If asked, I’d have to say that one of my favorite things is being contacted out of the blue with a job offer. That ranks right up there. Even in the pre-Covid days when we had daily human contact, I never quite knew if anyone outside my immediate work-circle remembered me. Then my phone would ring or my email would chime and there they were. Even if I had to decline the offer, it was always affirming to get some proof that I wasn’t forgotten.

Getting that proof was even sweeter in Covid world when daily human contact shrank to the size of a Zoom window. And that’s how I ended up working on two episodes of Samurai Rabbit. 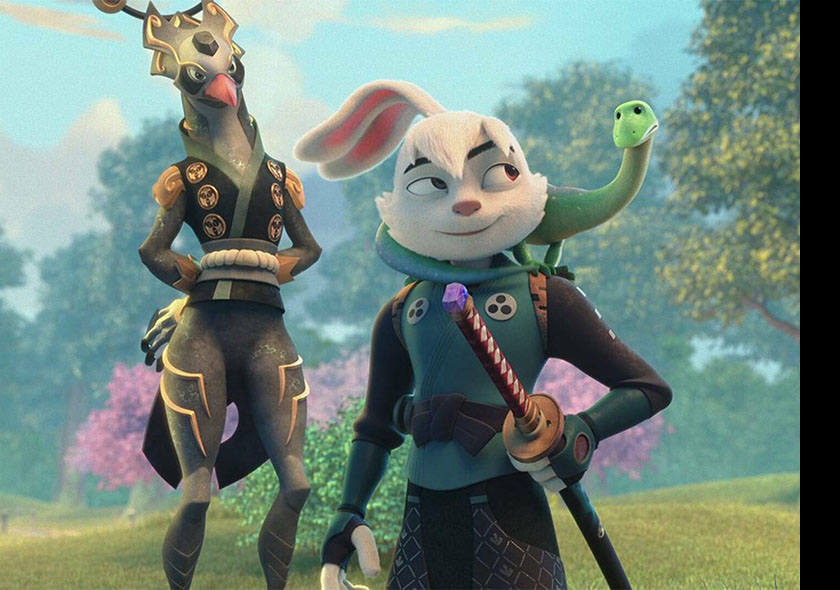 The offer came in September 2020, shortly after the collapse of Marvel Animation Studio (long story for another day) and shortly before my next gig was scheduled to begin. So I had a window of opportunity to do something else, and this popped up to perfectly fill it. I’d never read Stan Sakai’s long-running Usagi Yojimbo comic book series, but Samurai Rabbit was a sequel about a descendent, so no prior knowledge was necessary.

I was invited in by Director Alfred Gimeno (who I’d worked with on my last Marvel project) and Supervising Producer Ben Jones (who I’d worked with on WB shows like Teen Titans and Batman: The Brave and the Bold). Alfred needed some help and I was glad to give it. My first assignment was a chunk of Episode 6, and my second was a chunk of Episode 8. They fit me like a glove, and my only regret was that I couldn’t do more since I’d already committed to another upcoming show.

Since I don’t have much more to say about Samurai Rabbit, this seems like an ideal time to describe the impact of Covid on the animation industry, because we were in the thick of it at the time I worked on this series. Animation was hit just as hard as every other sector of showbiz, but was uniquely suited to absorb that hit and stay on its feet due to three critical factors. 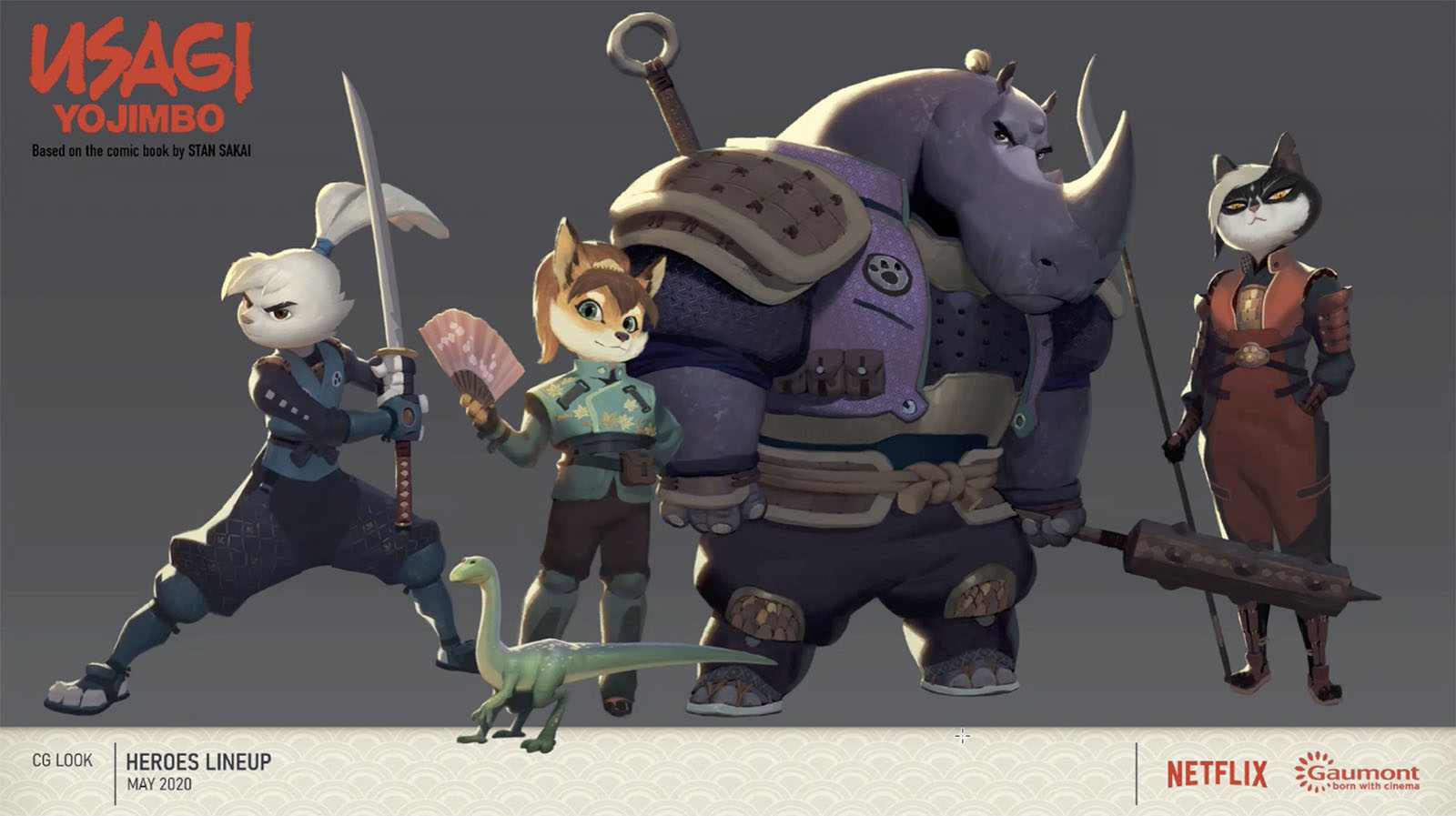 Freelancing from home has been a prime component of animation for as long as I’ve been in-biz (starting summer of ’96). The nature of the work is mainly solitary, even if you’re a member of a crew in a studio. Most of us are hunched over our drawing board 90% of the time. The other 10% involves meetings with directors and other artists to discuss and review the work. When we shifted from studios to home offices, that 10% was shifted to Zoom calls without much trouble. 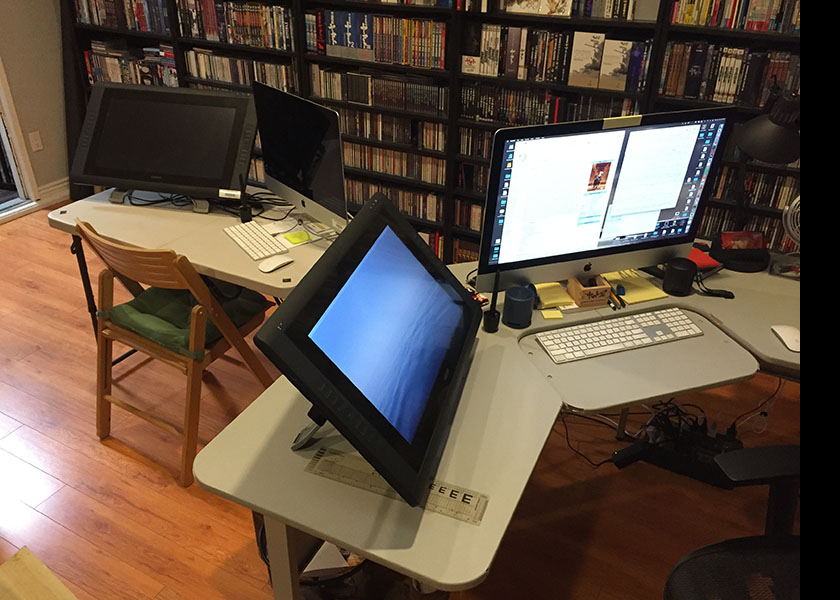 Digital-drawing workstations had been a staple of our industry for well over a decade when lockdown began. Prior to that, we needed pencils and paper (LOTS of paper) and access to a photocopier. Once tablets came along, we didn’t need them any more. If you worked in a studio, you were assigned a computer and a tablet. When lockdown came along, they were sent home with us. (My twin workstations are shown at left.) Even if we already had our own setup at home, company computers were more secure. Which brings me to…

Working at a studio gave us secure access to confidential materials (scripts, designs, voice recordings, etc.) stored on a server. We HAD to be in-house to get on the server. The IP was too valuable to risk via remote access from outside. Up to a point, that is. When I directed on Marvel’s Avengers Assemble, for example, I was in L.A. and my storyboard team was at a separate studio in Vancouver. They needed full access to our server to get reference materials and transfer large files, so it was incumbent upon Disney to create a secure environment for remote access. (And I’m sure our show wasn’t the only one.)

When lockdown was announced, Disney and all the other studios had no choice but to extend remote access to all employees, or there was simply no way to continue making shows. The solution was simple enough; send our work stations home with us. Once they relented, it opened the door to a whole new landscape. 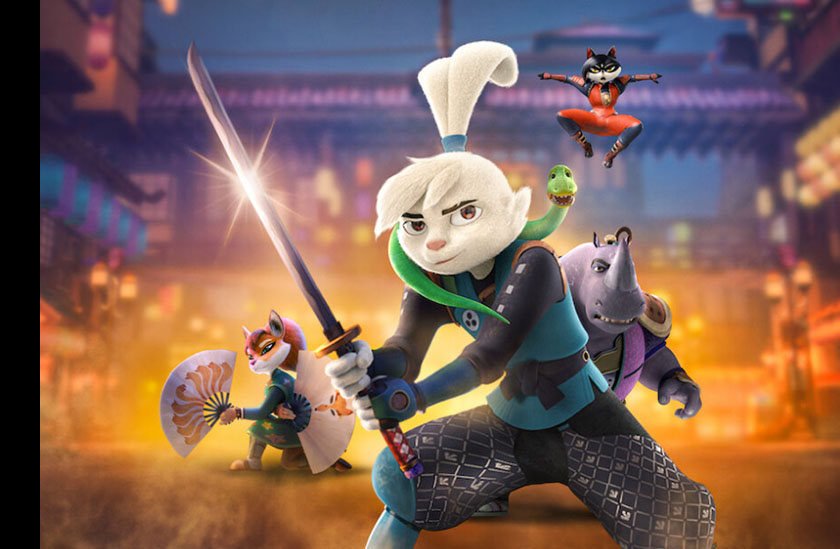 Samurai Rabbit was my first post-Marvel show, which made it my first project to begin and end entirely in Covid world. All three of the critical factors were addressed, allowing the entire industry to transform overnight into a work-at-home model. Unlike other industries, we didn’t miss a beat. In fact, when streaming services understood that animation was uniquely built to weather the storm, they shifted a lot more production energy our way. Job opportunities went up rather than down, and we could do the work from literally anywhere that had decent connectivity.

We were all extraordinarily lucky that every piece of our infrastructure was ready to go exactly when we needed it. If Covid had struck a year or two earlier, that luck would have been in much shorter supply. I’m writing this in June 2022 (over two years into the experiment), and it’s still going strong. When Magic The Gathering arrives later this year, you’ll see another successful result.

Below is all the work I did for Samurai Rabbit. See the finished episodes on Netflix right now!

These are animatics rendered directly from my storyboards. Revisions were made between this stage and the finished animation, but I did not take part in that process. We didn’t have the actors’ voice recordings at the time of boarding, so my partner Alissa and I recorded our own voices for this draft. Fortunately, she’s a professional.

Episode 6: Nobody Likes a Ninja 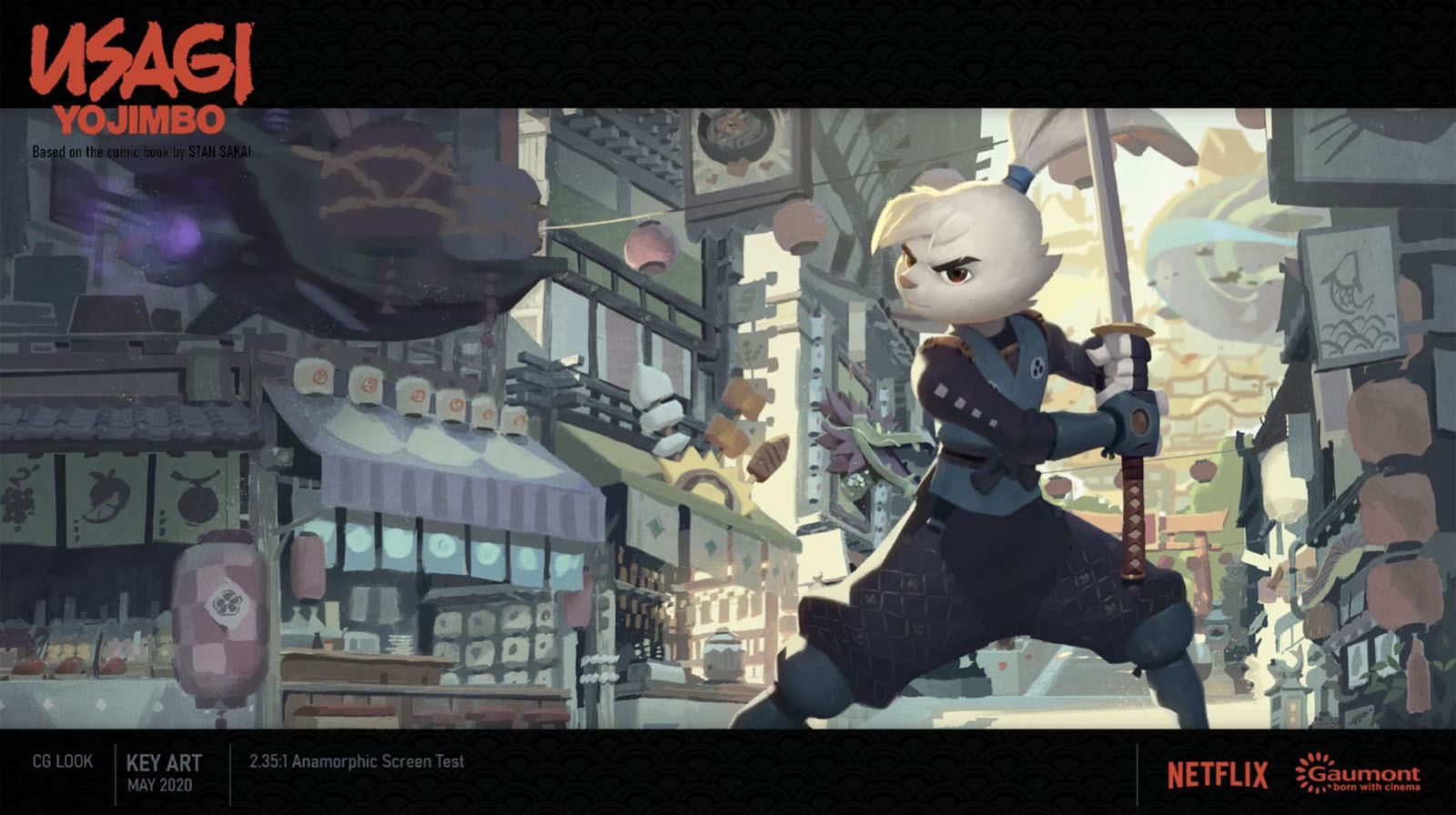