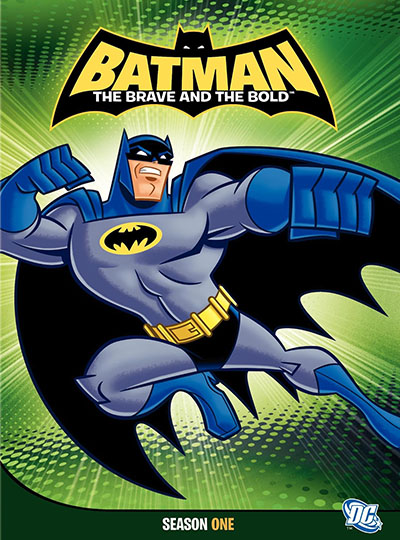 In the world of comic book readers, the DC vs Marvel rivalry goes way back. Nobody really takes it that seriously (unless they take it too far), but there’s a definite subset of fans that only gravitates to one or the other. In the TV cartoon world, however, a preference for camp A does not disqualify you from pitching your tent in camp B since both require the same set of storyboarding skills.

I was always a Marvel kid. I sampled a Superman comic and a Spider-Man comic within a year of each other (1974/75) and it was Spidey by a mile. I liked DC-based TV shows and movies just fine, but the comics never grabbed me enough to become a regular. When I finally got into storyboarding, the MTV Spider-Man was the first comic-based cartoon I worked on (in 2002). Plenty of other Marvel productions were to follow.

Soon after that, my first DC show floated into view in 2005: Teen Titans. All I knew about the characters was what I’d picked up from the 1982 Teen Titans/X-Men crossover comic. As it turned out, deep knowledge was not a prerequisite. I already had the qualification that mattered most: adaptability. It was great to work on and introduced me to a director named Ben Jones, who has spent most of his career on DC shows.

When Ben landed on a new version of Batman titled The Brave and the Bold in 2008, he called me in right away to serve as a freelancer on his crew. It was the beginning of a hugely enjoyable run that lasted for three seasons. I made it a point to save a lot of the materials from that production, so I’ll have a ton of it to share with you here. In this article, I’ll focus on my contributions to Season 1.

If you were a viewer, you know that the tone of the show could shift wildly not just from one episode to the next, but from one scene to the next. Deadly serious one minute, ridiculous the next. It seemed the goal was to mash up every imaginable DC character, often de-pantsing them with as much reverence as possible. Batman (handily voiced by Deidrich Bader) was a consummate straight man with a VERY long fuse, waiting for everyone else to catch up with him. If there was a story arc for the series it was simply for the cast, crew, and viewers to have as much fun as possible.

Season 1 premiered in November 2008 and ran 26 episodes. I was involved in eleven of them, starting with the very first. Today, all three seasons can be purchased on Blu-ray, iTunes, Amazon Prime or Xfinity (and were miraculously added to HBOMax the day before this article was published). If you haven’t yet taken the plunge, you have my full endorsement. Consider this page a giant bonus feature. 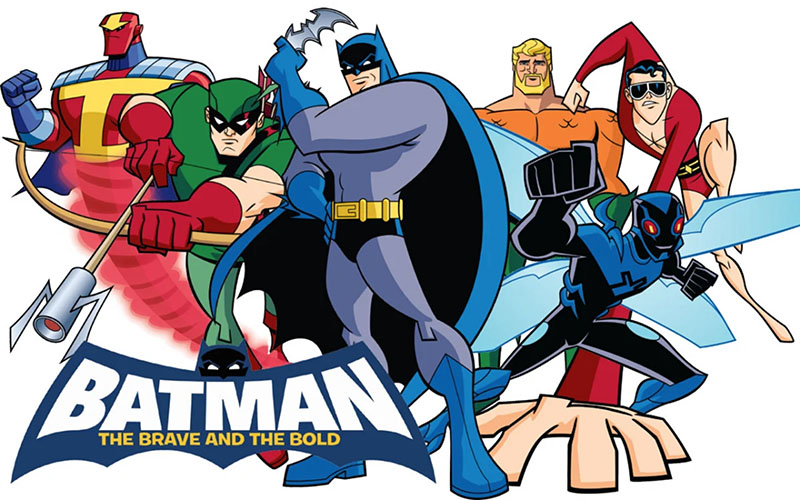 I didn’t save copies of all my storyboards for the season (that’s just too much paper to store), but I did preserve my favorites and all of my thumbnails. Viewing thumbnails will give you a unique insight into the process. They represent the first time the written word in a script was interpreted as a visual. It’s raw and unfiltered, capturing the movie in my head as rapidly as possible. It’s extremely rare for anyone outside a studio to see this stuff, so this may be a one-of-a-kind presentation.

In most cases, a storyboard assignment consisted of about ten script pages (one third of an episode). Sometimes they were ten consecutive pages covering a single act (designated A, B, or C) and sometimes they were scattered throughout a script to minimize crossover with other segments. It makes everyone’s job easier when, for example, you don’t need two artists to coordinate on a single action sequence. 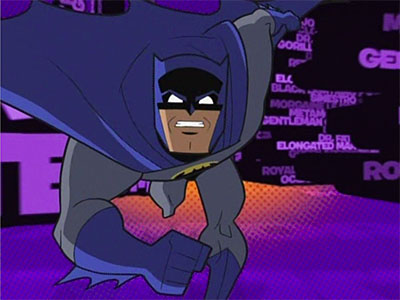 A thumbnail typically took me four or five days to draw, then it was handed off to the director for feedback. You will see director notes in a couple of these, which will give you an idea of how the initial ideas get modified on the way to becoming a full storyboard. Nobody likes getting revisions, but they go down a lot easier when you’re revising a cheap thumbnail that only took a few seconds to draw. It gets painful farther down the line when you have to throw out finished storyboards. But that’s a topic for another day.

Thumbnails are my favorite part of the process because they’re intuitive and spontaneous, and when you’re on a roll you can bang them out quickly. They remind me of the days when I wouldn’t plan out a comic book in advance; I’d just dive in and react to the story ideas as they came to me. (It actually does require planning and foresight, but the energy feels the same.)

There’s a lot of shorthand in a thumbnail, since it’s made exclusively for a director who understands filmmaking language. Therefore, you’ll see initials for character names and occasional movie jargon. But there should be enough for you to get a grip on what’s being presented and enjoy the ride!

1. Rise of the Blue Beetle

Batman takes Jaime Reyes, the newly-minted Blue Beetle, on a test run to stop an approaching meteor. Instead, a wormhole transports them to another planet where they have to rescue an alien race from the evil Kanjar Ro. I did the first action sequence described here, then jumped to the end of act B and did all of act C. I always liked getting an act C because that’s where the biggest stuff happens.

I mainly worked on act A of this episode, starting after the opener (the openers were all self-contained mini-episodes). Batman and Green Arrow are constant rivals in the series, so it was cool to get a sequence where they try to one-up each other. They are pulled back in time by Merlin to face off against Morgan Le Fey and Etrigan, so I did the setup for all that and jumped right over the main adventure to the epilogue. Easy-peasy.

Gentleman Ghost has “killed” Batman as this one begins. As he tries to raise a zombie army Batman (in spirit form) is aided by Deadman and the still-living Green Arrow and Speedy. After choreographing two archers in this show, I never wanted to draw an archer again…so naturally I spent the next ten years drawing Hawkeye in Avengers cartoons. My sections skipped around from almost the start to almost the end. I also note that it was the show’s first widescreen episode. After spending my entire career in a 4X3 box, it was a welcome change.

The Green Lantern corps is MIA after a huge space battle with Despero. Batman must team up with “leftover lanterns” G’Nort, Guy Gardner, and Sinestro to defeat Despero before he turns the living Green Lantern planet into a weapon. This was another show where I handled the act A setup and the epilogue with the heavy stuff going to others. In this case, it meant more (and funnier) talking scenes than action scenes, which is a nice break after an action heavy-episode like the previous one.

This was the second of a 2-parter in which Batman has been gone long enough for an evil double named Owlman to smear his name. After a tussle with Owlman, Batman goes on the run from Green Arrow, Plastic Man, Blue Beetle, and Red Tornado…right into a truce with the Joker! I did act A and the first part of B for this frenetic episode. It was my first round with Plastic Man and Joker, and boy were they fun to draw!

If I remember right, my regular assignment wasn’t ready yet so I switched over to a different director and did the opening teaser for his current episode. These were a staple of the series, a pre-credits mini-episode that often didn’t connect to anything else. They were always a pleasure, since it was like having an entire episode to yourself, and they could explore slightly different storytelling styles. This teaser involved two characters I’d never handled before, The Question and a villain named Equinox.

For this episode, I got to do both the opener and an extended action sequence that carried through act A into act B. There’s a lot of girl power in this one with Black Canary in the opener against Solomon Grundy and Huntress for the rest of the show against the Baby Face gang. Blue Beetle tags along for the ride and gets his first super-crush.

In a show this wacky, it was only a matter of time before we saw Ace the Bat Hound or Bat Mite. And then we got ‘em both in the same episode! Ace plays a part in the opener, and Bat Mite (voiced by Paul Reubens) steals the rest of the show. My assignment covered the opener and most of the act A setup, then others took over. A few director’s notes are intact, but there weren’t many.

I did only a small portion of this episode (part of act B) as a fill-in to help out another director. Here, the android Red Tornado has created a “son” named Tornado Champion who goes up against a villain named Major Disaster. With Batman’s help, Red Tornado educates Champion in the tricky concept of morality.

Gorilla Grodd travels to the future where intelligent animals rule over humans. Batman follows him and teams up with Kamandi (the last boy on Earth) to bring him down. This was my favorite episode of the season, the one I saw completely in my head when I read the script. I got to draw the act A setup and the act C climax, so I definitely kept a copy of the finished storyboard. I never read Kamandi comics, but if I’d known as a kid that they were an expanded take on Planet of the Apes by the mighty Jack Kirby, I for sure would have jumped on. If you’ve seen my Grease Monkey comics, you know I’m all about the apes!

25. Mayhem of the Music Meister!

This one turned out to be quite a lottery ticket. It was a musical episode, the one everyone remembers most out of all three seasons, AND it was even nominated for an Emmy. Batman and Black Canary are pitted against Music Meister, who exerts powerful mind control through song. When I walked into the handout meeting, my director warned me it was going to be a doozy; storyboarding musical sequences is even more intense than fight choreography, since stuff is moving all the time and the shot count goes through the roof. Lucky me, I got to do two. (I don’t even want to think about what it took to write and record them.)

Song 1 Drives Us Bats: Storyboard | See it on Youtube

See the Wikipedia page on this episode here

Click here for a gallery of hero character designs