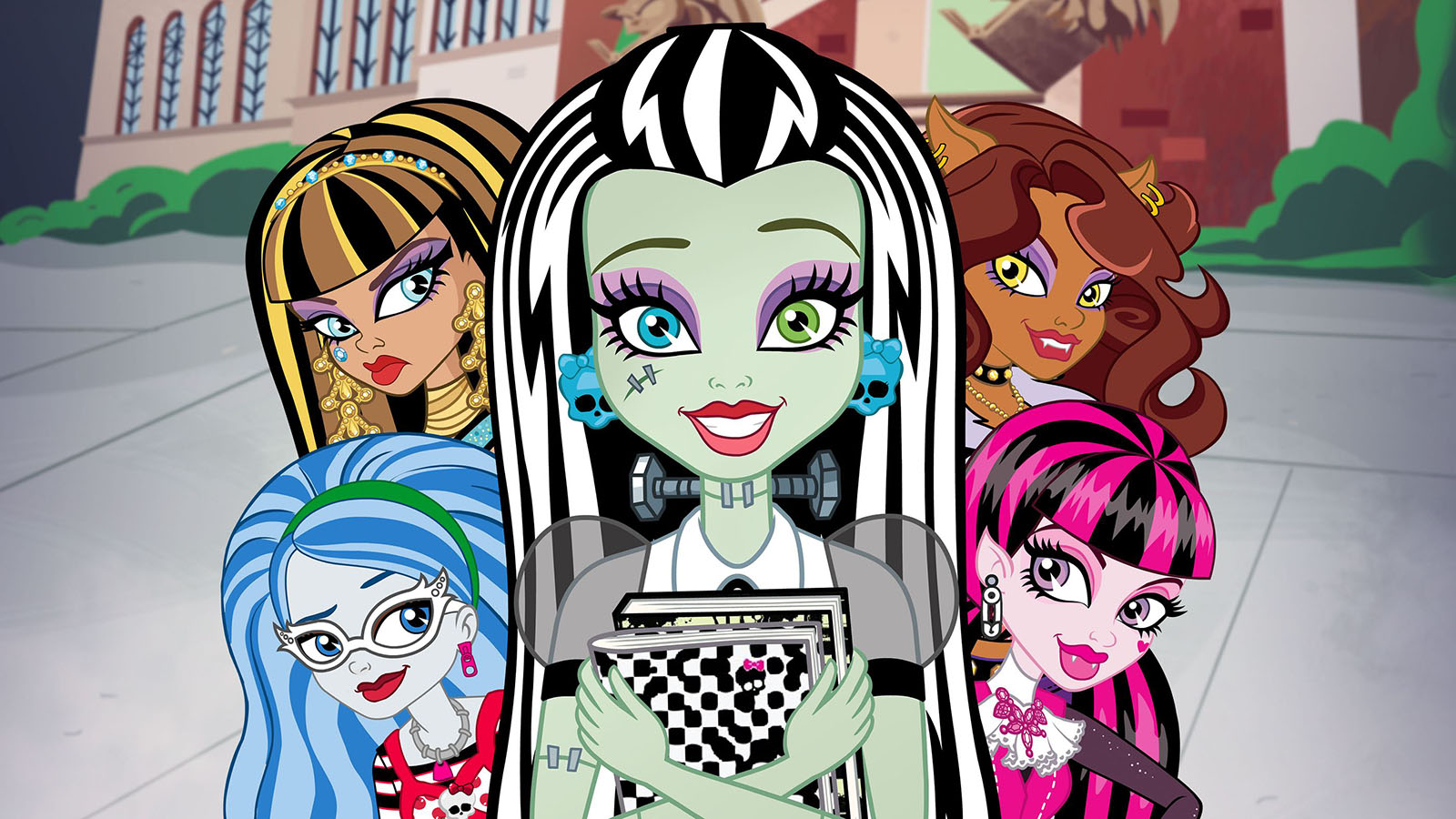 It’s a pleasure when you can say yes to a job. It can also be a pleasure to say no, because it usually means that you’re fully booked. But it’s always a good idea to say yes whenever you can, especially if the job is outside your comfort zone. Because those are the jobs that have the most to teach you.

As a guy who got the hell out of high school in 1983 and never looked back, I’m not compelled to work on high school stories. Particularly high school stories about angsty teen girls. So when I got the offer to storyboard exactly that, I went into it with some hesitation. Was I equipped to pull it off? That question occurs to me every time I get an assignment that isn’t a superhero or action/adventure show. Those I can dive into without a second thought. But Monster High? That was a whole different creature.

On an unusual assignment, there’s an immersion period with predictable phases. (1) I don’t know anything about this genre, I shouldn’t have agreed to it. (2) I recognize what the script is telling me to do here, so I’ll just do that. And finally (3) OK, that scene works so I’ll move on to the next one.

Repeat that a few times and your storytelling instincts fill in your knowledge gaps (which are actually just obstacles created by your own preconceptions), and pretty soon you’ve got a grip on it. At least, that’s how it goes for me. Everyone’s approach is going to be different, because everyone’s experience is different. But I’ve never found any job to be insurmountable. The only times I’ve “failed” is when I wasn’t in sync with a director. That has happened only twice that I can remember. Statistically insignificant.

Regardless of the show content, this was an invitation I couldn’t decline since it came from my most important industry mentors: Supervising Director Eric Radomski and Producer Audu Paden. I’d worked for both of them separately on many projects, and I couldn’t miss the chance to see them both in the same room at once. We met at Wildbrain Studio in the summer of 2009 and they laid out the scope of Monster High: it was a 23-minute episode titled New Ghoul at School that would debut on DVD. The characters were teenage girls based on classic movie monsters. Mattel wanted to build it into a major franchise, and this was going to be part of the launch.

Jumping ahead, I can report that it did indeed turn into a major franchise. The dolls launched in June 2010, New Ghoul debuted in October, and the Goth audience ate it right up. This led to video games, books, collectible products, and a LOT more animation (Some of which I continued to storyboard). Apparently a relaunch is in the works as I write this (in early 2022) involving another animated series and a live-action film. So…good for them.

Returning to summer 2009, when all of this was yet to happen, Monster High seemed to me like something that would come and go, like several of the other titles on my resume. Like some of those titles, it would be animated in Flash. This is a software platform that exists in the realm between 2D (hand-drawn) and CG (computer animation). It’s the digital descendant of paper cutouts moving around in front of a camera. Like all other forms of animation, it has its own advantages and disadvantages.

The advantage of Flash over 2D is that you don’t have to continually redraw the characters. Instead, you assemble them from parts that rotate on virtual joints. Once the parts exist, you can use them over and over. This means those parts can be highly detailed; you can bling them up as much as you want. The movement is also much smoother than 2D, since everything can move in every frame. The disadvantage is that you’re limited to flat puppets with flat dimensions.

But that’s the advantage of Flash over CG; since the models are flat, a computer doesn’t have to calculate and render complete shapes with interactive lighting, so the output of your pipeline is much faster. The disadvantage is that you’re very limited in terms of depth and distance, and some camera angles simply aren’t available to you.

Having worked in all three of these mediums, my approach to each one is the same: use the advantages to your benefit and avoid shots/angles/storytelling that call attention to the disadvantages.

With Monster High, the “bling factor” in the character design was its greatest strength. The intricate detail on the characters gave them a lot of screen presence. The job of making them emotionally engaging was shared by the writers and myself; the script had to give them a relatable story and I had to physically move them through it in the storyboard. Given that this franchise is still going after more than a decade, it sorta seems like we succeeded.

I remember that the design materials were already well-worked out before I got there, but nobody had organized them yet for storyboard purposes. In order to get started, I had to catalog a huge collection of backgrounds into a coding system so that I could indicate them rather than draw them. You’ll see those codes in the storyboard I’ve linked below. It sounds like a small thing, but it was a huge benefit for everyone who came in after me.

After New Ghoul at School, I returned to superhero world with Batman and Avengers: EMH, then in 2010 I was called back to storyboard twelve of the short-form “webisodes.” When I did research for this article I discovered that there were far more than I expected: a staggering series of 189. That’s a load I’m glad I didn’t have to carry all by myself.

The last thing I can add here goes back to my opening statement about taking jobs outside your comfort zone. Since you never know when you might be called back to high school again, it’s always a good idea to make that zone as large as possible. 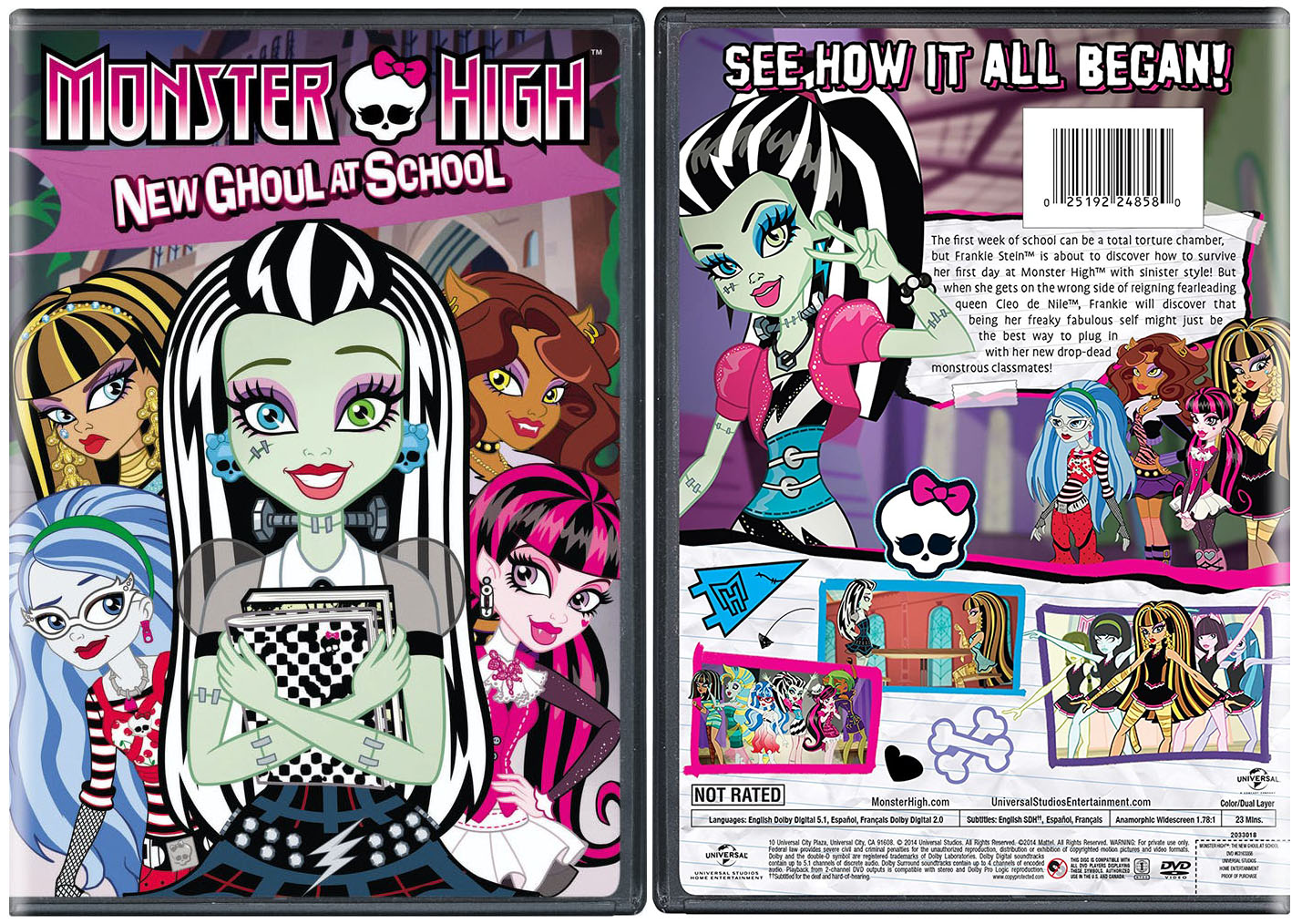 All 189 webisodes in order

The Good, the Bat, and the Fabulous

Hatch Me if You Can

Date of the Dead

A Scare of a Dare 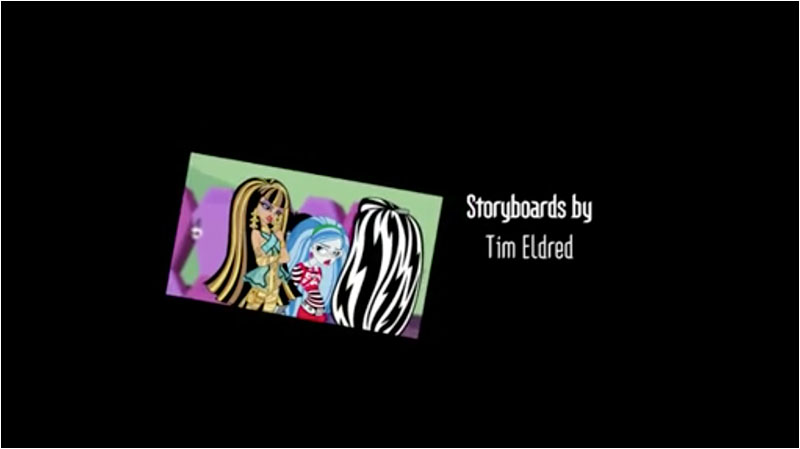