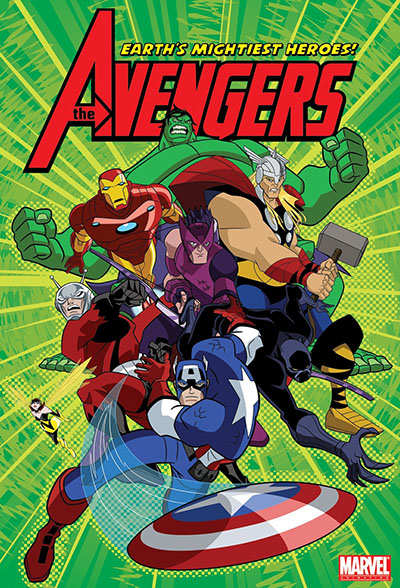 This 2-season series wasn’t the first Marvel cartoon I worked on (that was the 2003 MTV Spider-Man series) but it certainly was the busiest up to that point. It was made during what we now call Phase One of the MCU, prior to the arrival of the first Avengers movie in 2012. This made it the last Marvel series before Disney bought the company – in fact, the buyout happened while EMH was in production – so it operated under a different set of rules about which characters could be used.

Those who have followed Marvel copyrights know the tale; over many decades, various characters were licensed out to different studios at different times to make movies and TV shows before the MCU as we know it came to be. X-Men, for example, lived at Fox. Spider-Man lived at Sony. Marvel itself was not in competition with them, so characters could be mixed and matched in a cartoon made by Marvel. When Disney stepped in, all that changed. As years went by, some of those licensing agreements loosened up or expired and allowed characters to come back to the fold.

In the days of EMH (2009-2011), Spidey, the X-Men, and even the Fantastic Four could wander through an episode without needing anyone’s permission. Ditto all their many foes. That made EMH great fun to work on. Until I picked up a script, there was no telling who I would get to draw in my next assignment. There was also the freedom to channel as many of the Marvel mythos as we liked. If a moment in an episode happened to sync with a moment we loved in a comic, we were encouraged to emulate it.

I came on board in 2009 as a freelance storyboard artist for the latter half of season 1 and stayed on through season 2. It started as many such jobs do; someone you worked with before checks in to see if you’re available to help them on their current show. In this case, it was an episodic director named Sebastian Montes who I’d met over ten years earlier at Sony. It’s not a huge industry, so you will be reunited with many people on several projects. That’s why it’s always a good idea to stay friendly.

I’m well-known for handling heavy-duty action sequences with a lot of fight choreography, so directors knew they could hand them off to me and get them back on time. After you turn in a storyboard, that’s where your authority over it ends. It goes through several reviews before it is approved for animation, so unless you’re involved in that process you have no idea how much of your work will survive in the end product. As a freelancer, my involvement in a particular episode ended when I met my deadline. So I had to wait for broadcast (sometimes a year later) to see how I’d done. As I reviewed my episodes to put this page together, I was relieved to discover that my score was pretty darn close to 100%. That’s what keeps you employable.

My only negative experience with EMH was that I wasn’t fond of the initial character designs. They were blocky and chunky in ways that didn’t come naturally to me. You could have sliced a pizza with some of their body parts. But they became much more appealing as the designs evolved in the second season thanks to Character Designer Thomas Perkins, one of those guys I’m happy to keep running into. (He and I have found ourselves on the same crew many times, and I even brought him on to design characters for my webcomic Pitsberg.)

Overall production of EMH was handled by Film Roman Studio, and the series ended after season 2 due to the aforementioned Disney buyout. Marvel Animation Studio then opened its doors in 2012 and I was honored to join the crew of Avengers Assemble as a director for five glorious seasons. Fans of EMH were not at all reserved in their disappointment over the show’s loss, and I can’t say that I blame them. It was a ton of fun. But time moves on.

These days, every episode of EMH can be found on Disney Plus. If you’d like to see exactly which sequences I storyboarded, here is your guide. Click on the links to find data at the Marvel Fandom Wiki. 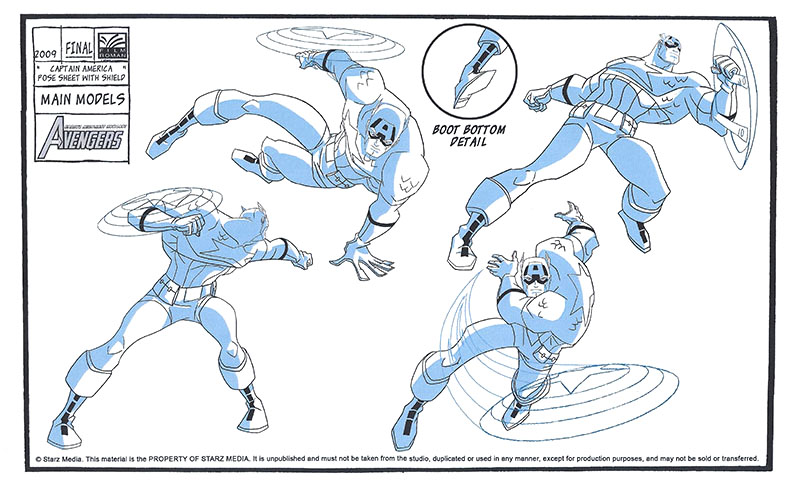 Click here for a gallery of character model sheets 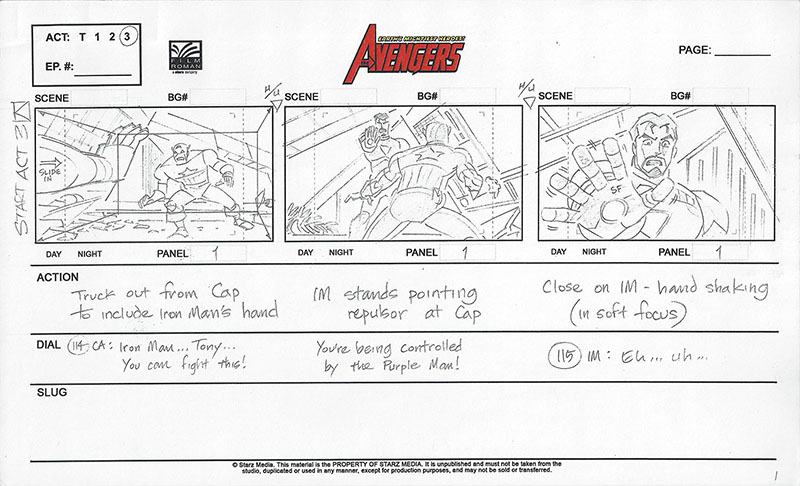 My storyboard for Emperor Stark, Act 3

One thing I can look forward to on a season of any show is that at least one storyboard will stand above all the others. I’ll read a script and something will click and I’ll instantly see the whole finished film play out in my head. From that moment forward, I’m just drawing what I saw, one scene at a time. No struggle, no second-guessing, no dead ends.

On EMH, this was that storyboard. If you take the time to compare it with the finished episode, you will see that it is almost completely intact on screen. That’s our version of magic.

Also noteworthy: EMH was the last series for which I drew storyboards on paper, so you will see many analog artifacts. After this, it was all digital drawing all the time. But we’re all better off with more trees in the world. 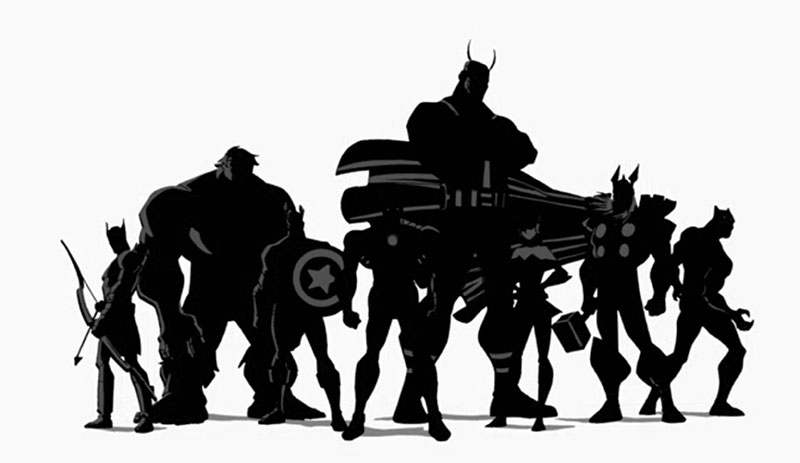