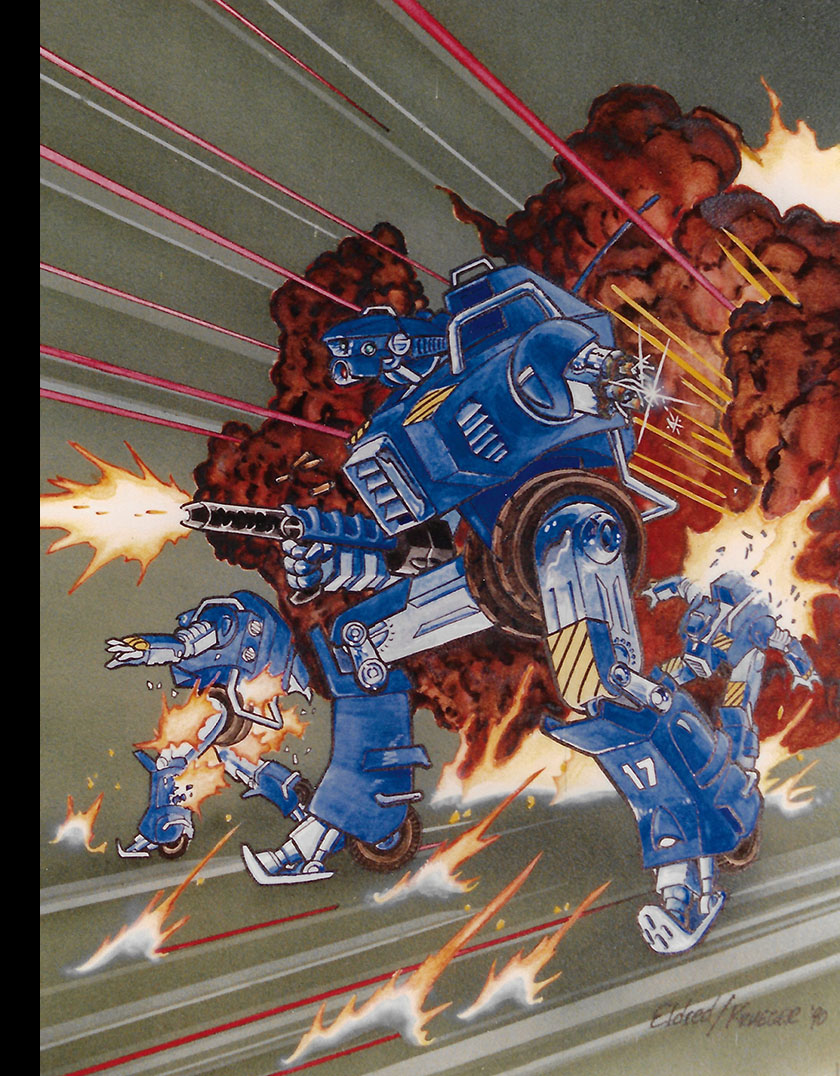 1990 was a pretty insane year for me in terms of drawing comics. From April through August, I drew more individual pages than at any other time in my career, a total of 15 comics in about five months. One by one, they were Lensman (War of the Galaxies), Broid Book II (Shatterpoint), and my second original series Chaser Platoon.

I covered the genesis of the project here, so now I’ll get to the project itself. I did all the writing, design work, and penciling, and Steve Krueger (my inker on Broid) took it from there. He wanted to give the series a different look, so after he carefully inked every page he added grey tones and textures with airbrush and watercolor. It was a ton of work, far more than he was being paid for, but he was determined to go forward with it and I sure wasn’t going to stand in his way. Looking back, I’d say the experiment worked, but we were both still quite green back then (it was only our second year as working pros) so it’s hard for me not to dwell on the flaws. If you don’t see them, I envy you.

There would be six issues, published under the “Aircel” imprint of Malibu Comics. This was a bit confusing, since all the titles with an anime/manga feel were typically part of the “Eternity” line. They may have explained their reasoning to me at the time, but I don’t remember it now. I think “Aircel” books all had an airbrushed or grey-toned look, so maybe that’s what motivated the decision. It matters not in the end.

As previously explained, I had the thumbnails for my Votoms fanfic as a starting point, but since I had to redesign everything I couldn’t just fall back on that material. It was still necessary to rough out the pages as I updated the story and put the new elements to work. Votoms names were changed to original ones, but the setup was so broad (interplanetary war with robots) I didn’t have to worry about changing the foundation. Still, I made sure to acknowledge my sources in every issue. 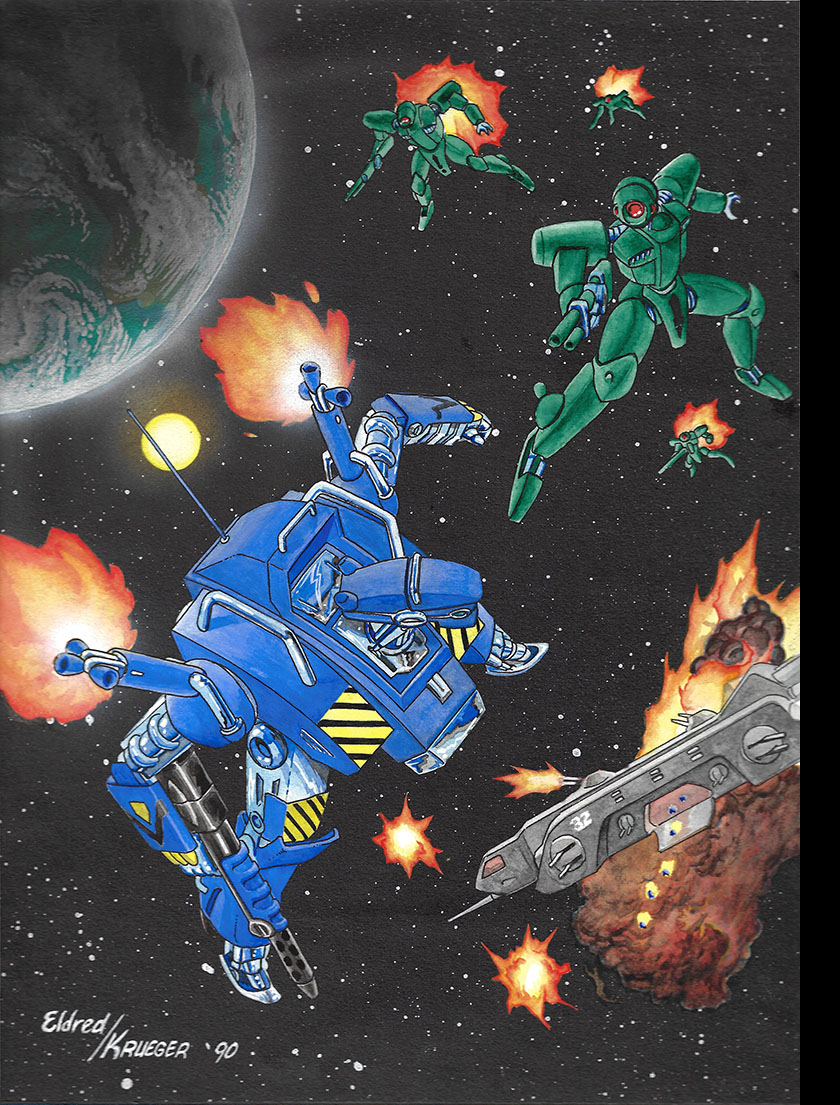 The way I approached my work schedule was to keep the “day track” the same, where I’d spend two weeks roughing and penciling an issue, then start another one. This way, I could draw two comics every four weeks. During this time, my “day track” was split between Chaser Platoon and Lensman. I’d draw two issues of Chaser Platoon back to back, then draw one Lensman and repeat. This was several months ahead of deadline; I started drawing the first issue in April 1990, and it wouldn’t be published until ten months later. But I learned that publishers never complain when you turn a book in early.

In order to accommodate Broid Book II, I added a “night track” in which I’d stay up late and work at a slower pace to finish an issue in four weeks. This went on until all four Broid issues were done, then I could drop the “night track” completely. It was empowering to prove to myself what I was capable of, and I was passionate about the material, but when it was over I hoped that I’d never have to work that hard again. I occasionally did, whenever I committed to more projects than I should have, but they usually went by quickly.

As I was preparing this article, I learned that Jack Kirby would grind through 15 pages a week back in the early 70s, and I was equaling that record without knowing it. At one point I realized that I’d drawn 100 pages in a single month during this stretch. That’s gotta be rare air.

I kept the original art for all but issue 2, which Steve asked for. No wonder, since it was full of hyper-intense mecha action that you didn’t see every day in American comics. That’s why I had to scan a finished comic book for issue 2 rather than original art. But it’s all there and 100% readable.

Going forward, I’ll present the series two issues at a time, just like I drew them. Enjoy! 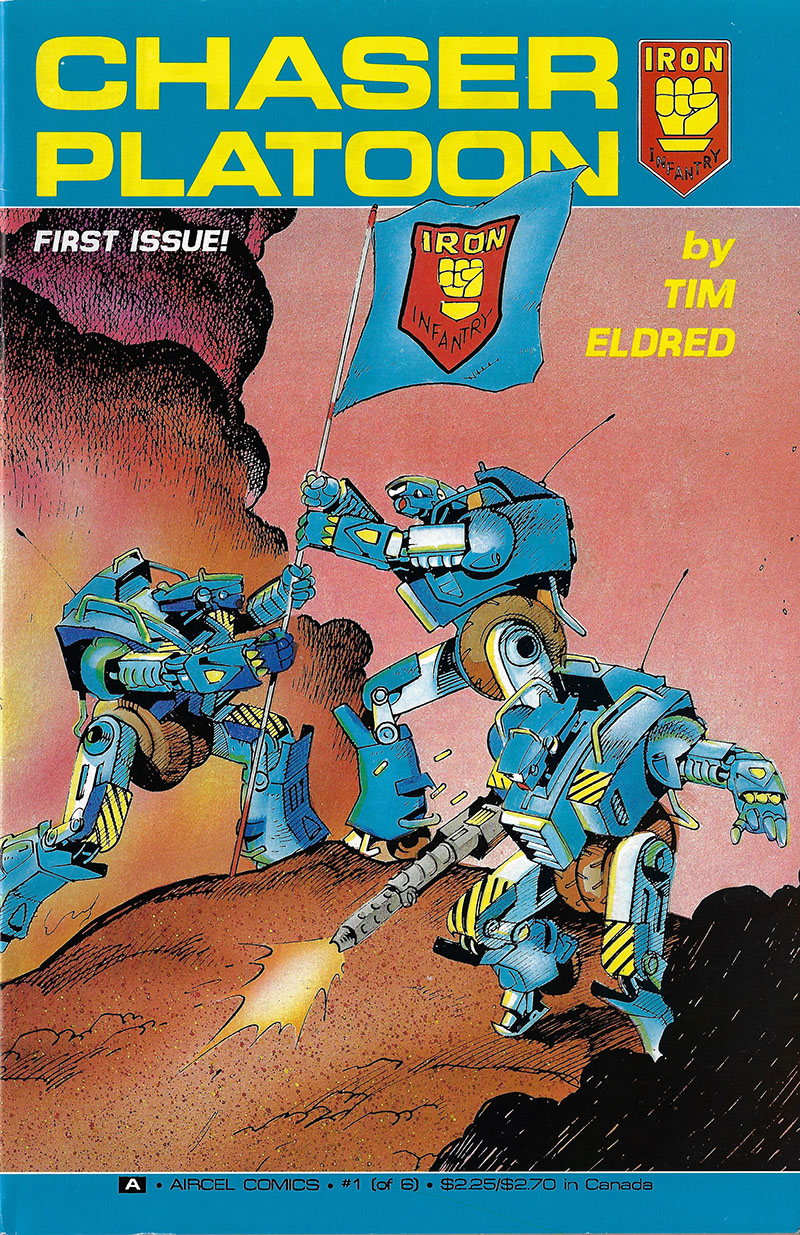 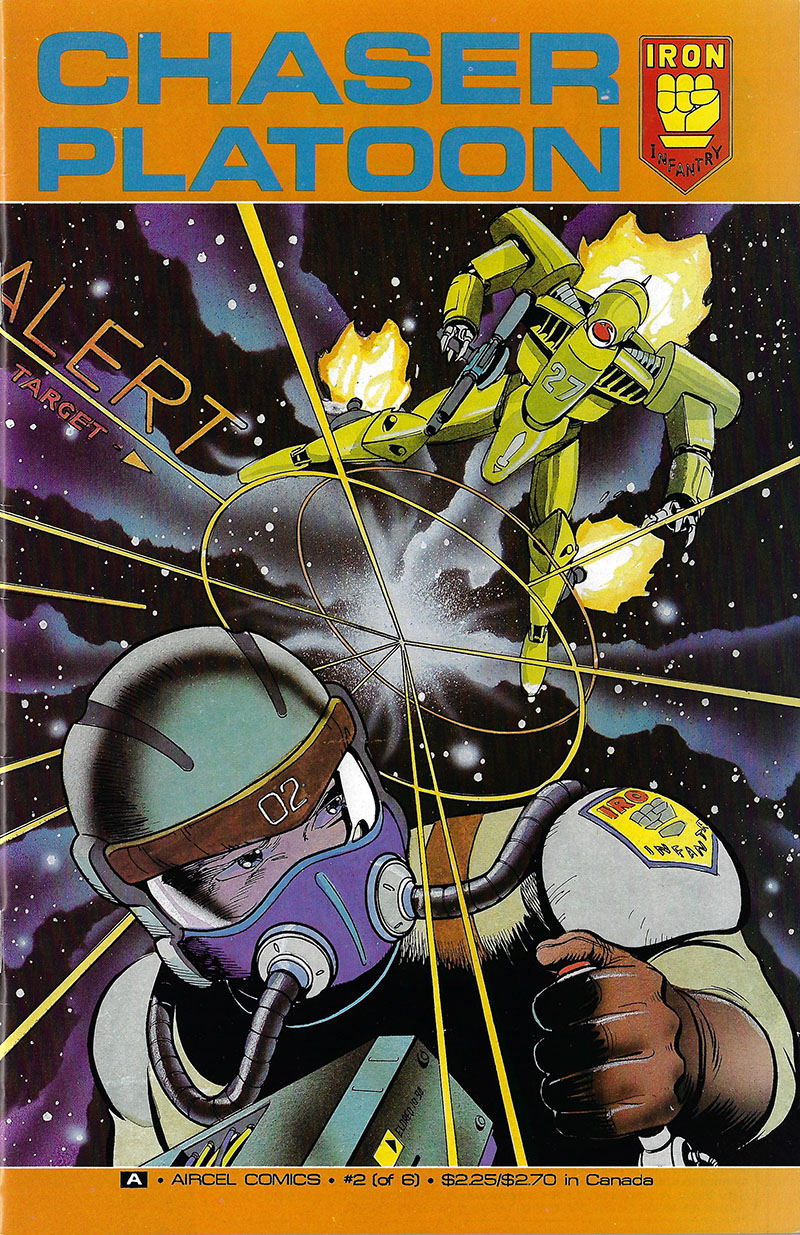 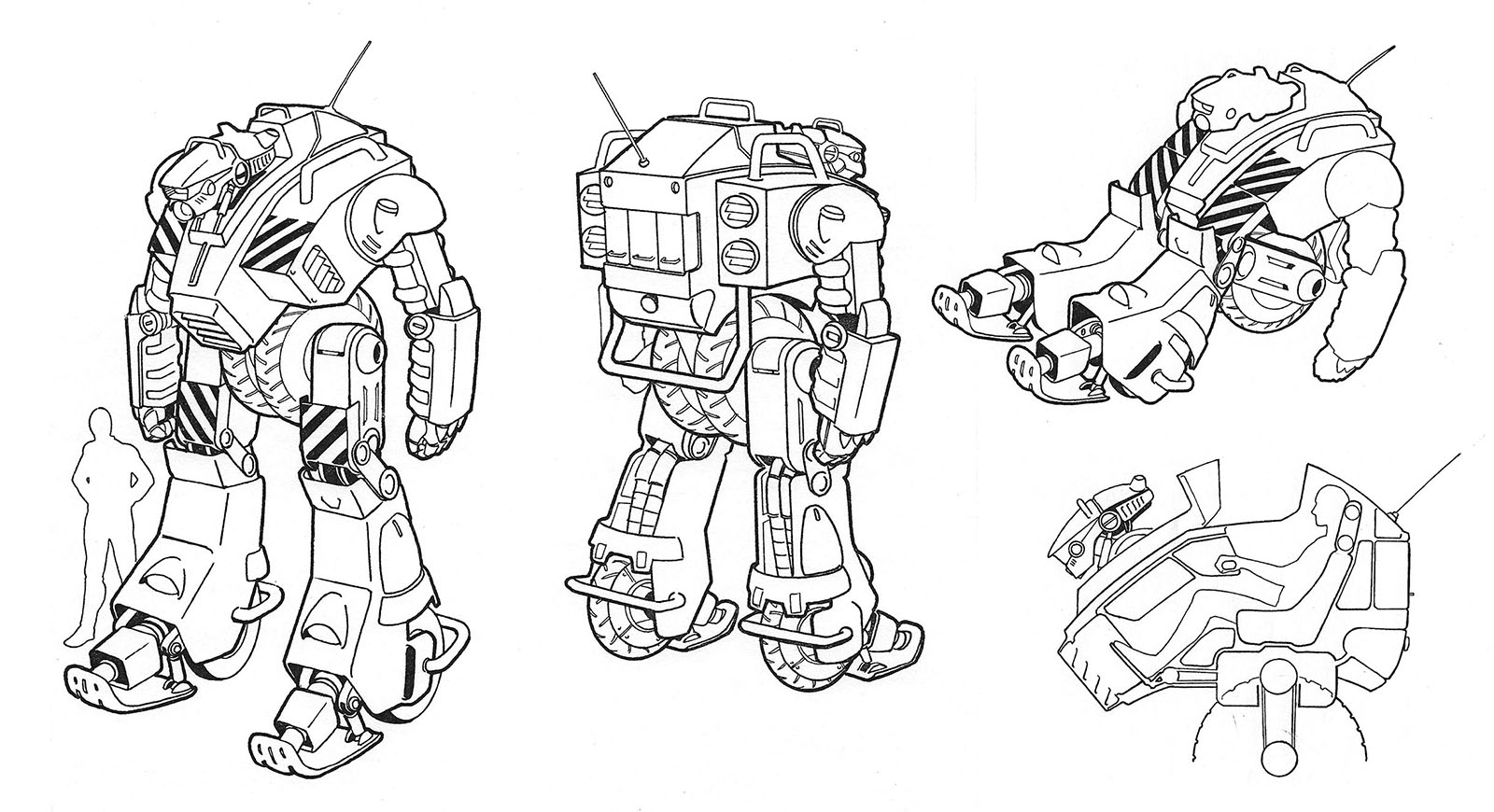