Have you survived and found your book, New Type? 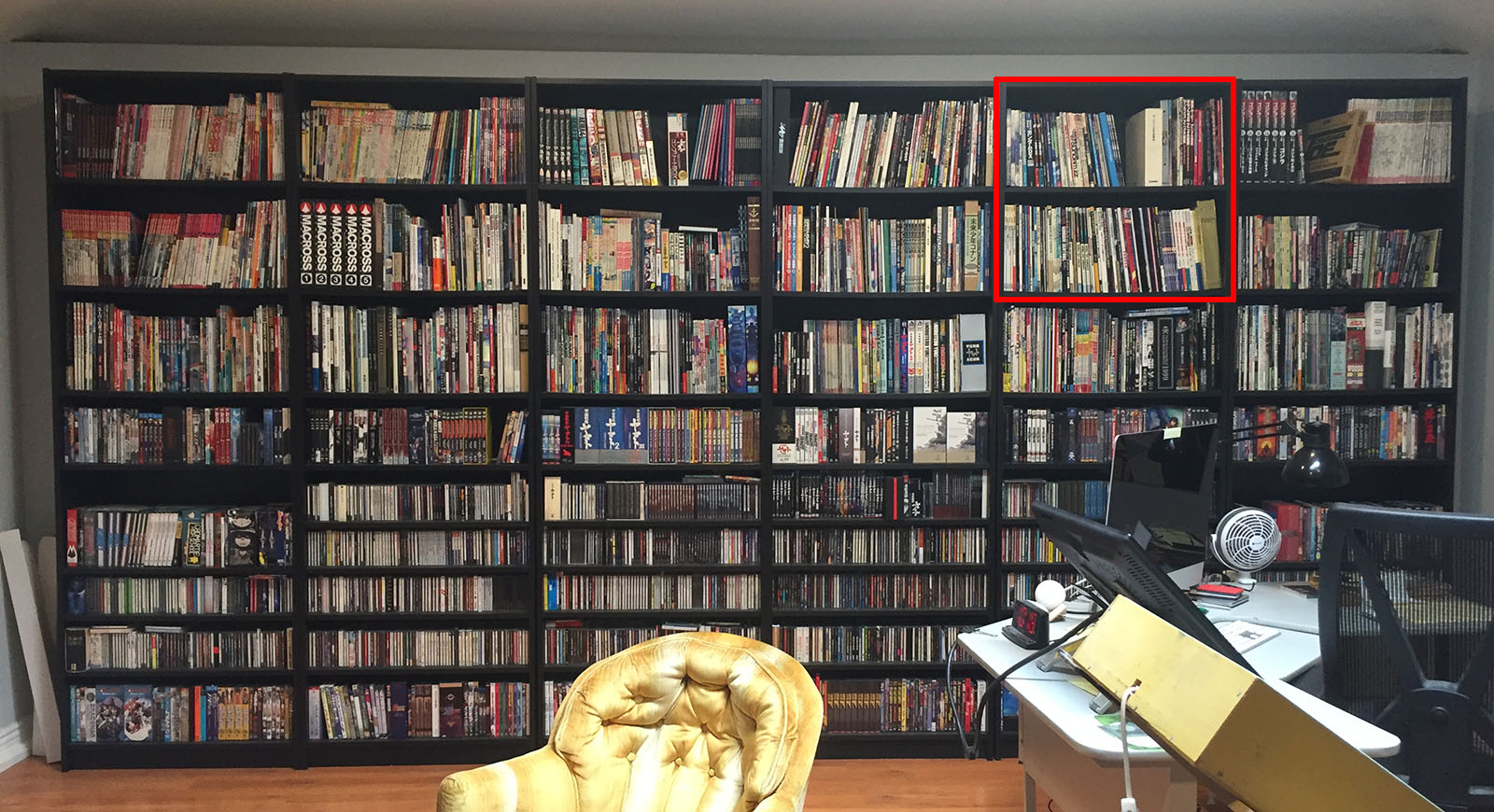 If you already know all about Gundam, skip down past the dividing line. If you’ve only heard the name and wonder what all the fuss is about, here’s a primer: Gundam is the Star Wars of Japan, multiplied several times over. If it’s not the biggest SF franchise in the world, it is certainly in the top five.

It began as a single anime series that broke all the molds in 1979, a tale of war between Earth and its orbital colonies with giant robots (though I can tell you from experience, Japanese fans cast heavy skunkeye if you call them that – they are MOBILE SUITS) and the expansion of human consciousness in the form of “elevated” individuals called New Types.

“First Gundam” looks pretty clunky by today’s standards and it wasn’t a huge ratings hit at the start, but it was the moment when the “super robot” genre hit puberty and turned into “real robots,” giving viewers a reason to continue watching anime into their teen years and beyond. Merchandising exploded, especially in the realm of model kits, and a non-stop franchise of sequels and spinoffs was born. Dozens of TV series and movies later, Gundam has gone from a cult classic to the most successful brand in Japanese history.

I’ve been watching since the first sequel, Zeta Gundam, in 1985. Some shows are great, others don’t interest me at all. Unless giant robots are a dealbreaker for you, there’s bound to be a Gundam you’ll like. Lots of other people write about Gundam all over the world, so I don’t need to go much deeper here. Try Wikipedia or tune into the excellent Mobile Suit Breakdown podcast if you feel like investigating. I’m here to talk about just one aspect: Gundam book collecting. 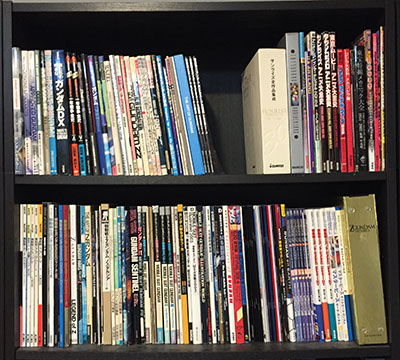 As stated above, Gundam is the Star Wars of Japan. Once you watch a Gundam show, it’s very likely you’ll pick up some merch. Once you do that, it’s very likely you’ll start a collection. Then one day you’ll move to a new address and you’ll suddenly realize what you’ve gotten yourself into. I’m a book hound, so that’s what I lug from home to home. Once you start down this dark path, forever will it dominate your destiny. Consume you it will.

With some anime programs, it’s possible to collect every book ever published. With Gundam, it isn’t. Period. Every new series or film not only generates more (guide books, art books, comics, novels, etc.) it merges into an enormous reservoir that is constantly being documented and redocumented. There are even books that valiantly attempt to catalog Gundam books (and other merch), which become obsolete as soon as they’re published. I don’t know if anyone is keeping count, but it must be well past a thousand titles by now with no end in sight.

The factor that makes them so numerous is the same one that makes each individual book unique; several publishers work hard to feed a hungry fan base, and nobody has an exclusive. Therefore, though they all license the same production materials, they compete for your eyeballs and money with different presentations and new artwork to dress it up. If one publisher held the rights to Gundam we’d have less to chase down, but it would lack the variety and vitality that makes the chase so rewarding.

So the good news is, whichever Gundam series you like most, multiple publishers will have created a book to document it for you. The bad news is, the temptation to get another one is constant. So many times I’ve thought, “There. After this one, I FOR SURE don’t need anything else on [series title].” But then, inevitably, I find another one. No joke; I blew past 200 volumes a while ago, and I still impulse-bought seven more that popped up during the research for this. But I can stop any time I want to. Really. I don’t have a problem, YOU have a problem.

But you know what? I love it. All the above may sound like a complaint, but I don’t ever want to be done with this hobby. It’s all about our favorite emotion: anticipation. Nothing beats that moment when a vintage tome arrives and you take in that old paper smell and wonder which obscure illustration or factoid is waiting for you between those covers. Then you open it up and there’s the magic again. They invented a slogan for Gundam when it reached its 30th anniversary: “Always Beginning.” And it’s true.

There must be other collections that surpass mine, since there are lots of shows I don’t follow. But this batch goes back to the very early days and leans on the UC [Universal Century] stories, so if you travel that path you might find a gem in here to hunt for. Japanese titles are provided for search purposes, and Amazon links will take you to books that are still in print.

(And if you want to see a REALLY complete list, visit the Japanese Gundam Book Collection website here.) 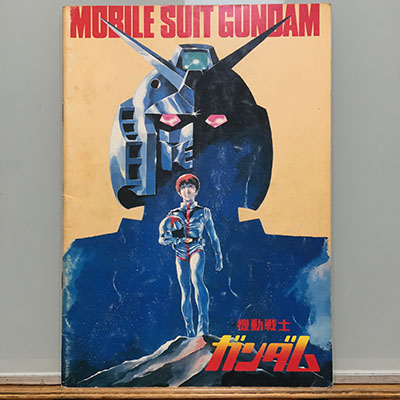 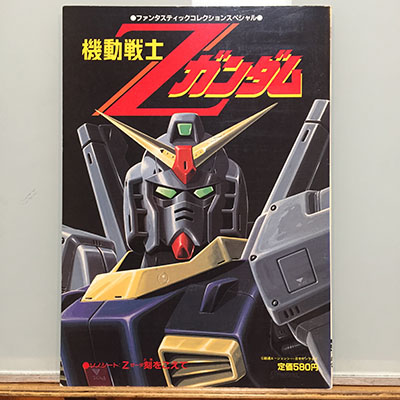 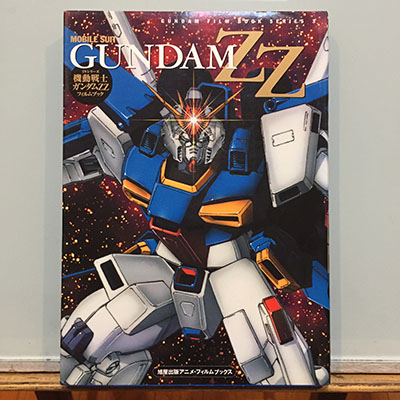 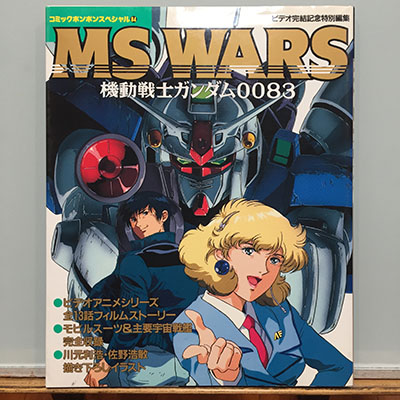 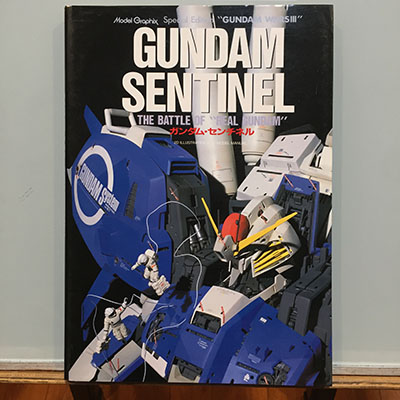 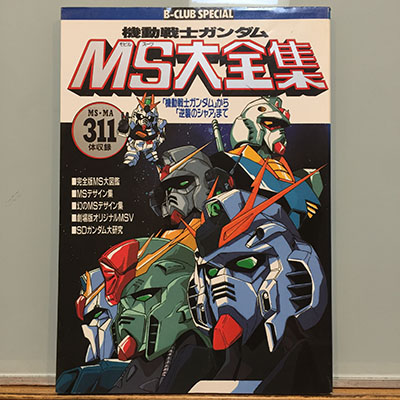 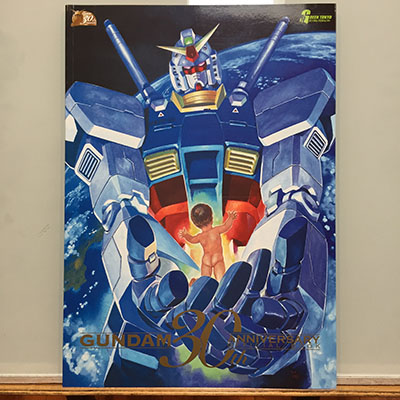 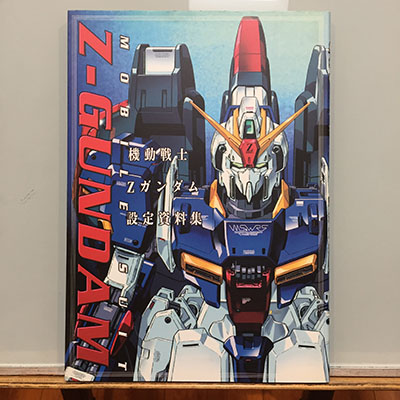