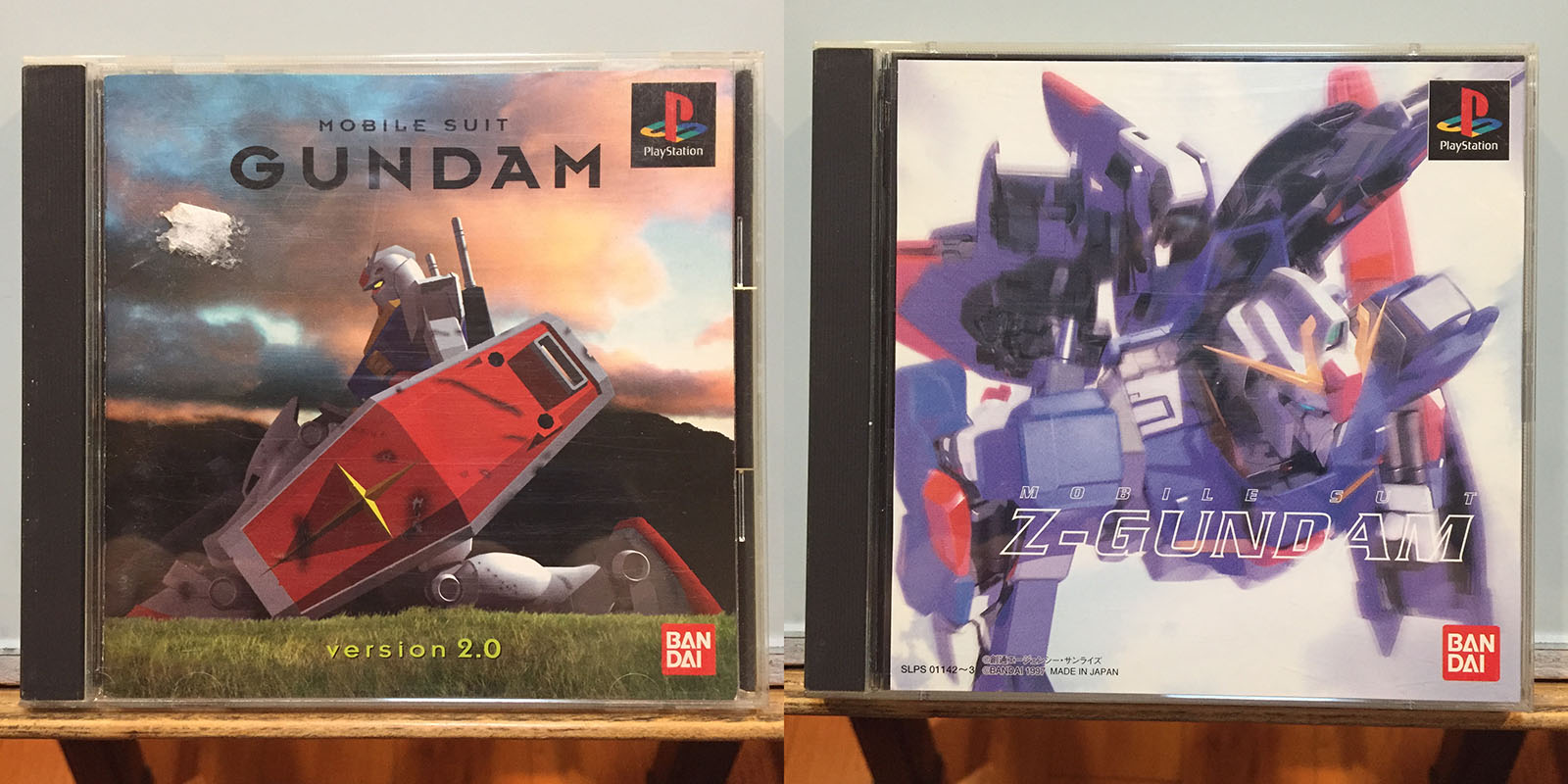 I bought a LOT of anime games for PS1 back in the 00s, and it was always a crap shoot. The language barrier could either be nonexistent or a brick wall, depending on the game mechanics. And you didn’t usually know which way it was going to go until after you bought the thing. This was one of the brick wall games for me. The CG graphics were always fun, but the game was just impossible for me to crack. Fortunately, there were more.

See the first stage of gameplay on Youtube here.

This game got some very high-end production quality, and I adored it from the first menu. Spread over two discs, it recreates the complete TV series from both Camille’s POV (disc 1) and Quattro’s POV (disc 2) with first-person shooter battles against enemy suits. The game was blessed with new music by the original composer and some very slick (for 1997) cutscenes, a hybrid of 2D characters against 3D backgrounds. It would have been great to see in hi-def, but it’s probably locked in 72dpi for eternity. Bonus rounds added mobile suits from 0083.

See all the cutscenes here. 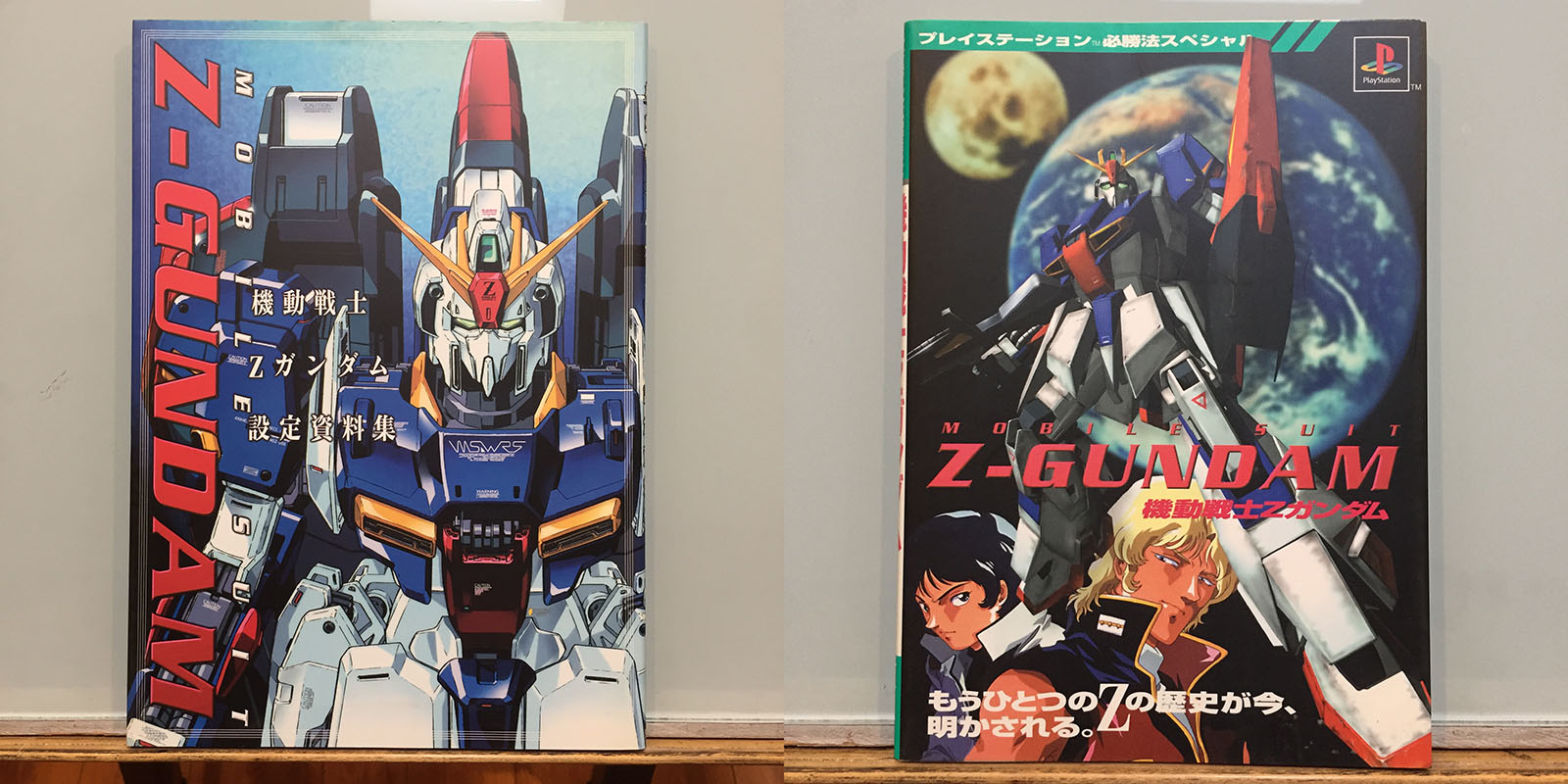 Large-format collection of art and stills created for the Z Gundam Playstation game. 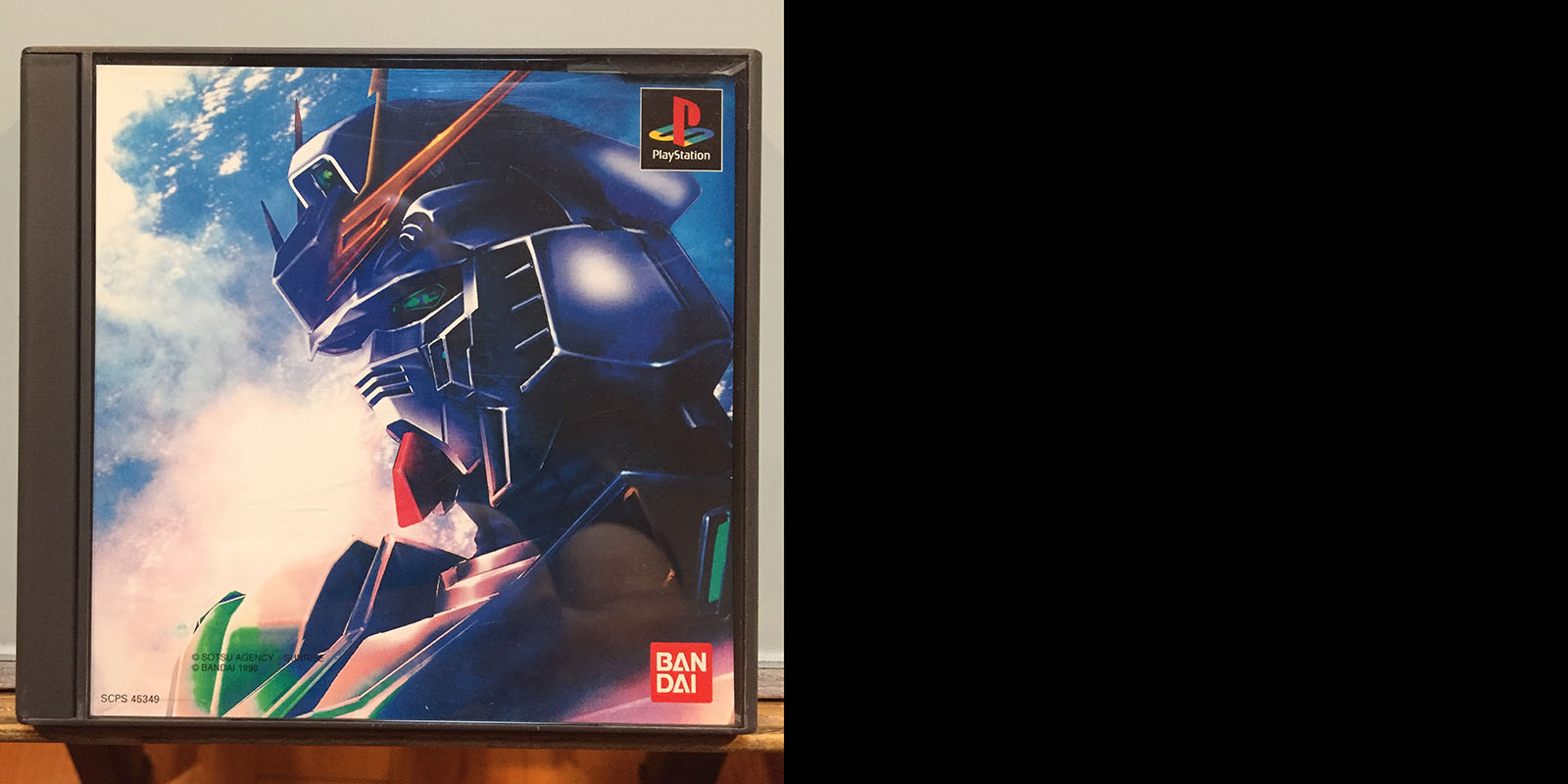 This was a pretty solid retelling of the movie in first-person shooter form, but was somewhat lackluster after the tour de force that was the Z Gundam game. Similar gameplay engine, but less content for a smaller story. It expanded somewhat by jumping back to First Gundam for some “flashback battles” between Amuro and Char, which was pretty cool. 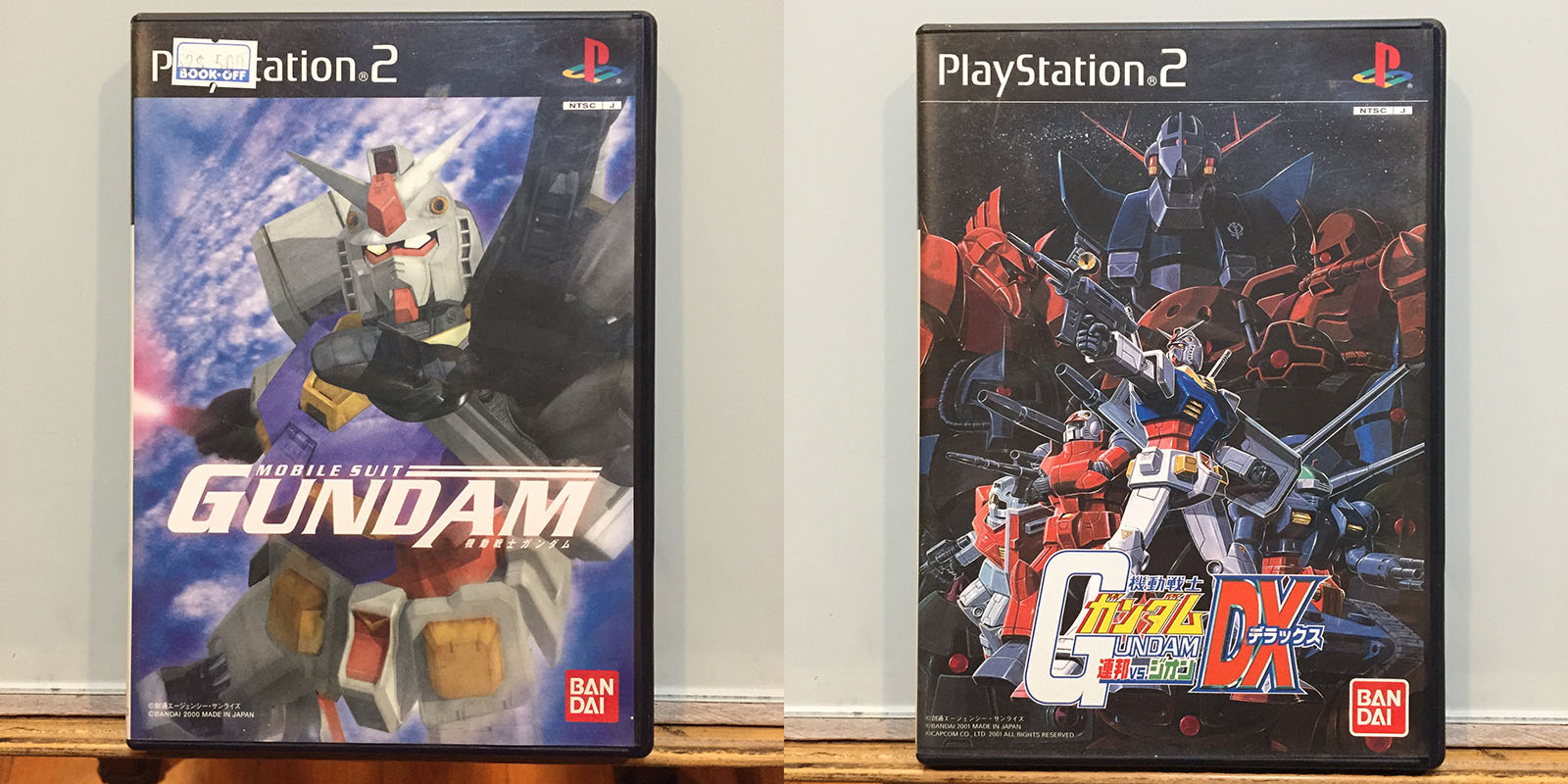 This is a weird one; I bought this (five bucks used) and must never have opened it because I looked at some gameplay vids and didn’t recognize anything in them. But anyway, it exists.

See the intro and some gameplay action here.

This one turned out to be exactly what I was hoping for; an energetic, easy-to-figure-out first-person shooter recreating the entire original TV series with lots of environments, a large catalog of mobile suits, and original music and voices. I gather there was an English-dubbed version for the US market, but after hearing the Japanese voices for so long, anyone else just sounds like an imposter to my ears. There’s also an arcade version where you can play any suit against other suits, and a couple of suits from 08th MS Team were thrown in for extra fun. Networking with other players was possible, but I never looked into that. Didn’t need to. I enjoyed every minute of this one on my own. 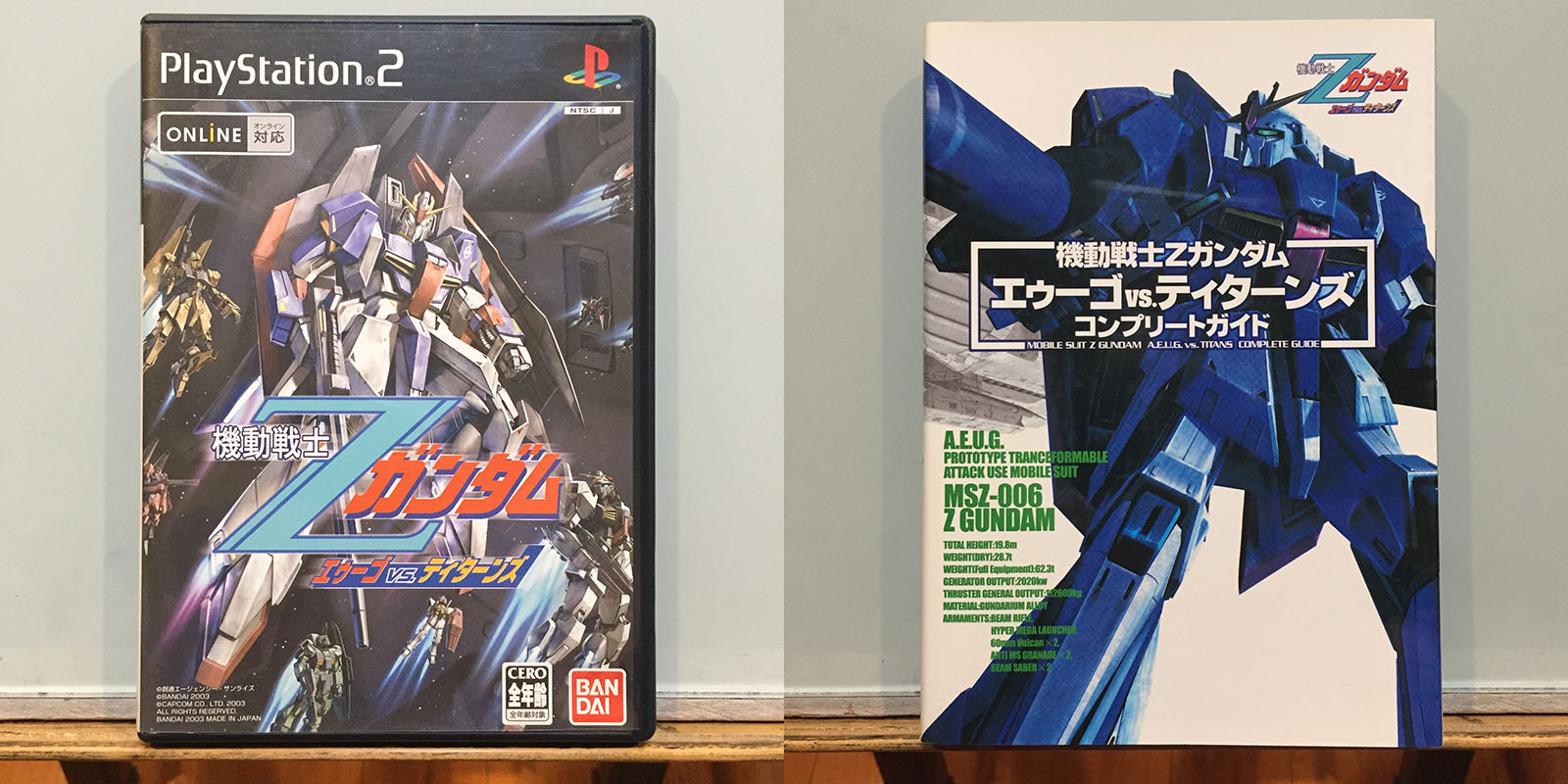 Bandai must have known they had a winner with Federation vs Zeon, because they brought the exact same game engine to this one, which made it a dream come true for me. Like before, it has original music and voices and all the mobile suits from the series, plus a bonus round with the Double Zeta. The arcade mode lets you put any pilot in any suit. It’s the Z Gundam game I would have come up with if someone asked me to invent one. I was really, really hoping there would be Double Zeta game in this series, but alas it never showed up.

A dense strategy guide to the game; images are small, not recommended as a standalone collectible. 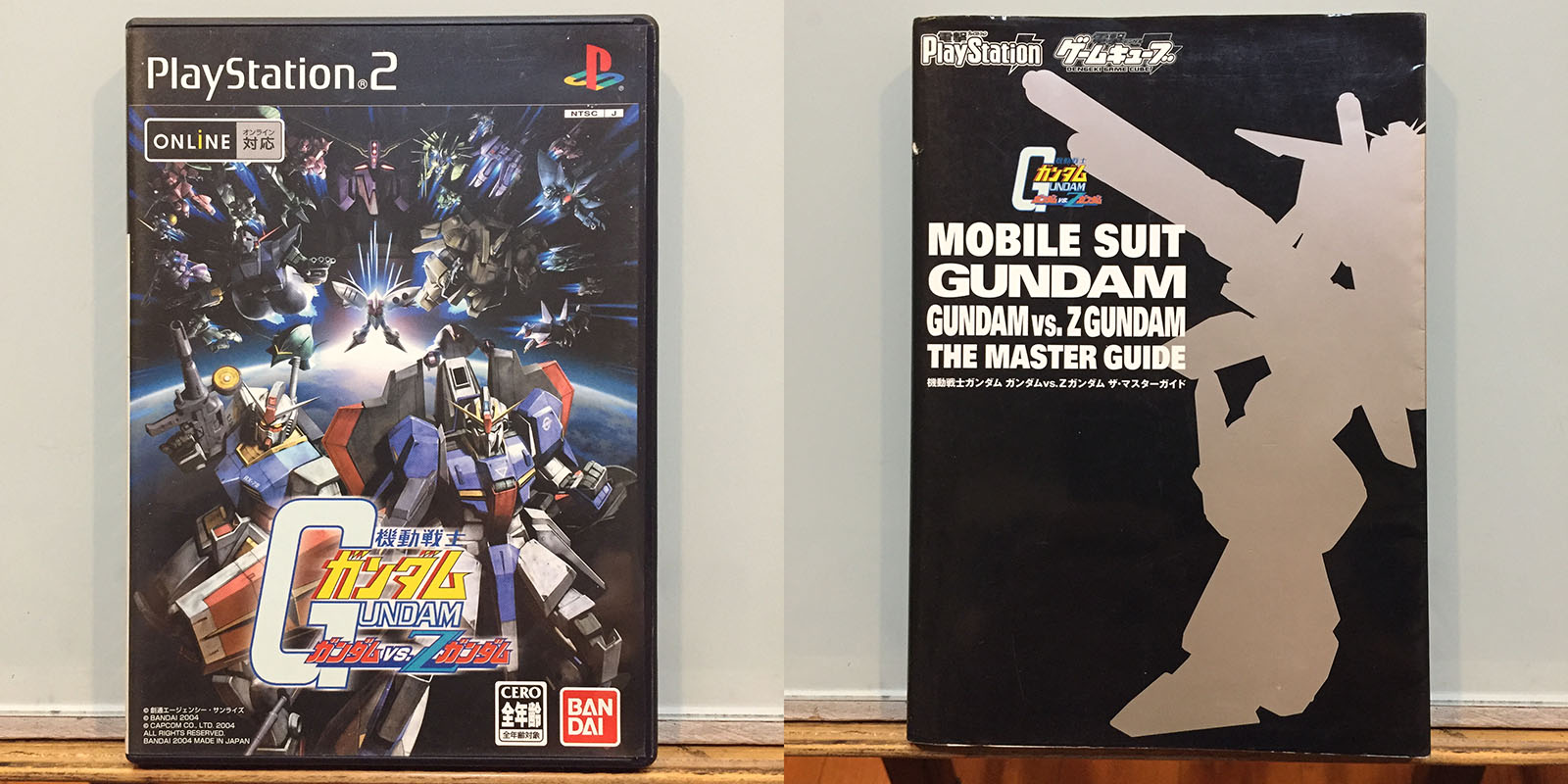 With this one, it became a trilogy! The playground of the previous two was expanded to put all the mobile suits from both First Gundam and Zeta into a single game with additional mecha to add even more capability. With arcade mode you could try out any suit against any other suit, and in story mode you could follow “what if” scenarios that got pretty crazy. Like, what if Lalah survived the One-Year War, or what if Camille was a Titan. Great fun.

Strategy guide with small images, but includes CG renders of all the mobile suits in the game. 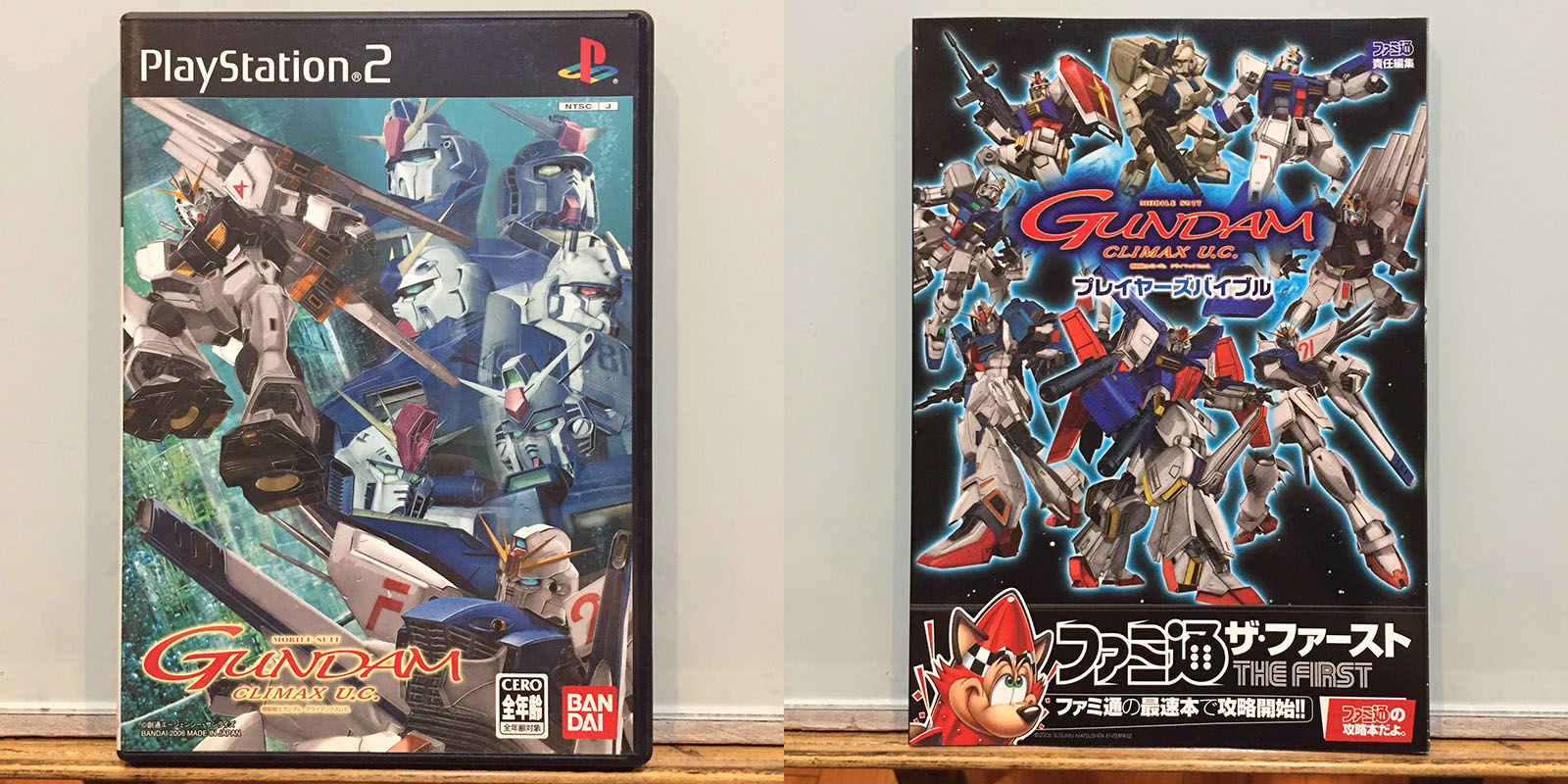 This one was built on a different engine than the other PS2 games, and its gimmick was to include mobile suits from a wider spectrum of UC stories. I was really looking forward to smashing it up with the Double Zeta, but got stuck on an early level right around the time I was having to choose between a life of video games or being productive. I went with the second option (because it paid more) and finishing this game stopped being a priority. Looks great, though.

Strategy guide with small images and only a few illustrations, not recommended as a standalone collectible.

Back to the index