Welcome to the world of Shatterzone, yet another sci-fi RPG from West End Games. As shown elsewhere in this section of ArtValt, West End was my steadiest client in the games industry with multiple assignments for Star Wars and other titles. Shatterzone was a variant of their TORG gaming system featuring spaceships and aliens. Read more about it here.

Arsenal was a sourcebook for Shatterzone dedicated to “guns, goods, and gadgets.” It included a playable mini-adventure that put some of them to immediate use. I was one of five illustrators who contributed, so I didn’t do a lot. But any time I glance back at these drawings, I’m surprised by how well they still hold up, especially for designs done on the fly with no planning or reference. 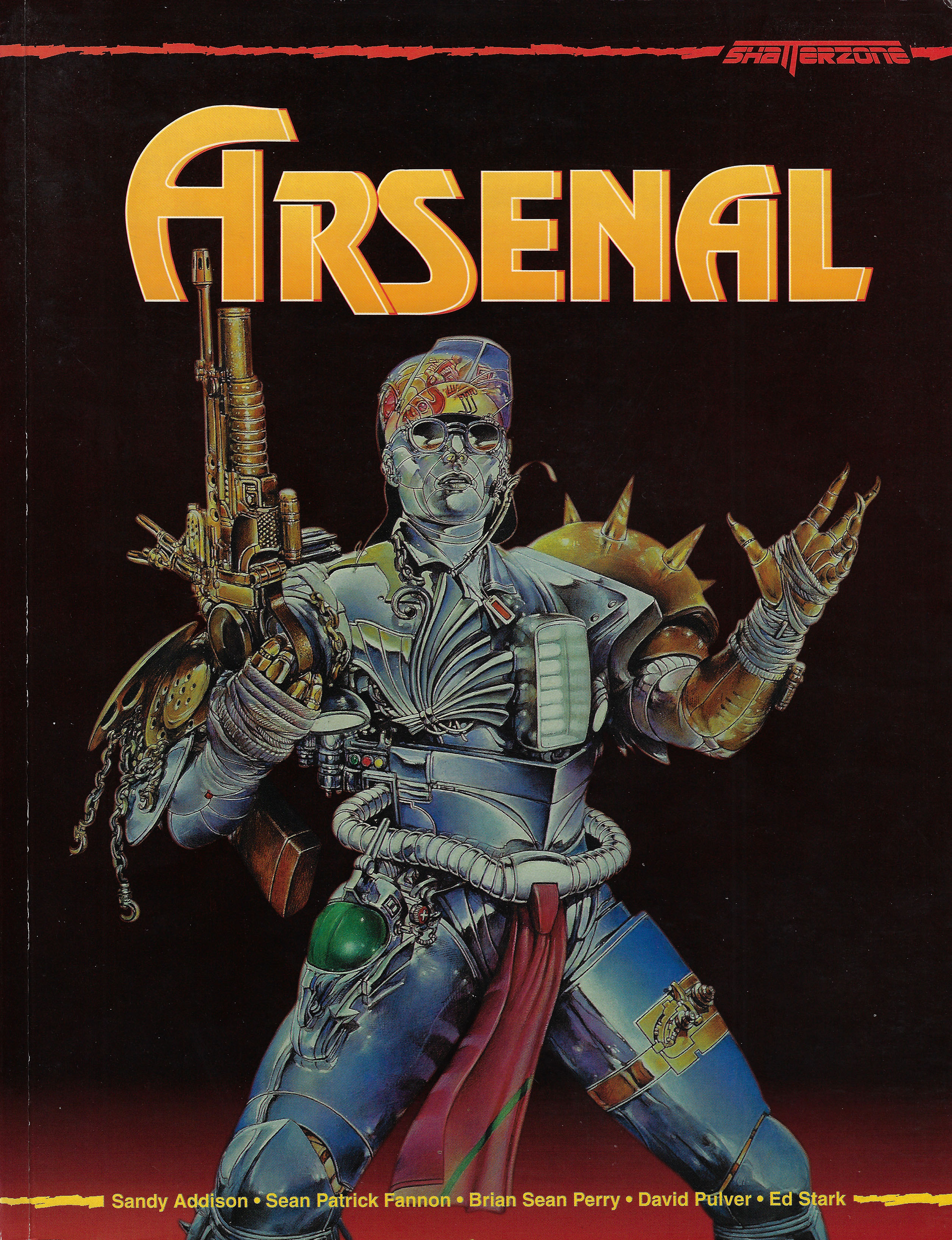 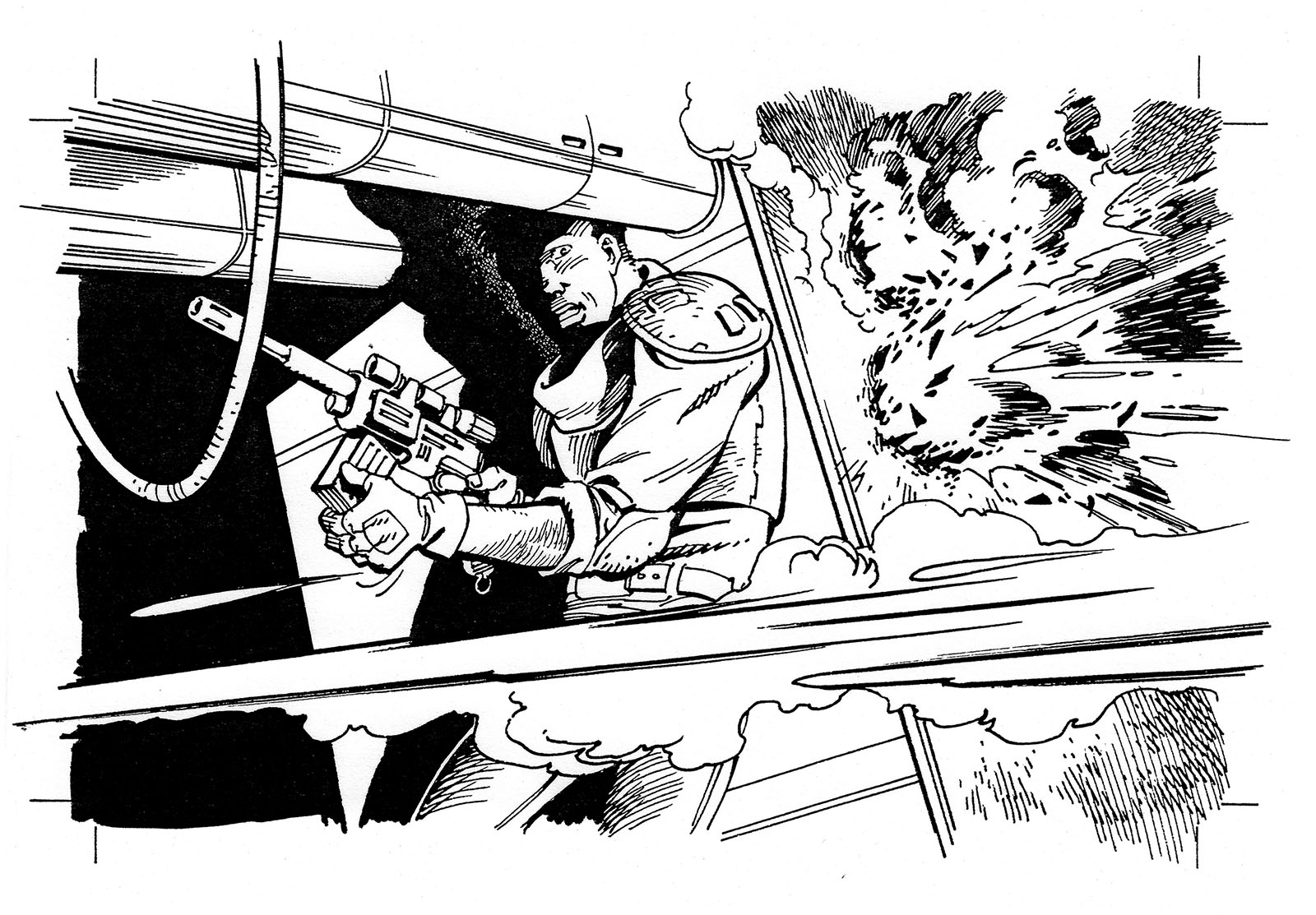 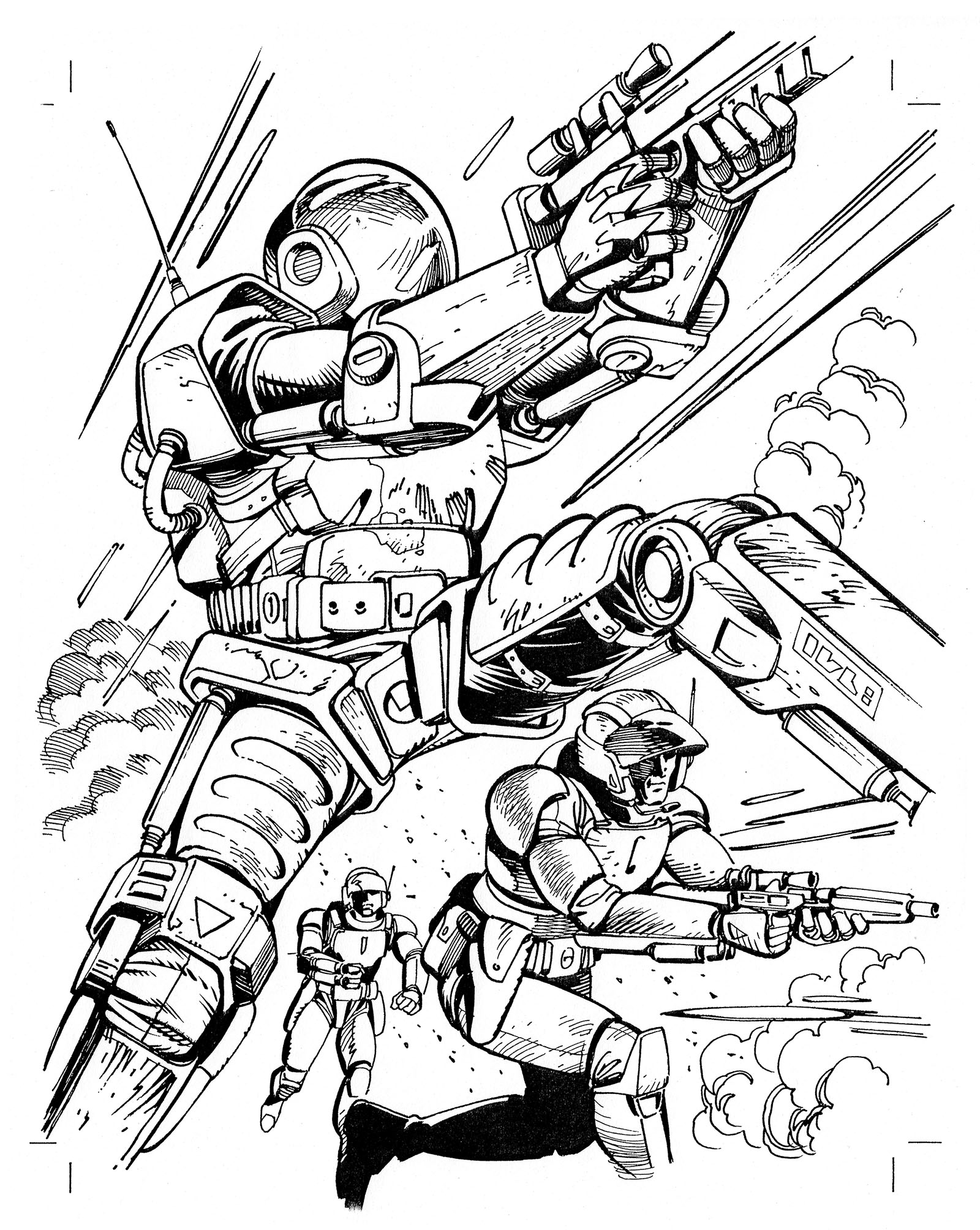 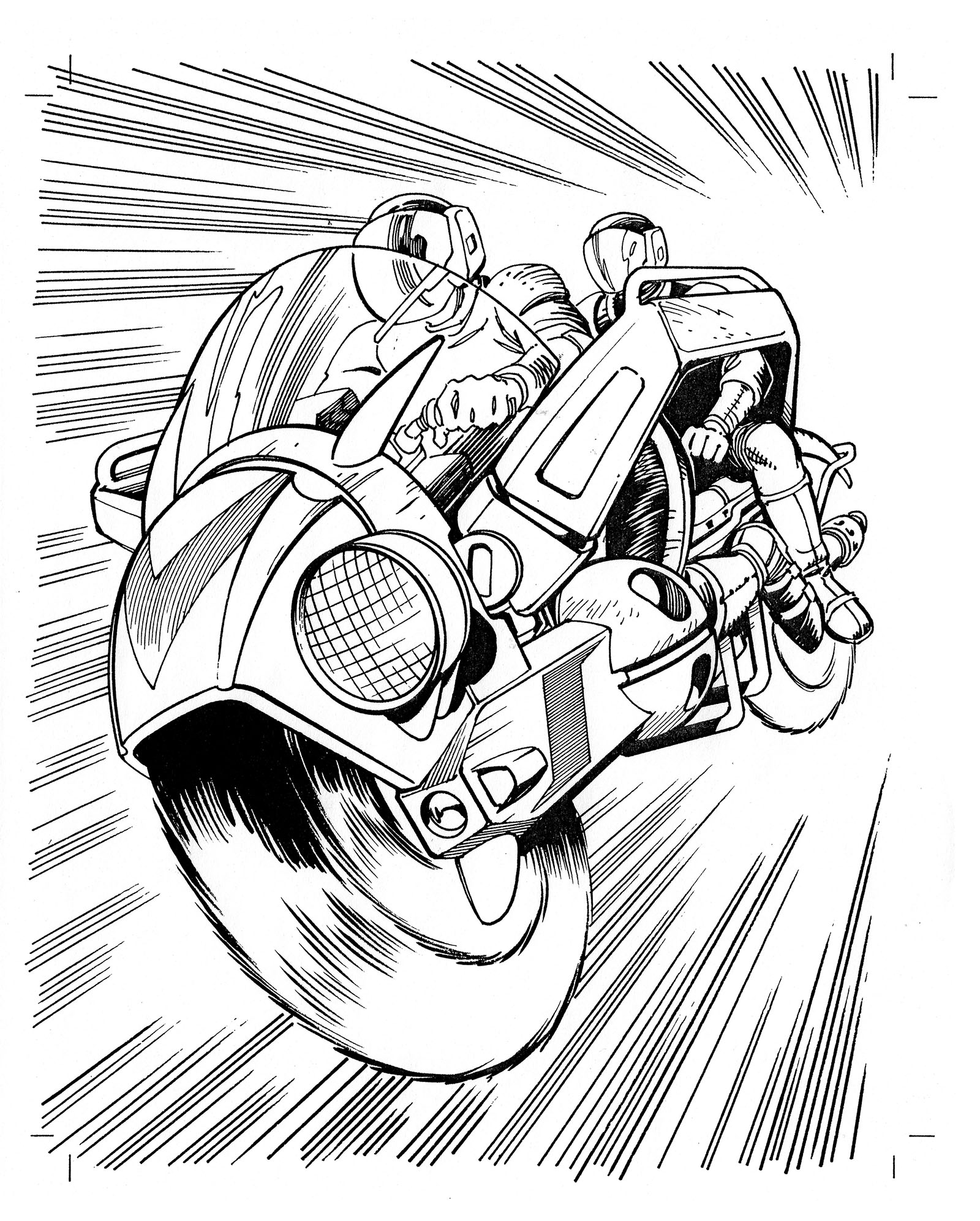 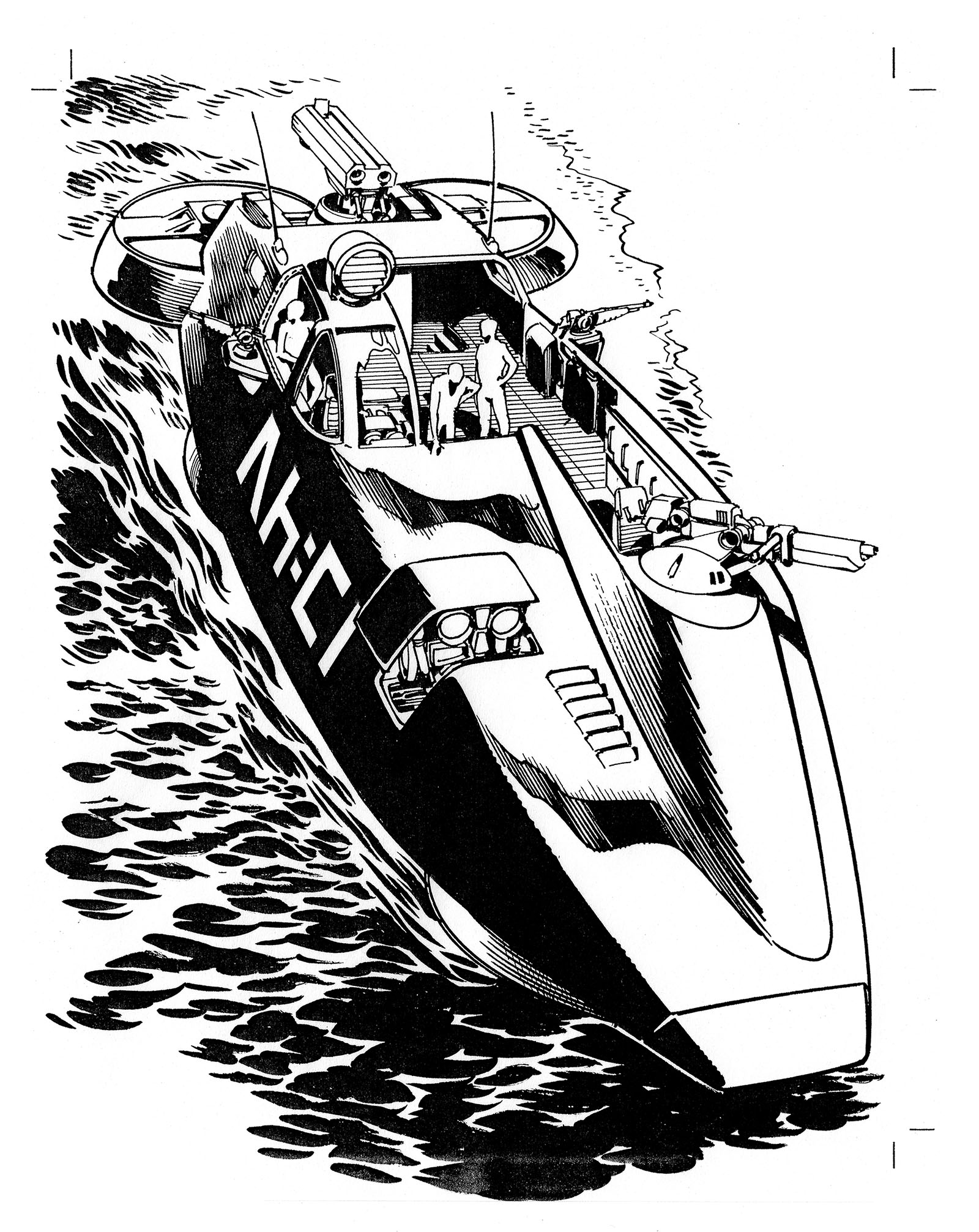 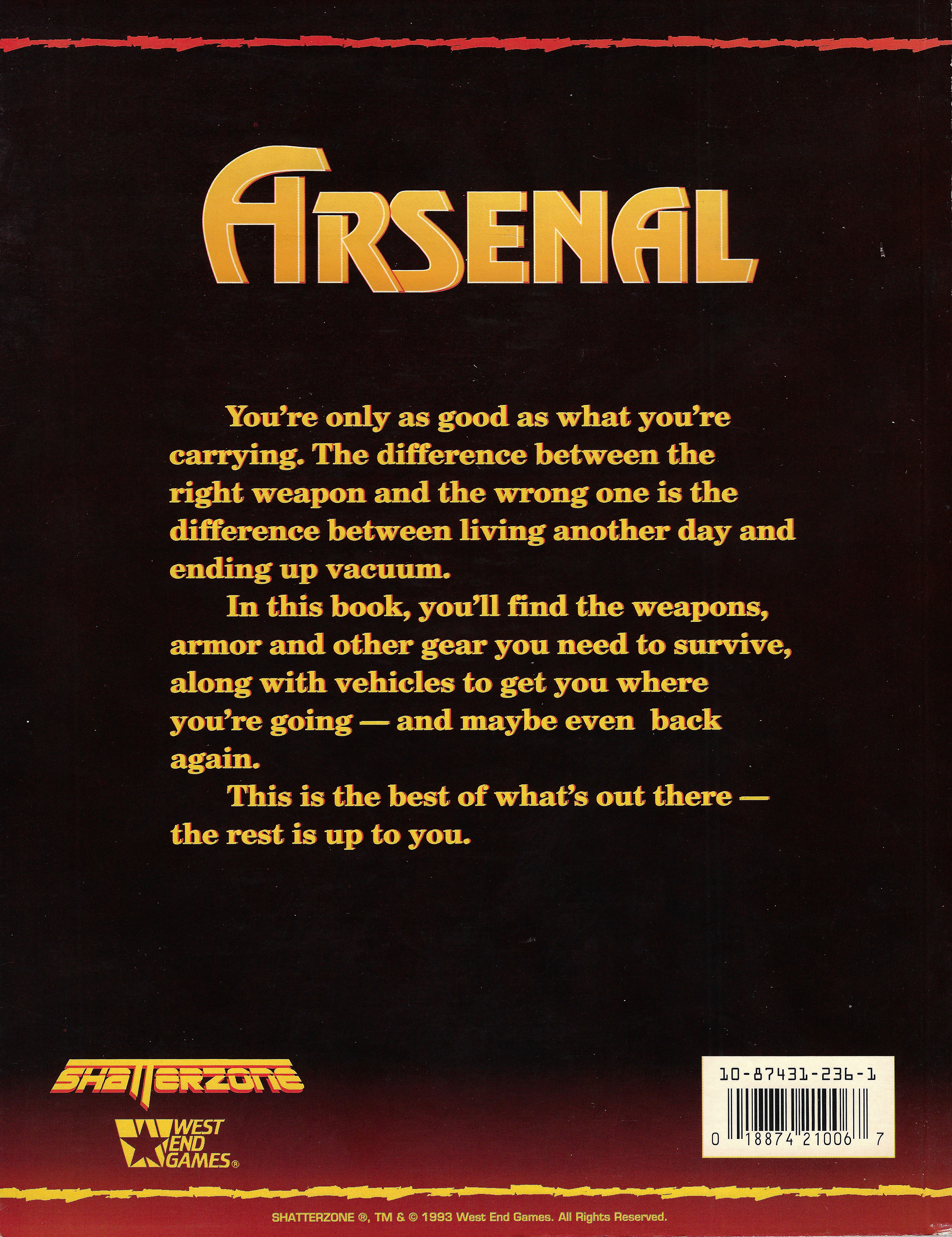 From the forgot-how-it-happened file: at some point in 1992, I was hired to do a single full-page illustration for an article in this hard-core military SF gaming magazine published by an Illinois-based company named GDW. 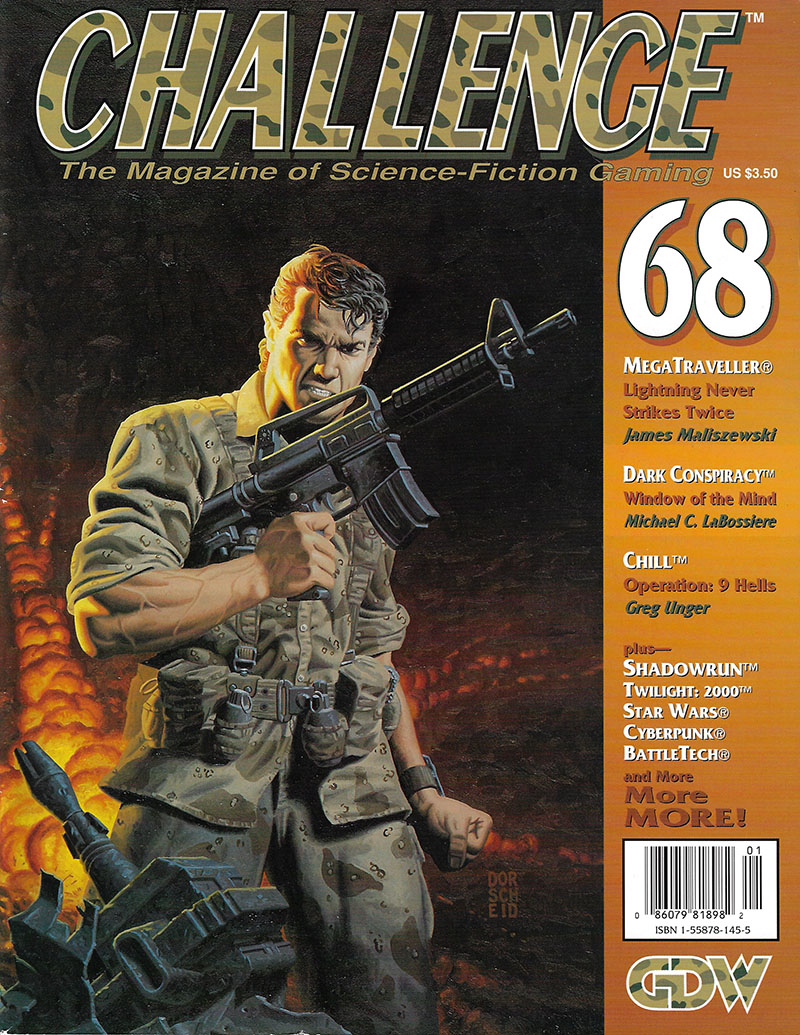 The description was pretty generic, soldiers charging across a battlefield or whatever. From that came one of my all-time favorite single pieces. I still love everything about this drawing; the composition, momentum, camera angle, inking style, all of it. It represented the peak of my abilities at that time and I don’t think I could improve it much today.