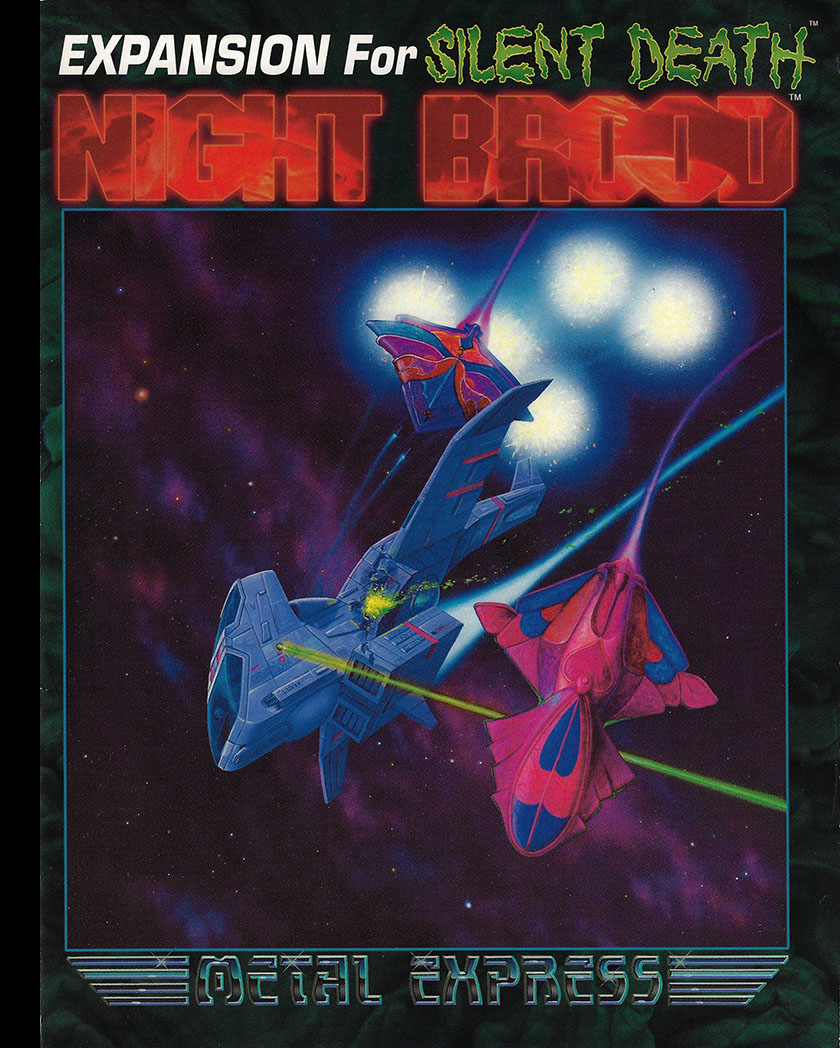 Finding illustration work in the game industry must not have been very difficult back in the early 90s, because I found quite a lot of it and don’t remember exactly how. I did attend a GenCon during that time to walk around and promote myself, and must have gone home with lots of business cards that led to followup conversations. This one-off project was likely a result of that.

Iron Crown Enterprises (I.C.E.) started out in 1980 with some original game properties, then scored a home run two years later when they became the first company to license a Middle Earth RPG from Tolkien Enterprises. It became the second most profitable RPG after Dungeons and Dragons, which was pretty much founded on Tolkien concepts already.

The company added SF games to their lineup in the late 80s, then launched a well-regarded miniatures battle game called Silent Death in 1990. That set the stage for me to cross their path and illustrate a Silent Death expansion book titled Night Brood.

It introduced a spacefaring race of insectoid creatures with biomechanical ships and fighters. Metal miniatures of their vessels had already been manufactured before I landed the assignment, so I.C.E. sent me a set for drawing reference. They came with a grocery list of alien and space battle scenes that I drew in March 1992. I received a contributor copy of the book later in the year and all my art was in it, but someone at some point felt the need to add stipple-textures to a couple pieces (shown below for comparison). This didn’t seem like an improvement to me, but it was their call. 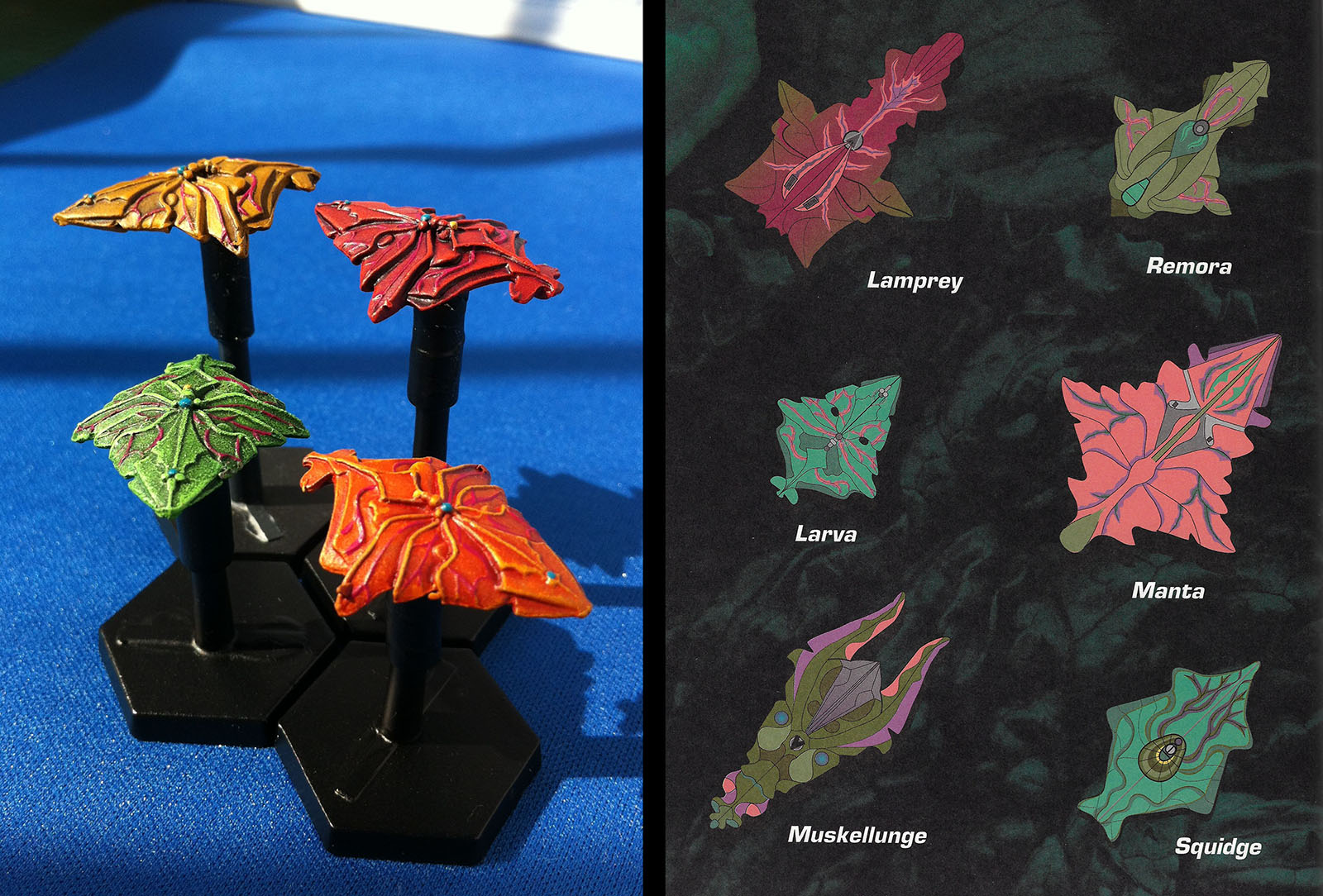 That concluded my experience with the company. No fuss, no drama. But also, no further assignments. Oh well.

This iteration of I.C.E. lasted until 1997 when various distributors collapsed. This forced them into bankruptcy in 2000, and they were picked up by another company that keeps the lights on to this day. Visit their website here.

Silent Death is still around and still expanding, now in the hands of a company called Metal Express. Visit their website here. 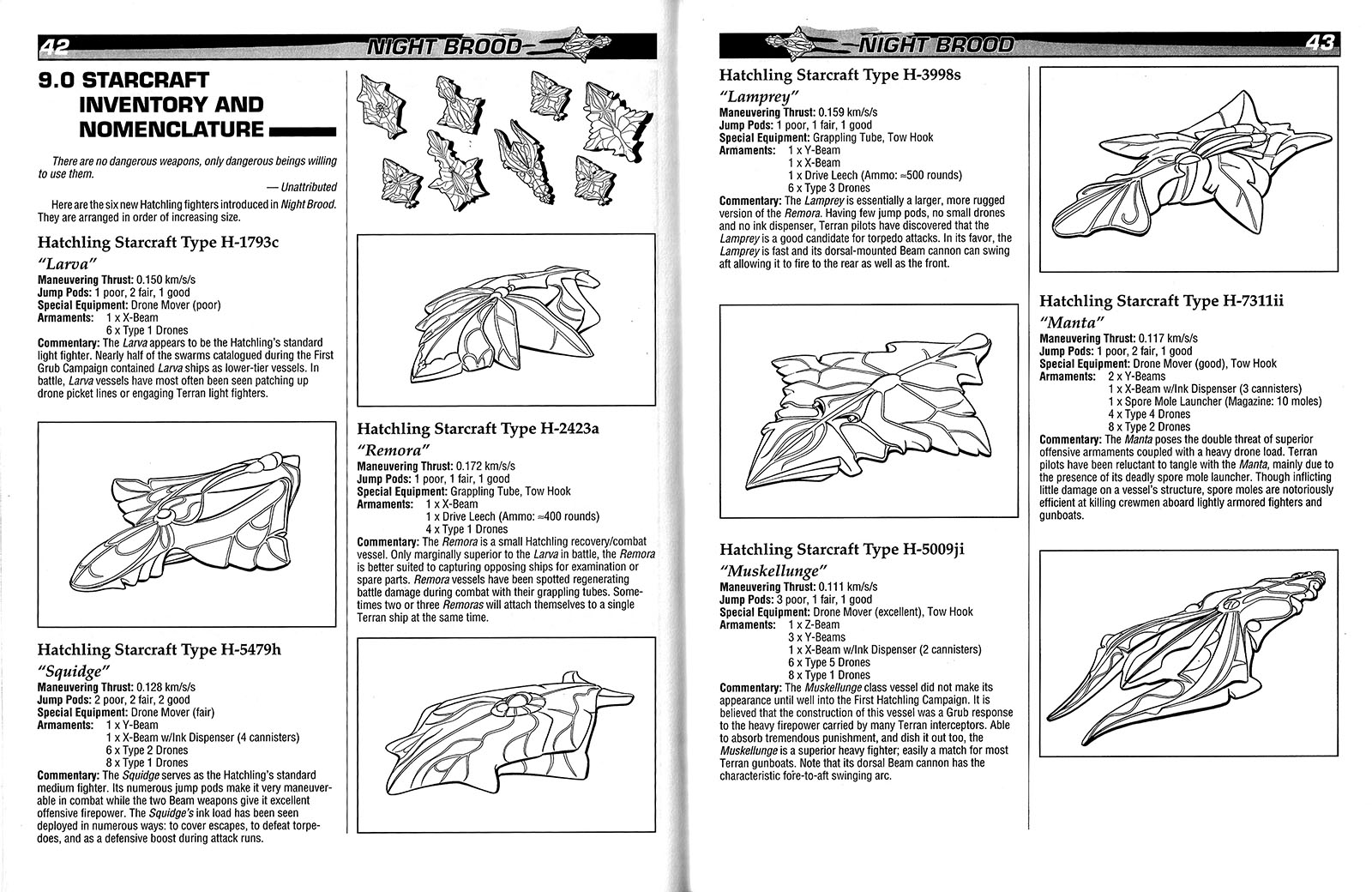 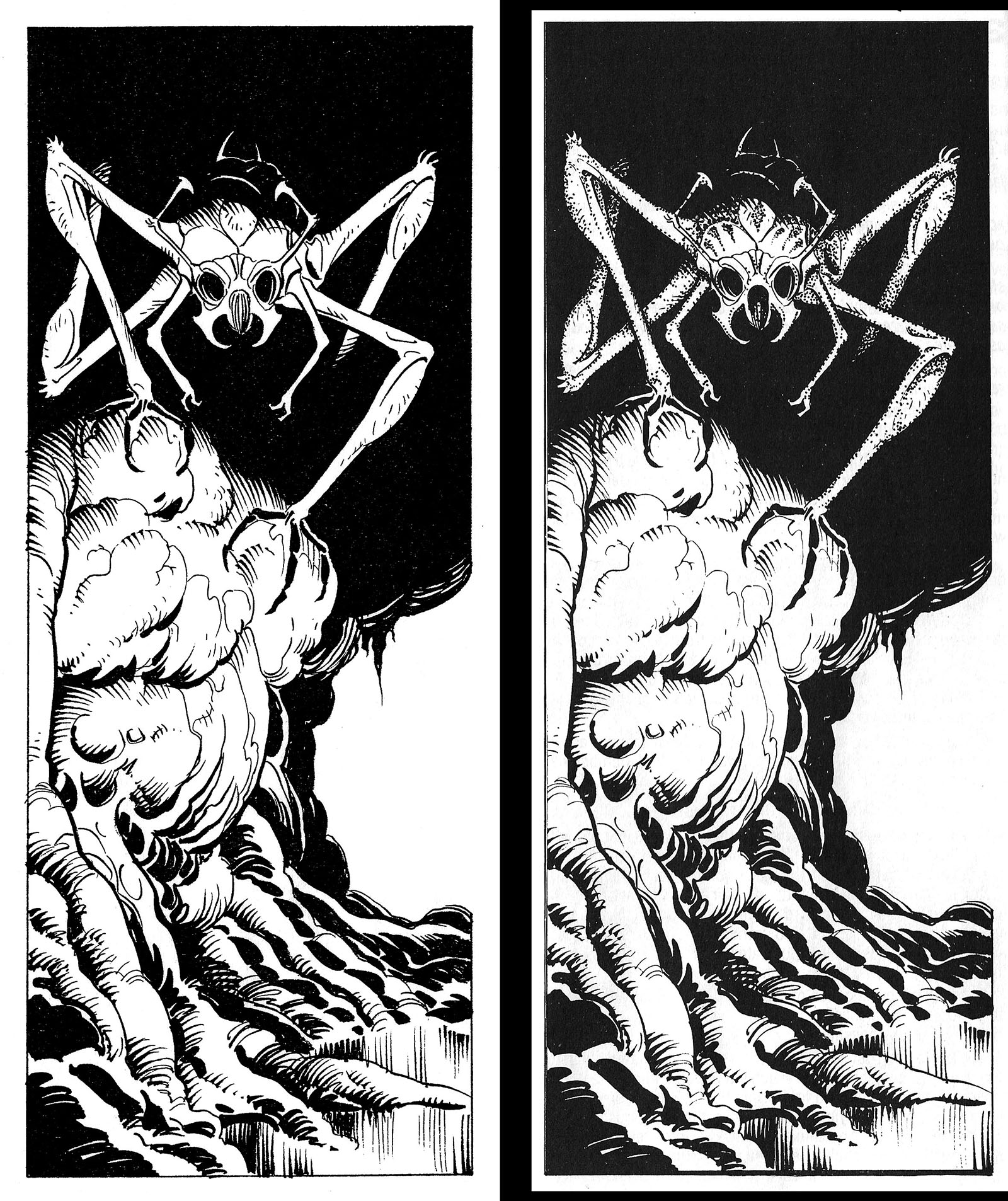 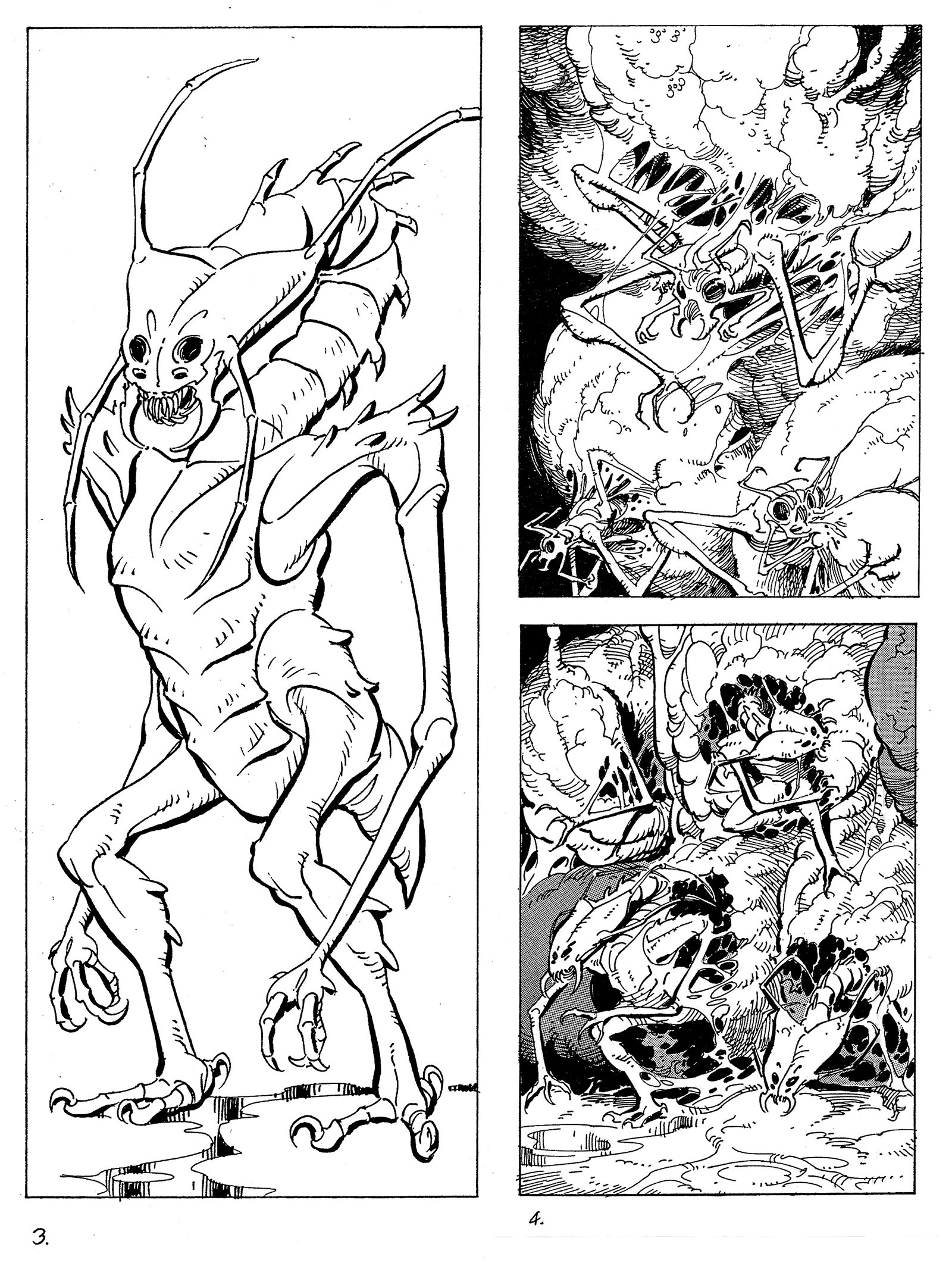 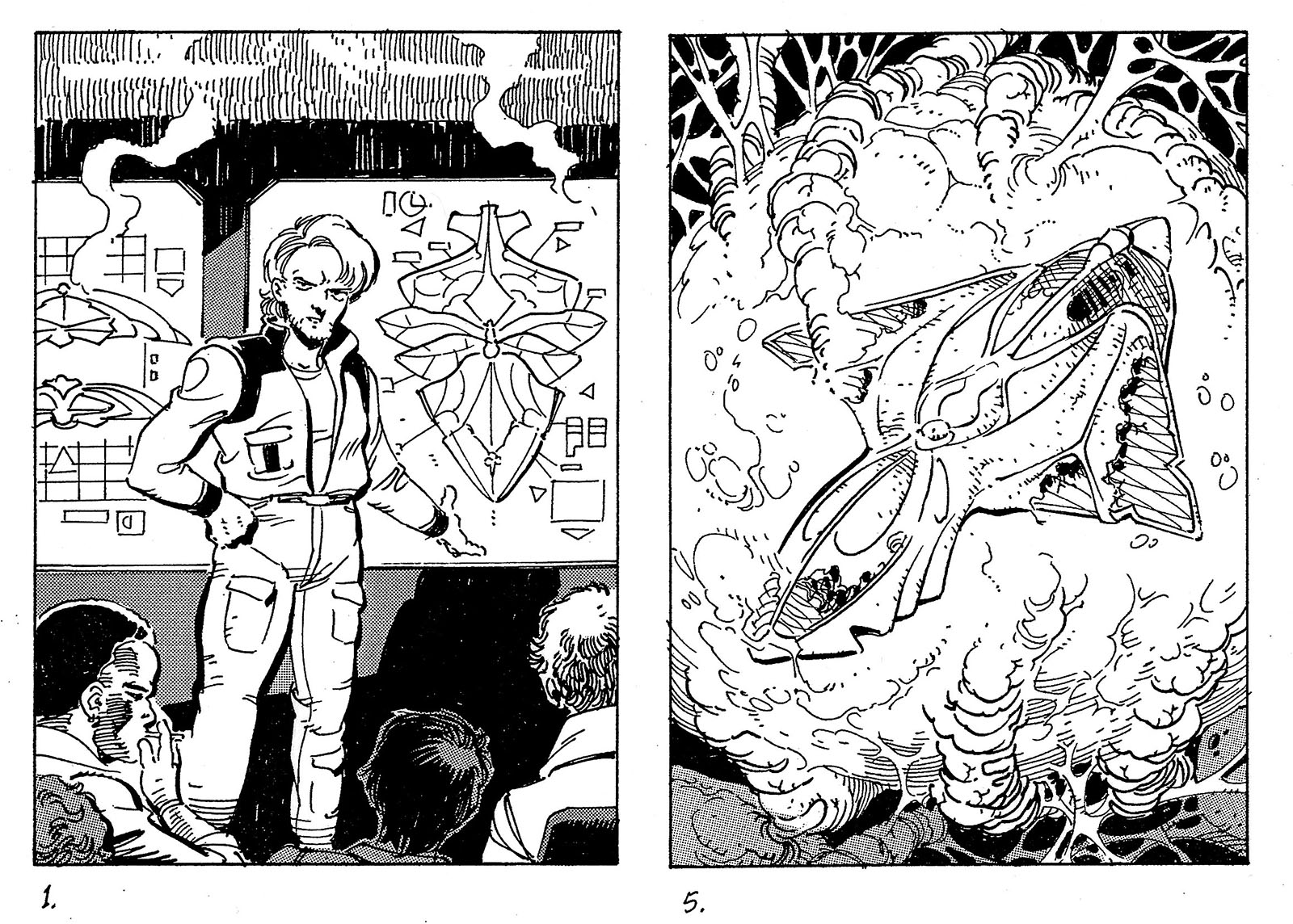 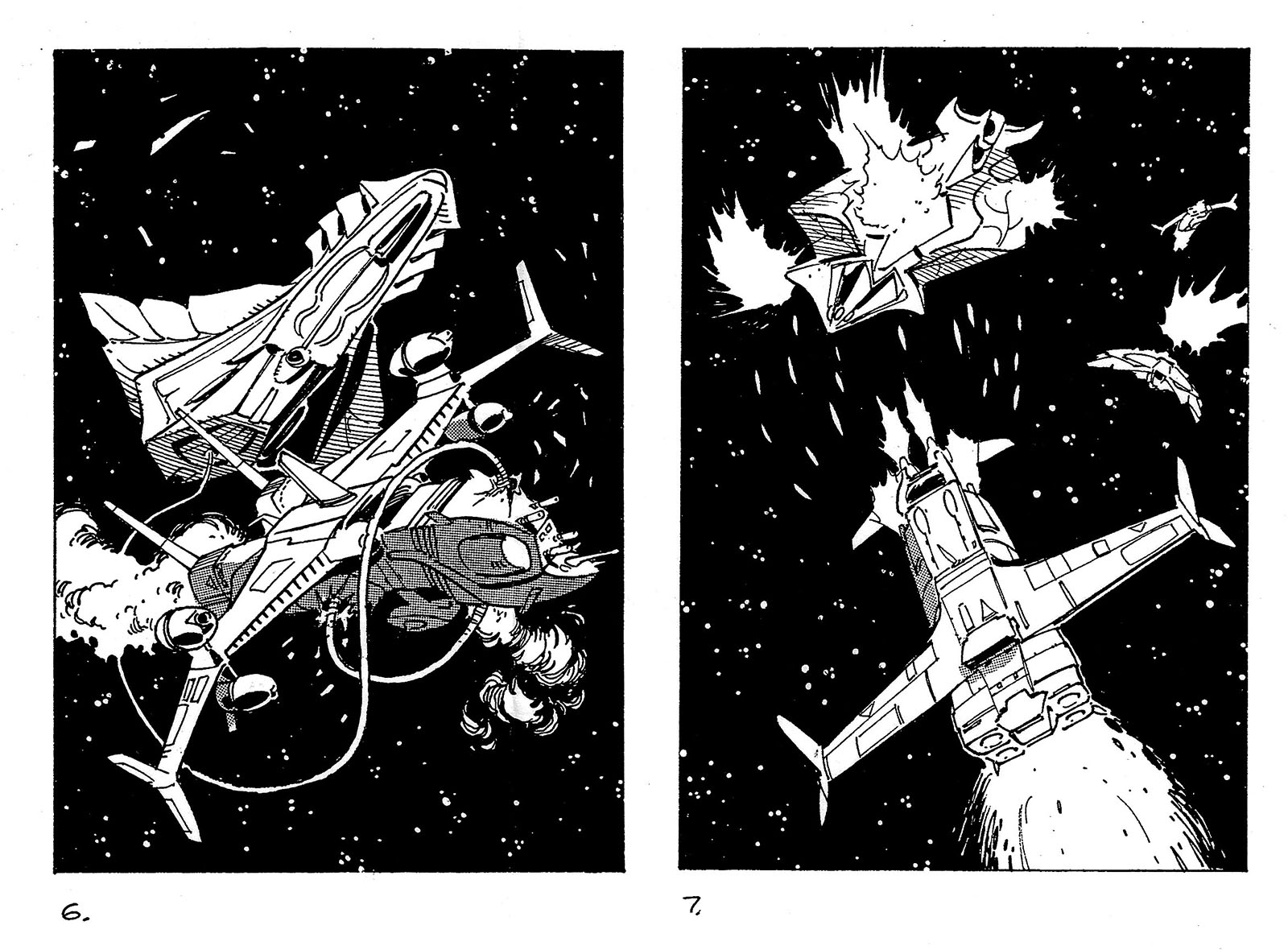 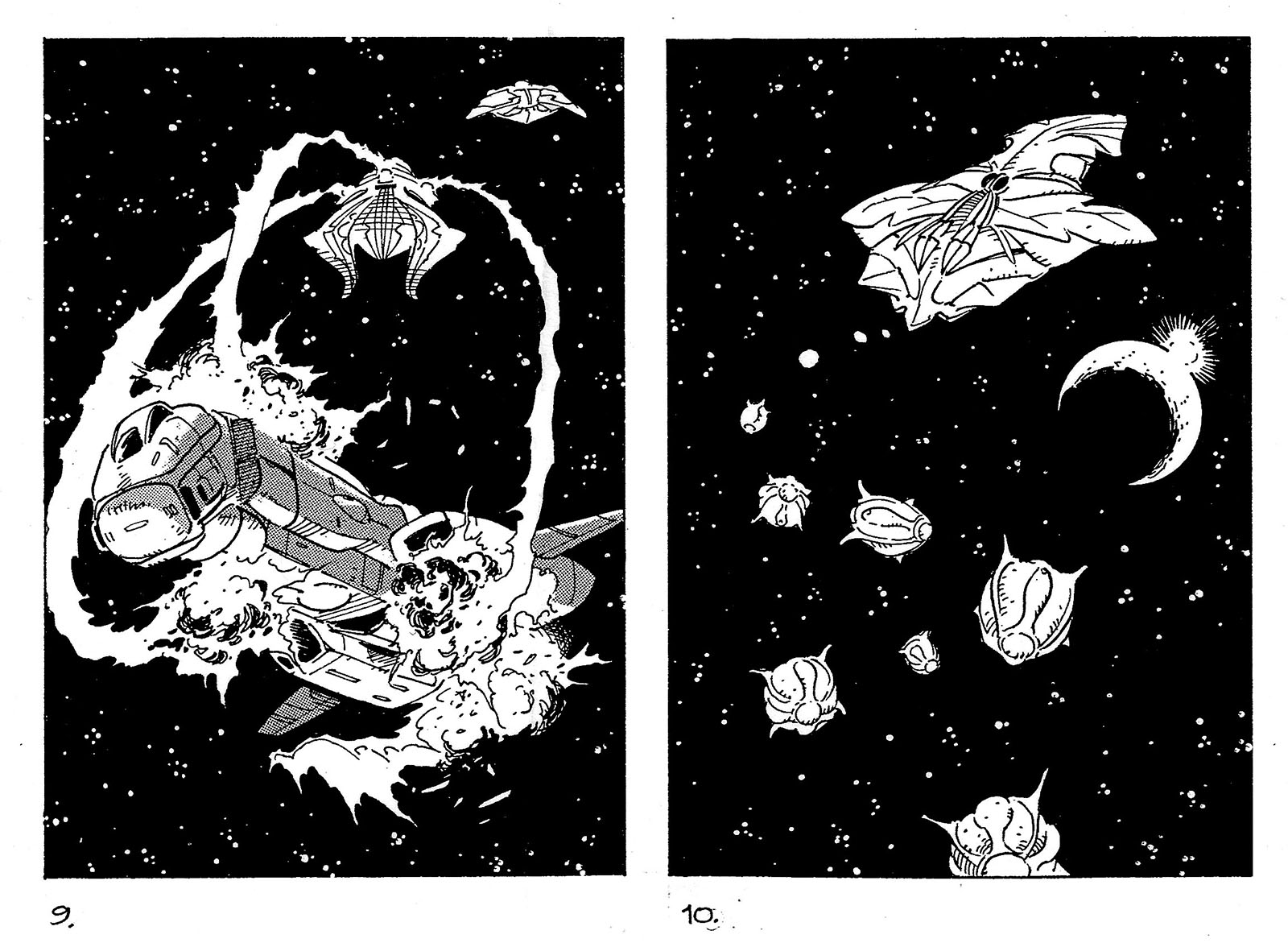