One of my dependable traits as a kid was that if I got my hands on a stack of paper, it was quickly counted up and slated for a comic book project. As if my entire purpose in life was to think up a story to draw on that paper. And if it happened to be an unusual size, even better. I could experiment with it.

That was the case with this particular mini-project, written and drawn when I was 16. A stack of paper measuring 6″ by 8.5″ inches dropped into my hands (probably leftovers from something my mom was doing) and when I was wondering what I could do with it, I turned it sideways (what we modern humans call “landscape”). Back then, it gave me a different shape for a comic book page. What could I learn from drawing it that way? 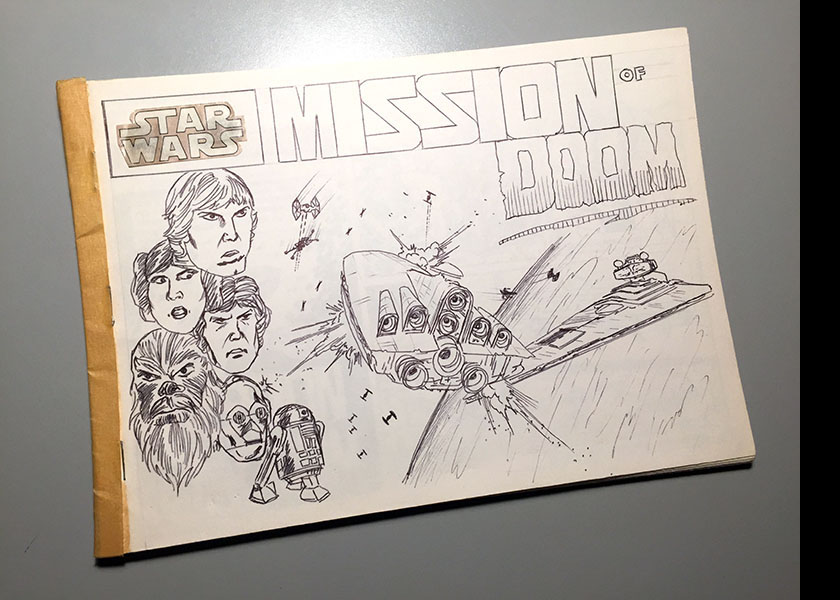 I don’t know that I took this specific lesson away at the time, but what I know now is that the shape of a page trains you to tell a story in a specific physical direction. Vertical pages train you to work downward. You try out various tricks to push the eye of your reader toward the bottom of a page as your story advances.

Likewise, if your page is horizontal it gets you thinking about how to push the eye in that direction. In both cases the eye is actually moving across, down, across, down, etc. but there’s less “down” on a horizontal page, so any panel with a horizontal emphasis gets you farther along. I got to play with this technique on a much bigger scale in my webcomic Pitsberg, where there were no pages at all, just limitless vertical or horizontal scrolling. This short Star Wars comic was my first step down that interesting road.

The story for this one was inspired by a couple different sources: the original Battlestar Galactica (specifically the Fire in Space episode) and a summary for a sci-fi story (I think) in which a spaceship had to maintain a specific weight to reach a destination at a specific time. Any idea that would spark another Star Wars comic was fine by me. I could learn a lot on that playground.

One more milestone here was to refine my lettering technique. You’ll see the guidelines I drew for the word balloons. It wasn’t the first time I did this, but the increased precision resulted in my most controlled and uniform lettering on anything up to that point. In another ten years or so, I’d be lettering comics professionally. It turned out to be a valuable skill to fall back on when I needed some extra scratch. One more lesson to keep in your back pocket, kids!

And now, the fun stuff. 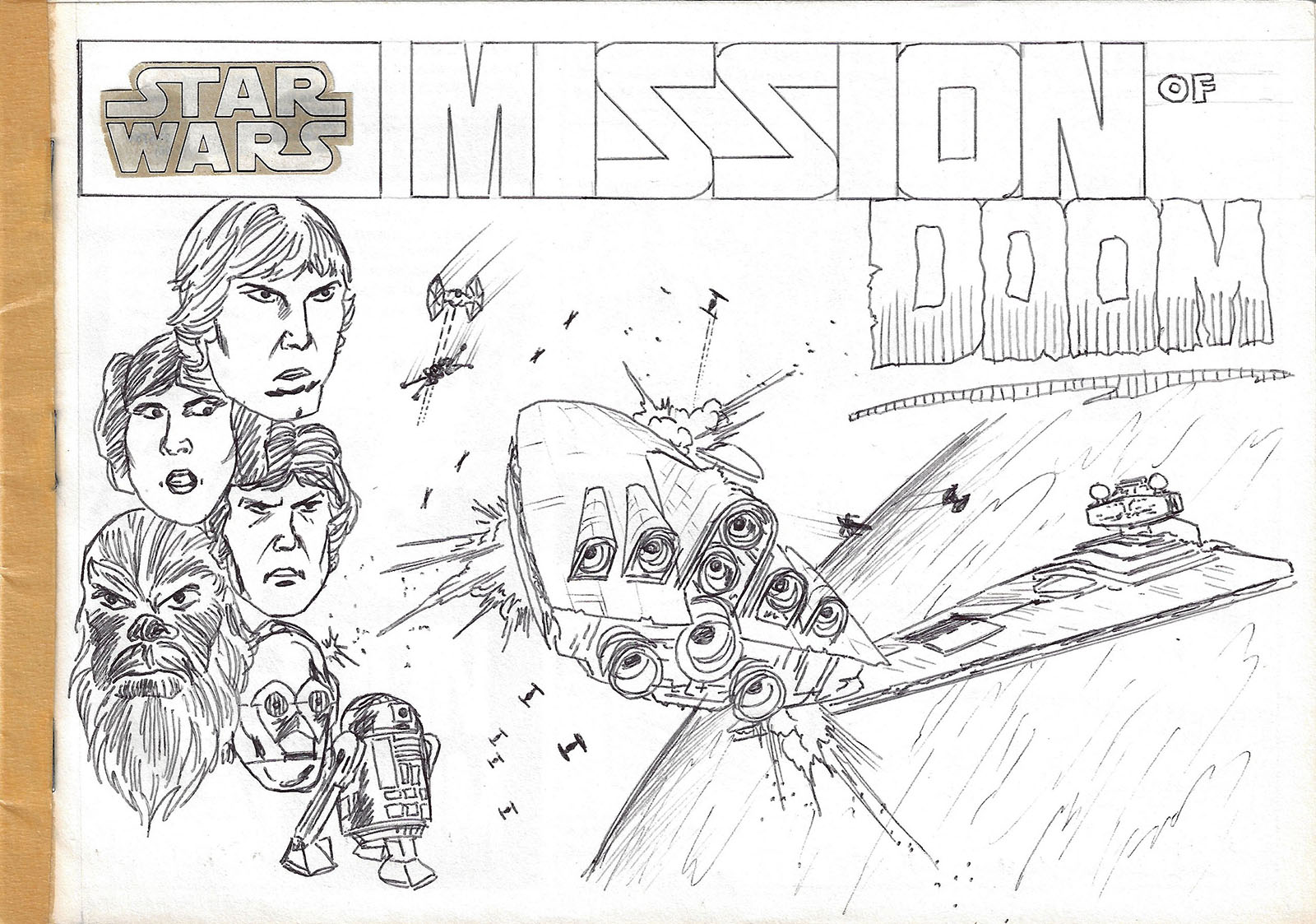 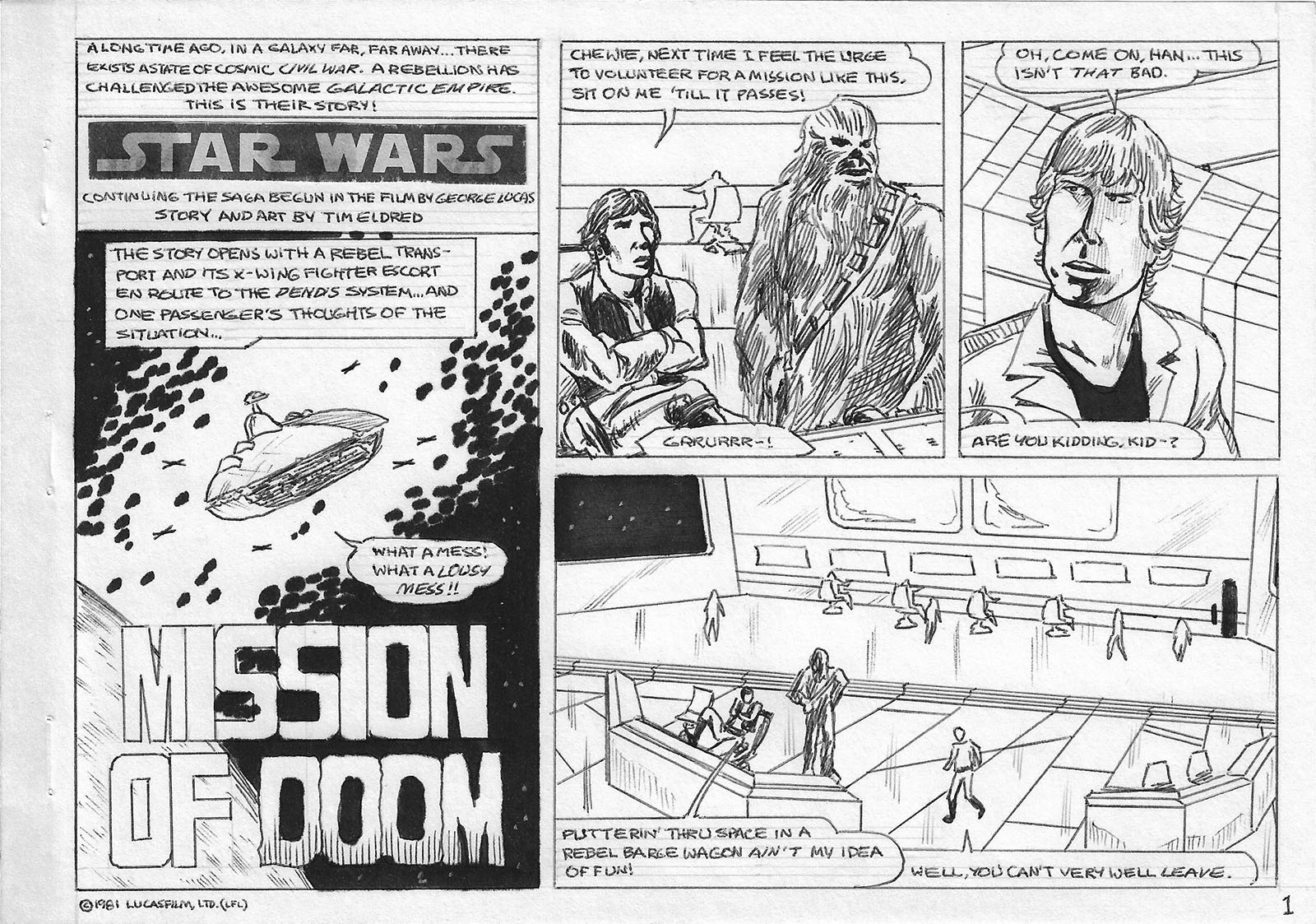 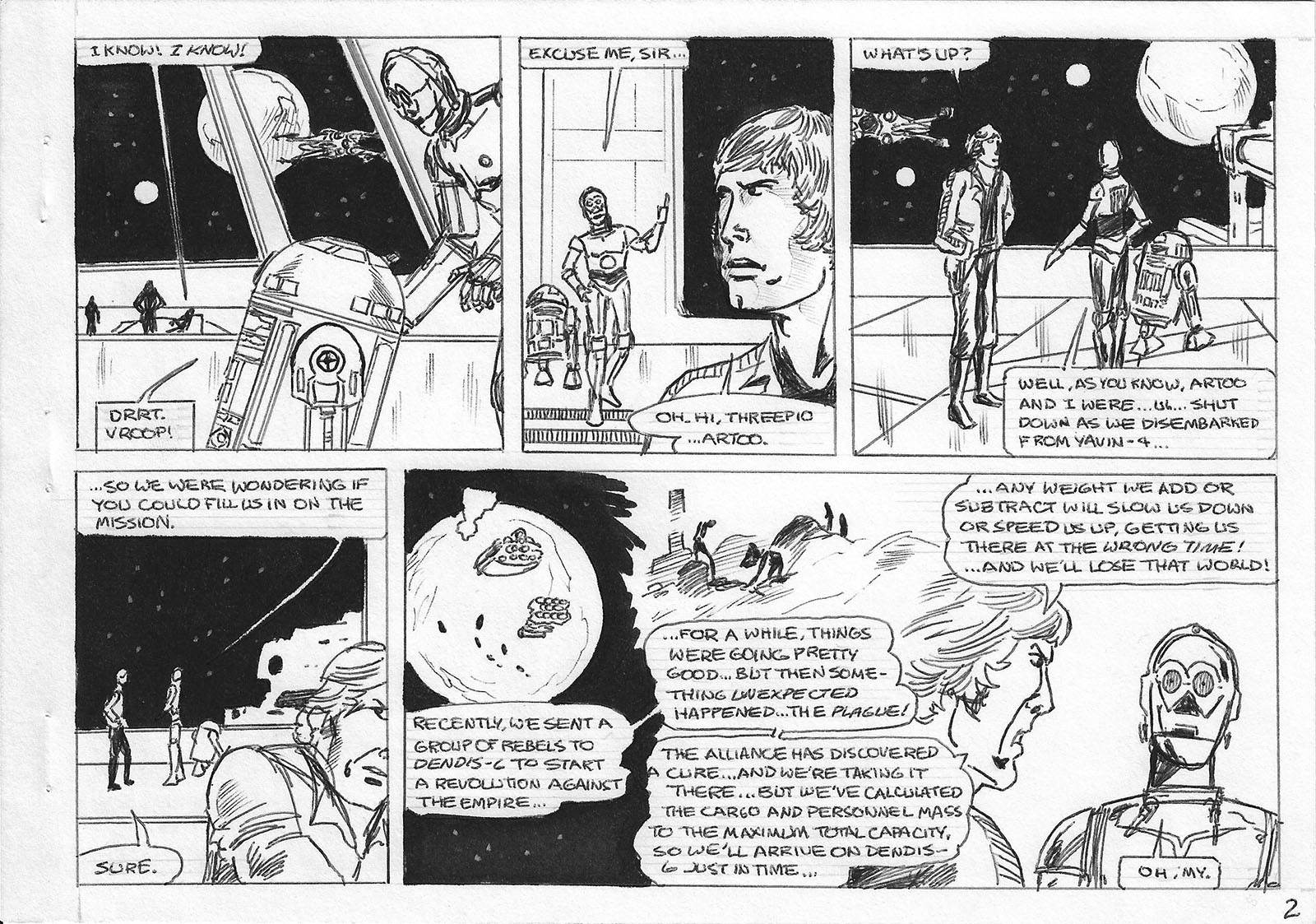 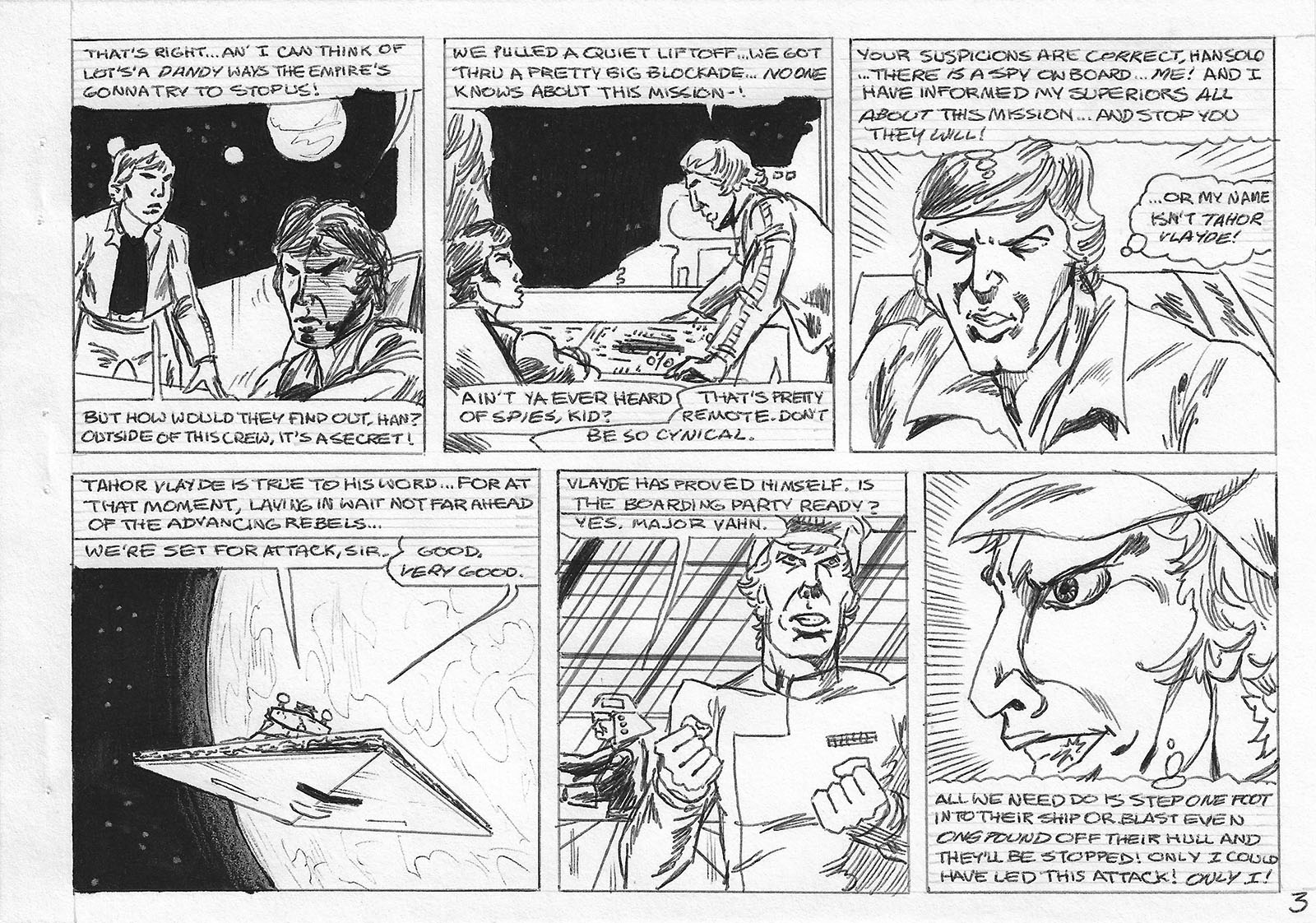 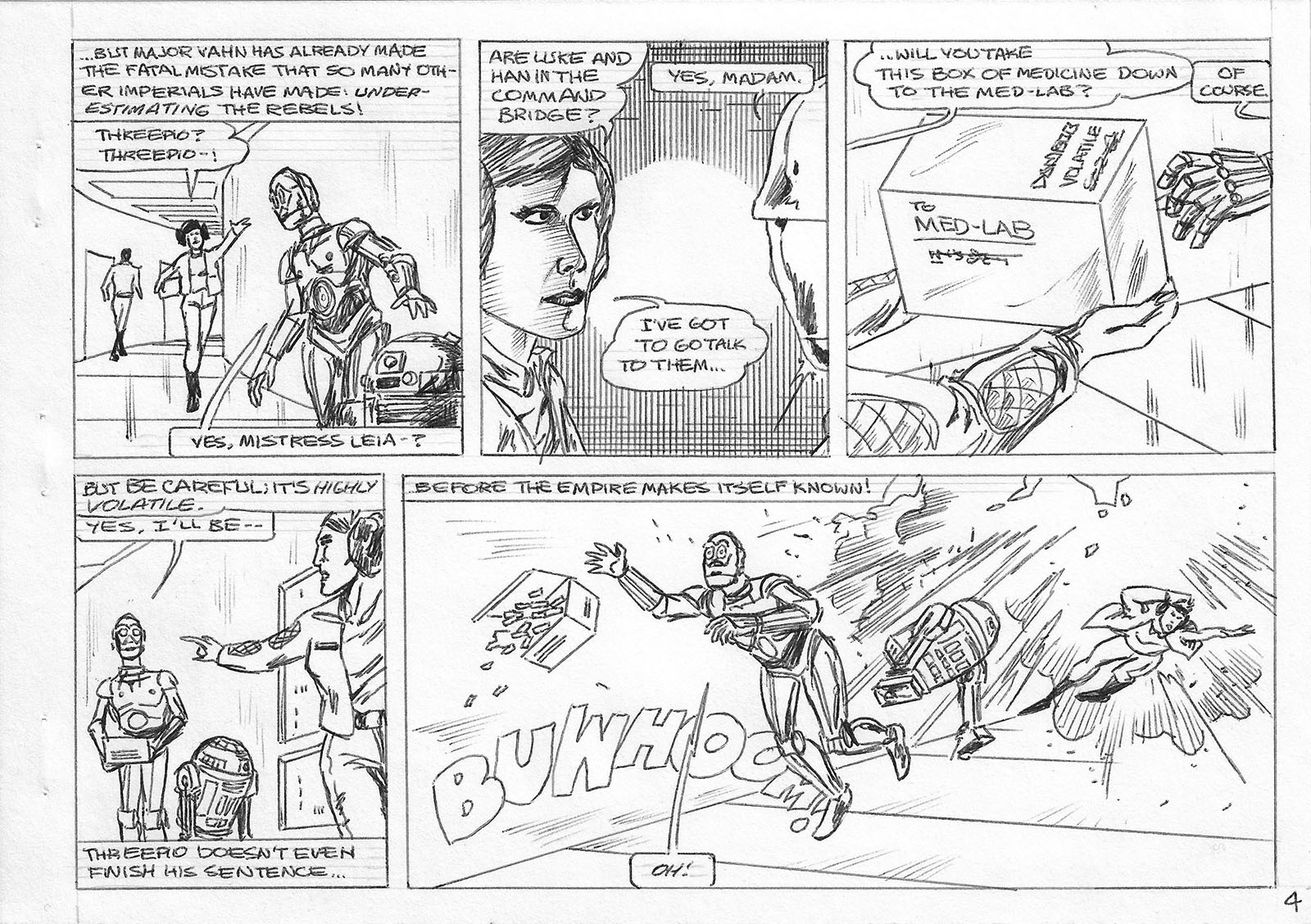 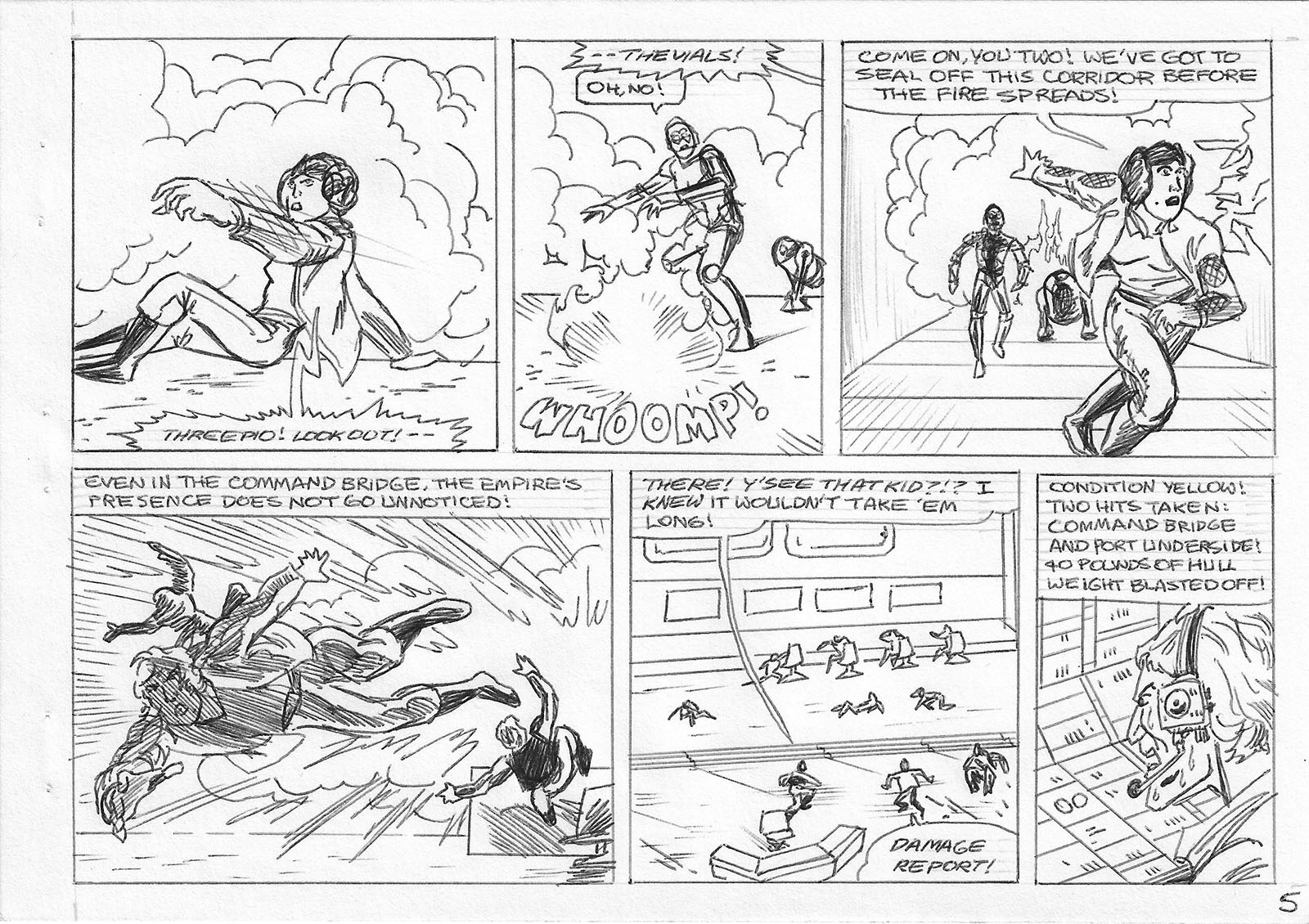 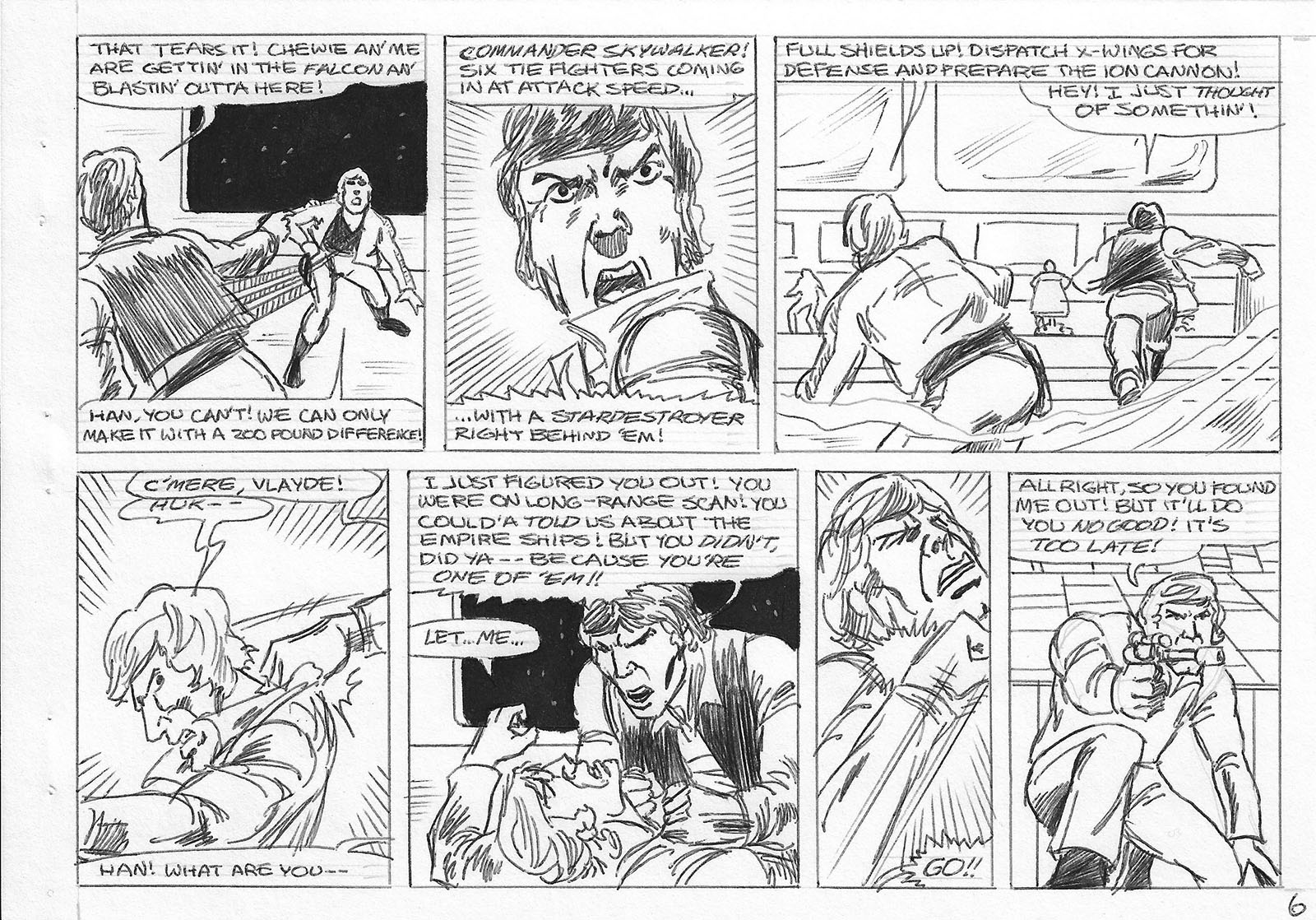 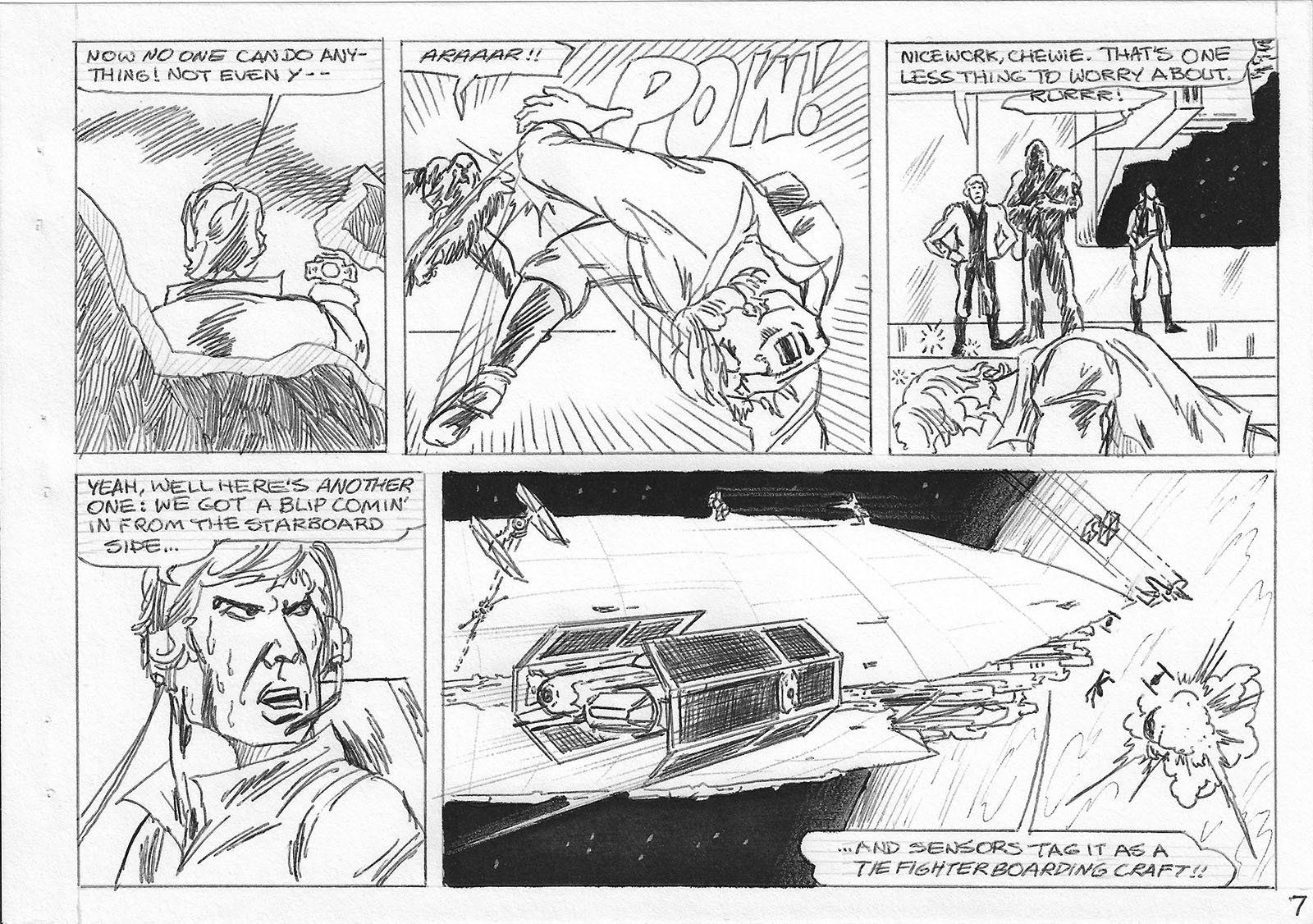 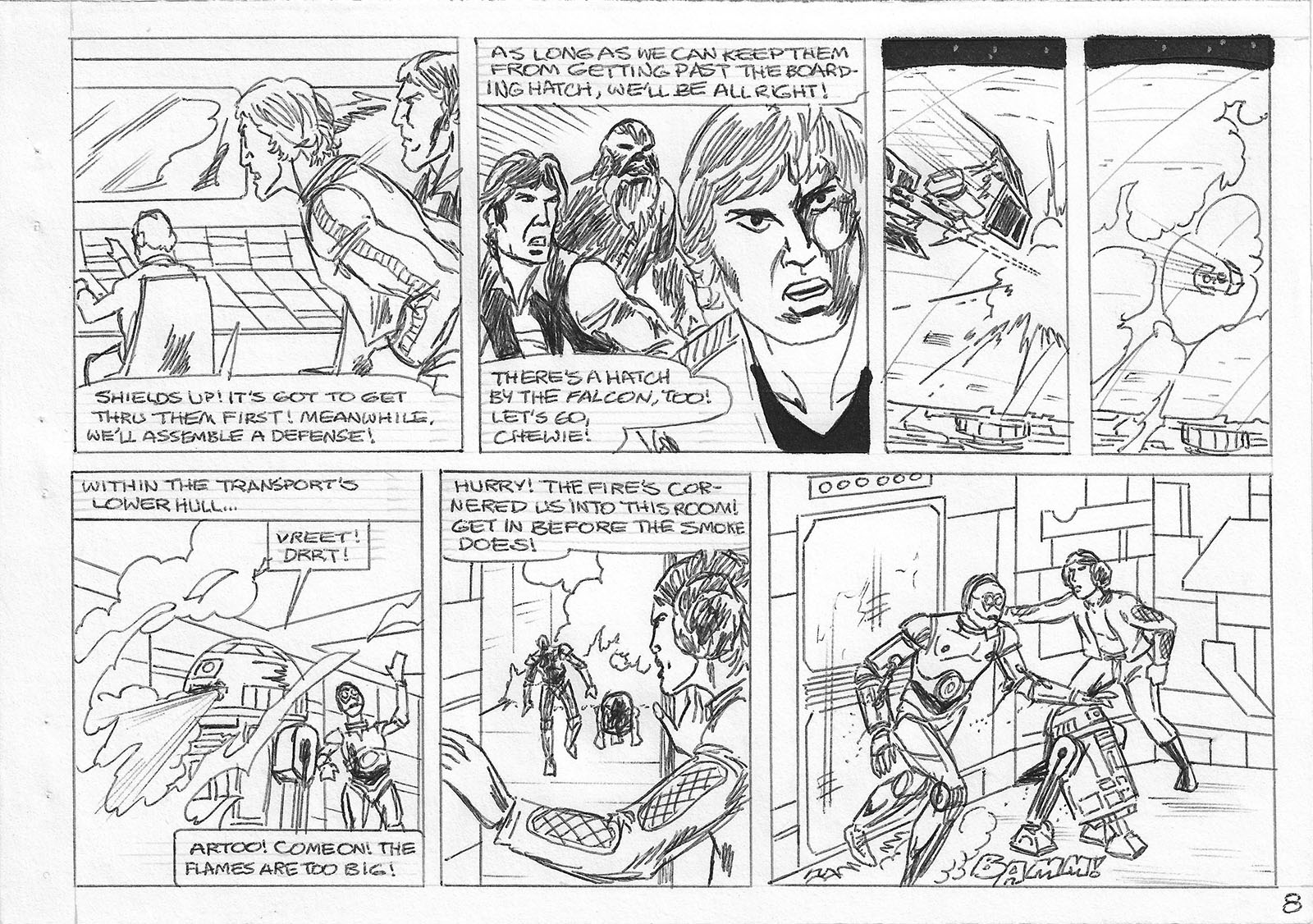 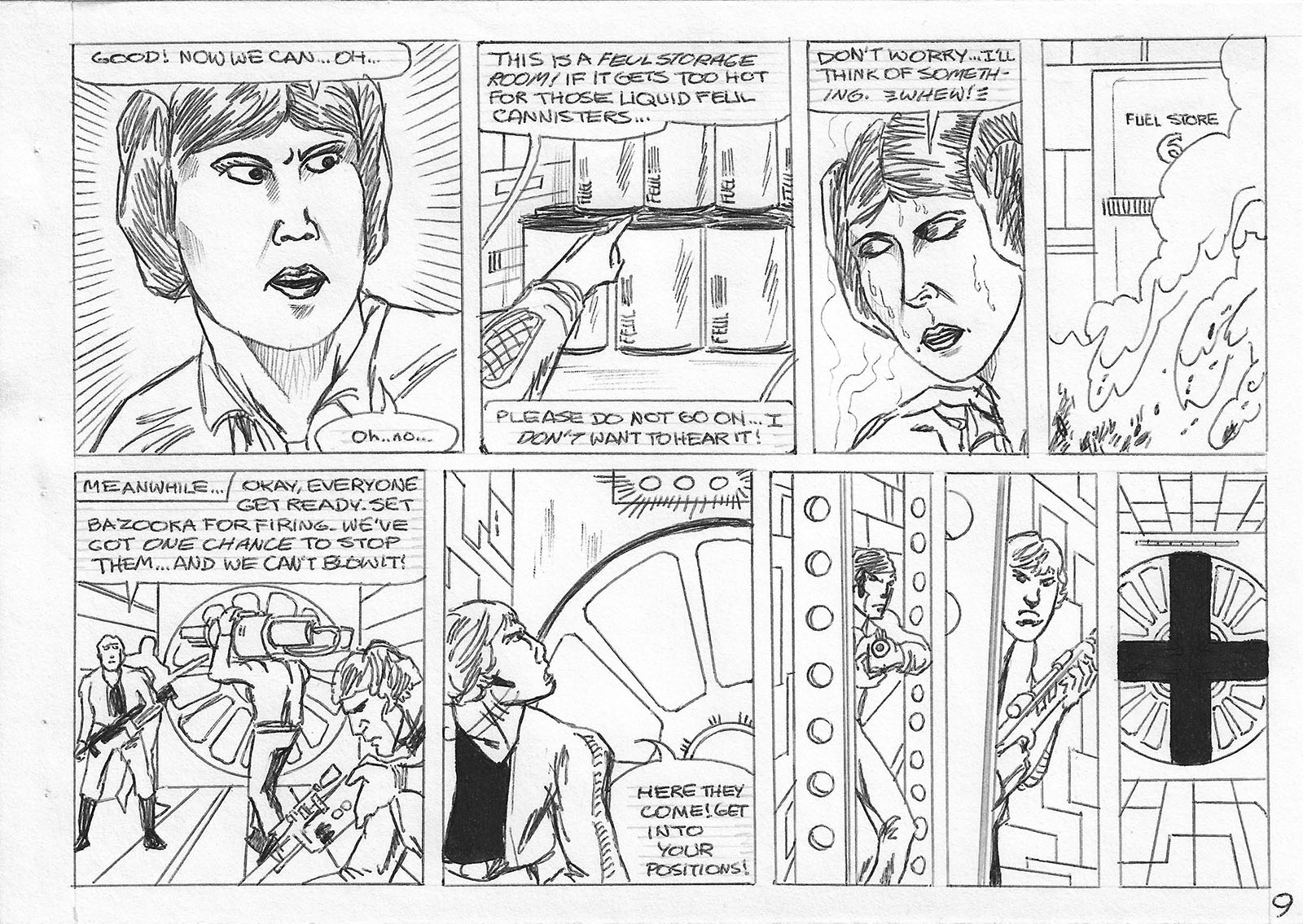 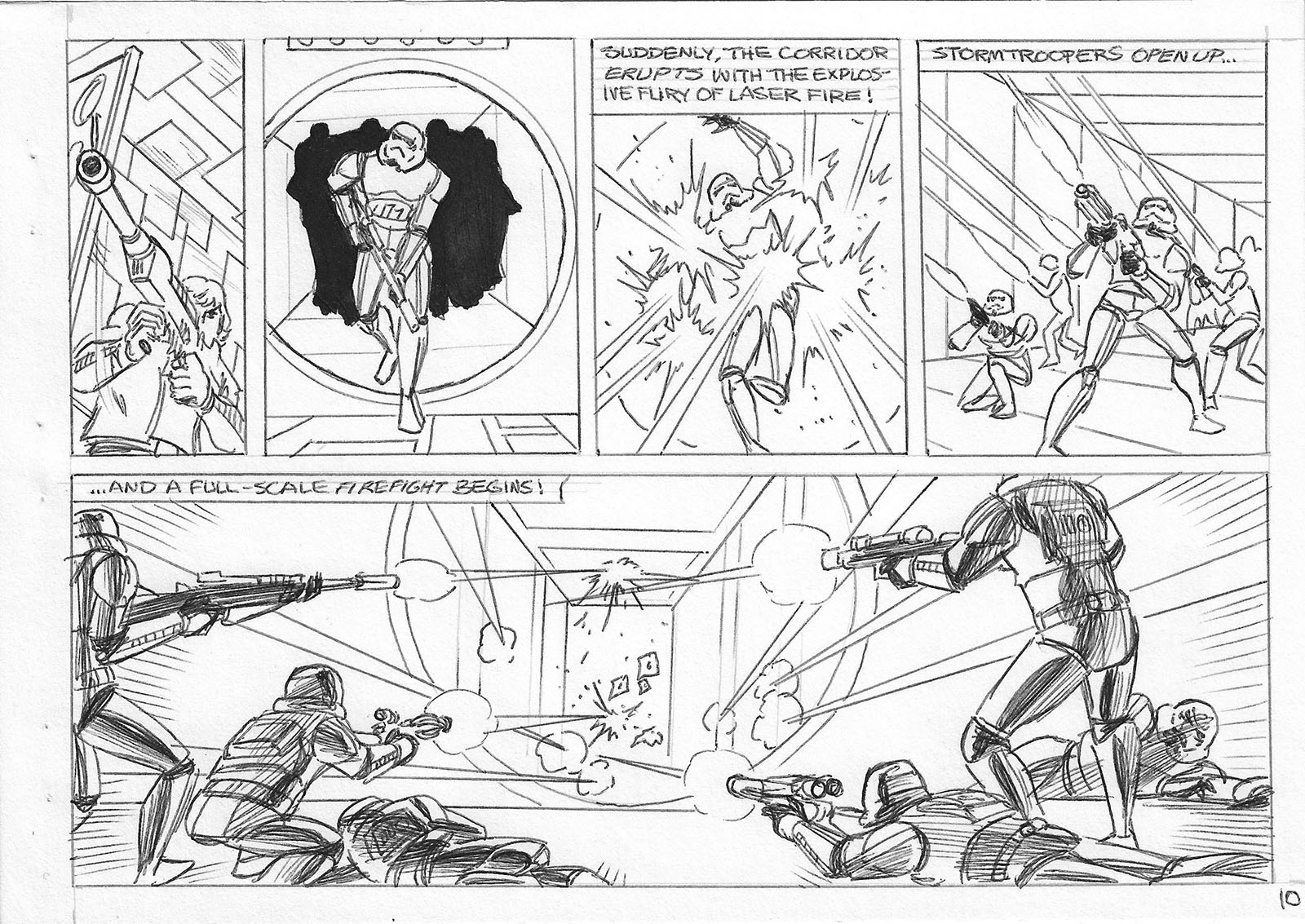 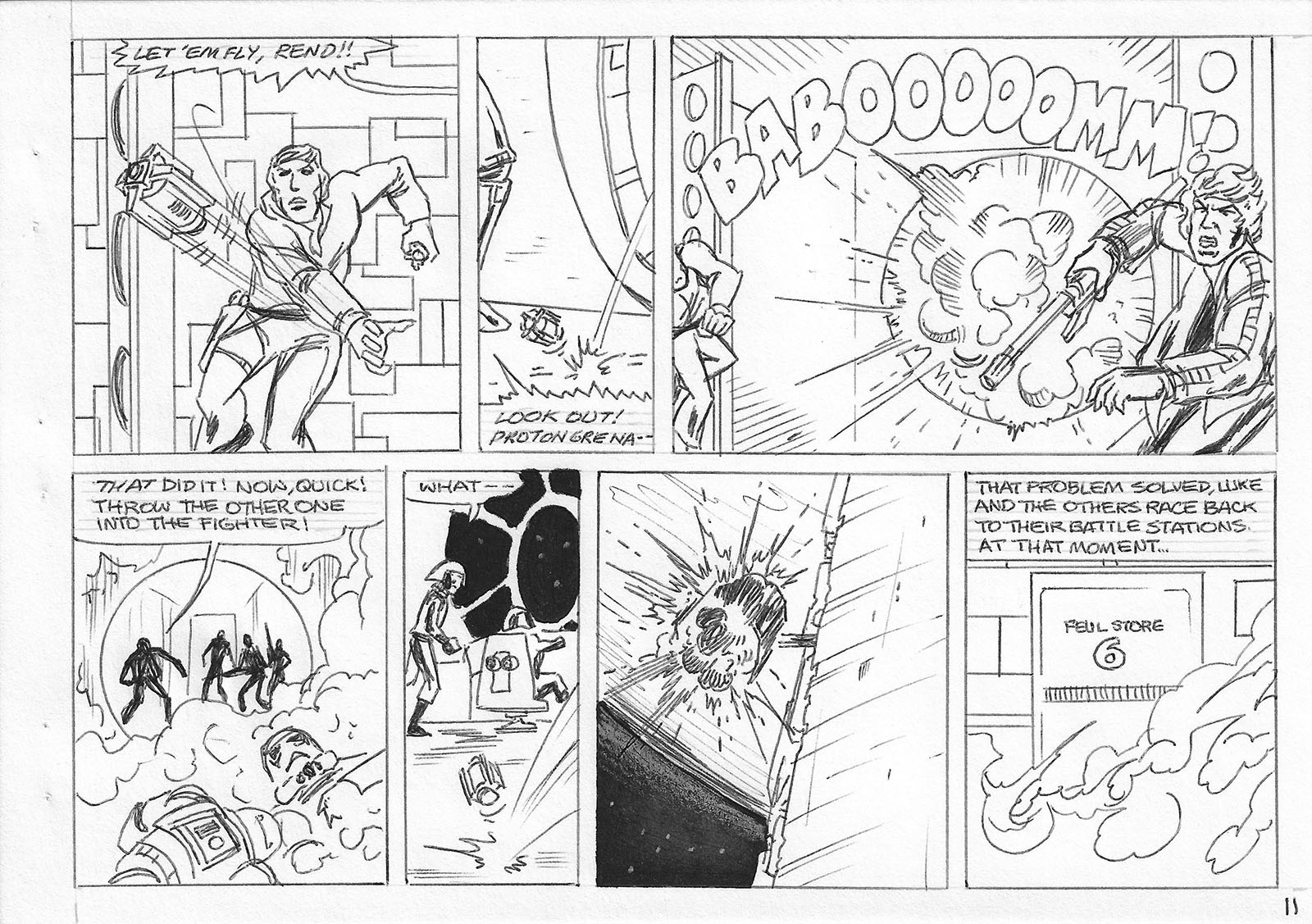 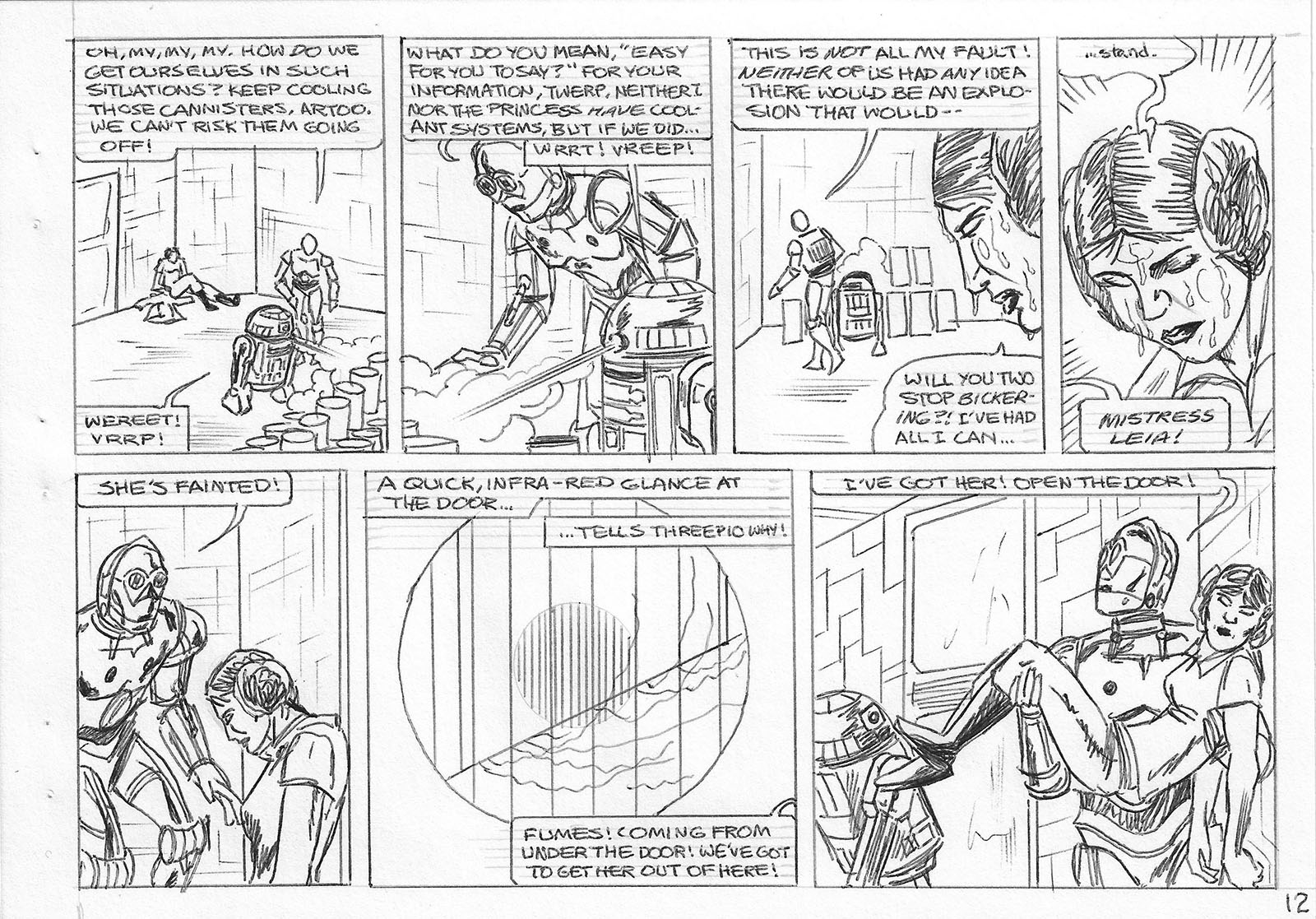 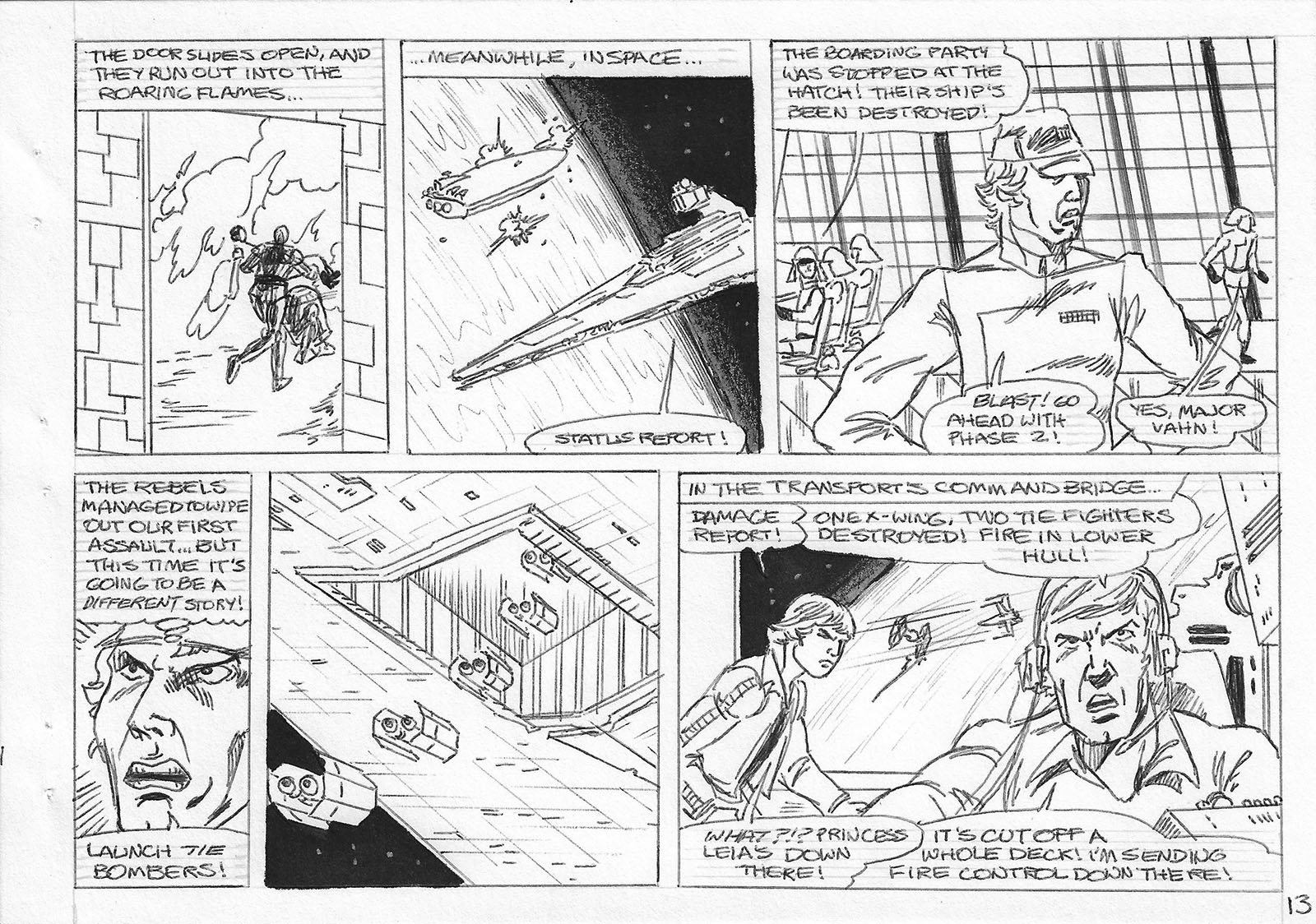 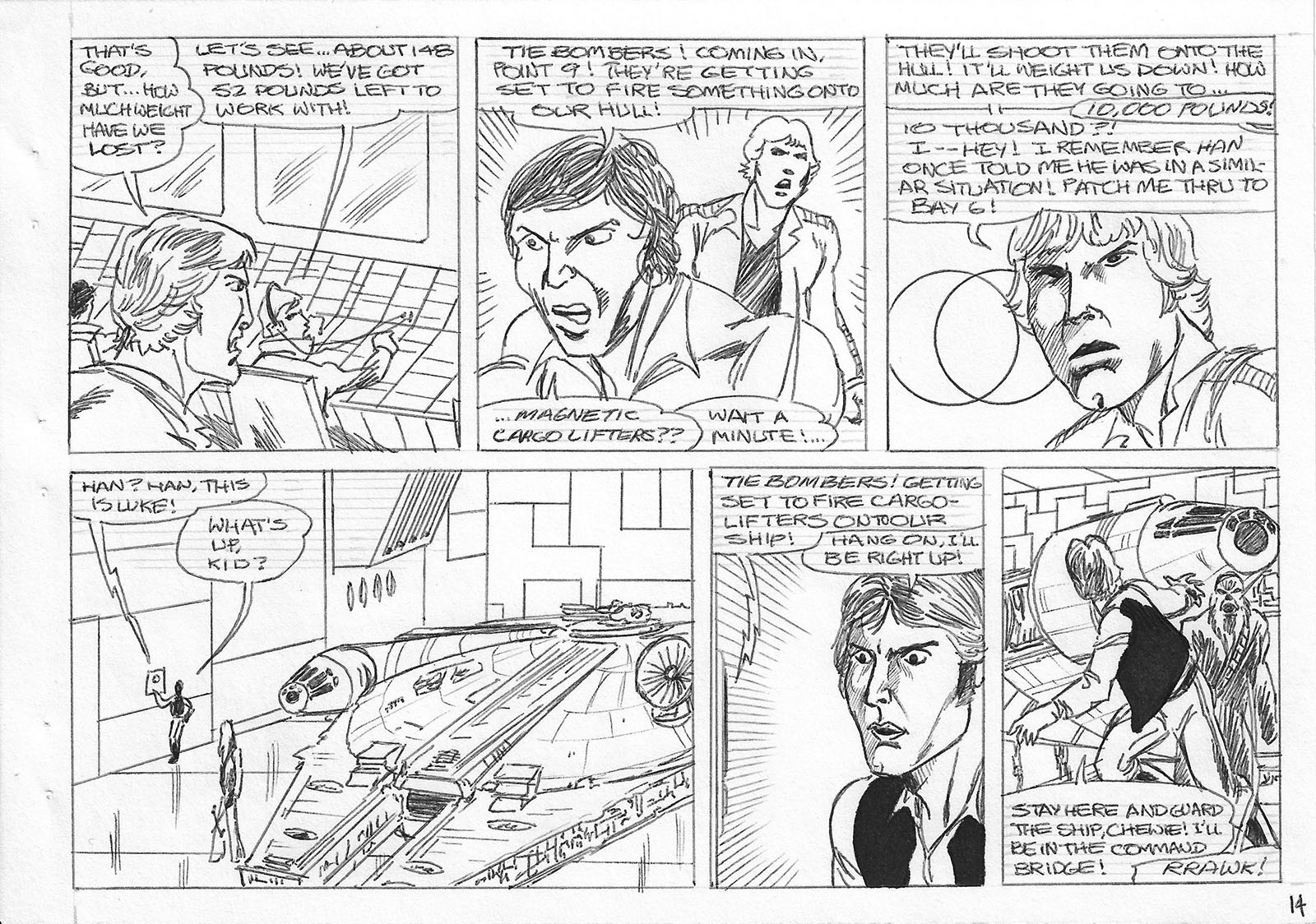 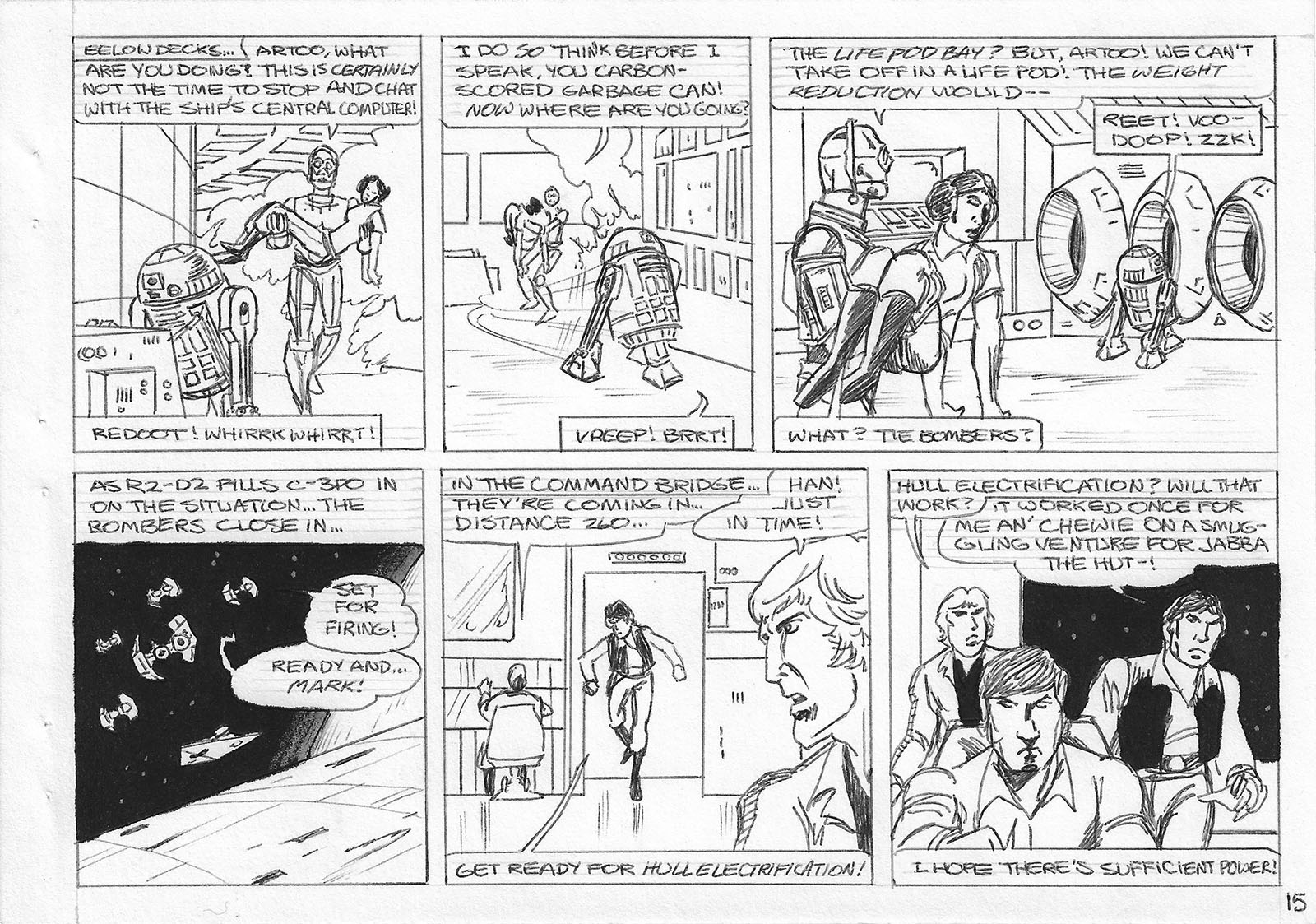 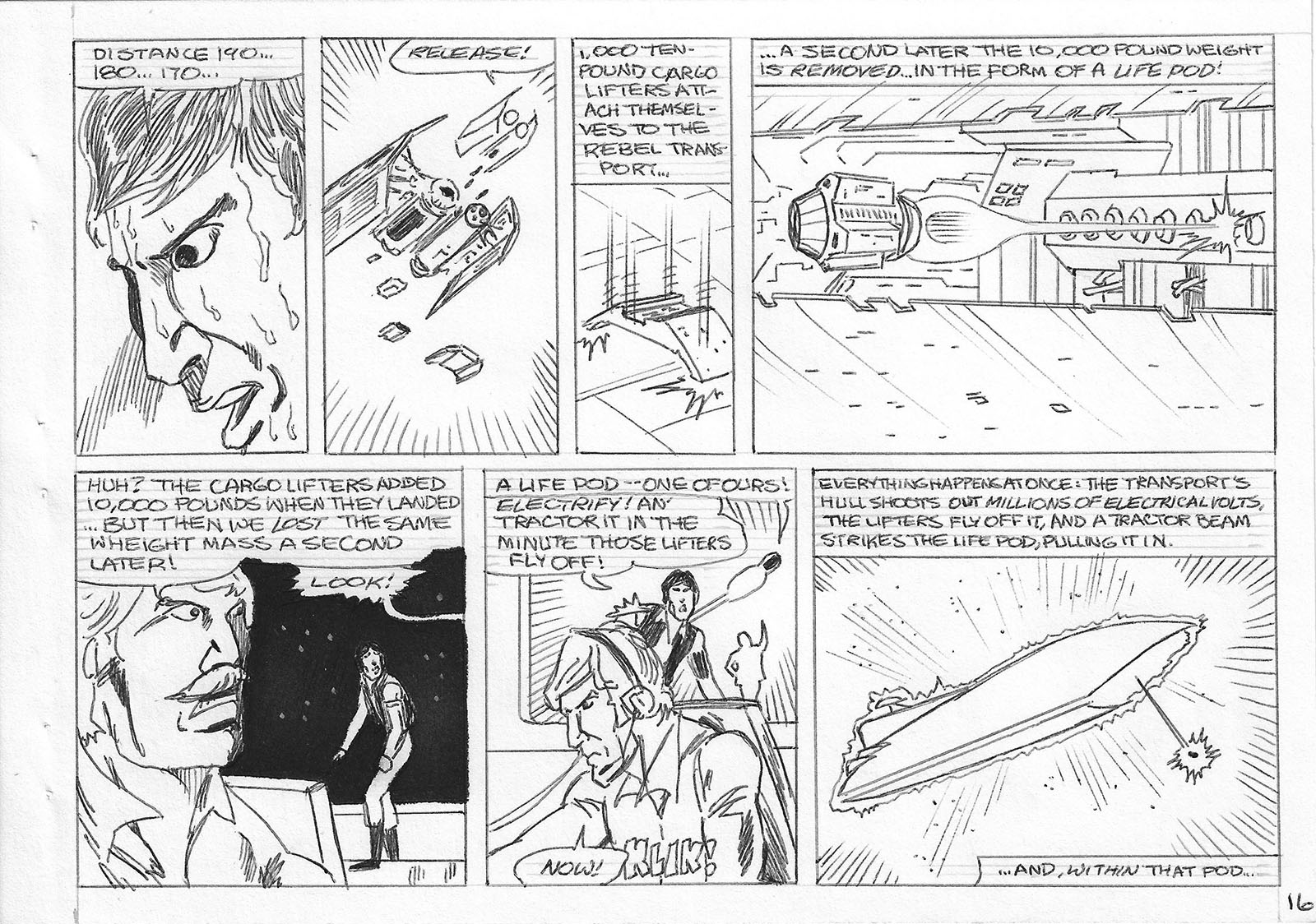 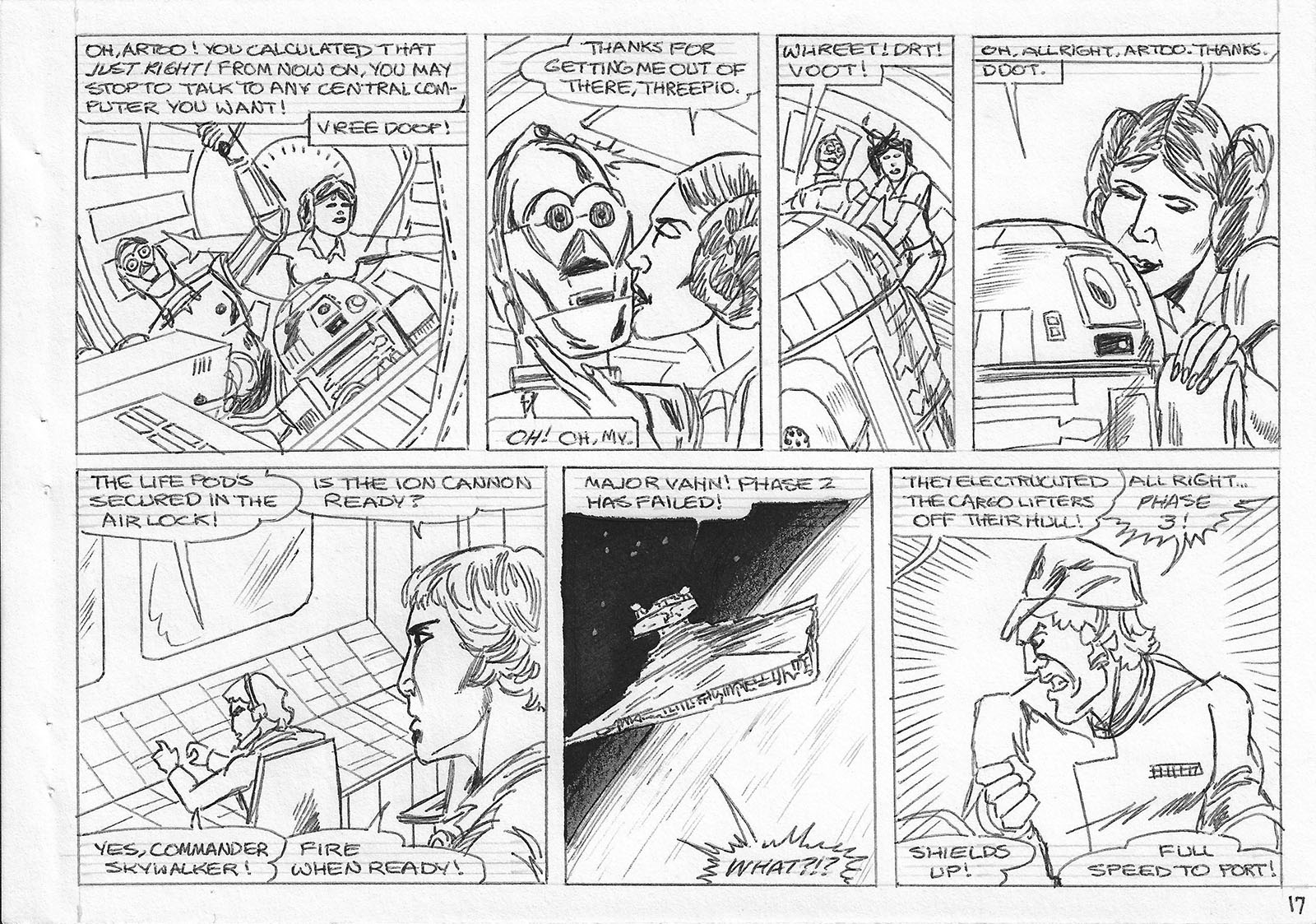 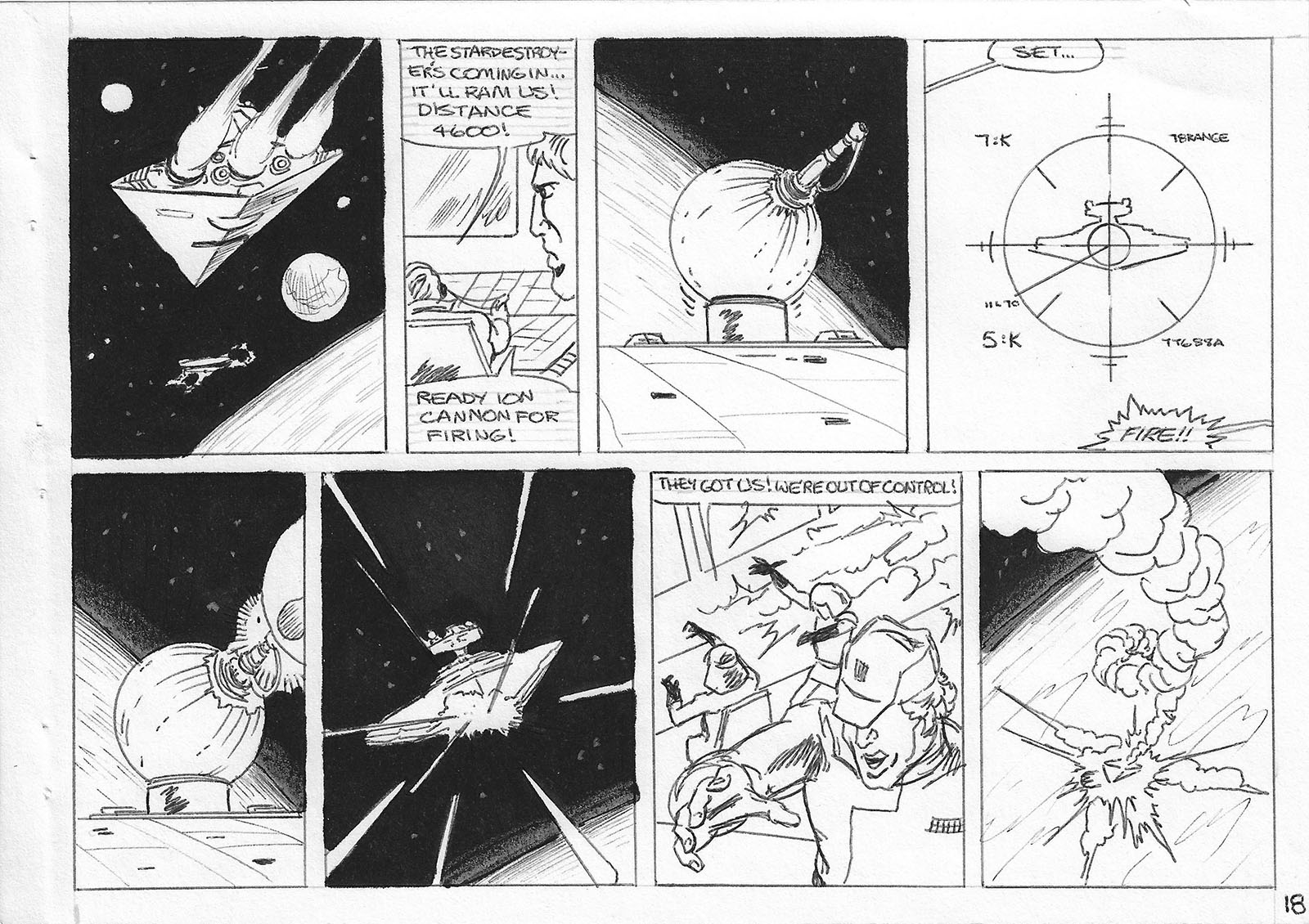 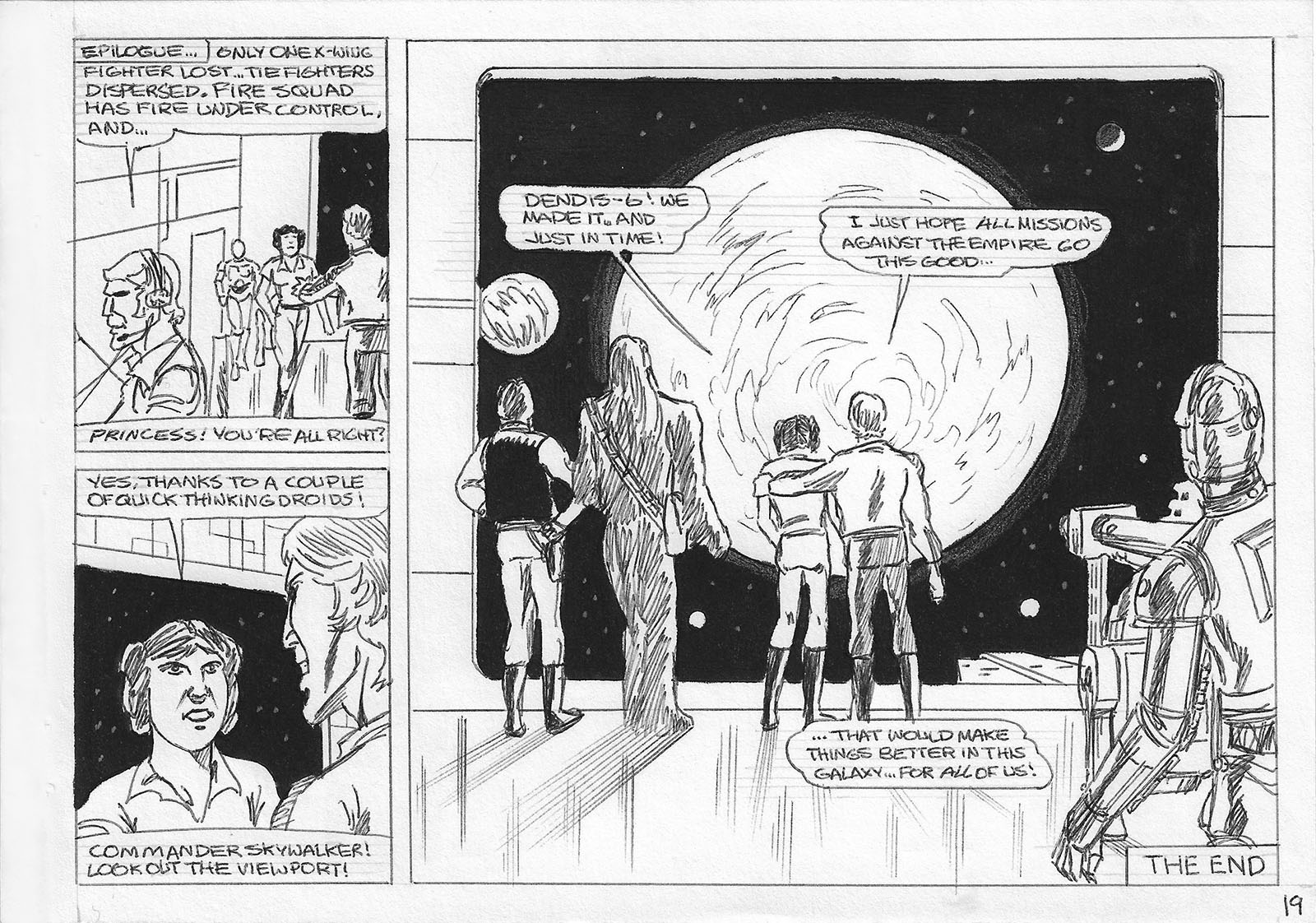