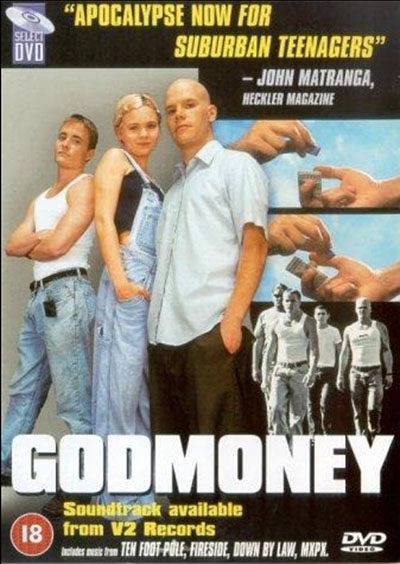 I will not be at all surprised if you never heard of an independent film called Godmoney. It’s a teen crime drama in which, according to the official logline, “A former New York drug dealer’s past catches up with him as he tries unsuccessfully to build a new life in California.”

It was written and directed by Darren Doane, who I first met when we were fellow employees of Malibu Comics in the 90s. I’d been a regular freelancer for them since 1989 (as described elsewhere) and in 1992 they got a big cash infusion that put them on an expansion course. One move was to hire their most reliable freelancers to join the staff, which sparked my life-changing transition from Michigan to California.

Another move was to hire an in-house film director to turn Malibu comics into Malibu movies. That director was an amiable goofball named Darren Doane. It wasn’t a bad idea for Malibu to have their own film department, since they needed someone on hand to shoot commercials and get coverage of the expansion. They also made a couple short features (comic book tie-ins) that earned some attention. This was how I got my very first taste of storyboarding, since Darren liked my comic book work and thought I might have some chops. (Turned out he was right, but said chops lay more in the TV animation zone.)

The Malibu experiment ended a couple years later and we all went on to other jobs in our respective fields, but Darren and I kept in touch. He threw one or two projects my way, since he was close to the indendent music scene in L.A. and shot several music videos. (See the list on his Wikipedia page.)

He also made his own low-budget independent movies using whatever resources he could get, which brings us to Godmoney. By the time I heard about it, the film was already finished but not yet released. Darren was looking for unique ways to promote it, and he hit on one that would involve me: a Godmoney comic book. 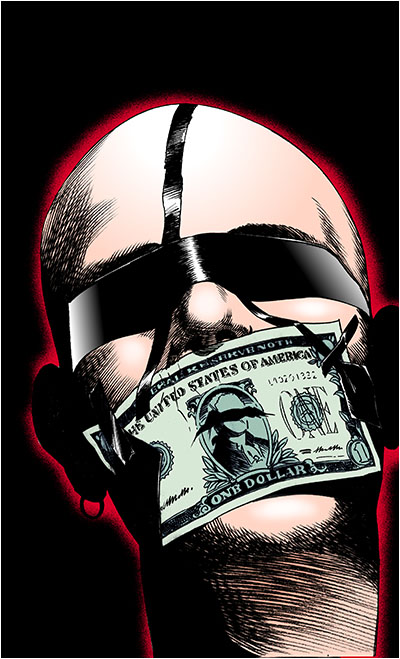 A simple comic adaptation of the film wouldn’t really add value to it, but a companion story would. After seeing a VHS screener, I thought the best approach would be to tell the story that came before the movie. The main character’s past was catching up with him, and that past was ripe for exploration.

Darren gave me free reign to do whatever I wanted in 24 pages, as long as it matched the tone of the film. I’d never done a crime drama before. Hell, I almost never wrote a story set on Planet Earth before, let alone contemporary Earth. But as David Bowie said, “Always go a little further into the water than you feel you are capable of being in. Go a little bit out of your depth. When you don’t feel that your feet are quite touching the bottom, you’re just about in the right place to do something exciting.”

The timing on this was good; 1997 was my first full year in TV animation and I didn’t have any other comics competing for my time, so I dug in. Having never lived a life of crime, I didn’t have any personal experience to bring to the story. Nor had I yet been to New York, nor was I a teenager struggling to survive. But I did share the same existential crisis as every other American, helplessly watching human lives slide off a game board permanently tilted by systemic, societal injustice. I did have things to say about that, and this story gave me a chance.

In the latter stage of my full-time comics career, I was adept with Photoshop and had embraced digital techniques. I had a formula for drawing everything in pencil and moving directly to color, completely skipping the tedium of inking. Pencil lines offered a wider range of texture, perfect for a story as dark as this one. These days I draw on a tablet where everything comes out super clean and crisp, a very different look from the gritty reality of Godmoney. I also experimented with color, shifting tones with the mood of the main character. I’m still quite satisfied with the result when I look back at today. It represents the creative peak of a style that I’ve since moved on from, and looks like nothing else in my catalog.

Darren loved it at every stage and carried the finished color proofs around with him everywhere. Unfortunately, it never got published. He paid me in full for the work and then sort of vanished into his ongoing film career. The movie itself took another two years to get any kind of release, so that probably had something to do with it. It entered the streaming world in 2017 and can now be seen on Tubi. (Click here for its imdb page.)

Therefore, this is the world premiere of a “secret comic” that no one has had an opportunity to read before now. Bone apetito. 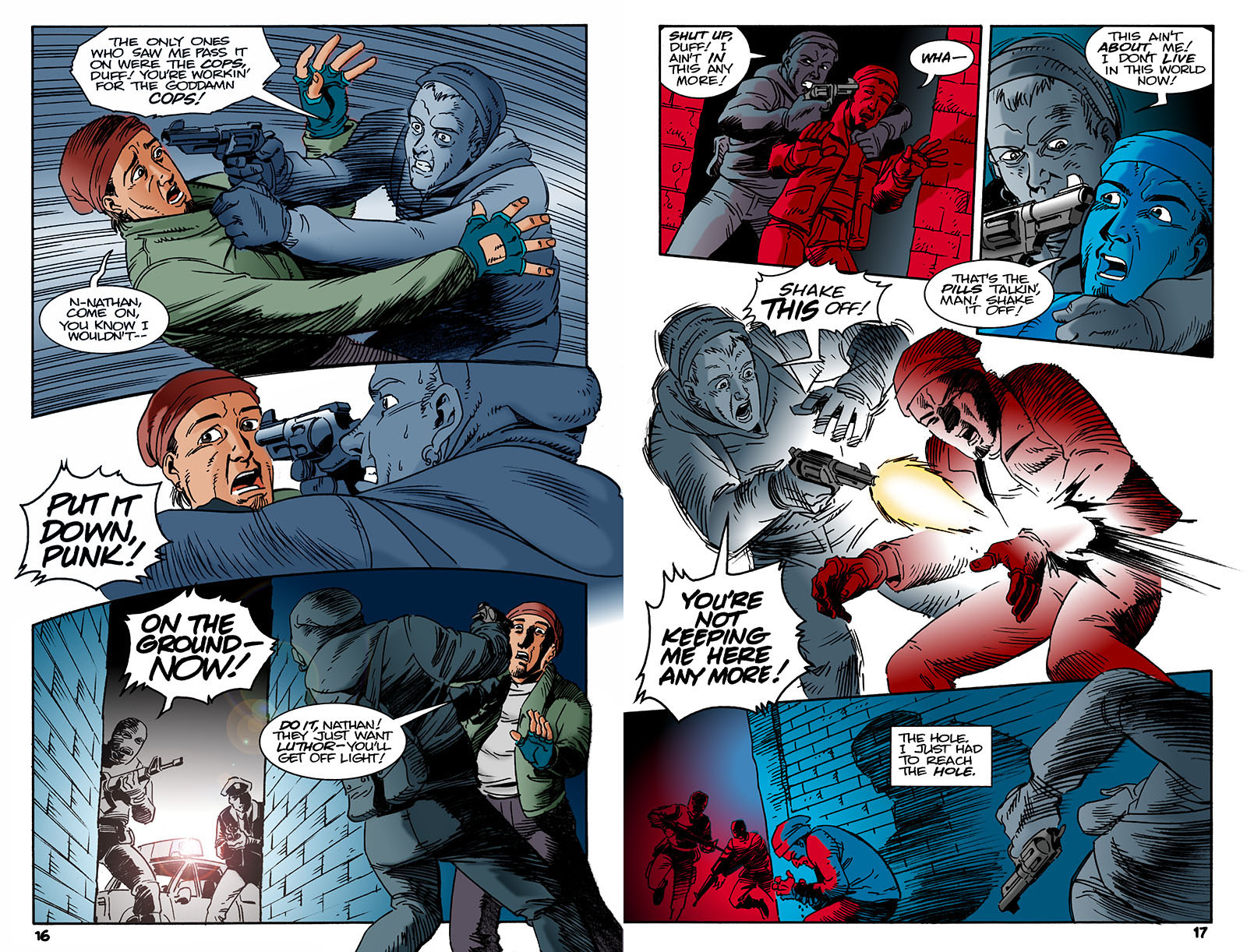