As I look back over these issues, I’m relieved to see good habits starting to replace bad ones in terms of the art. I was getting better at constructing figures that didn’t come out lop-sided, and my brush inking was steadily improving, especially when it came to rendering hair and clothing. The brush is the ideal tool for that, and continuous practice was starting to pay off.

But mostly I like the spaceship art. Mecha and spaceships were and still are my favorite element of SF, and I always took great pleasure in rendering them as precisely as possible, with weight and mass. I also relished the use of screen tones in this area, and big images of these ships in particular benefitted greatly from it. 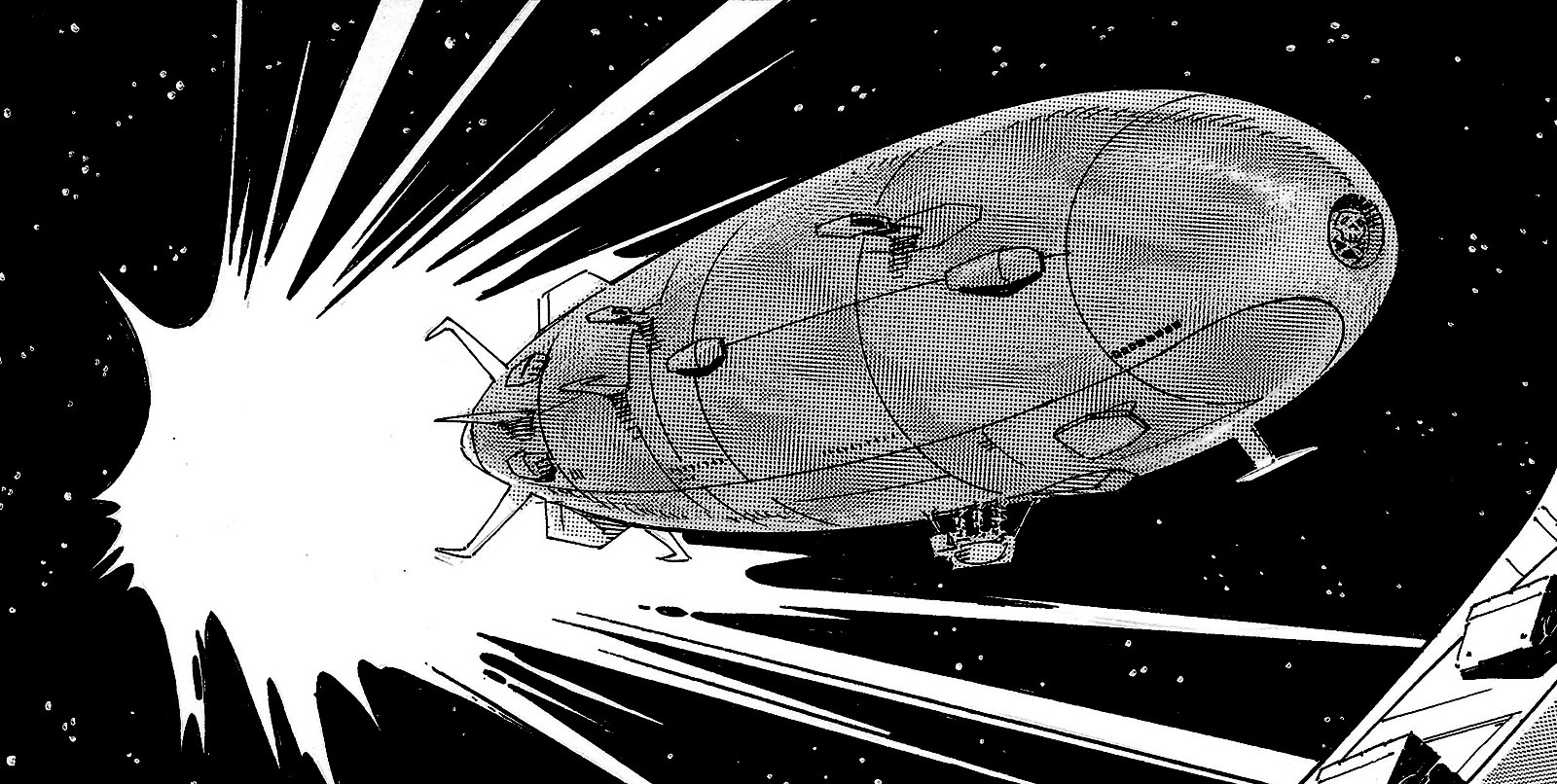 I especially enjoyed rare opportunities when I could apply screen-on-screen effects, where I’d position one over the other to get a secondary pattern that added more depth and texture. The last page of issue 4 is one of my favorites from the entire series. I’ve sold off a lot of original art, but I held onto that one. The tonal effects on this drawing of the Queen Emeraldas delight me to this day. It feels like something that happened all by itself, like magic.

Robert Gibson gave me a present in the script for issue 3, which opens with a dream sequence for Tochiro. In it, he sees the Arcadia‘s bow get blasted off. I pushed for that to happen in the main story when it goes up against the Deathshadow, and Robert said he didn’t want to take it that far. But he still found a way to let me draw it. After describing the scene in the script, he wrote: “Happy, Tim?” 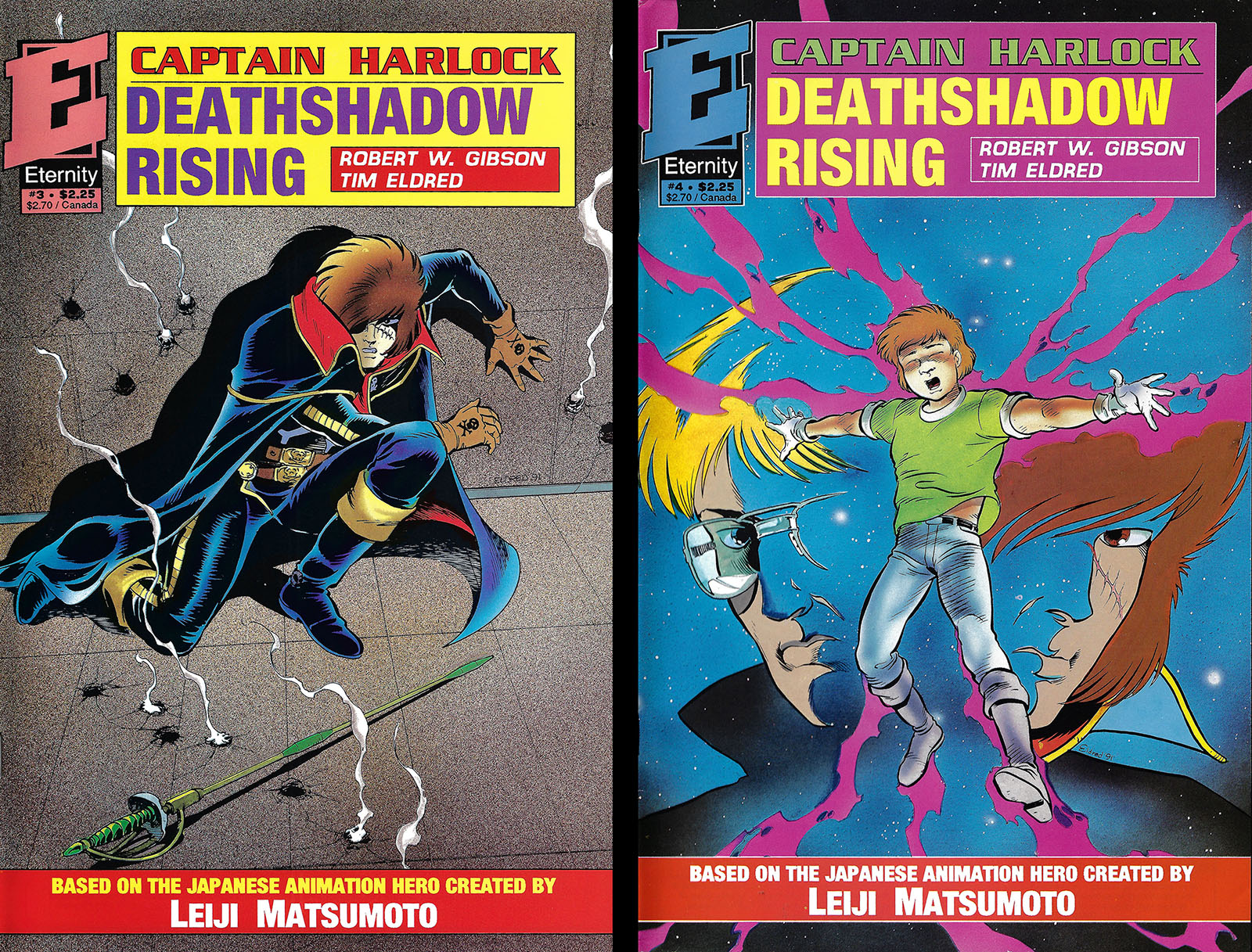