R. Talsorian Games was founded in 1985 as RPGs were on the rise. I’m pretty sure I approached them in 1991 when I was branching out from comic books into game illustration to help reinforce the ol’ bank account. It helped that I was known in the anime fan community, and the chairman of the company (Mike Pondsmith) was an anime dude. His first game Mekton was anime-inspired and laid the foundation for many things to come.

Their next big thing was a game called Cyberpunk in 1989 (later renamed Cyberpunk 2020), which took its cues from the rising SF subgenre and Blade Runner. Every successful RPG begat more editions and spinoff books, and that’s where Chromebook came in. R. Talsorian published the first Chromebook in 1991 as a “style guide” to the world of Cyberpunk. They were essentially catalogs of gadgets, weapons, personal gear, and other trinkets to load out your character for gameplay.

Four Chromebooks were published annually from 1991 to 1994, and I somehow got myself an assignment on the second volume. I was sent an outline for 21 illustrations at various sizes, describing exotic gadgets in multiple categories. I had to design them from scratch, which I’d already been doing in my comics. I approached it as an exercise in SF product design for the future.

Of course, some of the concepts were eventually surpassed by the steady beat of real-world technology, but some were quite prescient, and others have yet to arrive. We’re not even close to living in a world like the one Cyberpunk envisioned for the year 2020, but R Talsorian wisely declared it an alternate timeline from the start.

Below are all my illustrations for Chromebook 2, which was published in 1992. I had adopted brushes as inking tools by that time, and was starting to get them to do what I wanted. Since then, all four Chromebooks have been published again as PDFs. I would work on two more R Talsorian projects after this one, culminating in their Armored Trooper Votoms anime RPG in 1997.

Find all the Cyberpunk products at the R Talsorian website here.

Read about Cyberpunk at Wikipedia here.

See a complete PDF of the original game here. 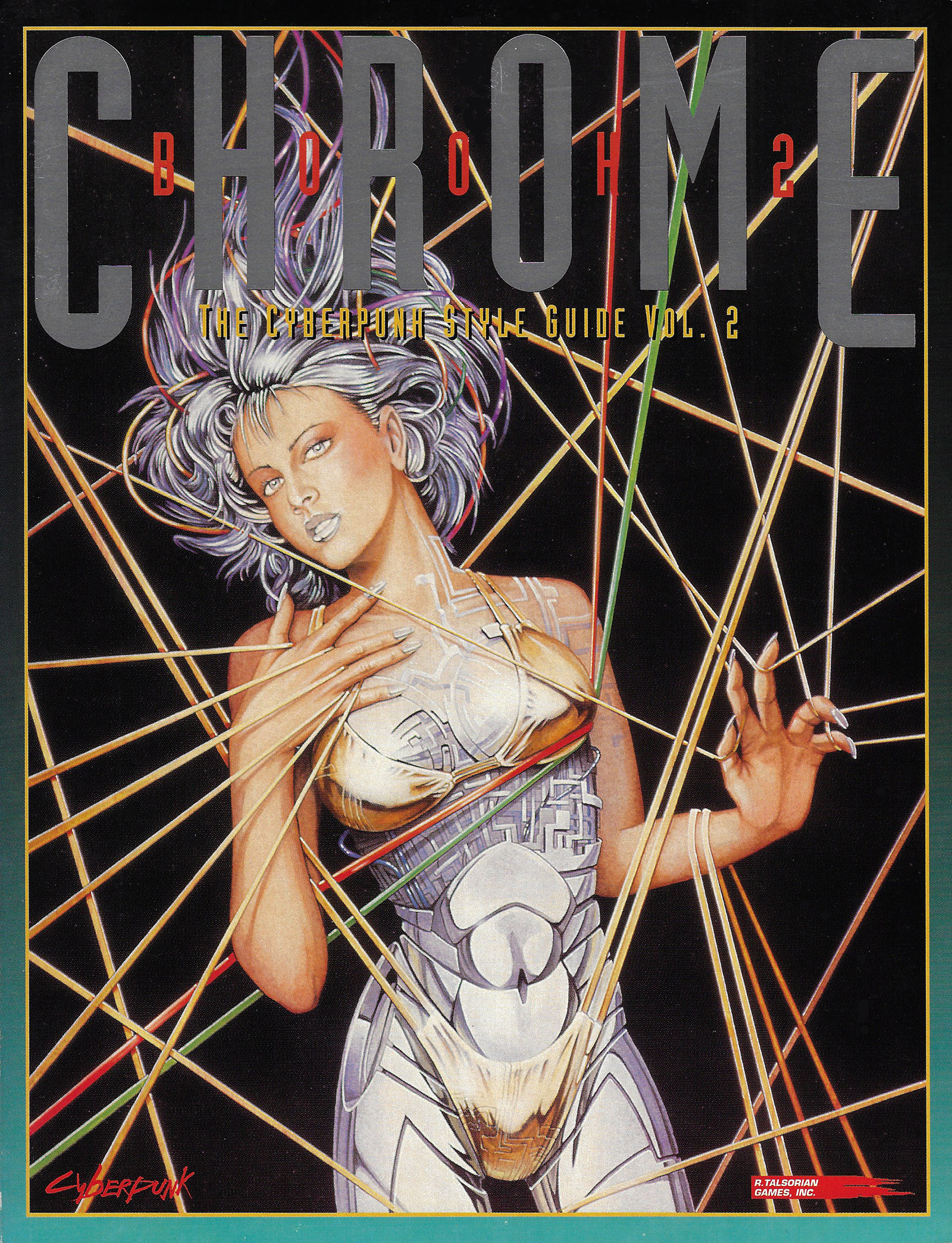 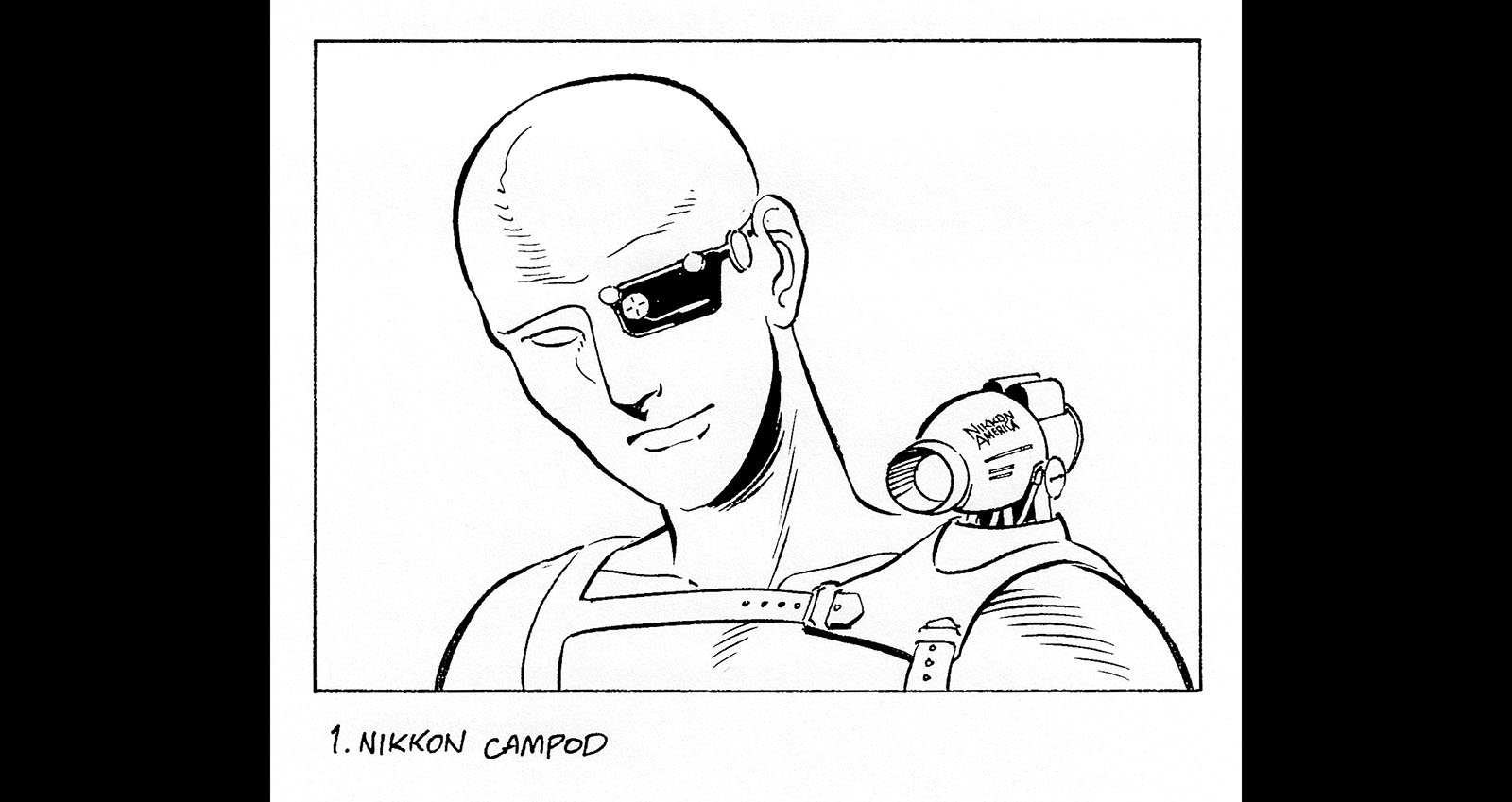 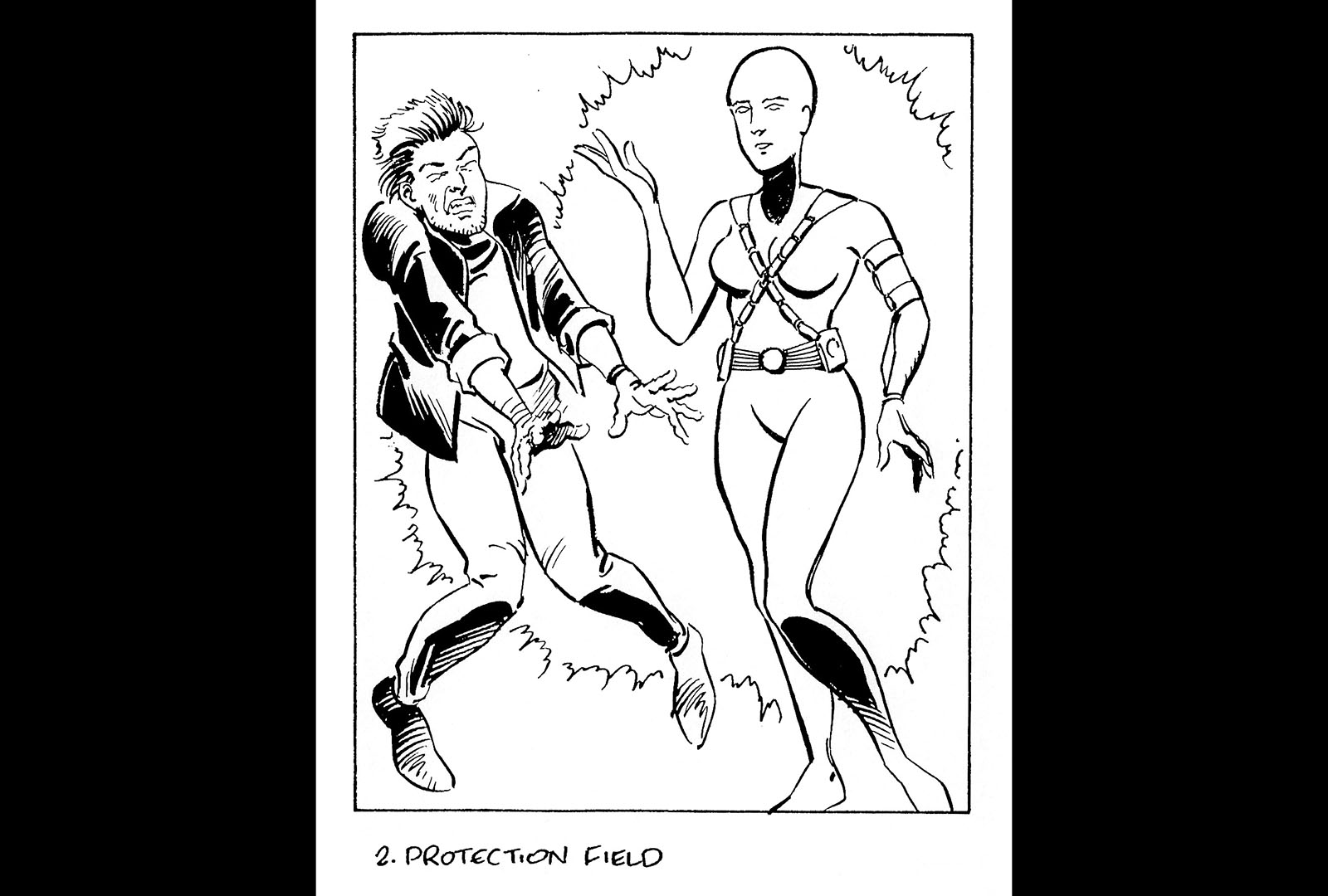 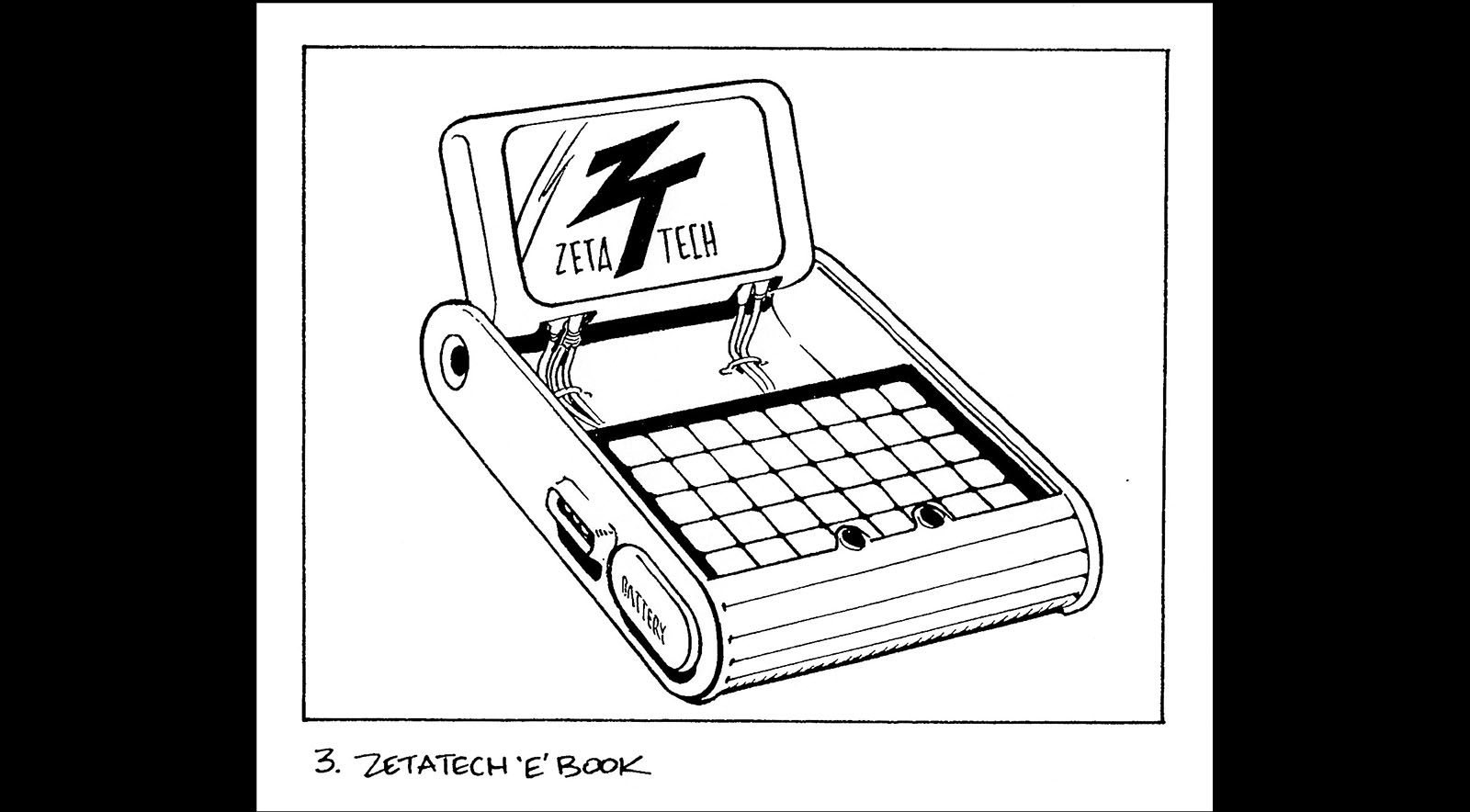 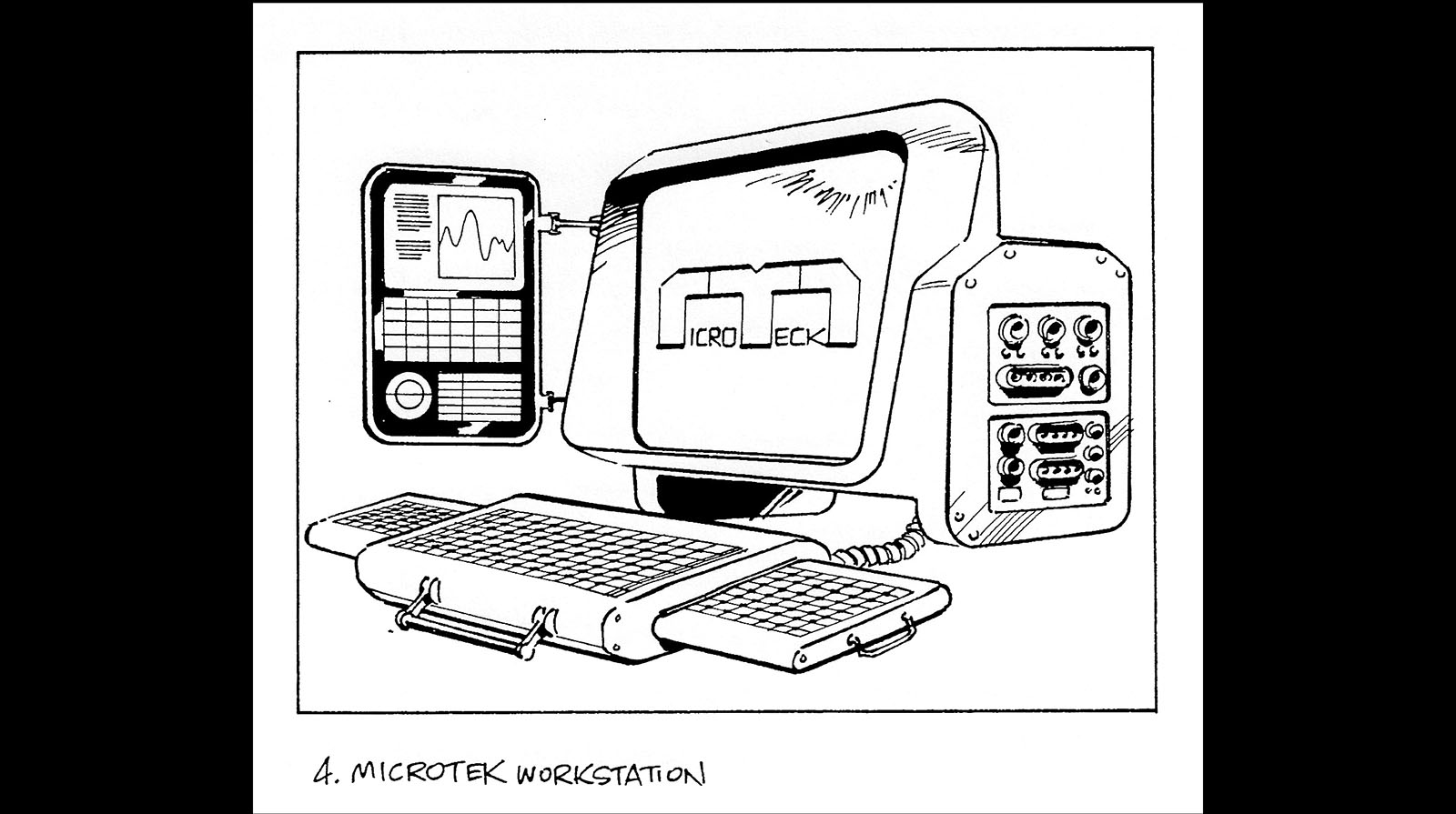 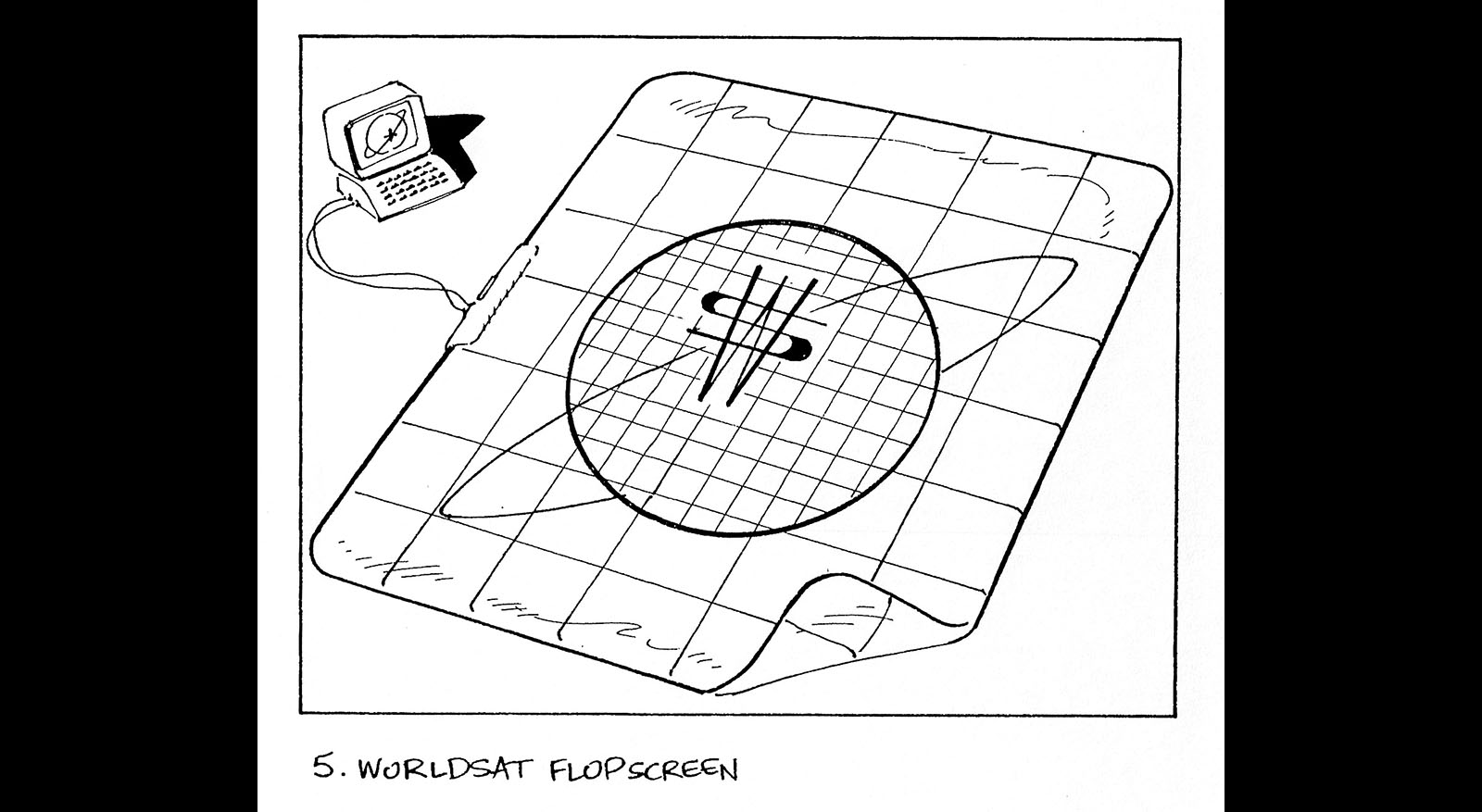 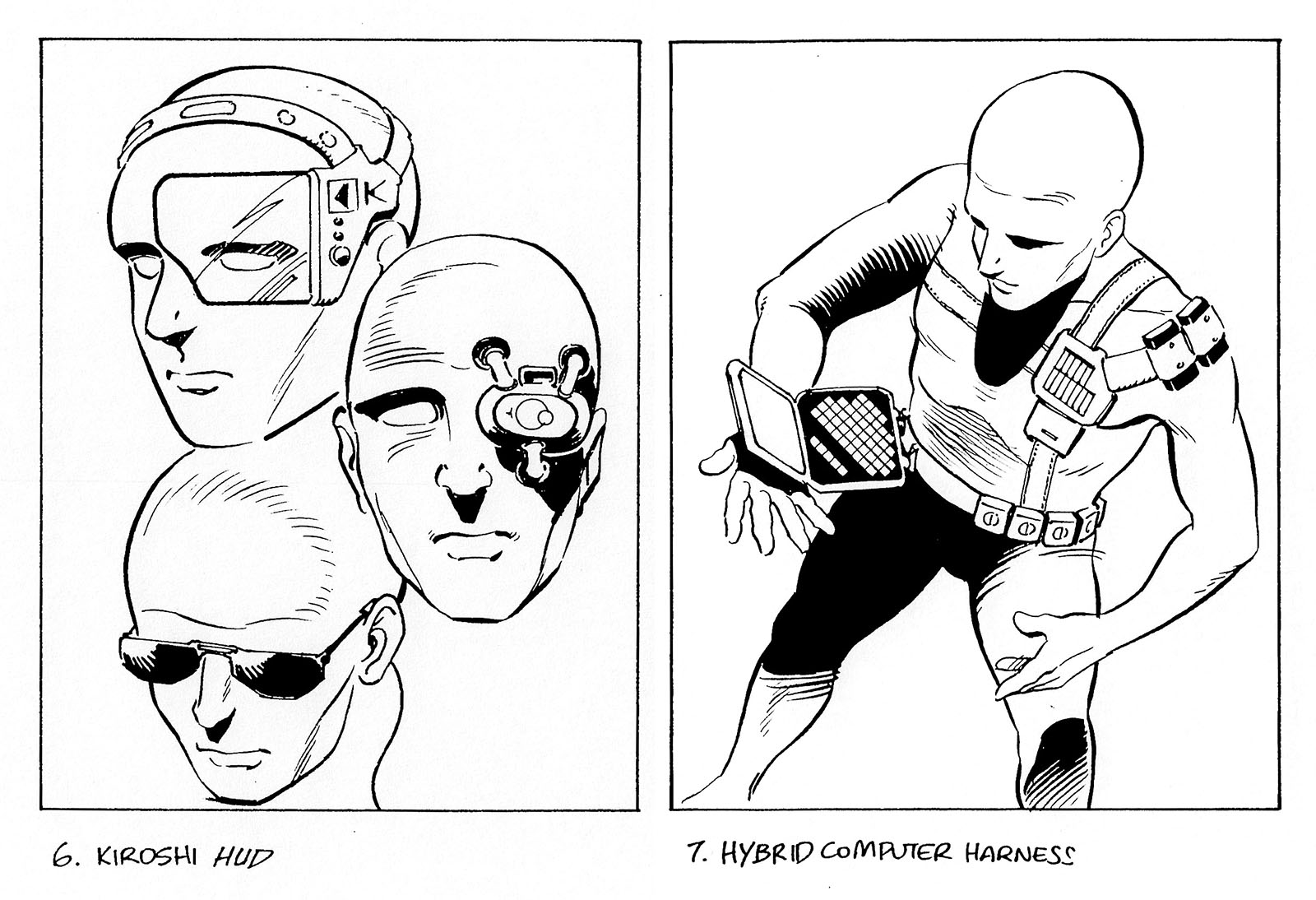 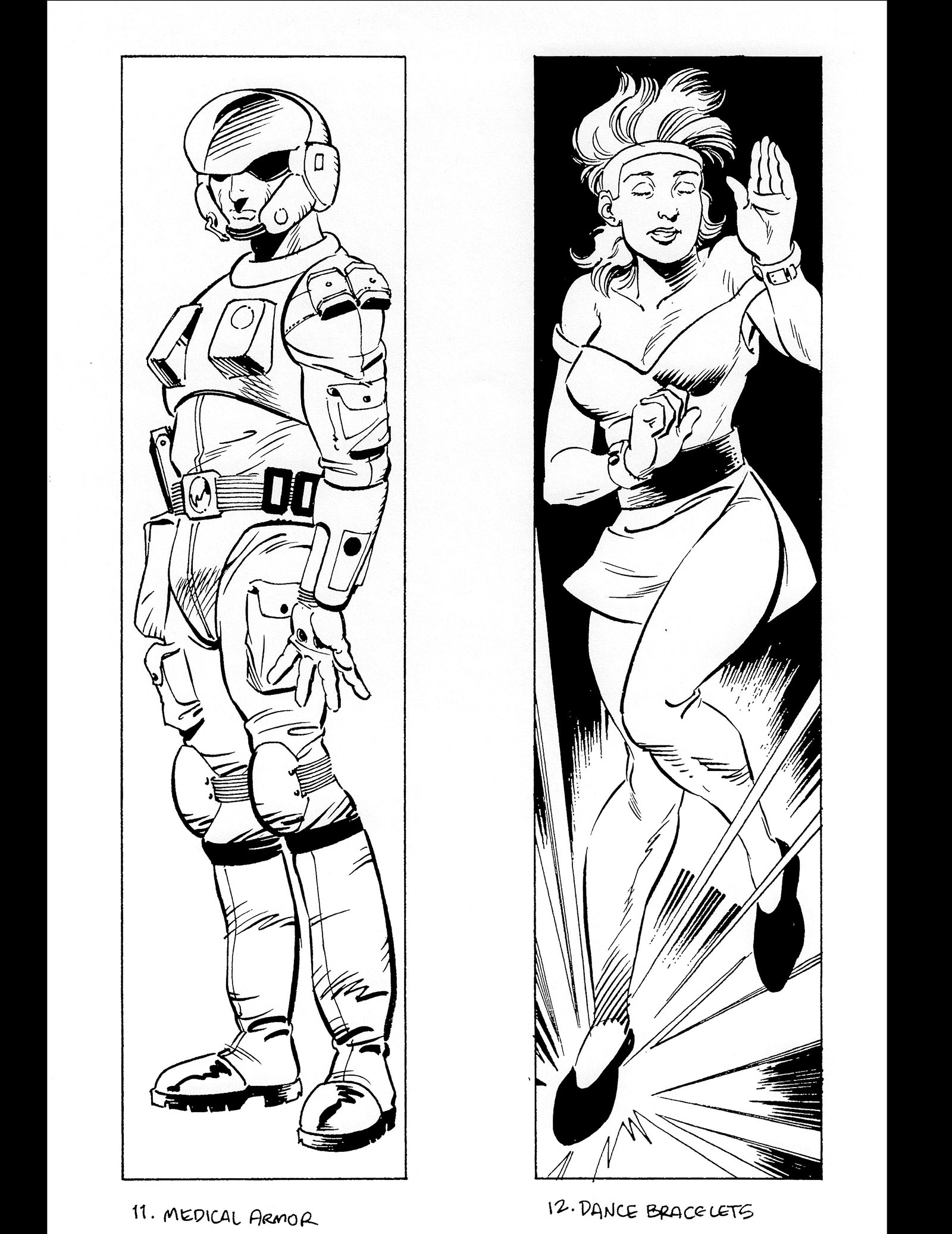 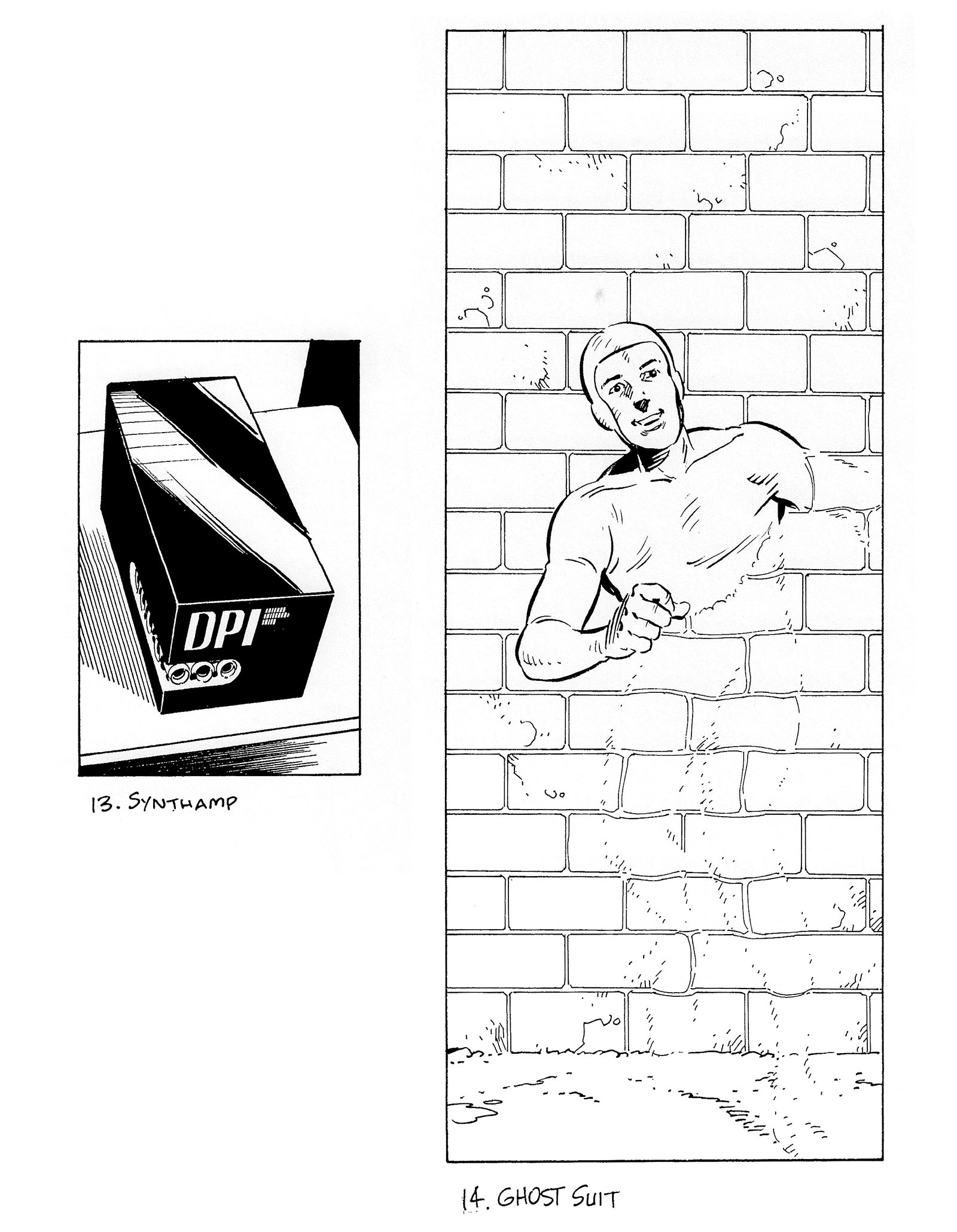 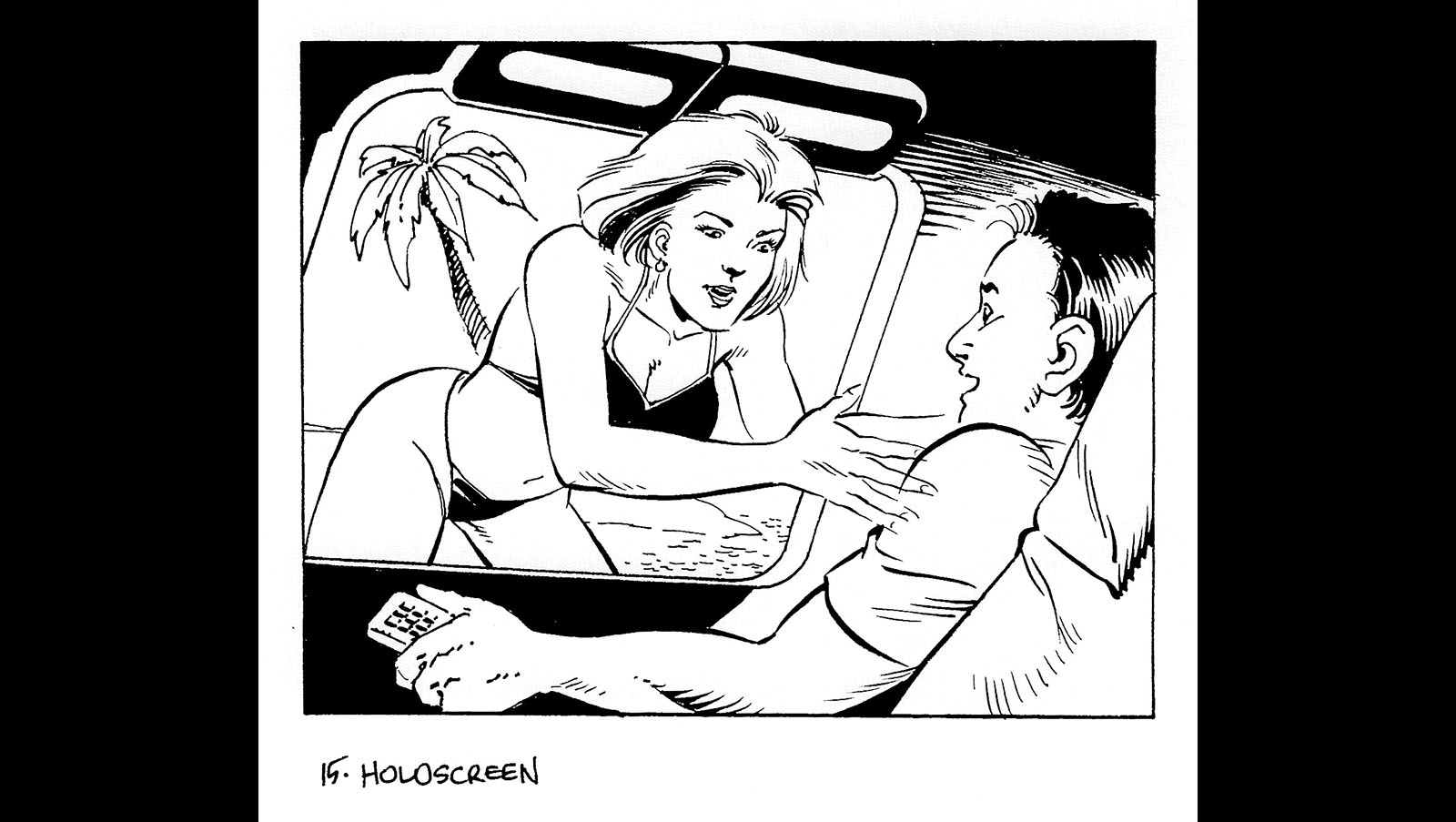 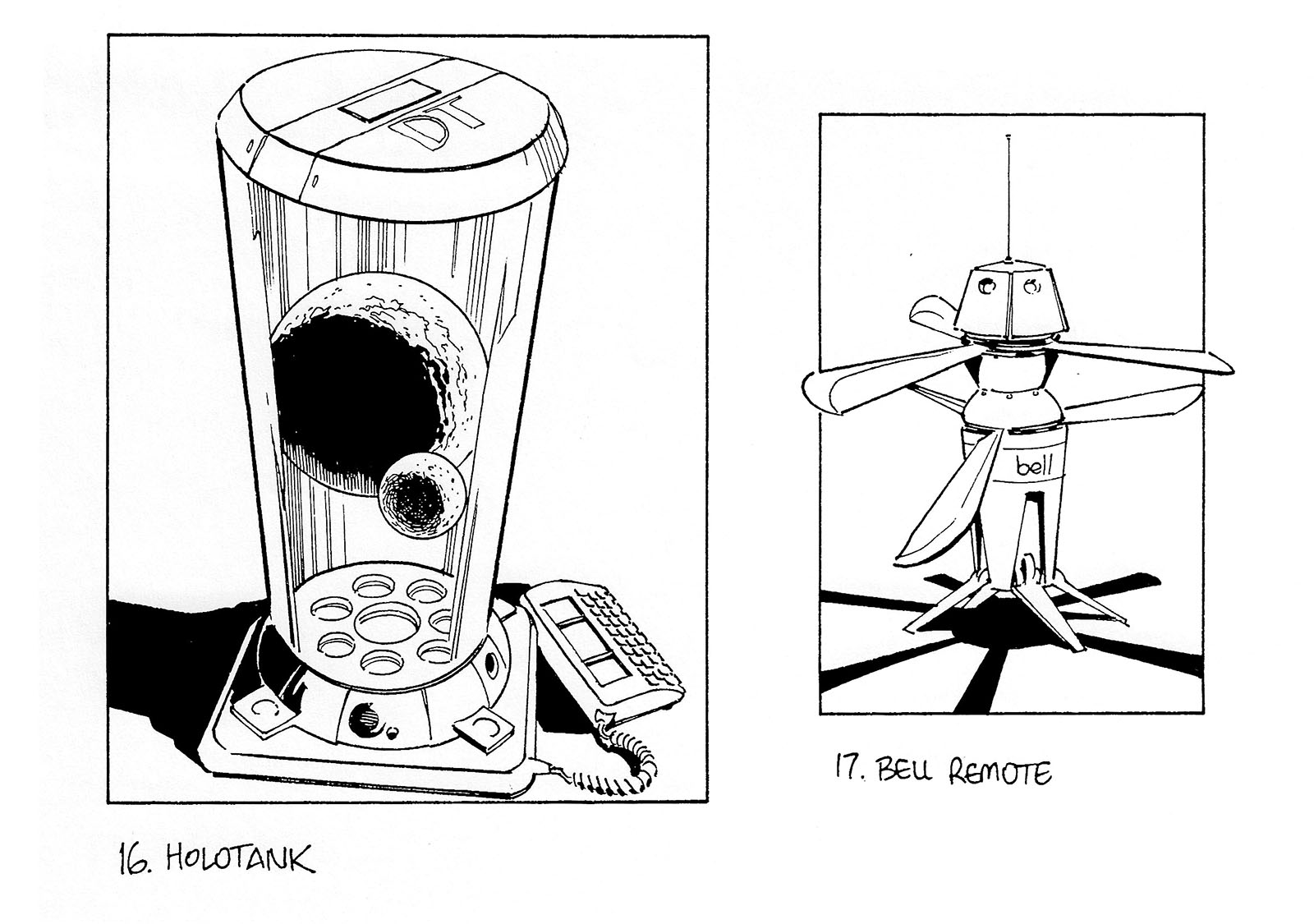 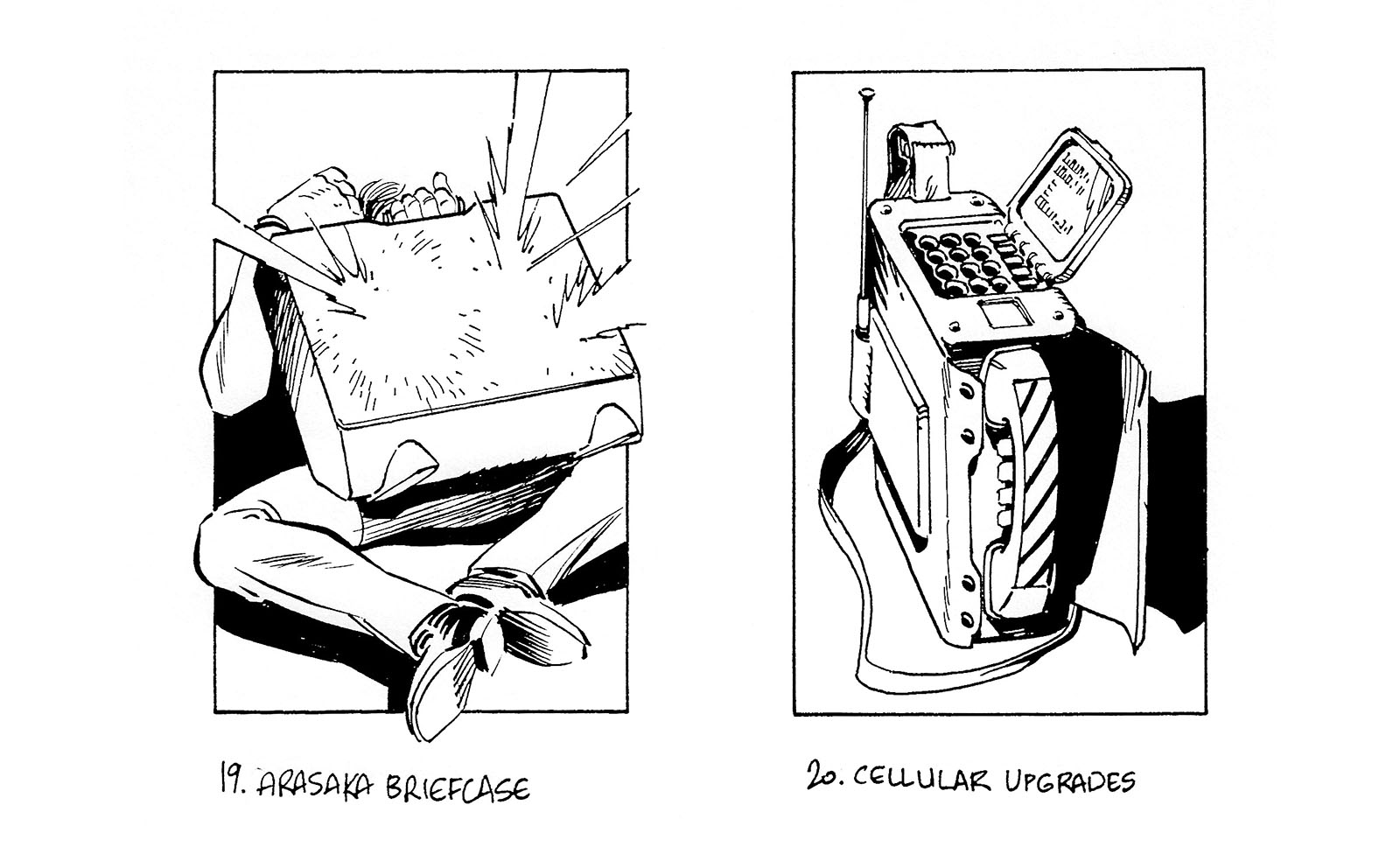 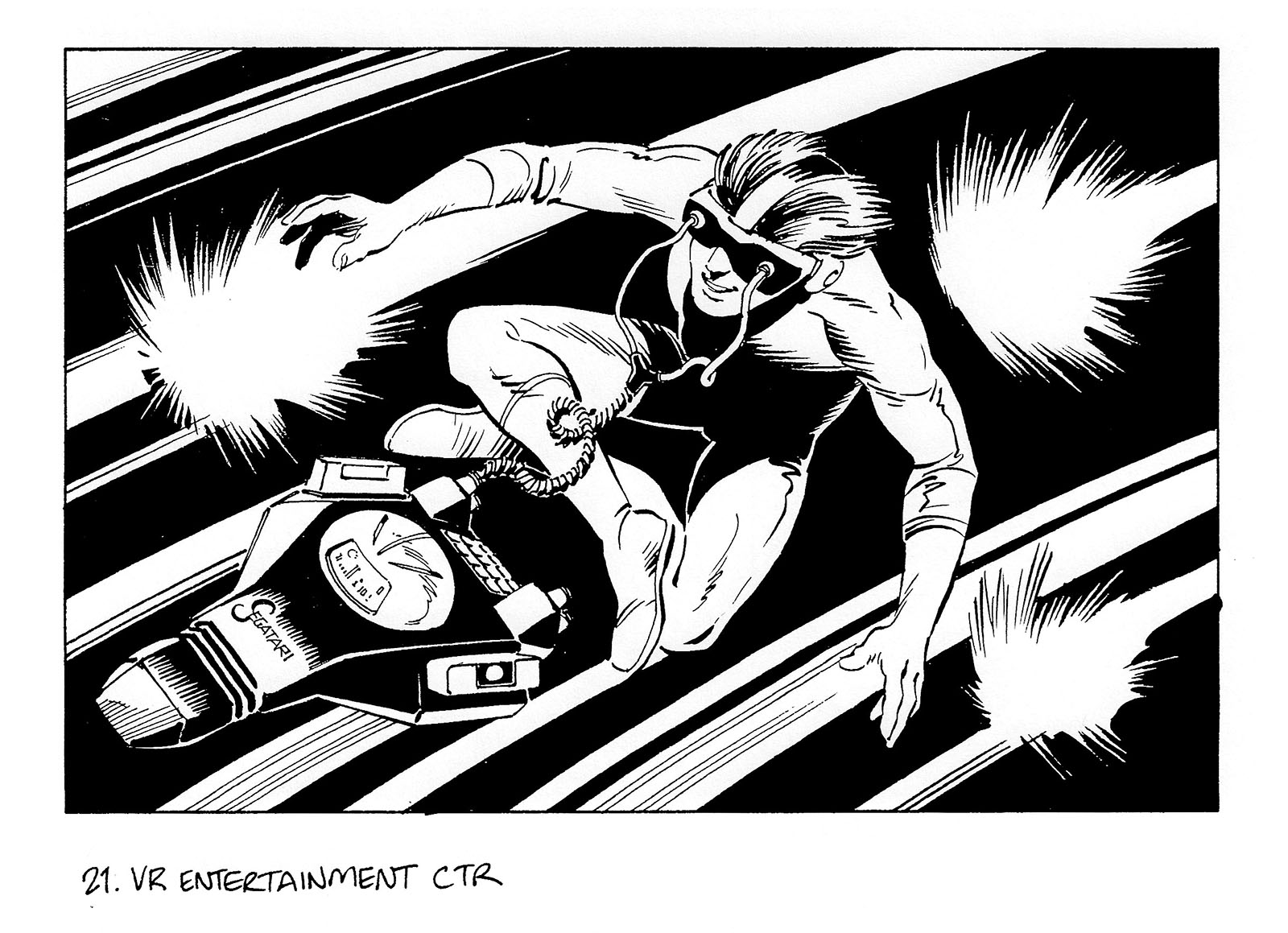 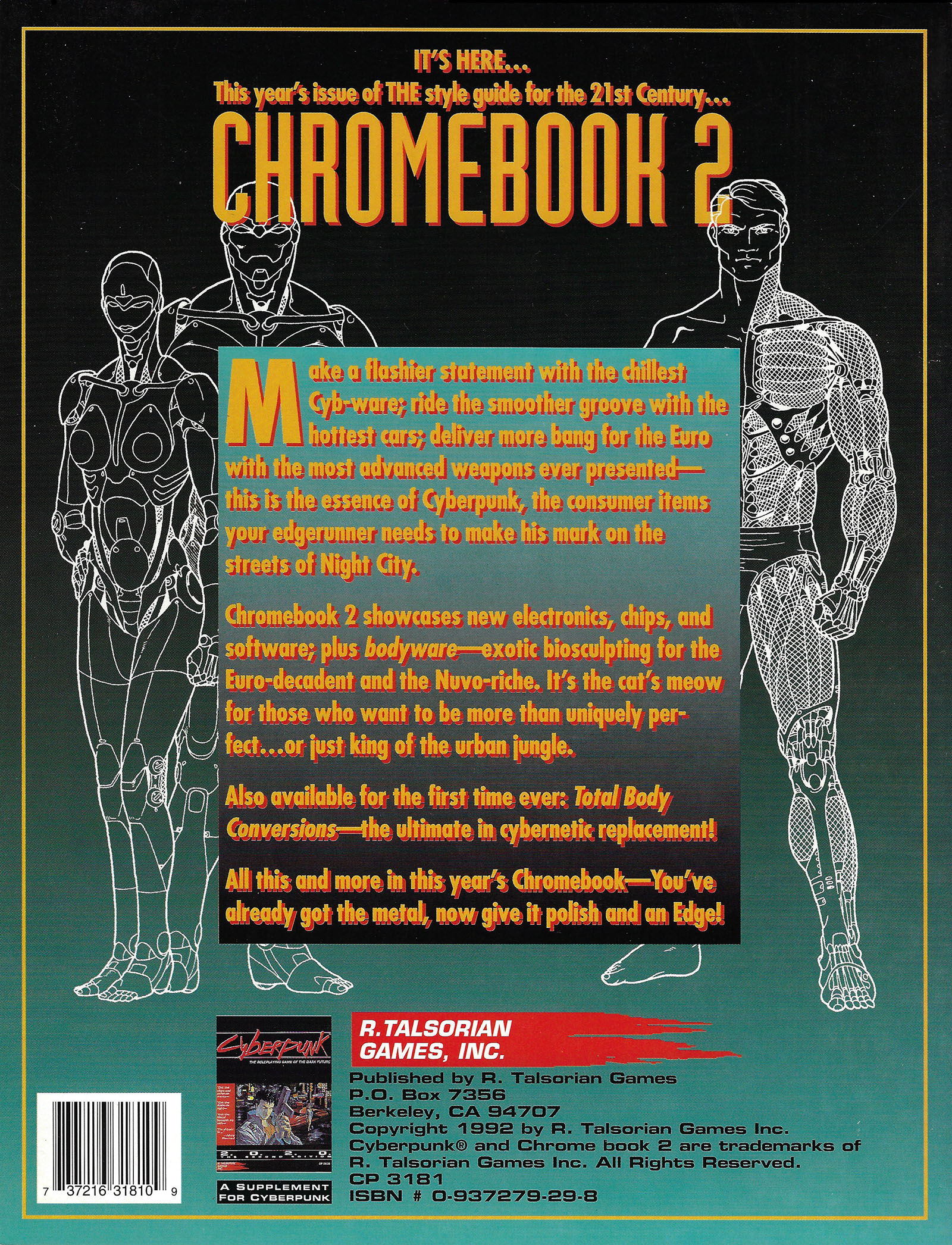