Drawing a first issue is one thing. Drawing a second is another.

That sounds stupidly obvious, but what it really means is that with issue 2 comes the realization that comics are no longer your hobby. You are accountable to the clock, and that clock never stops ticking. As you scope out the time you have left before you have to start issue 3, you begin to understand the necessity of keeping fuel in your tank for the long haul. 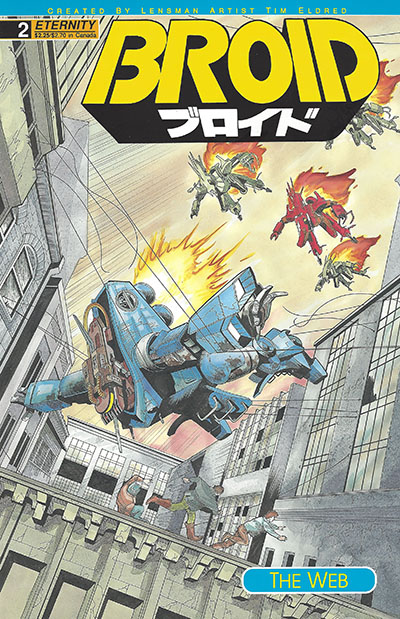 Taking two years to develop, write, and rough out all the issues of BROID before I had to subject myself to a monthly production schedule was the saving grace. When that moment arrived, I had already committed to penciling the Lensman comic series for Eternity, and I just had to take it for granted that I could fully pencil two complete comic books in four weeks.

Lucky for me, Lensman also came with its own saving grace; since it was adapted from an anime film, all the heavy lifting had been done for me in terms of design. This made it an ideal situation for both comics; all my energy could be devoted to the drawing of pages and I sunk my teeth all the way in.

The key was to recognize up front that I now lived by the calendar. I made it my friend by carefully metering out the work over the time allowed (14 days). I spent 3-4 days on roughs and the rest on penciling. The penciling average became three pages a day. If I kept that pace, I could complete an issue in two weeks. Could I have done four pages a day and taken weekends off? Maybe, but that sounded like a recipe for burnout. I had come too far to put everything at risk.

BROID #2 was only half the length of #1, but it was a lot denser with more characters and a busy city environment. By this time I was heavily inspired by the work of the biggest manga artists of the 80s, Katsuhiro Otomo (Akira) and Masamune Shirow (Appleseed). They both set a high standard in their environmental detail and I felt like I had to make a visible attempt to live up to that if I wanted to appeal to their readership.

I’m sure that made life difficult for poor Steve Krueger, who had to ink what I penciled. He was getting paid far less for about the same amount of drawing, and he wasn’t able to erase his mistakes like I could. That’s why I asked for him to be credited as the “finisher” since he was doing so much work under handicap conditions. I could only hope that, rather than being demoralized when he saw my pencils for the first time, he instead thought, “Cool! I get to draw like those great manga guys!”

When the finished copies of issue 2 found their way to me, I was greatly relieved to see it didn’t have the same crappy printing of issue 1, so Steve’s hard work wasn’t destroyed this time. But you only get one chance to make a first impression, and ours had been heavily compromised. It was a really dumb, preventable mistake and it still chaps my cheeks.

Something to keep in mind as you look through this and subsequent issues is that we were working several months ahead of publication. This one was drawn in the fall of 1989 and wouldn’t be in stores until the following June. We wouldn’t know how many copies of issue 1 were ordered until we were done with the first 4-issue arc. It was like drawing on the edge of an abyss, never looking down.

Of course, that was a picnic next to what I put my characters through… 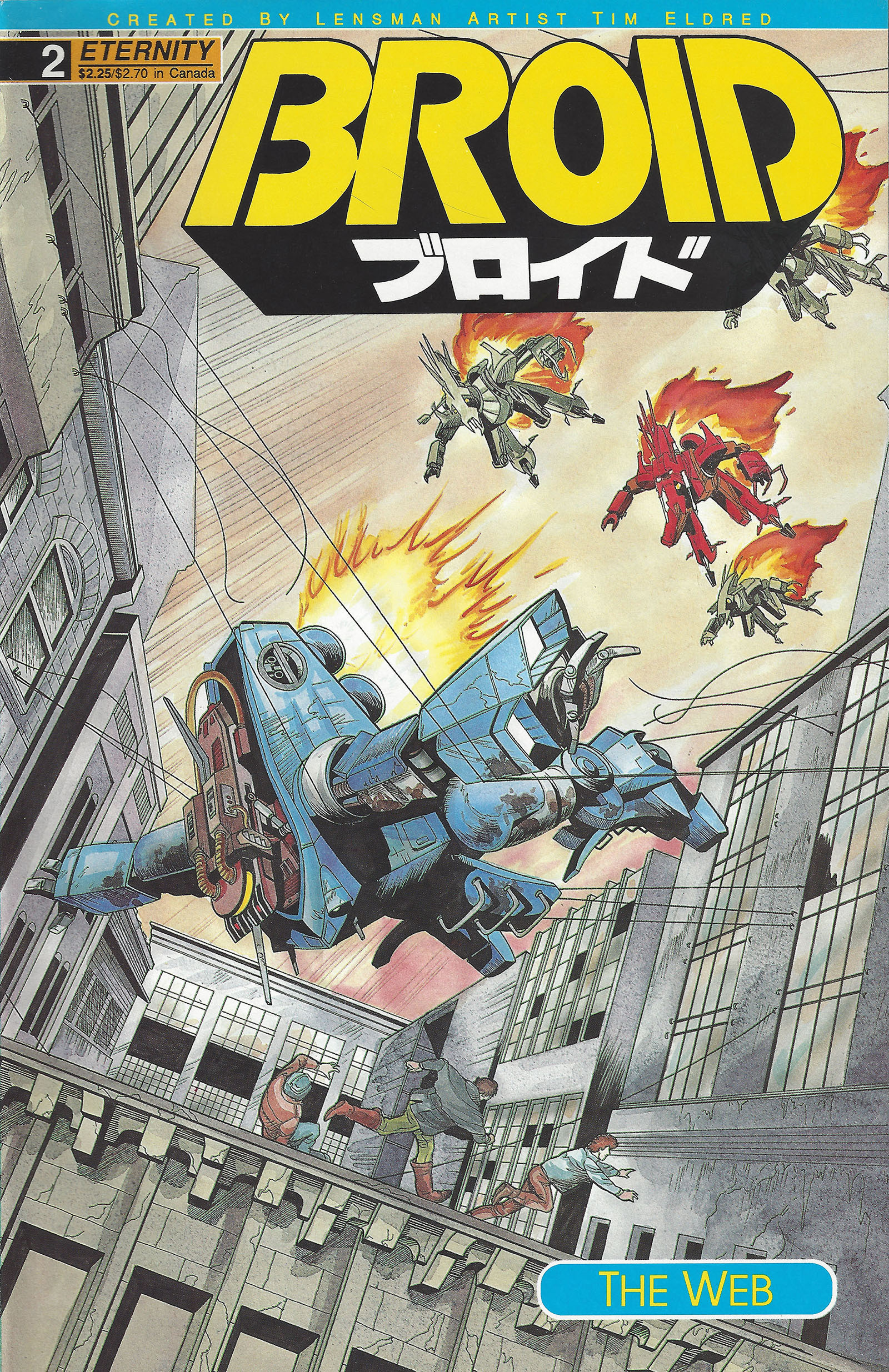 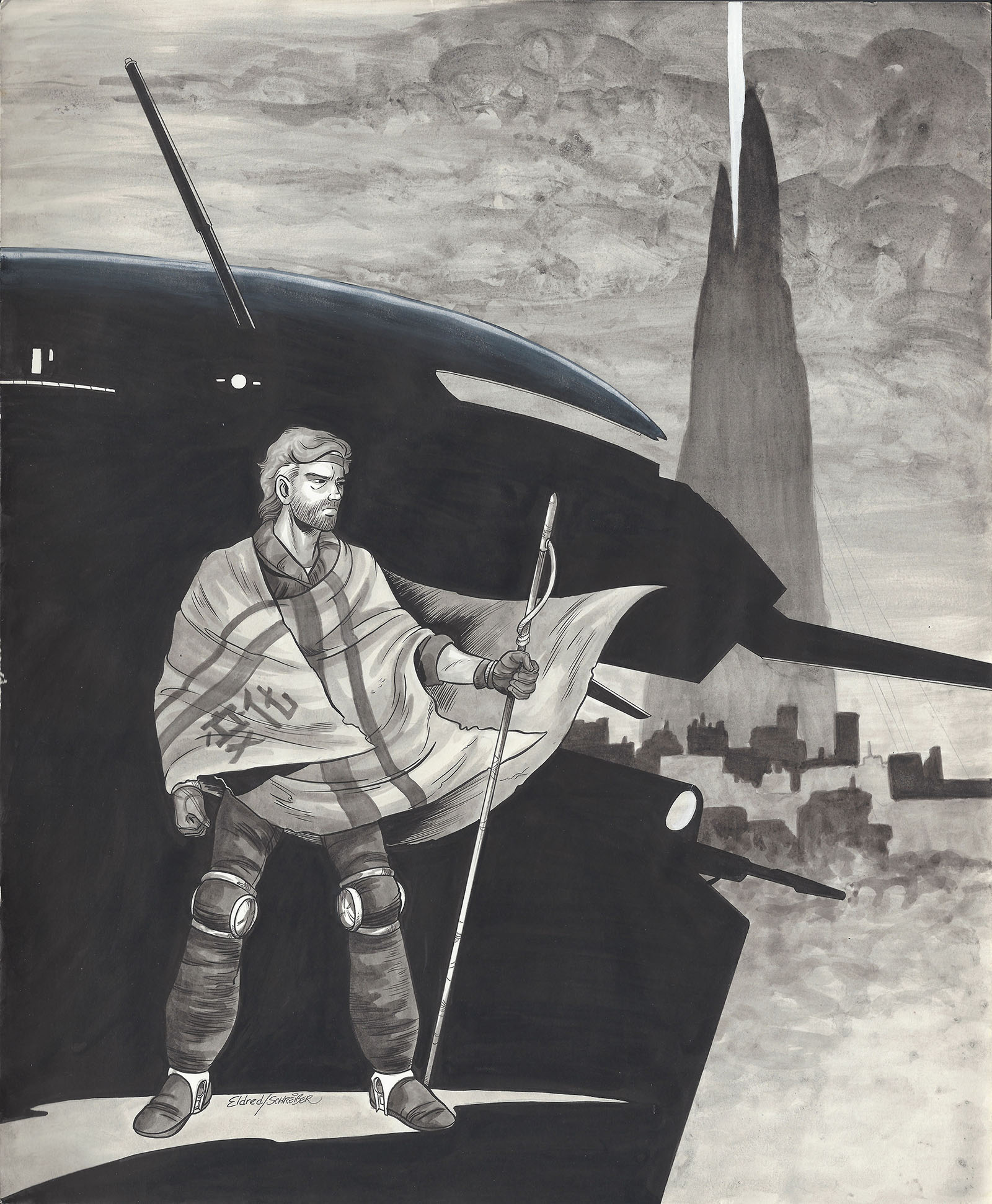 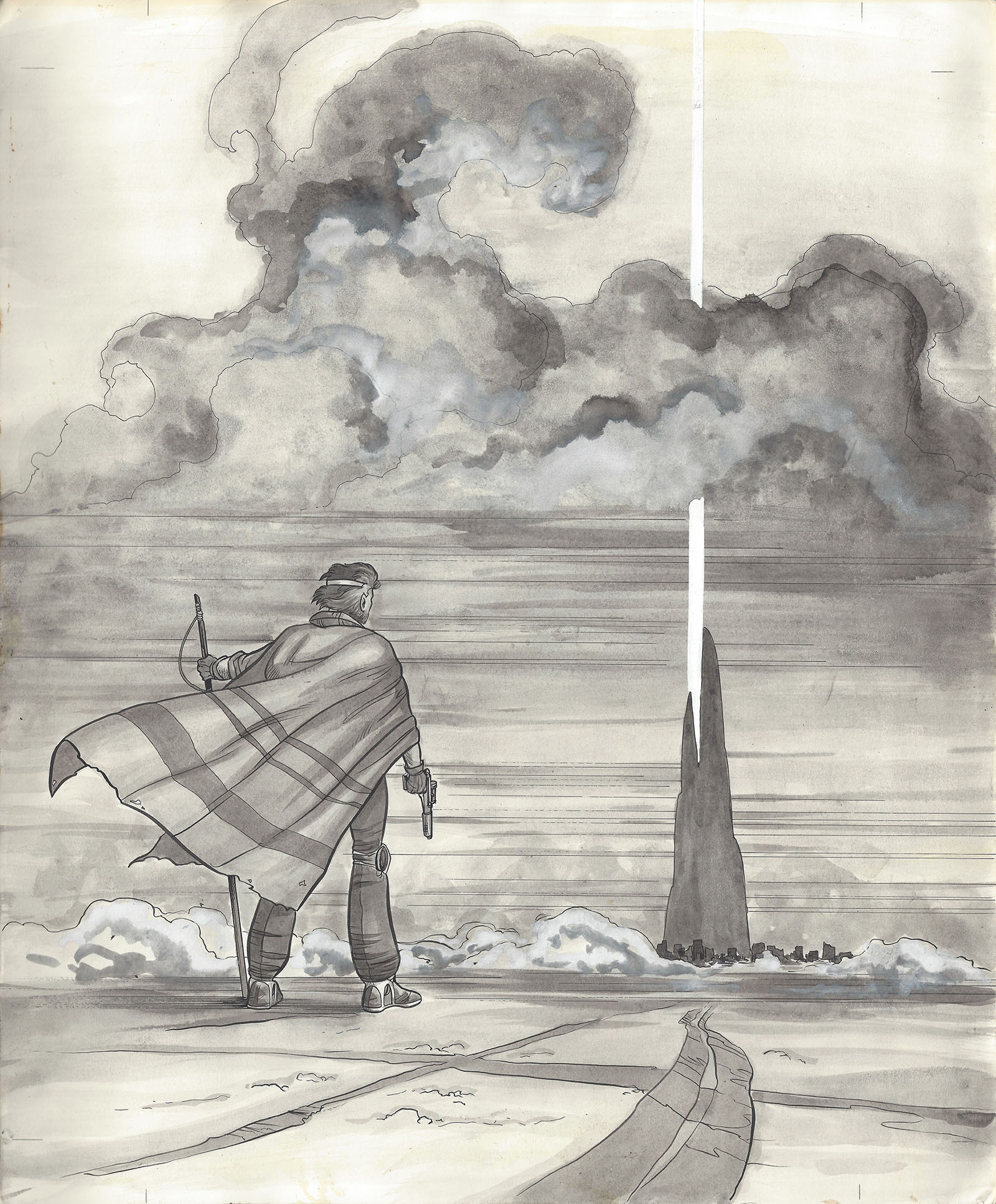 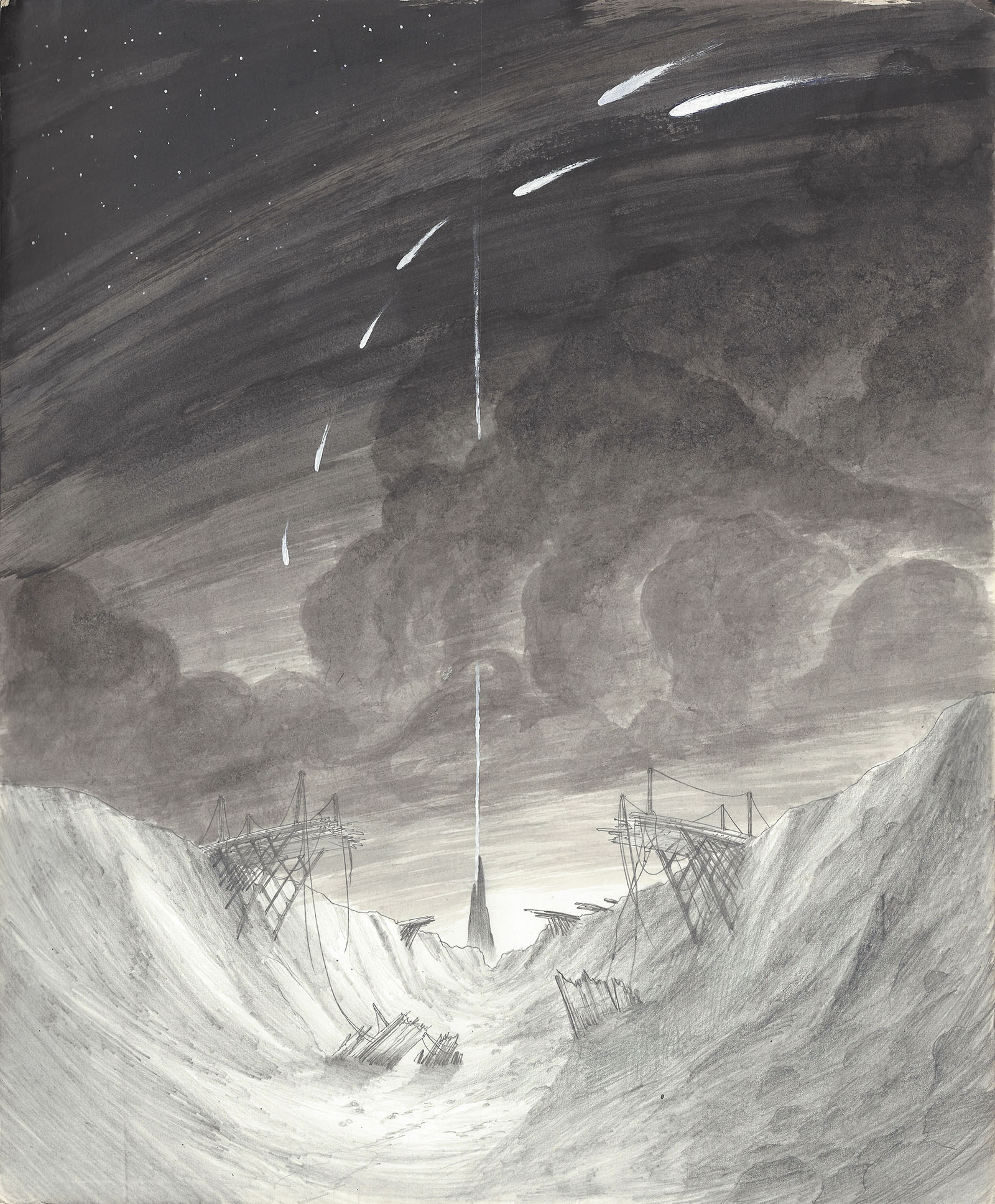 One of my favorite anime and manga titles at the time was Fist of the North Star. I thought it was really cool that the manga had “filler pages” with moody environmental scenes, so I was inspired to create this one for BROID #1. 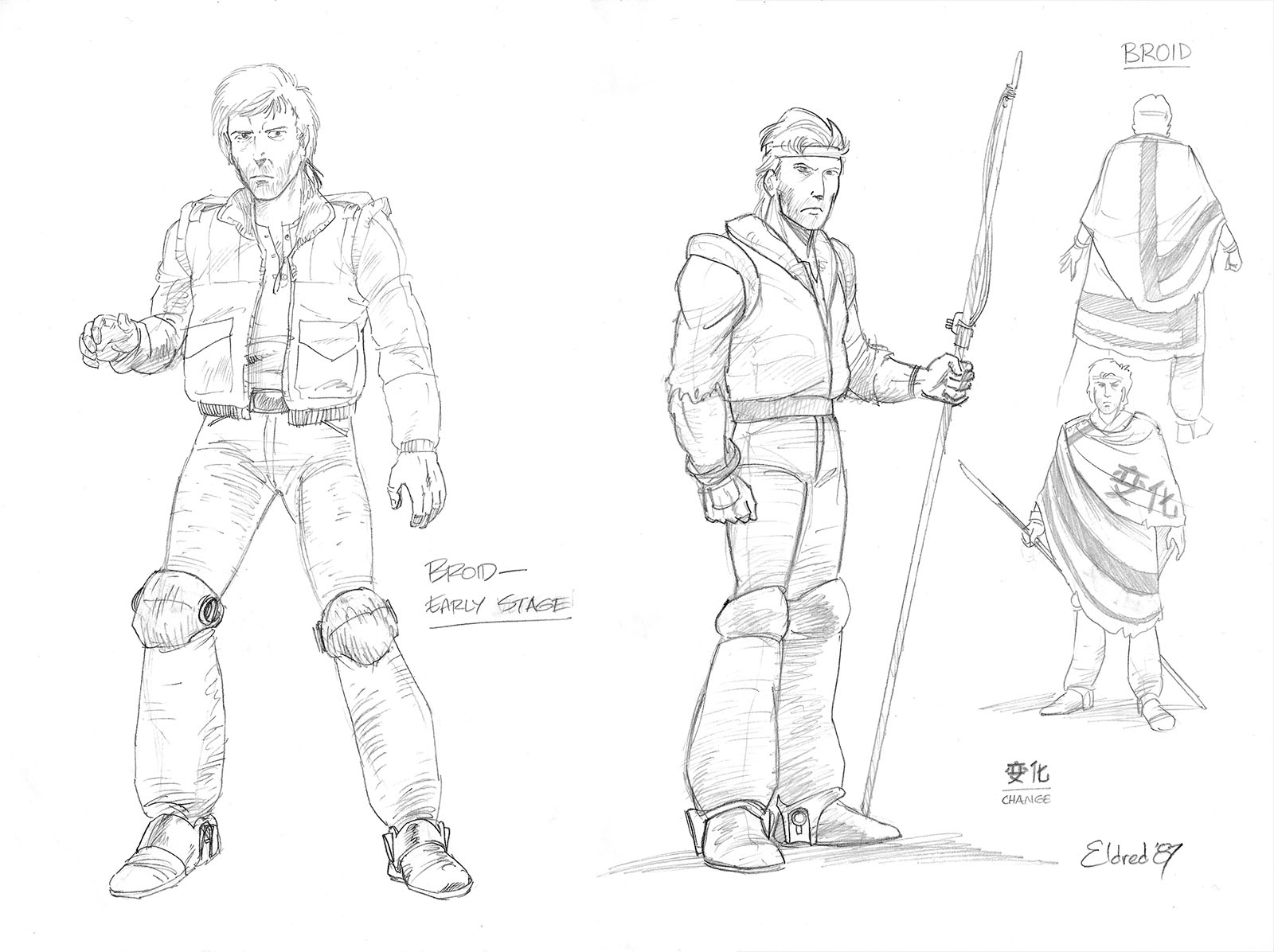 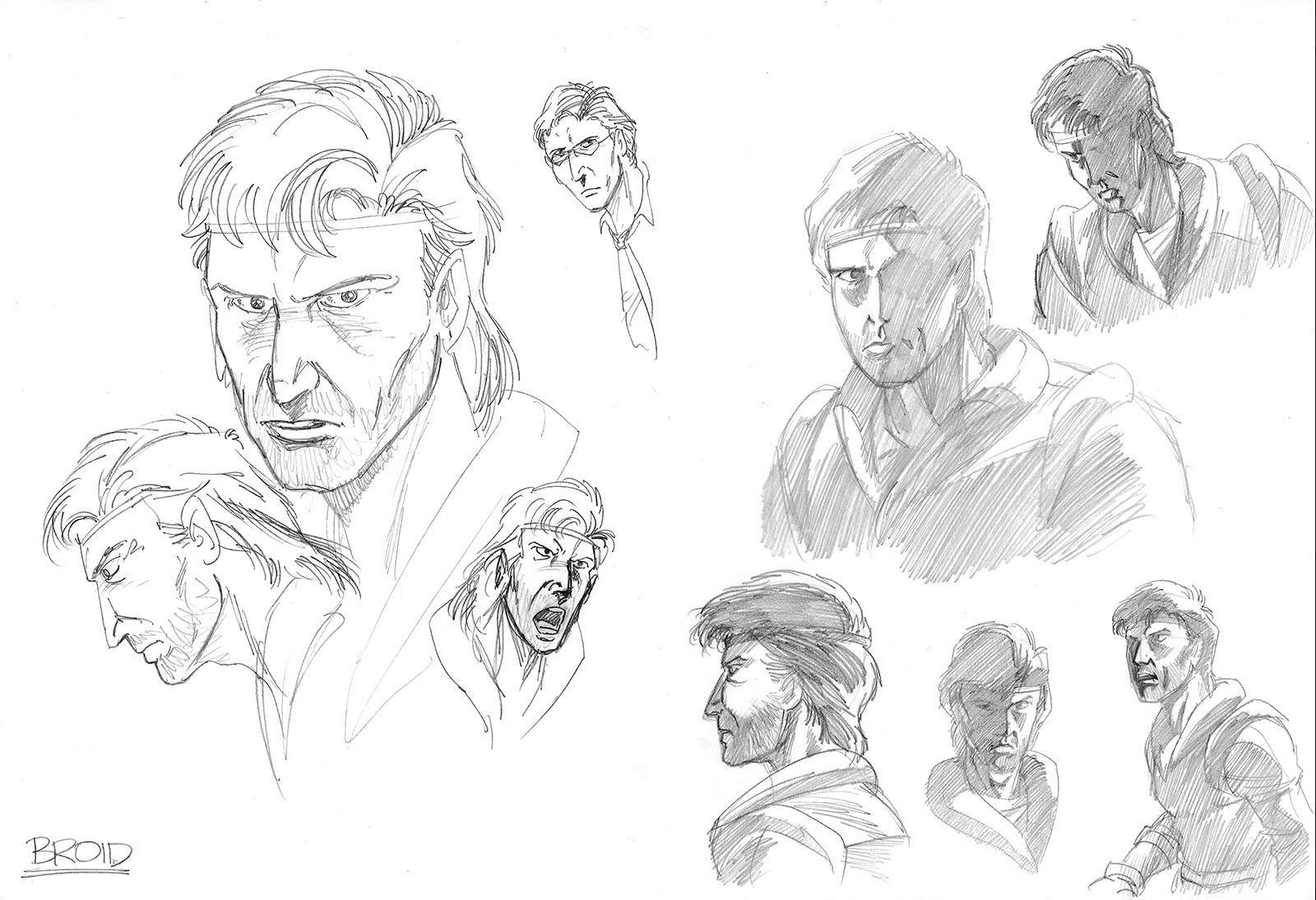 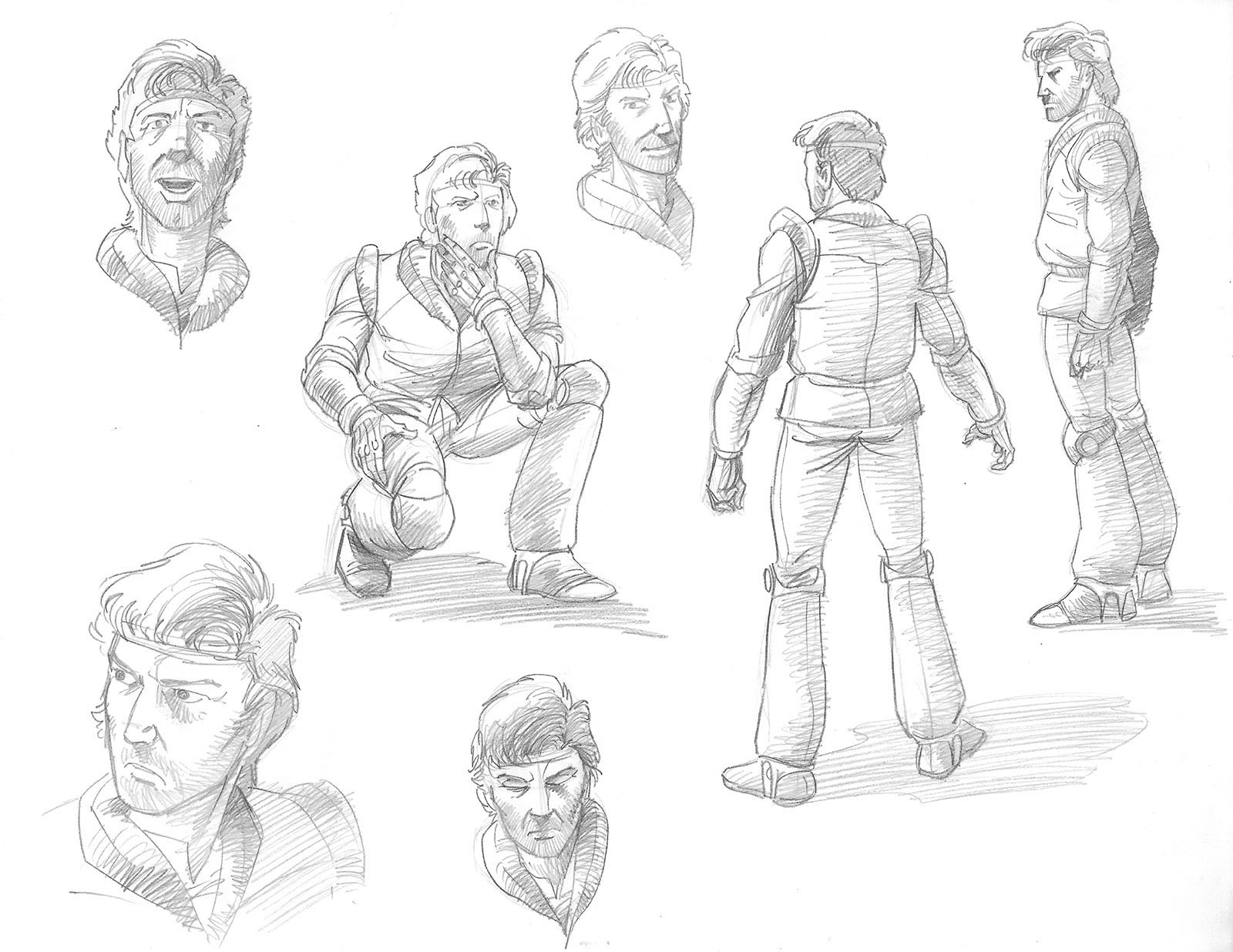 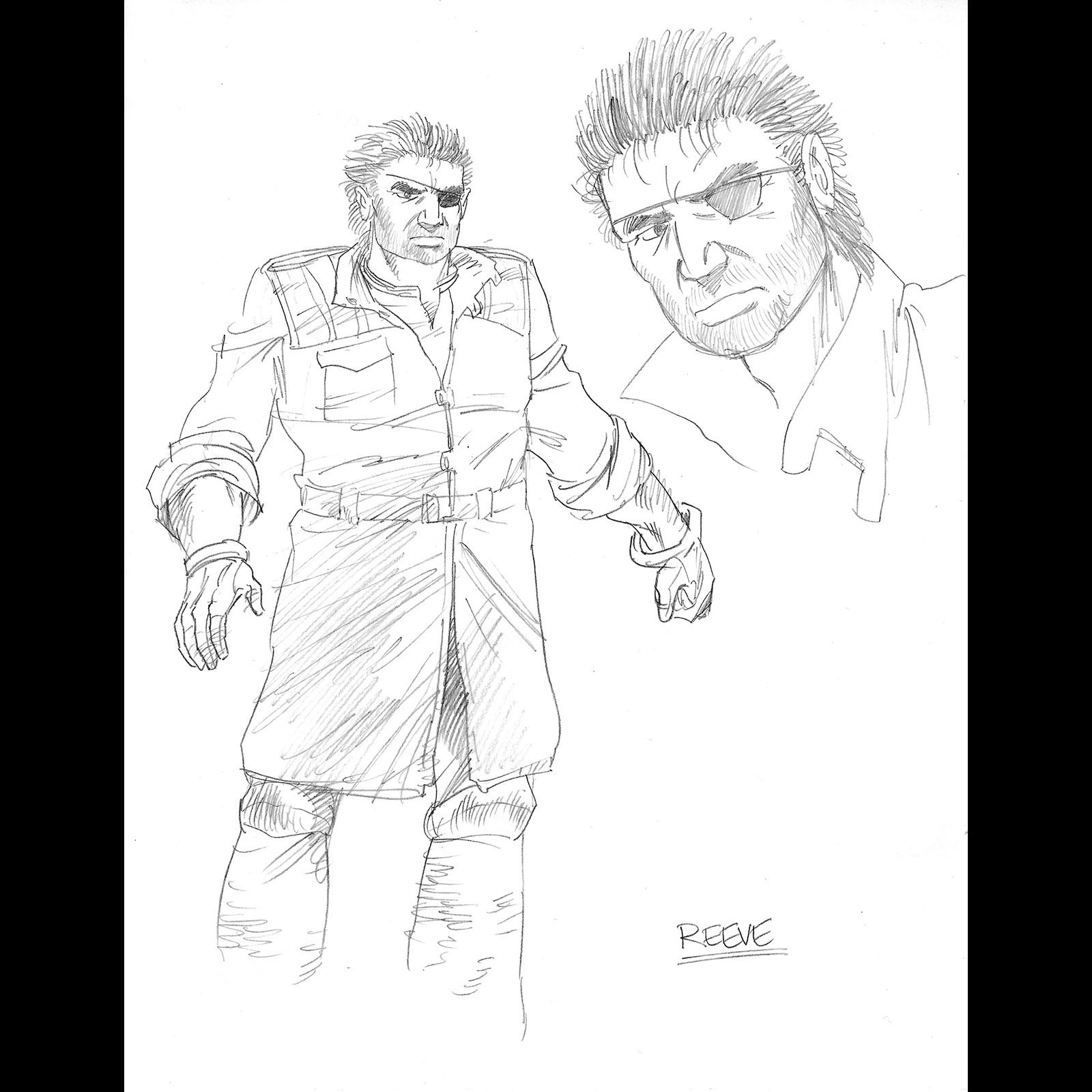 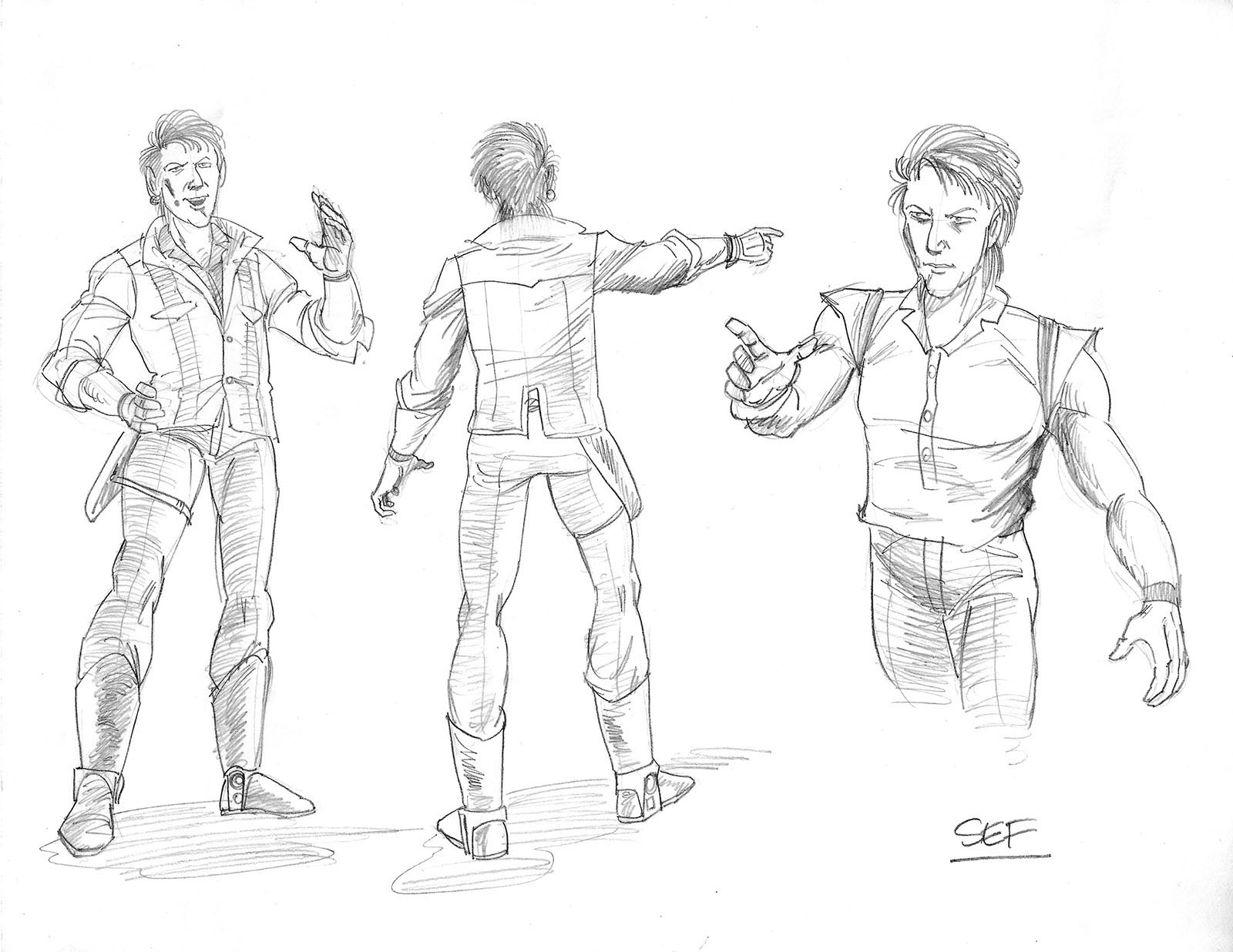 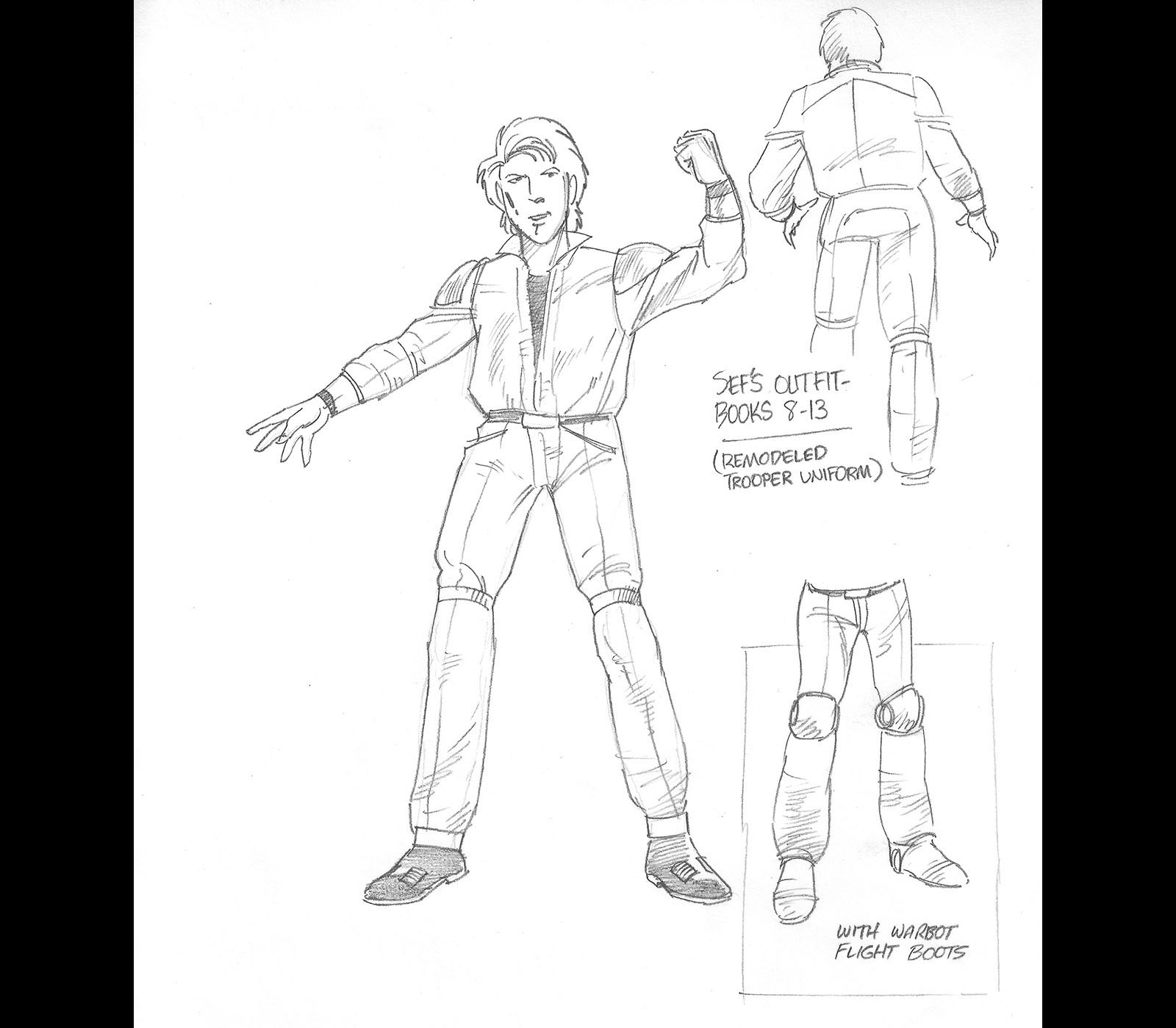 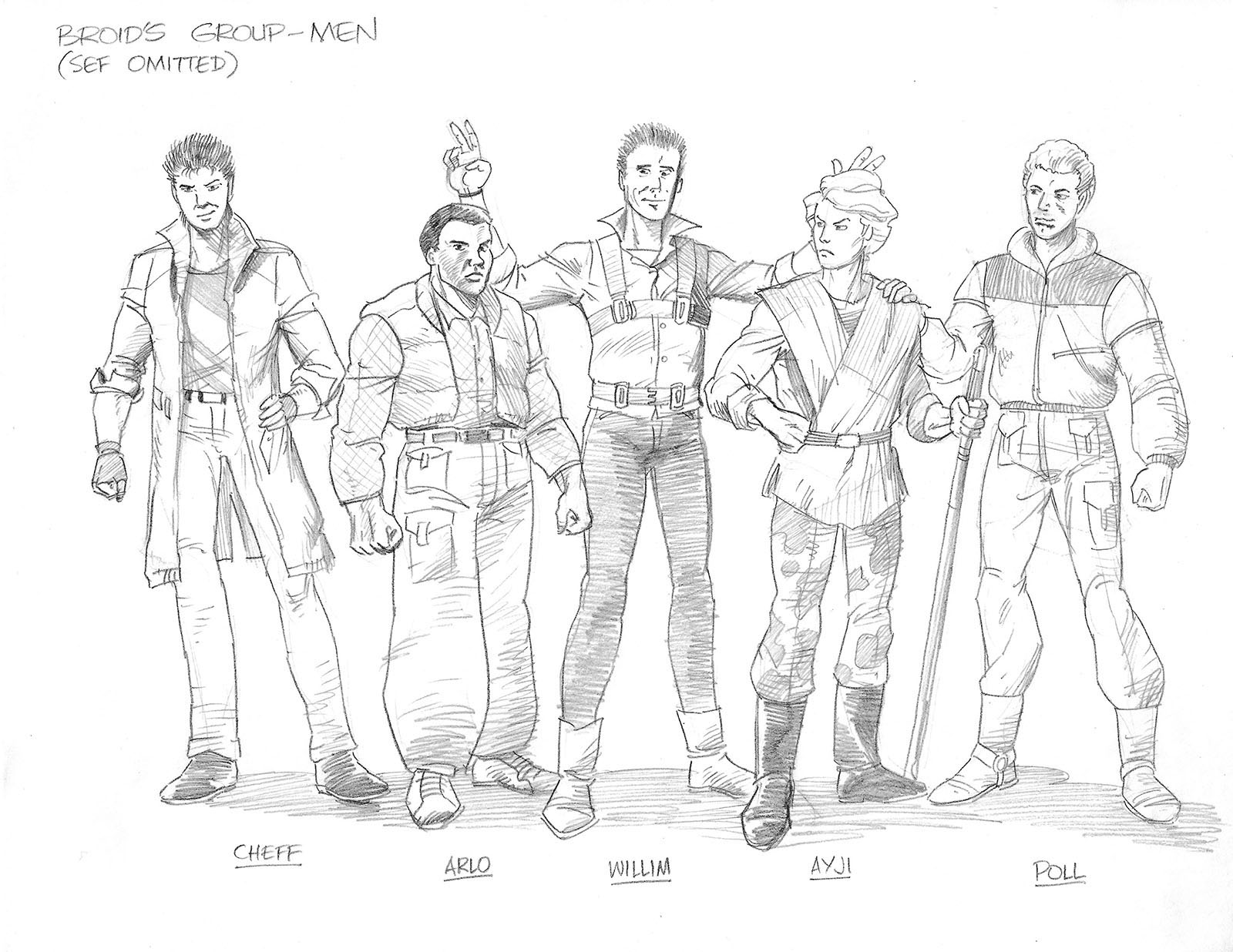 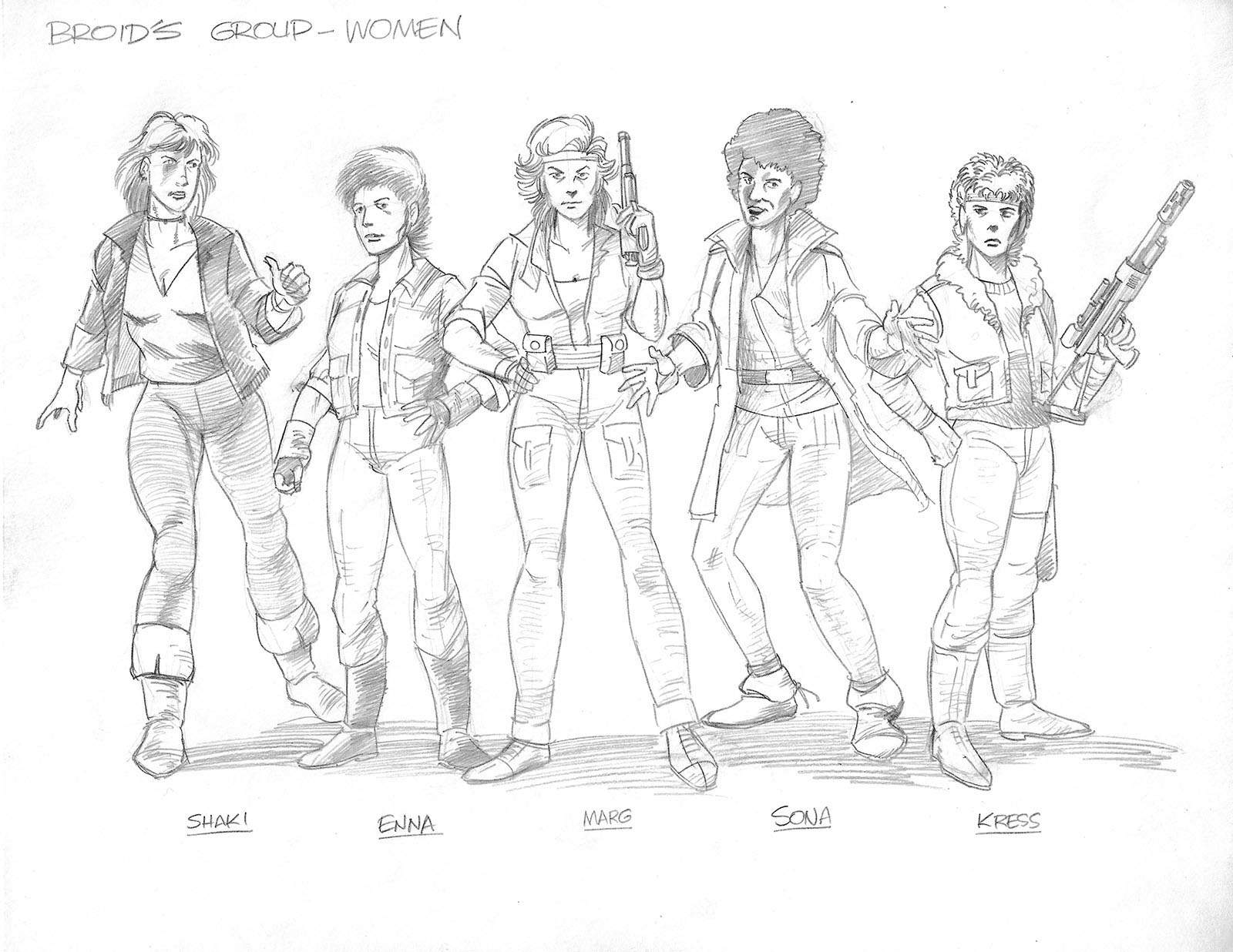 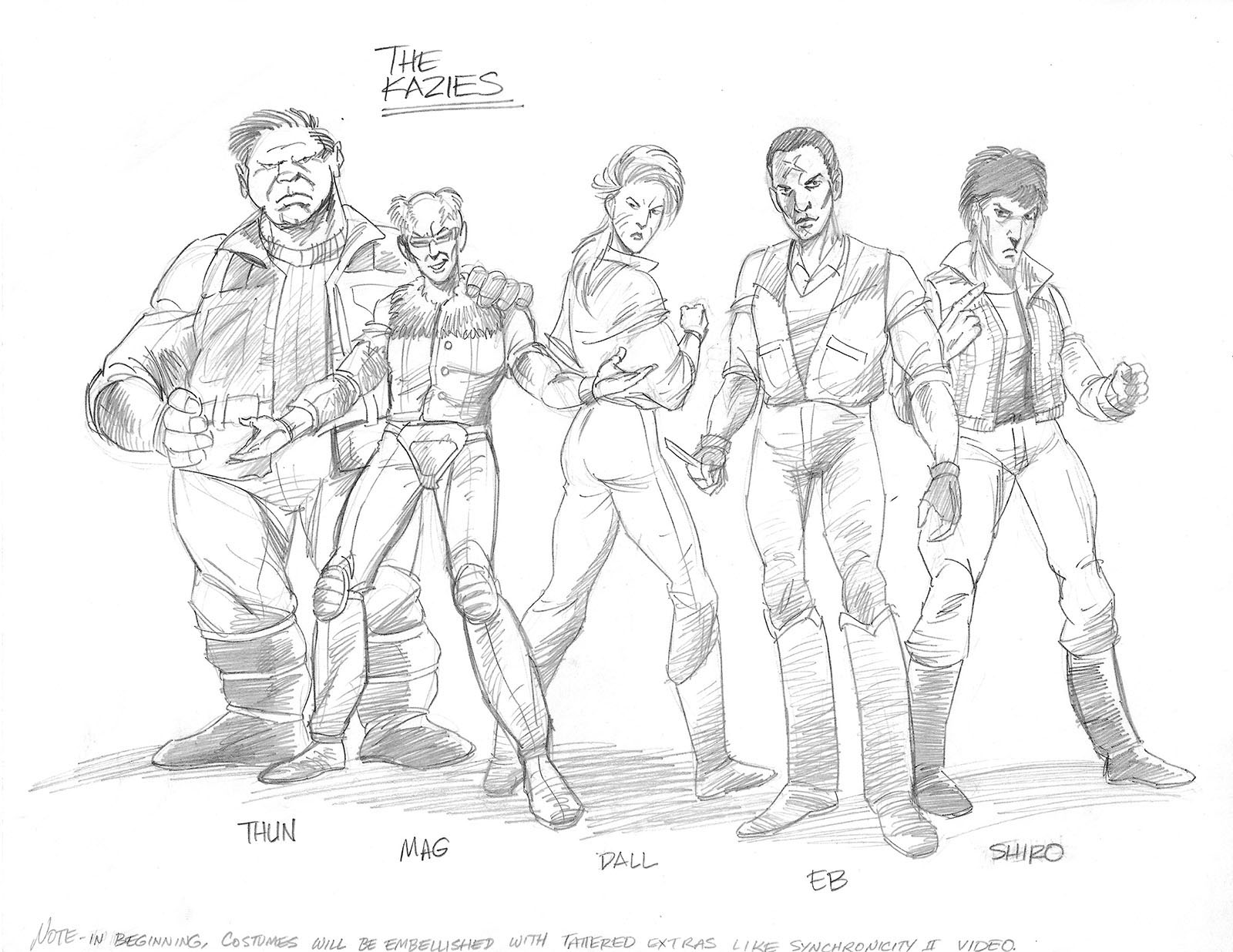 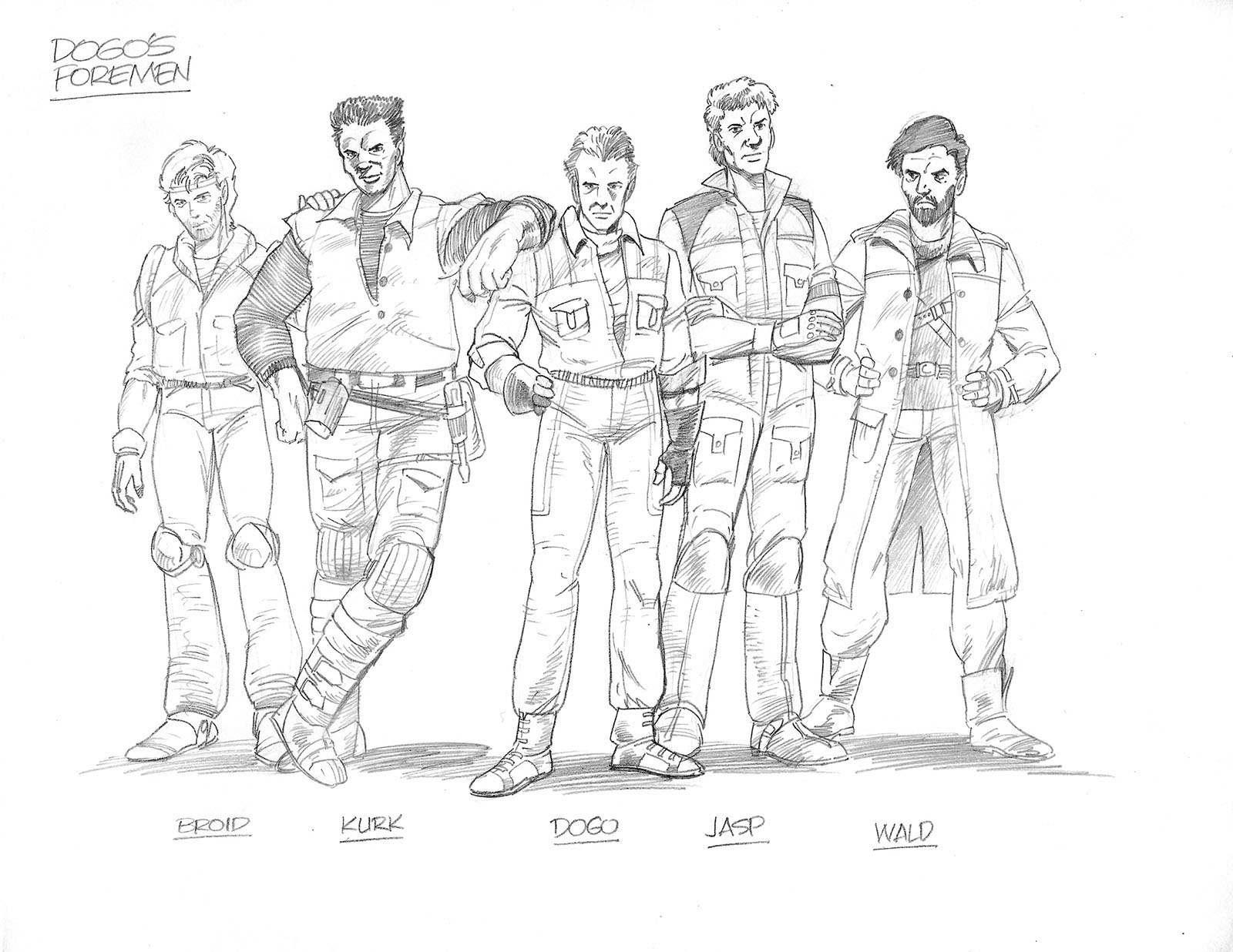