Back in the days of the original trilogy, Star Wars was on my mind pretty much every minute of every day. The wait between Empire (1980) and Jedi (1983) was insufferable. The merchandising machine was going full tilt and new stuff was appearing at a regular clip, but it still wasn’t nearly enough.

In 1981, I was 16 years old and found my entry into SF fandom at large when I attended my first Science-Fiction convention (Babelcon III, Grand Rapids, Michigan). There I finally discovered the world of fanzines, a perfect vehicle for all the work I had been doing for myself since 1977. Right around this time, I was working on what would turn out to be my last “private” Star Wars project. Like the homemade comics you can find elsewhere on this site, it was for an audience of three: me, myself, and I. 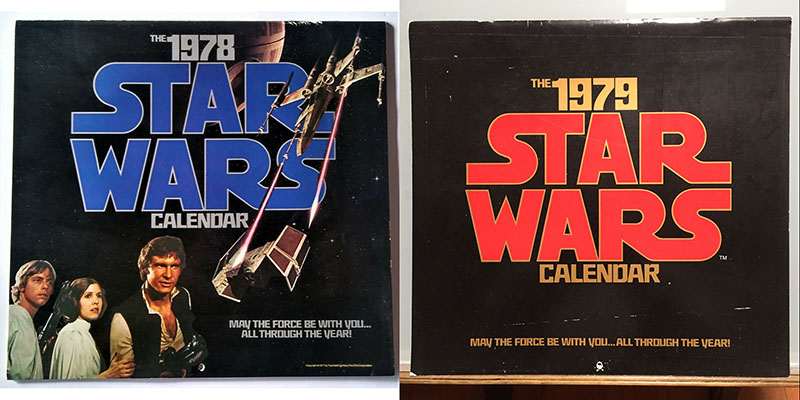 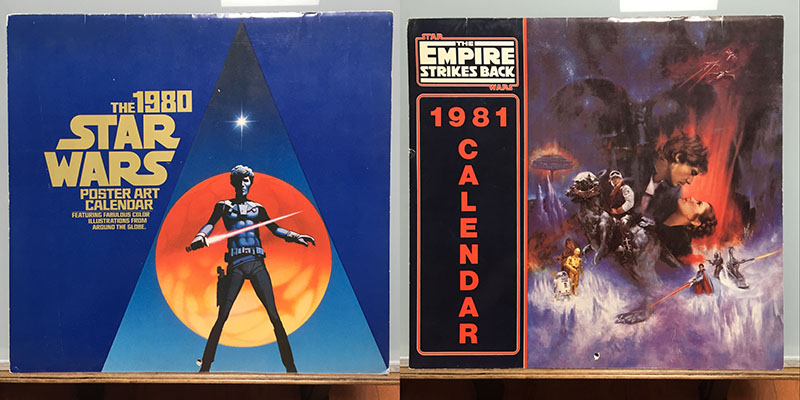 I was a junior in high school, and had gotten lucky enough to qualify for a 2-year program to boost my skills. Those who qualified for the program would spend half a day at the county vocational center in whatever class we applied for. Mine was commercial art.

That program was solid gold. It was sort of like college prep, but by the time I completed it in 1983 I had the knowledge I needed to bypass college completely and go right into a graphic arts career. I’m sure it helped that I was spending my free time on projects like this. When I showed it to my instructor, he was astonished. He referred to it as a “mechanical,” which was a term to describe the original document from which printing plates would be created. It was more commonly called a “paste up” since it was literally a bunch of elements all pasted together on a single sheet.

The interior text was photocopied from a previous calendar and pasted into my new one. I tuned into that font and recreated it by hand for my own cover logo. I also inserted photos to denote actors’ birthdays, clipped from my mound of extra Star Wars bubblegum cards. Logos were clipped from surplus collectibles. Everything was glued down with rubber cement, which unexpectedly left a lot of paper stains. (I later learned that wax was a much better medium for this.)

But the meat of the project was the twelve illustrations, one per month, derived from Star Wars and Empire. Some reproduced movie scenes while others were imagined. All were drawn in ballpoint pen and colored with markers and crayons. I didn’t know it at the time (heck, I didn’t know a LOT of things at the time), but it was a buffer between phase 1 of my fandom (drawing for myself) and phase 2 (drawing for an audience). Many things would change in phase 2.

But more on that later. For now, tease up your hair and get into some pastel colors, ‘cause we’re heading back to 1982.

BONUS: THIS CALENDAR IS VALID AGAIN FOR THIS YEAR! 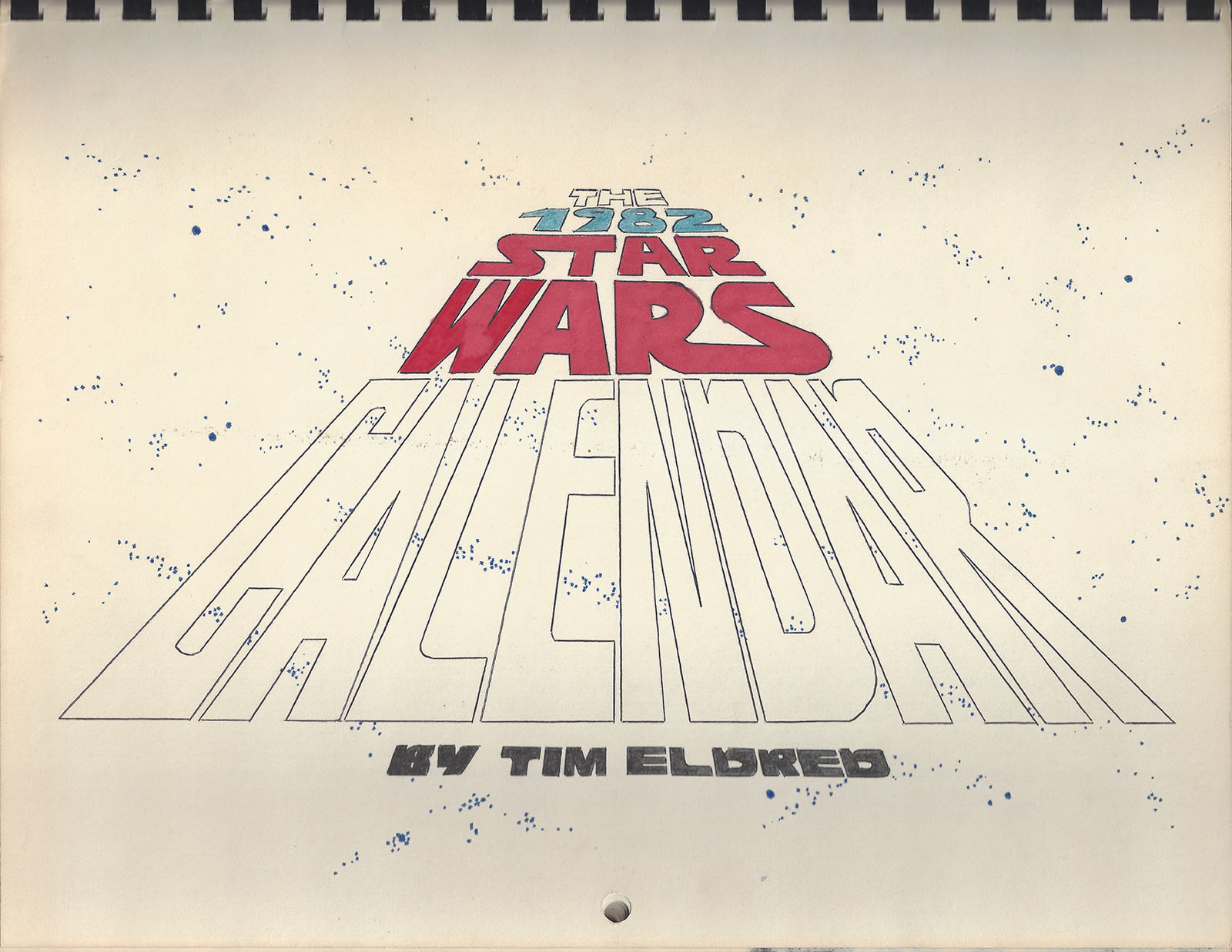 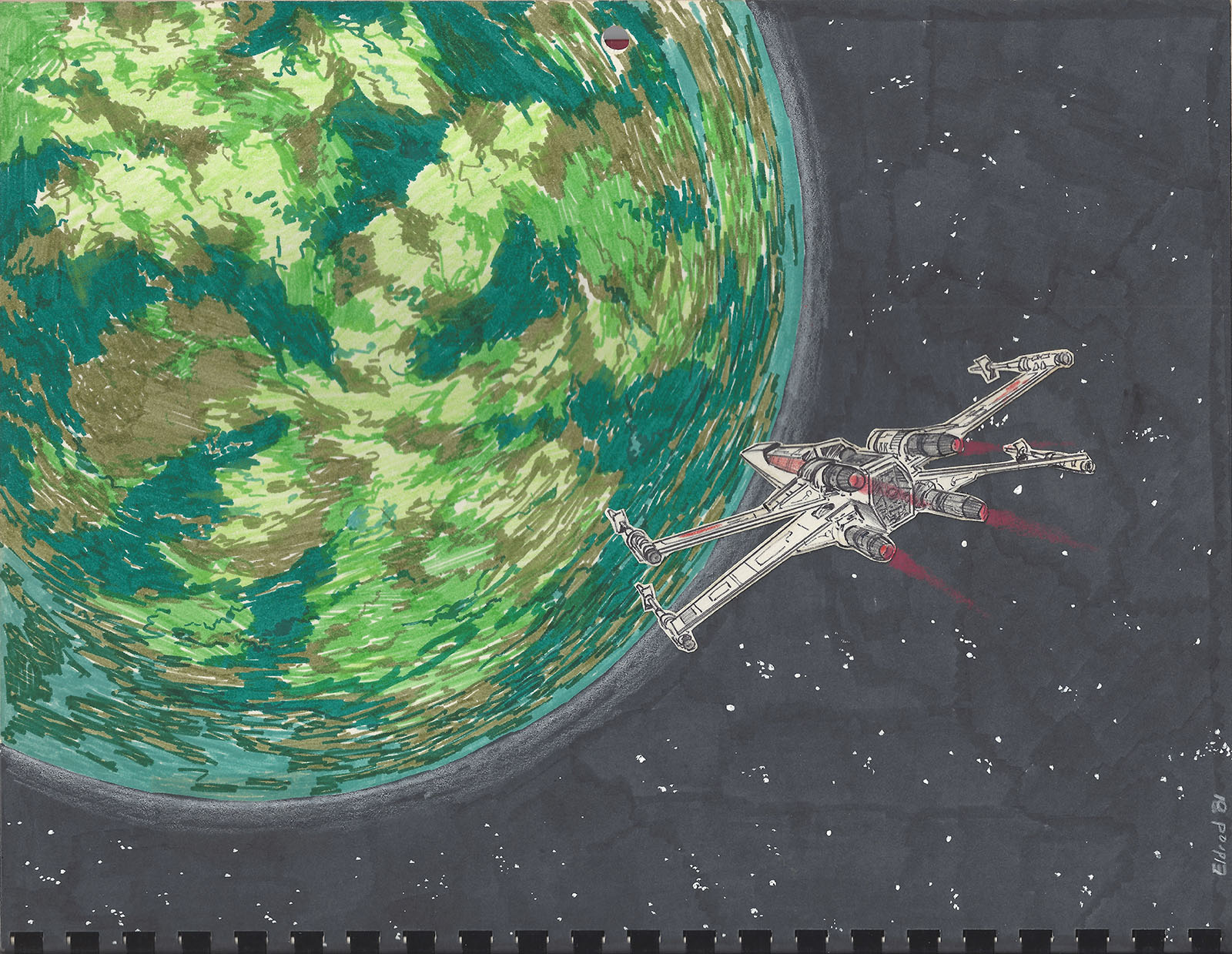 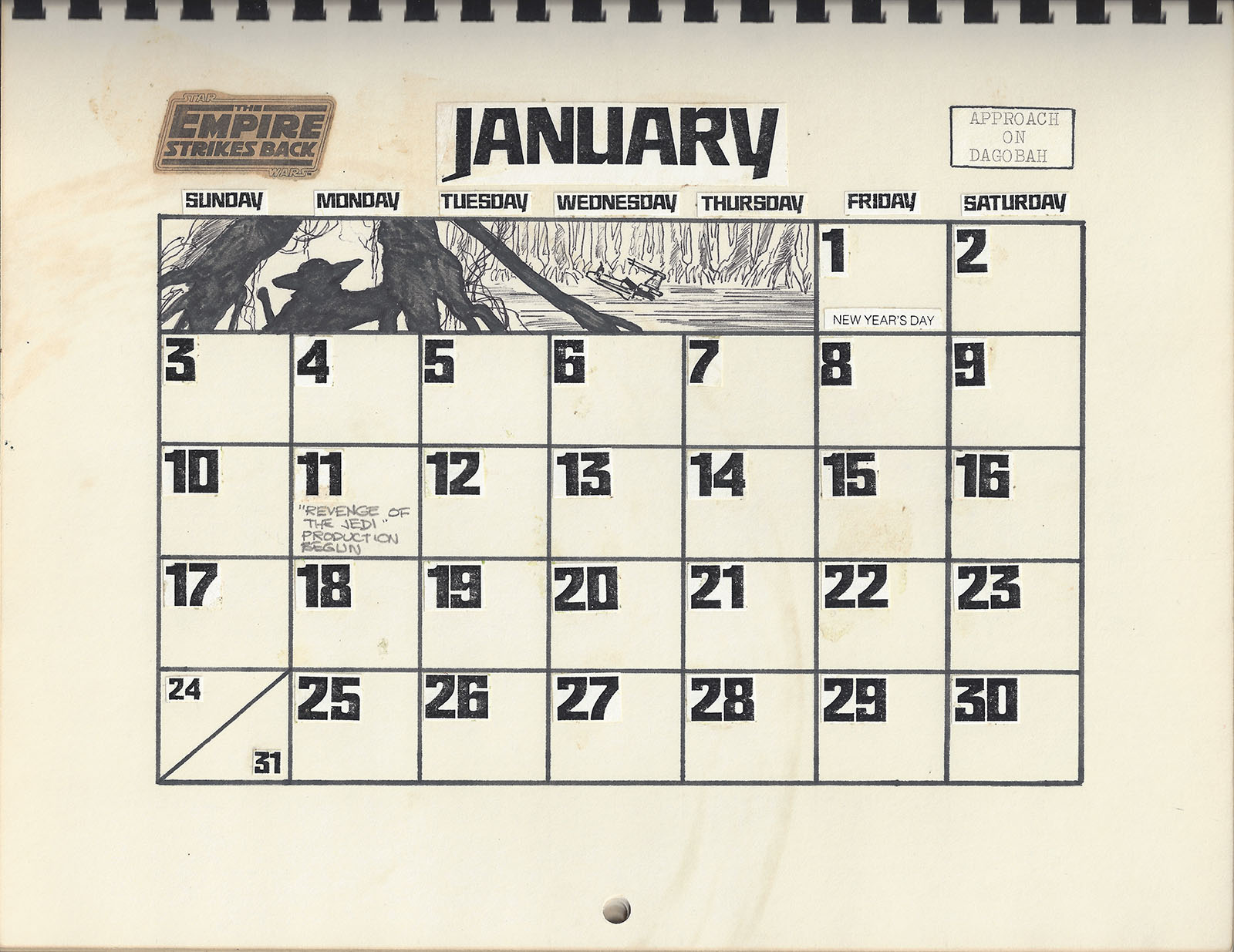 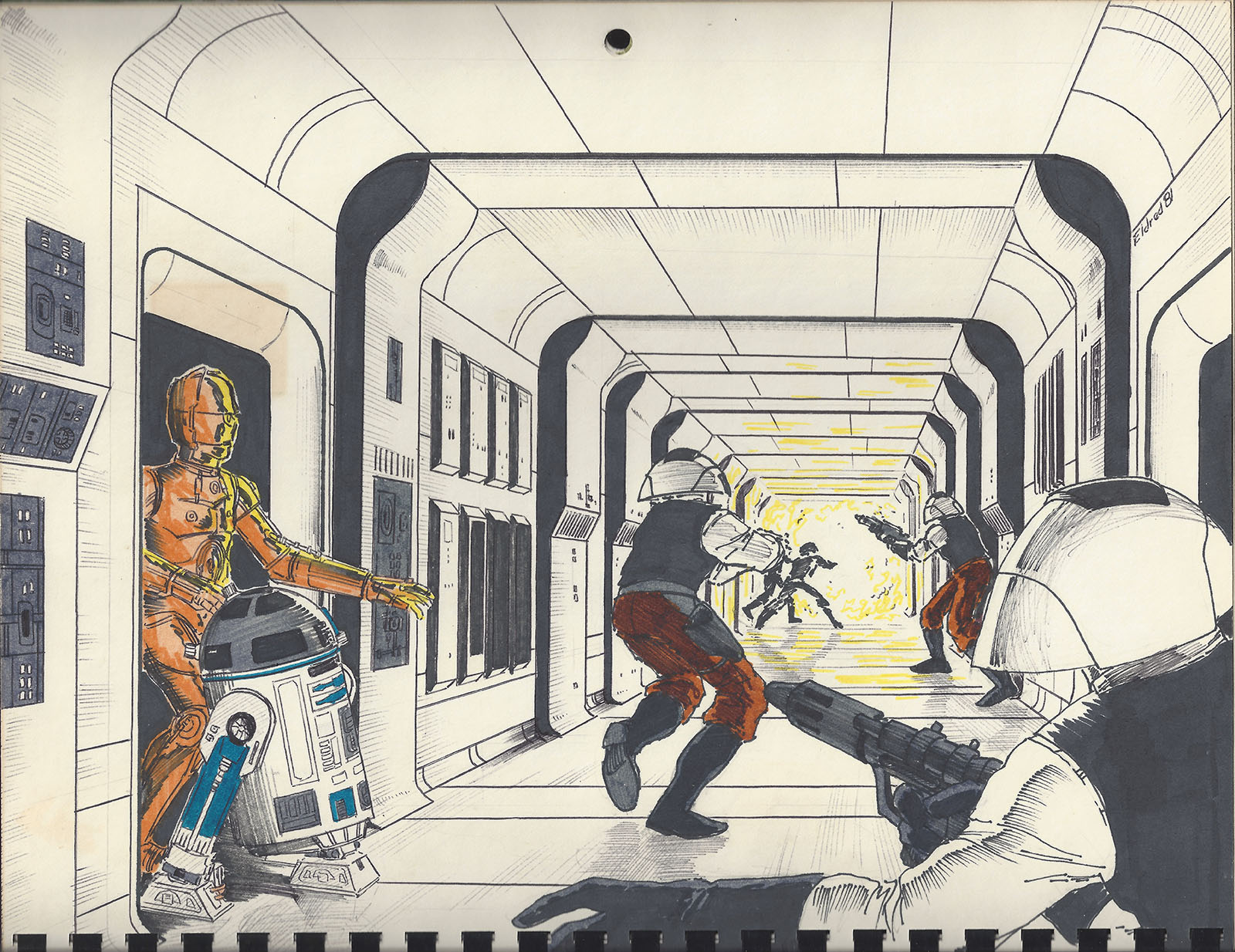 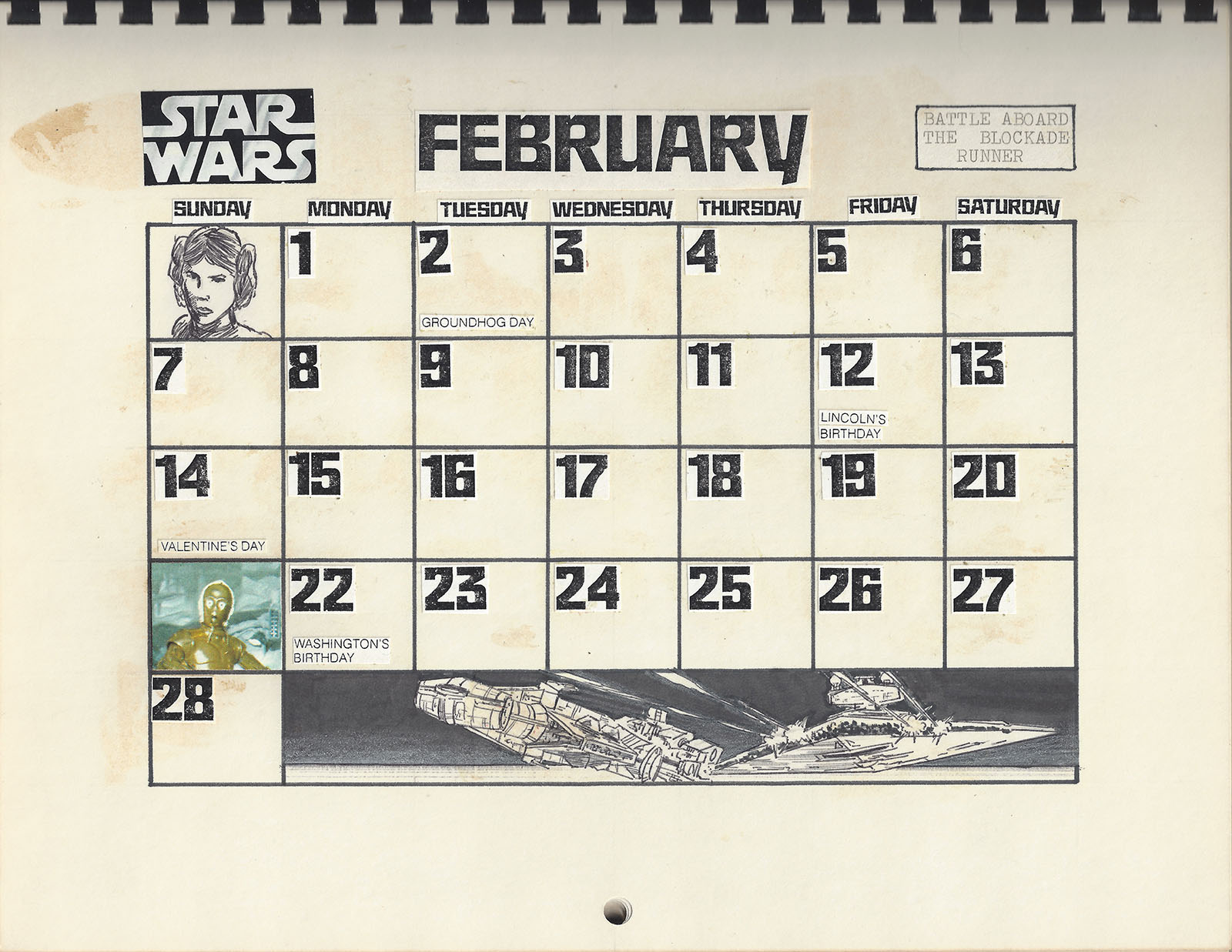 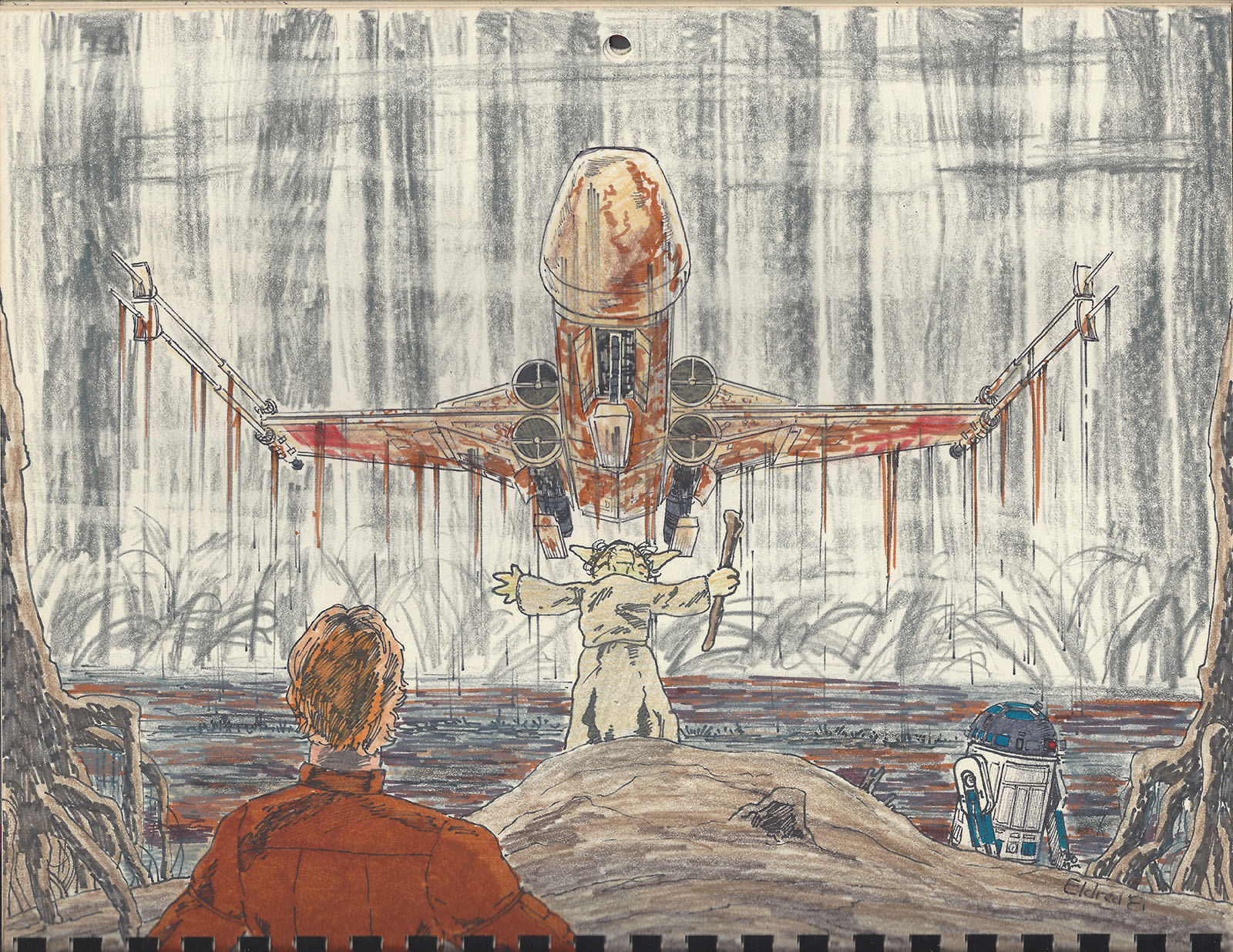 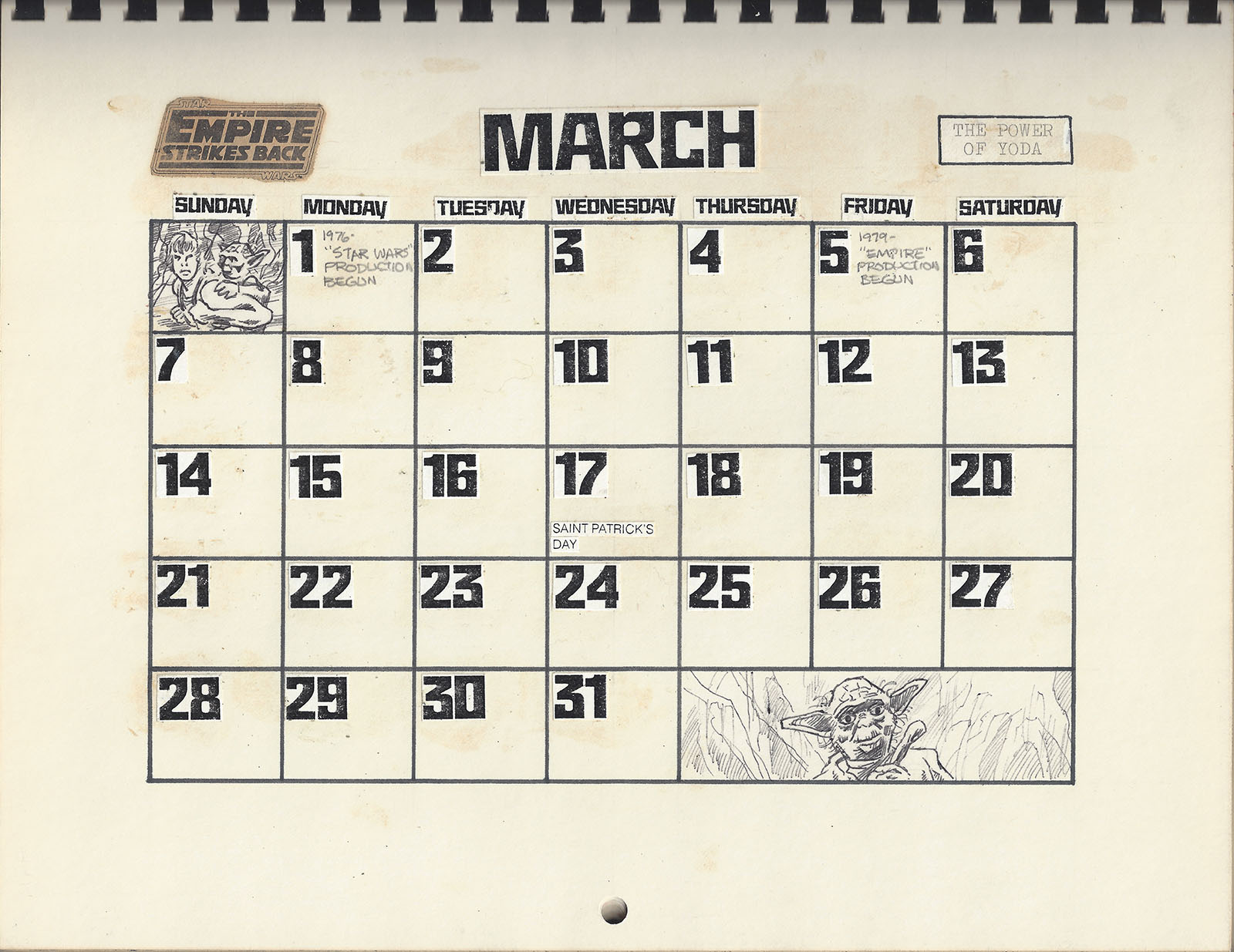 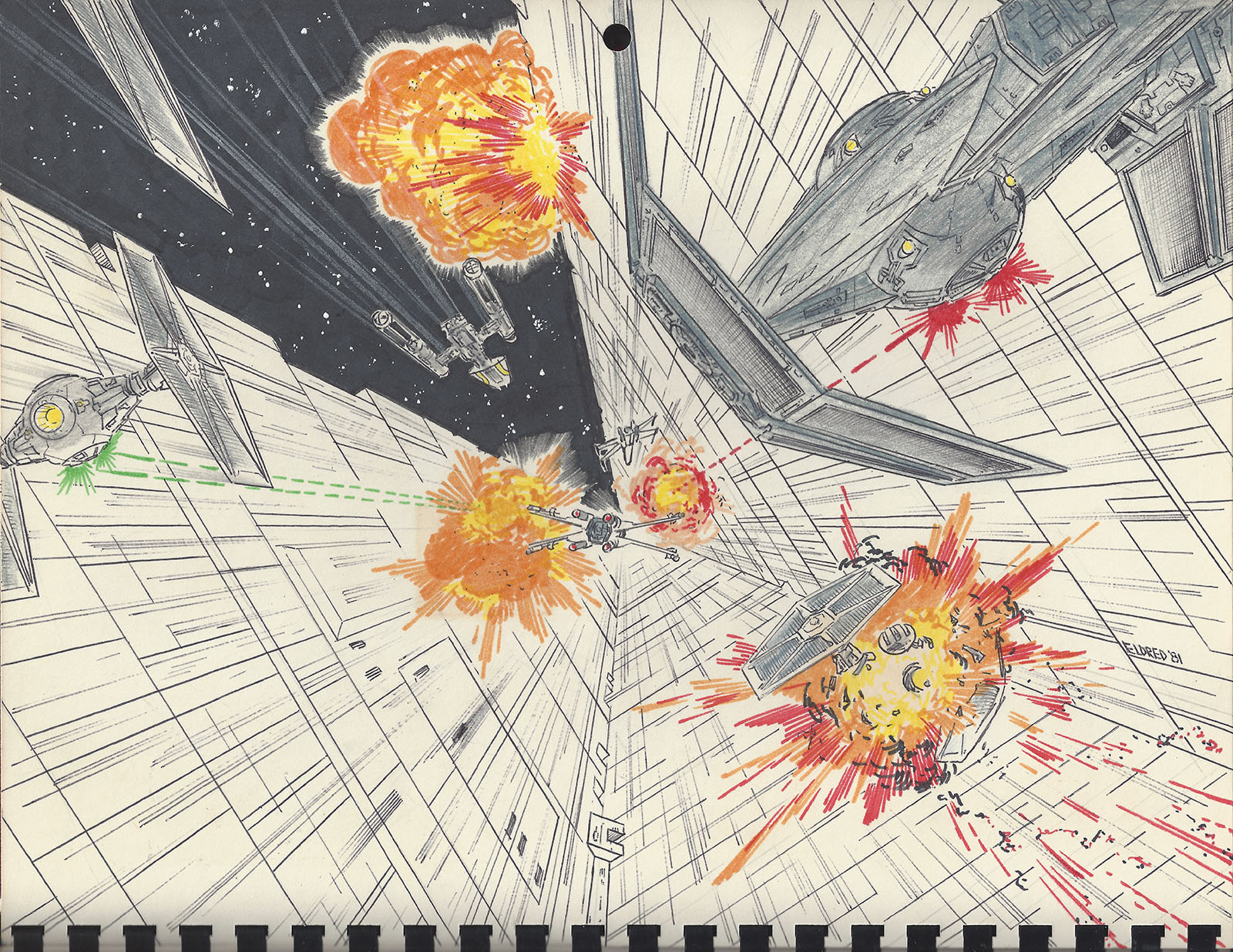 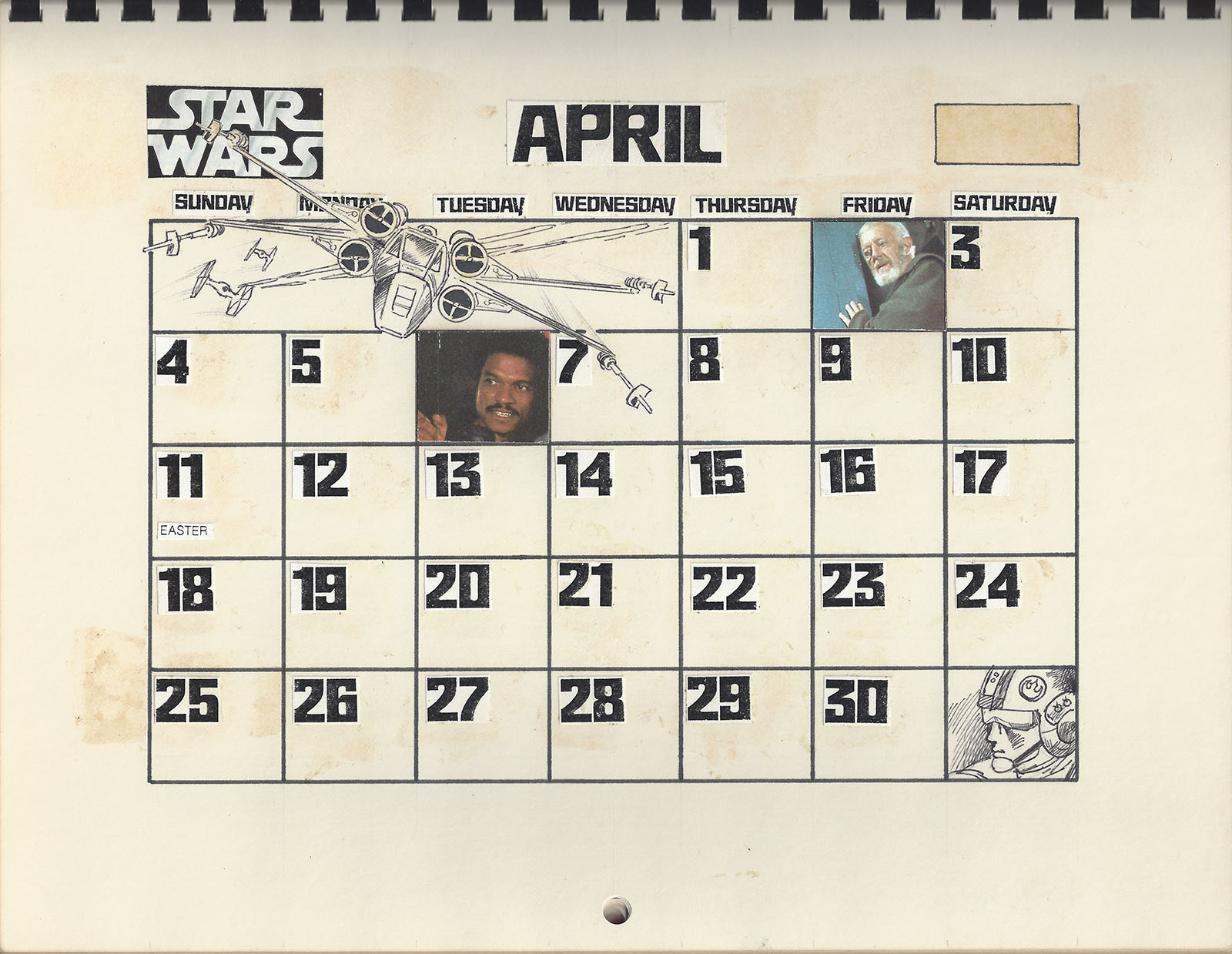 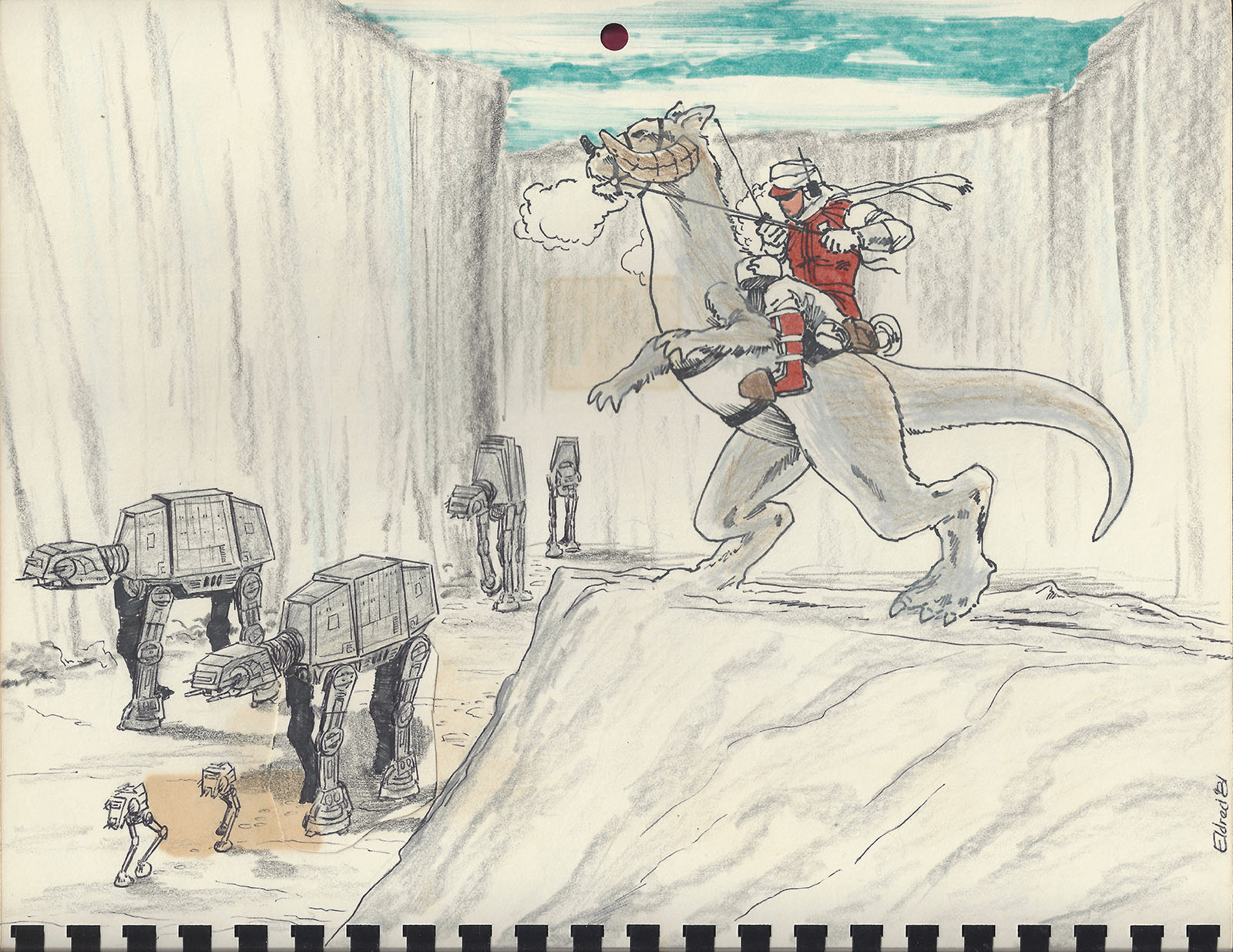 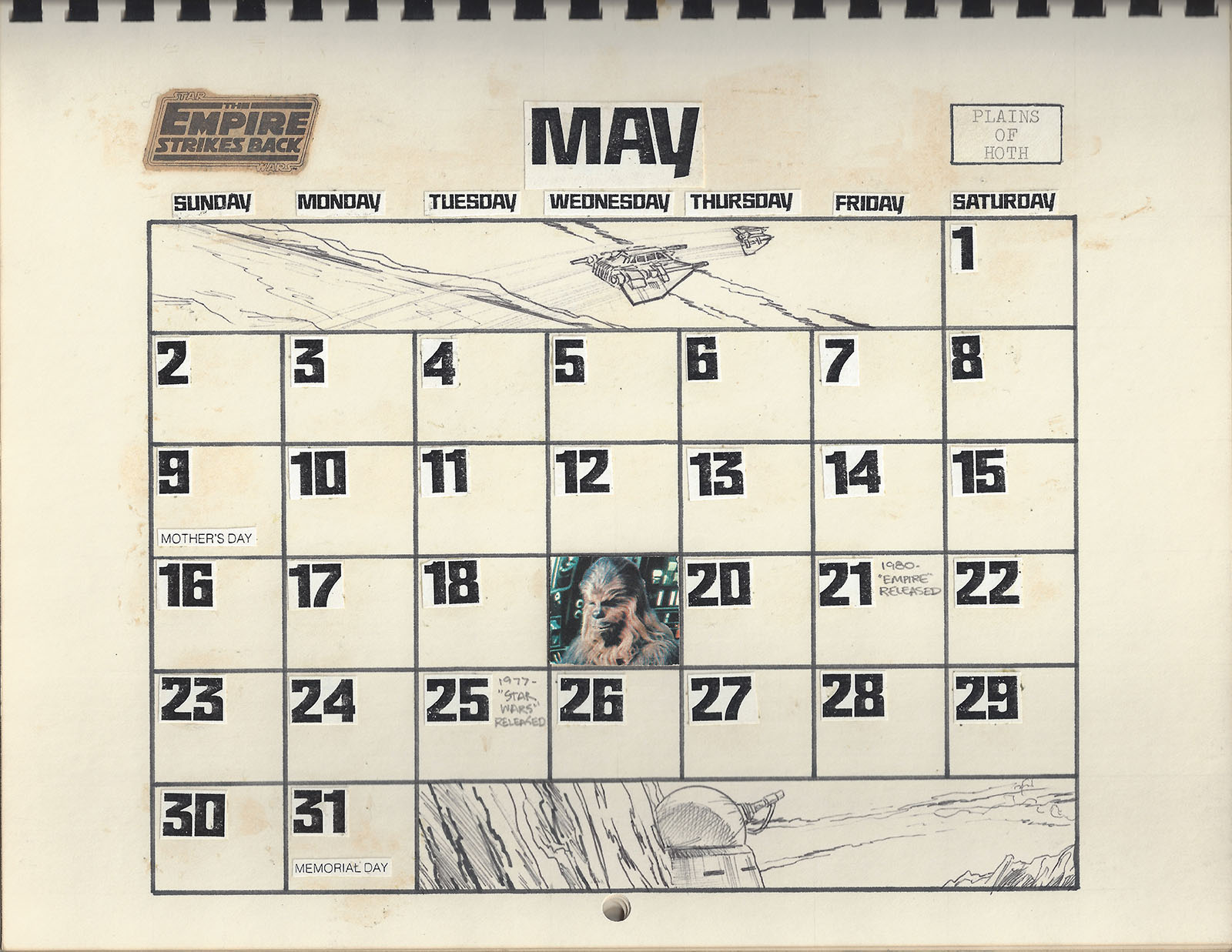 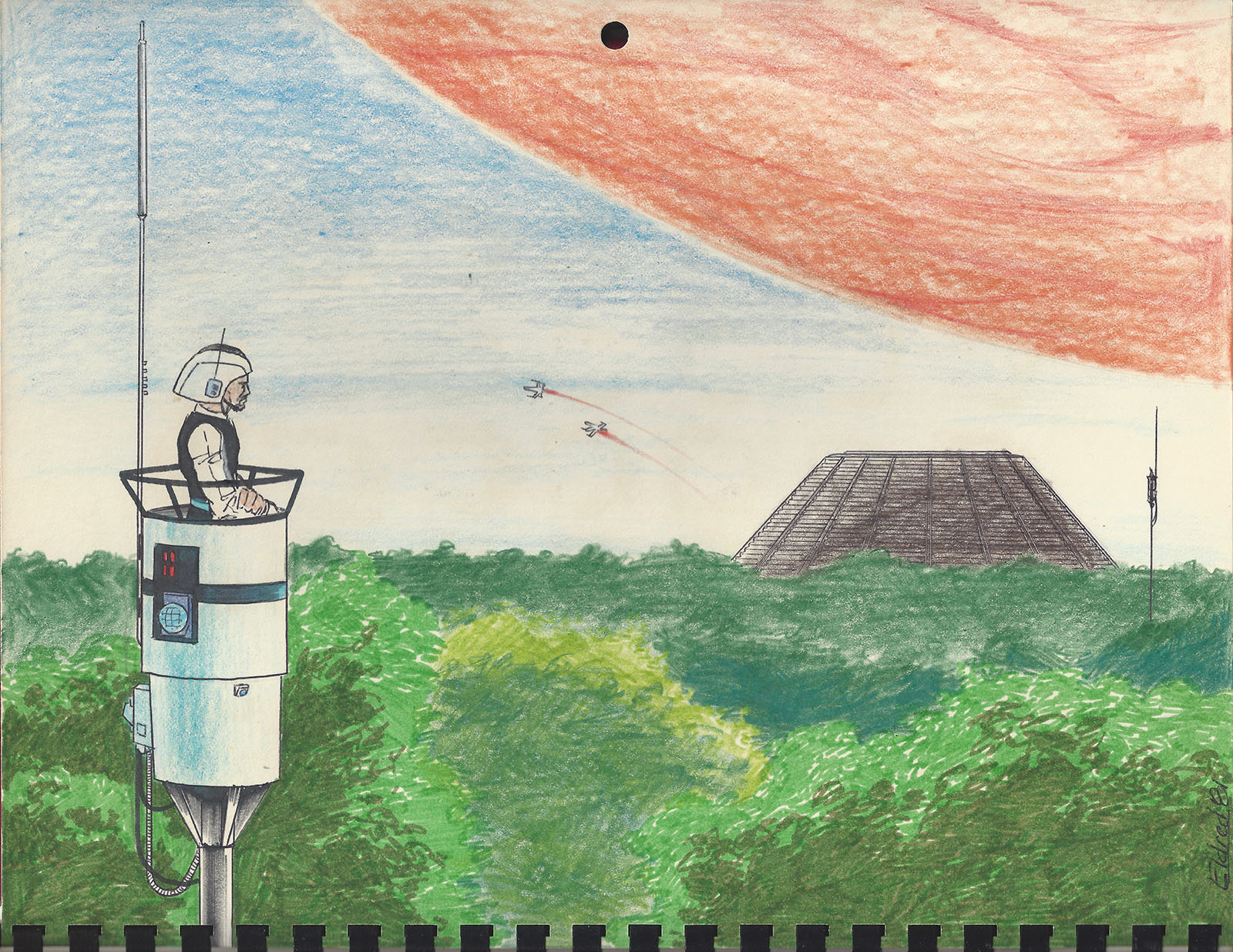 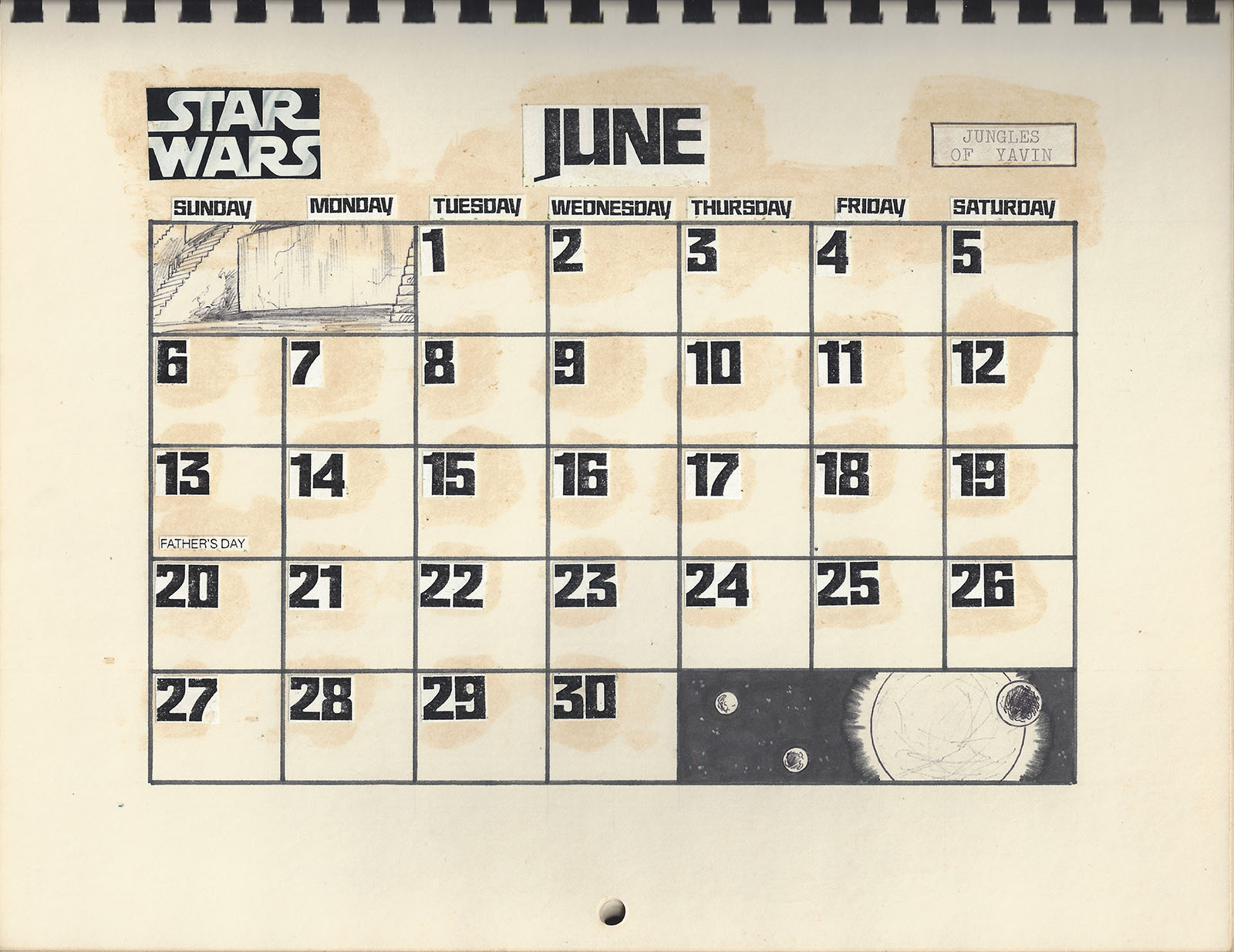 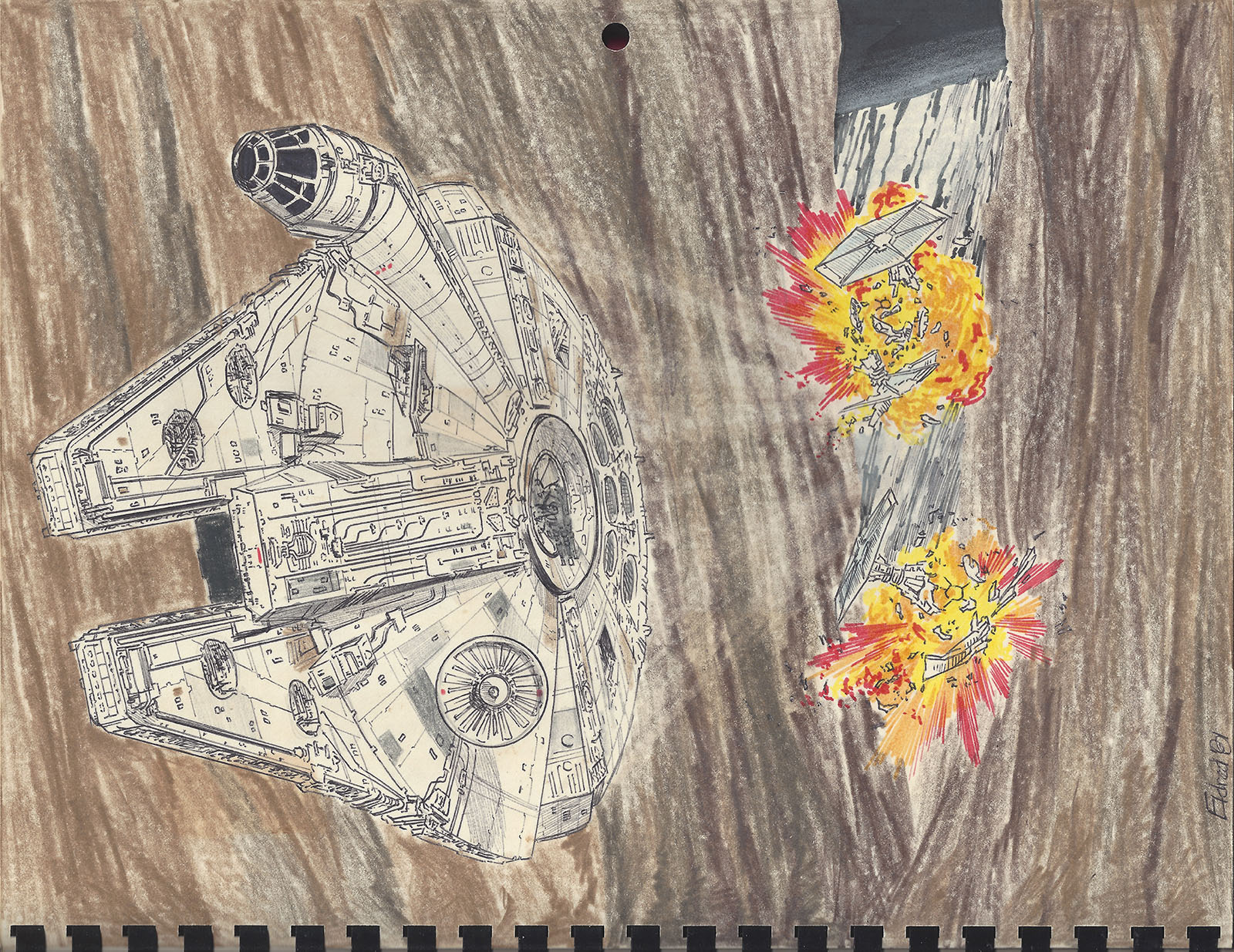 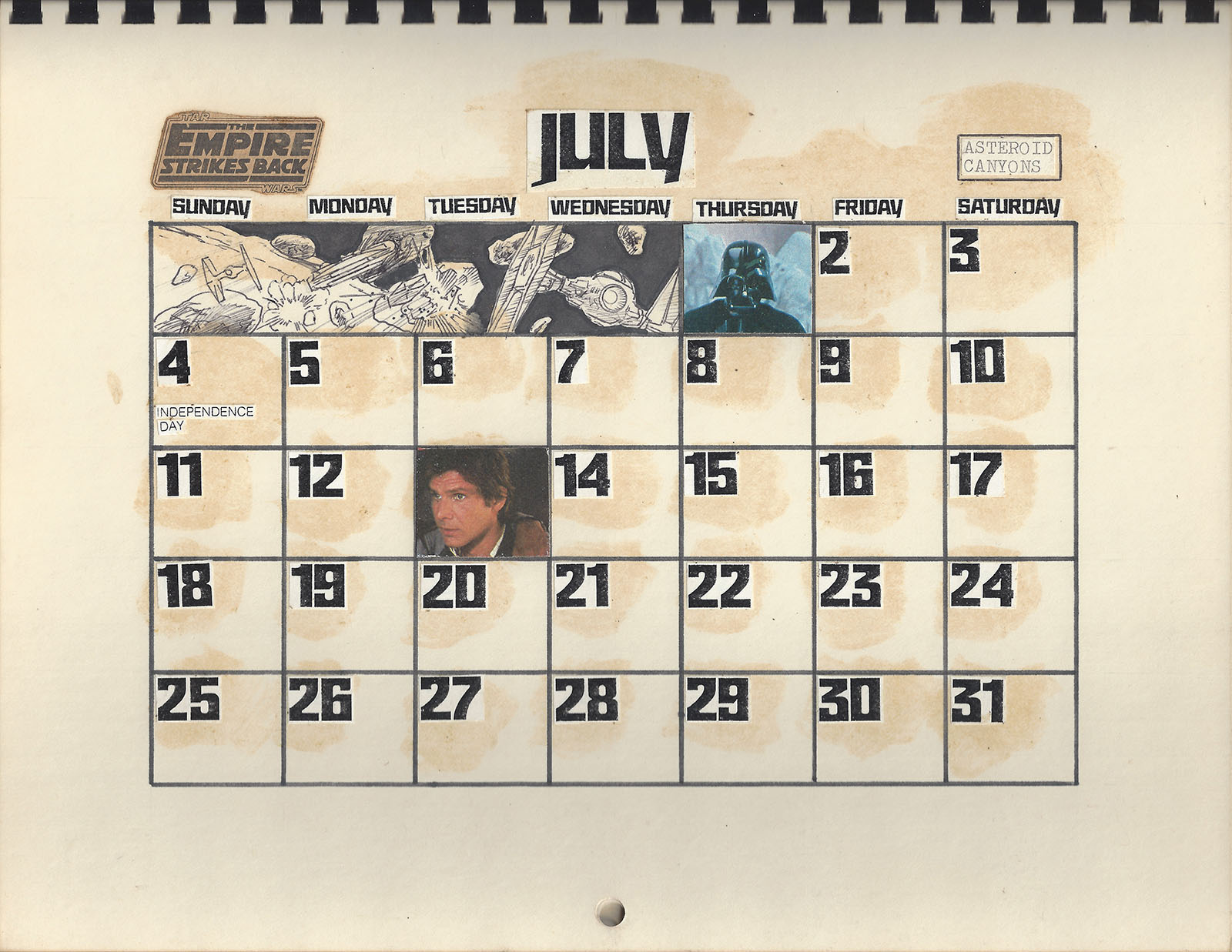 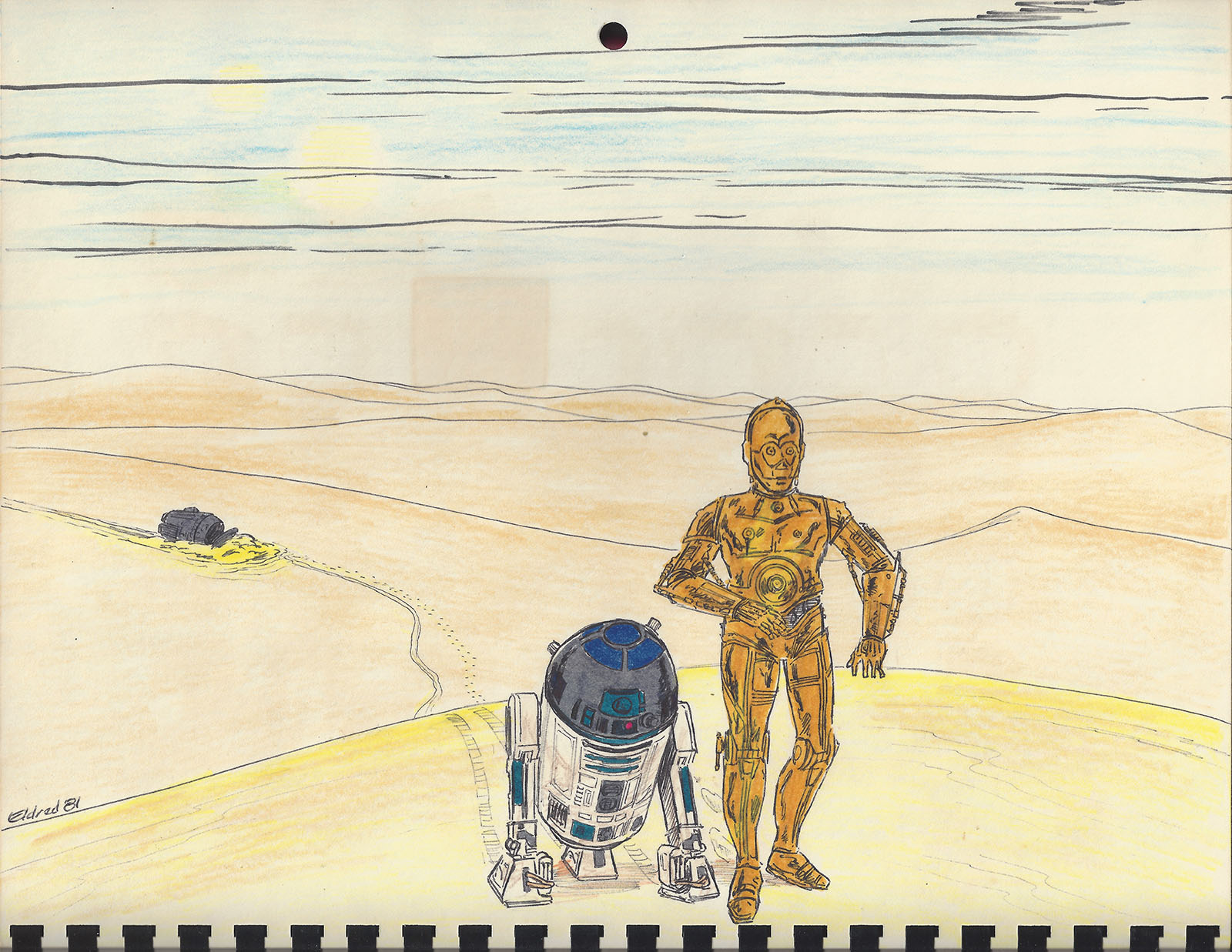 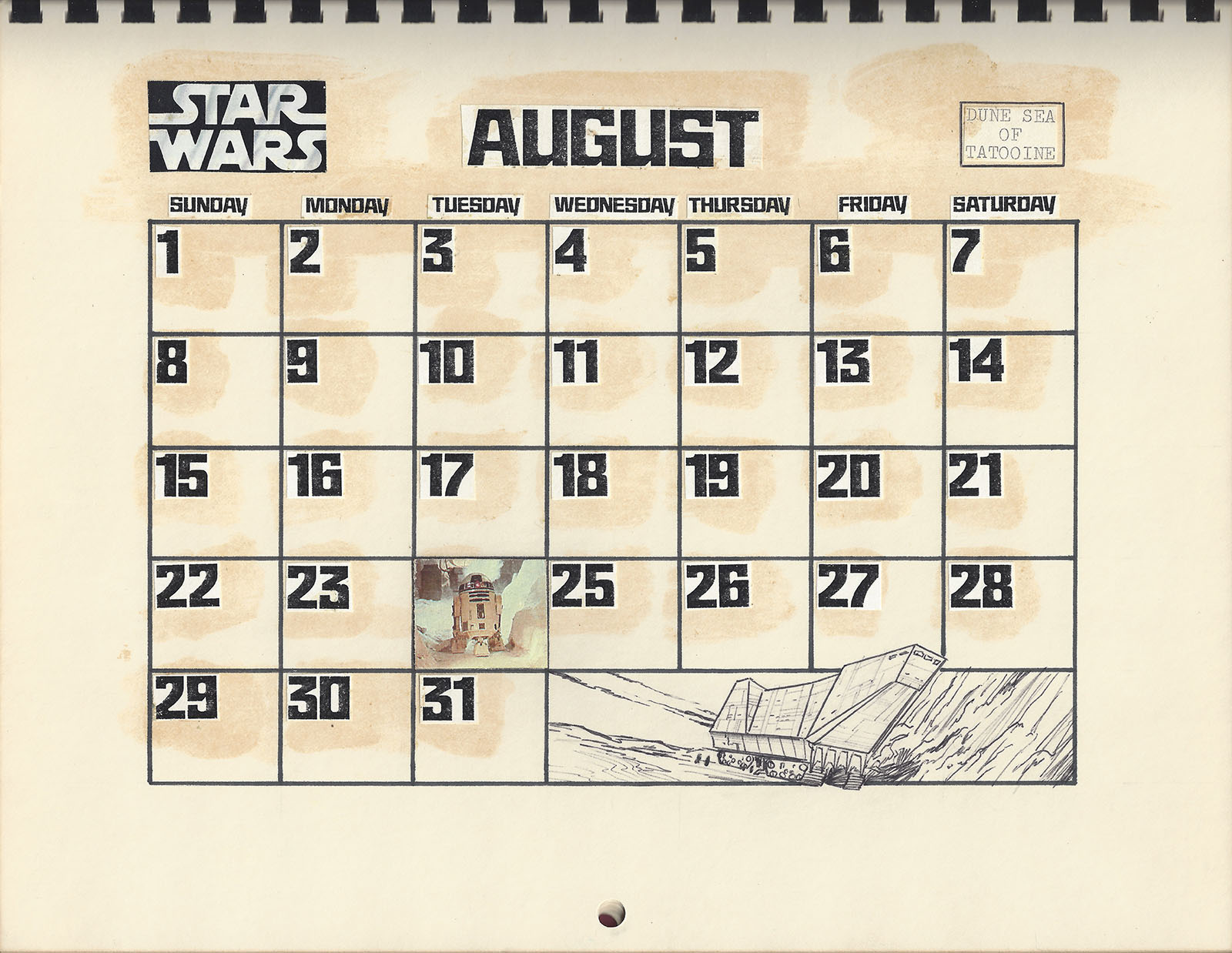 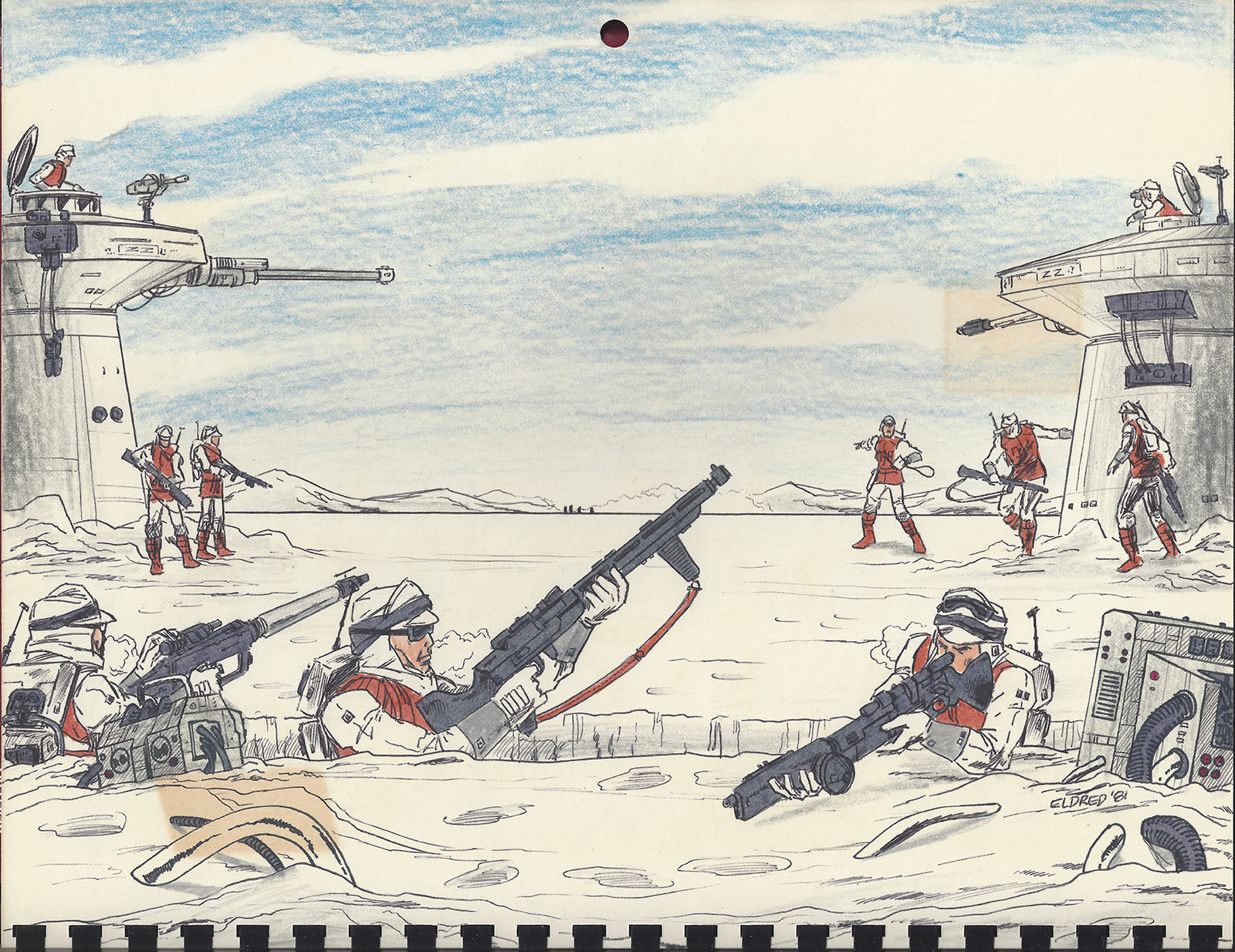 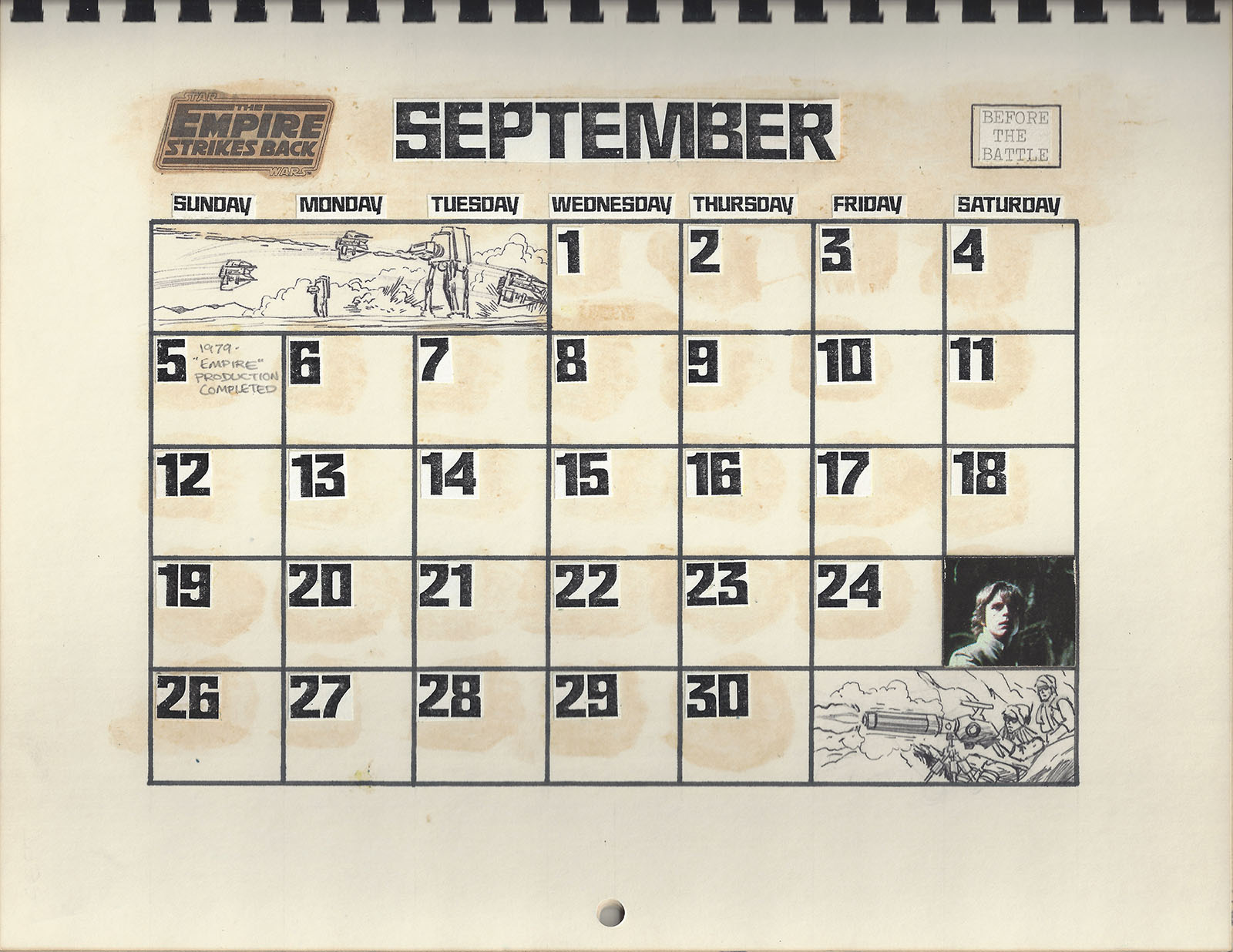 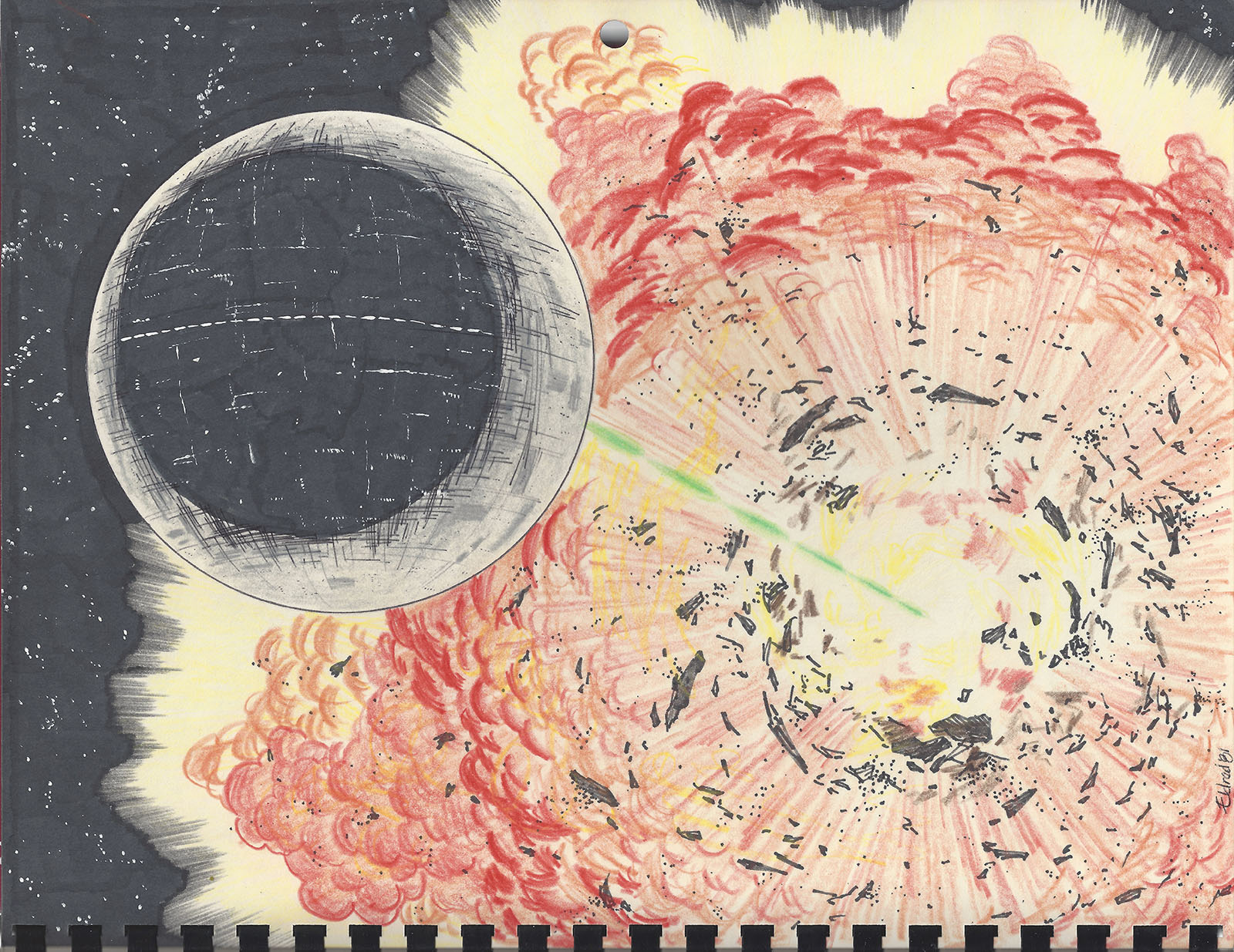 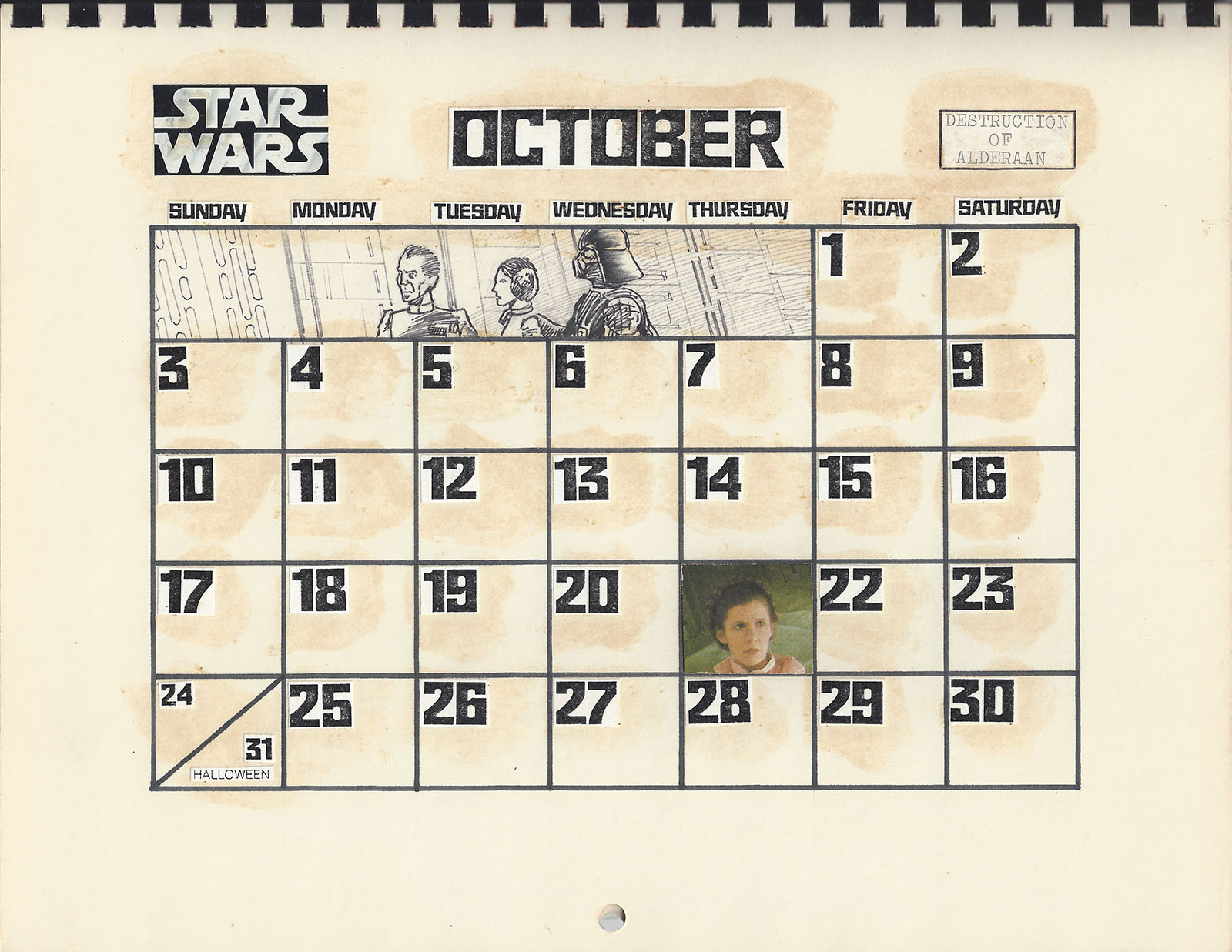 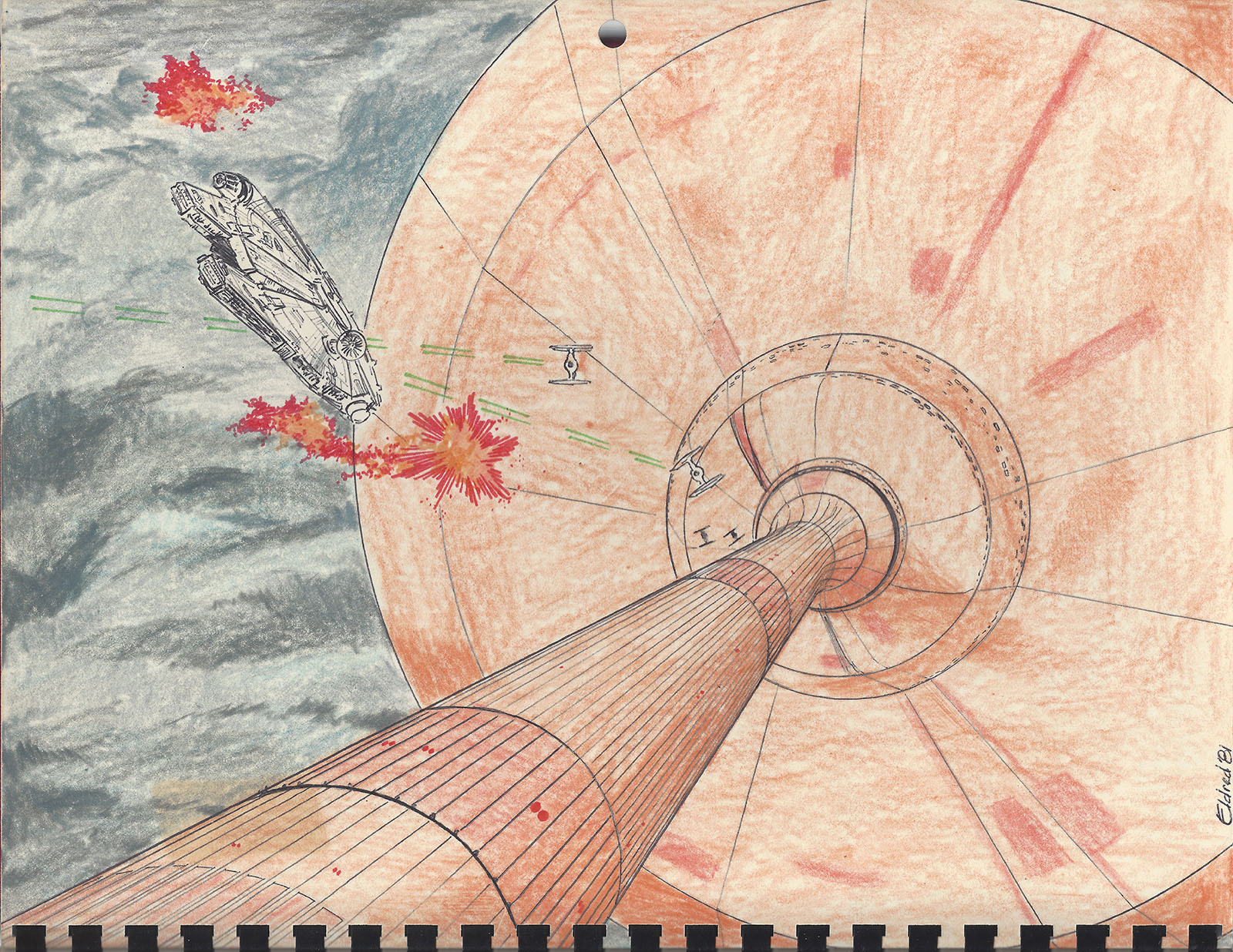 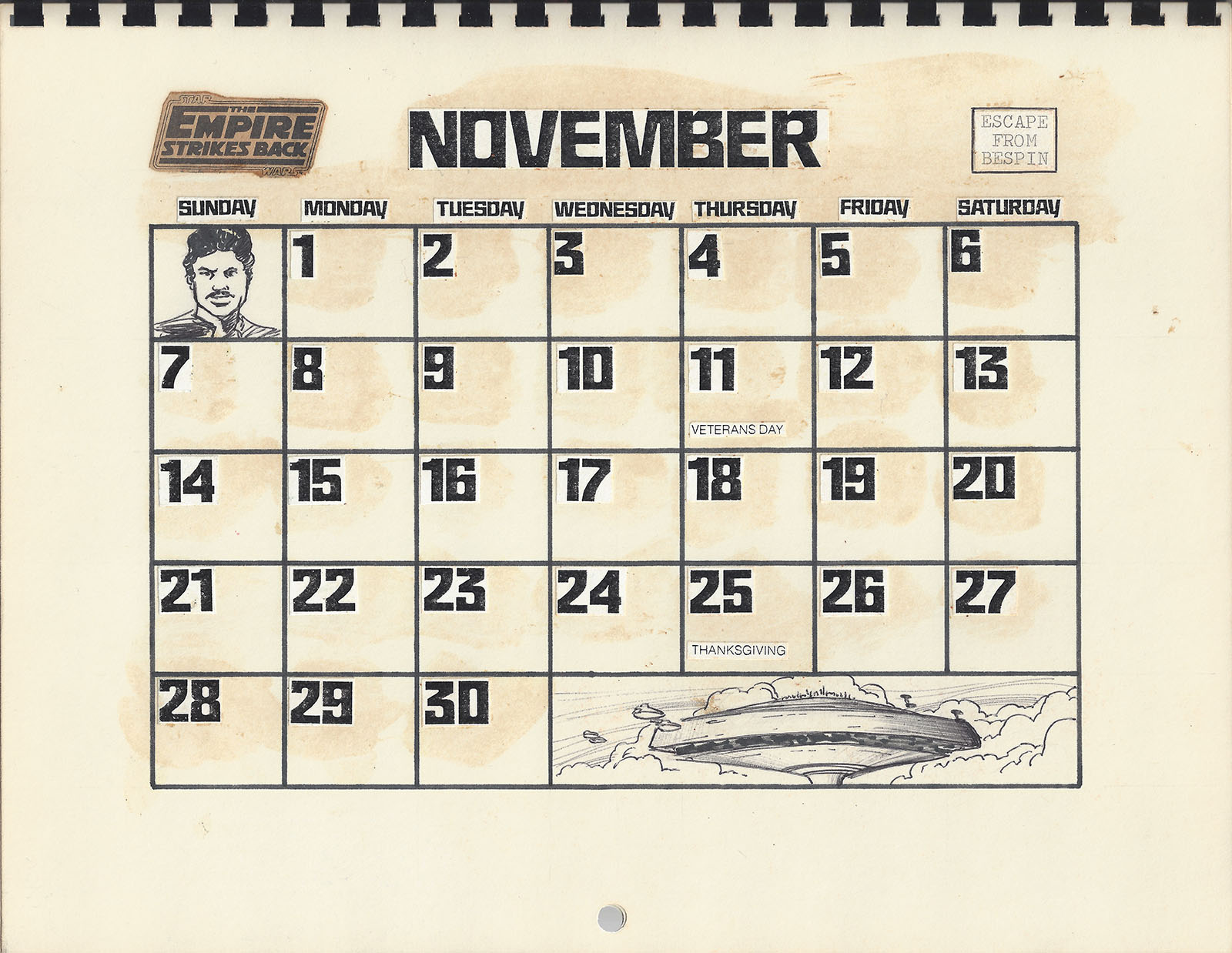 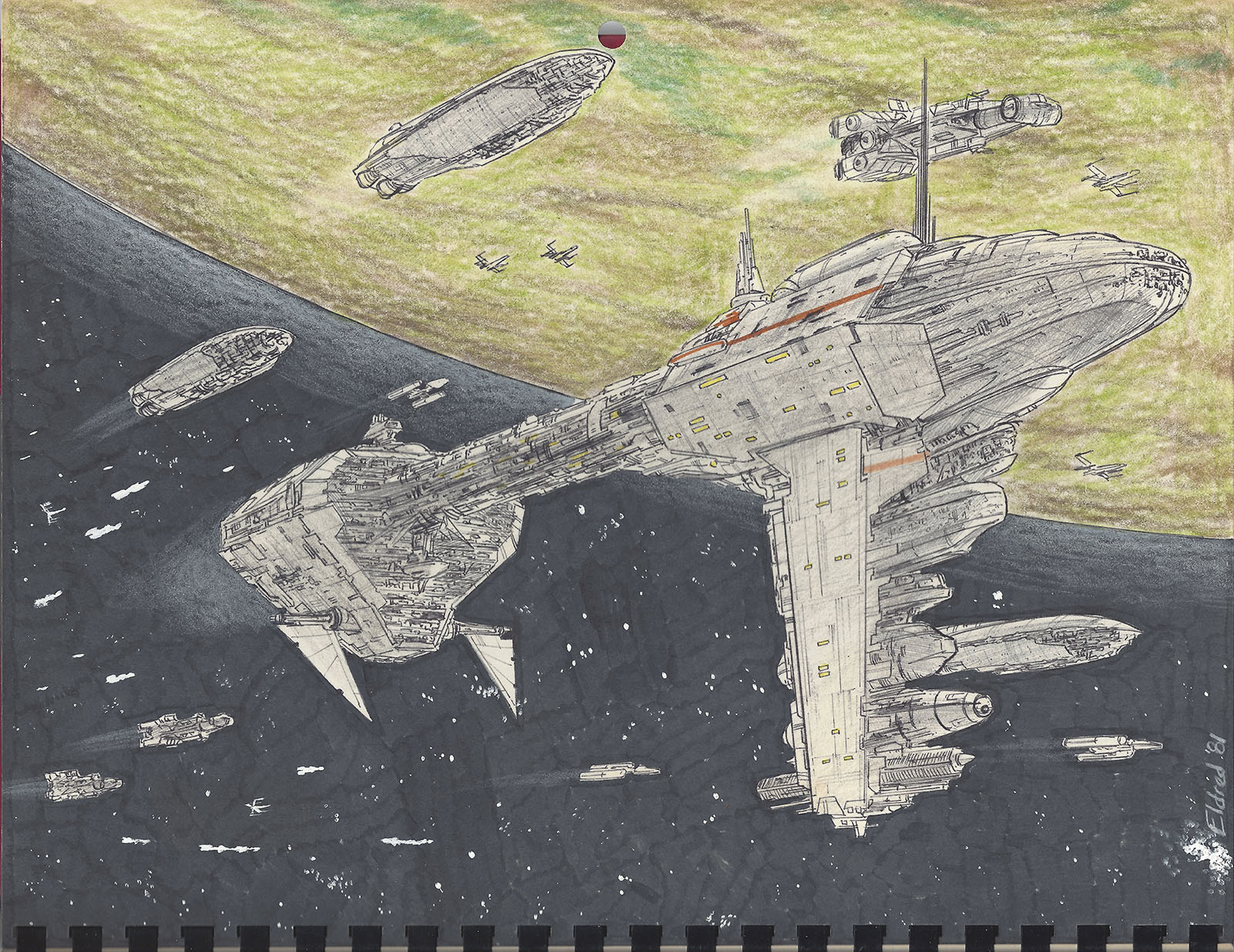 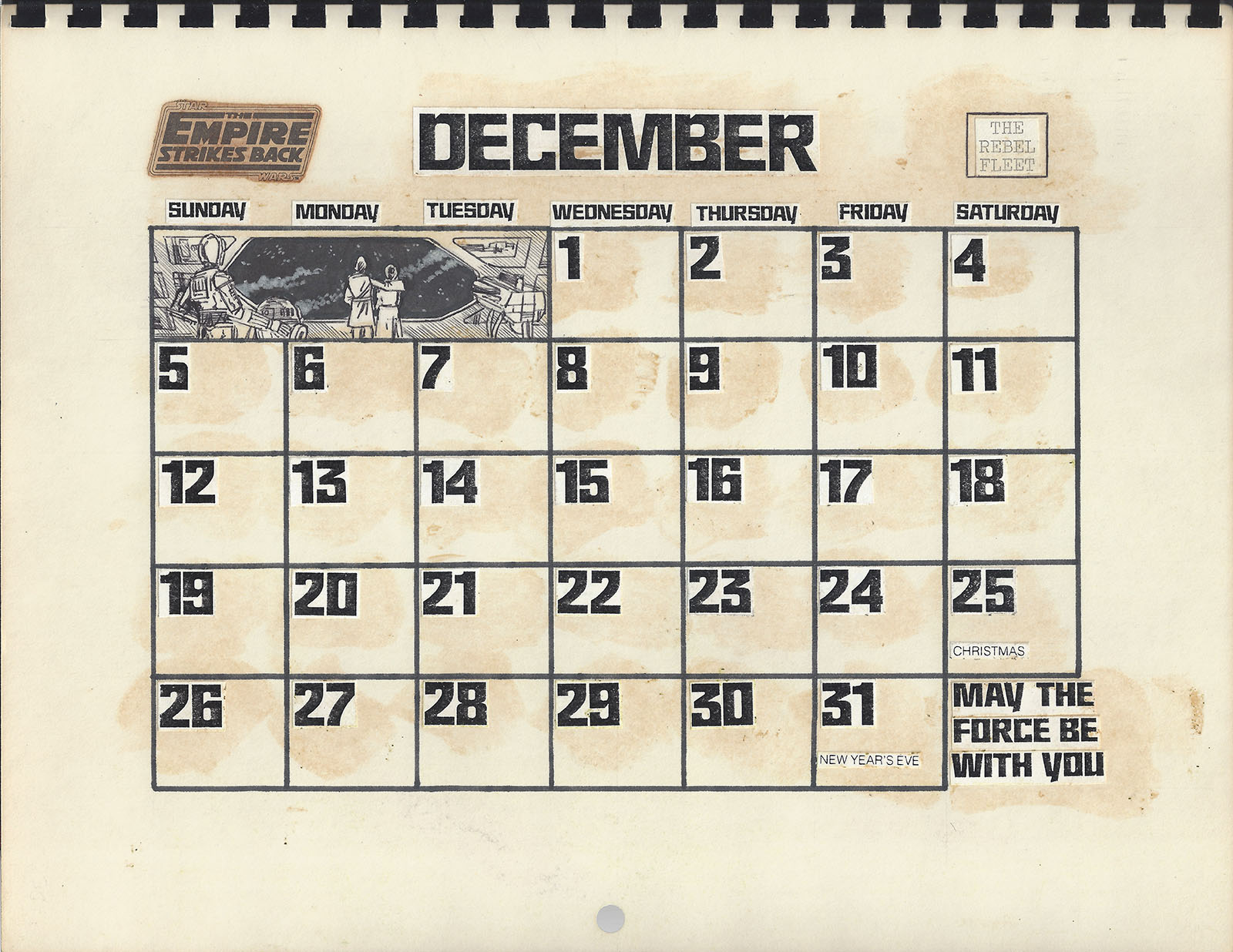