One of the sweetest moments in the animation world is when you learn your show has been renewed for another season. It’s the biggest possible stamp of approval for all the blood, sweat, and tears that went into your previous season – and a signal that your merch is doing well (though that’s less of a factor than it was in the pre-streaming era). Some shows keep coming back due to non-stop momentum, and Batman is one of them. There will always be a Batman. And I was lucky enough to be on this one when it got the green light for a second round of 26 episodes. 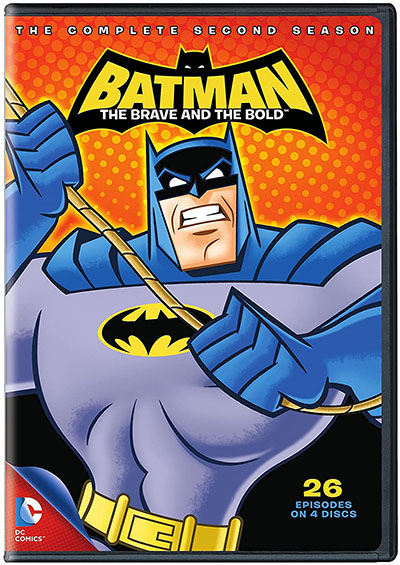 I was still a freelancer on Director Ben Jones’ crew, and the transition into season 2 was frictionless. The catalog of obscure DC characters kept on growing and the show kept getting more entertaining because of it (even dark and serious when it needed to). And there was a HUGE surprise waiting for me at the end, but I’ll get to that farther down the page.

Since I don’t have much more to say in general about season 2, I’ll say something about the craft of storyboarding.

I’m speaking with no small amount of bias, but to me, storyboarding is the most important part of this creative process. The first person to turn a script into a series of pictures makes decisions that will dictate everything downstream, from animation to timing to the impact on a viewer. The next time a TV cartoon elicits an emotional response from you, it’s a ripple that originated from a storyboard artist. I don’t want to take anything away from writers, of course, since you can’t get far without a script, but this is a visual medium where visuals are king.

One of the most important things you learn from storyboarding is actually counter-intuitive: you learn when to STOP drawing. Artists grow up thinking that the more labor and detail you put into a drawing, the better it will be. When you draw storyboards (or comics to a lesser extent), that’s the first notion that gets kicked to the curb. You’ve got to produce a lot of work in a limited time, so the most valuable thing you can learn is how much to leave out.

When I’m directing, and an artist hands me a storyboard that’s full of gorgeous detail and shading and linework, my first reaction is not “this is amazing,” it’s “how long did this take you, and how many more storyboards could you have done instead?” Because it’s not about detail, it’s about volume. A complete storyboard is always better than a partial one regardless of how sketchy it looks. (As a side note, you also have to learn when to stop drawing in order to preserve your own health and avoid burnout. It’s the precondition for a long-term career.)

If you want to see a working demonstration of how much you can leave out, look no further than a thumbnail board. It’s the quickest, most spontaneous look at how words are transformed into pictures and it has to be done fast. In most cases, you’re drawing the same number of panels as a finished storyboard in an even shorter time frame, so you learn how to express an image with the smallest number of lines. In other words, the essence of animation itself. 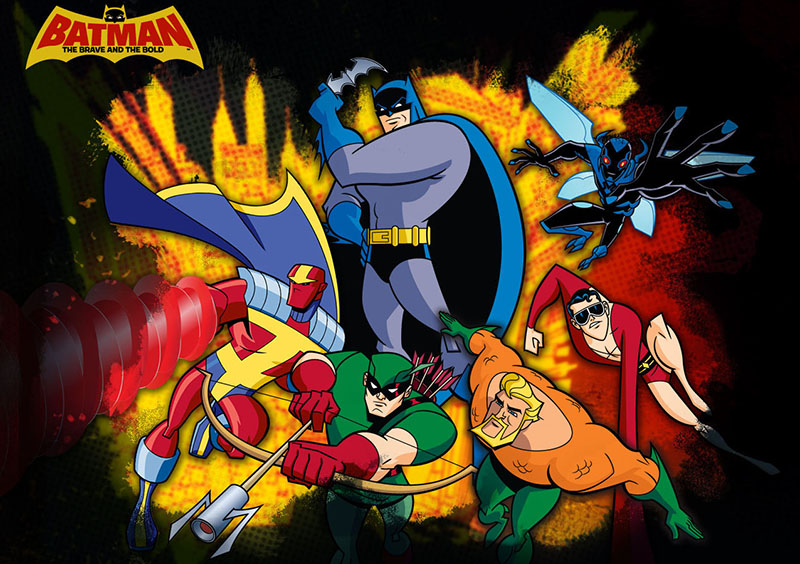 Season 2 premiered in December 2009 shortly after season 1 ended. It ran throughout 2010 with a few breaks to end April 2011. I contributed storyboards to ten episodes.

Kite Man plans revenge on Plastic Man for putting him in jail after working for him as a henchman. With a new sidekick named Rubberneck, Kite Man threatens Plastic Man’s family, including his wife Ramona, his son Baby Plas, and his sidekick Woozy Winks.

After defeating Fisherman, Aquaman attempts to take a family vacation, but can’t resist helping heroes. Just as he finally promises the family ‘no more heroics,’ Batman is trapped by the Penguin.

This was my first time handling Aquaman, and I thought it was brilliant to turn the previously dull-as-dishwater Superfriends version into an insufferable blowhard. I did all of act A in this episode. My segment runs from 2:45 to 9:00.

In the teaser, Aquaman returns to Atlantis to find it invaded by the Faceless Hunter working for Starro, a setup for things to come.

During a battle with Chemo, Batman is introduced to a team of energetic androids known as the Metal Men. When their creator Dr. William Magnus goes missing at the hands of the Gas Gang, Batman and the Metal Men team up to track them down.

During a science field-trip, Doctor Double X battles Batman and causes a nuclear reaction that splits the hero into three emotionally unstable personas. The brilliant student Jason Rusch and the dimwitted coach Ronnie Raymond are transformed into the superhero Firestorm, who lends Batman a helping hand literally pulling himself together.

Batman teams up with Captain Marvel, the superhero alter ego of the young Billy Batson, to battle Dr. Sivana and Black Adam.

Despite growing up as a Marvel reader, I certainly knew about Shazam thanks to the 70s TV series and various comics that brushed by, so I was pretty comfortable with this one. I covered most of act A, from 2:45 to 8:25.

Led by the Faceless Hunter, the Starro Invasion comes on full swing. Only Batman and a handful of unlikely heroes remain uninfected to thwart the alien parasites and their mind-controlled hosts.

I handled act A and the start of act B (3:00 to 8:40), an intense brawl between Batman and the Faceless Hunter inside the Batcave. I saved a copy of the finished storyboard, so this gives you a chance to compare two phases with the finished animation.

The Doom Patrol comes out of retirement when a group of villains (General Zahl, Brain, Monsieur Mallah, Animal-Vegetable-Mineral Man, Arsenal, and Mutant Master) tries to assassinate them — or perhaps reunite them.

Lots of longtime DC fans get all fuzzy inside when the Doom Patrol is mentioned, but this was another group that was unfamiliar to me. In such cases, all I really needed to know was what their powers were and I’d rely on my director to inject the finer points. I did part of act A (5:05 to 7:40) and part of act B (11:30 to 15:10).

Bat-Mite gives his powers to the Joker by mistake. Joker uses his new gifts to remake the world in his own image and starts alternately killing and resurrecting Batman.

I got to board the teaser of this episode, adapting a classic silver-age DC tale in which Batman and Robin battle Firefly and his Rainbow Creature. I also handled two other segments featuring Batman vs. the Ten-Eyed Man (2:55 to 5:15) and the epilogue (21:20 to the end).

This was another episode where I got to do the teaser, and it was the first one I know of that didn’t have Batman in it. Instead, Stargirl teams up with the Blue Beetle to fight Mantis. In the main episode, Batman, Plastic Man and the Freedom Fighters race to stop an alien invasion. I boarded everything from the start of the show up to 6:25.

See the teaser on Youtubehere 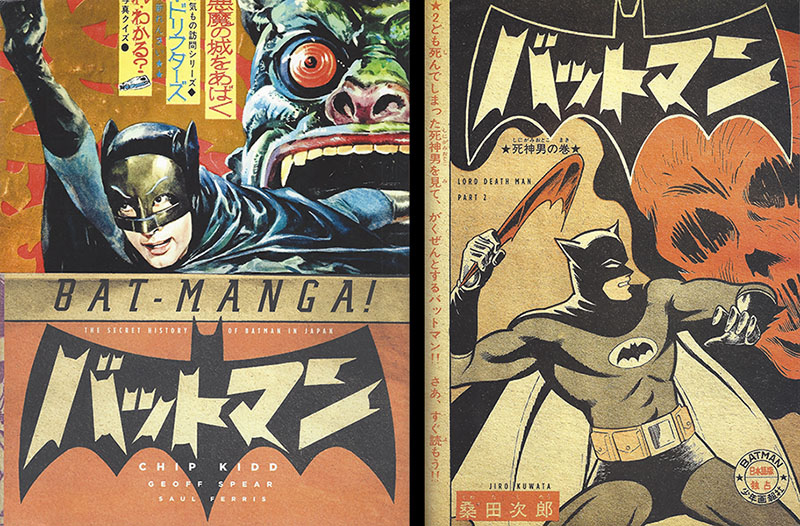 And now the big surprise that was waiting for me at the end of the season: BATMANGA!

I’ve been a megafan of Japanese anime and manga since I knew they existed, and like the rest of the comic book world I was delighted to see a Batman manga emerge from the vault of history. Written and drawn by Jiro Kuwata in the late 60s, it was collected in a fantastic 2008 book compiled by Chip Kidd. The year after this book was published, I got to adapt part of it for TV! 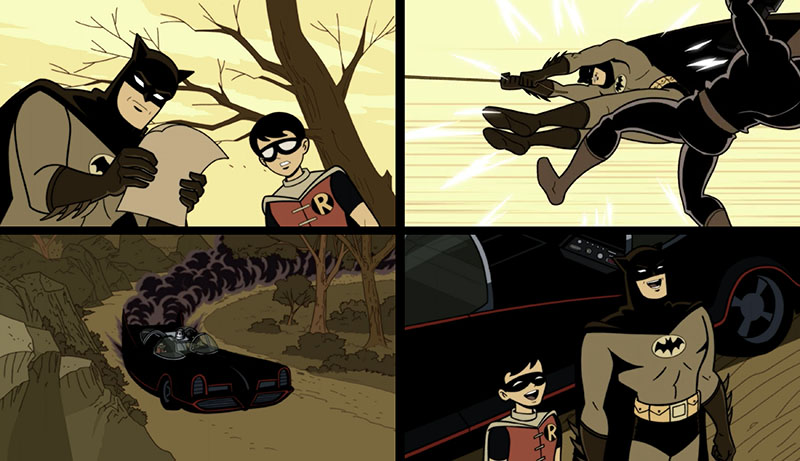 By an extremely lucky accident, I was in the rotation to work on this “very special” episode in which Bat-Mite hosts a look at two other incarnations of Batman.

The first was a straight-up adaptation of a chapter from Batmanga, as if it was specifically written for me to storyboard. For four glorious weeks, I stepped right into the shoes of a Japanese artist tasked with turning manga into anime, and I dove deep into the 60s ouvre. Astro Boy, Cyborg 009, and Speed Racer all flowed through my fingertips to make the most of this once-in-a-lifetime opportunity. To everyone’s credit, the finished episode leaned all the way into it. My only regret is that for some ridiculous reason, I didn’t preserve a copy of the finished storyboard. That was catastrophically dumb of me.

The second part of this episode was of a different vintage altogether, a team-up between Batman and the Scooby-Doo gang using the early 70s character designs I grew up on. I only worked on small parts of that segment, which was fine by me since I’d already put in my time on other Scooby shows. But I did walk away with the vintage 70s model sheets, which you can see in a gallery right here.

Next time: The Brave and the Bold gets a THIRD season, and I get an even BIGGER surprise!

Click here for a gallery of villain character designs
This entry was posted in TV Cartoons , What’s New