The rebel command ship is invaded by an ancient, vampiric droid that begins to drain it of power. Luke Skywalker and Wedge Antilles have to find and stop the tiny menace before it can render their ship dead in space! 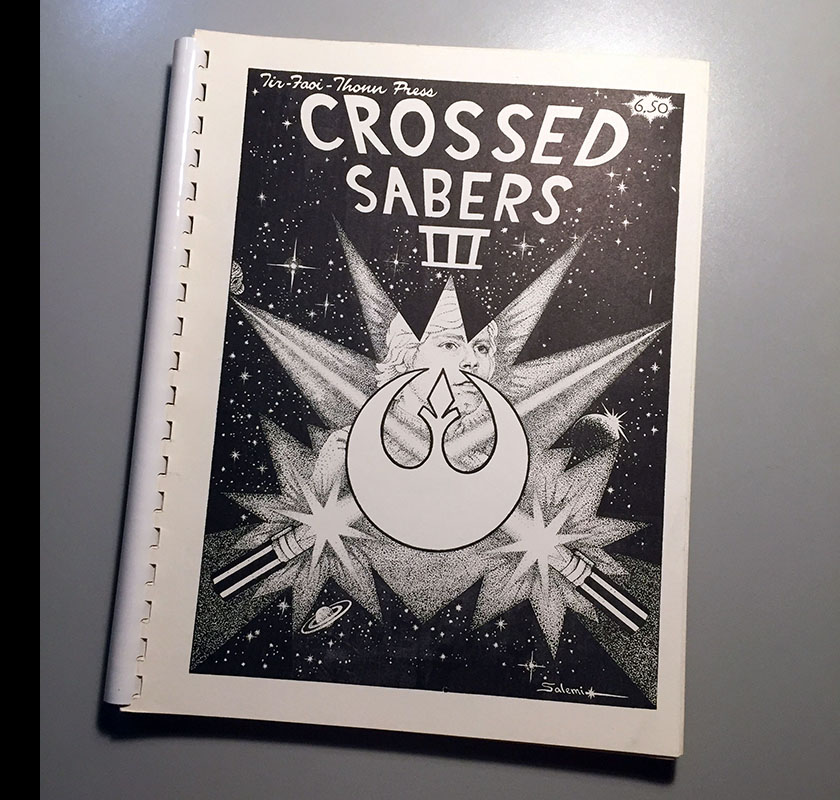 This was my fourth Star Wars comic written and drawn for a fanzine in April 1982, when I was 16. It was published in Crossed Sabers (Vol. 2, issue 3) in 1983. At the time I drew it, Return of the Jedi was a little over away, so in my head the rebel alliance was still in a Battlestar Galactica scenario, creeping through space toward whatever was to come. And space is always full of weird hazards.

The setting for the story was the Rebel Cruiser, later renamed the Medical Frigate. I imagined it quite a bit larger, able to store a whole X-wing squadron inside. My reference for drawing it was just a couple photos in The Art of The Empire Strikes Back, and I would have donated blood for more. I was disappointed when the ship was “demoted” in Jedi, but we got bigger and meatier ships in its place and it never even occurred to me to mutate into a toxic fan when my headcanon got overturned. It was a simpler time.

Something else I liked to do in my stories was give secondary characters like Wedge Antilles some attention. It would take another ten years or so for him to get his own spinoff novels and such. To me, he was as valid a character as any of the headliners, and came with fewer limitations.

On the drawing side, I was still stuck on ballpoint pens and magic markers, but was also using screen tones whenever I could afford them because I loved the “professional finish” they provided. However, I still had no choice but to create space backgrounds the hard way, making dots with white-out (our generic name at the time for correction fluid). That would persist for many more years until I got a computer and learned Photoshop. One day I made a whole page of little black dots, scanned and inverted it, and never had to paint another star by hand. I feel like I gained back years of my life with that little trick.

One more memory: I was an 11th grader when my “fanzine career” got rolling, and I was pretty well-known as the Star Wars nerd in my high school. This was a dark time, when liking Star Wars could get you beaten up. But the bullies still respected my drawing skills, so I didn’t spend all my time under a cloud of fear. One day in class I was designing the parasite droid for this story and casually labeled its mono-eye a “mobile photoreceptor.” One of the bullies got a glimpse of this and was stunned. He had no idea what the term meant or how I came up with it. I enjoyed watching as he tried in vain with his meager vocabulary to explain this to the other bullies. It felt like a true victory. 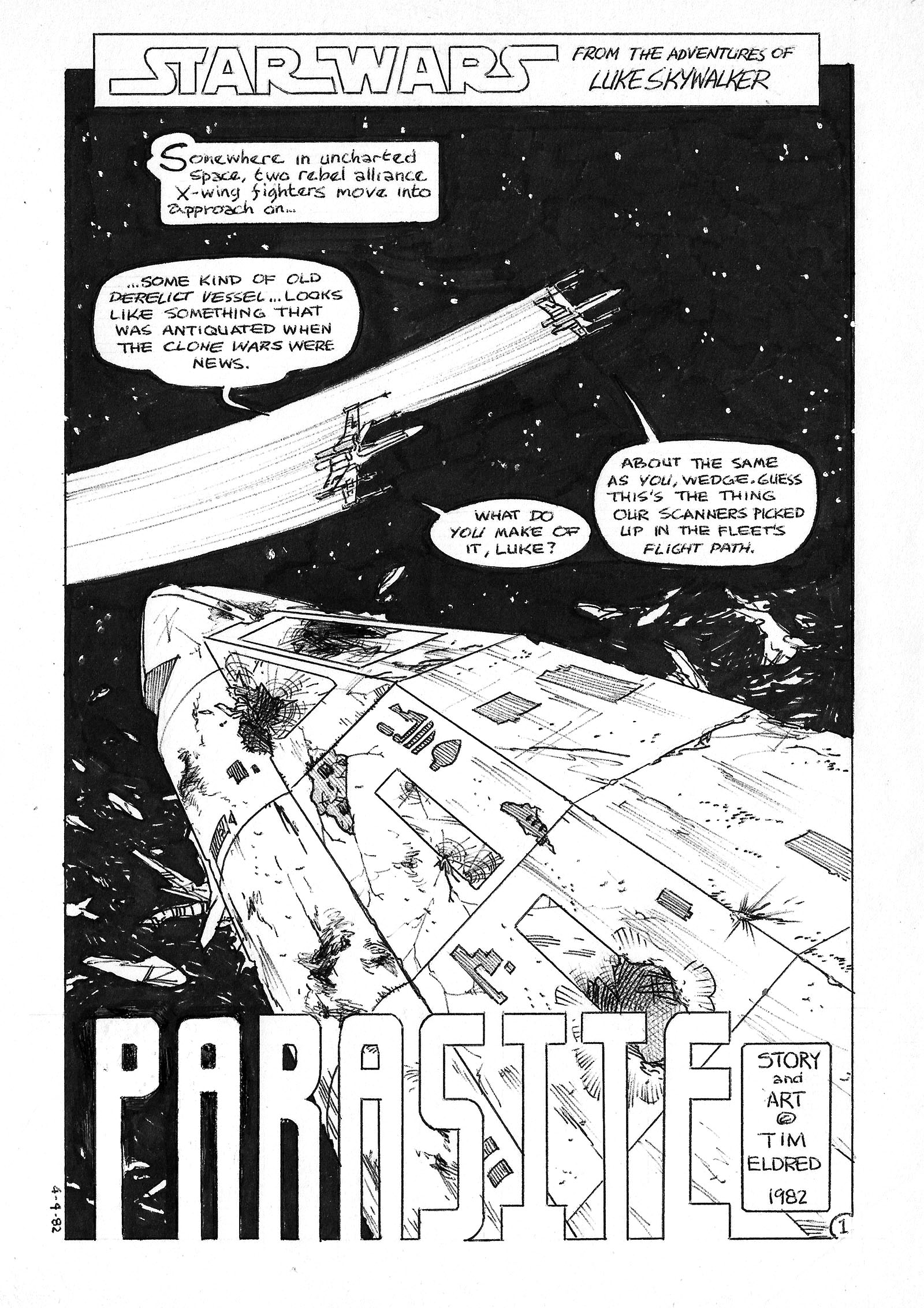 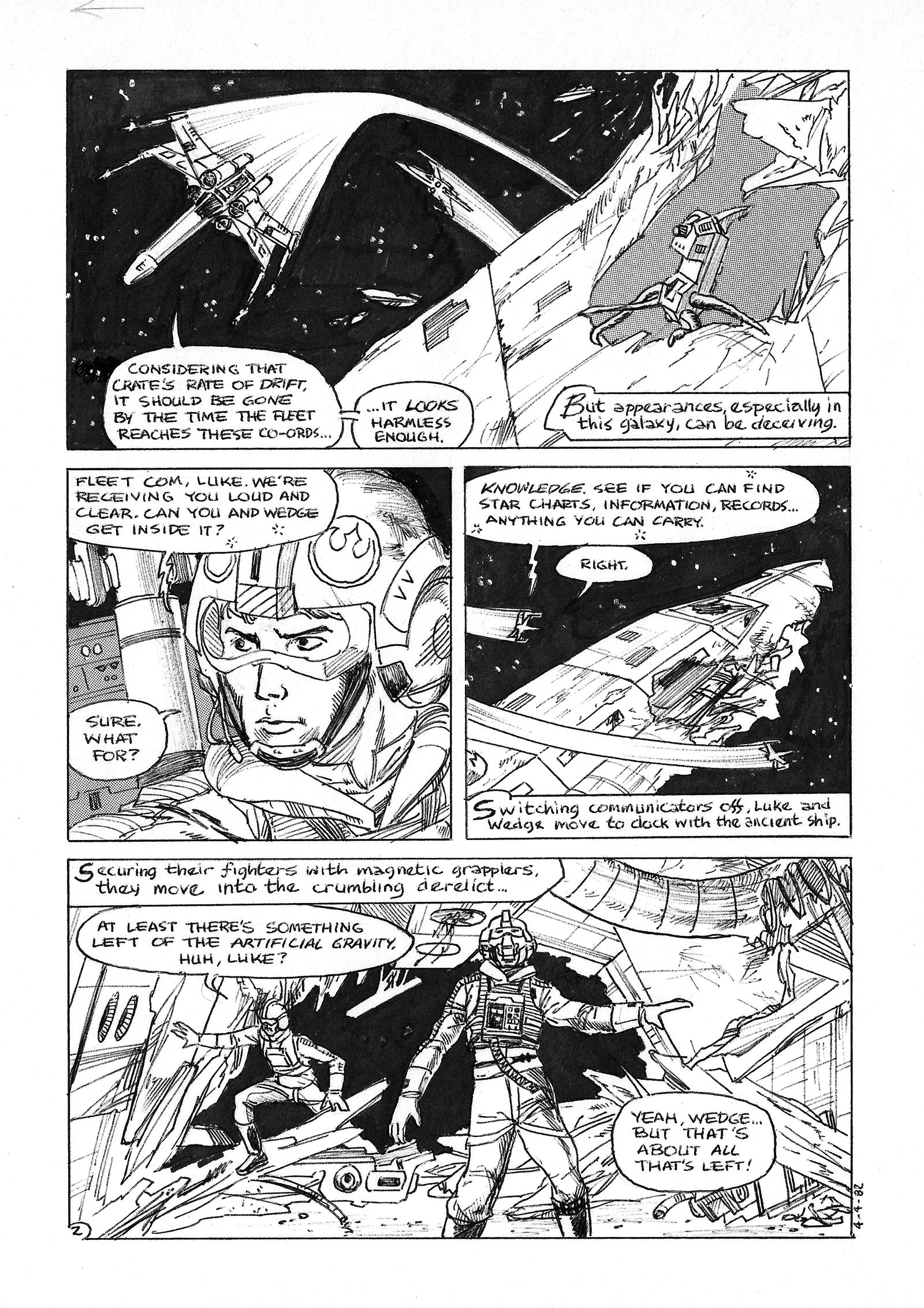 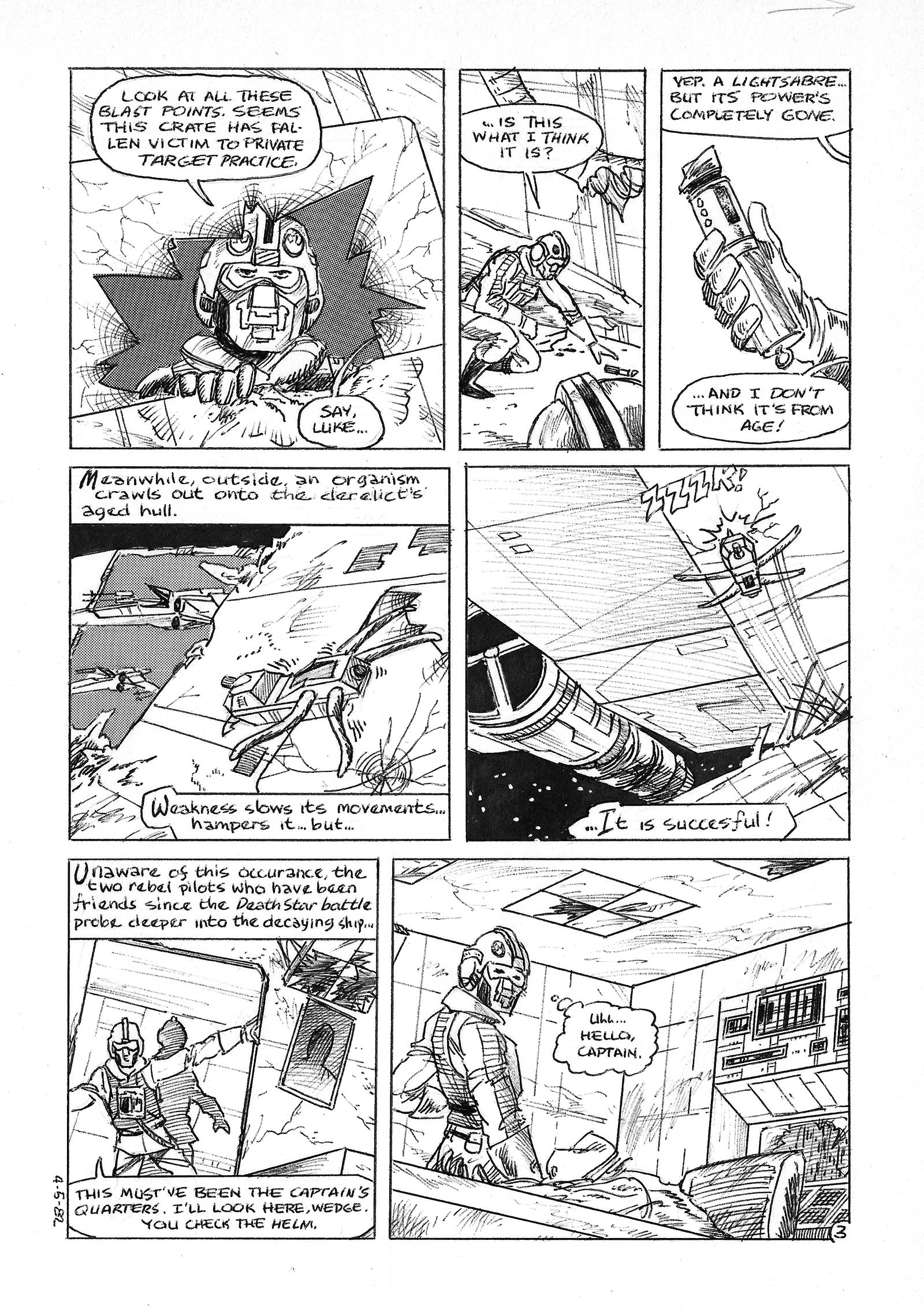 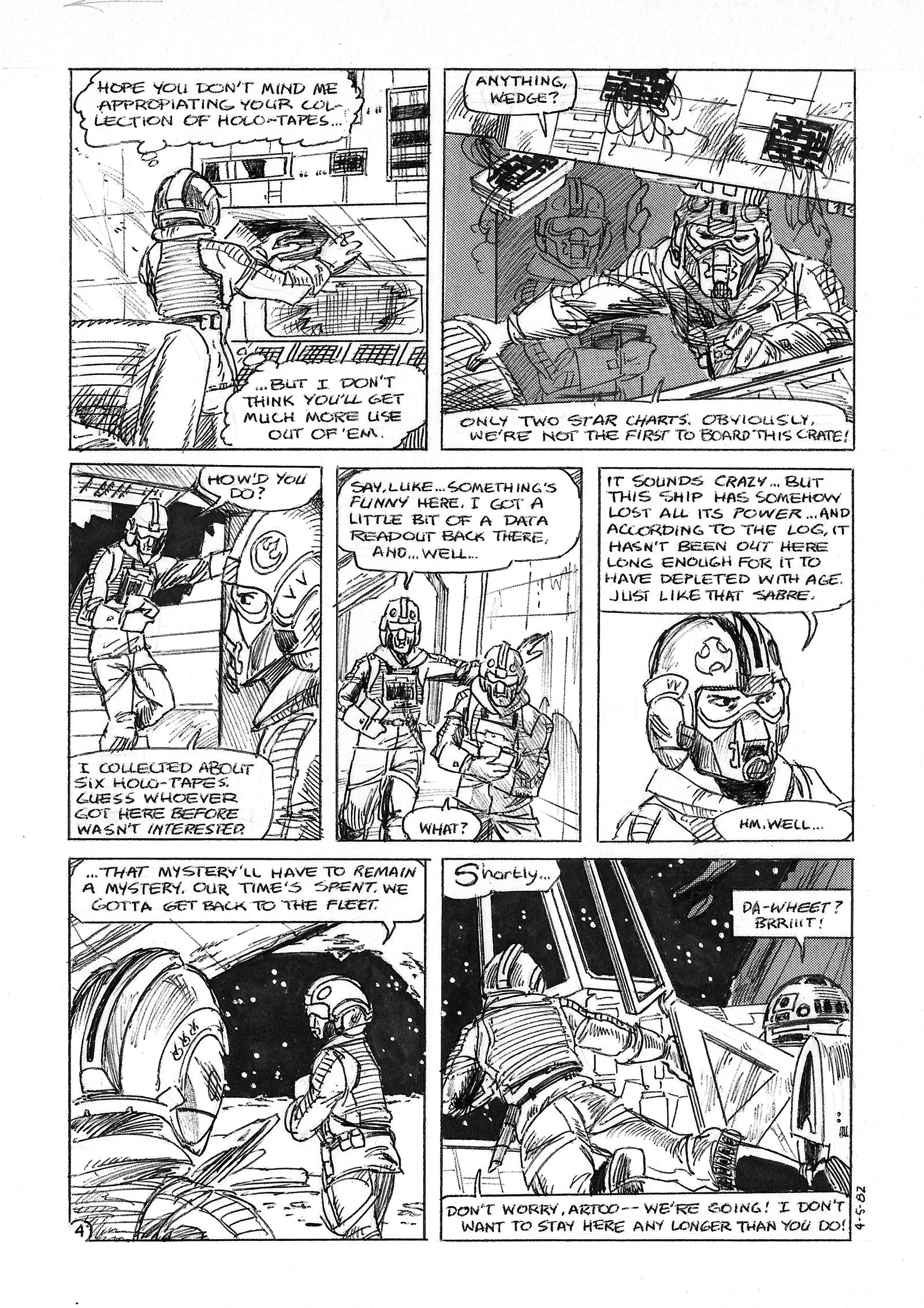 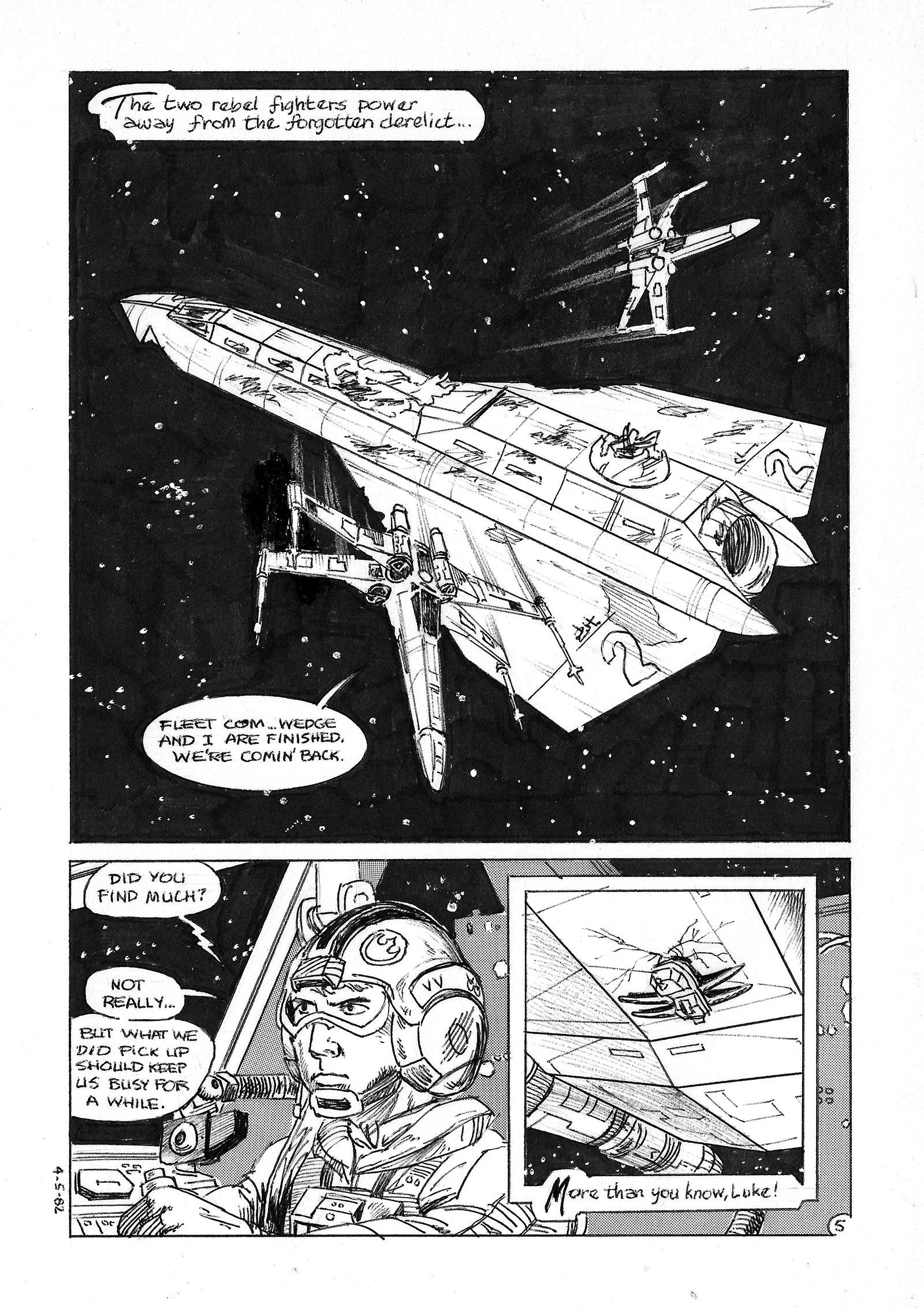 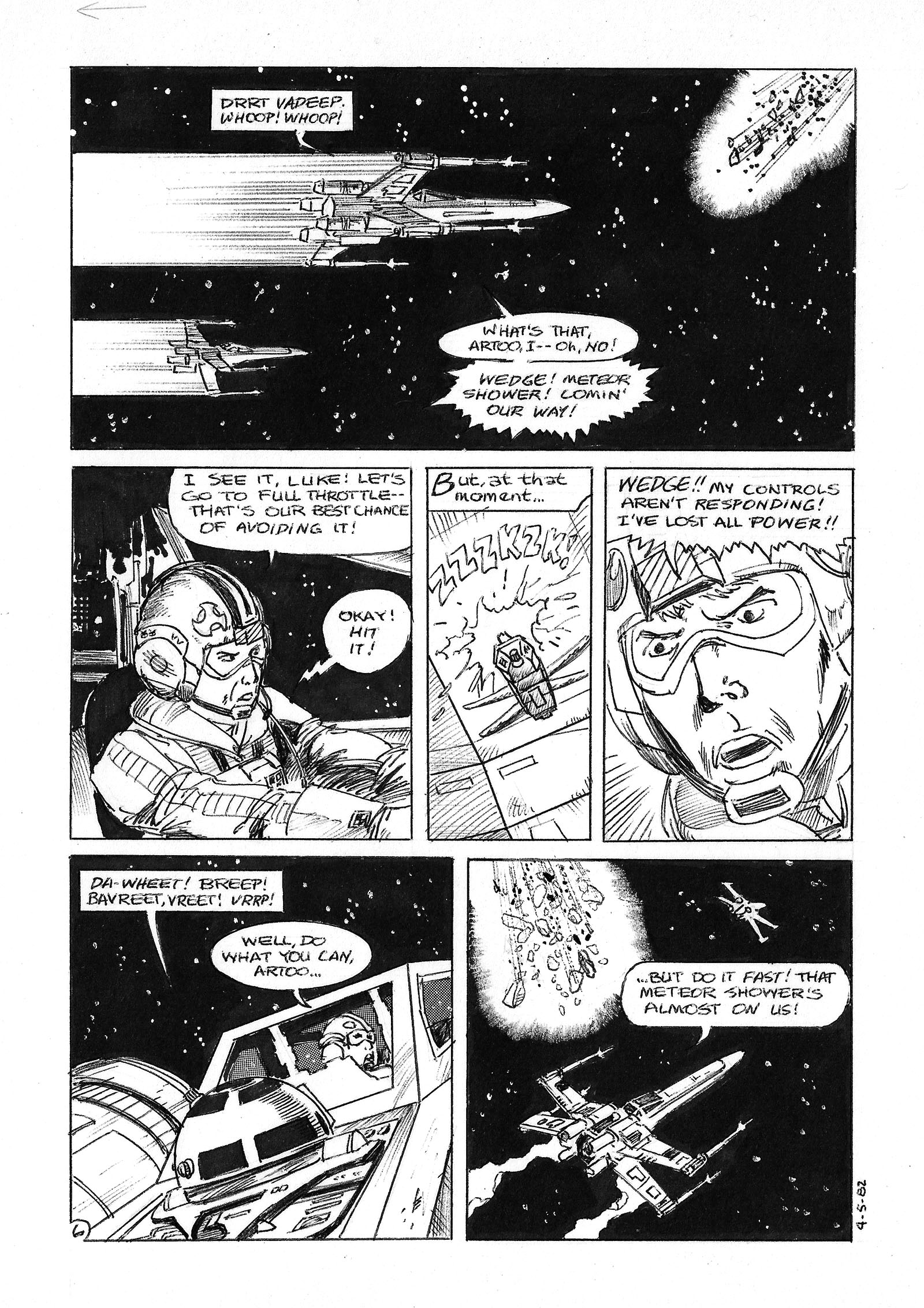 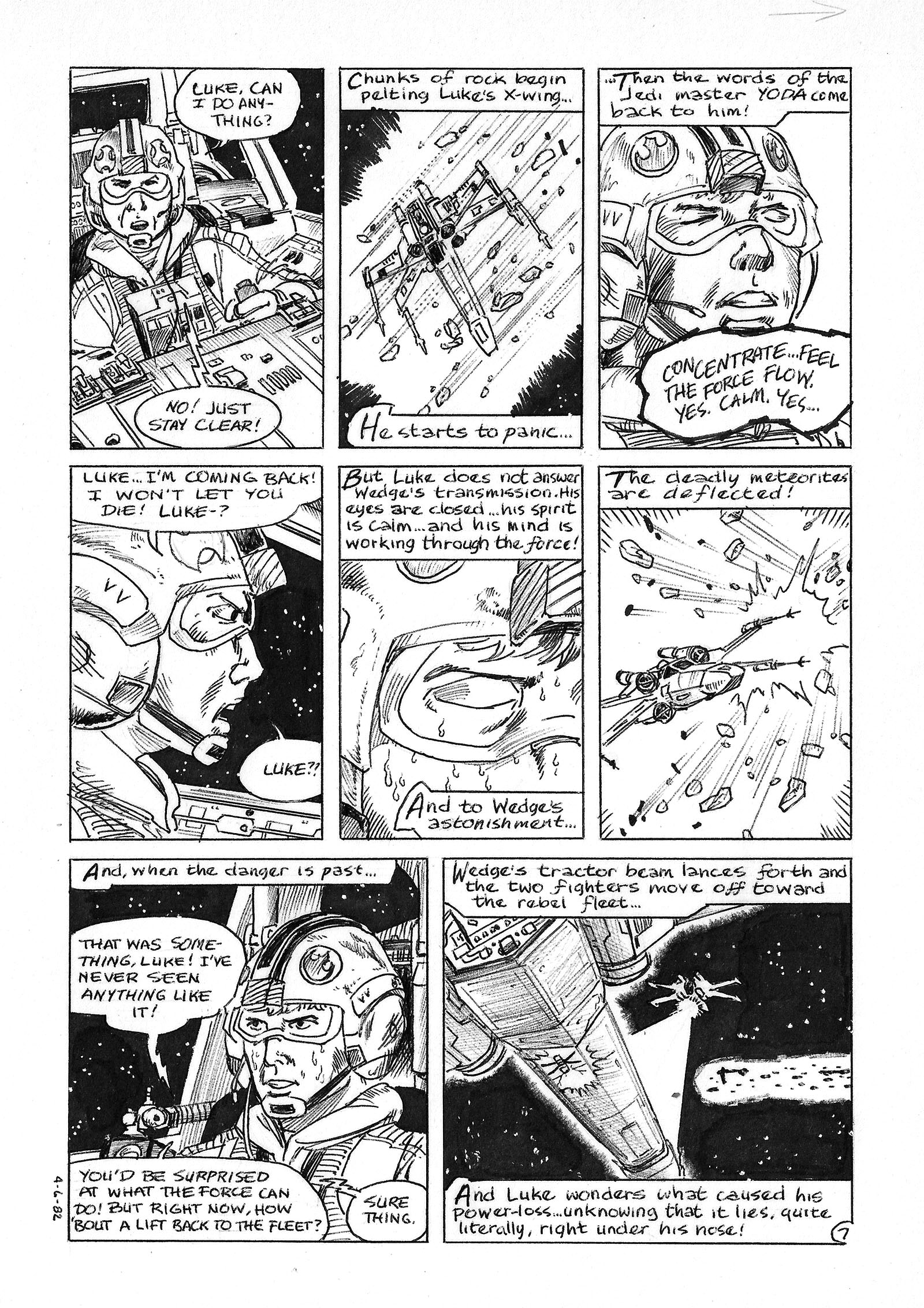 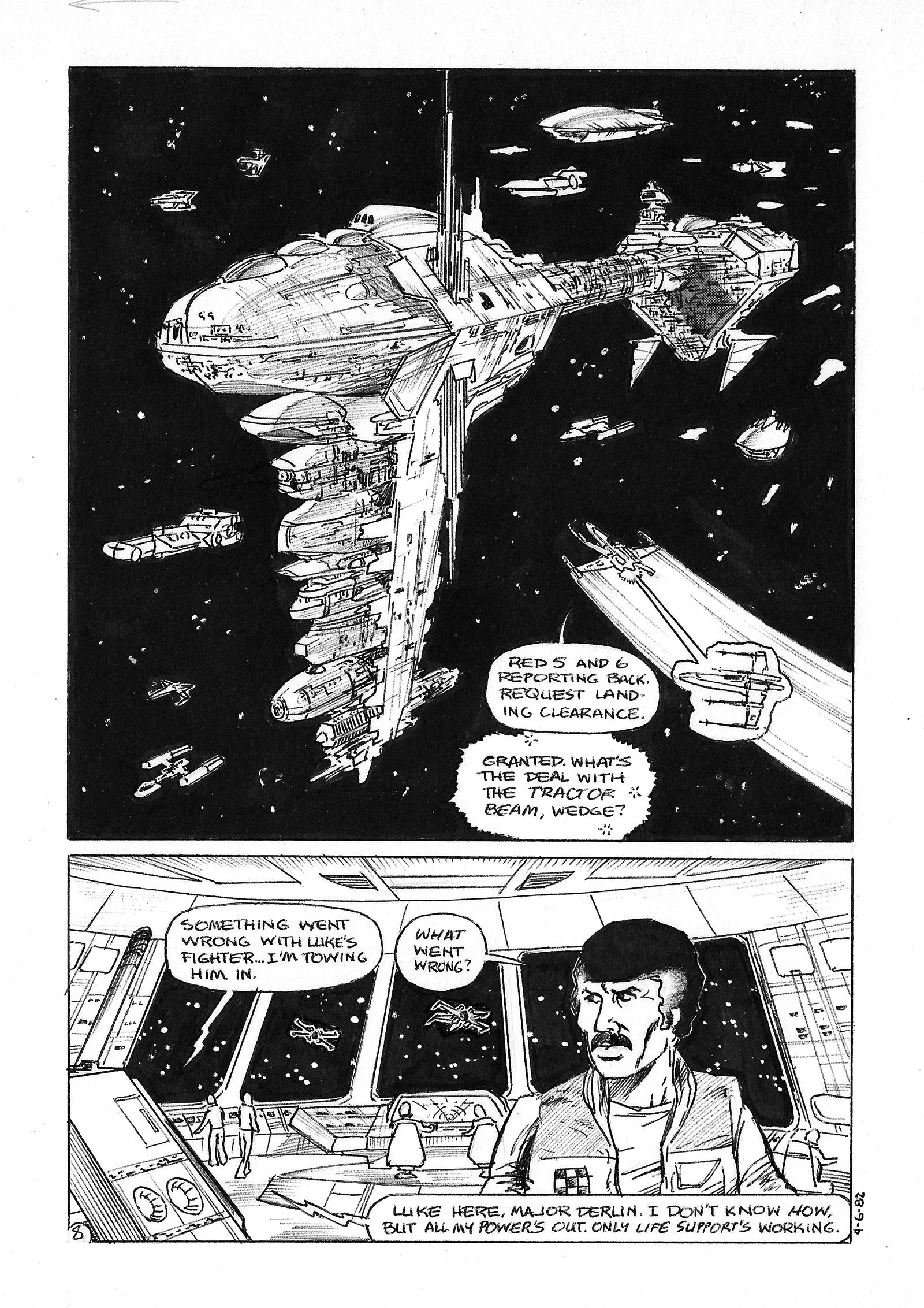 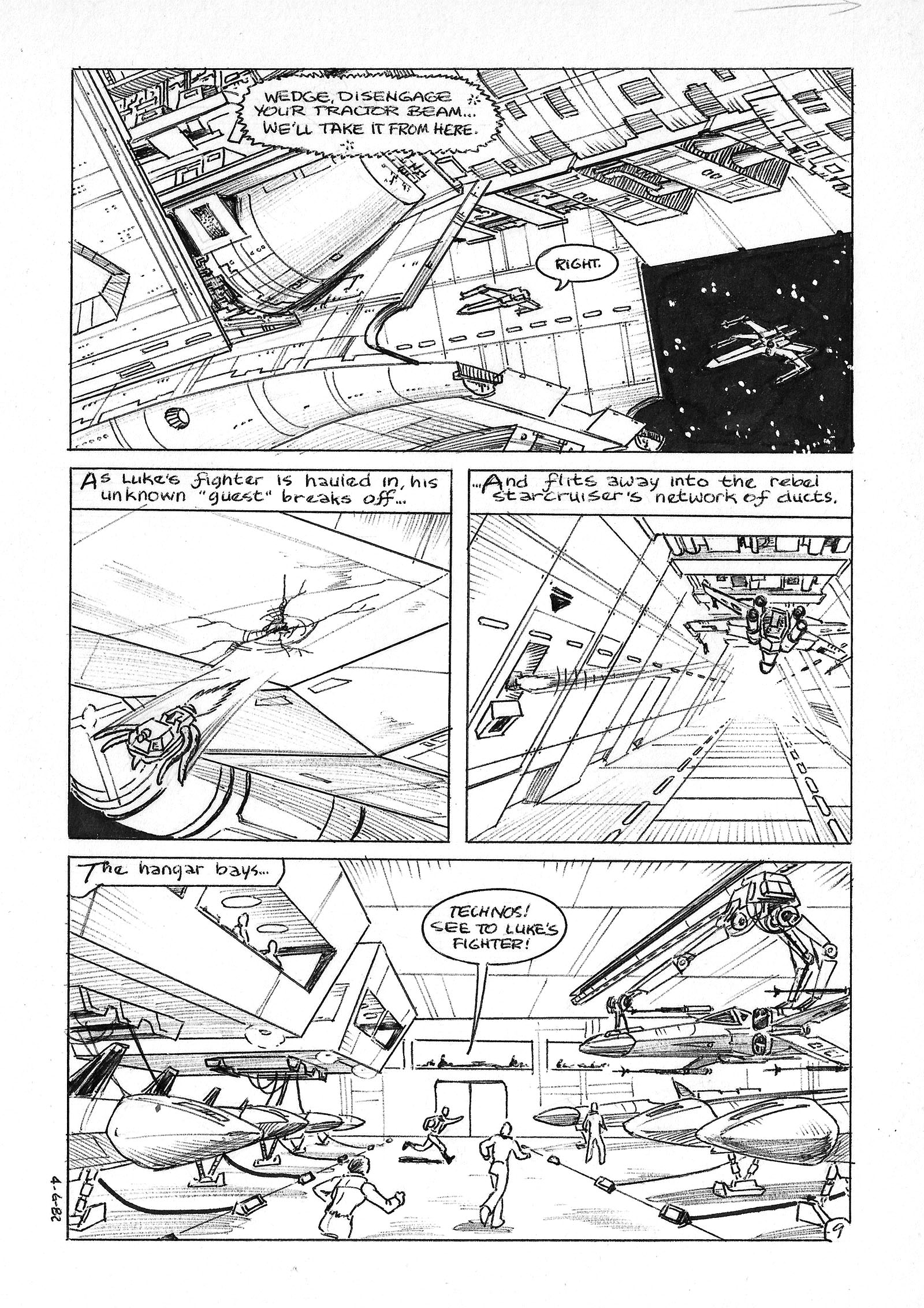 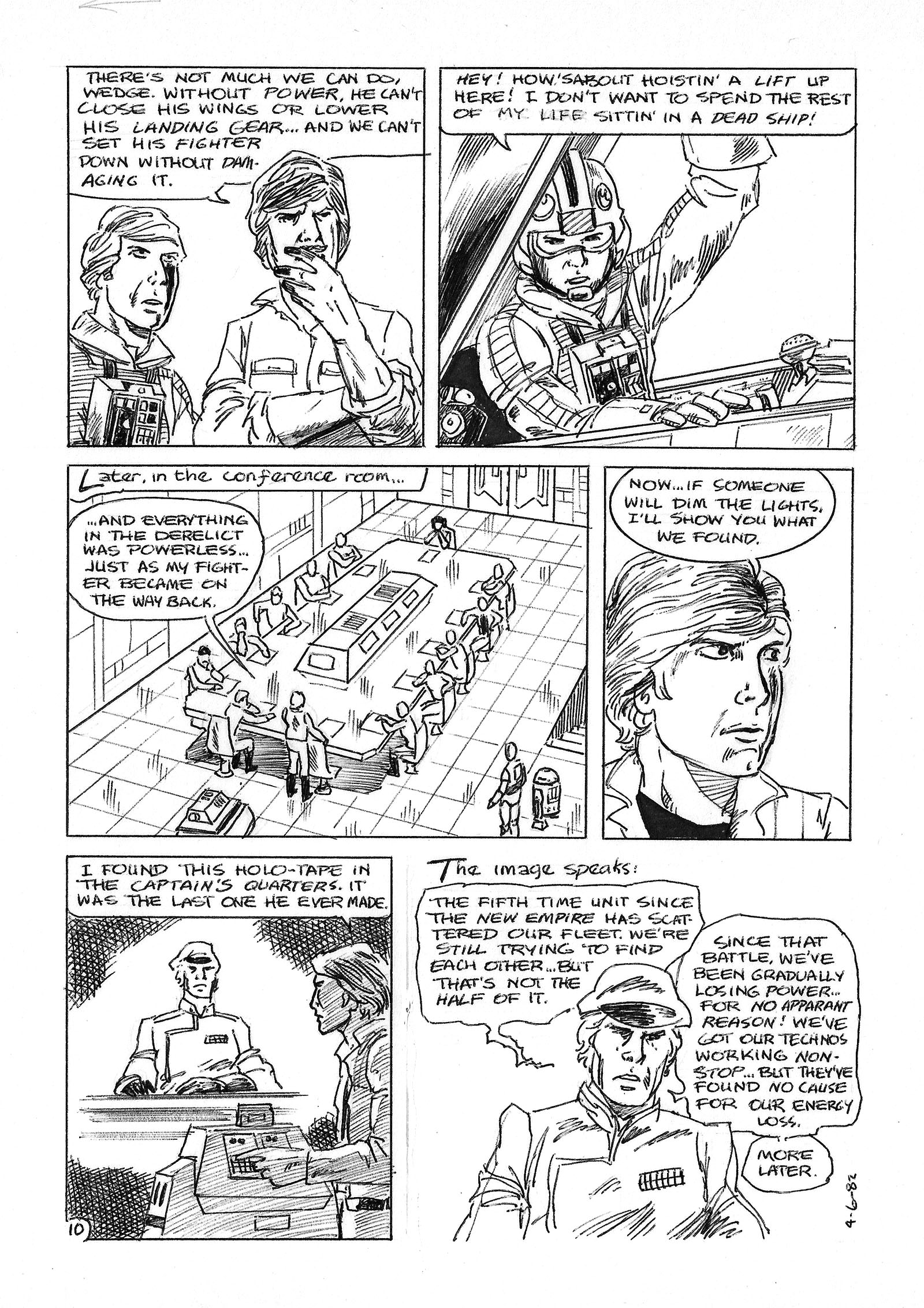 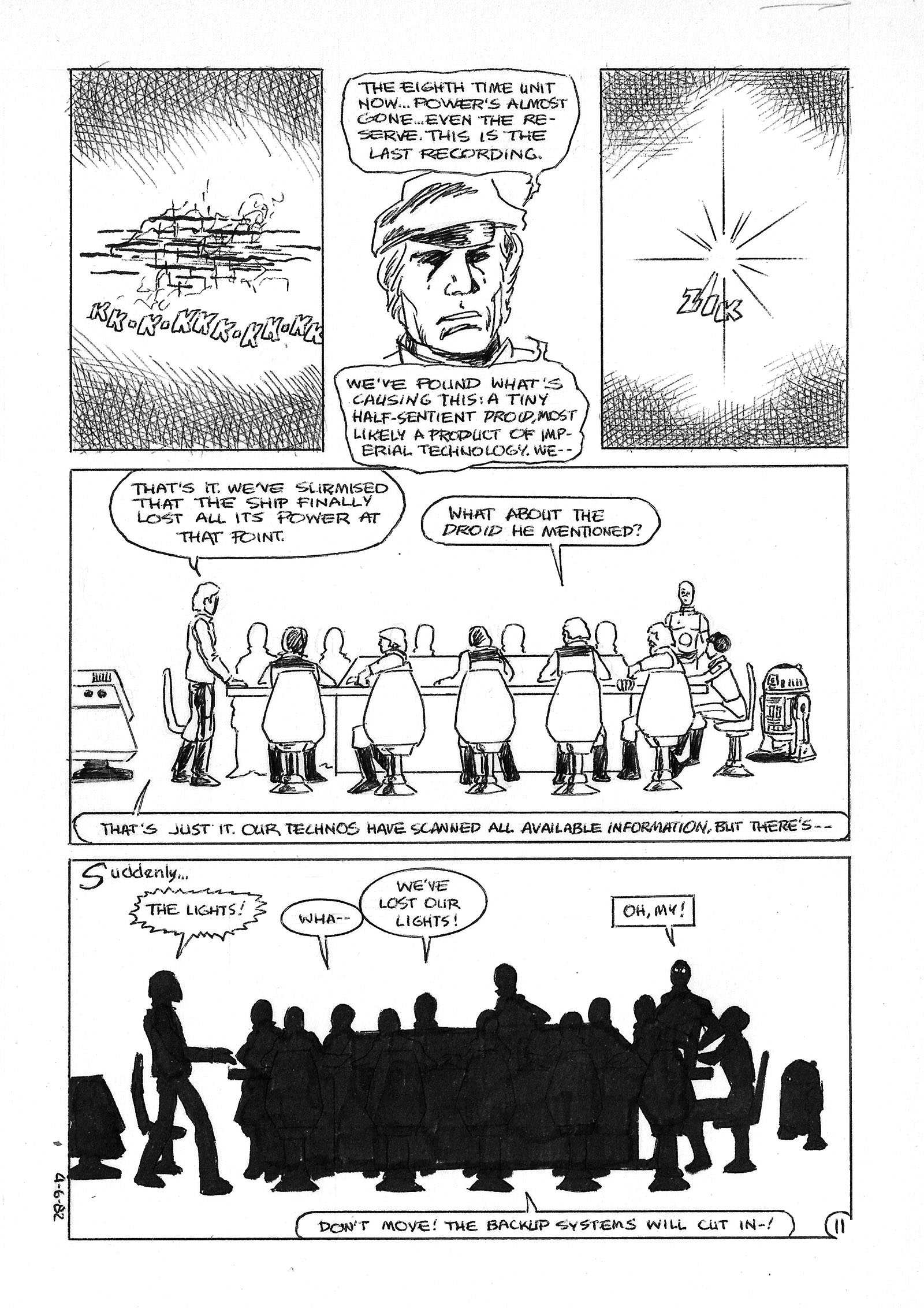 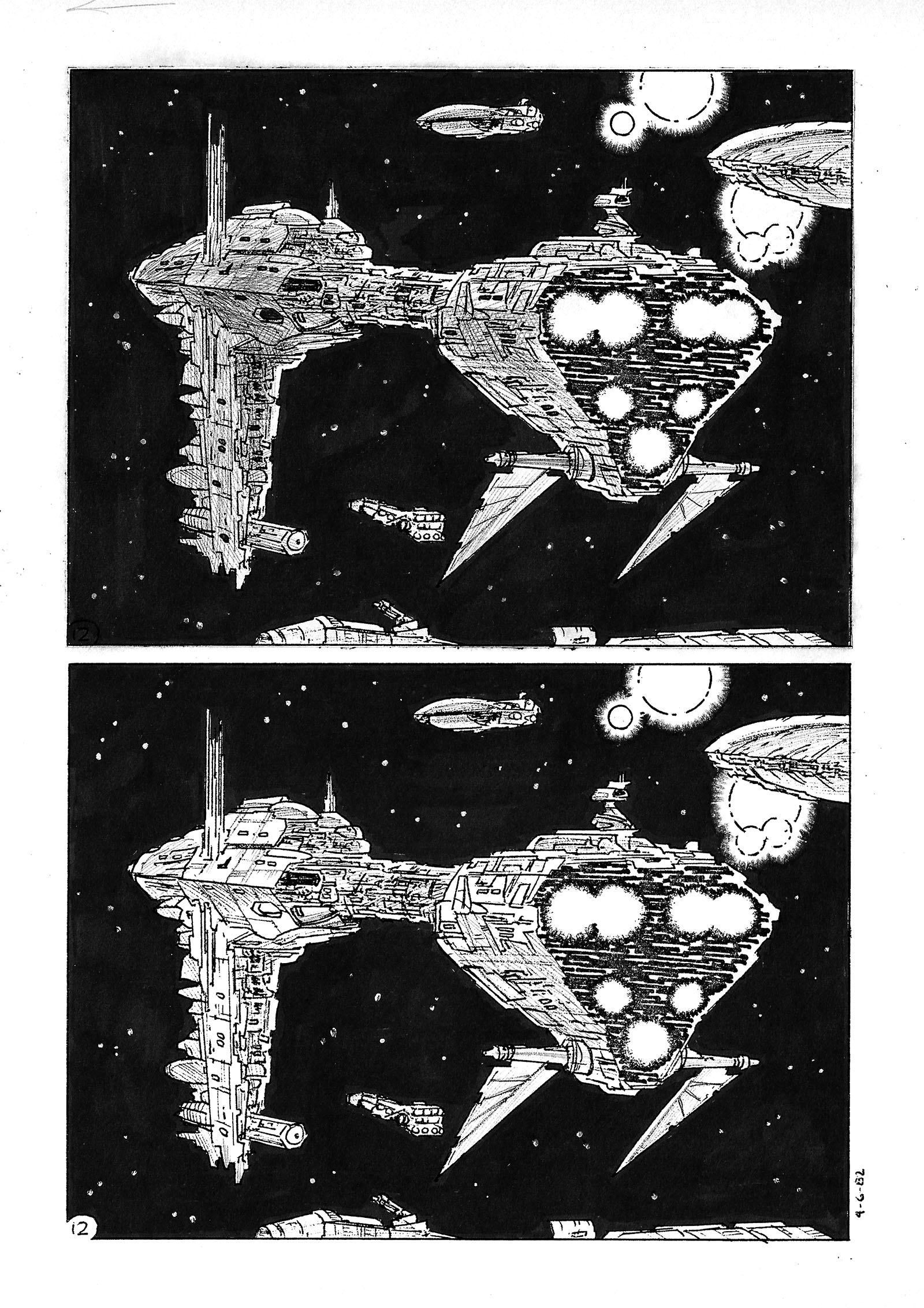 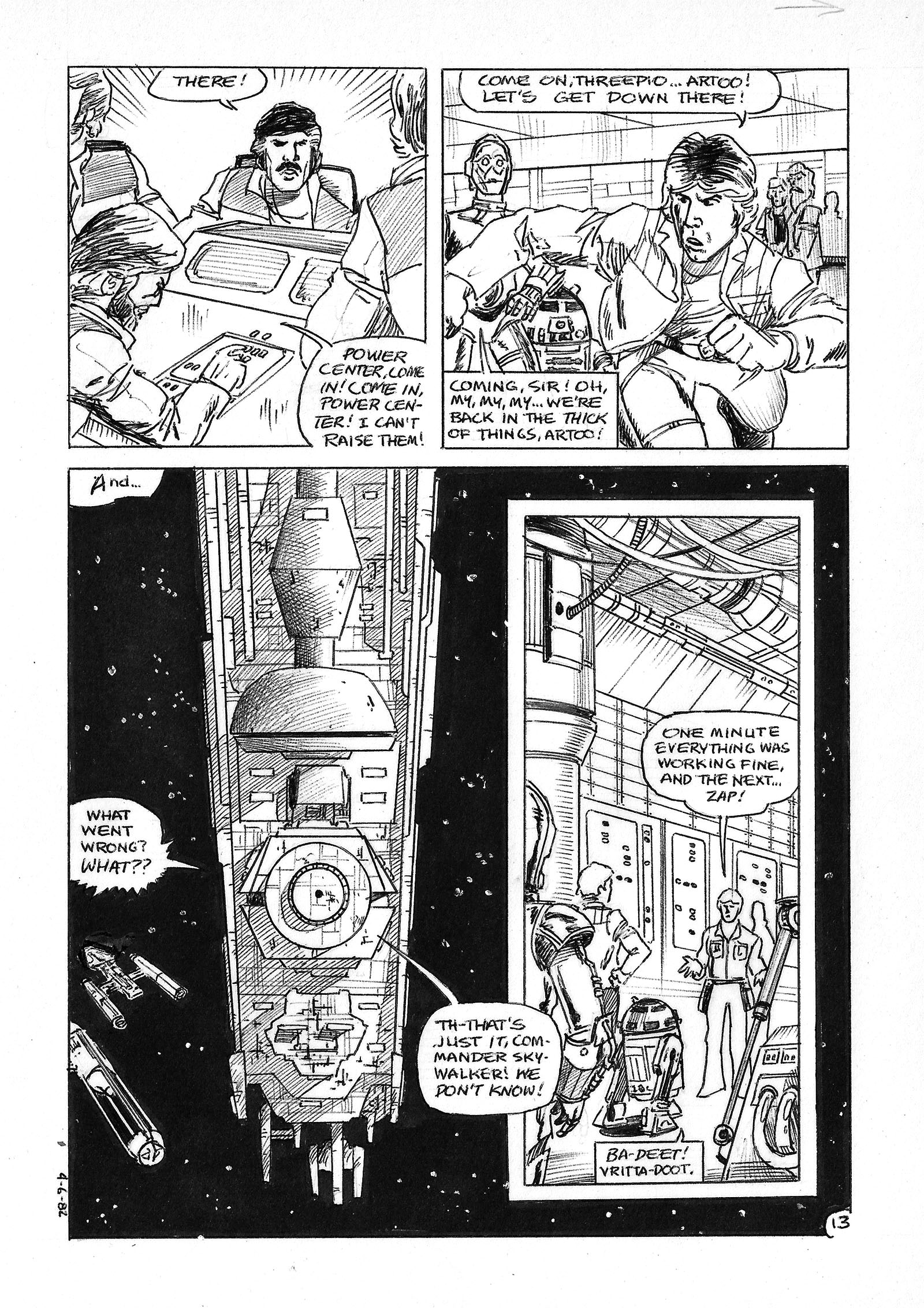 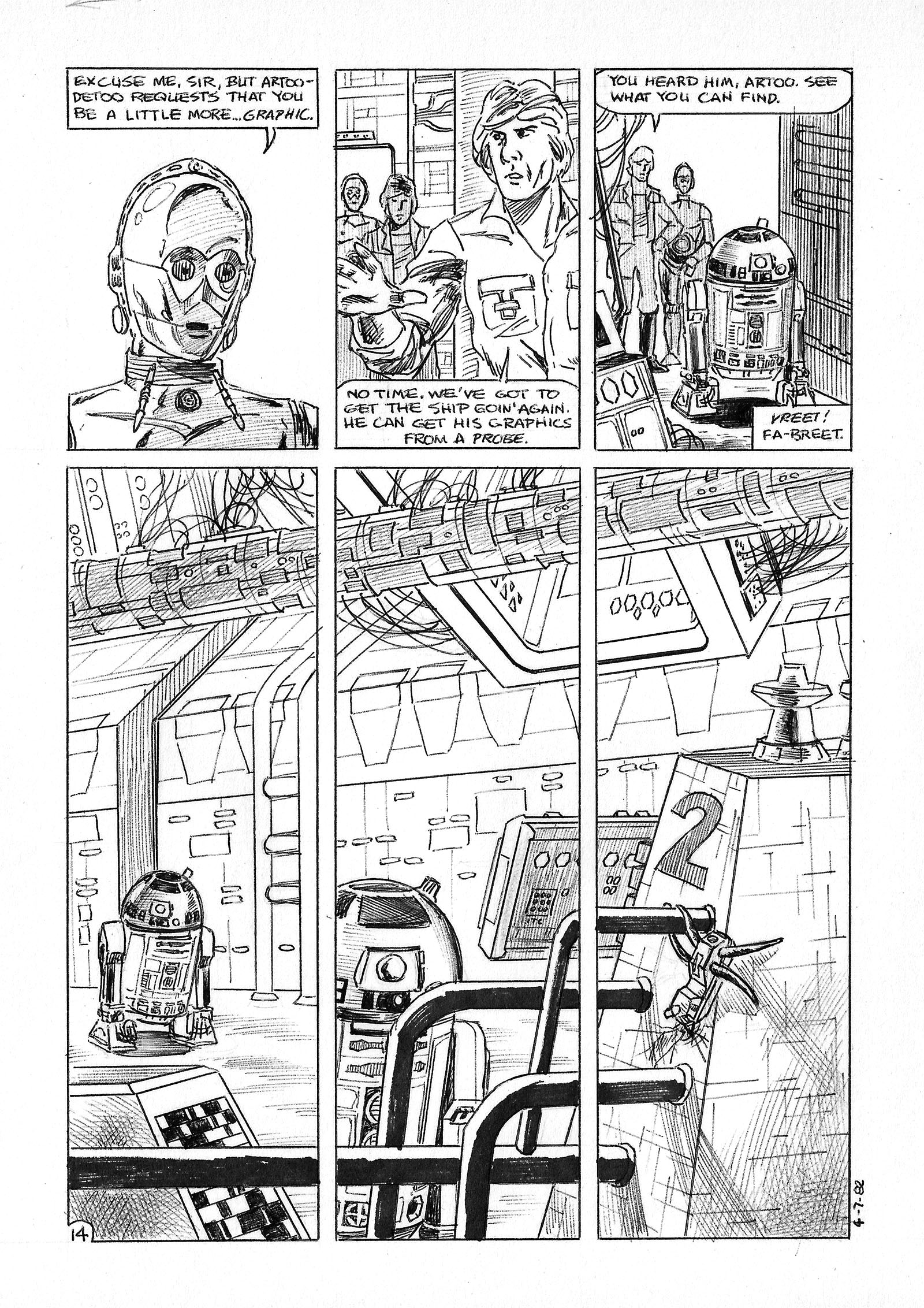 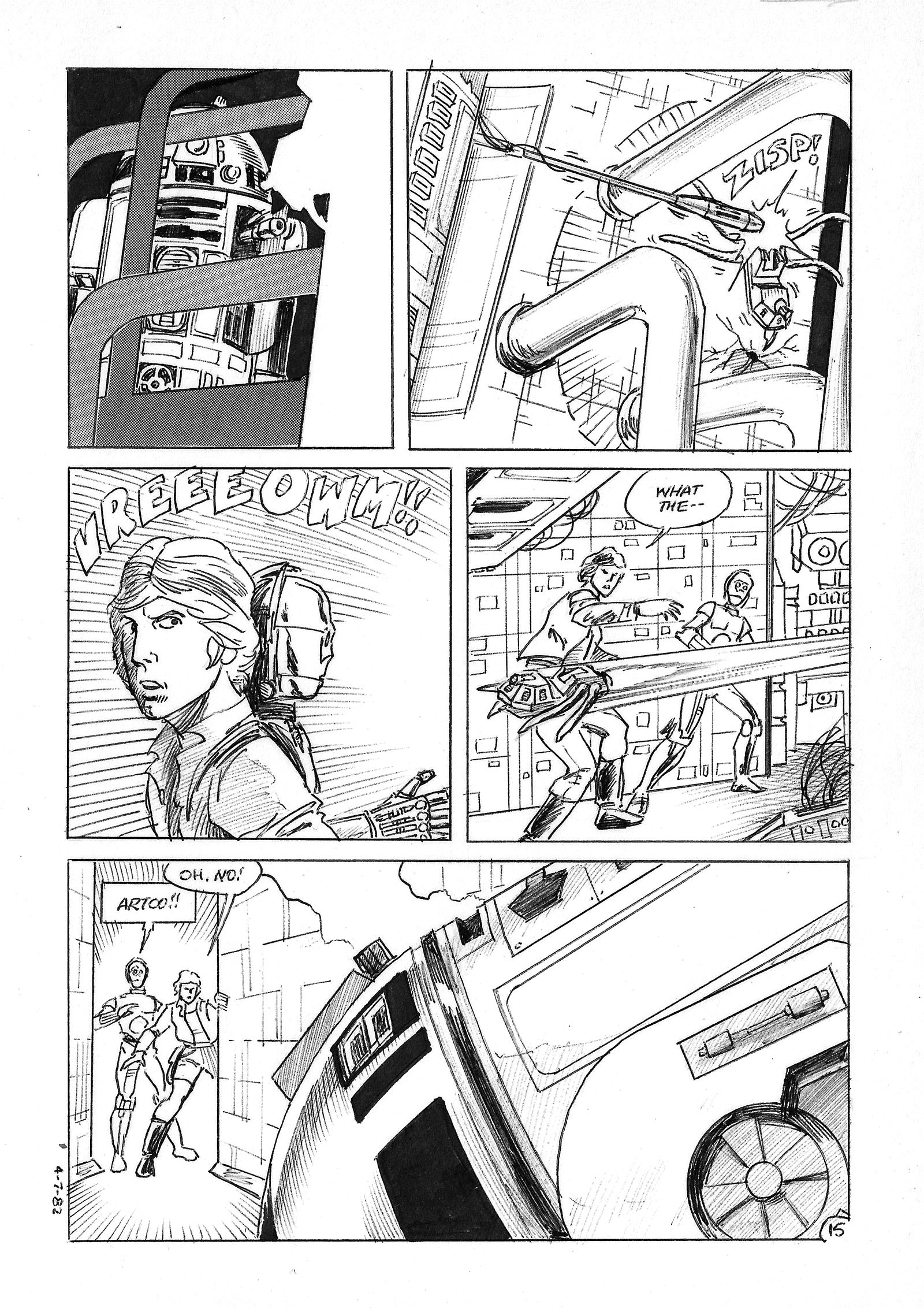 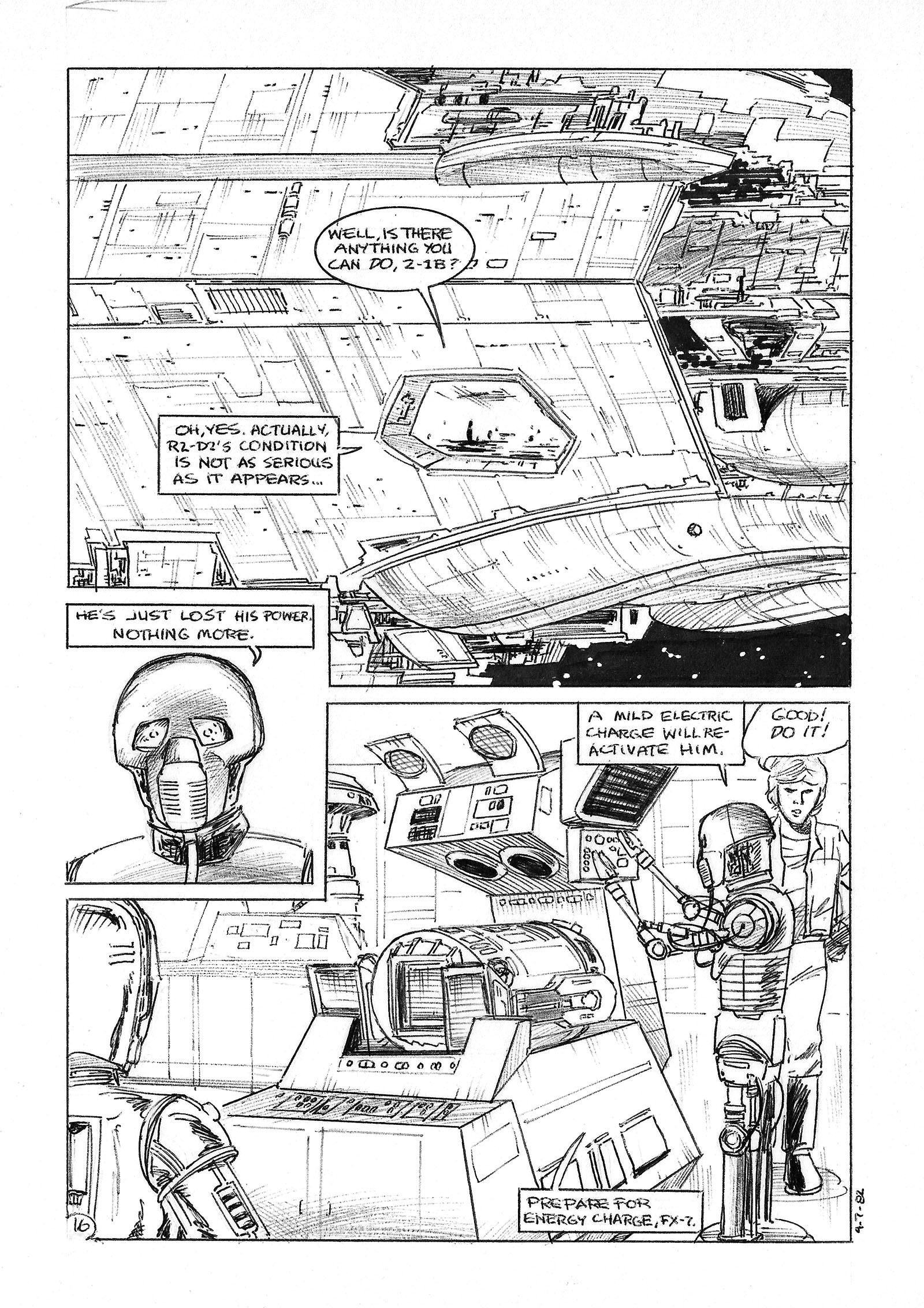 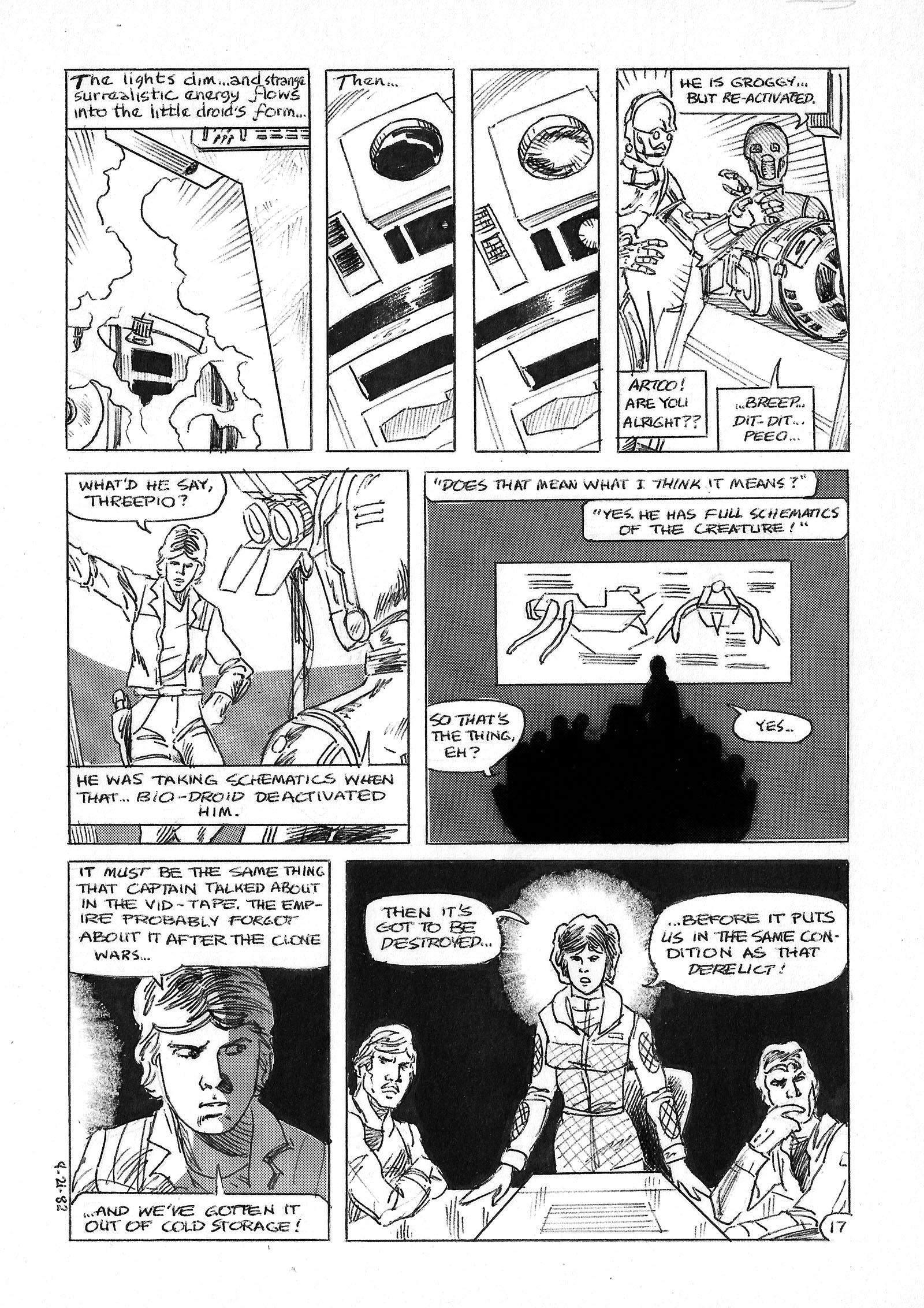 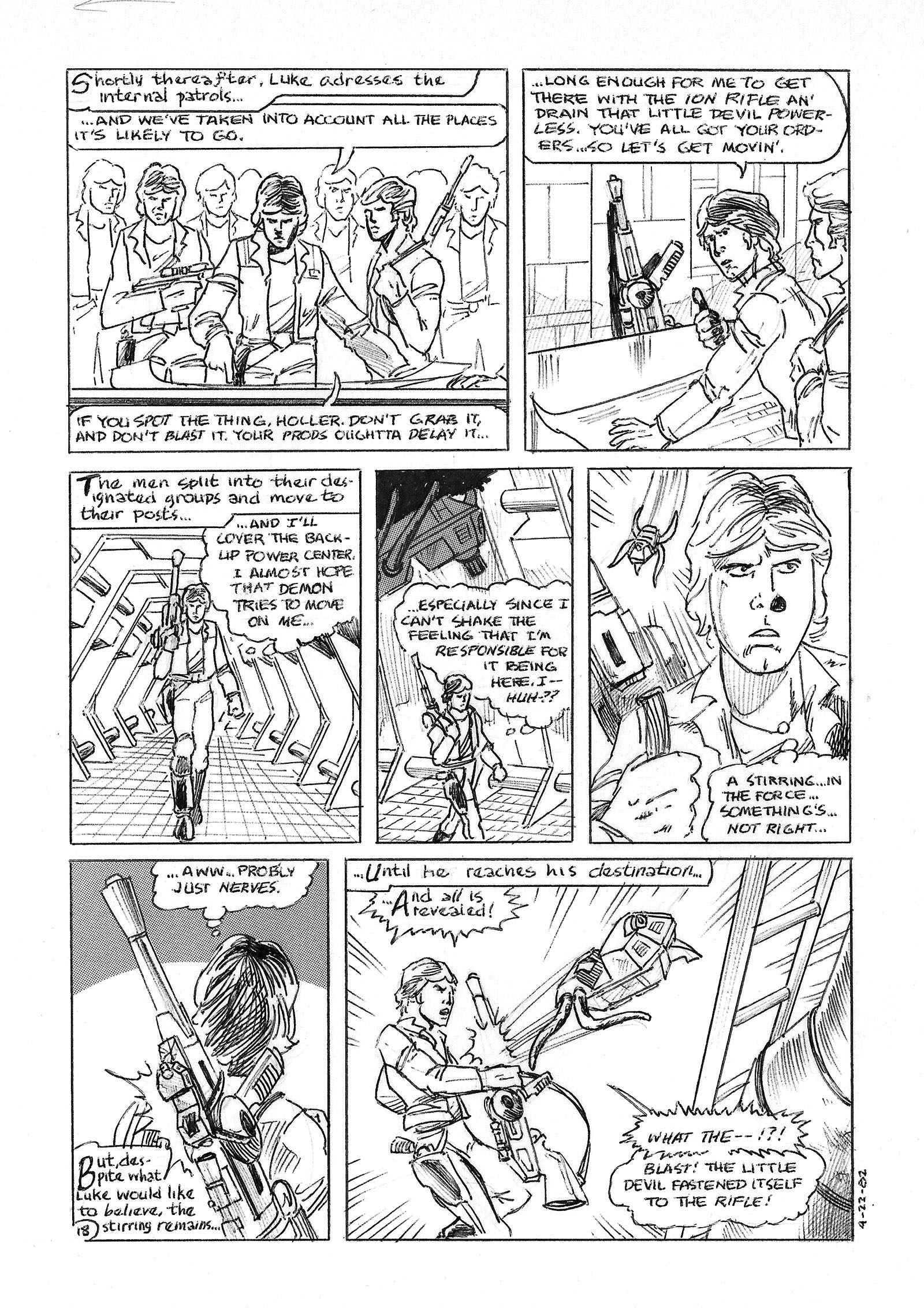 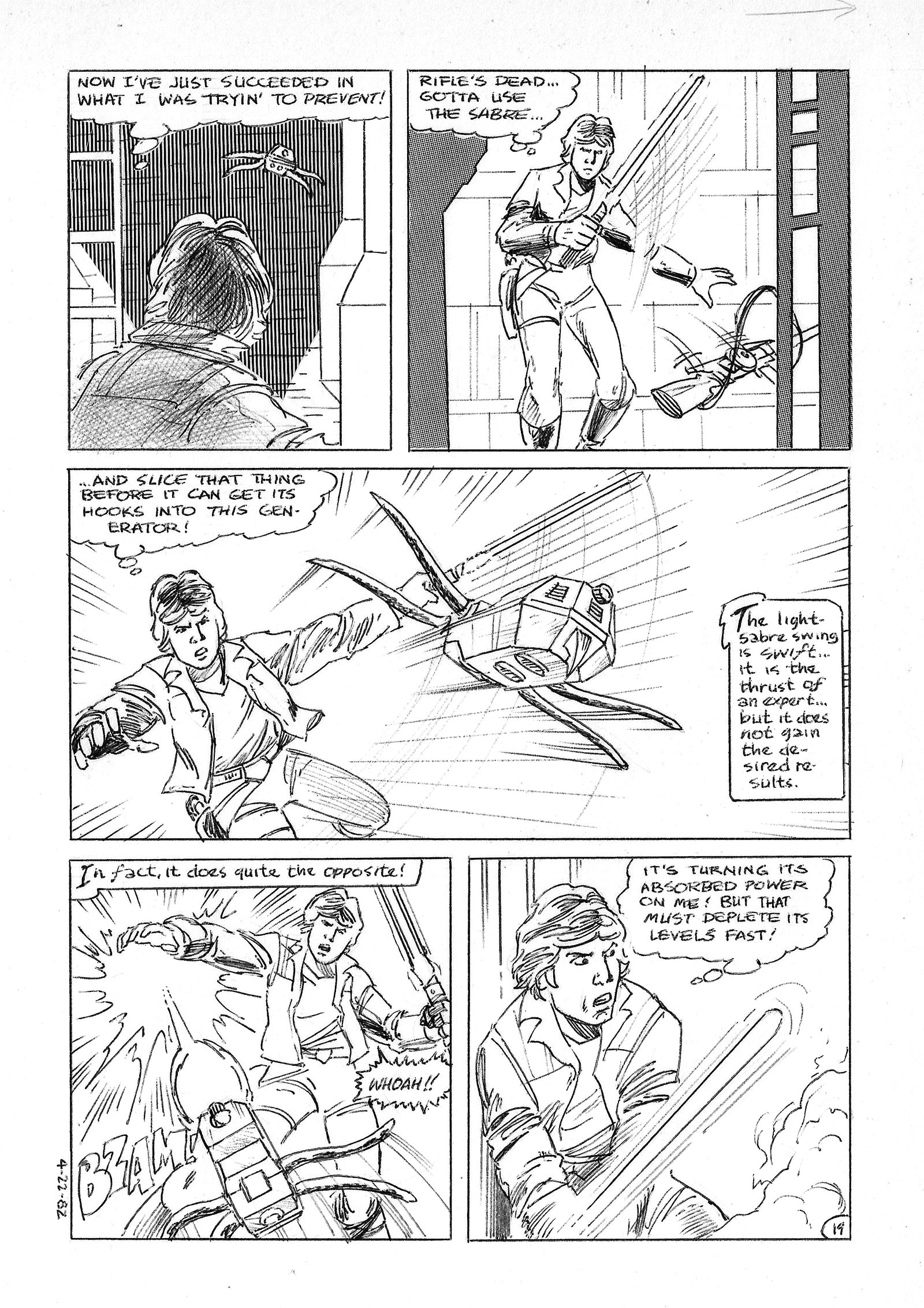 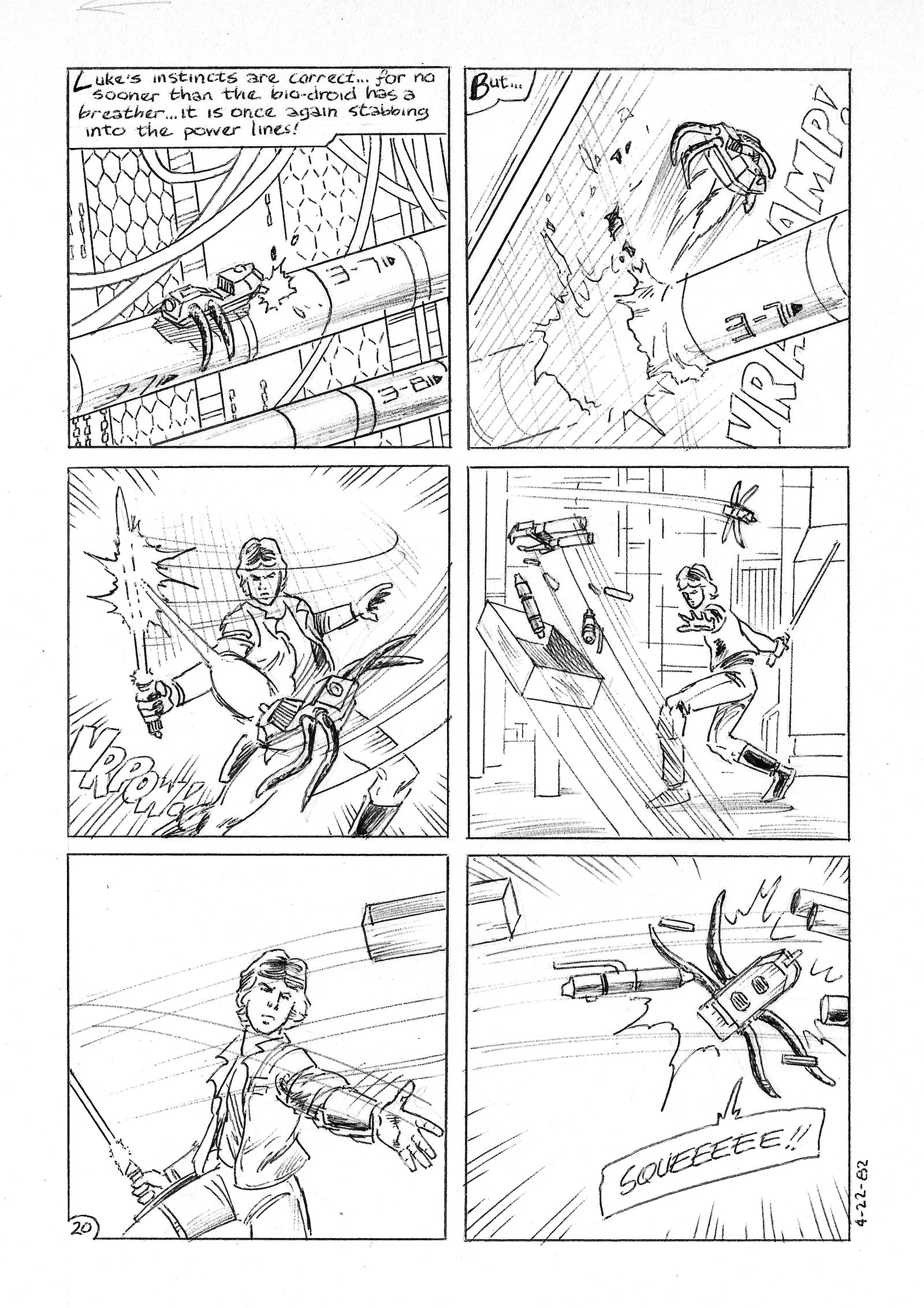 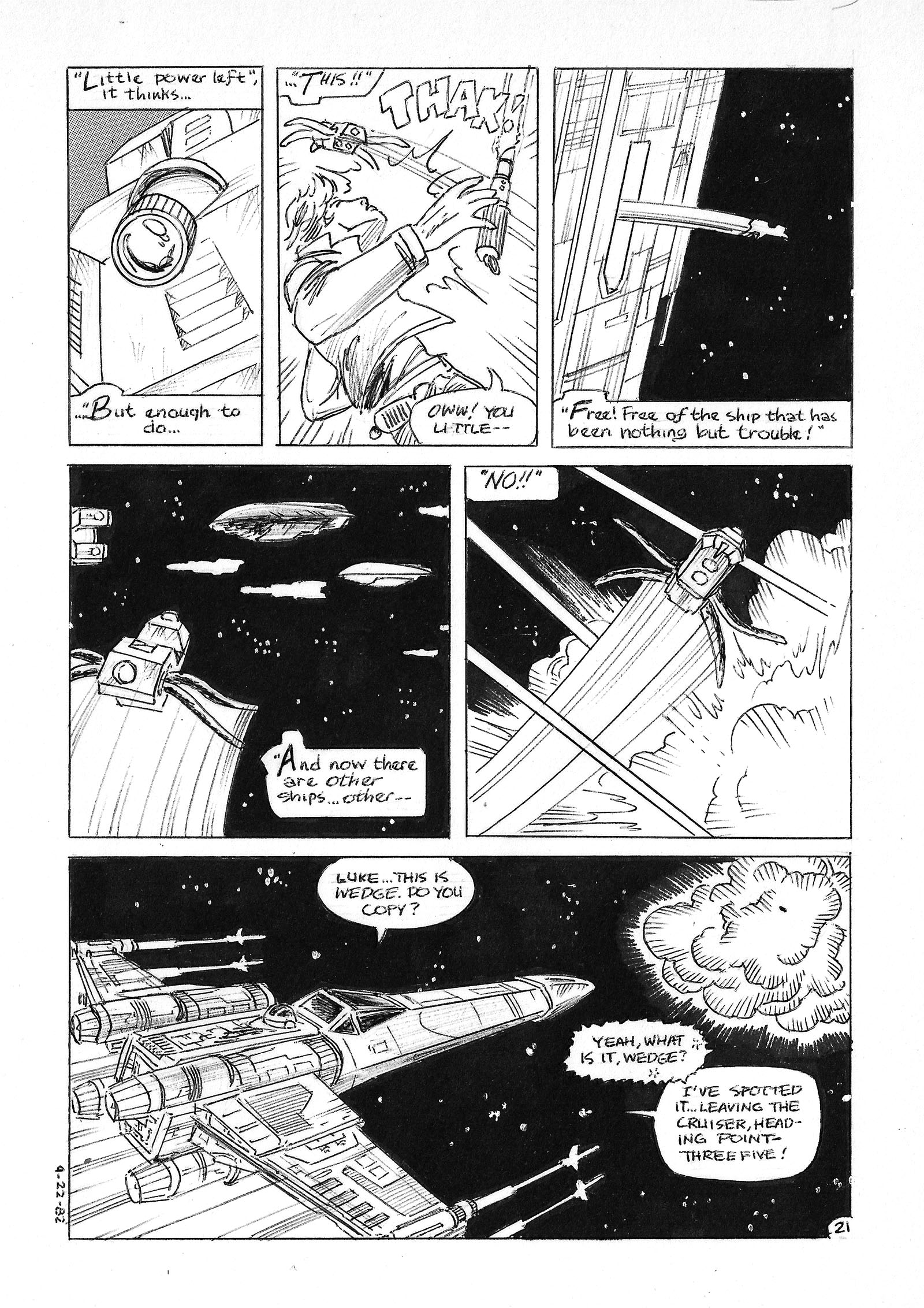 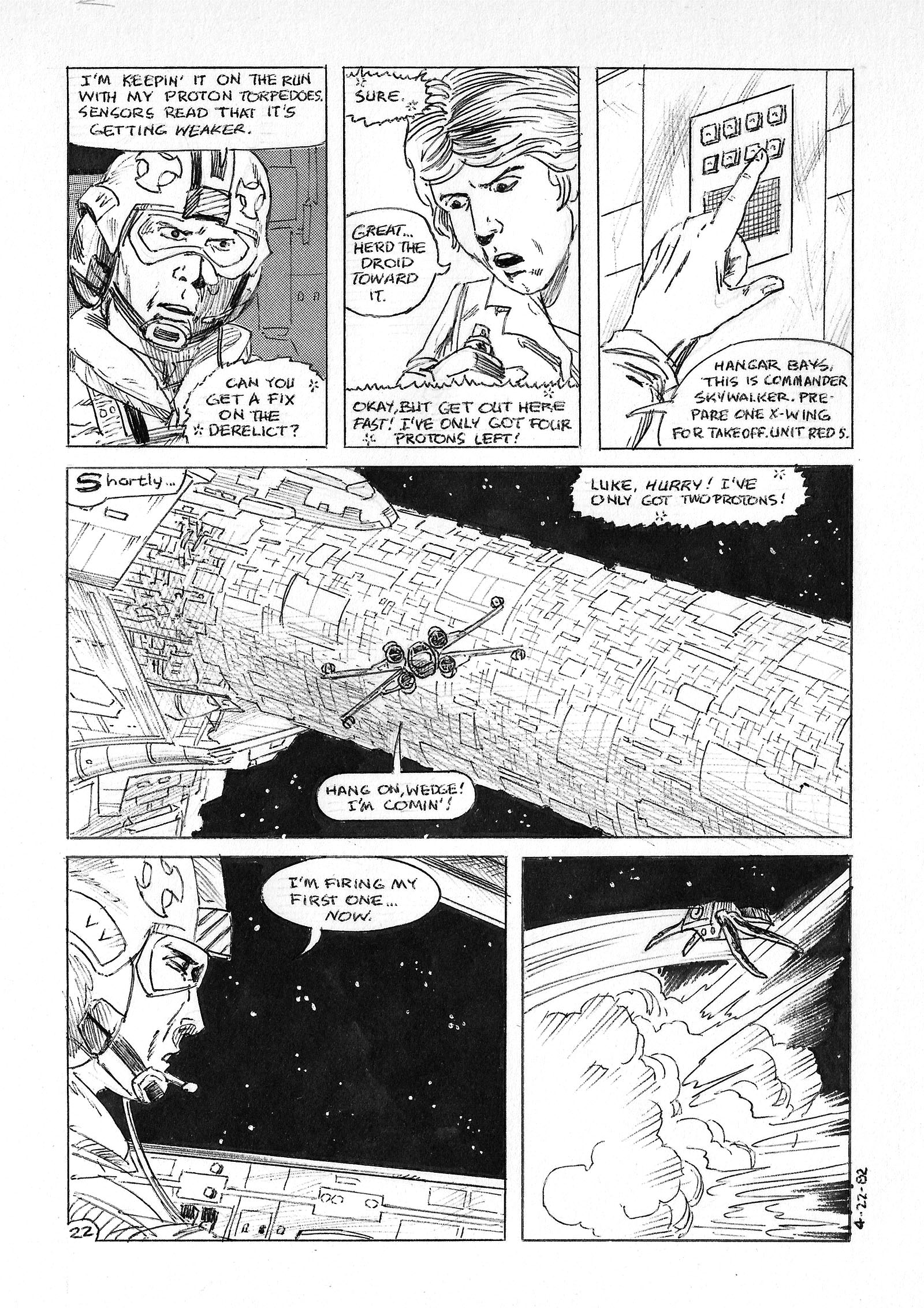 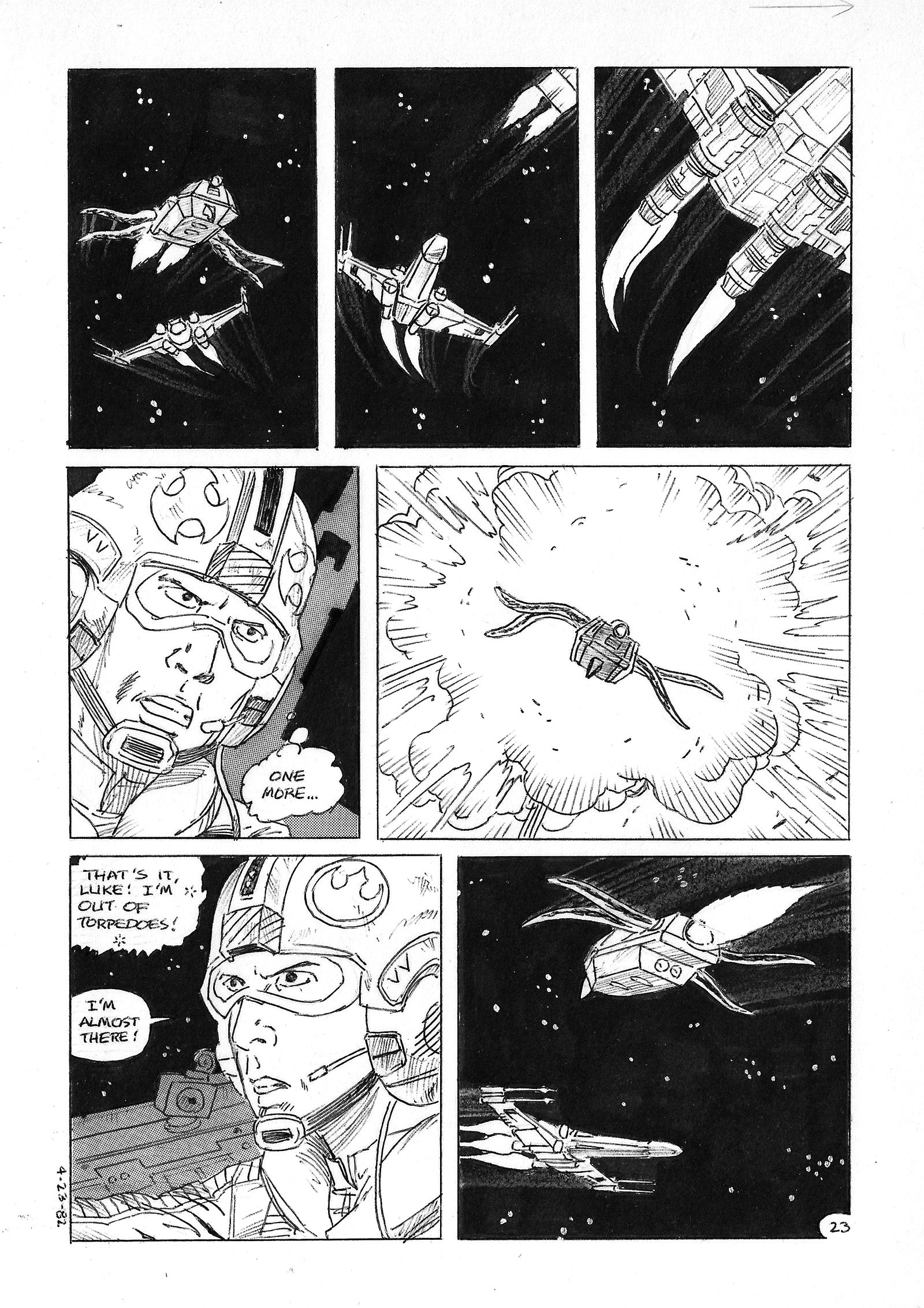 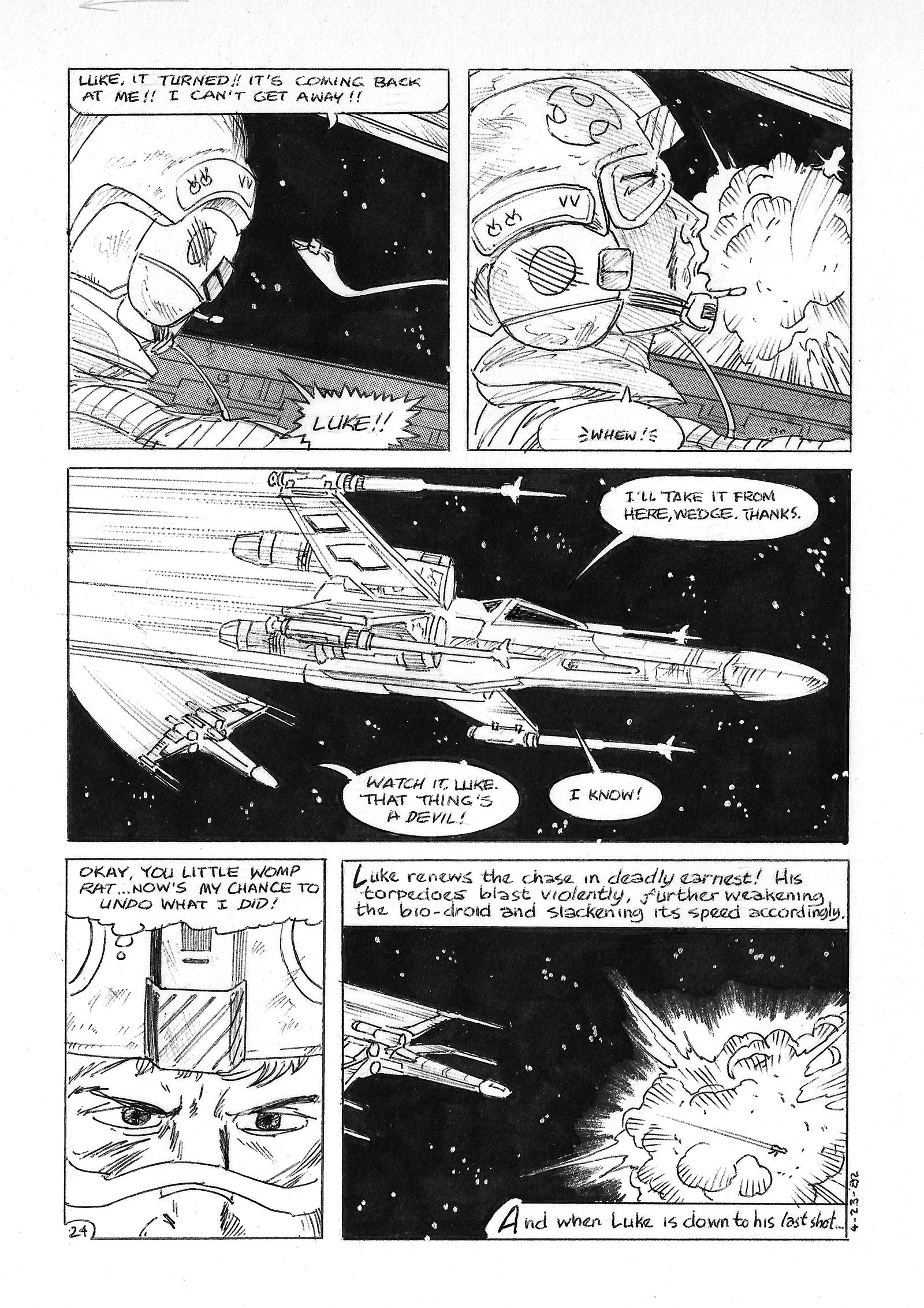 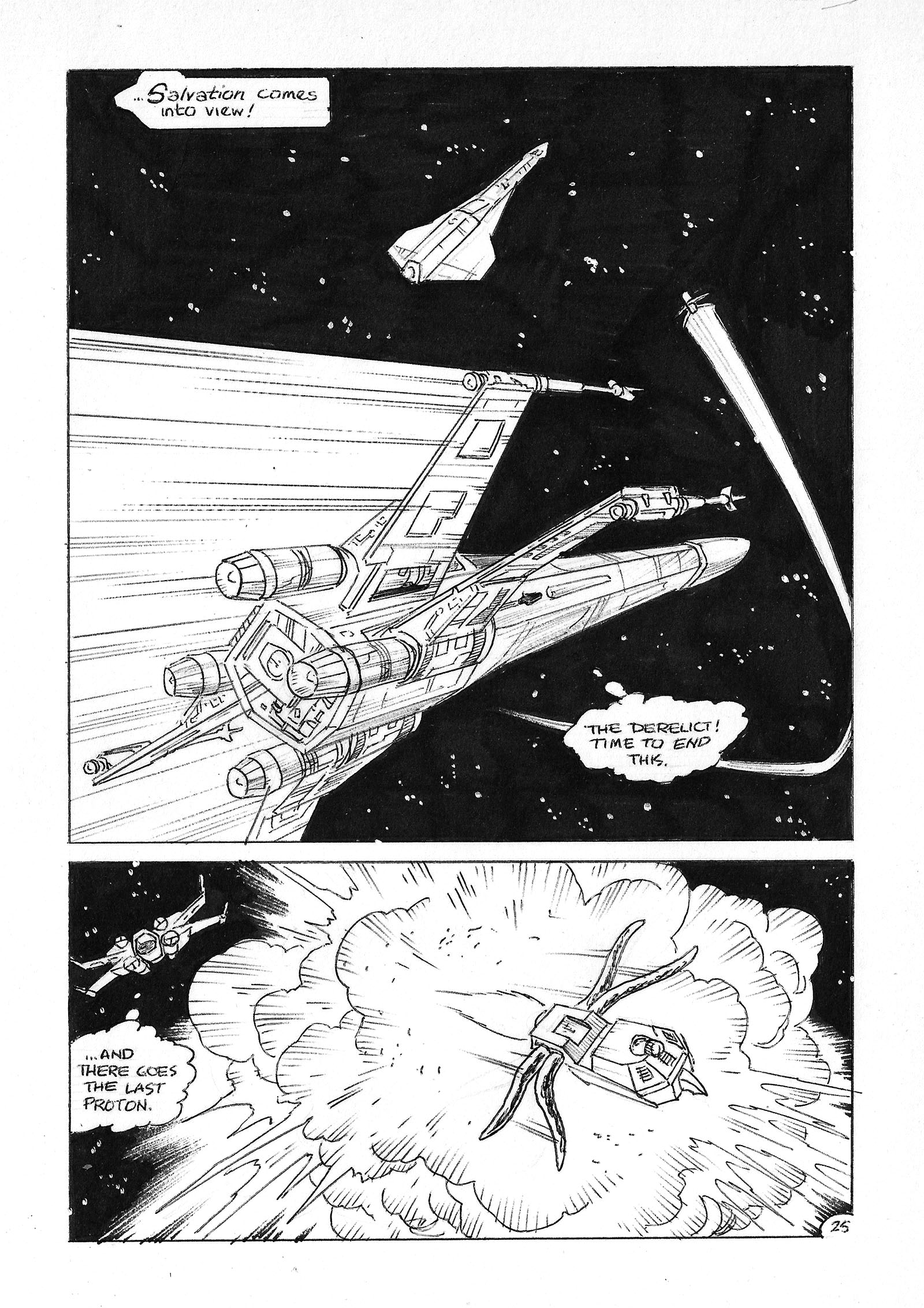 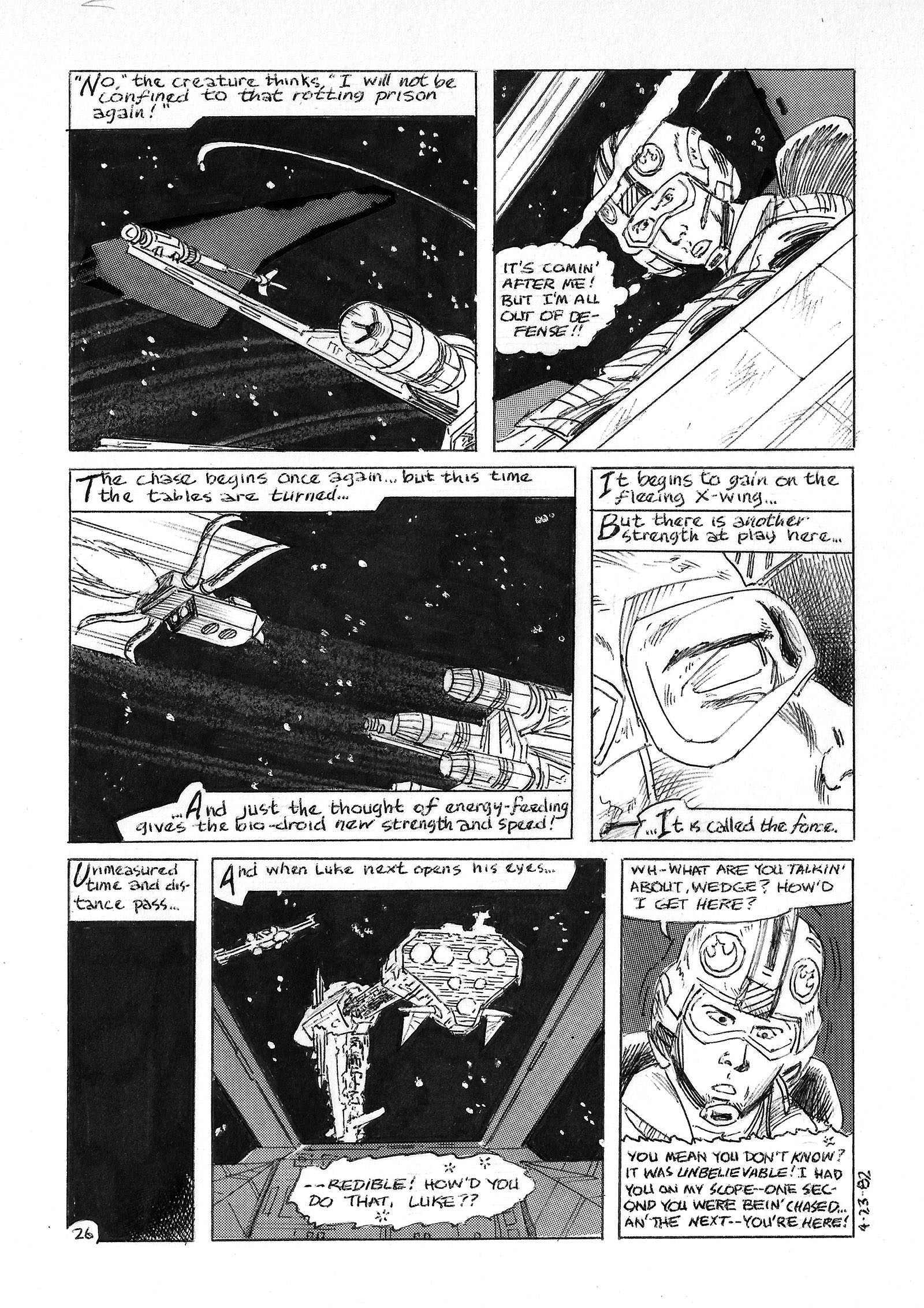 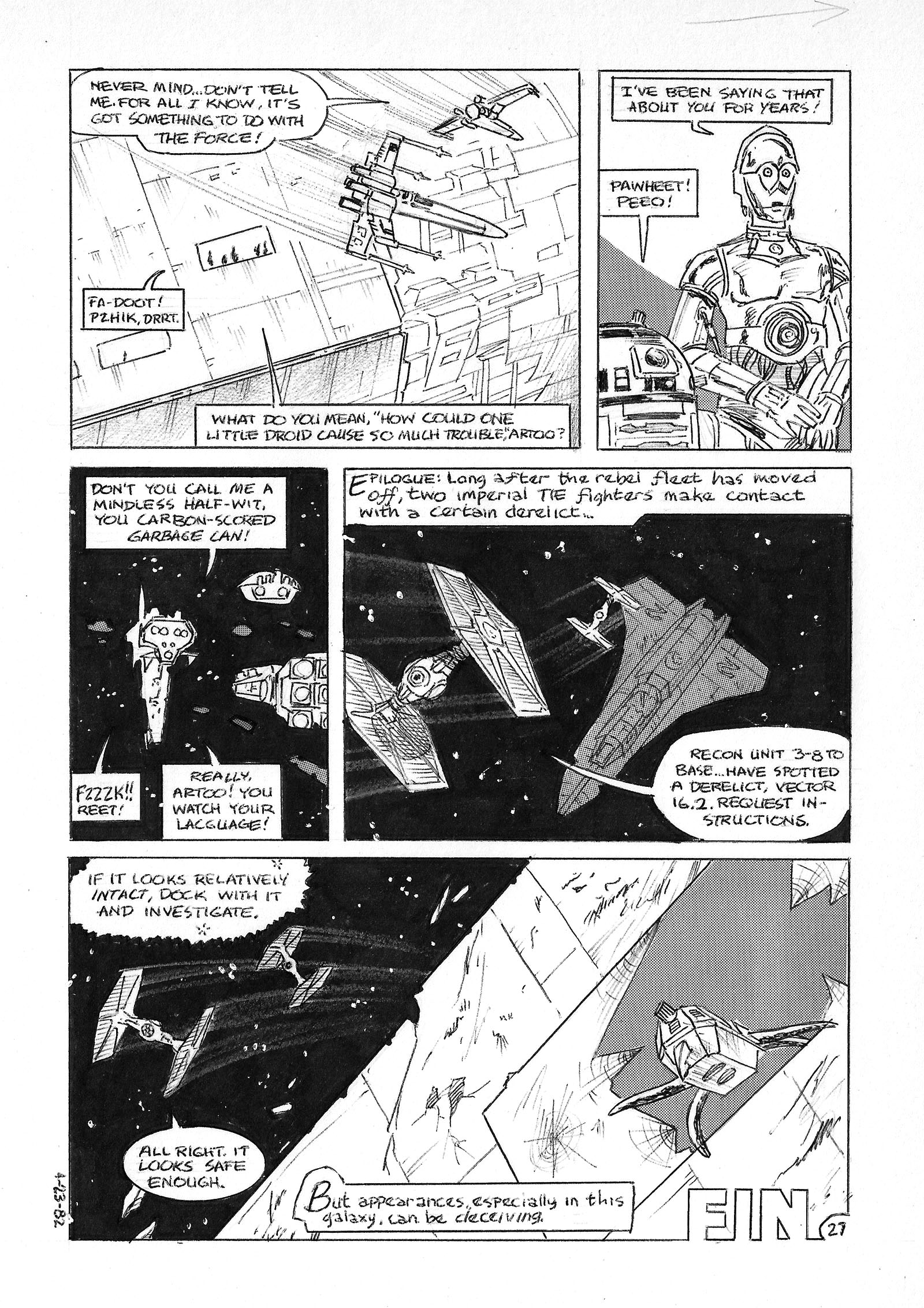