As a primary licensor of the movie, Kadokawa got a big jump in pre-release publishing. Along with Bandai, they released several books leading up to the July 1989 premiere and a few in its wake. As far as I’m aware, this is the entire Gunhed library. Japanese titles are included for search purposes.

Three novels by author Noboru Aikawa could be found during the runup to the premiere. The first two were titled Silver Light Madness and Hunter of the Vermillion Wilderness. Set before the film, they featured a Gunhed prototype on an Earth colony planet named Izumo (an ancient Japanese word for “promised land”). Aikawa’s third novel adapted the movie, shifting some background details to maintain continuity with his first two. Izumo turns out to be one of many colony planets all under computer control with Kyron 5 as one of the hubs. After the events of the first two books, Kyron 5 decides humanity is unmanageable and concludes in favor of genocide. 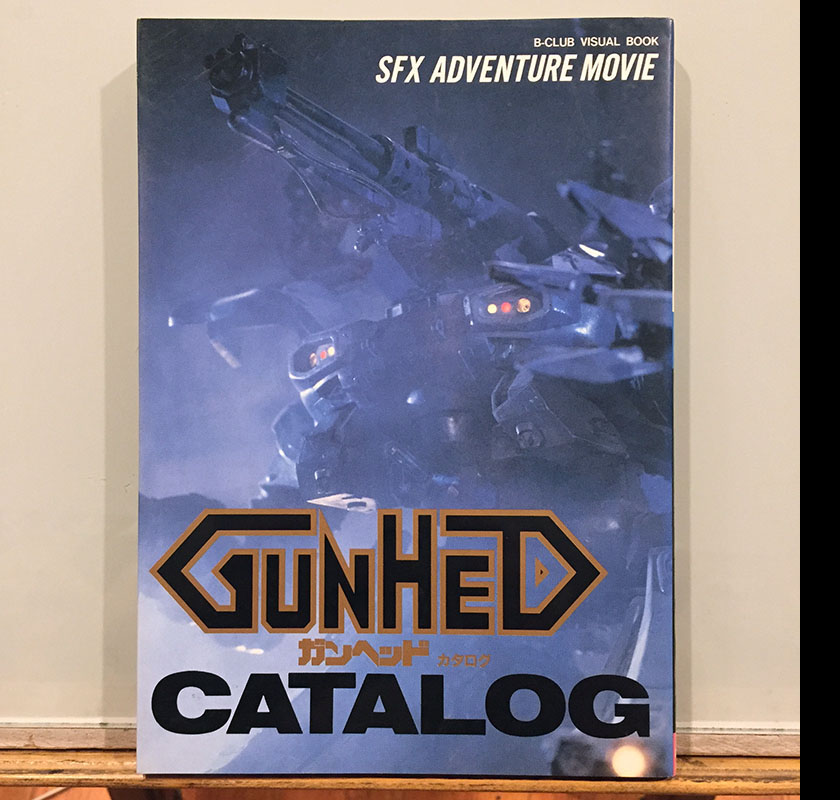 A substantial photo collection of models, props, costumes, sets, and everything else created for the film. 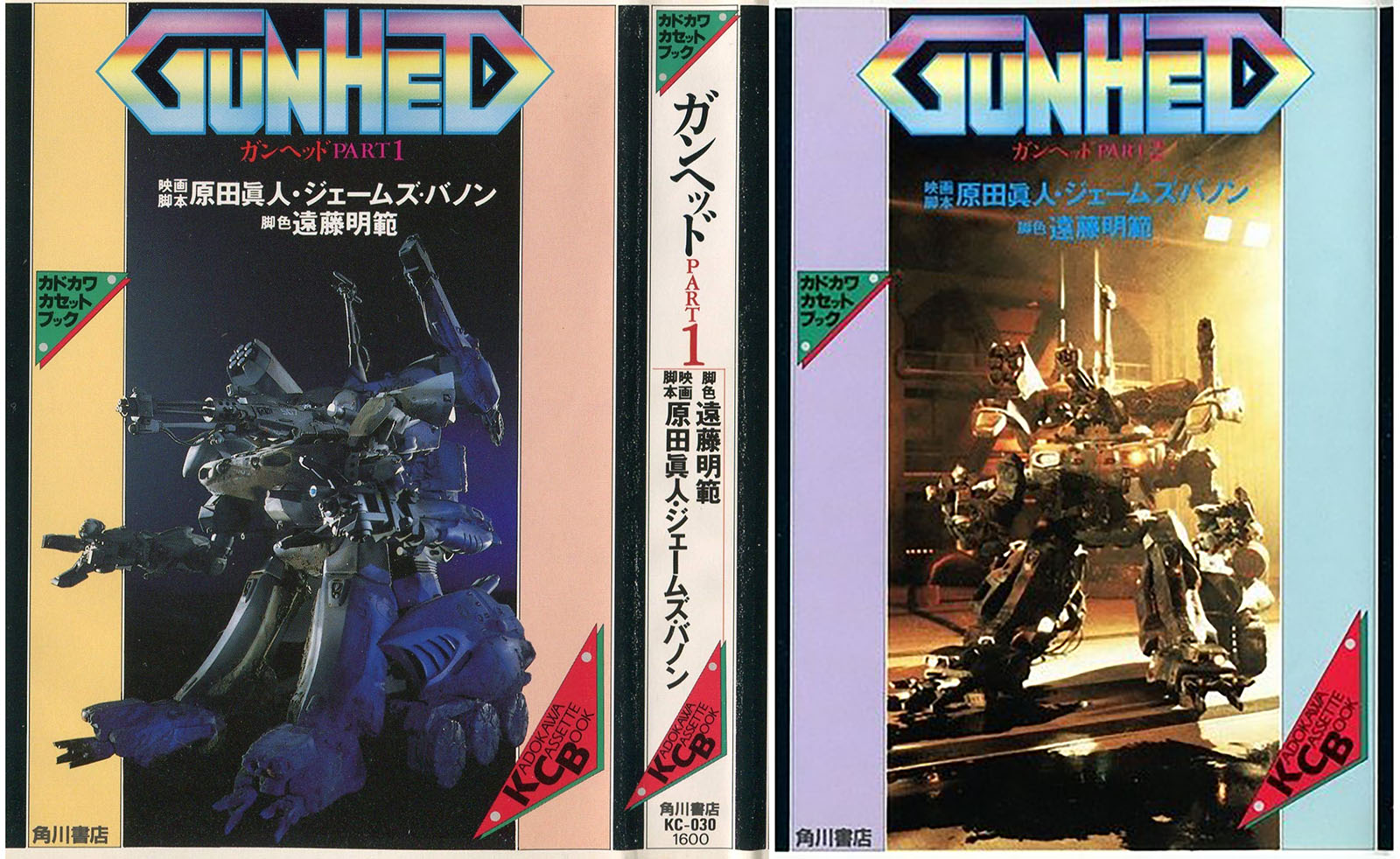 A dramatic reading (in radio play format) of the script featuring some of the actors with sound effects and music from the film. 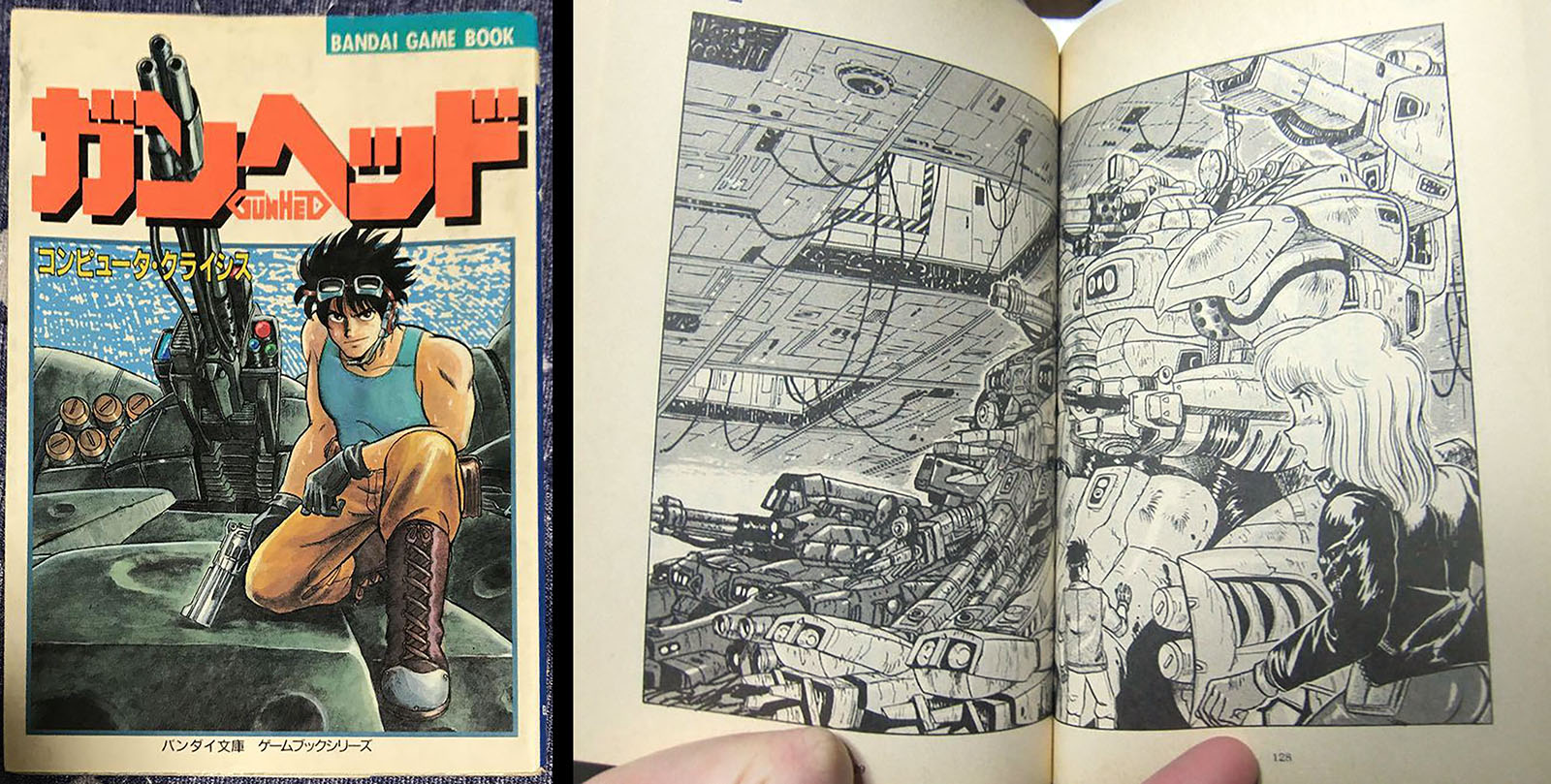 An illustrated choose-your-own-path game book taking readers through another version of the film story. 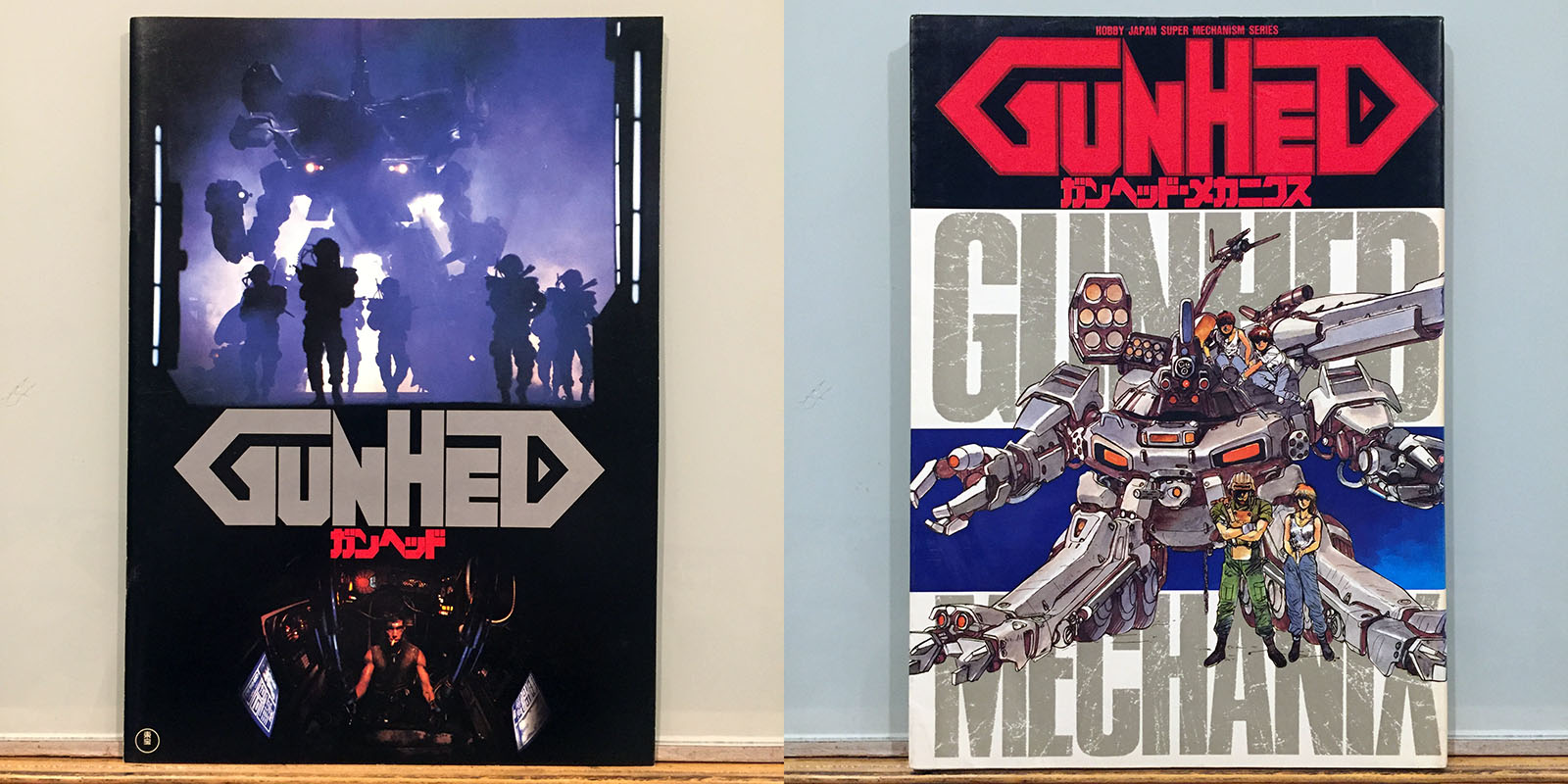 This was the program book sold in theaters at the time of release. See it from cover to cover with text translations here.

This is the “art of” book for Gunhed with a film story, a lot of in-universe material on robot evolution, and a huge collection of development and production art. 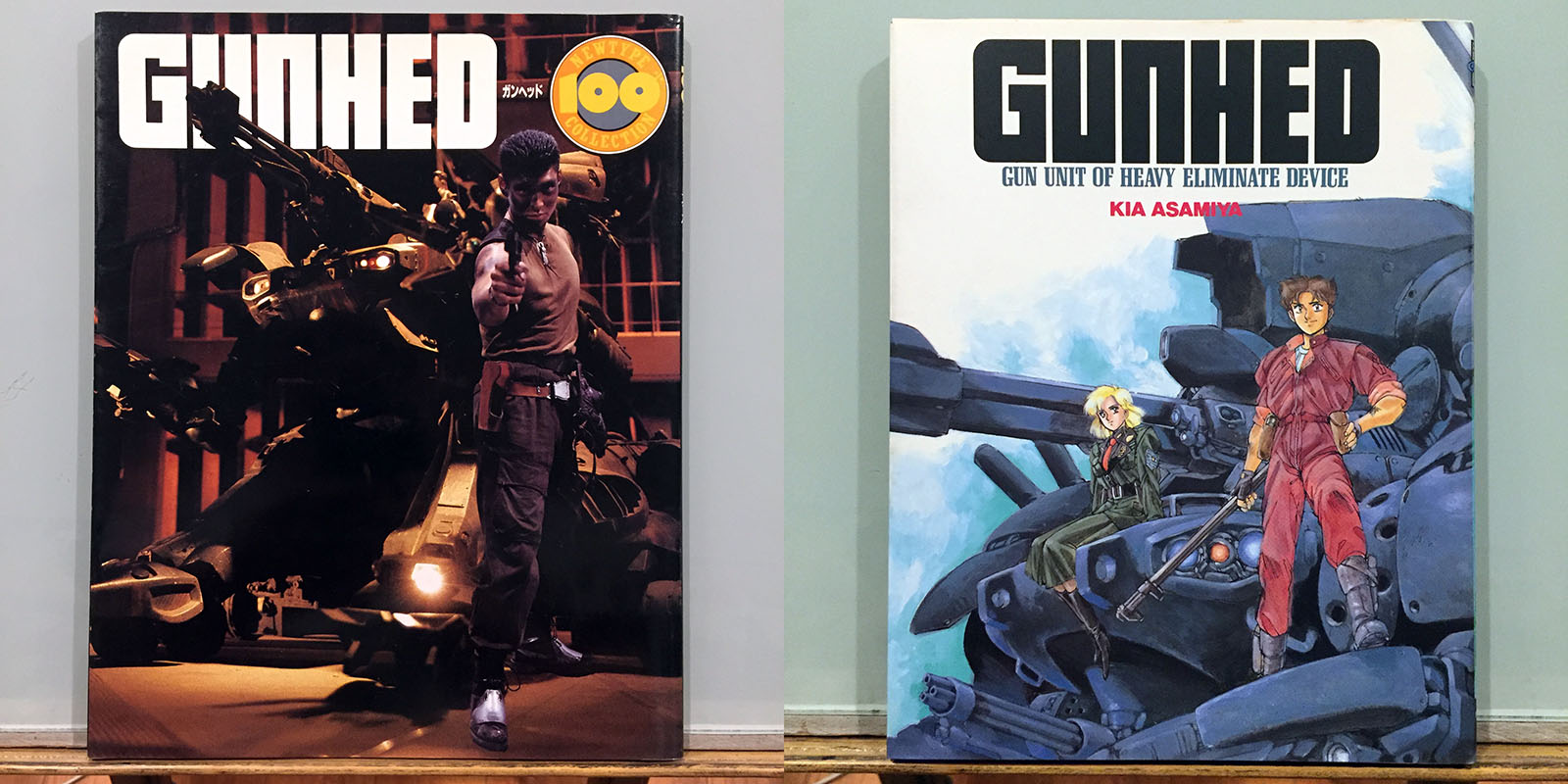 The entire manga by Kia Asamiya, originally serialized in NewType magazine. Includes a few color stills from the film and sketches by the artist. Read a somewhat janky fan translation of this edition here. See a flip-through of the Italian edition here. 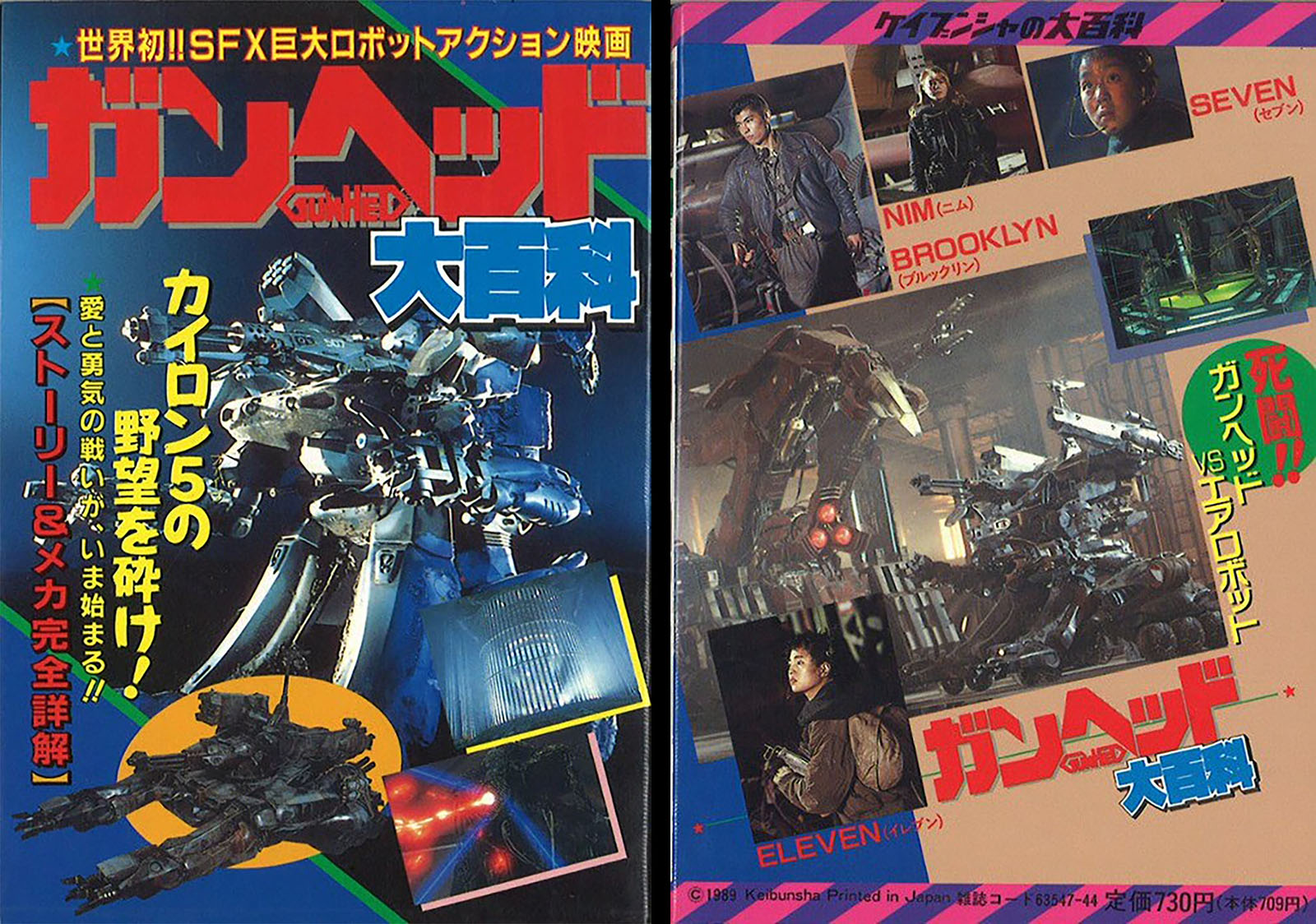 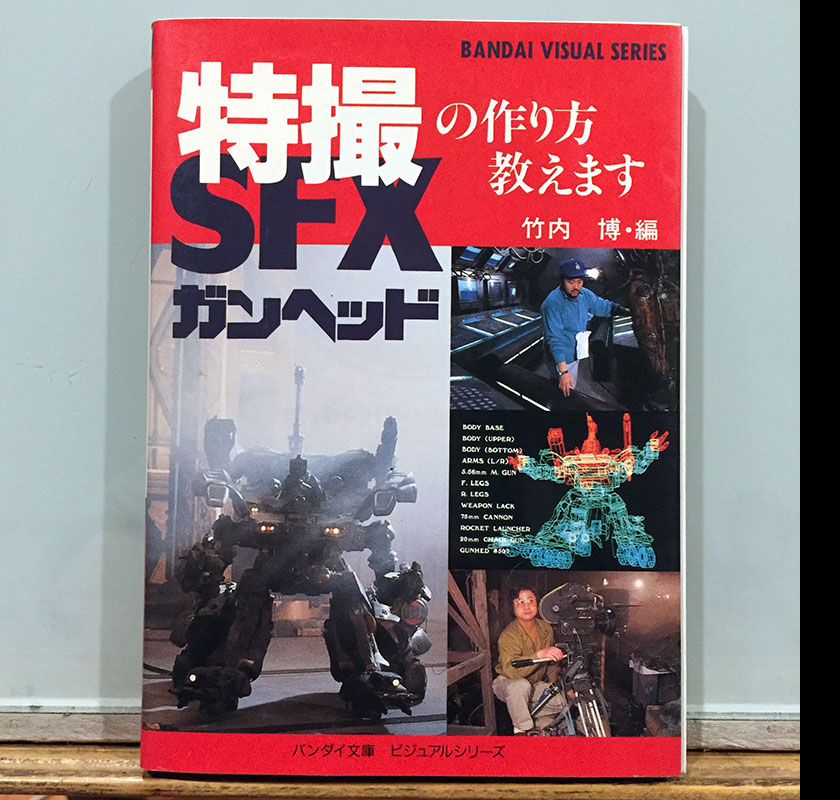 A digest-size paperback devoted to the making of all aspects of the film with lots of production stills from the set. 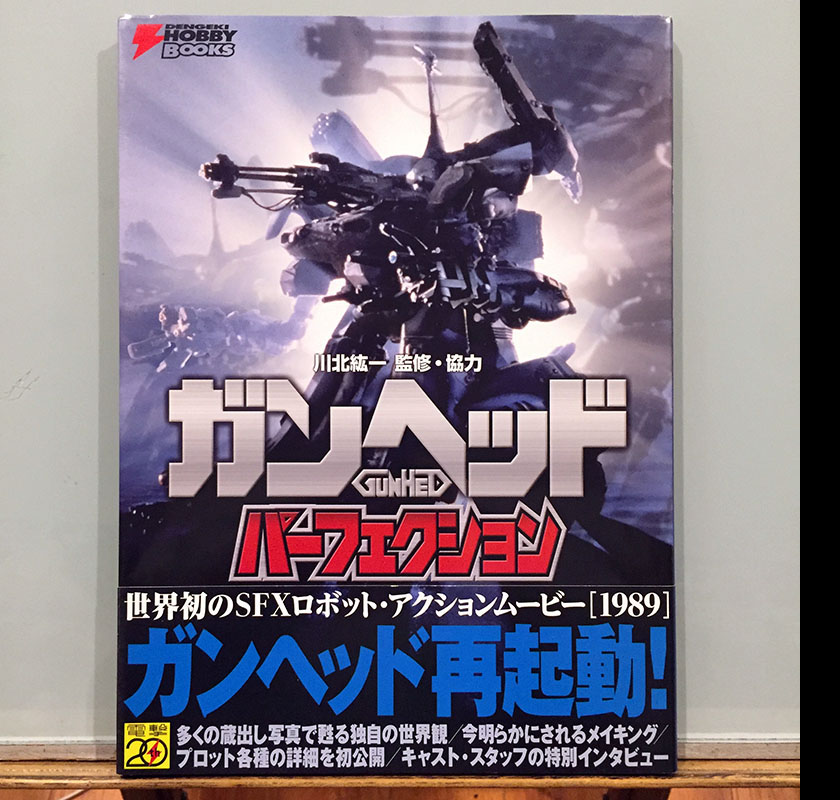 The best of the bunch, this generous tome is packed with stills and art, including design drawings, storyboards, and the entire script. The real meat of the book is a sequence-by-sequence breakdown of the film with photos and art supporting each one.