Independence Colony is a smoking ruin after a surprise attack from planetary orbit. Two survivors run into what appears to be a platoon of alien soldiers who easily overpower and imprison them. Against all hope, a heavily-armed team arrives from Earth. But what seems to be a rescue looks more like a second invasion!

As I explained last time, this story came to me in a dream. The dream image was just one scene which I then built a story around. That scene appears in this issue, the arrival of what looks like the rescue party. Once in a while, I’m just lucky enough to still have a clear and vivid memory of a dream image when I wake up the next morning. This was one of those times.

On the downside, issue 2 of Ground Zero was the last one that actually got published. There were two more, completely written and drawn, that never saw the light of day. They will both be presented here along with an explanation in my next update. For now, let issue 2 sweep over you like an avalanche! 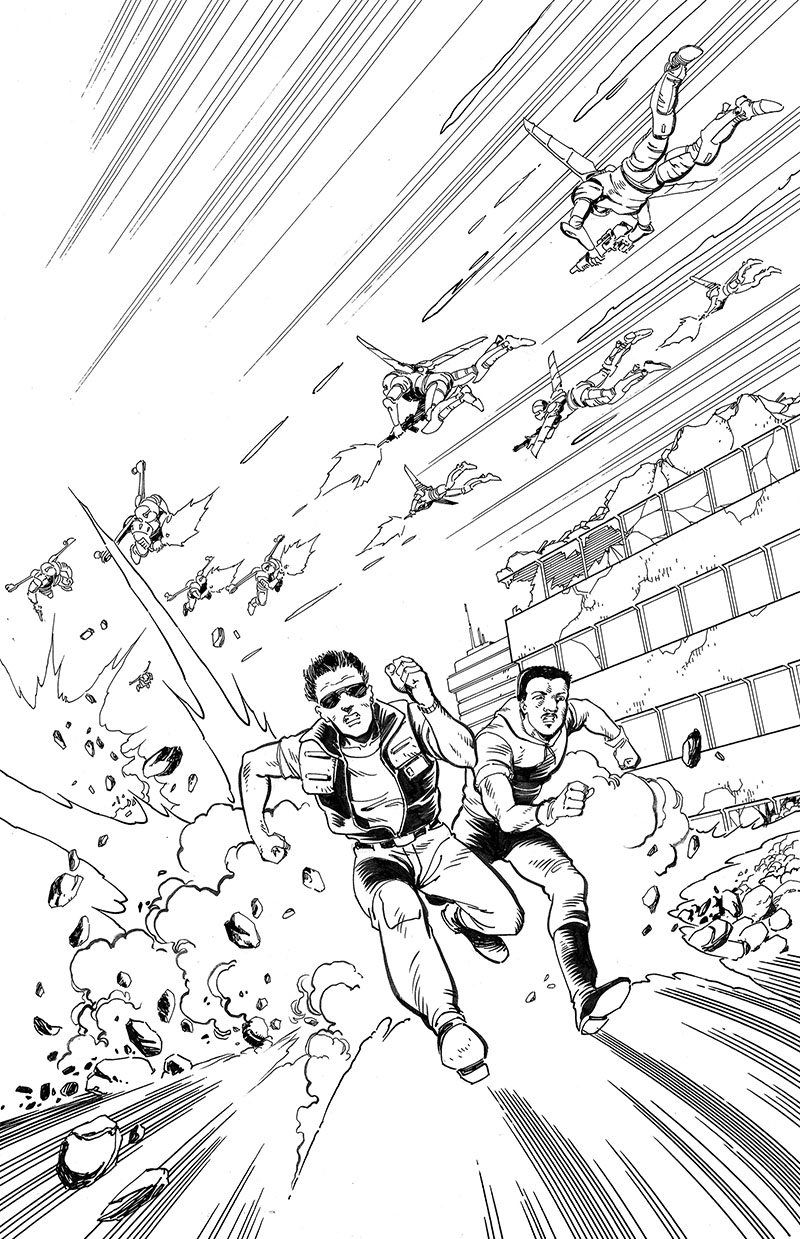 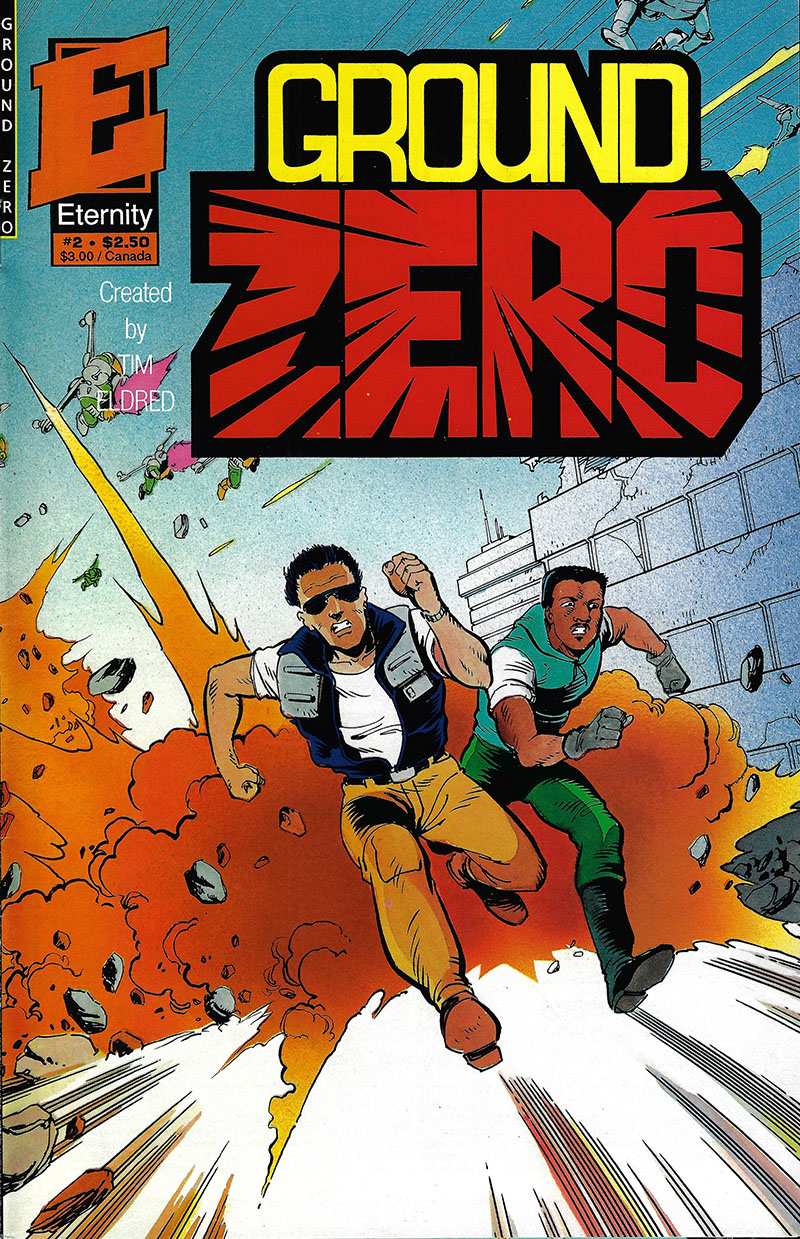