Composer Toru Fuyuki doesn’t have many credits to his name (see them at Anime News Network here), but he created the music for Ryosuke Takahashi’s Dougram series and was a perfect choice for Galient. With equal mastery, the score ranges from big and dramatic to eerie and suspenseful to light and airy. It perfectly matches the unpretentious approach of the storytelling.

Two soundtrack volumes were released by Warner-Pioneer on both LP and CD in 1984 and 1985. Variations of the opening and closing songs are included on both. The second album was produced by mixing music and sound effects together for a “soundscape” experience. 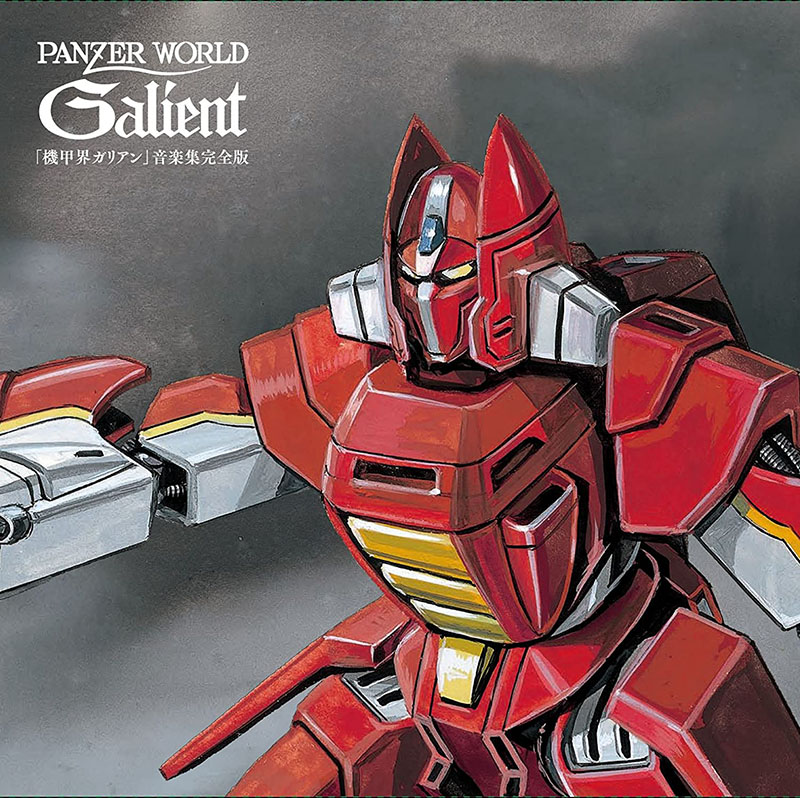 Warner Music Japan did us all a huge favor when they released this box set in 2018. It contains remasters of both albums with several unreleased tracks. A second version of Volume 2 is provided with the sound effects removed, and a separate disc of the remastered opening and closing songs is packaged in a reproduction of its original EP sleeve. 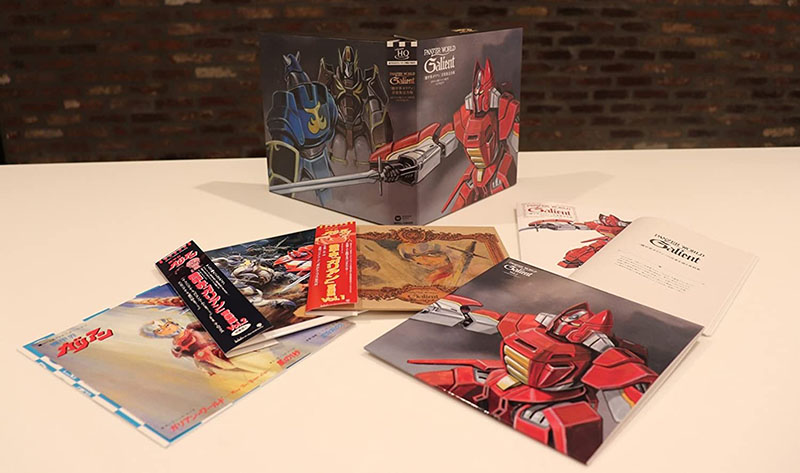 This set is no longer in production, but used copies can be found on Amazon.co.jp here. 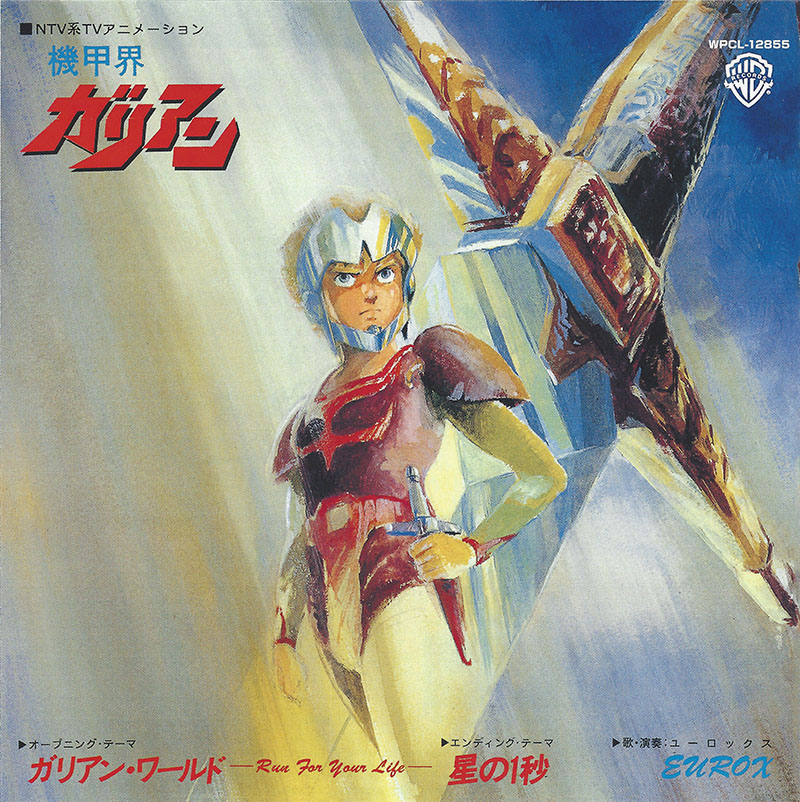 Far and away, the best “hidden treasures” in the Panzer World are its opening and closing songs, which take on a life of their own as soon as you hear them. They fall into a rarified category of “prescient” music, meaning that something invisible falls into place when they enter your ears. You wonder why you never heard them before, because it really feels like you should have. 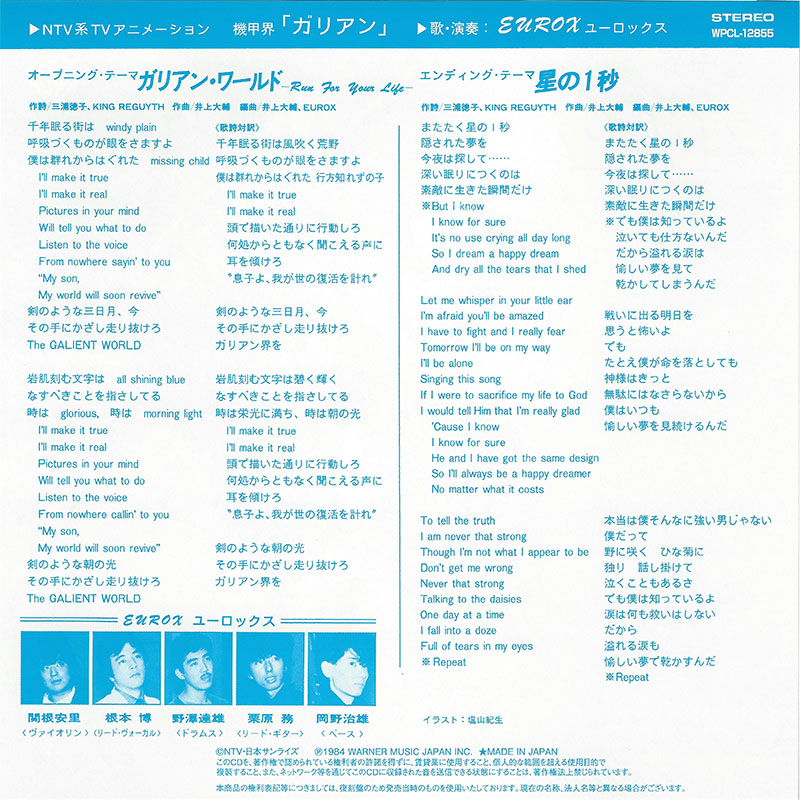 This is partially due to their English lyrics, but mostly because of the haunting, unforgettable performance by prog-rock band EUROX. This was a five-piece group consisting of Anri Sekine (keyboard & violin), Haruo Okano (bass), Tatsuo Nozawa (drums), Tsutomu Kurihara (guitar), and bilingual singer Hiroshi Nemoto (later known as Mnemo). Some members of the group previously went by the name TAO and created the opening and ending themes for Galaxy Drifter Vifam in 1983. The opening for that series, Hello Vifam, also gained notoriety for its English lyrics and spirited composition.

The opening theme The Galient World and the ending theme 1 Second of a Star were composed by Daisuke Inoue and orchestrated/performed by EUROX. The lyrics were co-written by Yoshio Miura and vocalist Hiroshi Nemoto (using the pen-name King Reguyth). They were runaway hits, selling over 170,000 copies of the single in Japan.

The versions heard in the show itself were half-Japanese and half-English, but alternate versions were recorded in full English with entirely different lyrics. They can be heard on soundtrack album Volume 2.

Treat yourself to these songs right now on Youtube!

1 Second of a Star, TV size

1 Second of a Star, English version

With such amazing songs being written for what was ostensibly a children’s cartoon, you may be wondering what else EUROX did on their own. The answer is…not a lot. But it was no less interesting. They released a grand total of one single in 1984 with two songs, both written and sung in English. Hear them right now:

Cold Line was an instant hit for the band in both Japan and Italy, bolstered by radio airplay and its use in a TV commercial for Suntory cocktails.

The next thing to come from EUROX was a full album titled Megatrend, released by Warner-Pioneer on both LP and CD in 1987. By this time, vocalist Hiroshi Nemoto had departed for other opportunities, taking his astonishing voice with him. His replacement Isamu Hasegawa led the group through its pop-synth paces for ten new tracks, the entirety of which can be heard on Youtube here.

That was all the world heard from EUROX until, defying all expectations, the original 5-man lineup reunited in 2009 to re-record their early catalog for a new album titled Dig From the Past. It’s out of print like everything else on this page, but used copies can be found (for extreme prices) on Amazon.co.jp.

The following liner notes put some context around what a meaningful moment it was for them to reassemble: 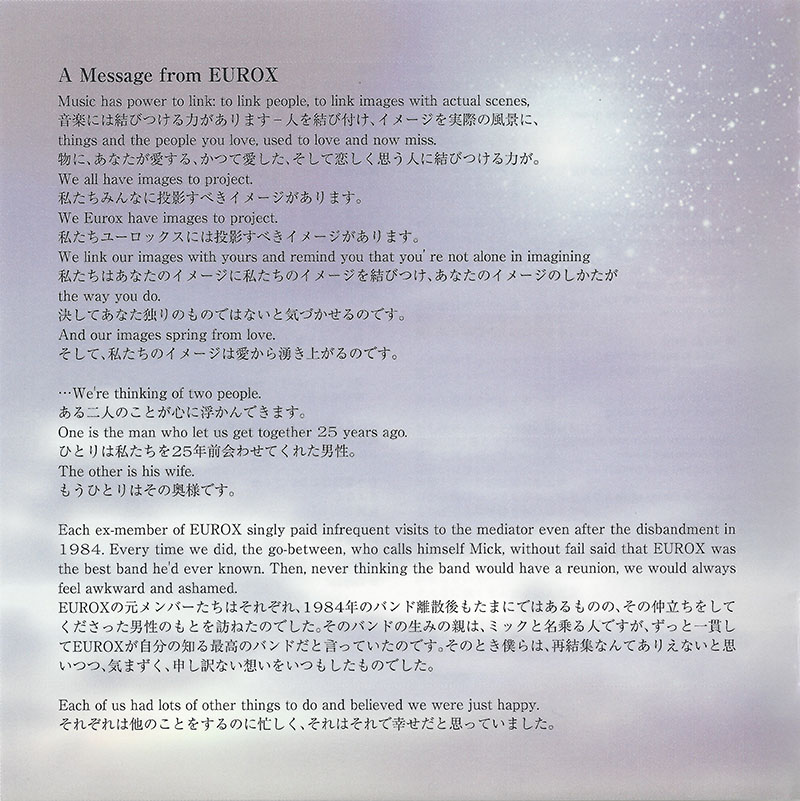 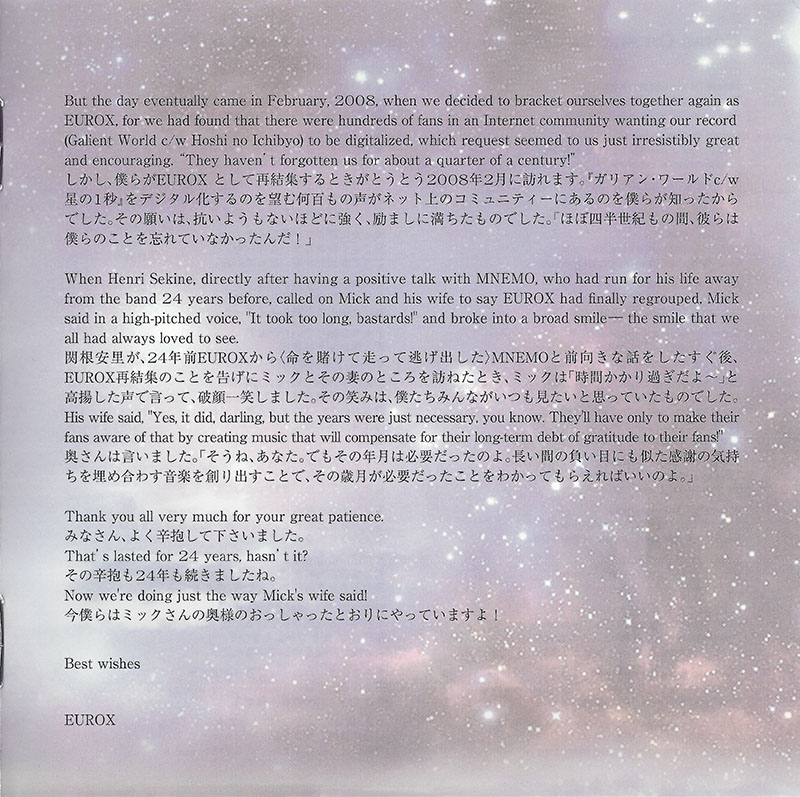 Dig From the Past came with a CD of 8 songs and a DVD with music videos for the Galient opening and ending. Fortunately, band leader Anri Sekine has posted many of the tracks, along with some newer recordings, on his Youtube channel… 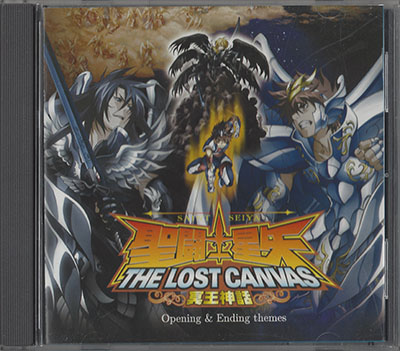 Finally, the band even made a brief return to anime in 2009, recording a song for Saint Seiya The Lost Canvas titled The Realm of Athena. It can be heard on Youtube here.

The last word in Galient music, at least as of this writing, is this interesting album based on Toru Fuyuki’s score and the two songs. It is a choral arrangement performed by a group named Olympus 32 Singing Gods with famed baritone Tetsuro Kitamura. It was released in 2014 by a fan circle named Creepy Company, which brings the same treatment to other works including Ultraman and Godzilla. Most of their catalog is out of print, but it can be seen at Amazon.co.jp here.