You don’t always get the jobs you want. But you can still enjoy them.

One of the reasons I started ArtValt was to impart things that were beaten into me over the 40-plus years I’ve spent at the drawing board. There was a time when I vowed never to get stuck making things that weren’t personally meaningful to me. That would be “selling out,” wouldn’t it? Then I got my first minimum-wage job out of high school, making ads for phone books on the night shift. Not the future I pictured. I held onto my idealism, but abandoned any pretense about “selling out.”

In fact, advertising and print media were my main source of income for most of the 1980s. That’s what kept the bills paid as I toiled away on comic book projects until they finally paid off. It was extremely valuable experience to take with me after I got my break, because it made me employable in other arenas when I needed some extra scratch. (And who says no to extra scratch?)

I don’t exactly remember how I got involved in this particular arena, but it lasted a good long time and I’ve got a LOT to show for it. The arena was computer hardware. The job was cartooning. The client was a company named DISC Distributing. 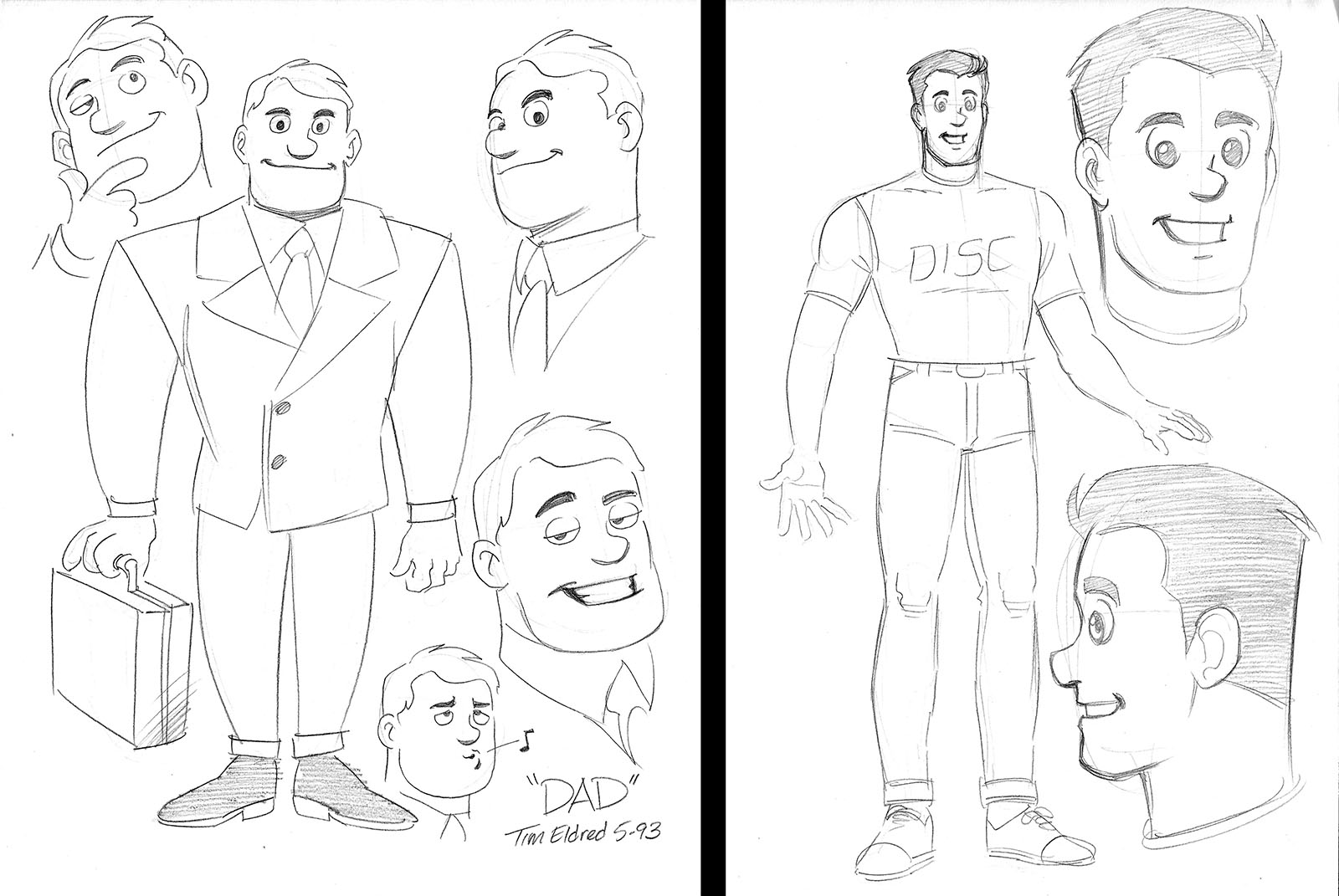 It was a time before social media and the superhighway. The days of evolving storage media, computer peripherals, and dial-up internet. We thought in Megabytes rather than Gigabytes. And advertising was still mainly on paper. DISC Distributing sold all sorts of computer equipment and relied on paper-based promotion to get the word out. They thought a cartoon mascot would distinguish them from their competition, so they invented one.

Playing off the phrase “Disc’s Awesome Deals,” they came up with the abbreviation D.A.D. and thought their mascot should be a guy who looked like a Dad. They would put cartoons of this Dad character on their flyers and newsletters and posters and mailers and the customer money would come pouring in. And that’s kinda what happened. 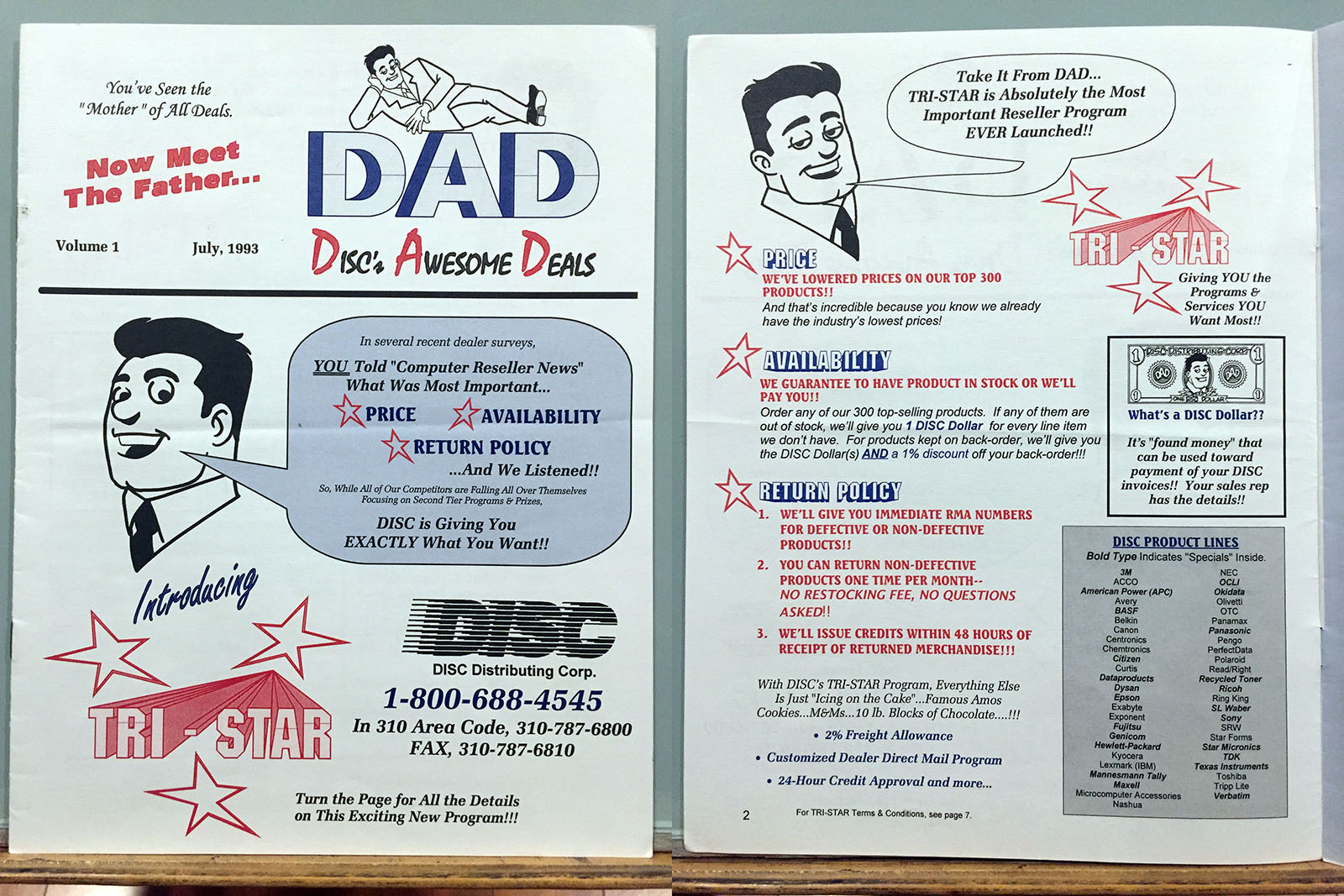 They somehow found me in early 1993, shortly after I moved my family to Los Angeles and joined the staff of Malibu Comics. I’m pretty sure the connection came through someone at work. DISC was looking for a cartoonist, so they nudged a friend at a comic book company. That friend nudged me and a star was born. As it happened, my work for DISC greatly outlasted my work for Malibu, going all the way to 1998.

I’ll have more to say more about it in future installments. For now, here’s the first chunk of art from the DADtoon library. It went to some silly places. 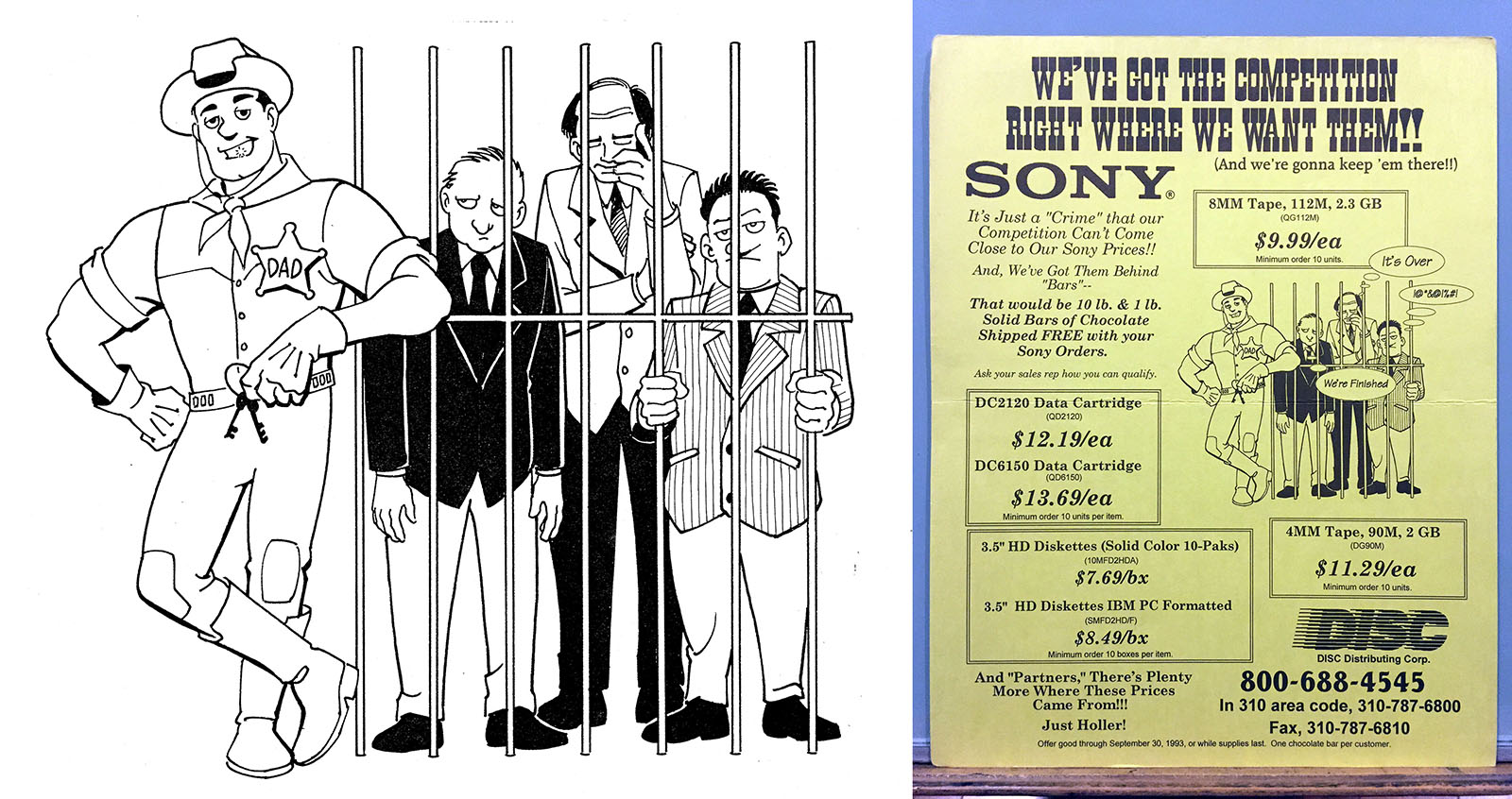 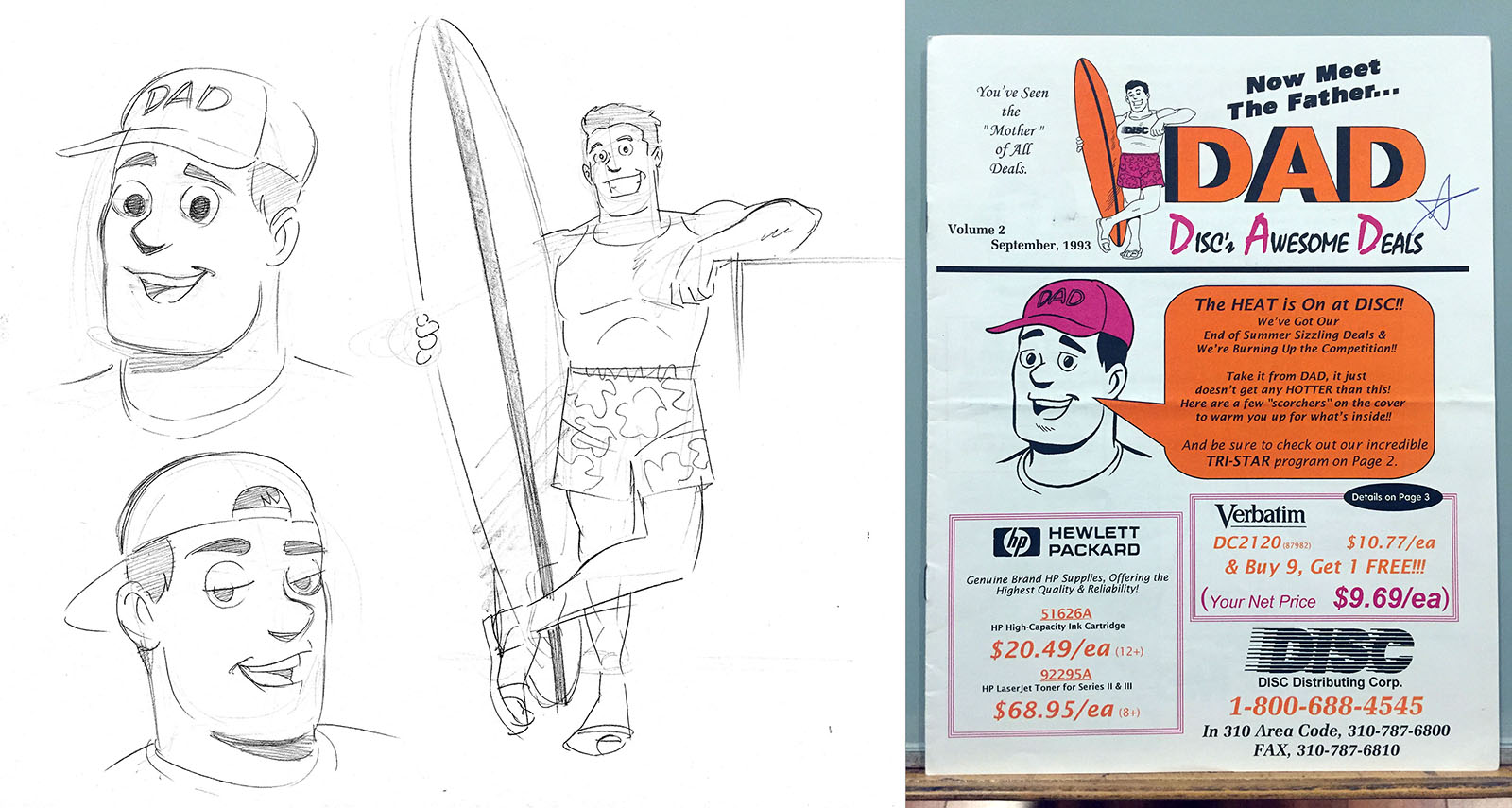 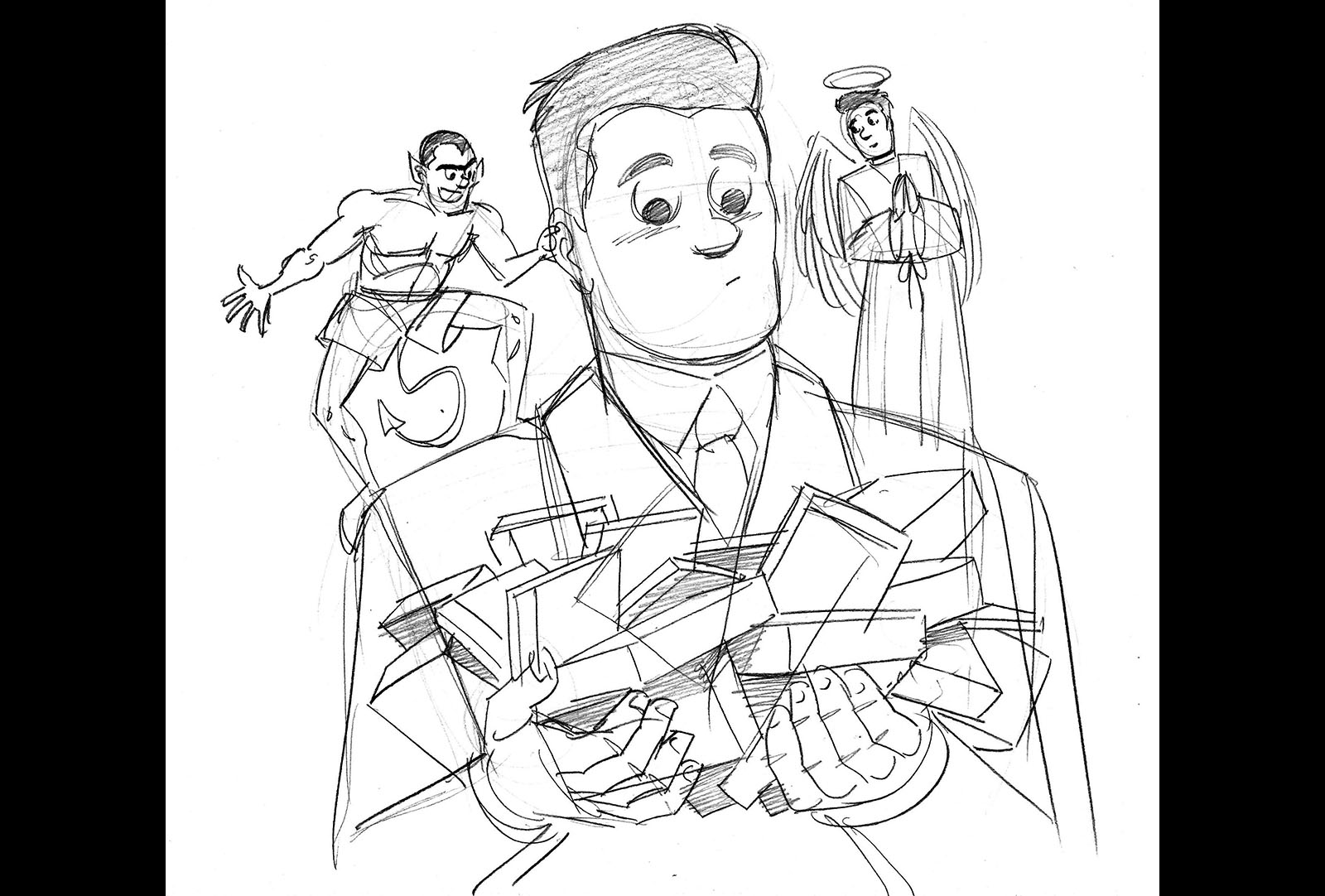 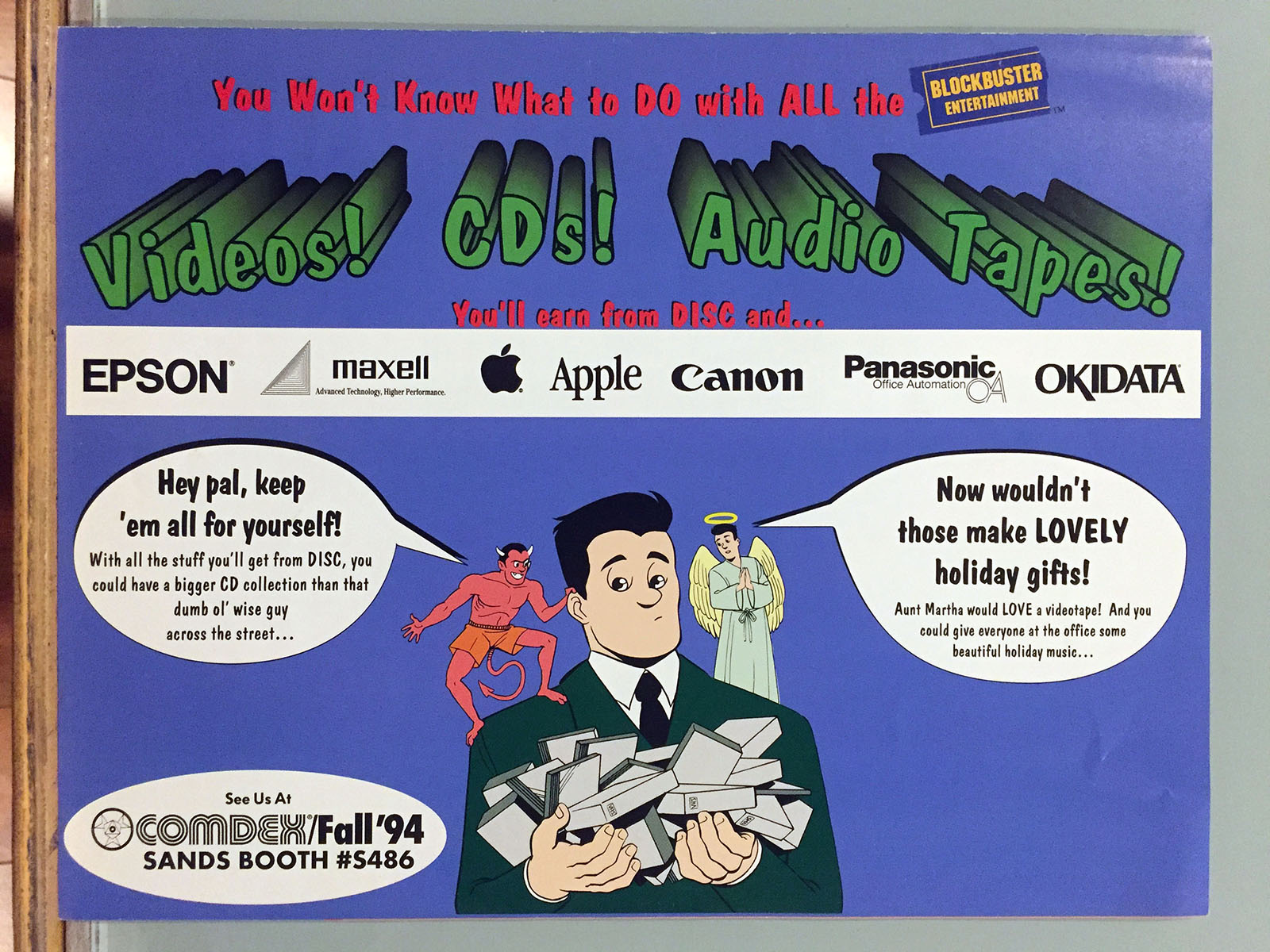 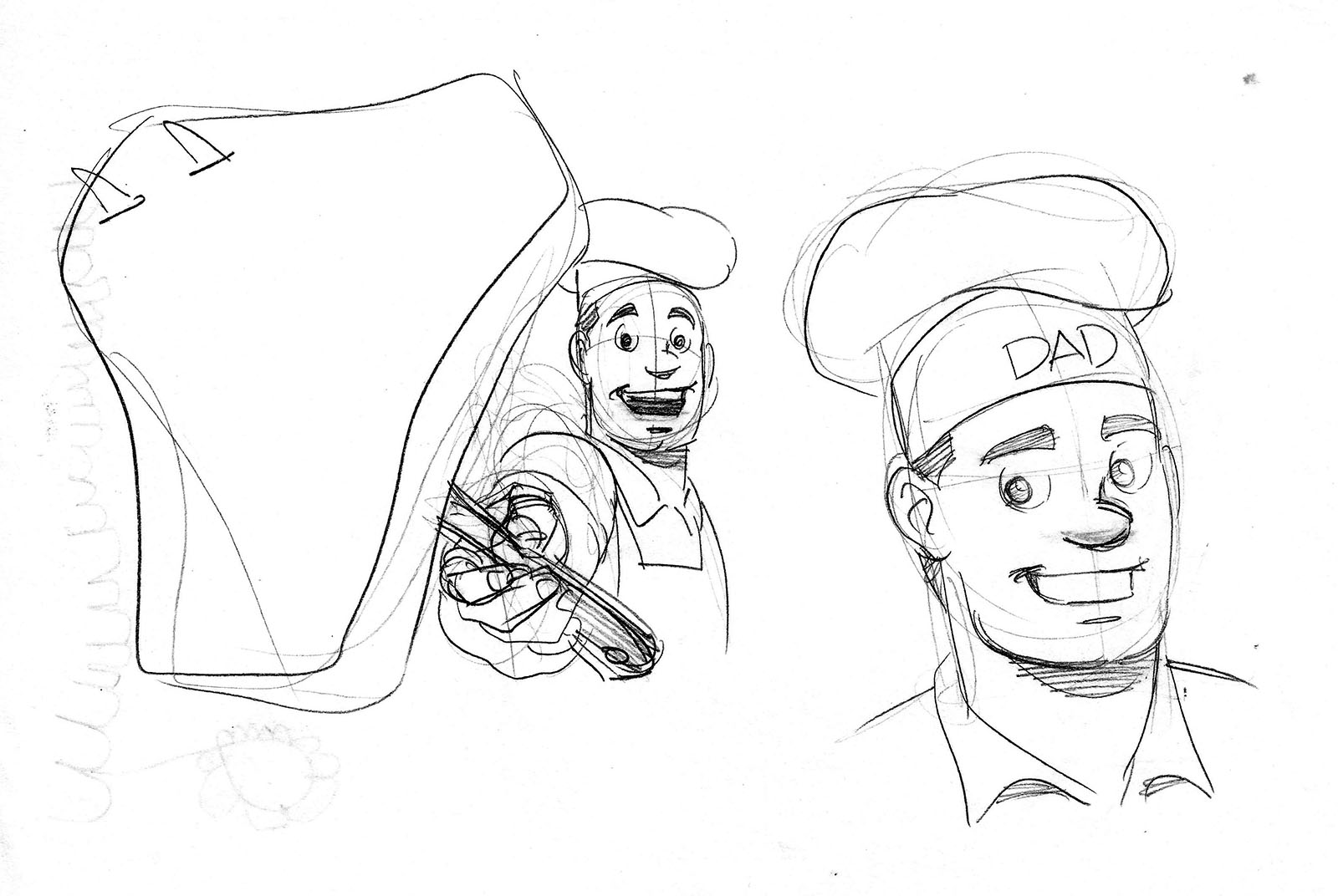 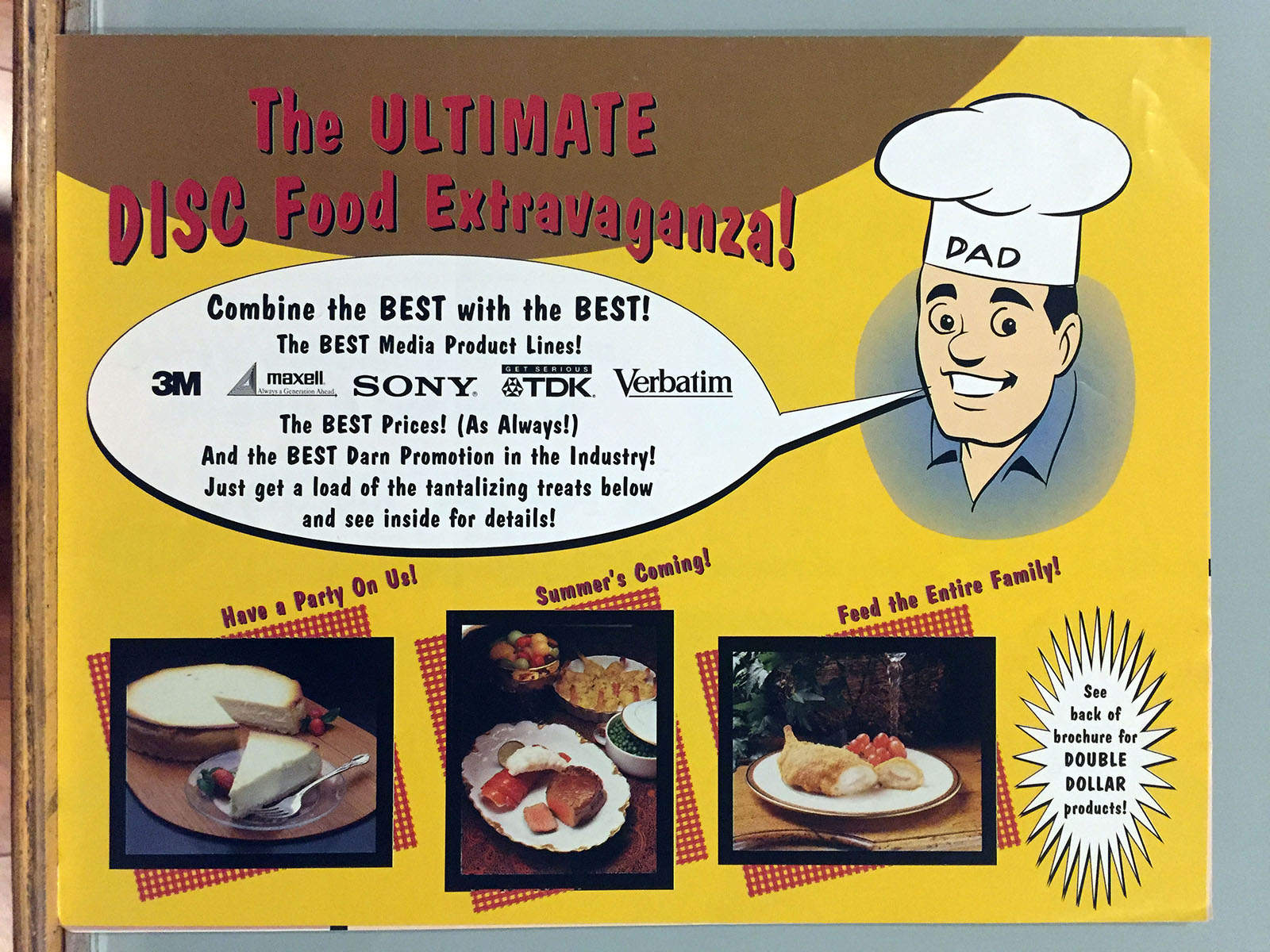 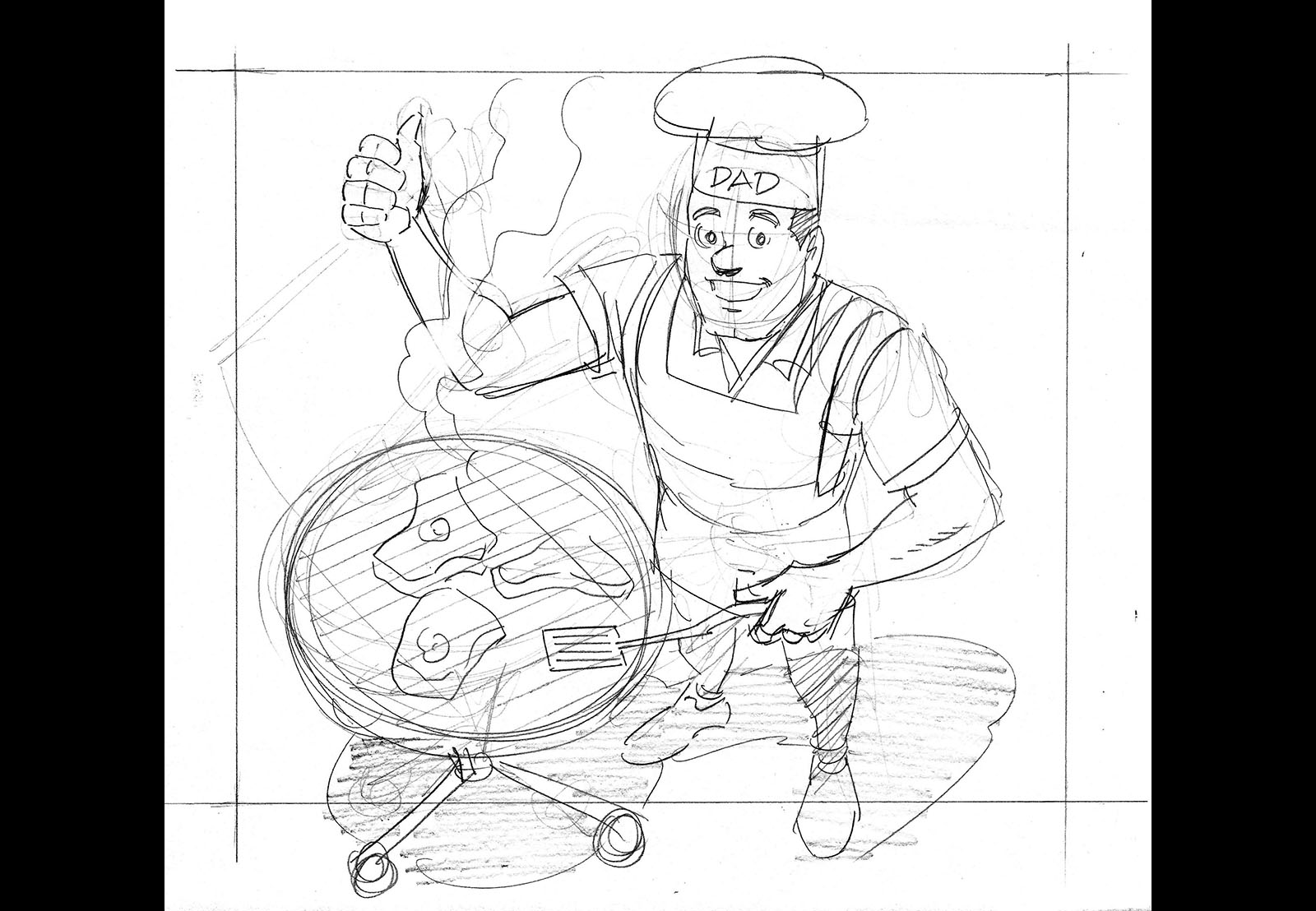 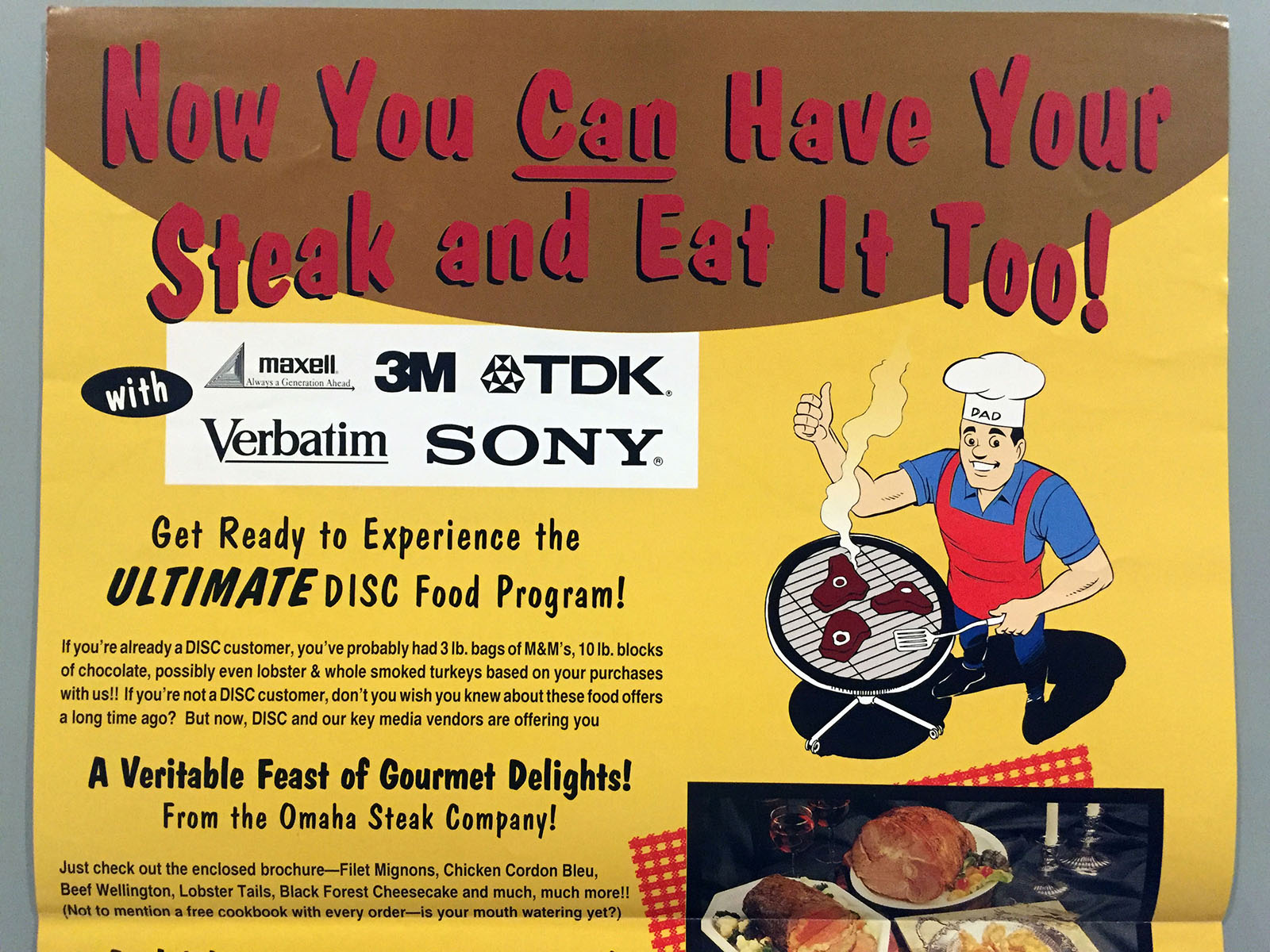 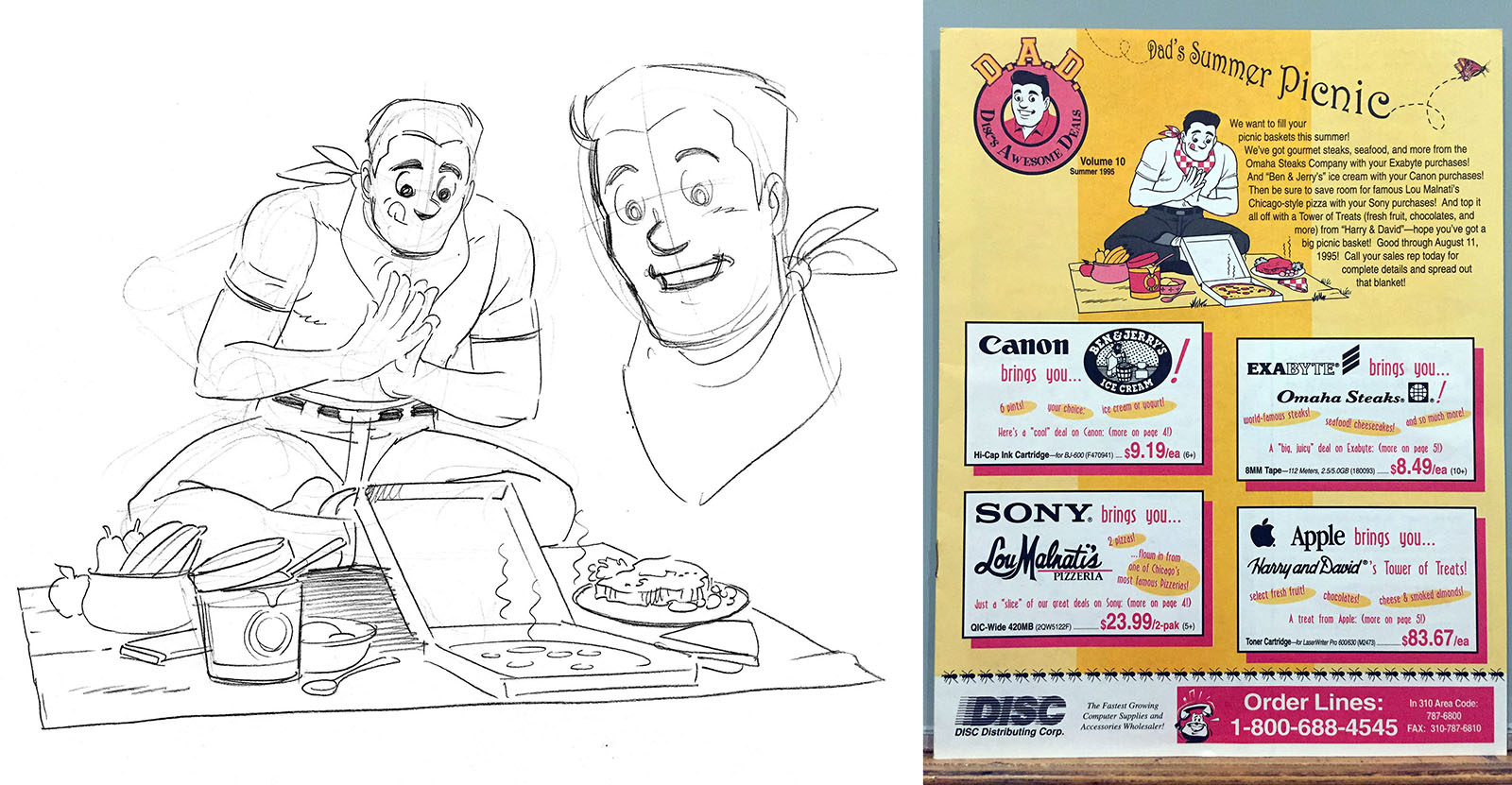 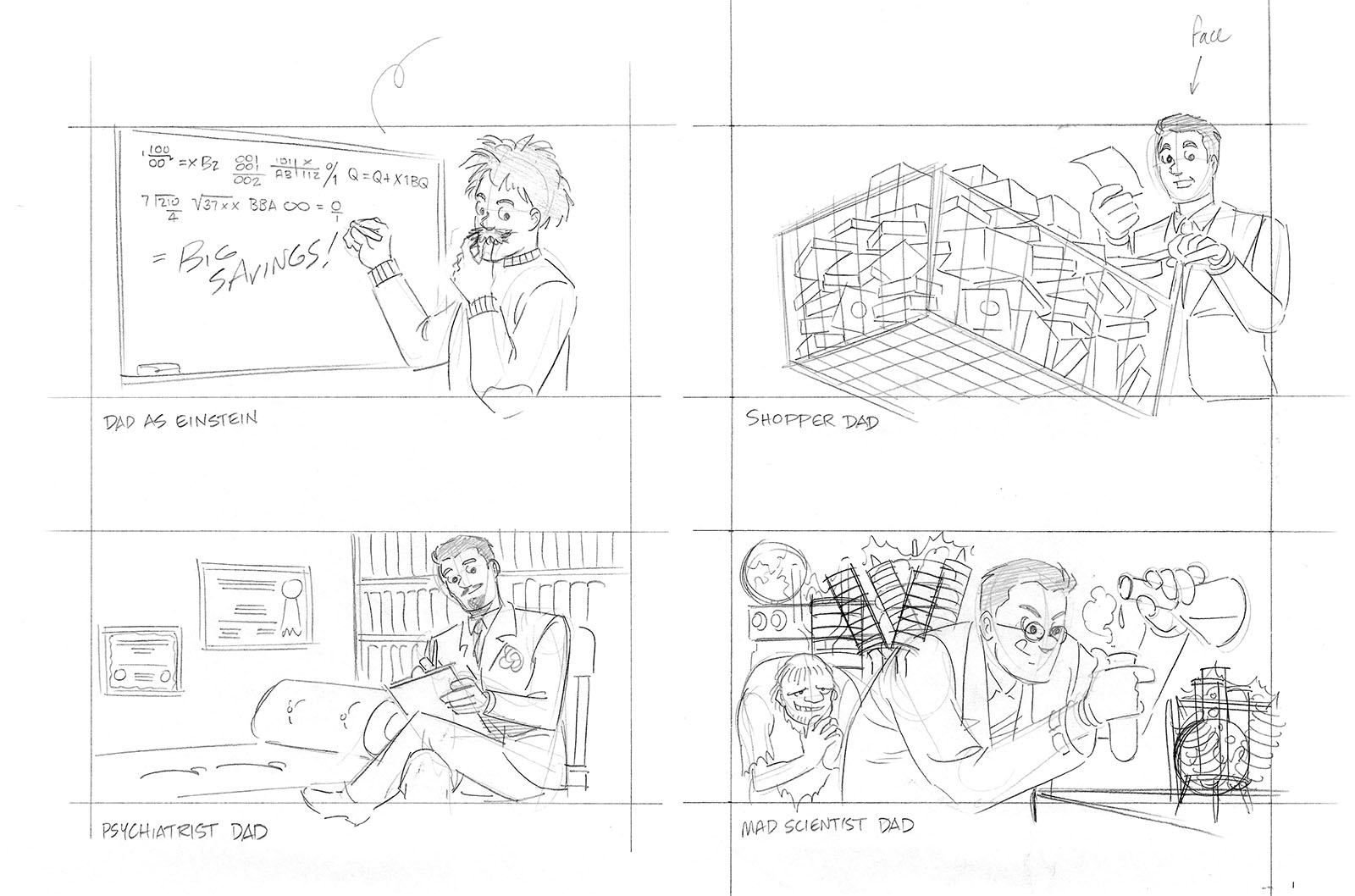 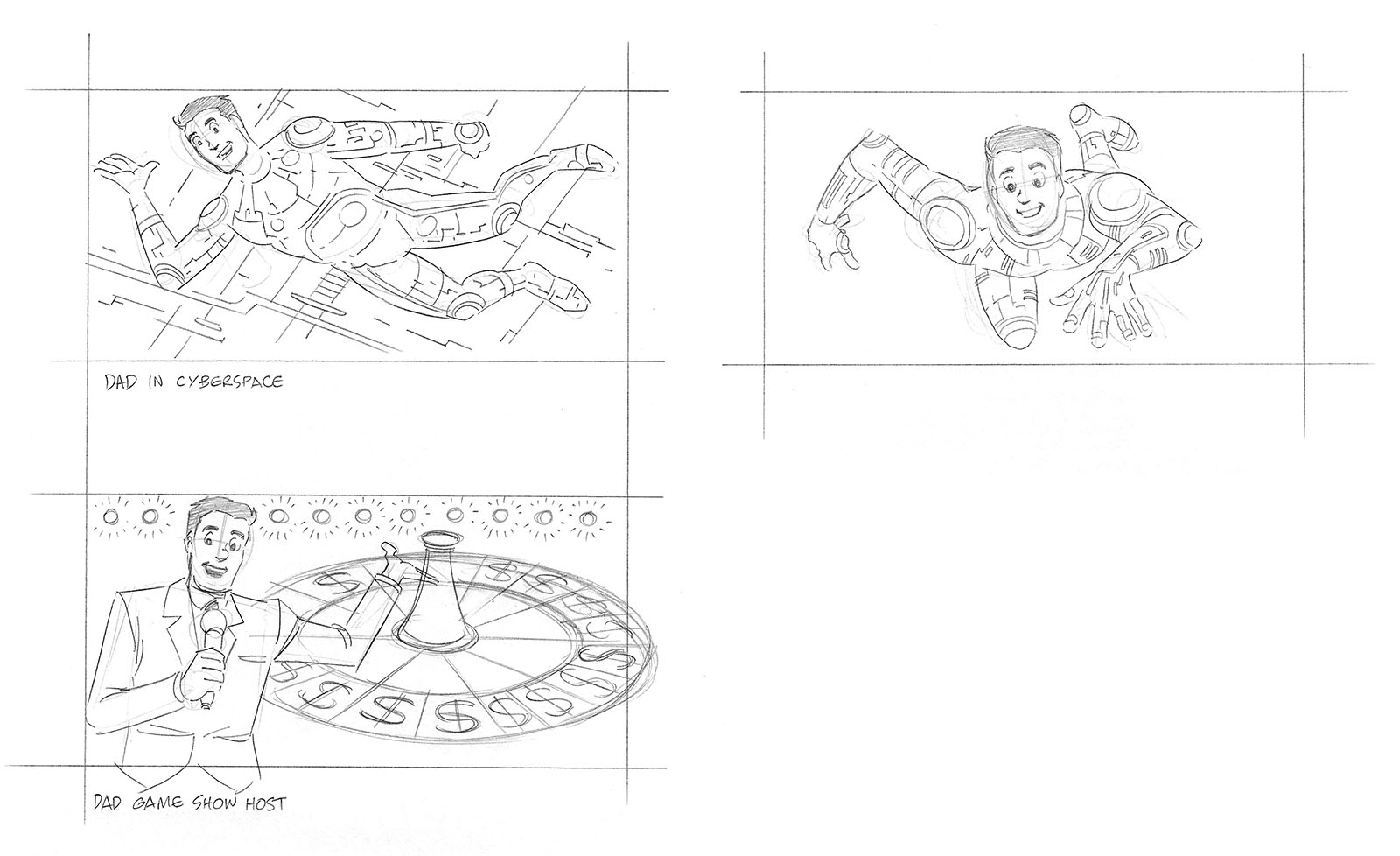 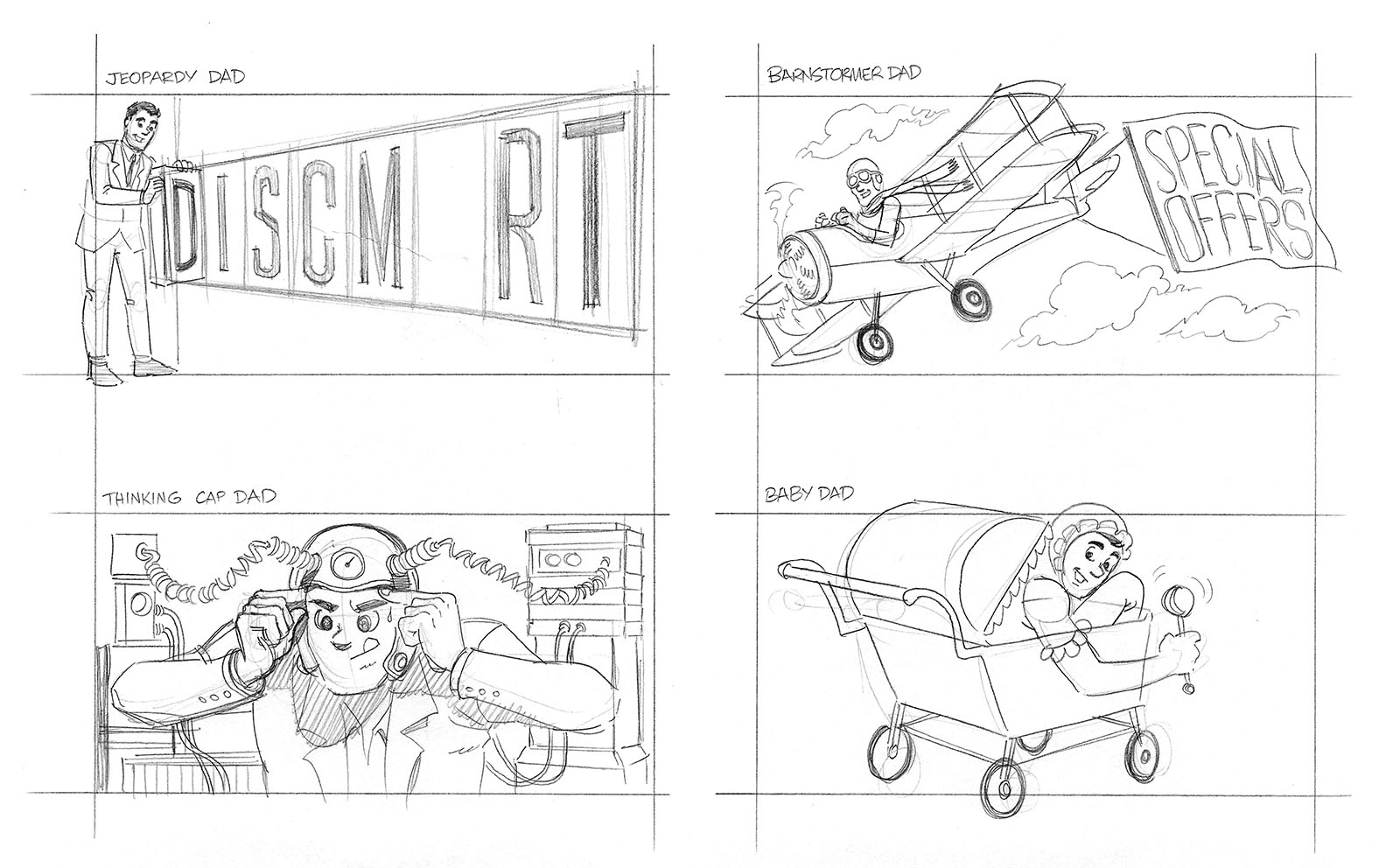 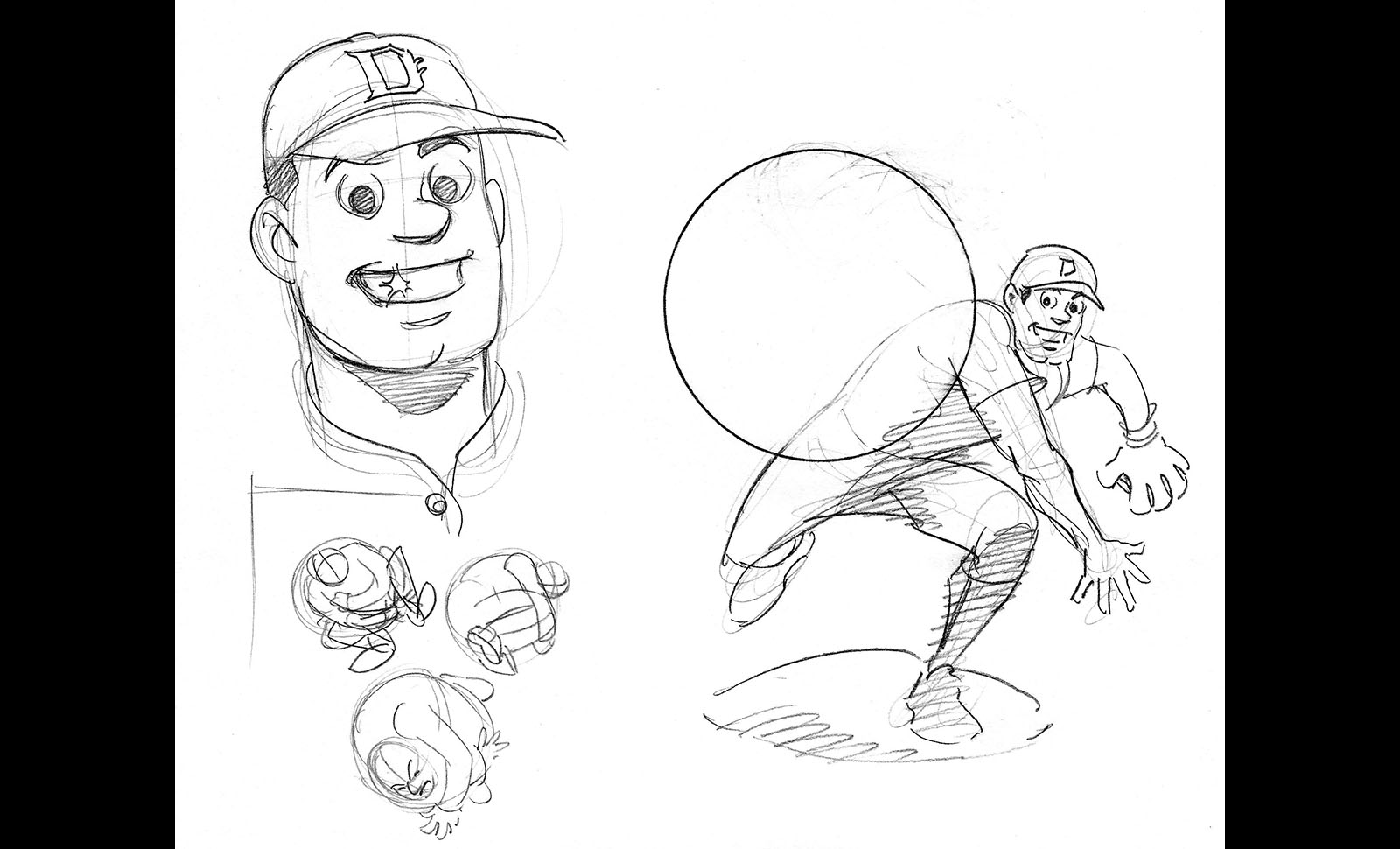 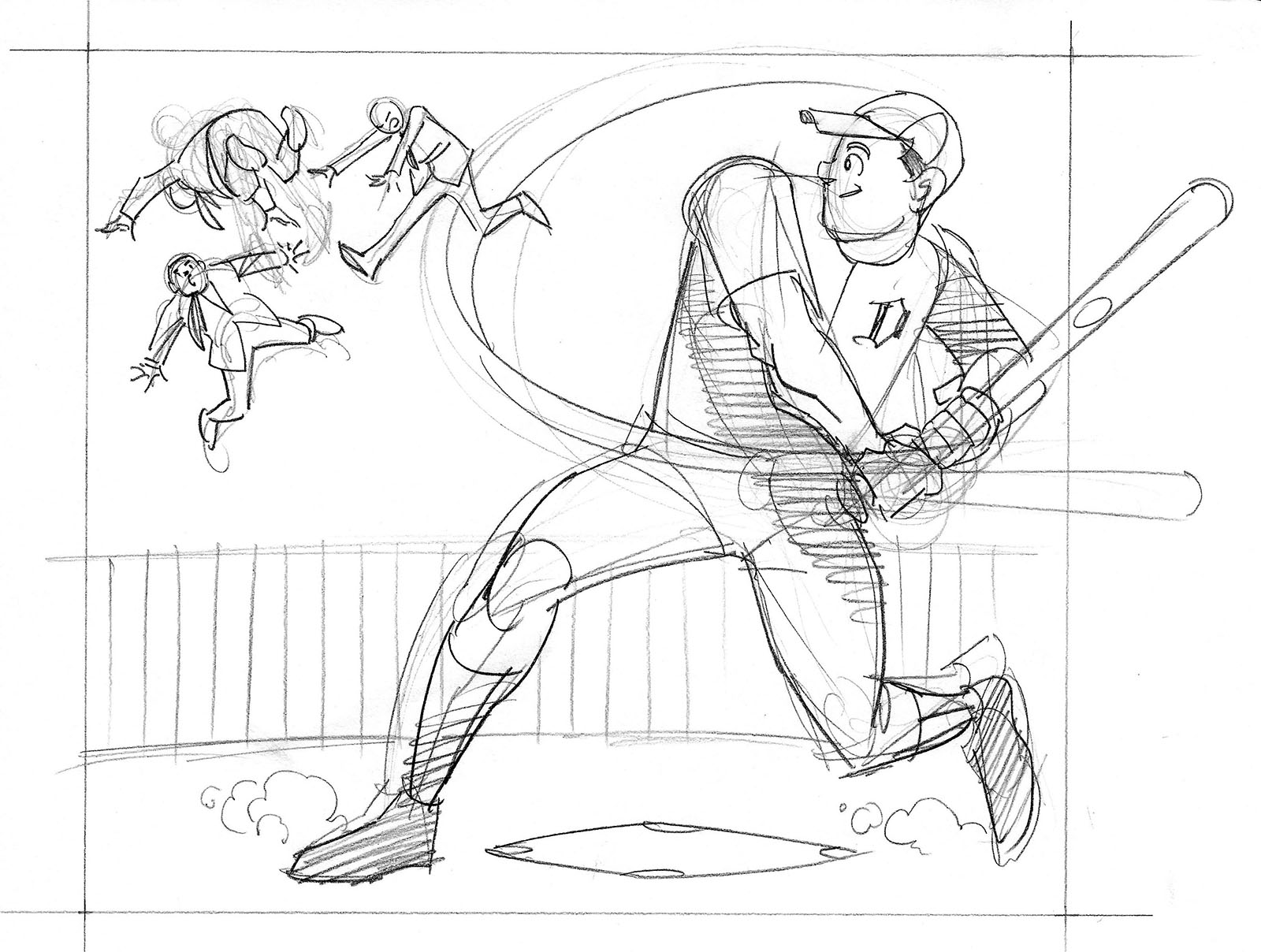 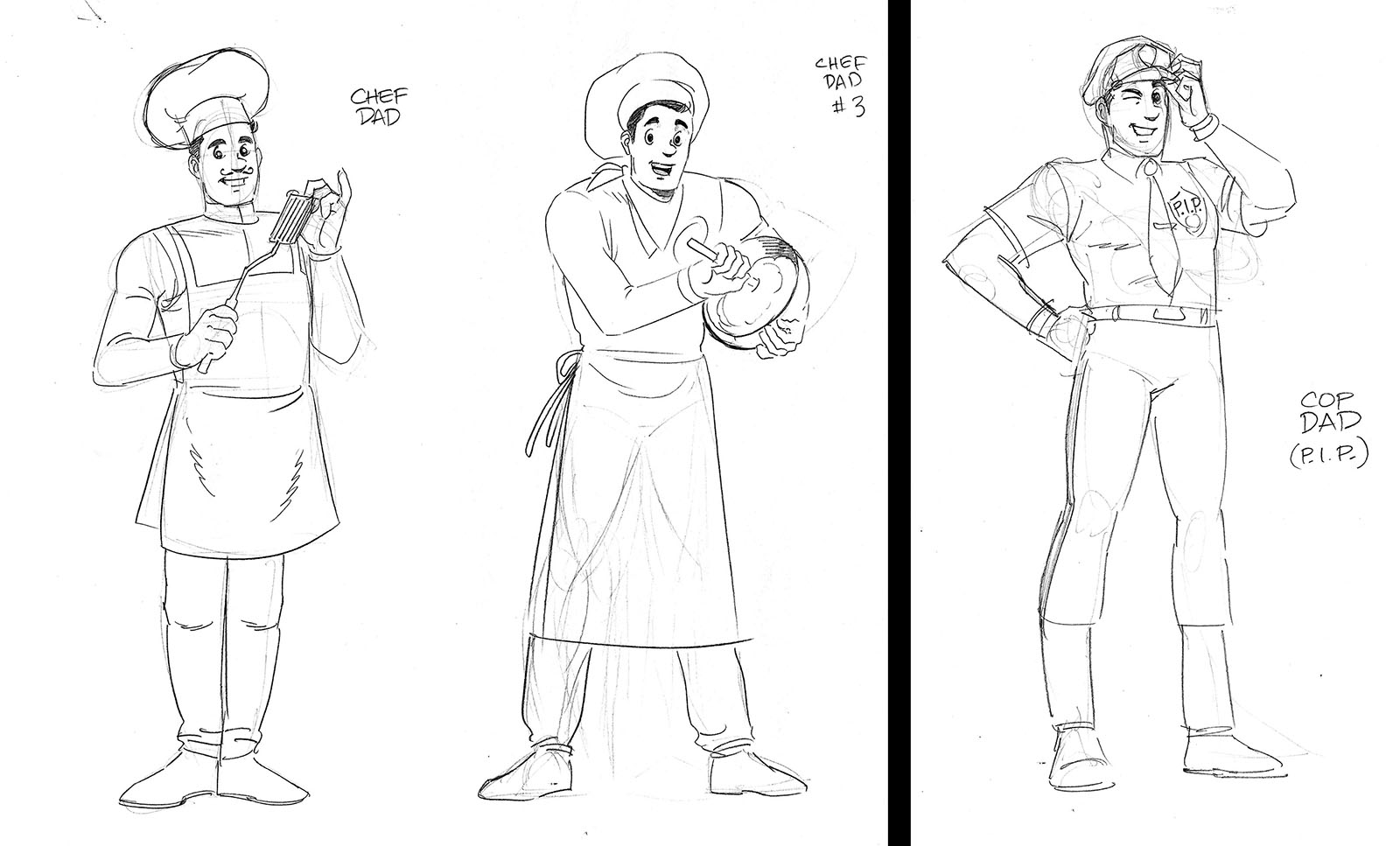 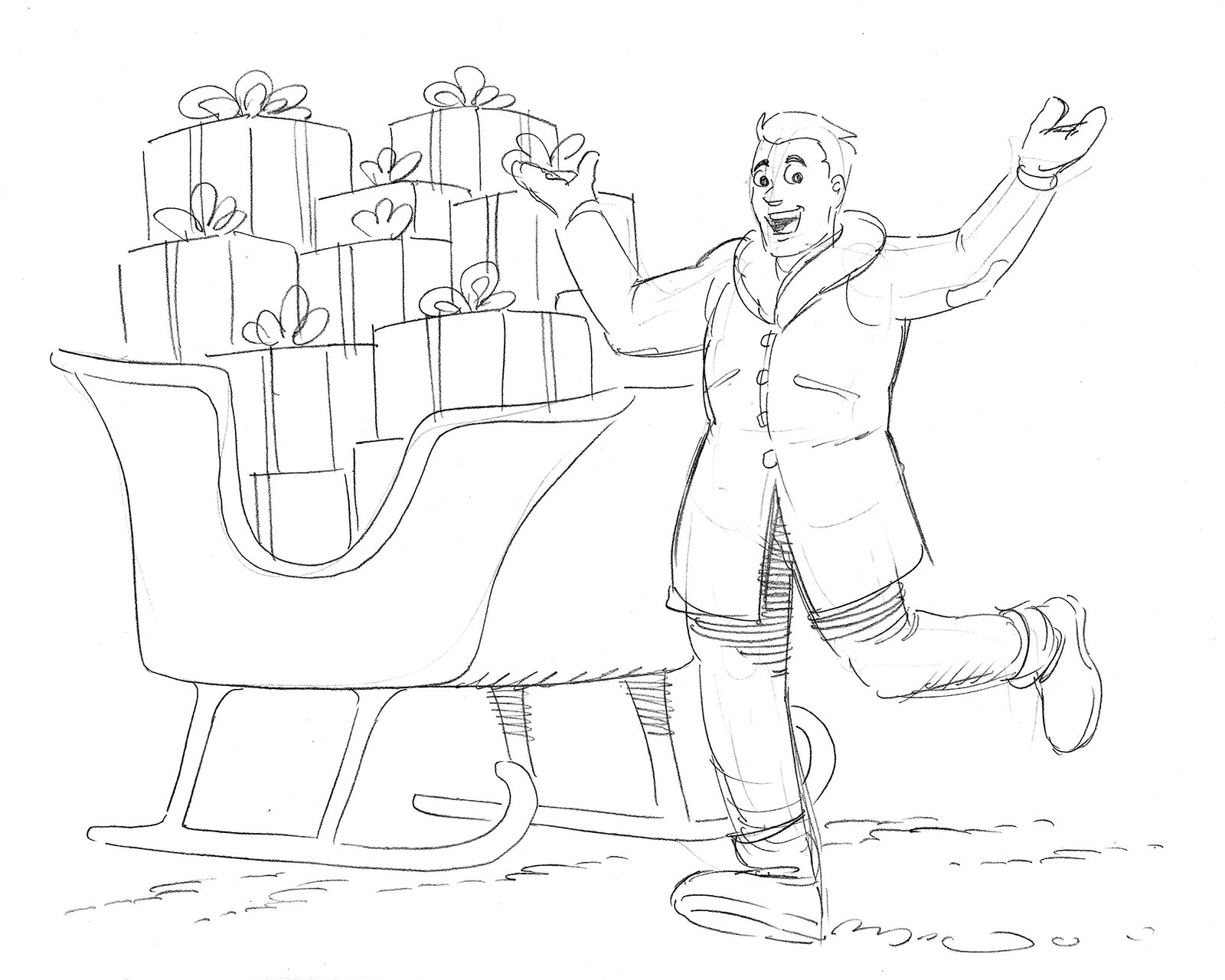 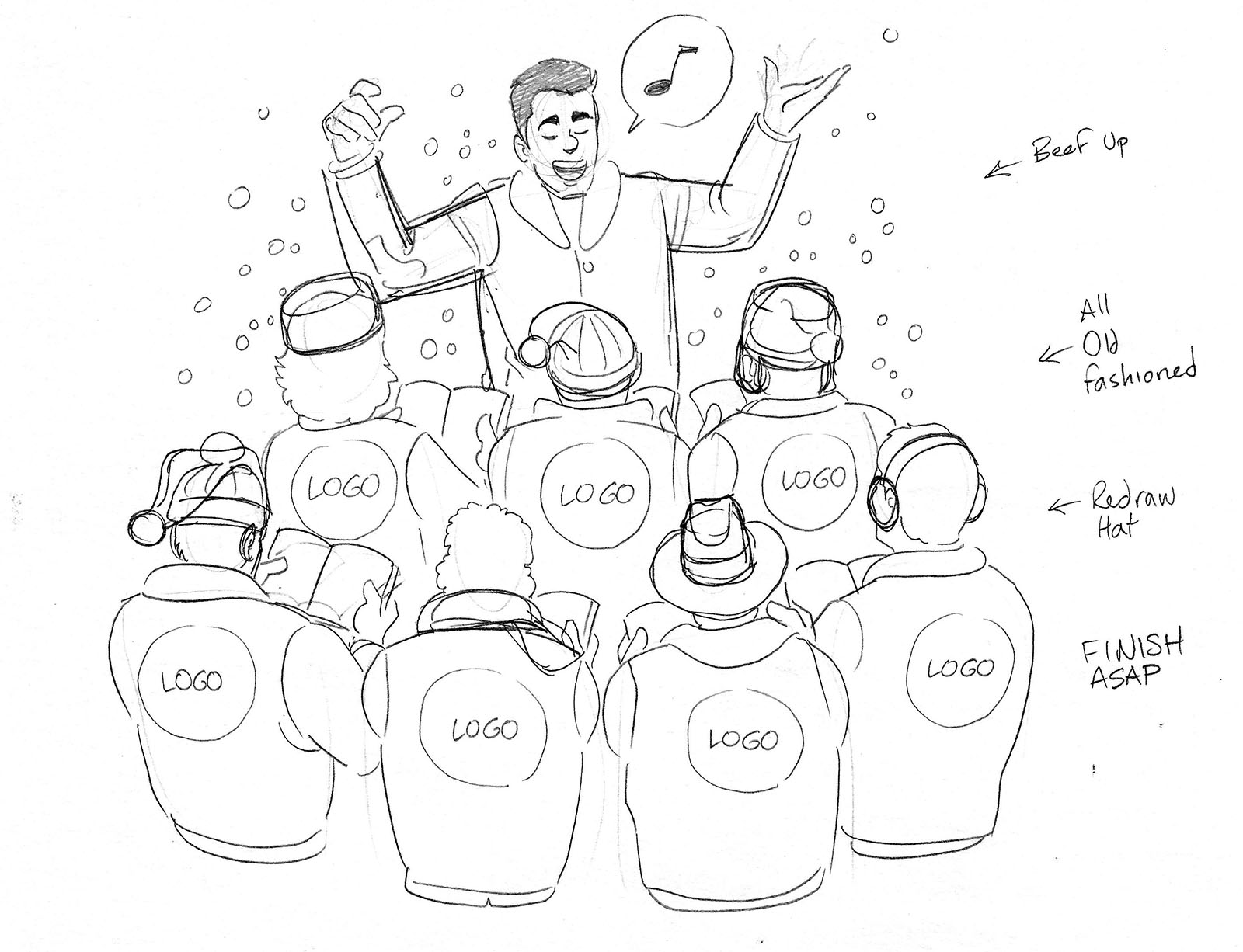 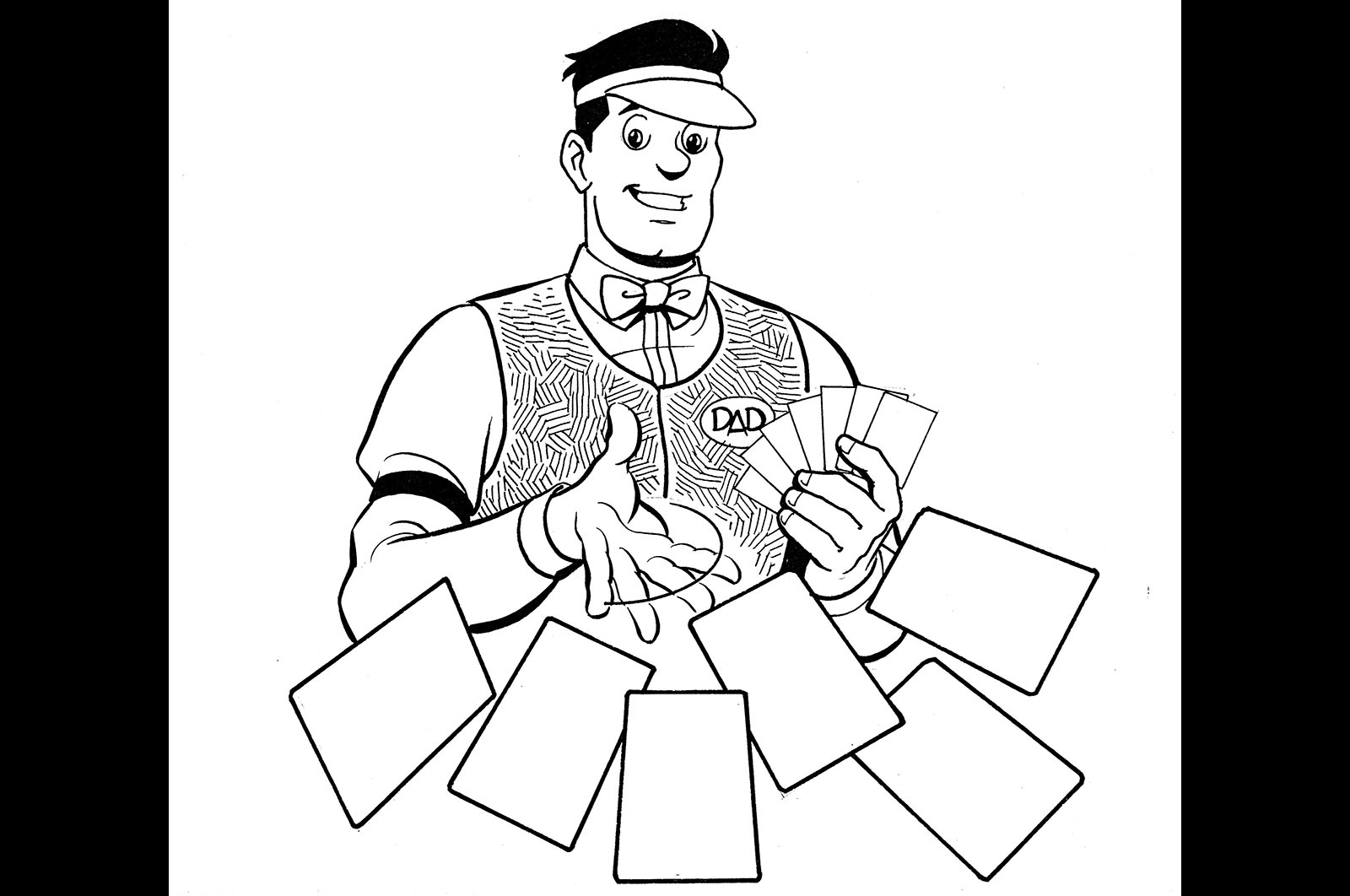 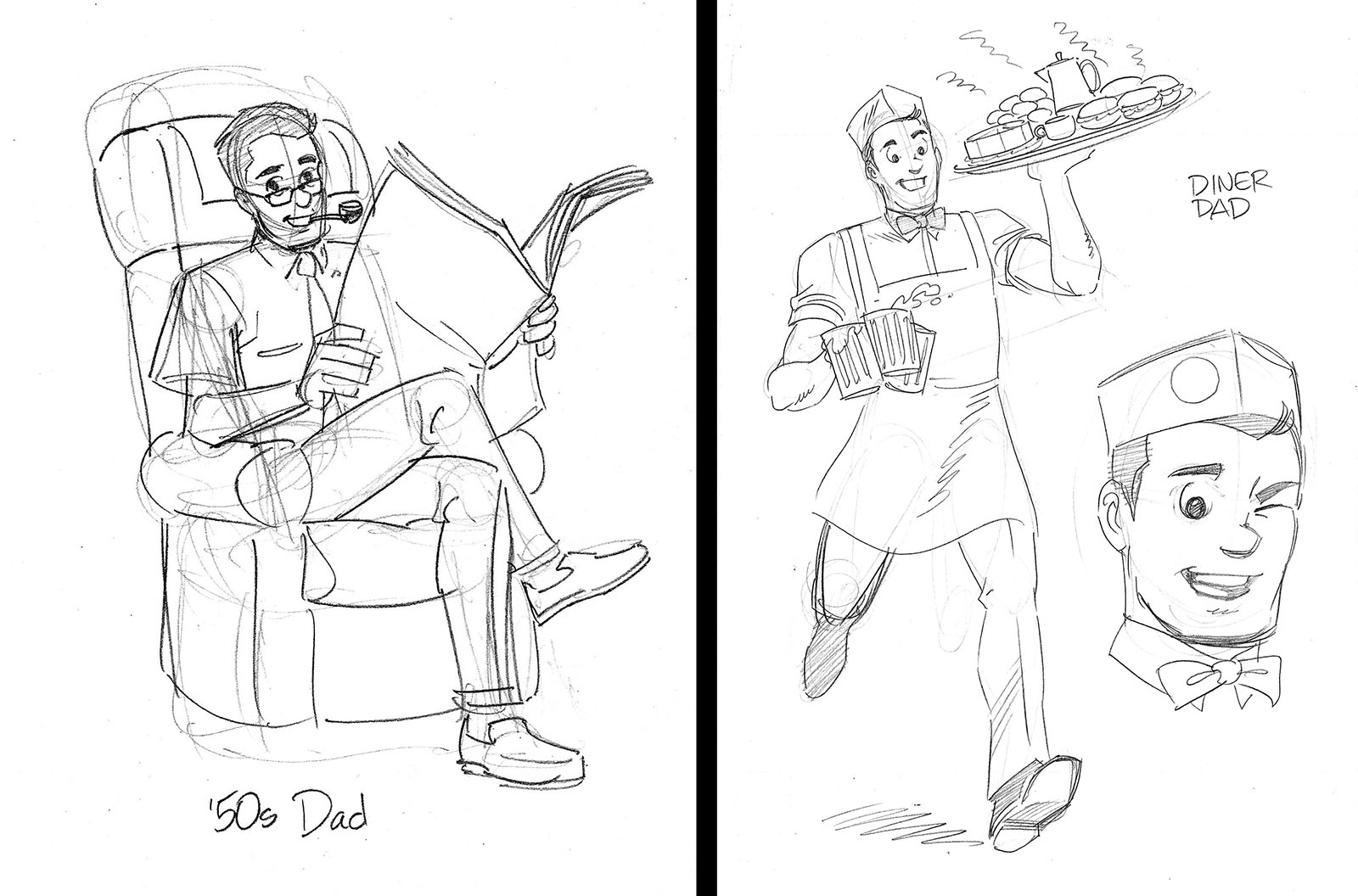 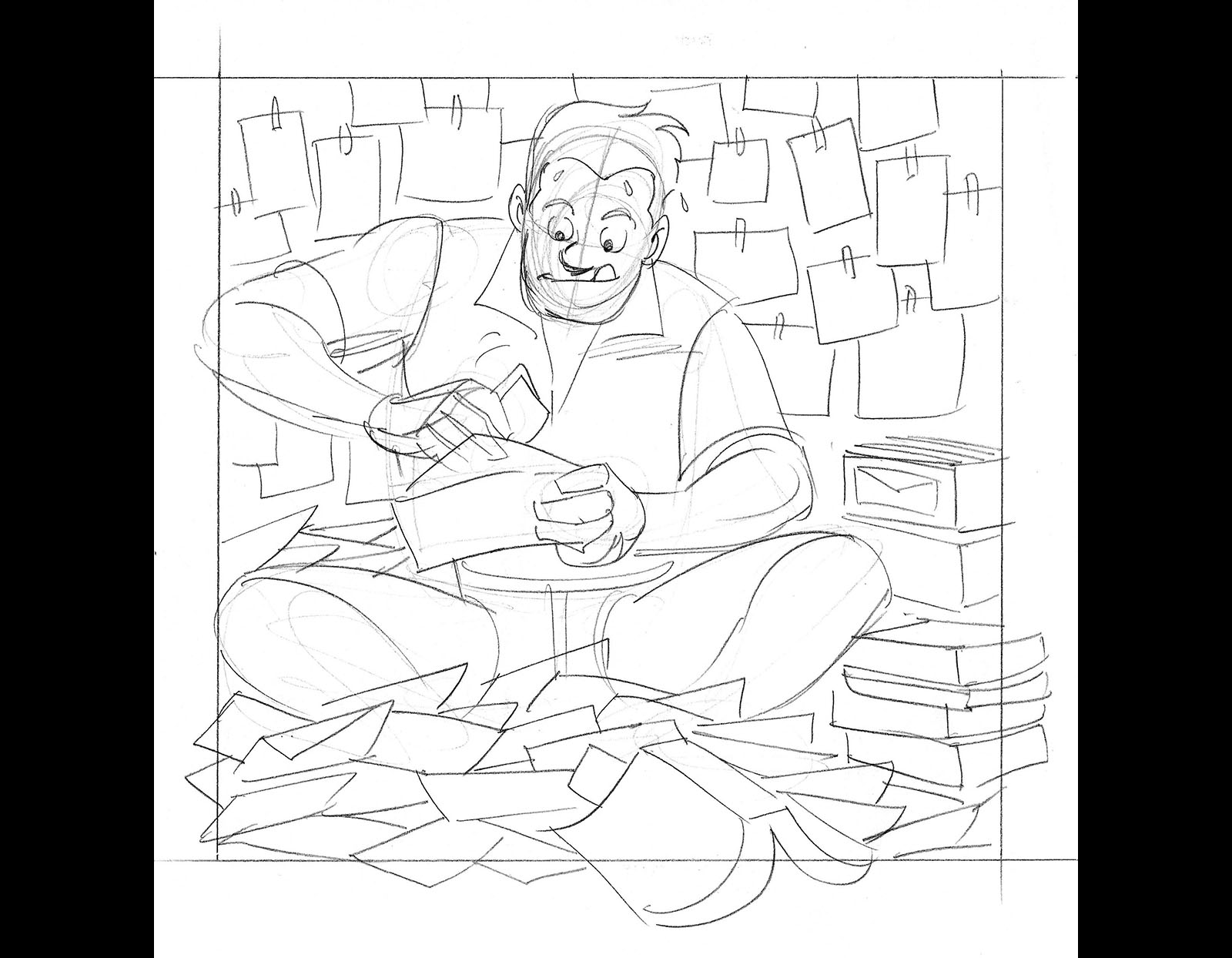 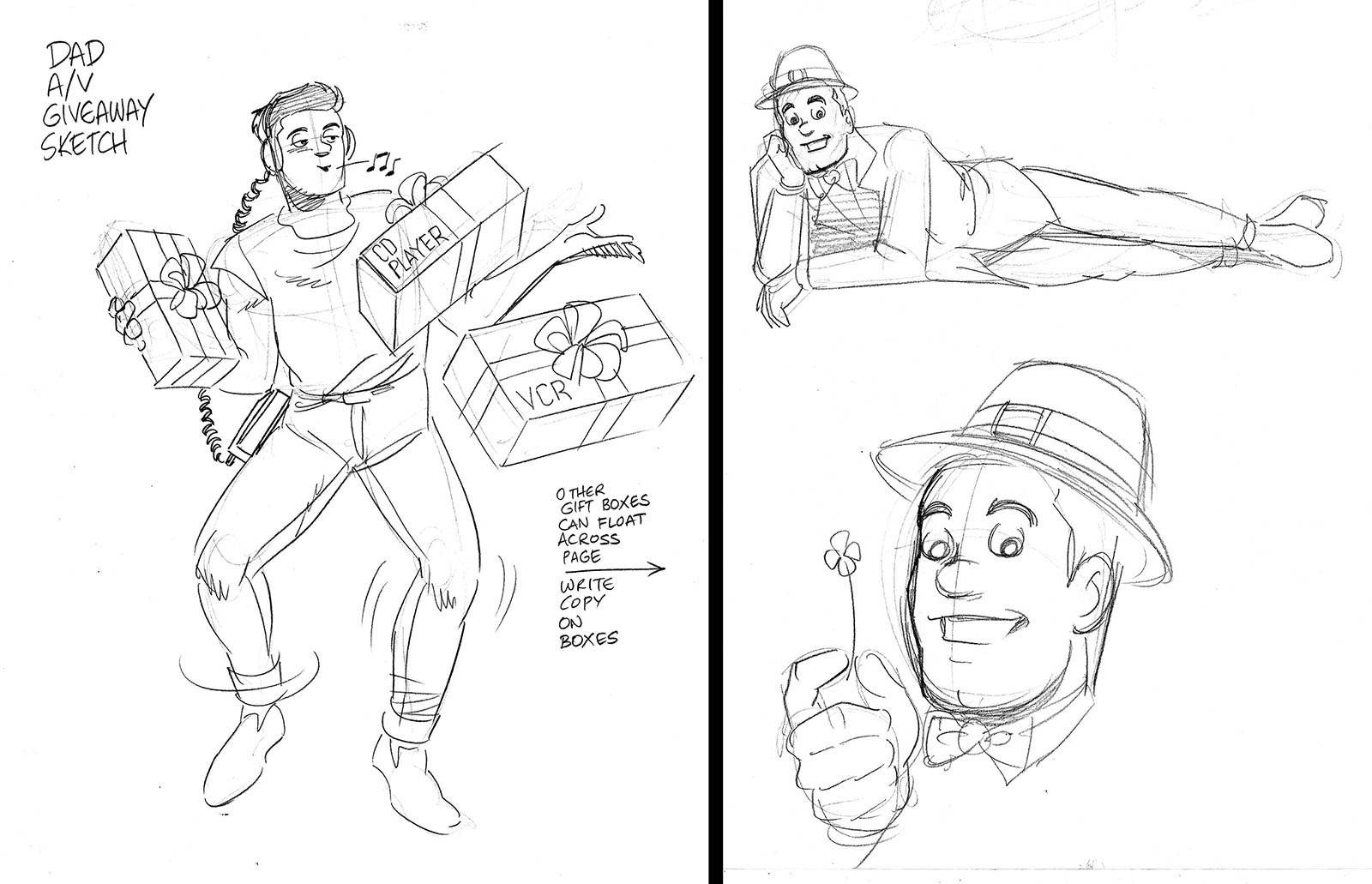 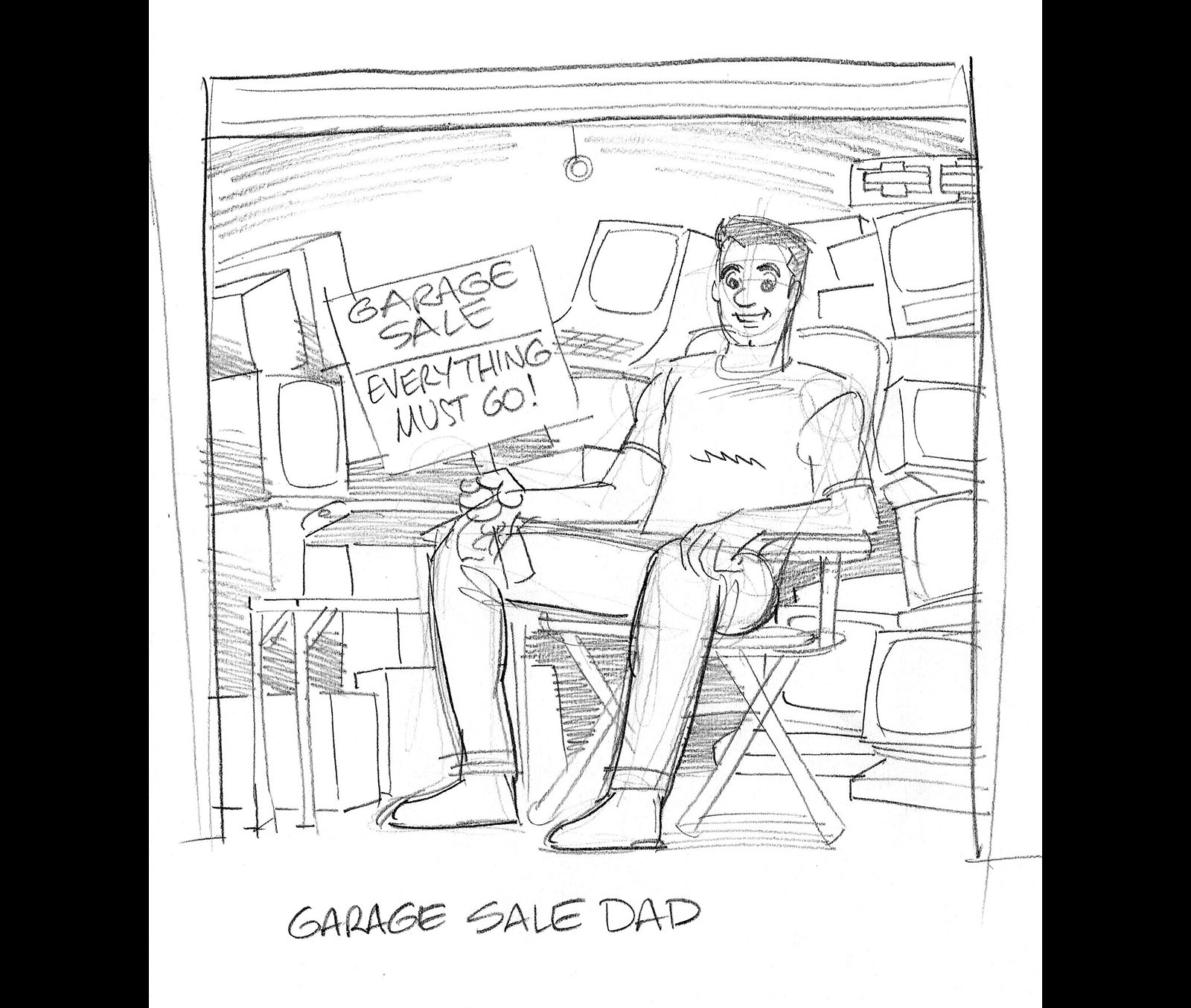 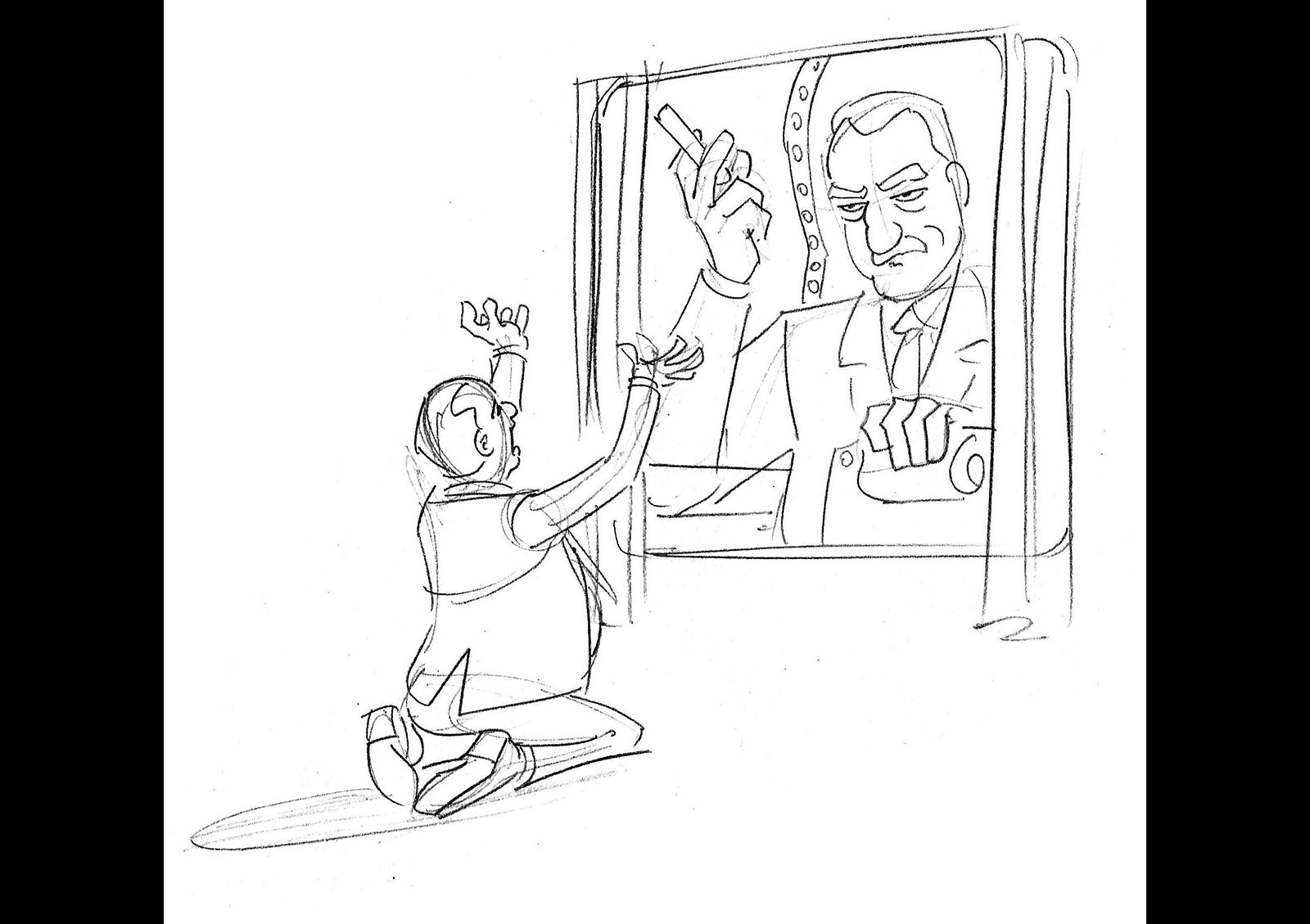 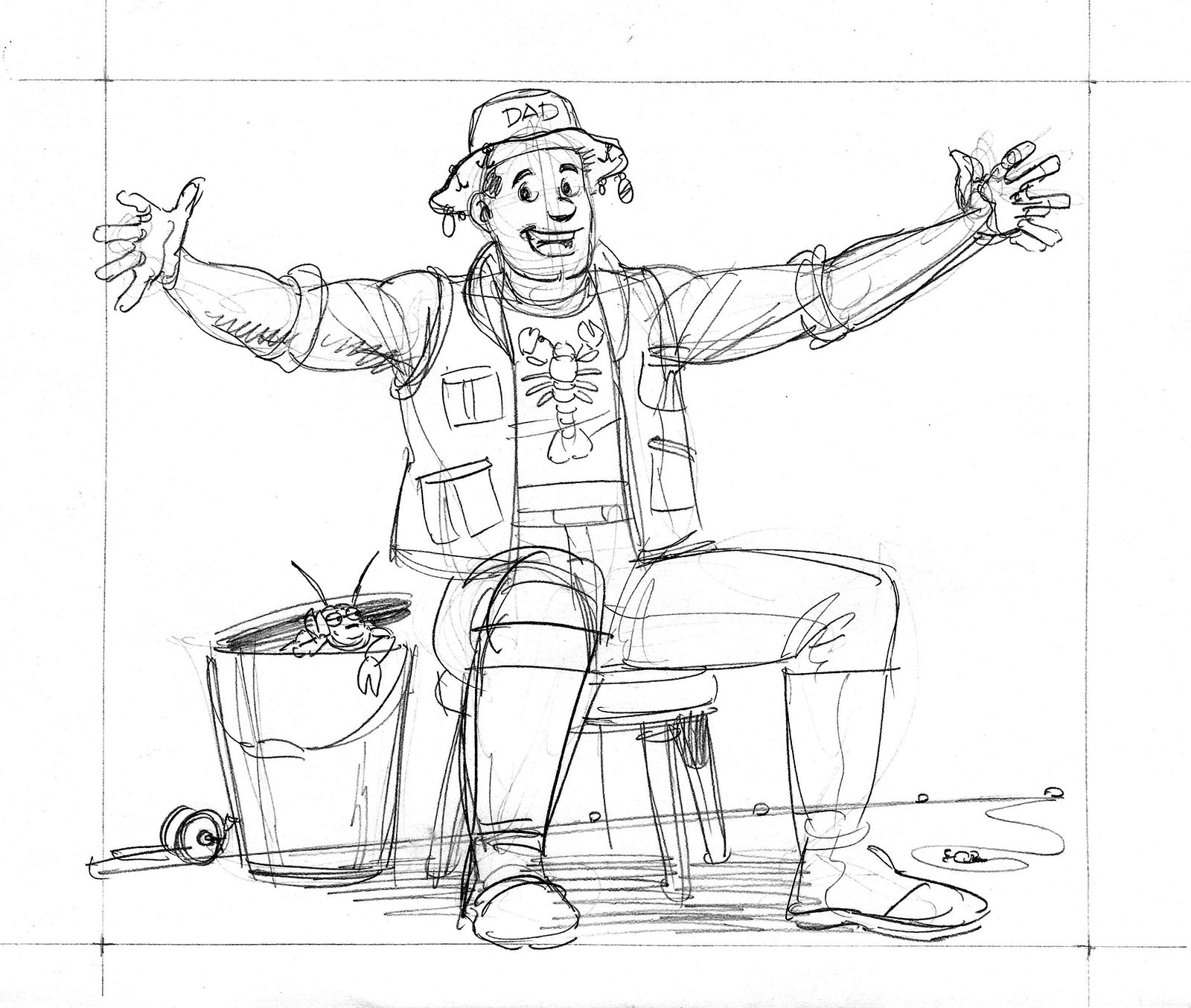 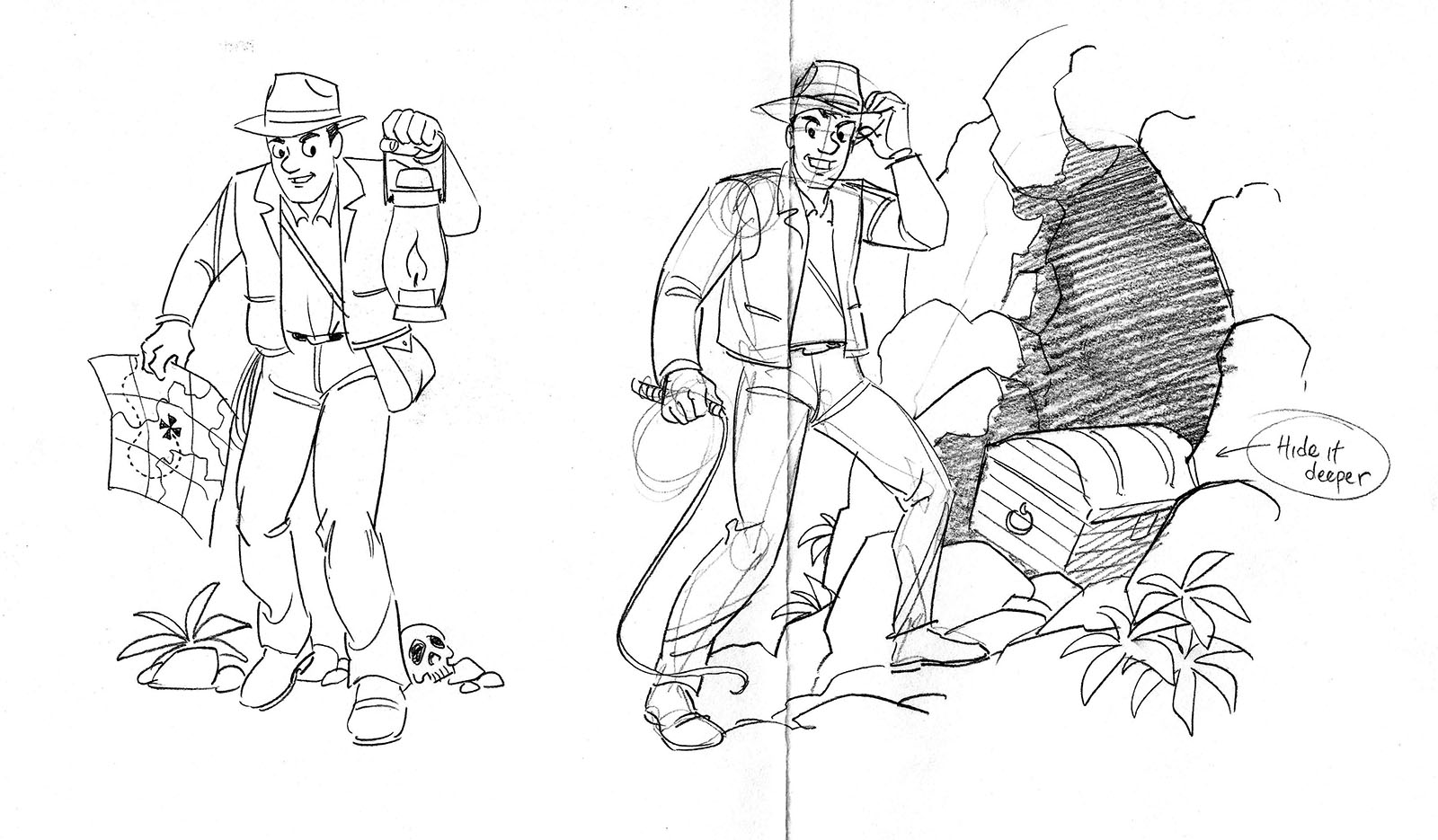 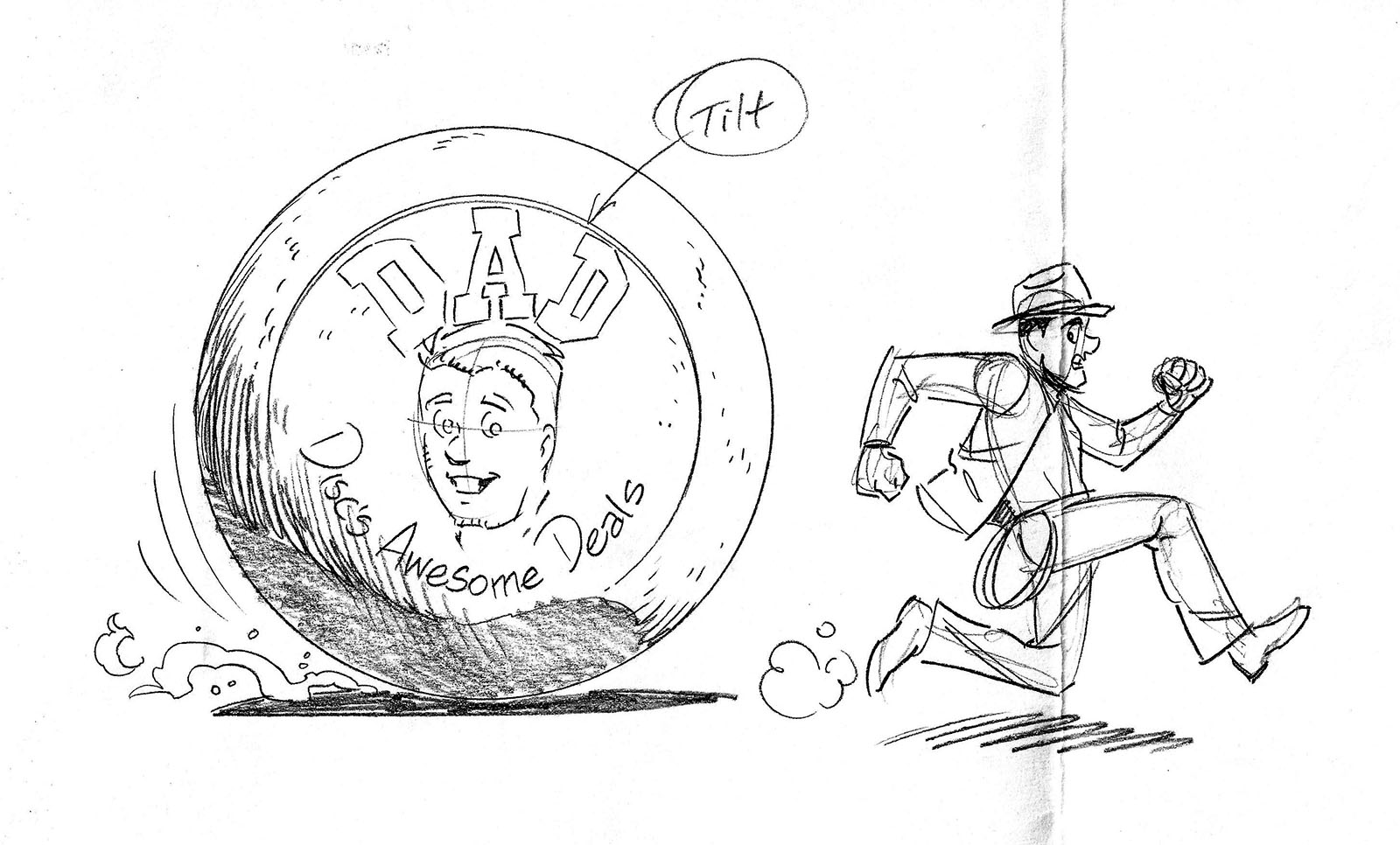 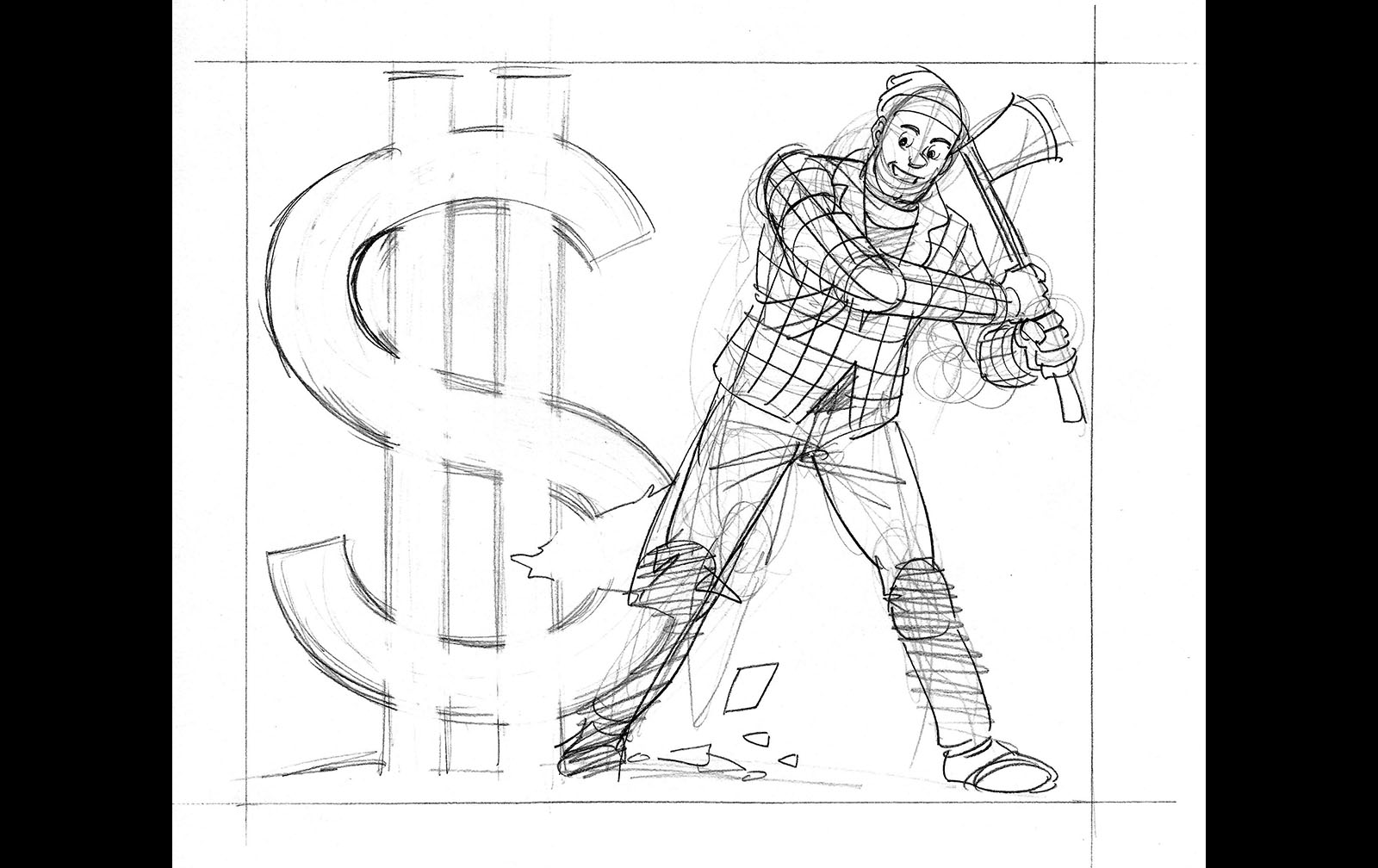 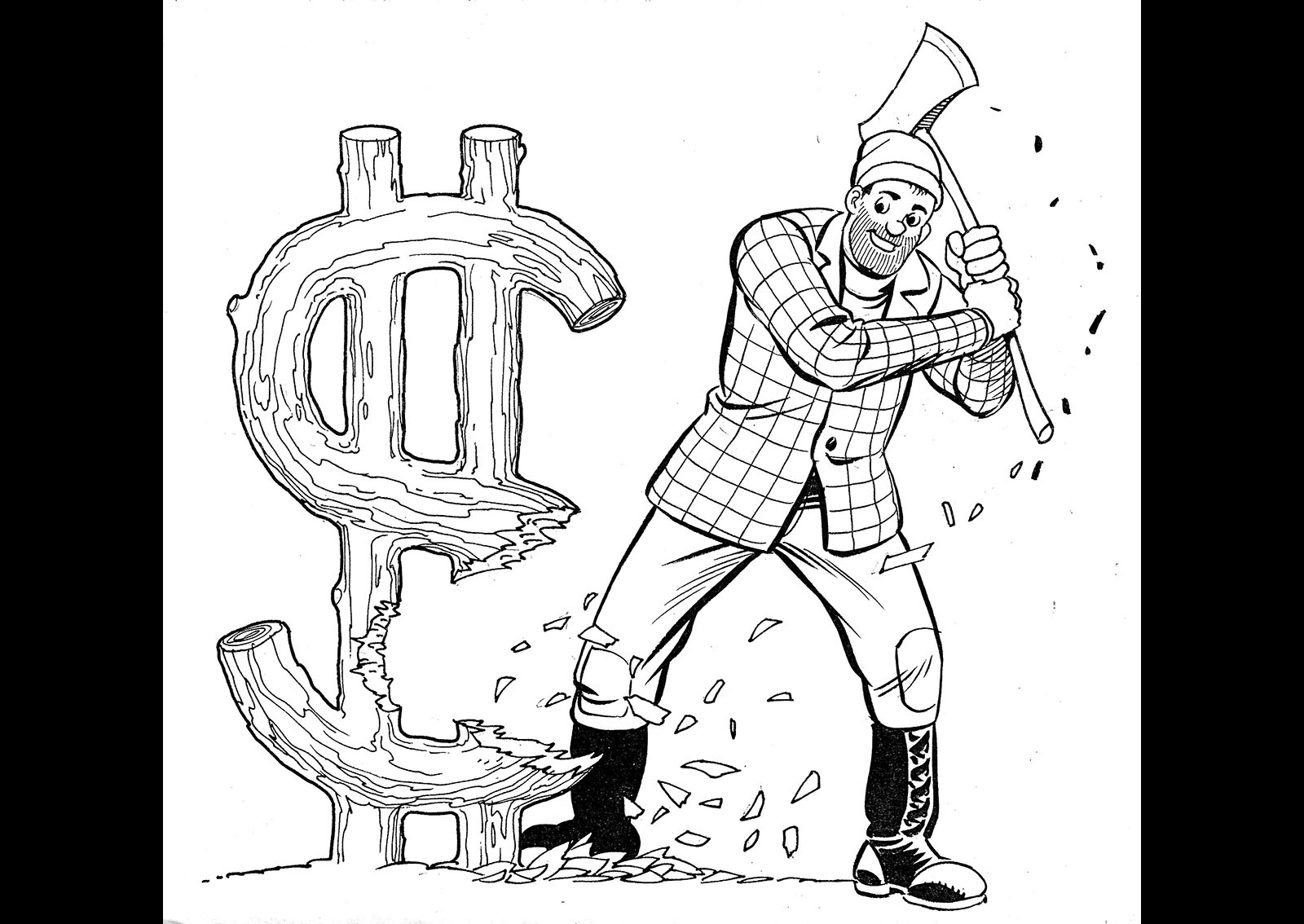