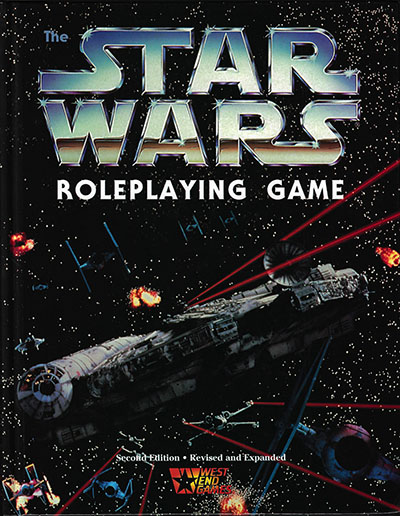 My 11th Star Wars assignment from West End Games came to me in April 1996. It would be my second-to-last job for them, and it came right at the beginning of my transition into TV animation (described here).

Before I freelanced for West End, I bought just one of their books; the original 1987 Star Wars Sourcebook. I wasn’t a gamer, so I didn’t pick up any of their other books, but getting to contribute to an “anchor” publication like this one felt like closing a circle. The official title was “Second Edition, Revised and Expanded.” It was a followup to the previously-published “Second Edition,” though I couldn’t tell you what was changed.

What I can tell you is that this was my first and only color assignment for West End, and I tackled it with gusto. I’d been coloring comics in Photoshop for a couple years by this time, and had worked out various special techniques along the way. Chief among these was to create artwork in layers so different digital effects could be applied. The layers would be scanned separately and composited, not unlike film elements in the pre-CG age.

This meant there wouldn’t be a “complete” version of the original art with all the pieces visible in one image, but I had zero concern about that since I saw no need for it. Making it easy to color was my priority. Pulling all the lines apart in Photoshop to make them color-ready would have been a huge waste of time, and I cringe whenever I see artifacts of that process in a comic book. Colorists already work hard enough without having to do surgery on top of it.

Proof of concept was the finished book itself, which looked great. My only regret is that I no longer have the Photoshop files, and no idea where they went. So the finished versions below were scanned from the book itself. 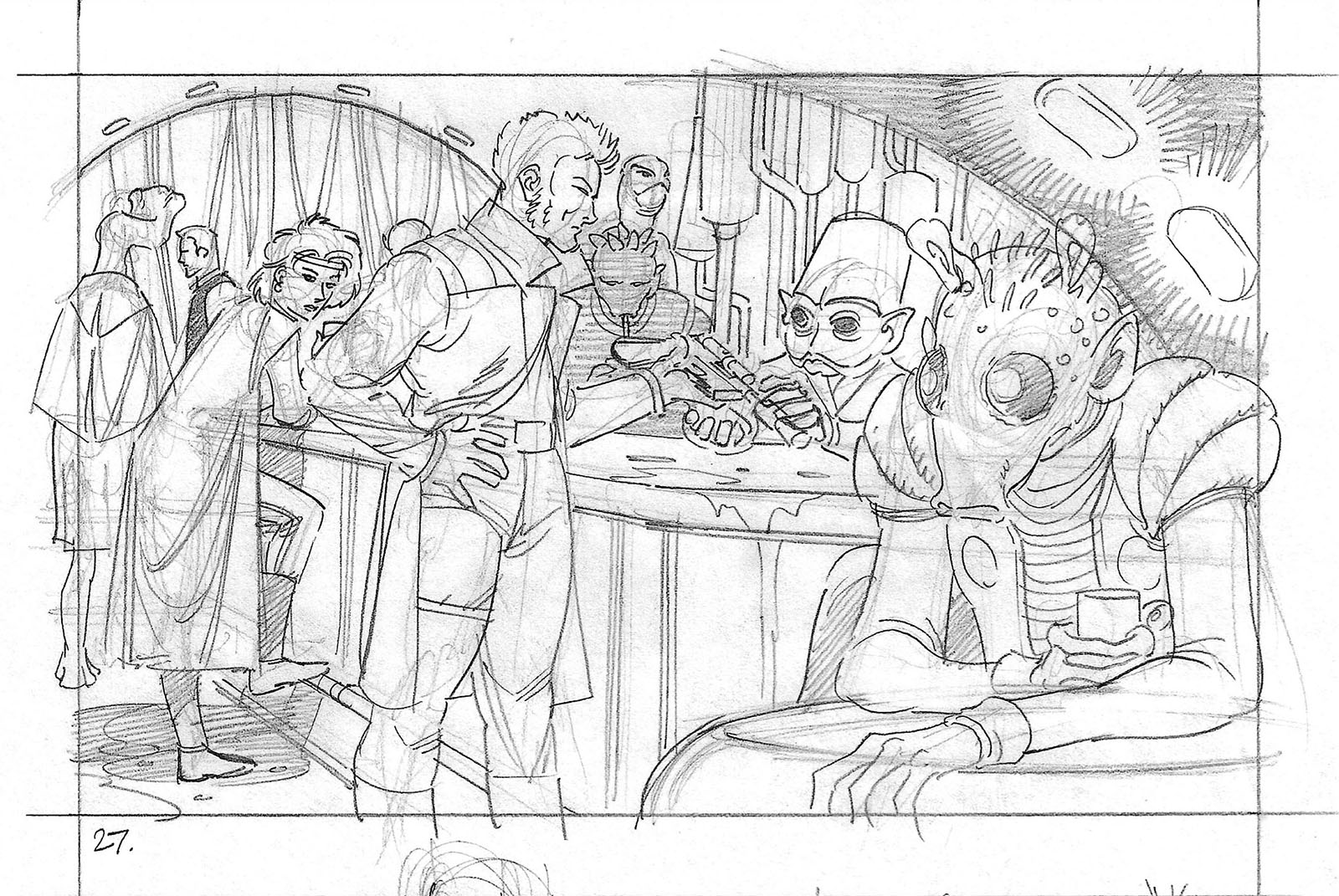 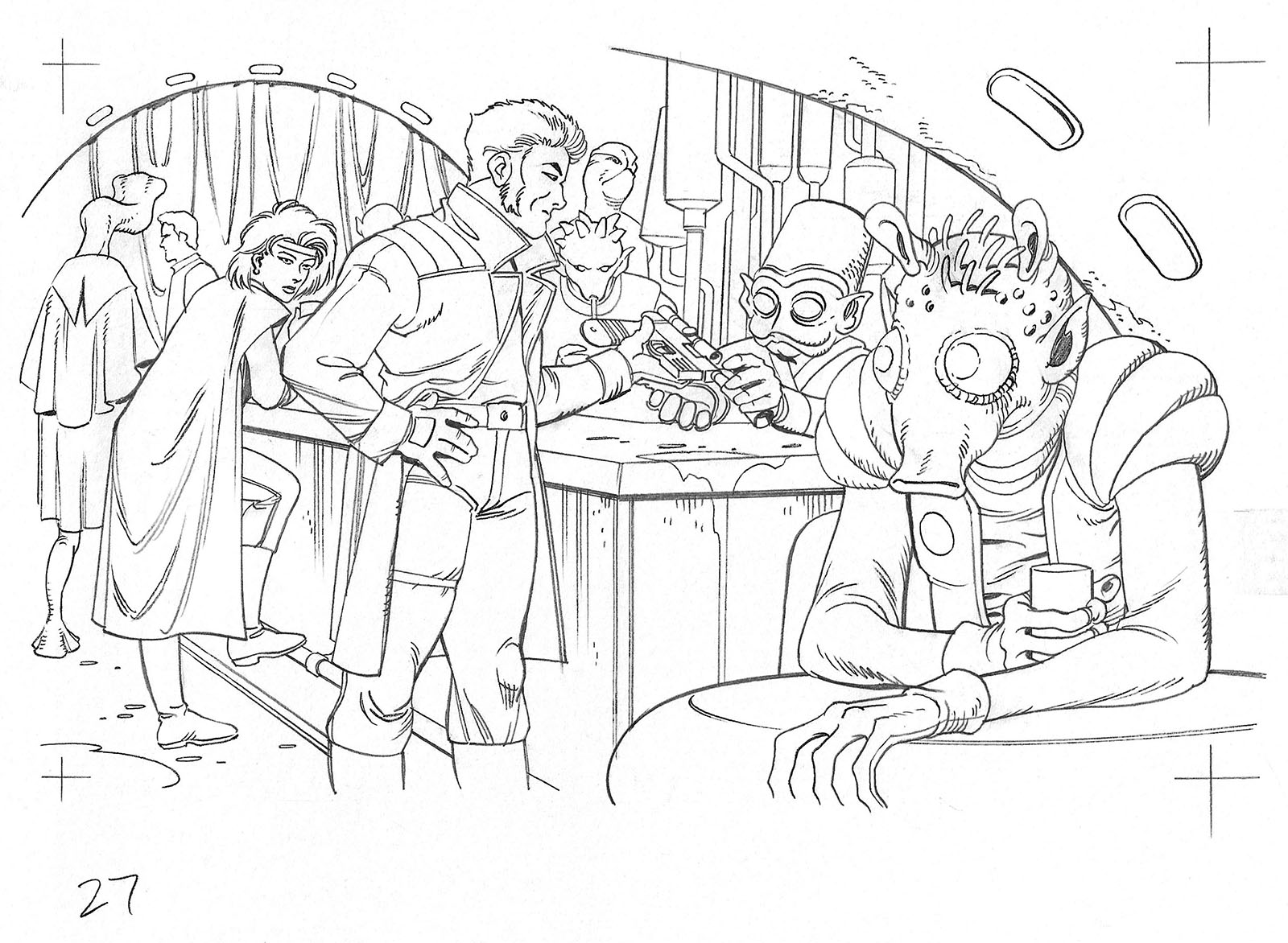 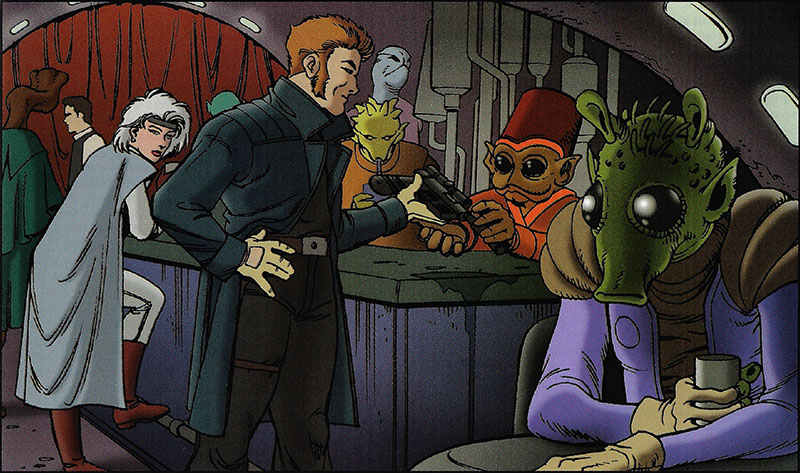 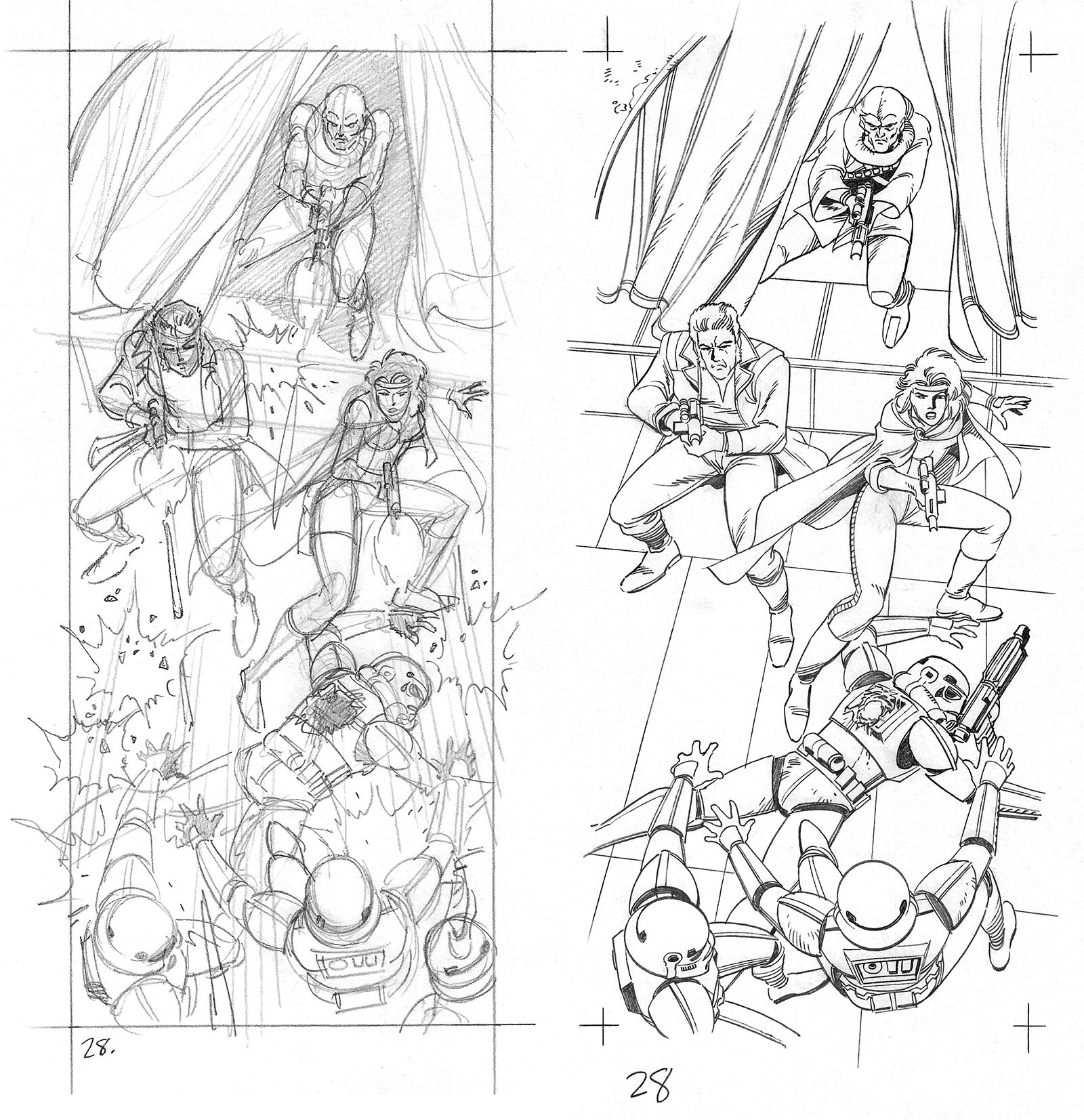 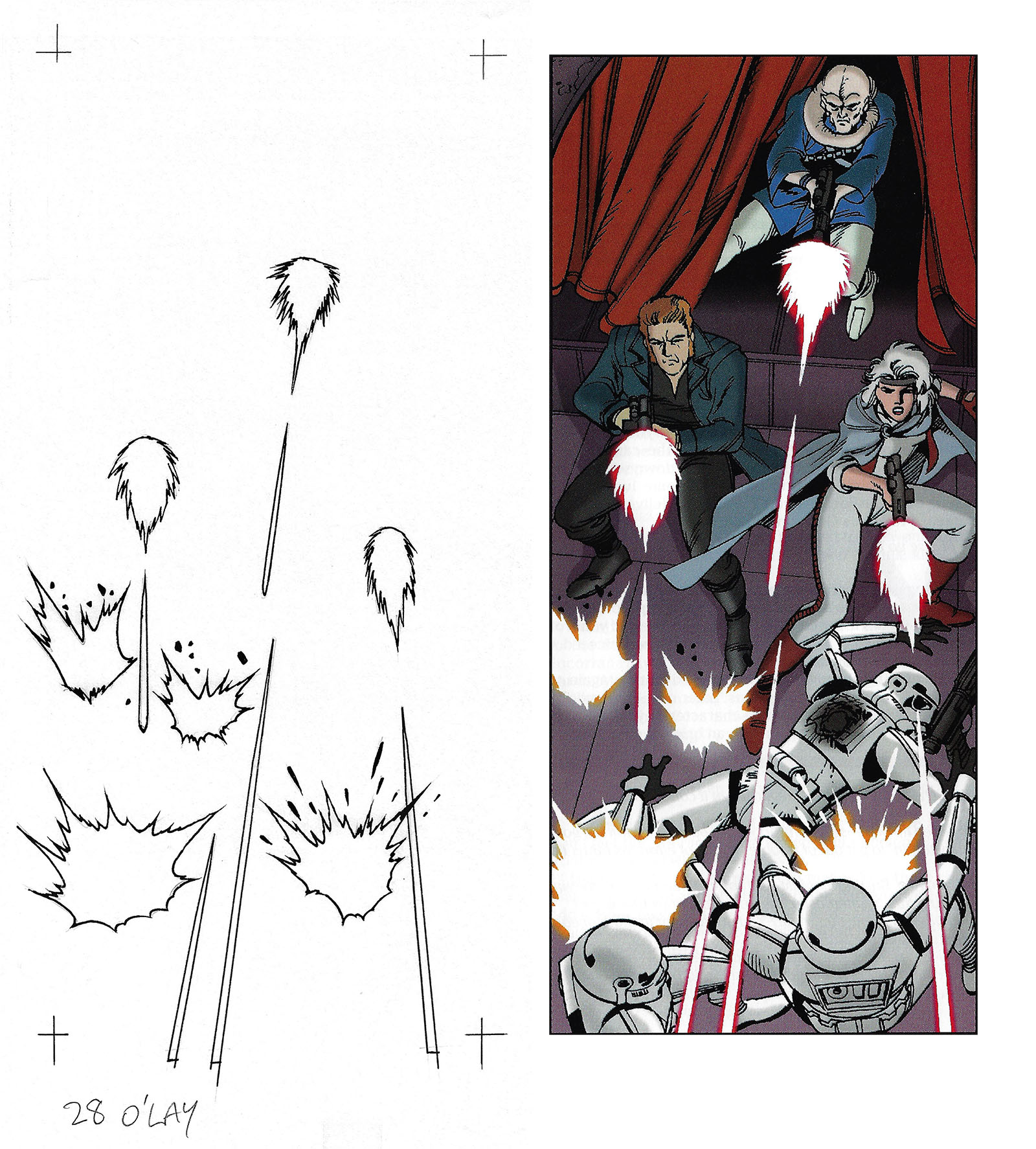 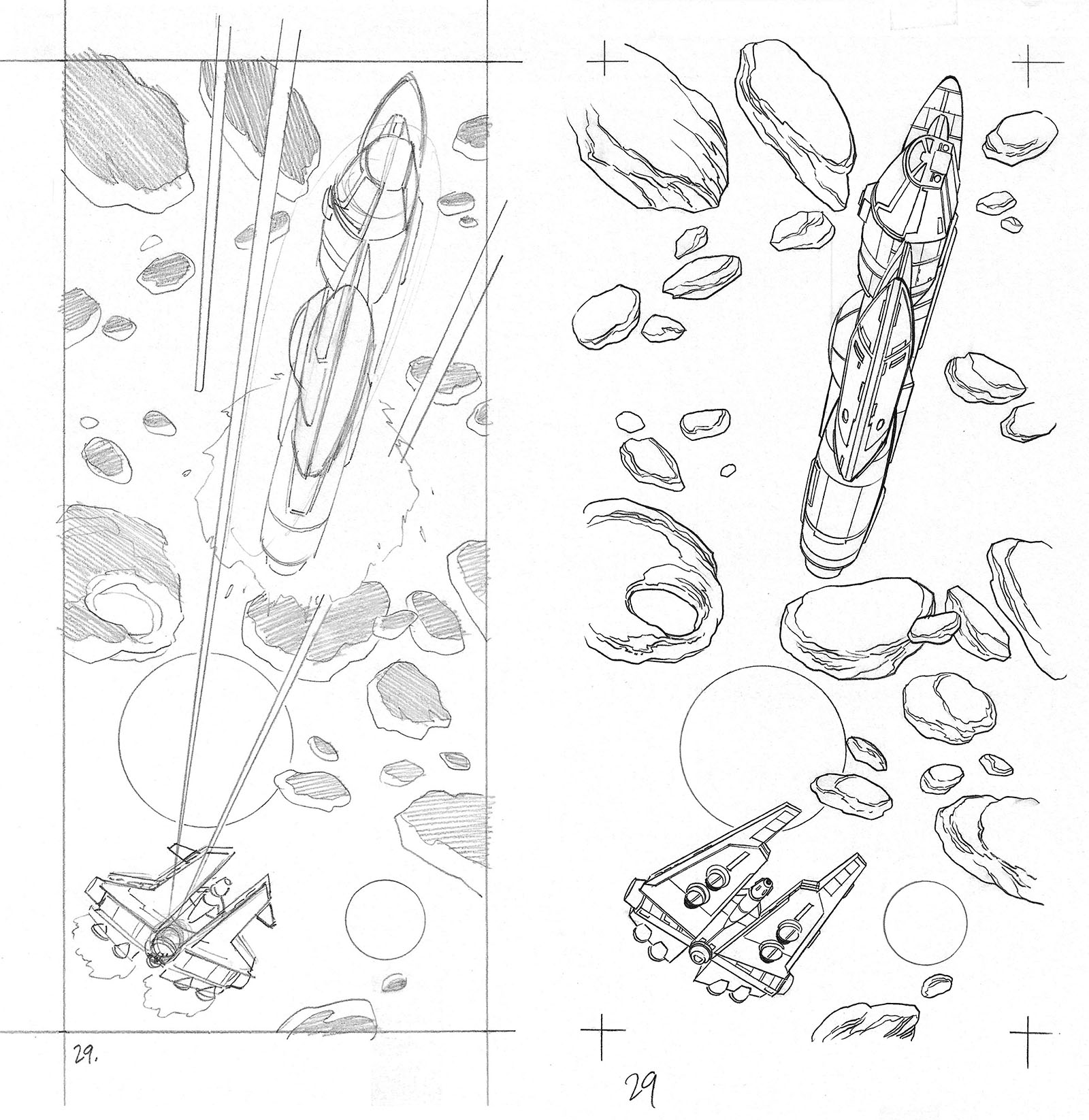 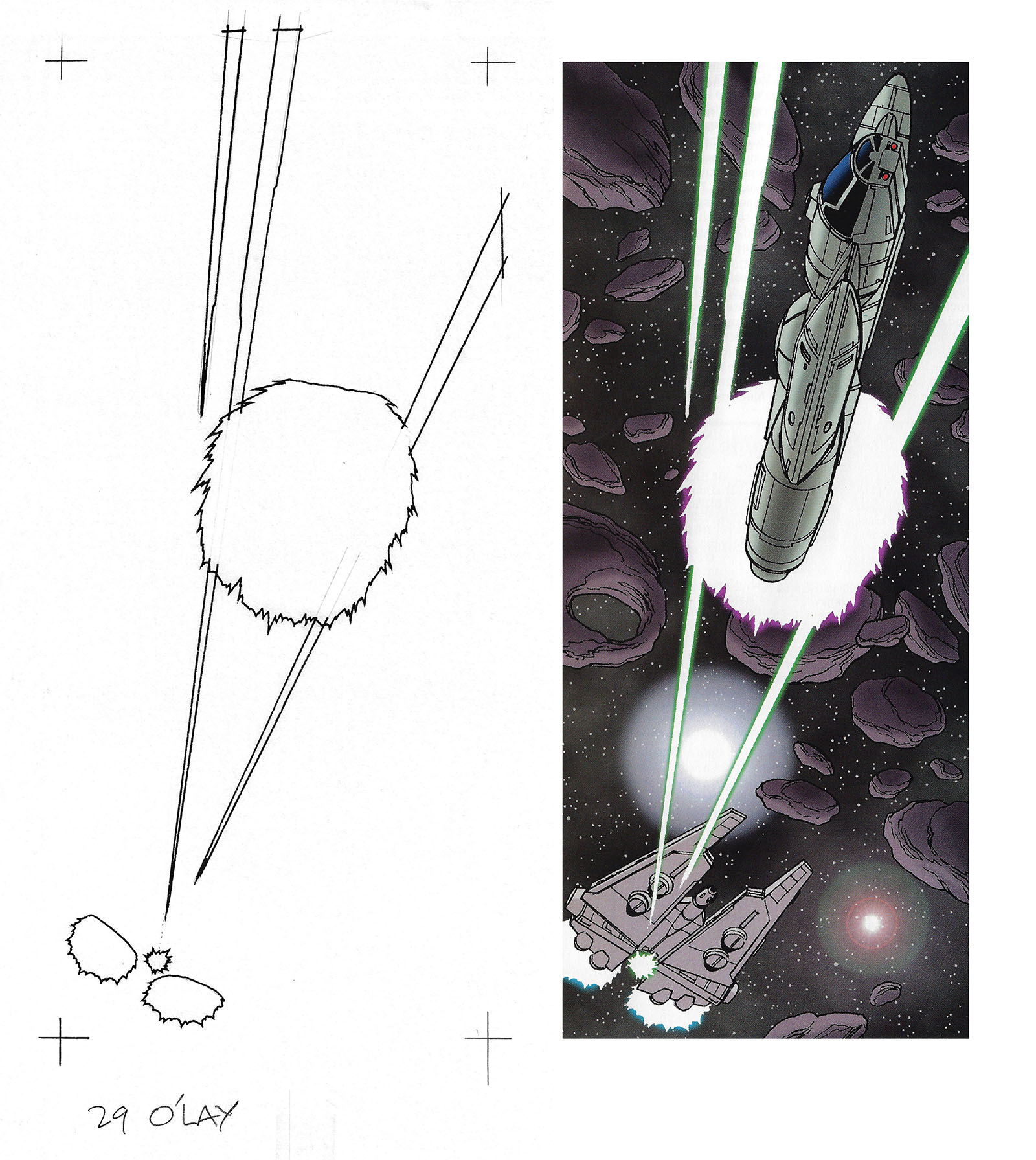 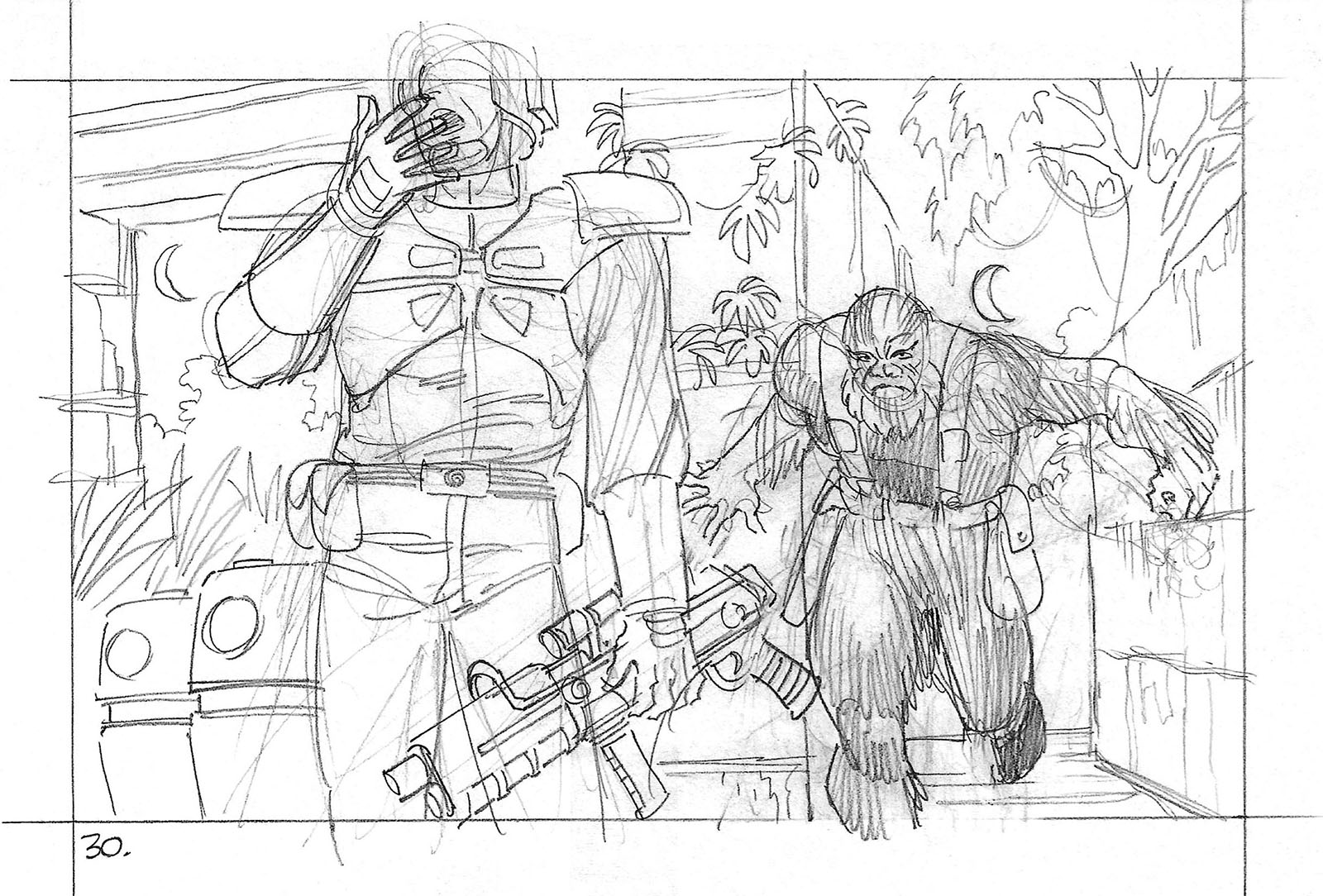 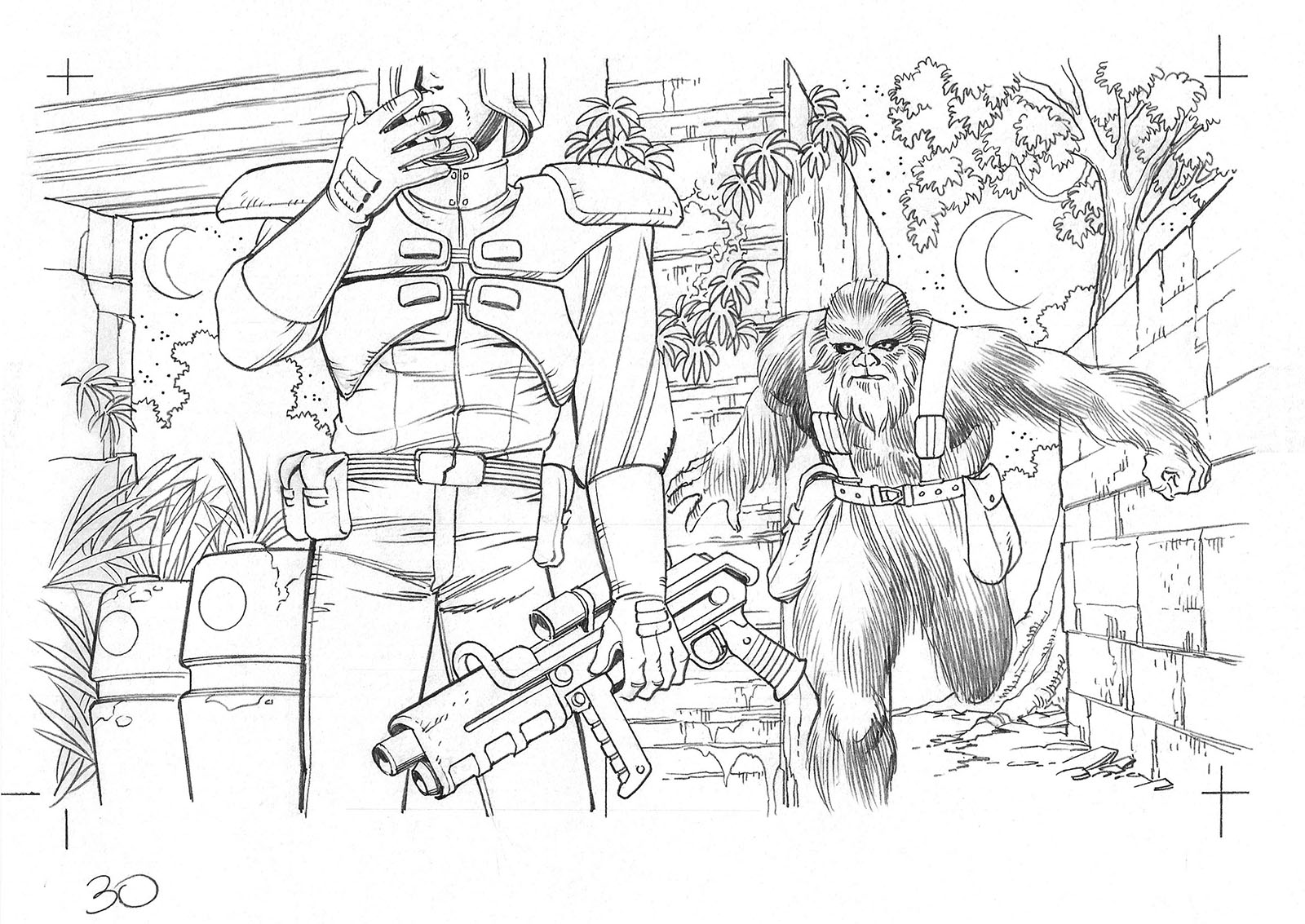 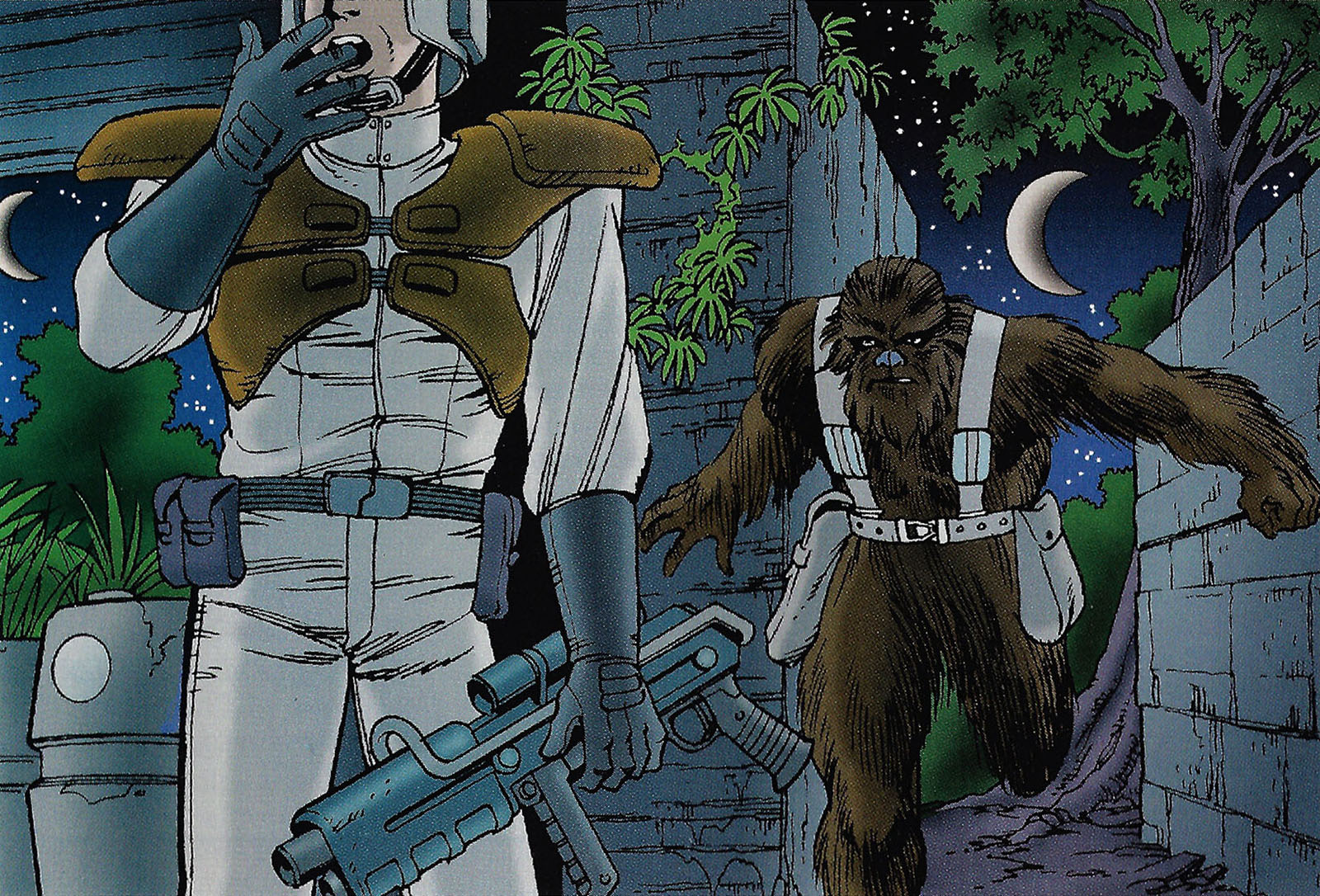 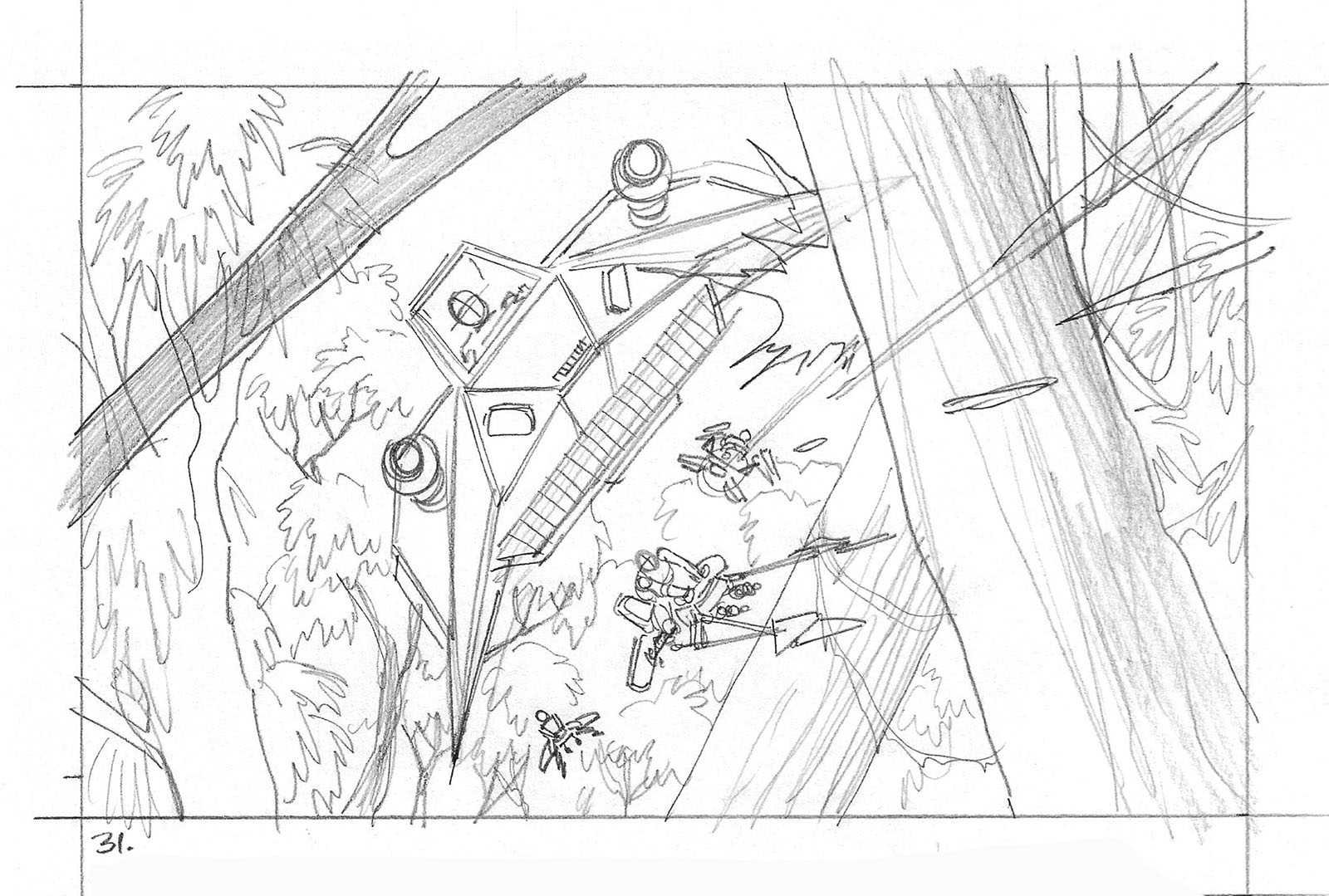 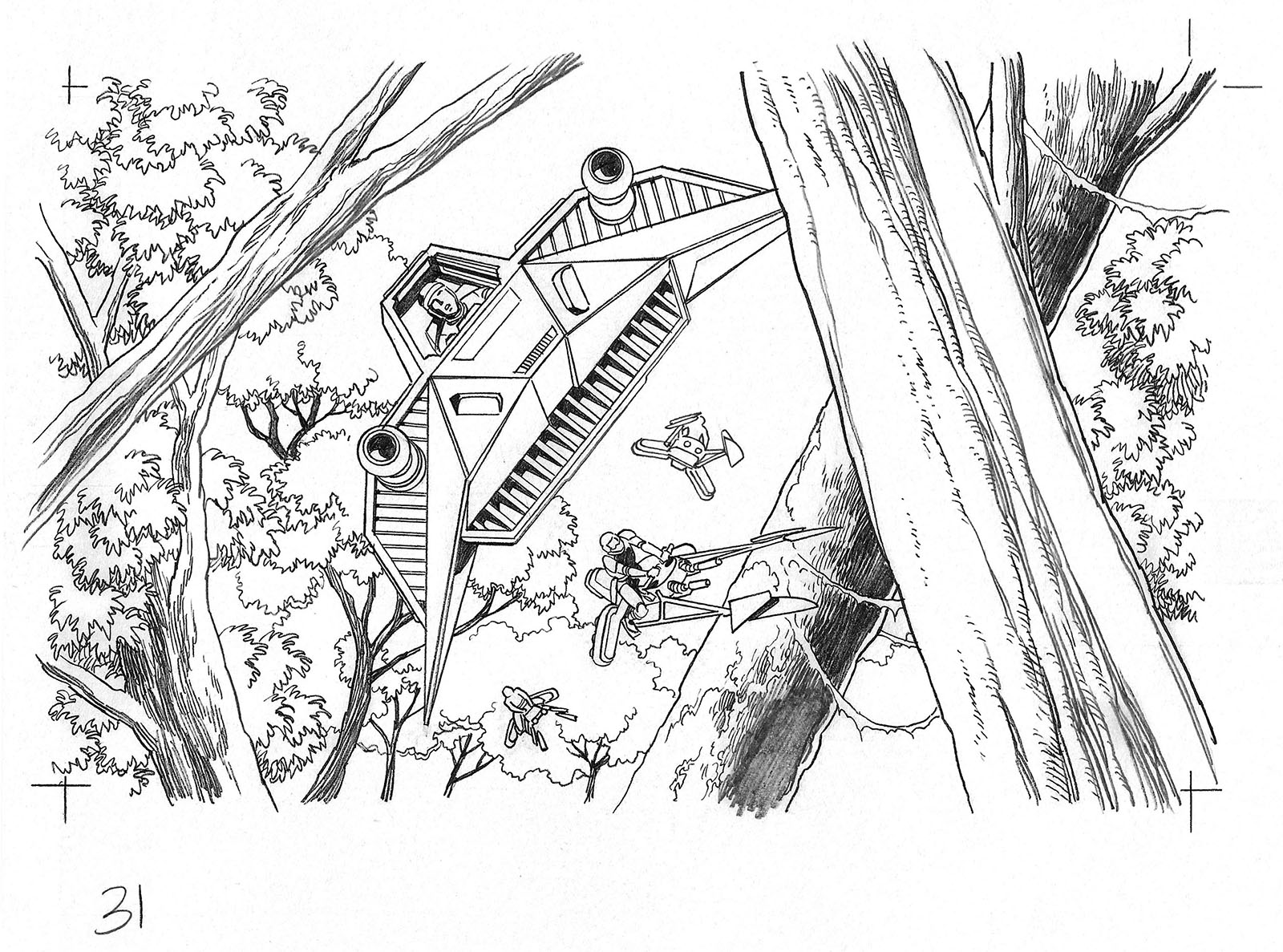 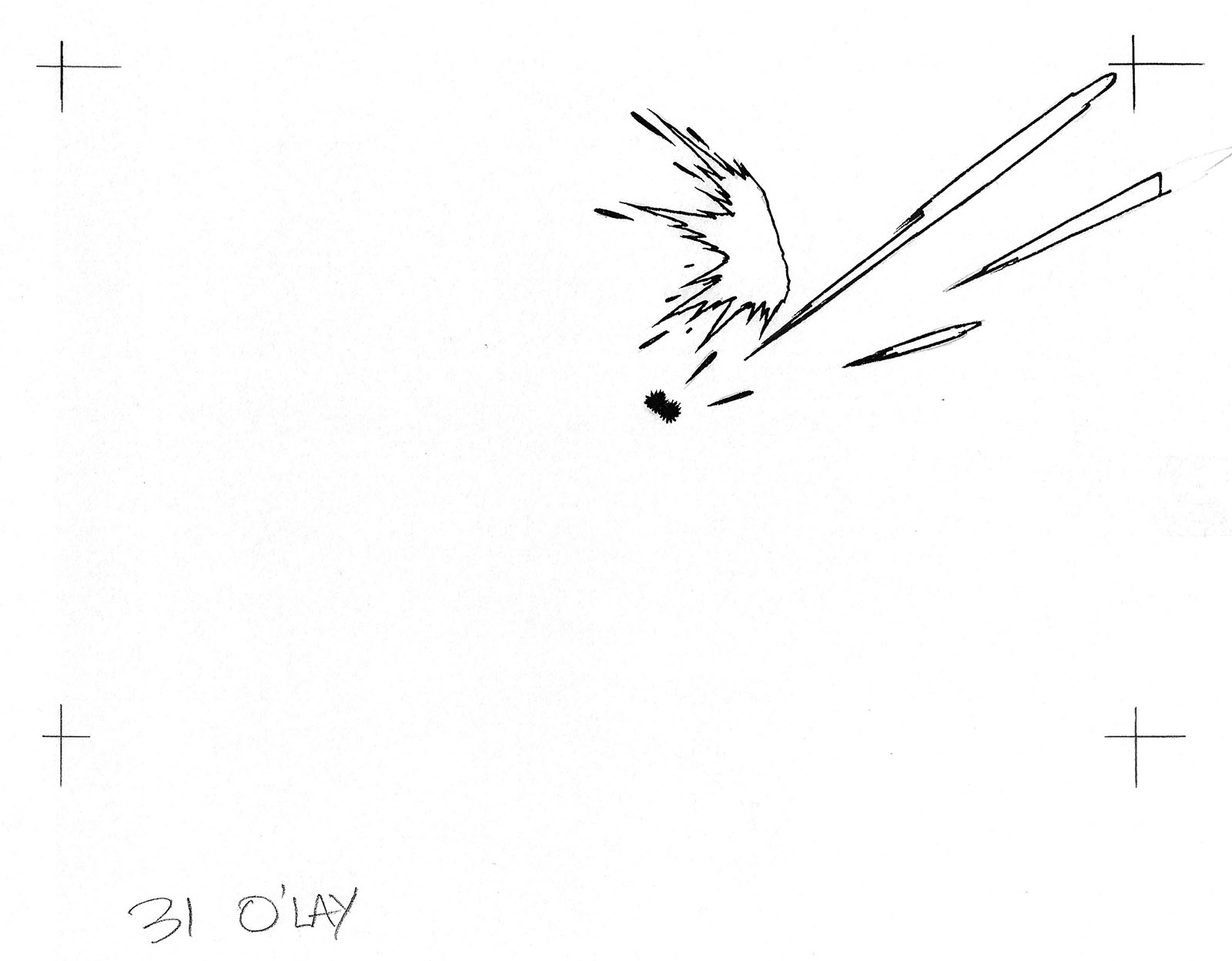 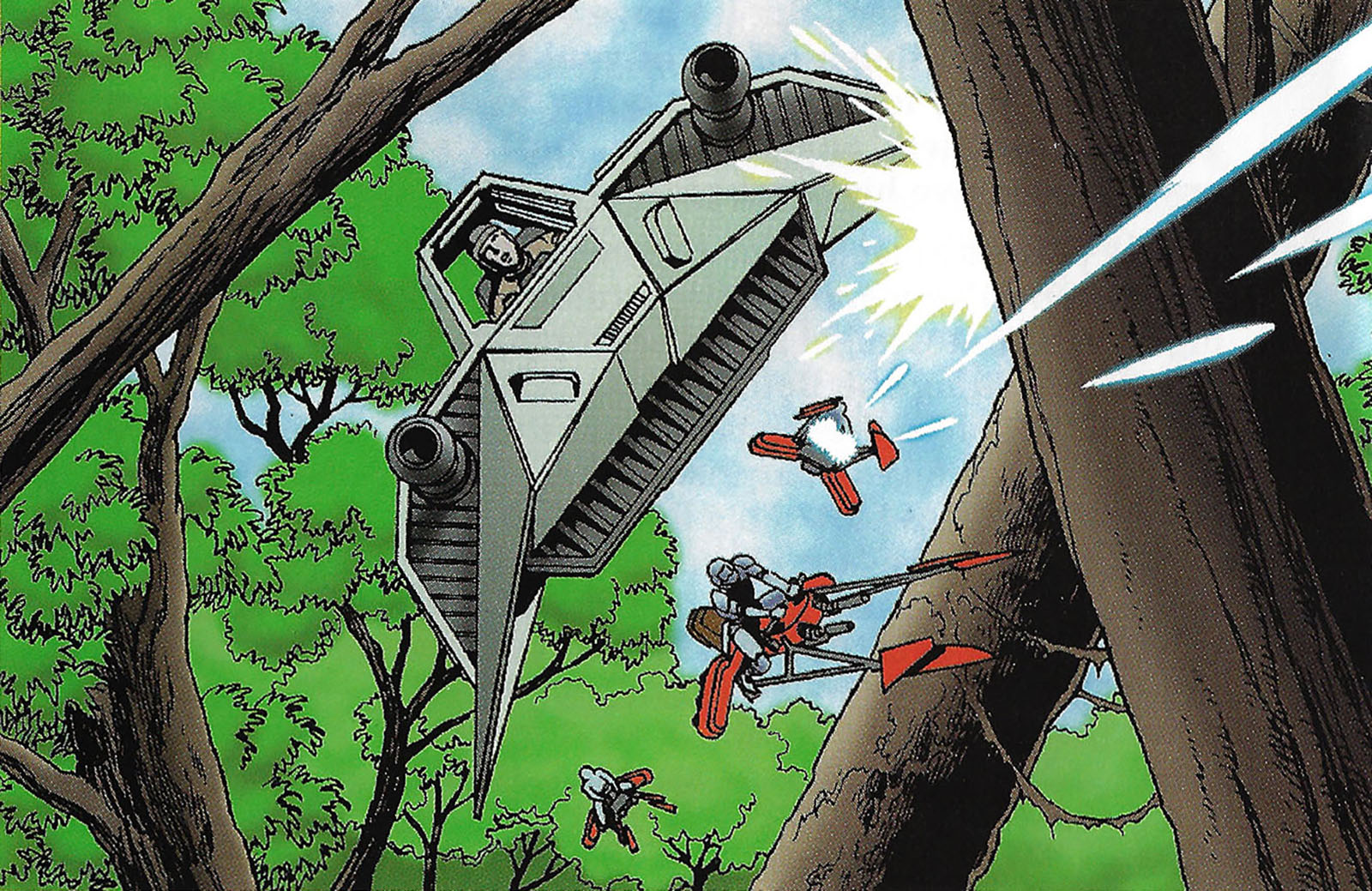 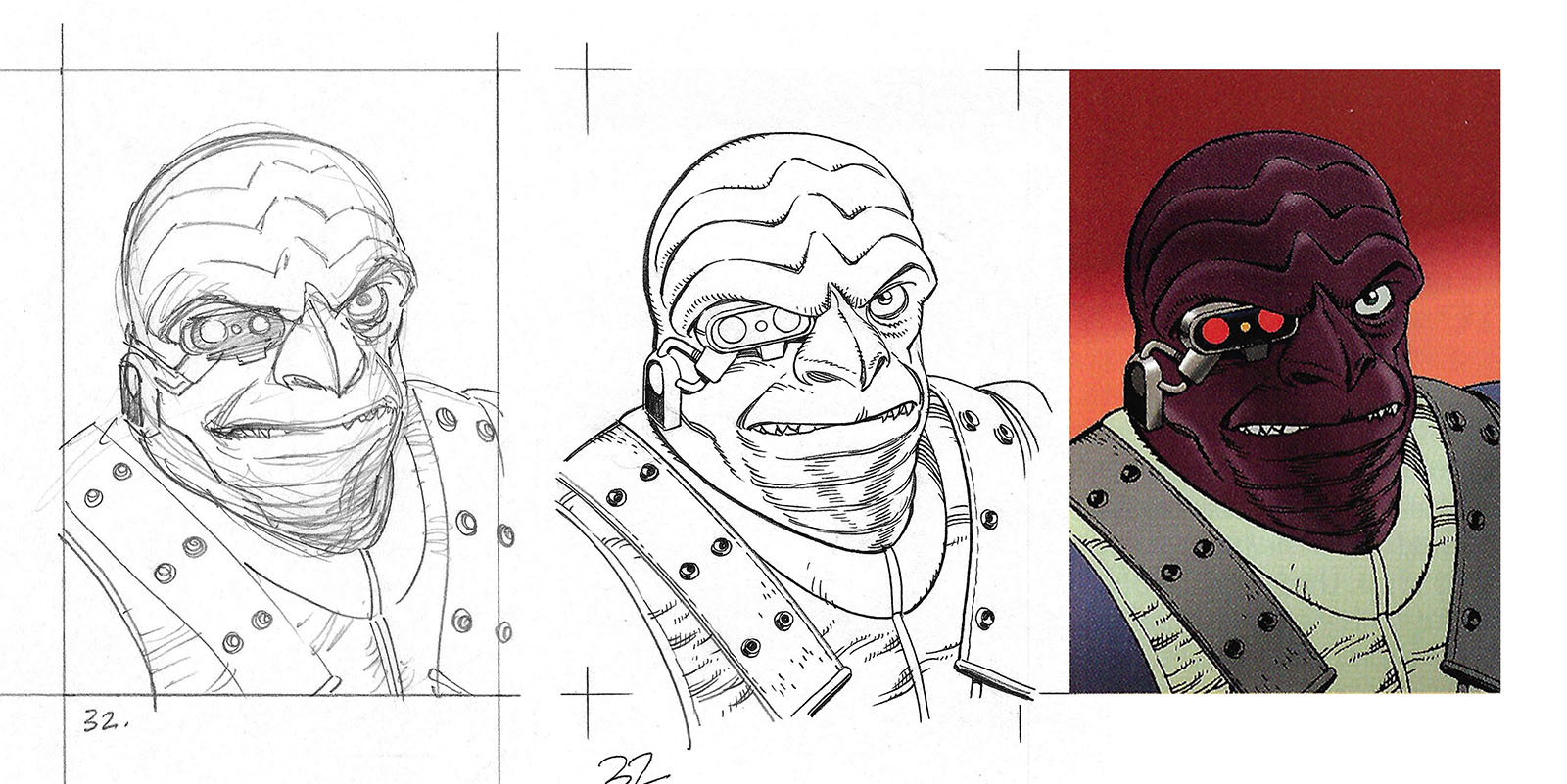 The next two illustrations didn’t appear in the book. If they were transplanted into another book, I haven’t yet seen it. 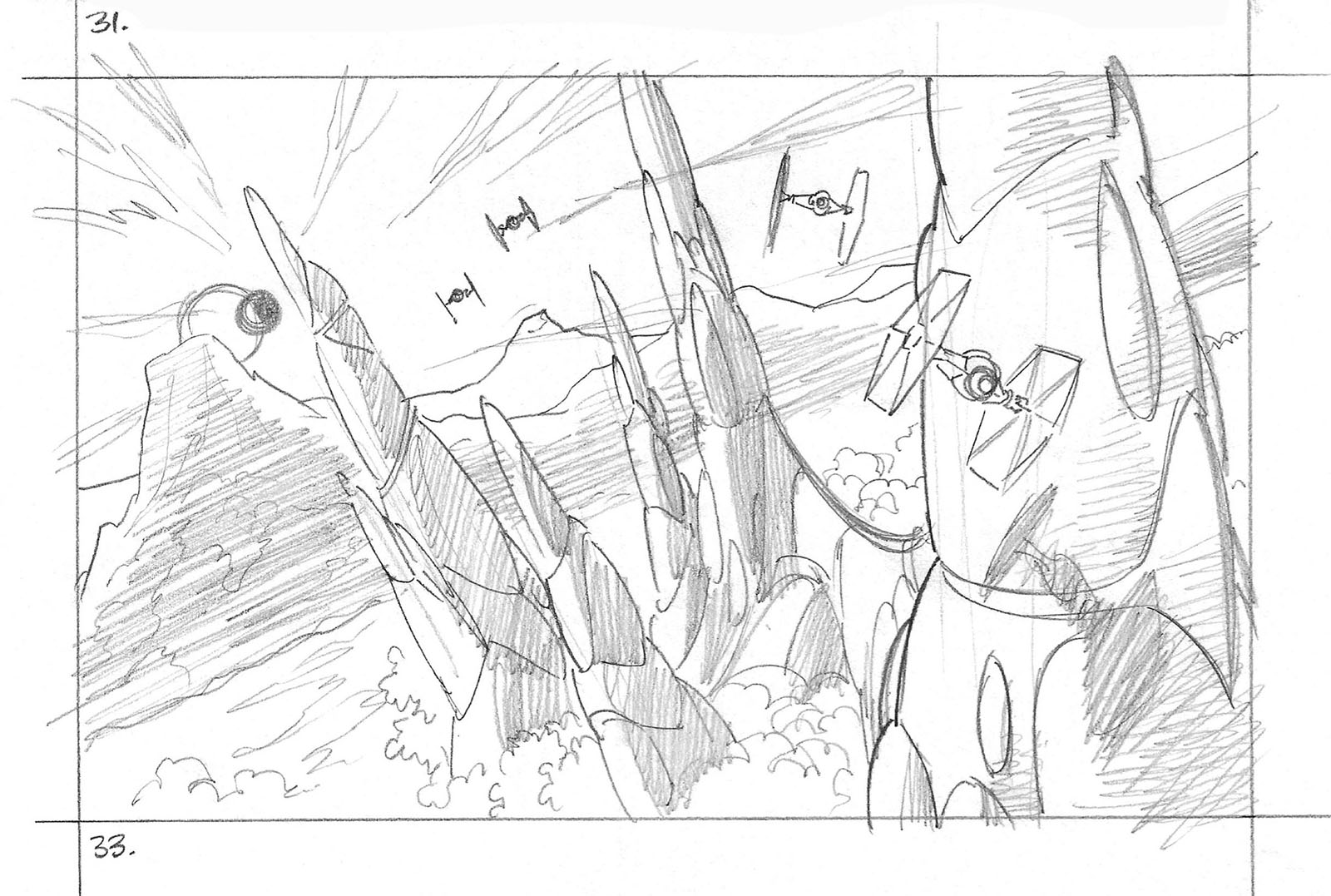 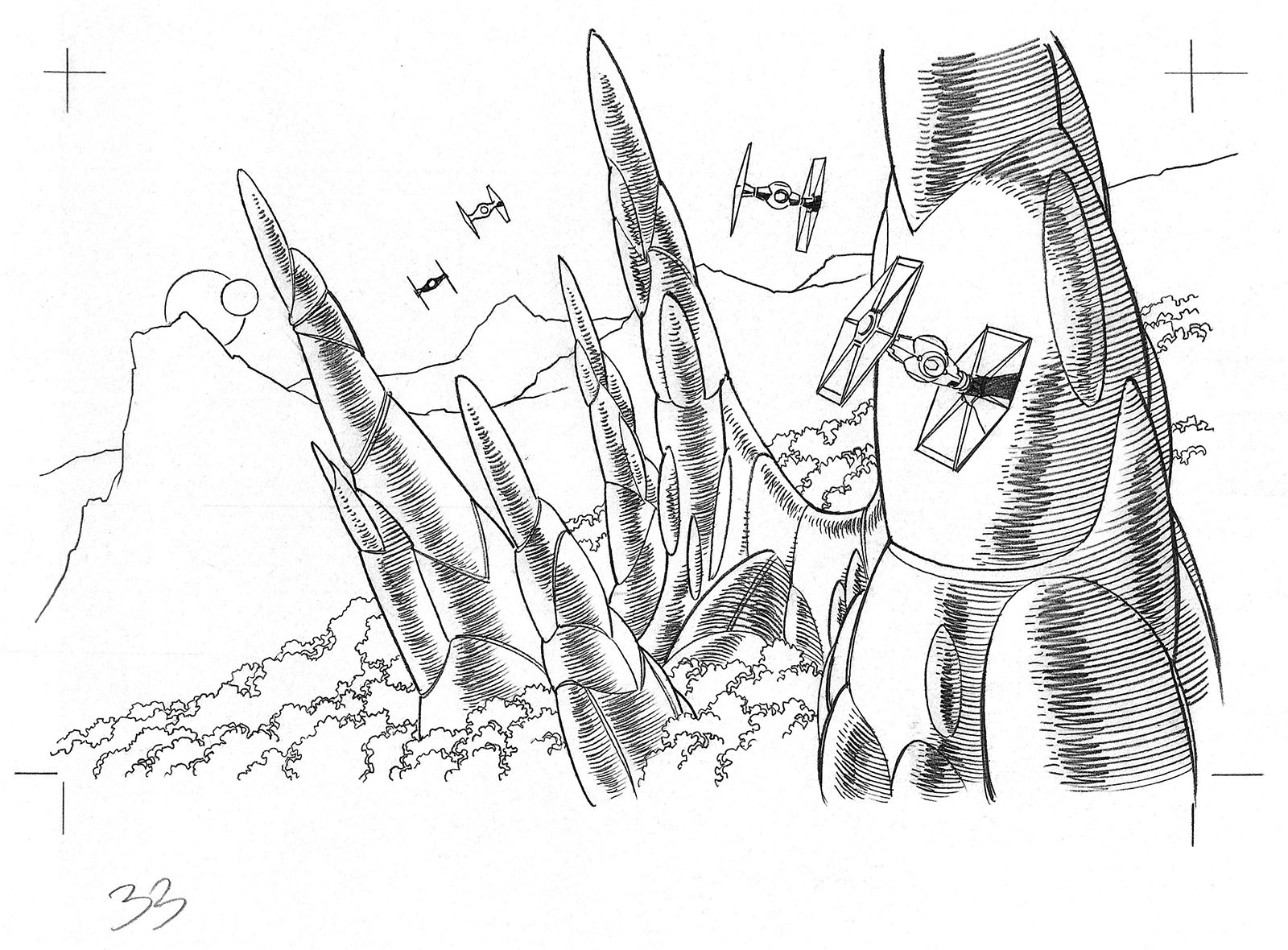 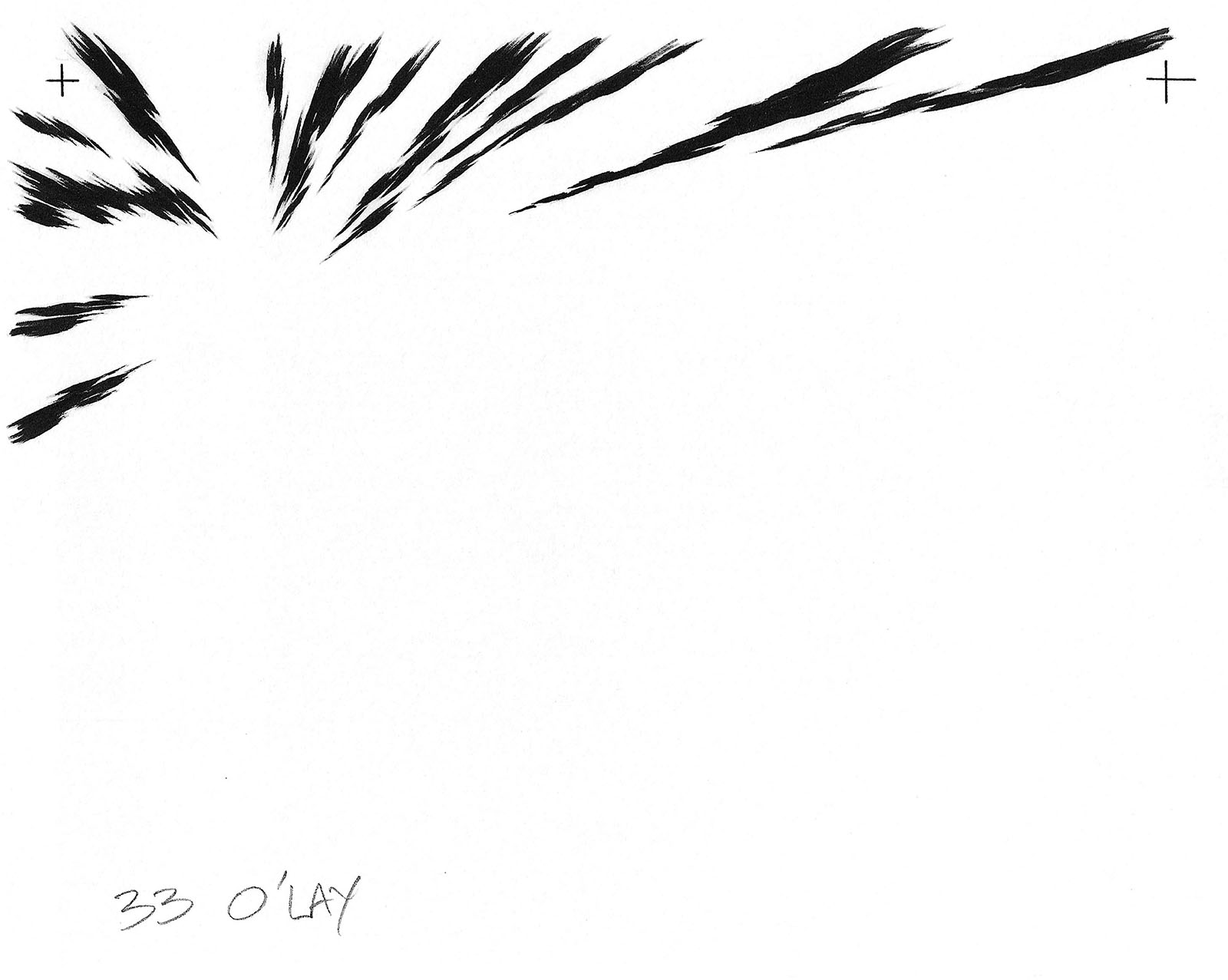 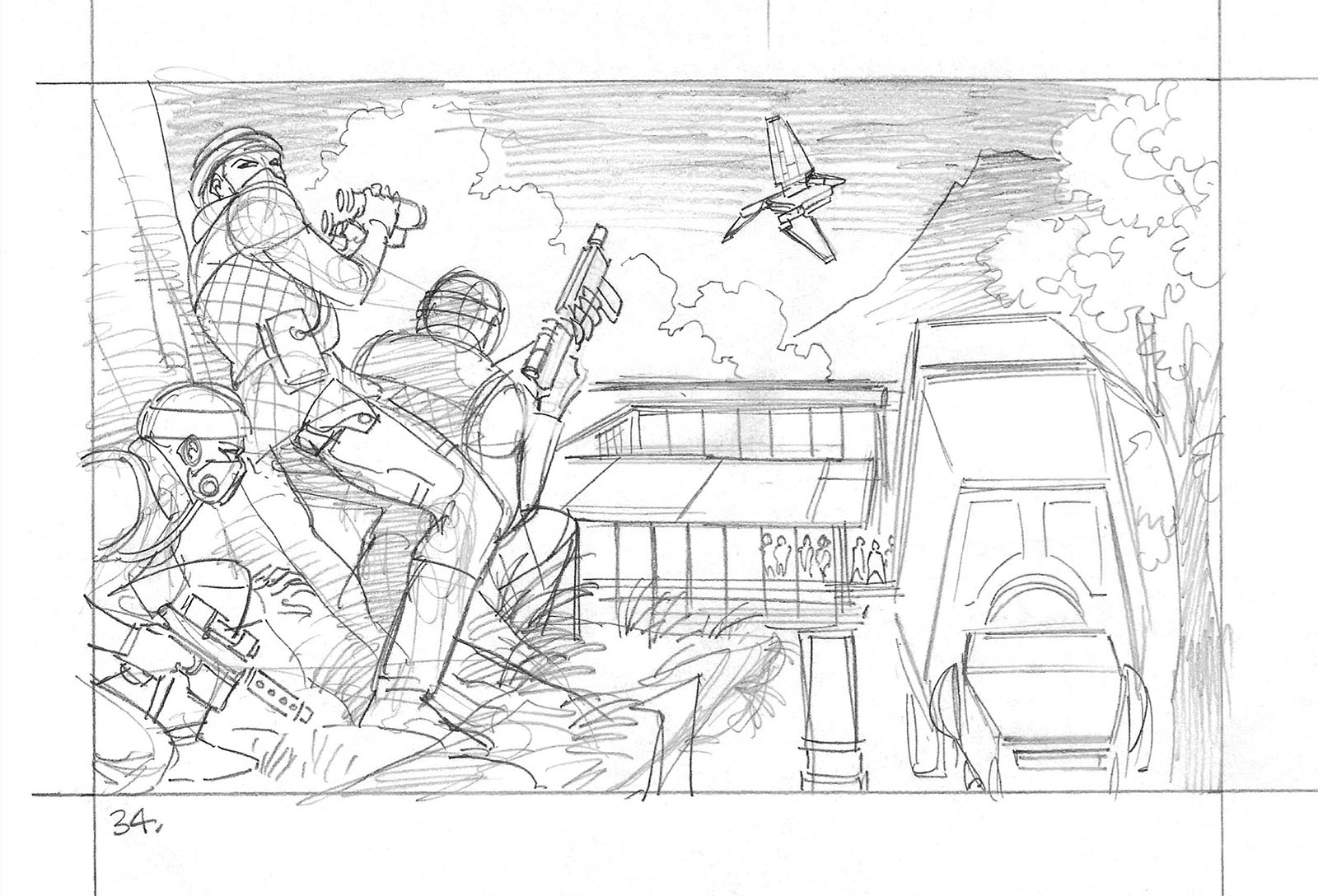 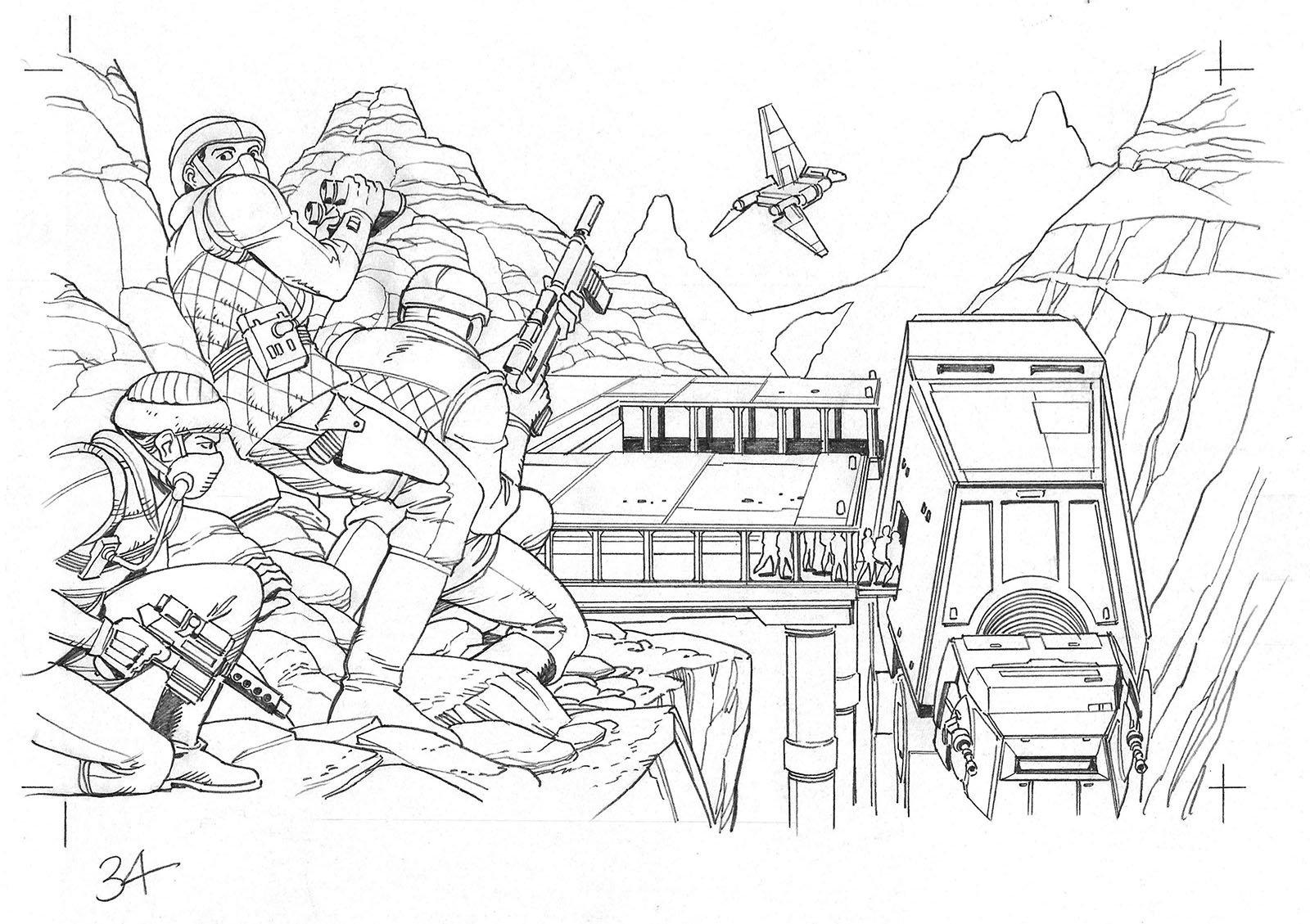