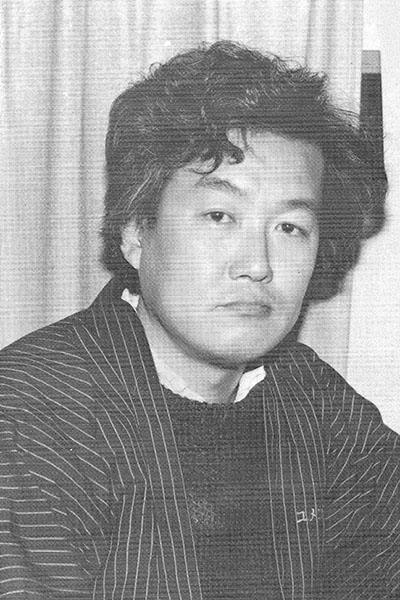 A warship was violently tossed about in the rough waves caused by a typhoon. It was probably a destroyer or a small boat, such as a minesweeper of the former Imperial Japanese Navy, that was seized by the Chosun Dynasty (present-day Korea, still called Chosun at the time).

The war was over… and we were withdrawing from the continent.

My mother carried me on her back, holding my small brother’s hand until it was red and swollen. In his other hand, he held a bag with a few personal belongings, and we crossed the raging Sea of Japan to my grandparents’ homeland, Japan. (My father was a government official at the time, taking care of his duties. He stepped on the soil of his homeland two months later.)

The ship was small, only about 1,000 tons, and many people were crammed in on the upper deck and even in the engine room. Wounded soldiers. Crying infants. A mother lost her mind after being separated from her child. They were all jostled together in a dull mass of chaos.

The beginning of Galaxy Drifter Vifam was supposed to start with a similar scene. War always involves civilians. There are no soldiers in Vifam. The thirteen children who appear in this story do not grow up to be fighters. Instead, they appear consistently as civilians (ordinary children), victims of a disaster.

Of course, they fight back against the oncoming enemy, or repel them and struggle through it. However, they are not soldiers, but merely armor-wearers who use the Round Vernian armor to protect the lives of their comrades. They are only civilians, victims of a disaster.

They were separated from their fathers, lost their mothers, and had to go through an uncomfortable amount of work alone to operate the Janus, an outer space training ship. After sweating through simulation training, they maneuver the Round Vernians to ward off the enemy’s fire. They wander through the galaxy toward the solar system’s planet Earth, where their relatives may be.

As mentioned above, the thirteen children in Vifam participate in the war. It is not a story of heroes who achieve spectacular results. Instead, they are a group of boys and girls caught up in the fires of war and separated from their parents. Undaunted by various difficulties, they rely only on their own strength to survive and face the enemy again. In other words, it is a kind of survival story.

What I wanted to express in this work were the scenes, worries, thoughts, and reactions of a boy or girl who suddenly returns to his or her childhood. Scott, Rodey, Barts, Claire, and Maki, and the sense of responsibility of the older generation who have one foot in the age of achievement (or their worries), etc. Then there is the middle group that wants to get taller: Sharon, Kachua, Fred, Pench, and Kents. And there are the innocent goals of the younger group: Jimmy, Marlo, and Luchina.

I don’t know how much of this I was able to express, and I’m willing to accept criticism, but I think I said what I wanted to say in my own way to some extent. 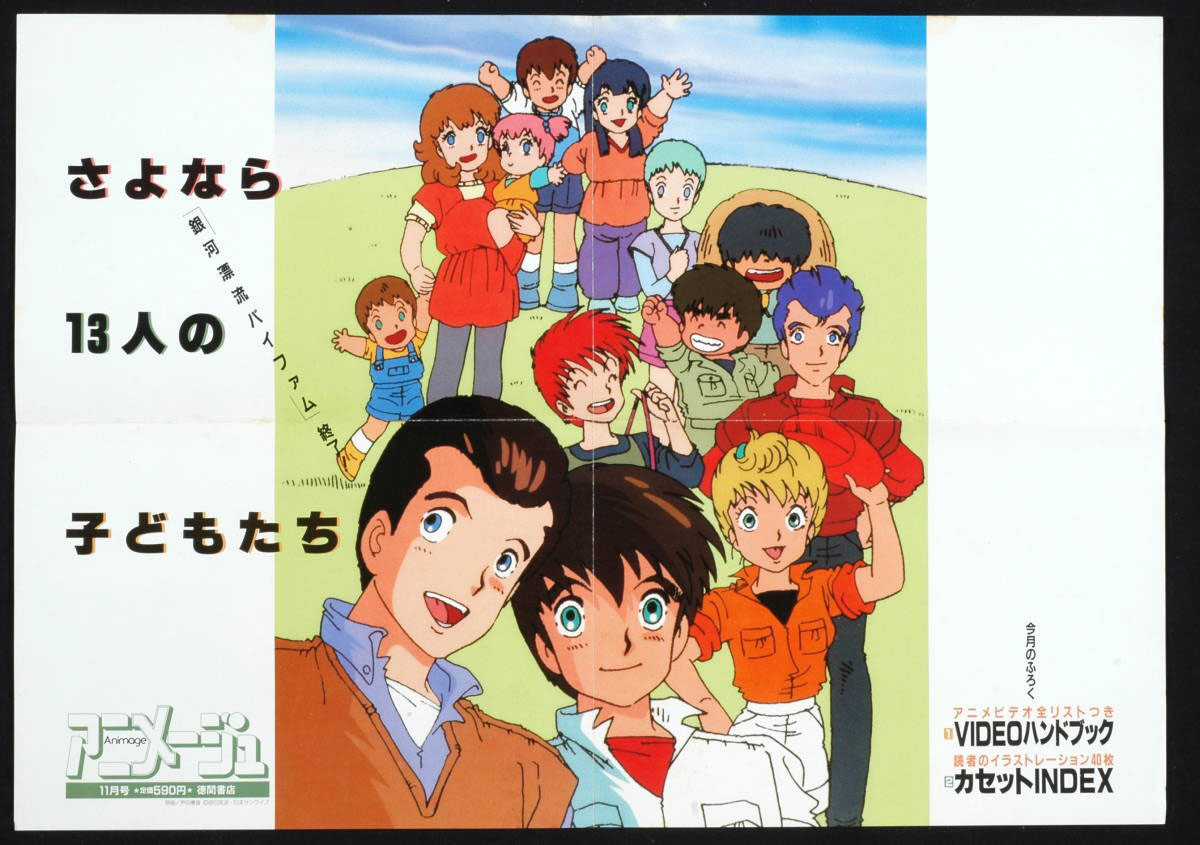 Holding onto just few personal items and clothes, you escape from your war-torn homeworld, the frontier planet of Clead. Wounded soldiers and civilian children separated from their parents are packed into a shuttle and evacuated into space. There are many places where I was double-exposed to my childhood experiences.

When I depict the world of children, I always try to find a way to capture their character. For example, in the case of 10-year-old Kents, I see myself as I was 30 years ago. In those days, charcoal cars were still running. (Of course, it was Japan, in the Aizu mountains.) As an aside, I was fascinated by the “trolley bus” and “twin bus” (do you know them?) I saw in a picture book.

However, such an old-fashioned way of looking at things may not be suitable for today’s fast-changing information age, don’t you think? Wouldn’t there be a gap? No…no. Even in this age of simplification, speed, and change, the ethics, morals, and thoughts that Japan originally nurtured will not change so easily. We (creators and viewers) are Japanese.

Good is good and evil is evil. No matter how different the flow of time is, I believe that unless there is a cultural revolution, people’s thinking will not change so easily. It is a matter of deforming them and blending them like the Kents designed by Mr. Ashida to form a character. Individual thoughts and actions are projected onto Scott, Rodey, Barts, Claire, Ruchina, and others to create their characters.

However, there is an exception: Kachua. In her case, there is no human scent, no sense of life, no quirks. She is like inorganic, transparent glass, unlike the other twelve children. I wanted to portray her as a girl of mystery (but not a cold personality). The other twelve children have been “infected,” and the way her problems as a female come to the surface is simply due to my naivete. I am just so ashamed.

I’m often told that I’m naive, but among all my characters, including those in Vifam, there is not a single person who can be called a villain. Shouldn’t the heroes be given various contrasting shades of evil to make their heroic image stand out? It is true that there is such a way, but I didn’t dare to take that approach here because from the beginning I had no intention to create a specific hero image. This is because I wanted to depict the joy, anger, sorrow, and happiness of all thirteen people living in the closed home of the training ship Janus.

A story without a hero….No, all 13 of them are heroes.

I made certain restrictions on who could go out and pilot the Round Vernians. No matter how high the clogs are, Marlo and Luchina can’t fly them. I thought it would have to stop at the older group; Rodey, Barts, and Kents, but not Scott. I believe that the true hero is the one who survives until the last episode, shaking off the fire of the enemy. I thought that he was a true hero. 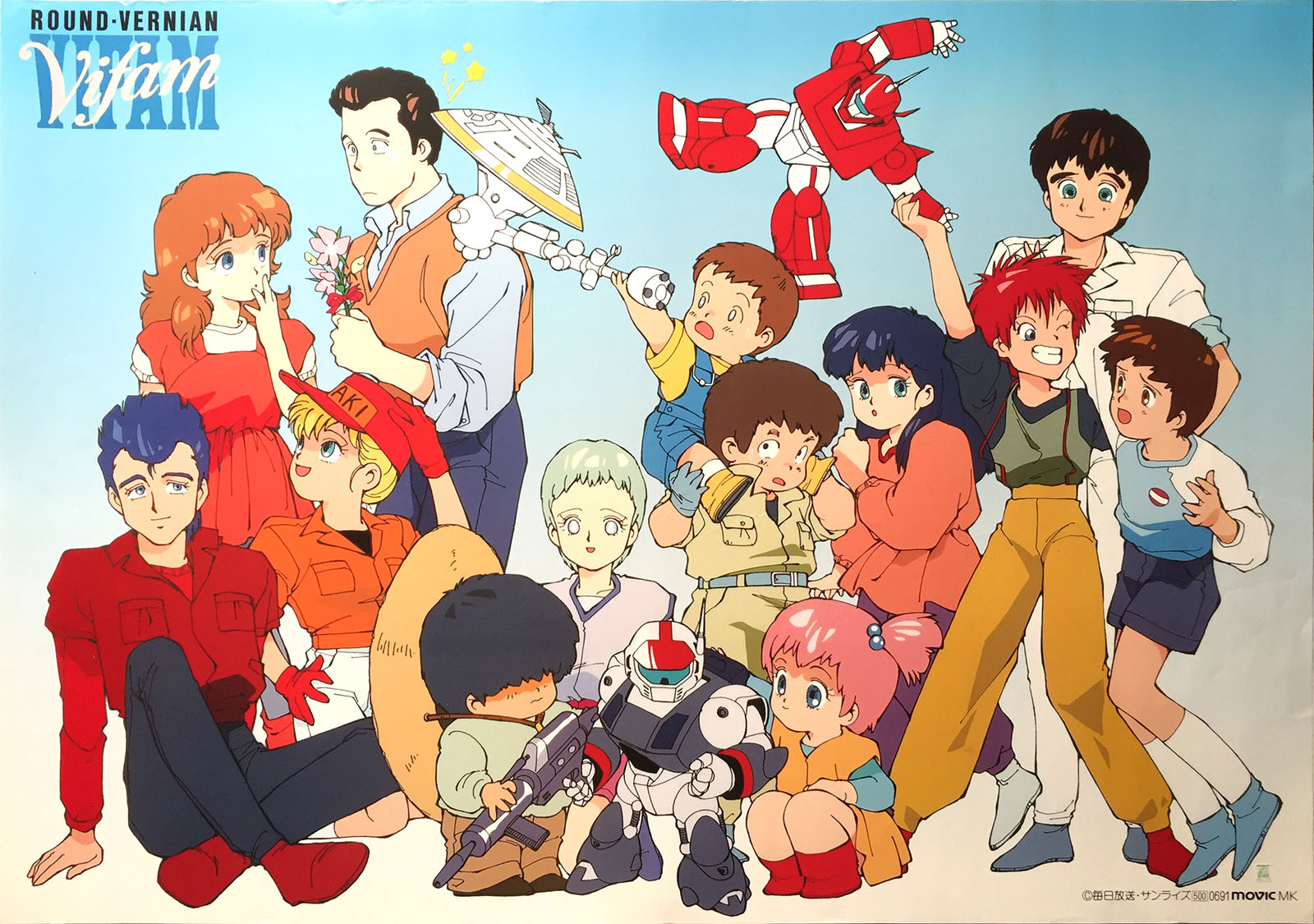 What if we were to kill some of the thirteen children? There were a couple of radical ideas. The reason for this was that the ratings were not good at that moment, and it would impact the direction of the story. The number of people who agreed with me increased, and I was forced to choose.

Who would I choose? I was troubled. The next day passed, and the day after that….

It was around the time we passed the second arc. The sooner we kill, the better. We need to end it quickly, with as little suffering as possible. It wouldn’t do any good to just kill them in a way that leaves only sorrow.

The victims must be the most heroic of the older generation.

Who? Scott? His death scene would be a comedy.

Rodey? No, because he has a mission to lead as a true leader of everyone until the last episode.

I thought at the time that Barts was the only one with a talent everyone would miss if he were sacrificed. I thought that at that time and I began to prepare for it. But something in me refused. Was there any dramatic merit to be gained from his death?

When I looked over the structure for the episodes again, I found that there was nothing good about it. In fact, it would take the twelve survivors half an arc, or maybe all of it, to recover from his death. In fact, it wouldn’t be the Galaxy Drifter Vifam I was thinking of.

At that point, I dropped the matter. I would not kill my lovely sons just for the sake of ratings! I concluded that it would be enough if there were only a few viewers who would watch until the end. I decided to keep this attempted massacre quiet.

Even now, if I had killed someone, I’m sure I would have regretted it. War is beyond everyday ethics and common sense. It is human beings who make war. However, war itself is said to be a monster that has become detached from human beings.

Nowadays, people say that the atomic bomb is a cruel weapon. But is it possible to have a weapon that is not cruel? I believe that no matter what weapons are used, there is no such thing as cruelty-free killing. And it is not possible to categorize those who have killed or those who have been killed as winners or losers. All those who participated in war are victims of the cruelty of war itself.