Whenever I got a Star Wars illustration assignment from West End Games, it came in text form; a list of images they needed for their next RPG book. Whereas my first job for them was a guidebook (Planets of the Galaxy Vol. 1), the second was more typical of their publications; a self-contained scenario with a prescribed mission or adventure. In this one, rebels are stranded on a planet (a particularly misty one, going by the title) where they must rally the locals to help them wipe out an Imperial base.

I was never part of the writing process for one of these books, so I can only assume that phase was over by the time they pulled me in (same as a script for a comic book or TV cartoon). They scoped out their story, found dramatic or pivotal moments, and determined which were worthy of illustrating. I was the sole artist assigned to Planet of the Mists, so I was entrusted with the task of designing the characters and environment based on their descriptions.

Visual input was rare. If they had a specific movie design they wanted to use, they would send me reference. If some character or spaceship or piece of hardware had appeared in a previous game, they’d throw that in. If I remember right, this one was text only. They gave me a description of each image and waited for the result. In almost every case, my work was approved with only minor revision if any. That’s what kept them coming back for more.

This time around, I got to come up with a race of amphibians, an Imperial Swamp Trooper, a method of docking for TIE fighters, and a pair of female mercenaries who I subconsciously thought of as the Star Wars version of Japan’s Dirty Pair. Looking back, I just wish I’d learned to stop drawing people’s heads too big for their bodies. 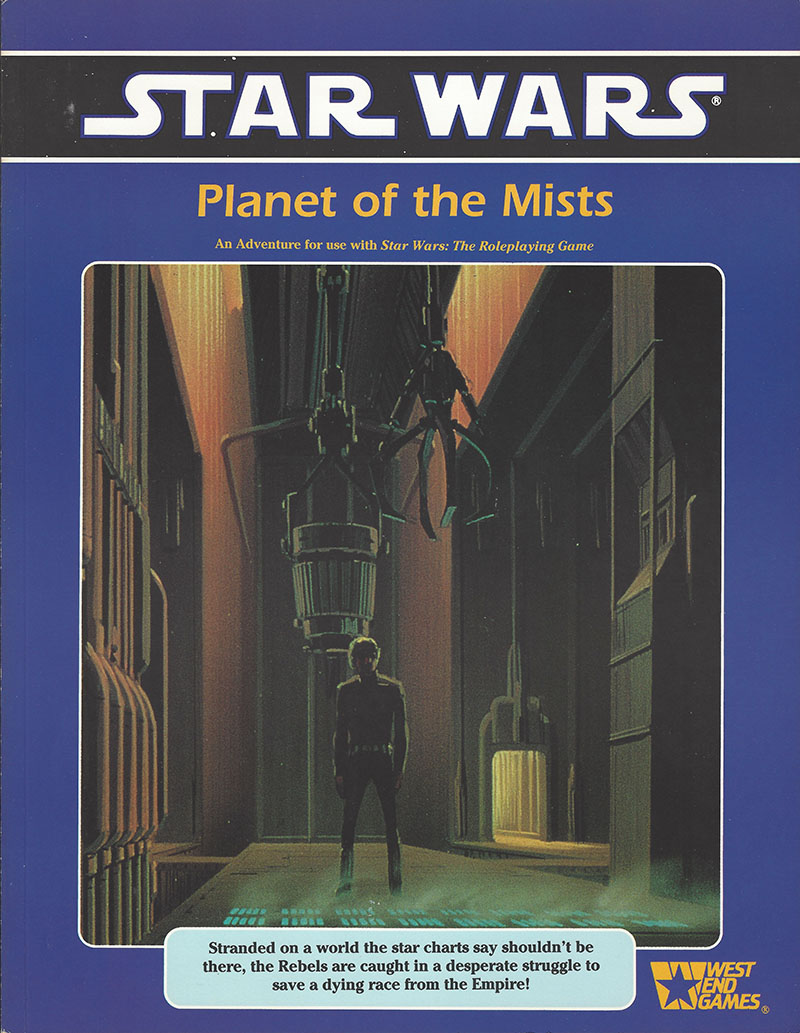 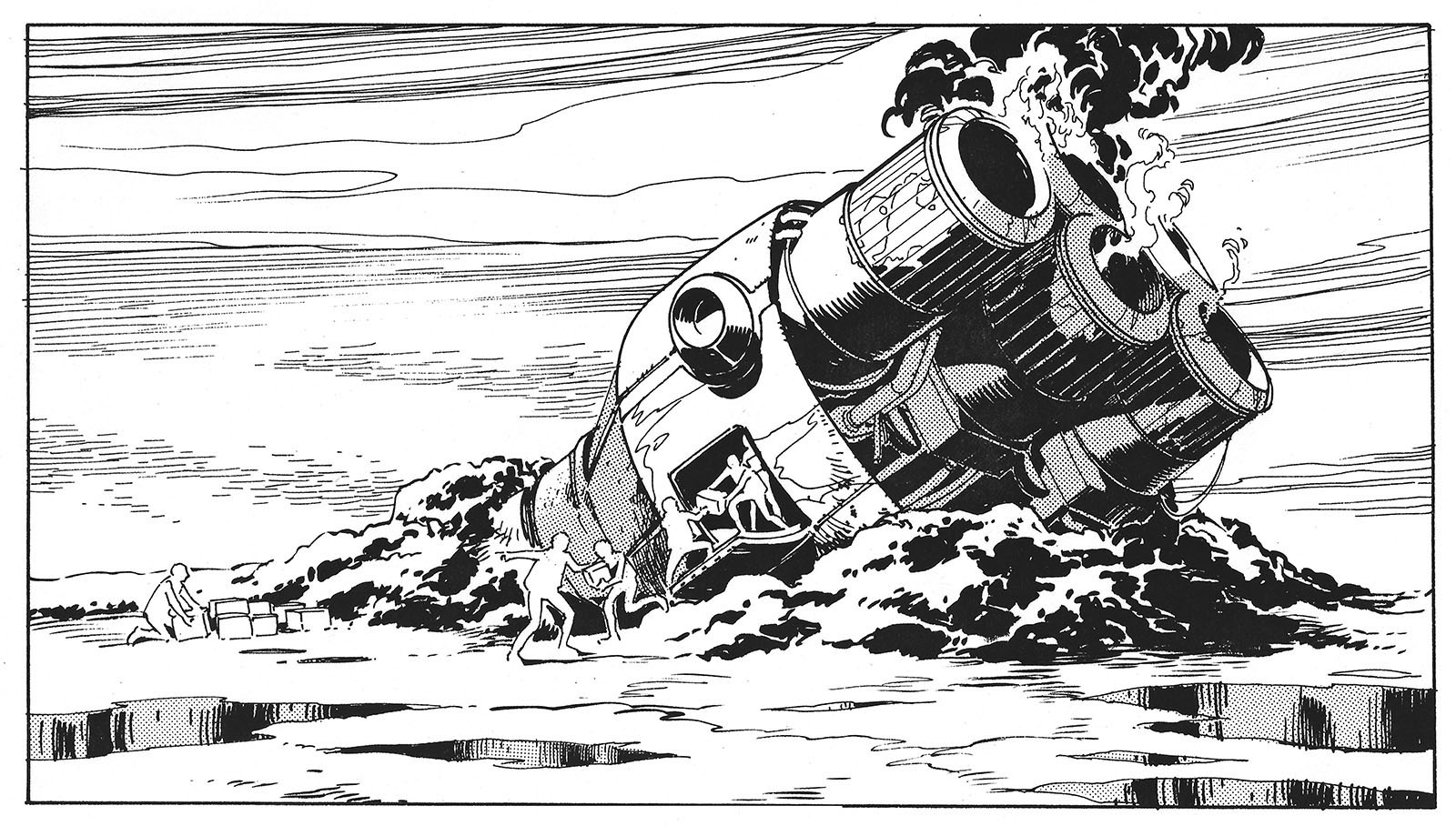 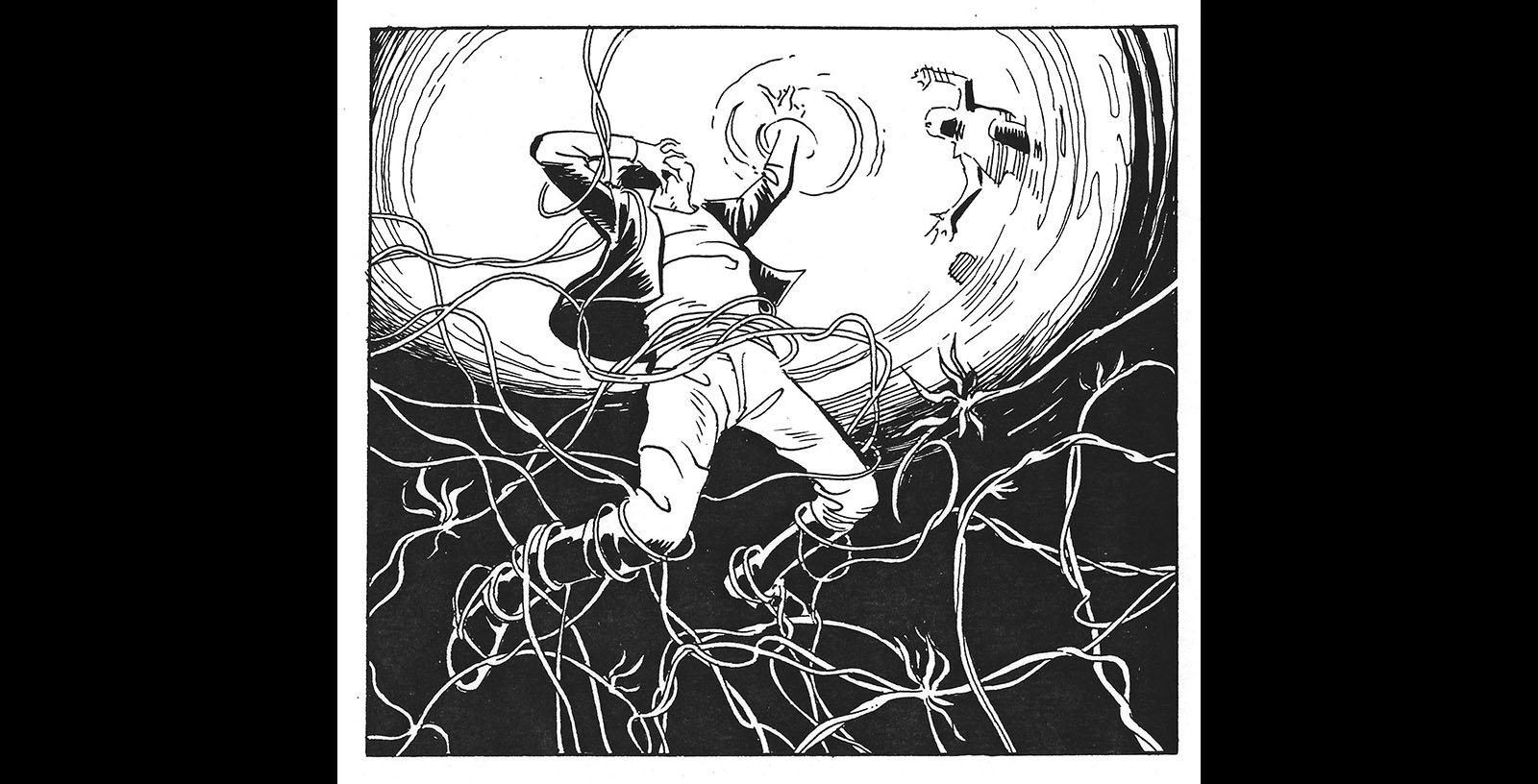 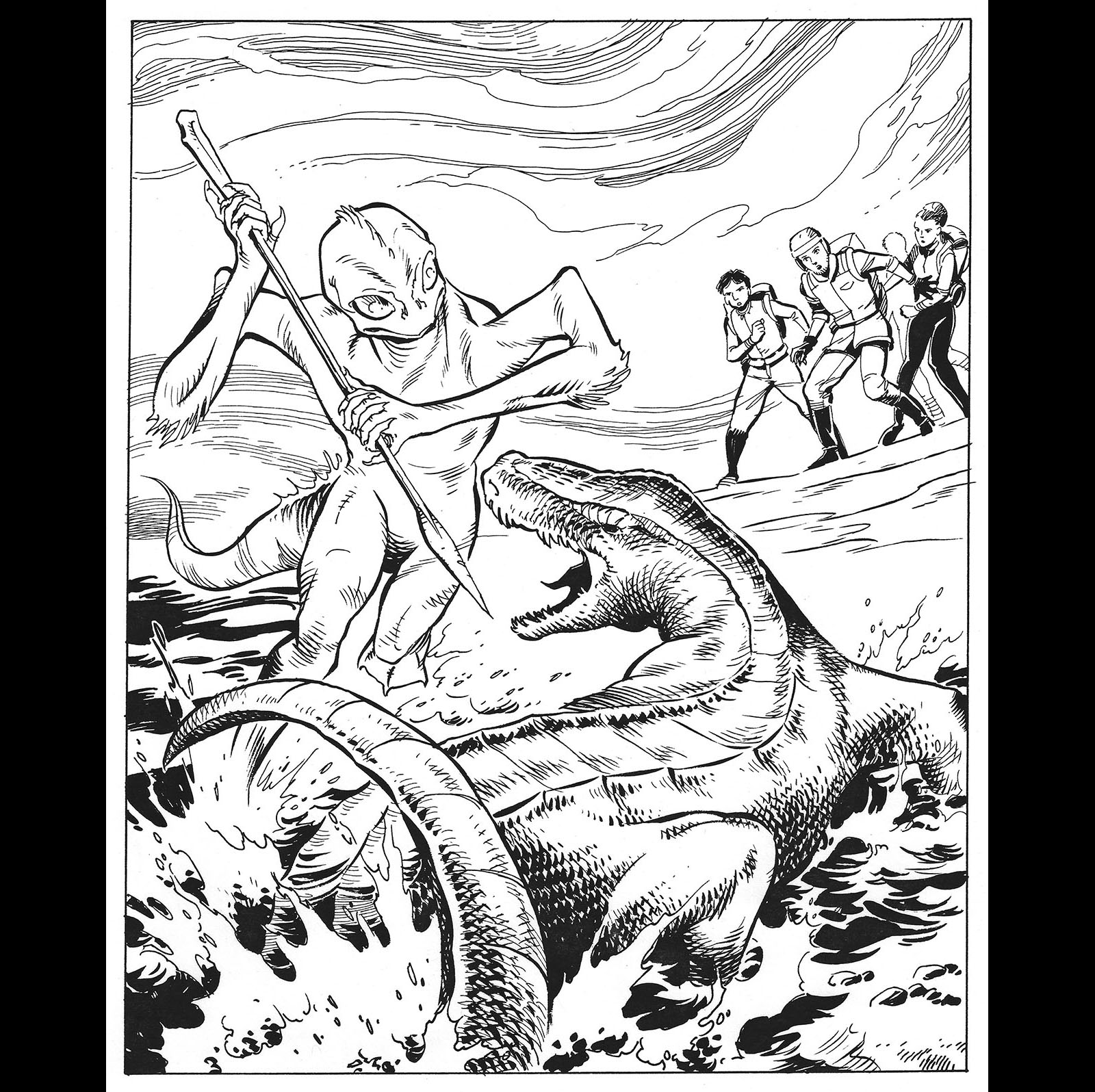 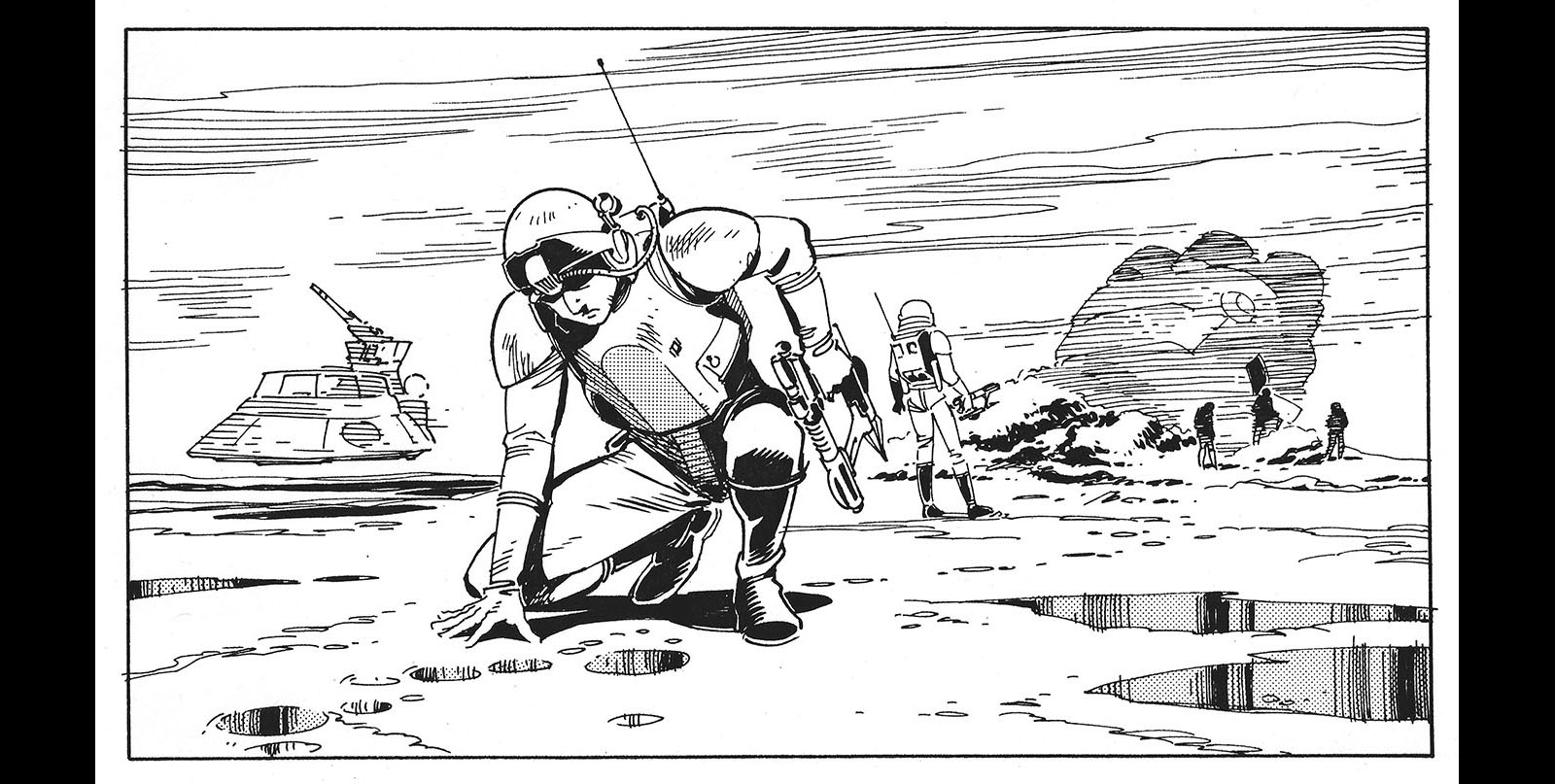 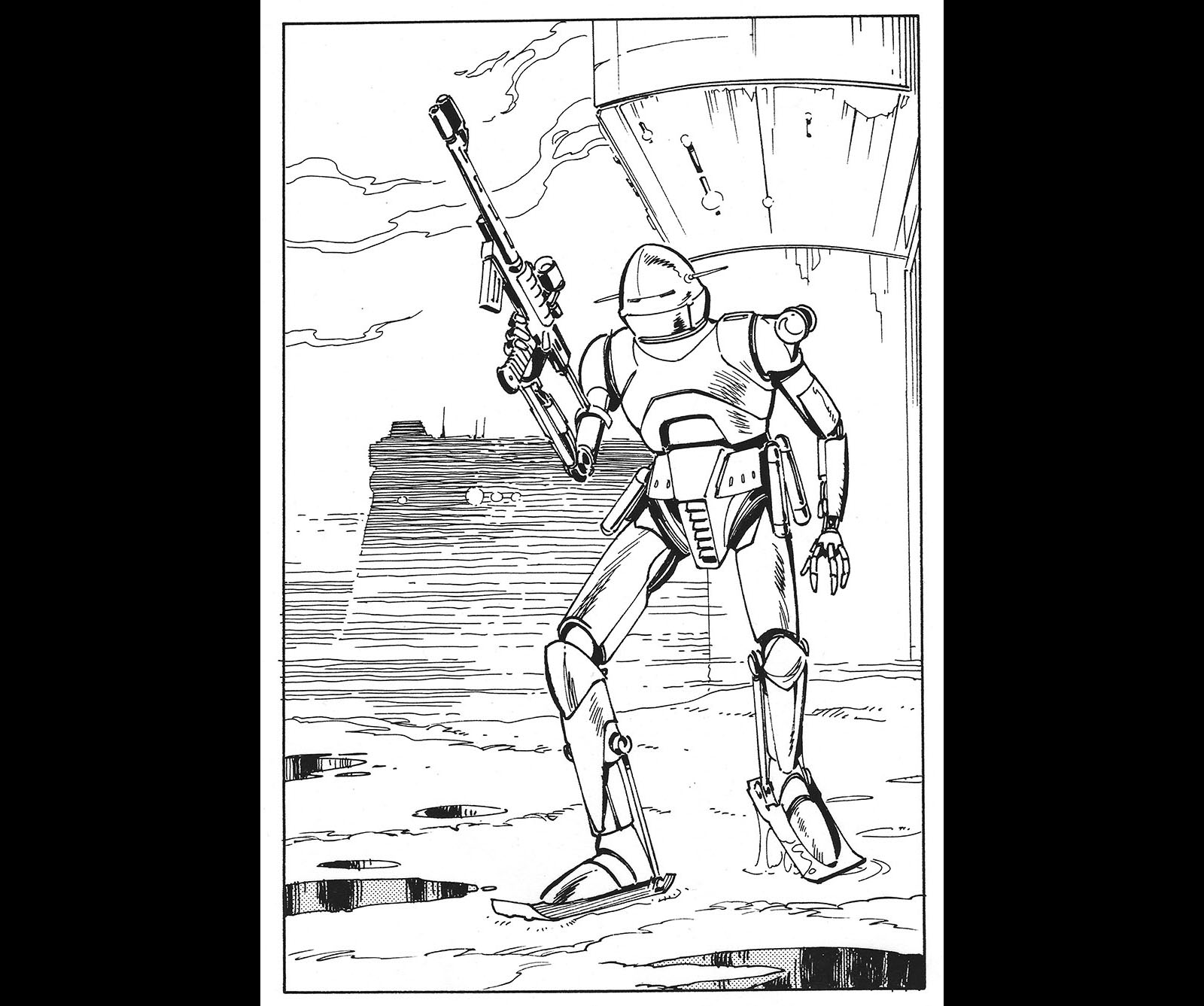 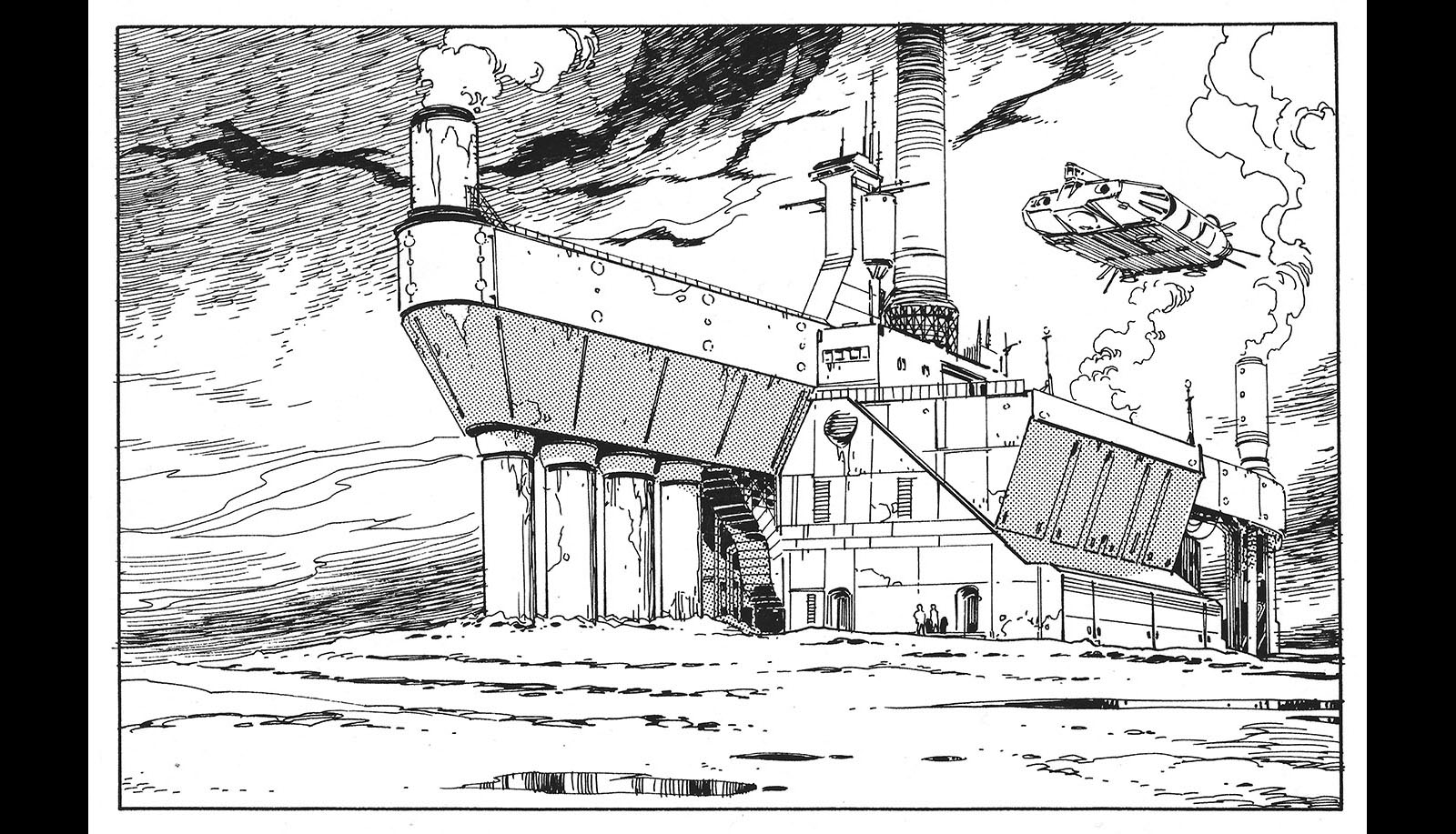 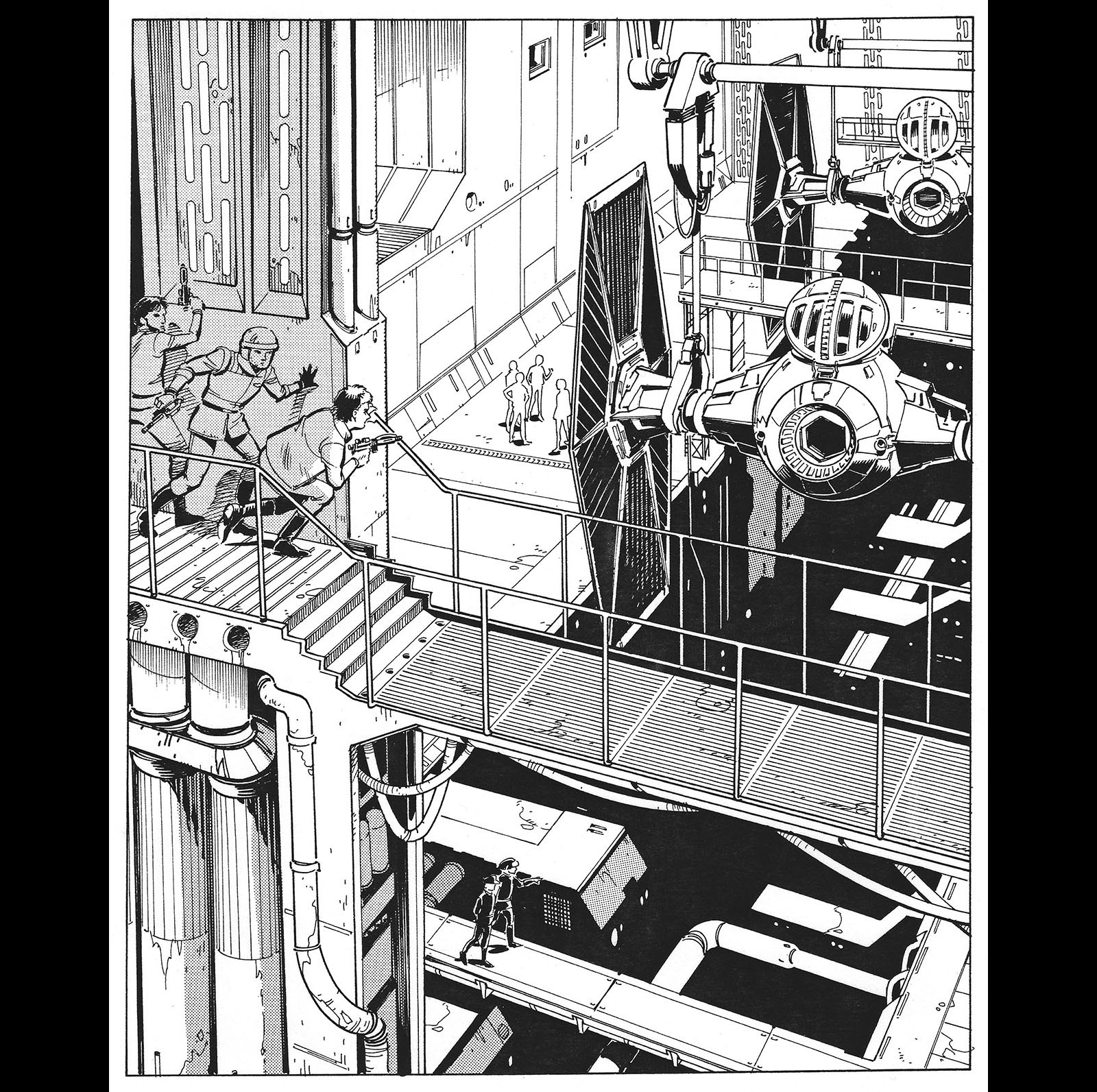 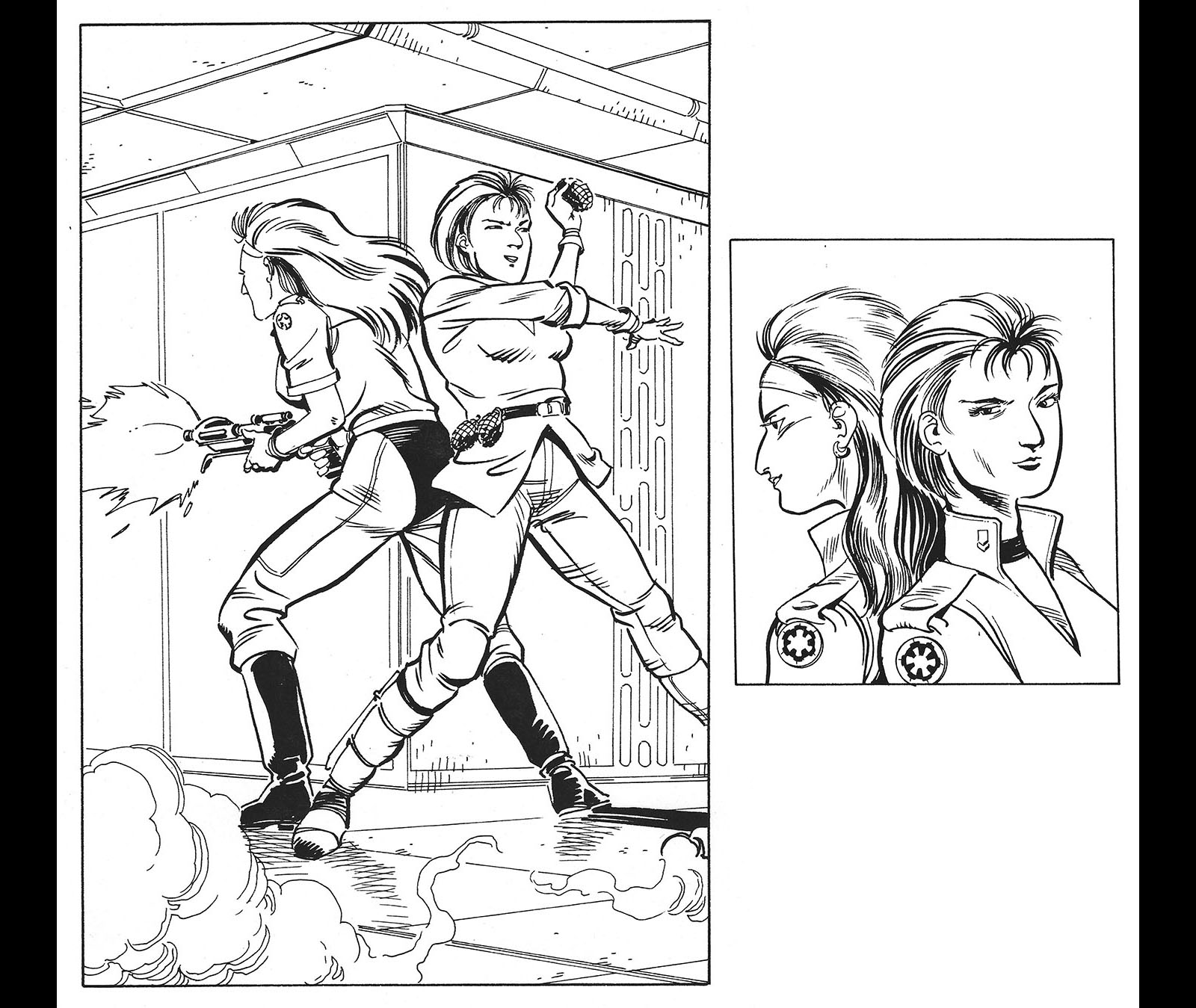 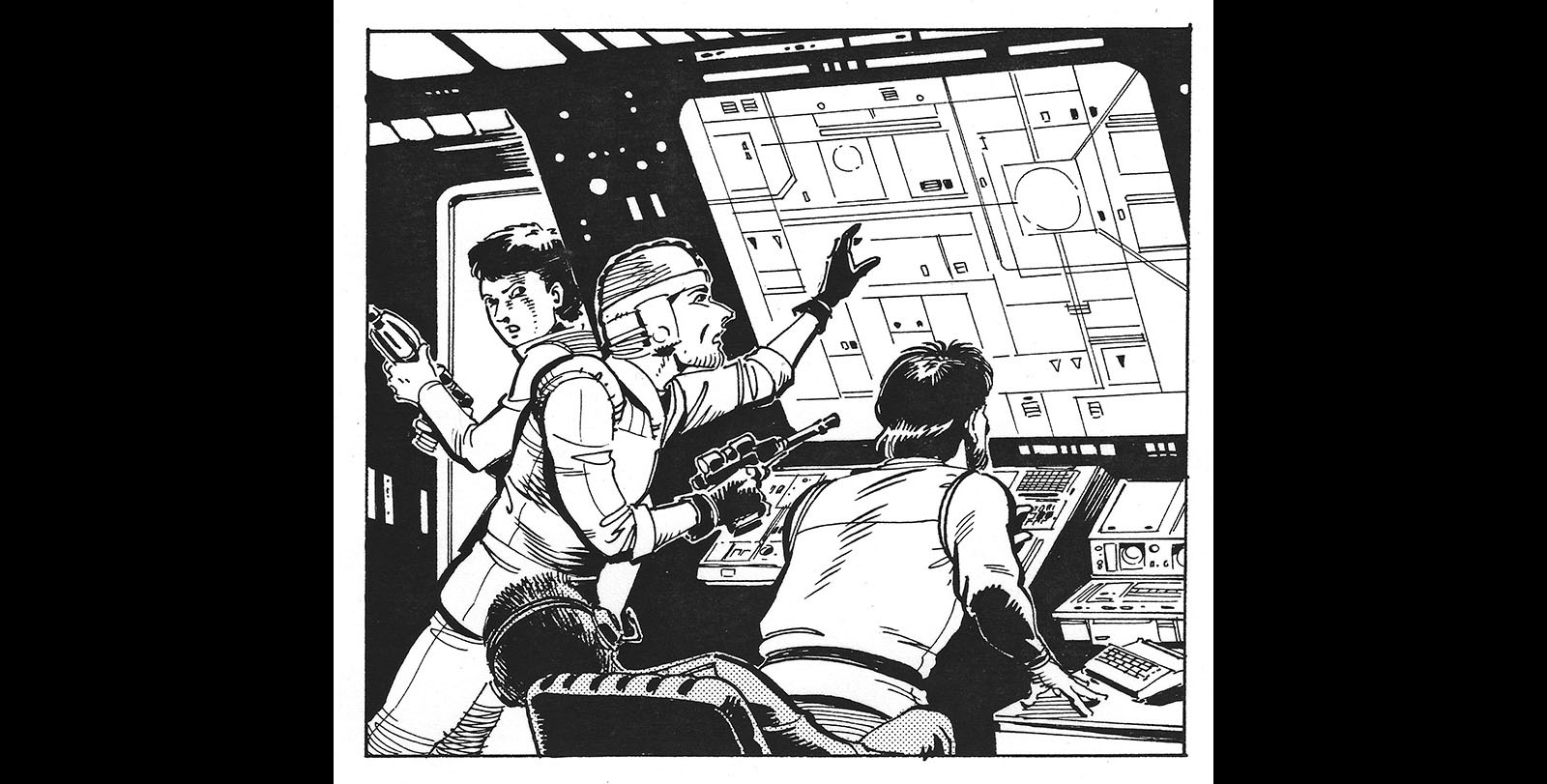 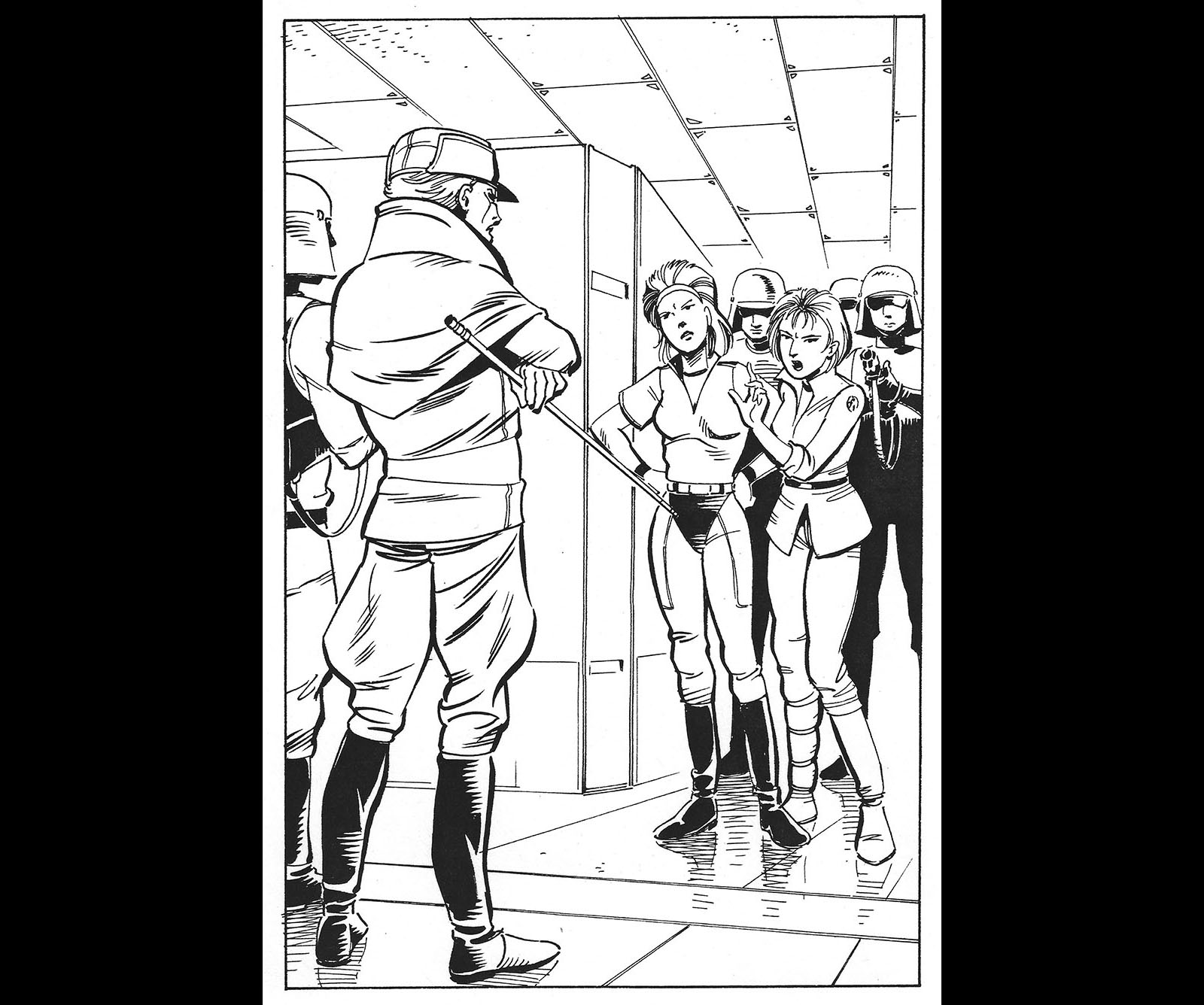 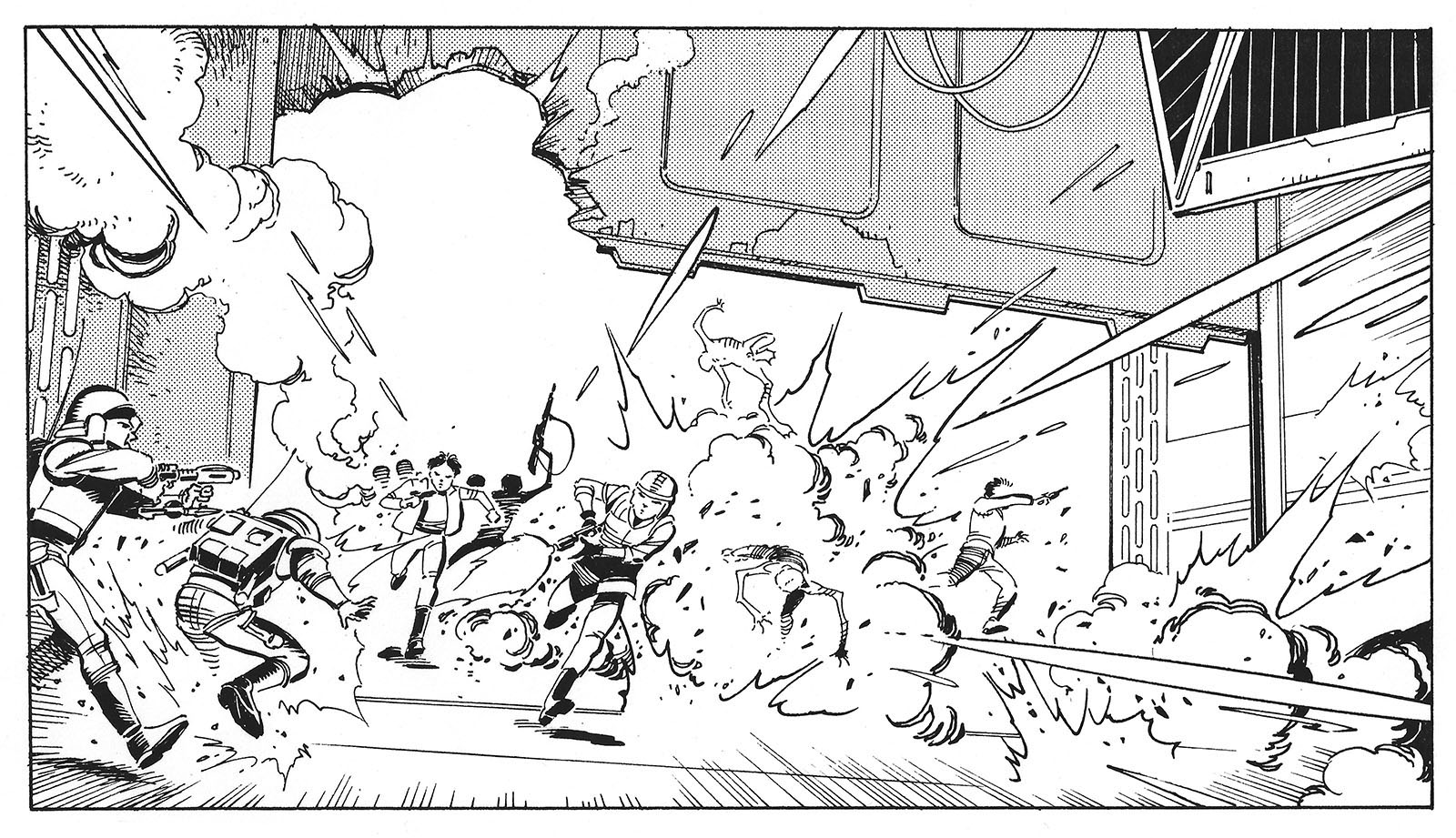 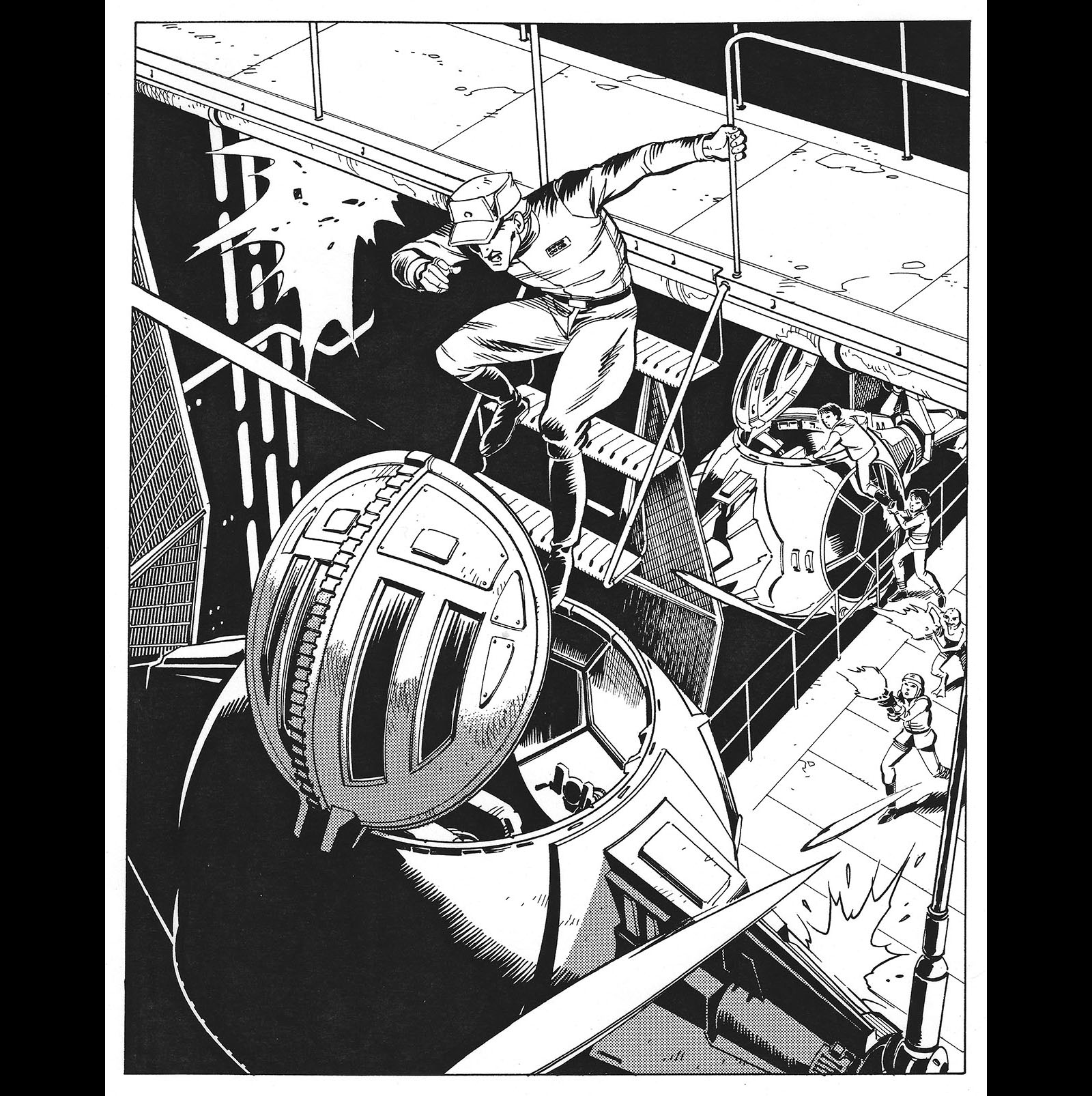 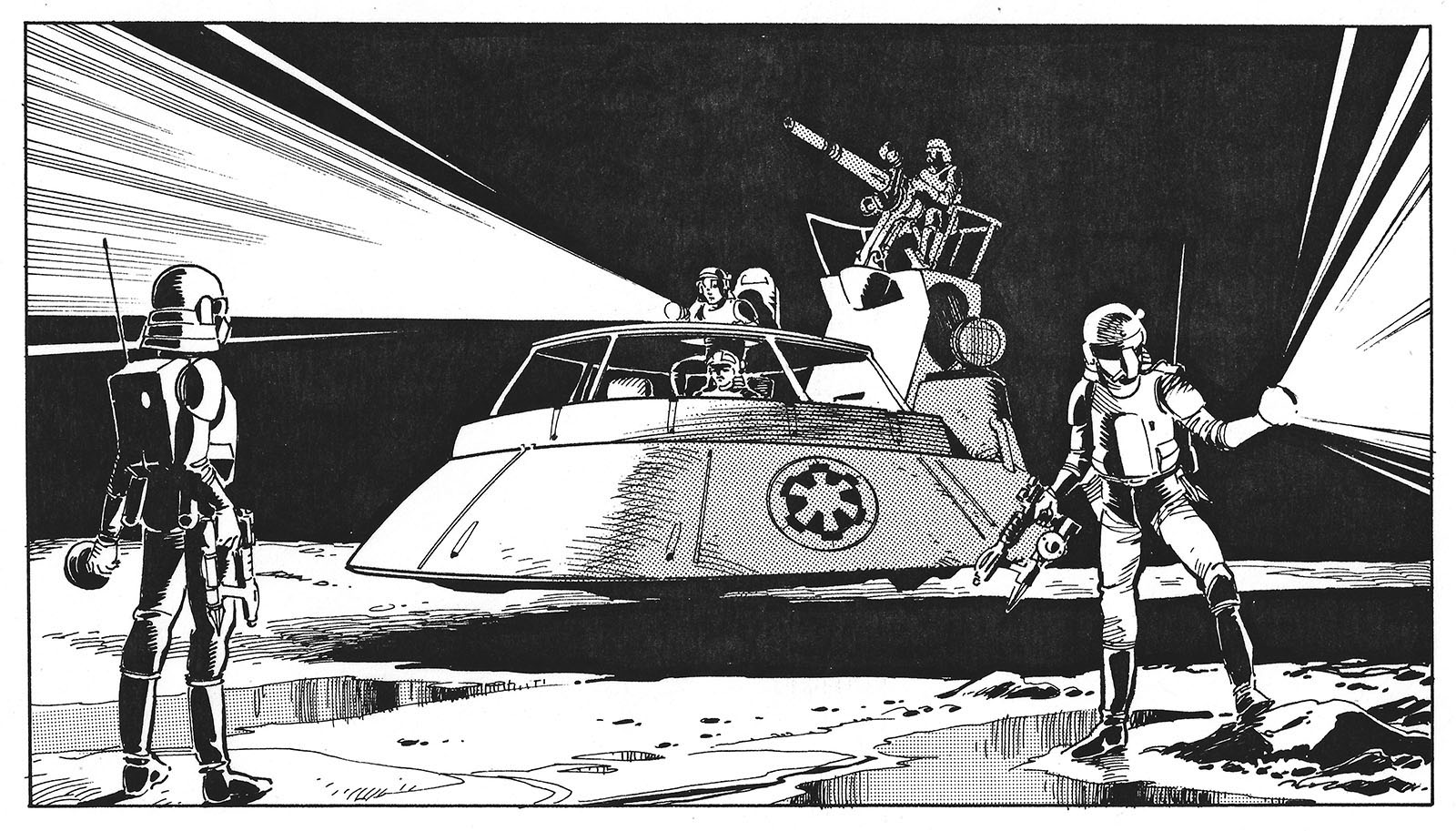 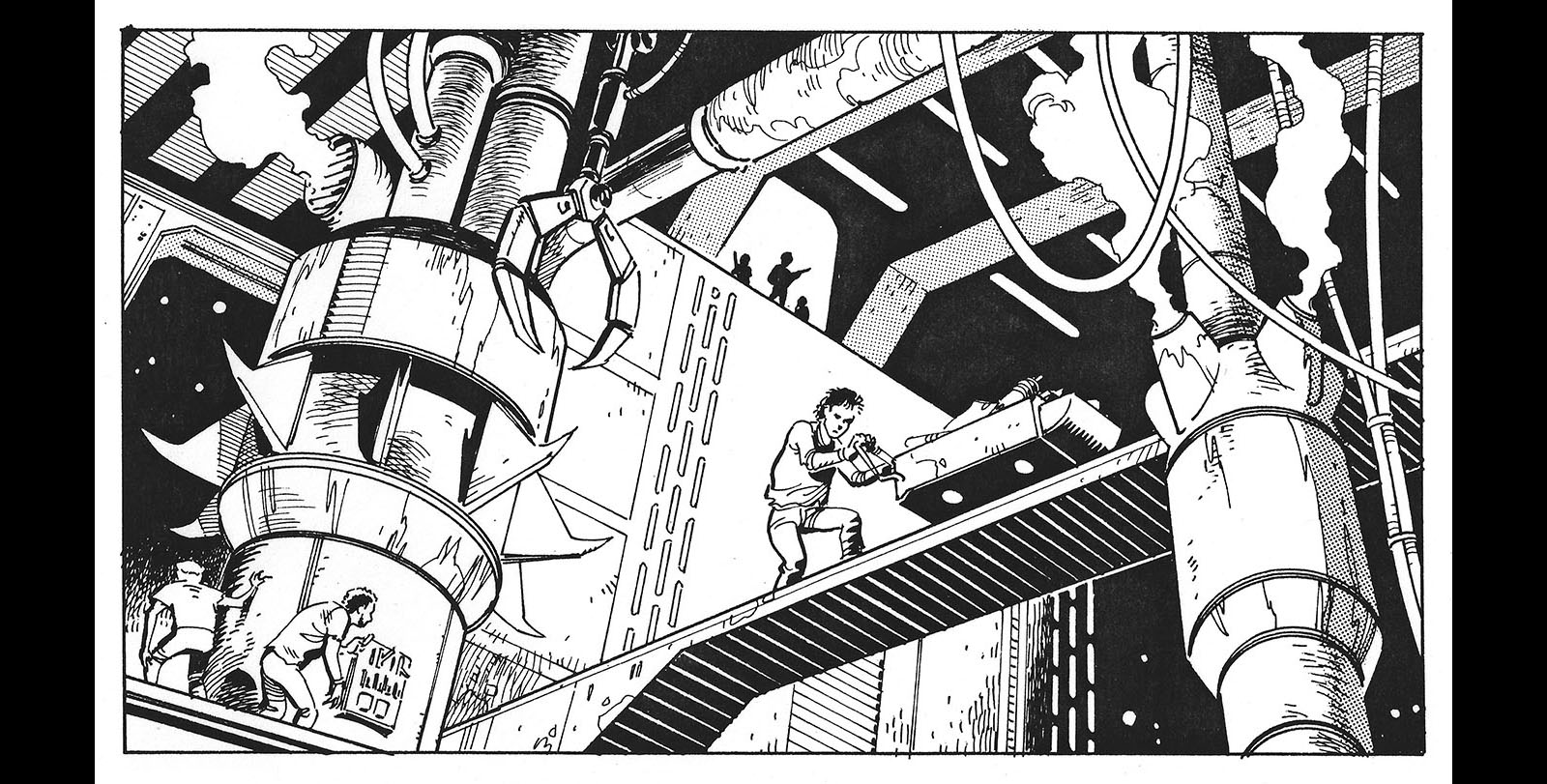 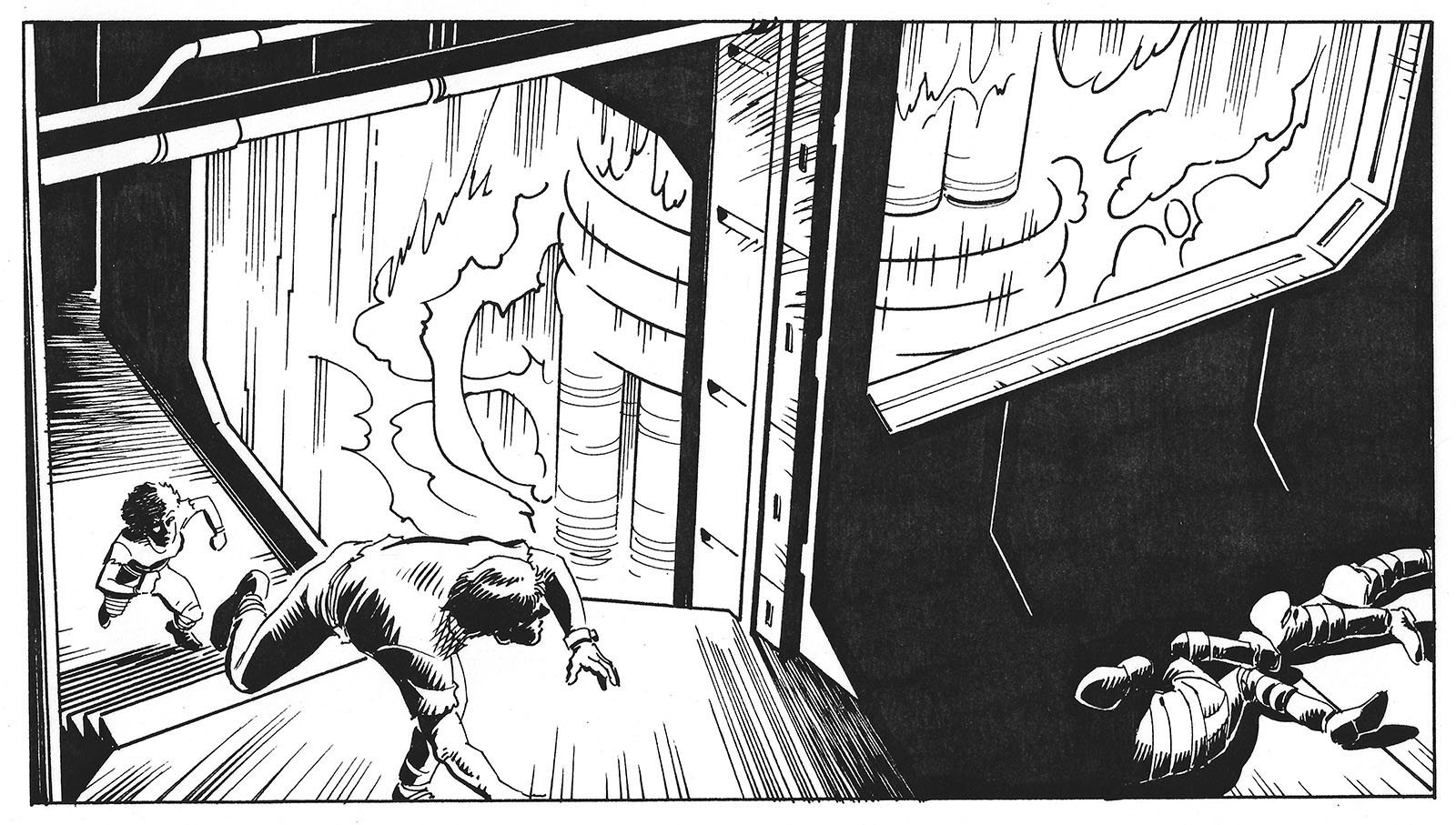 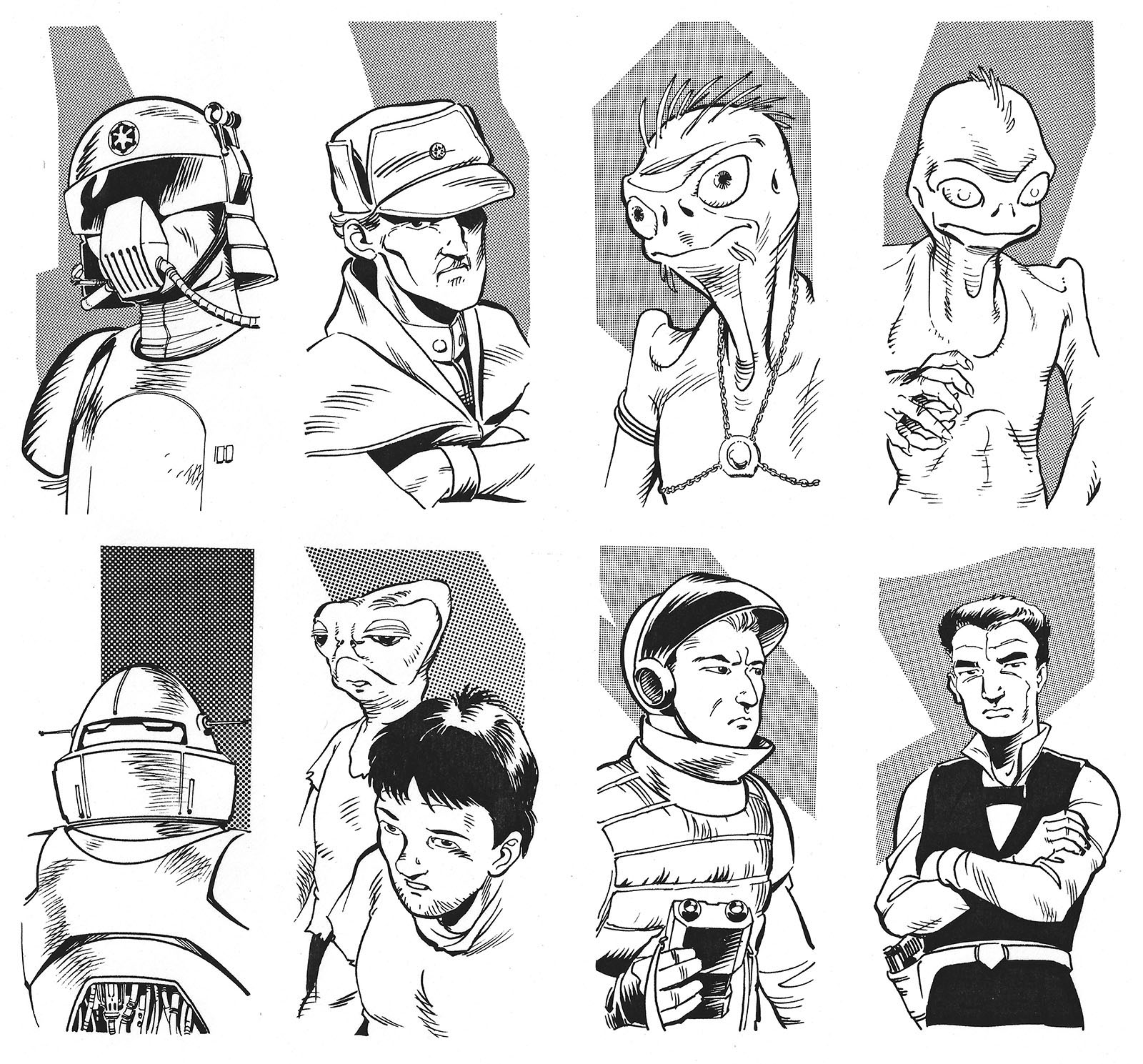 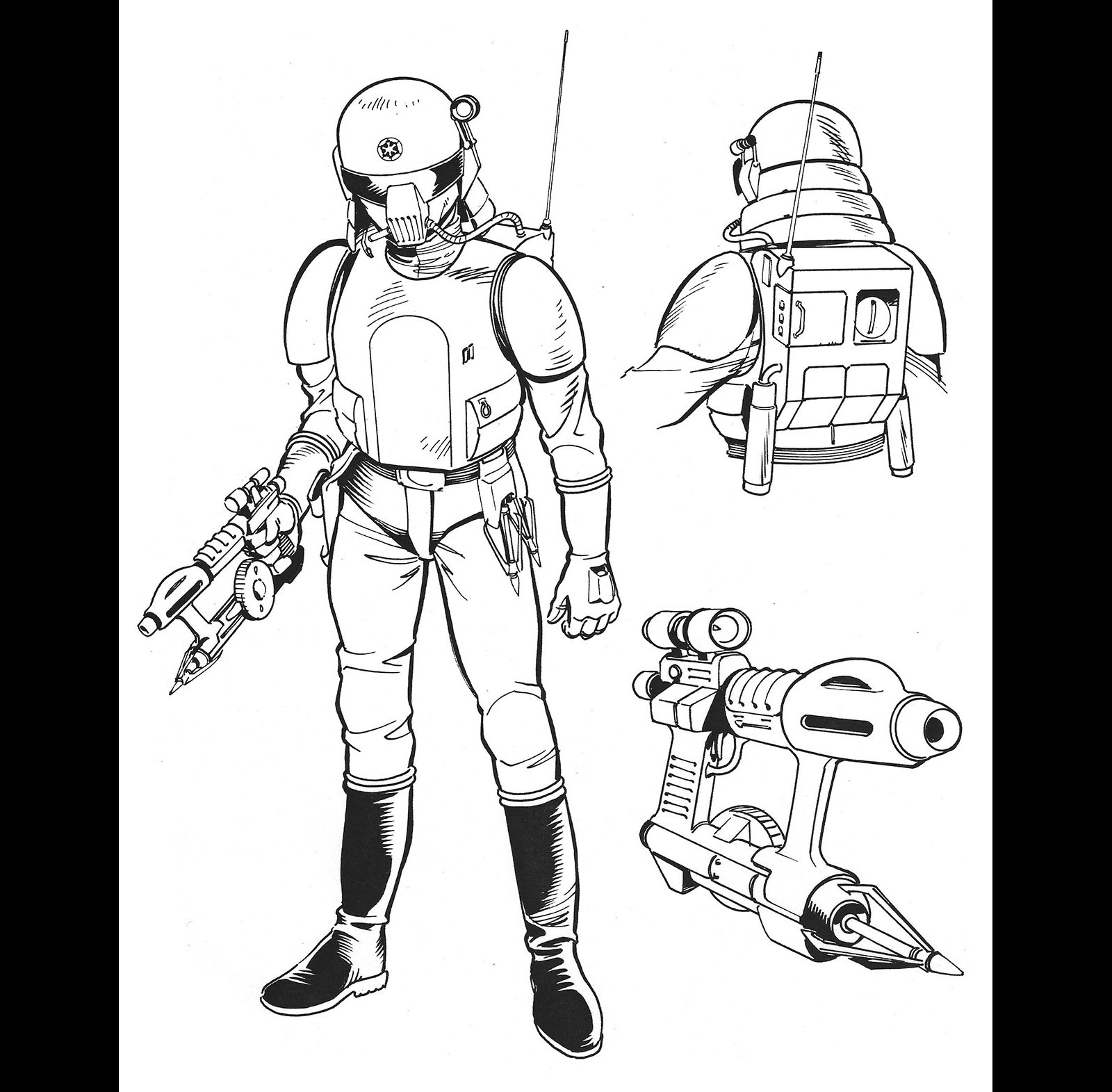 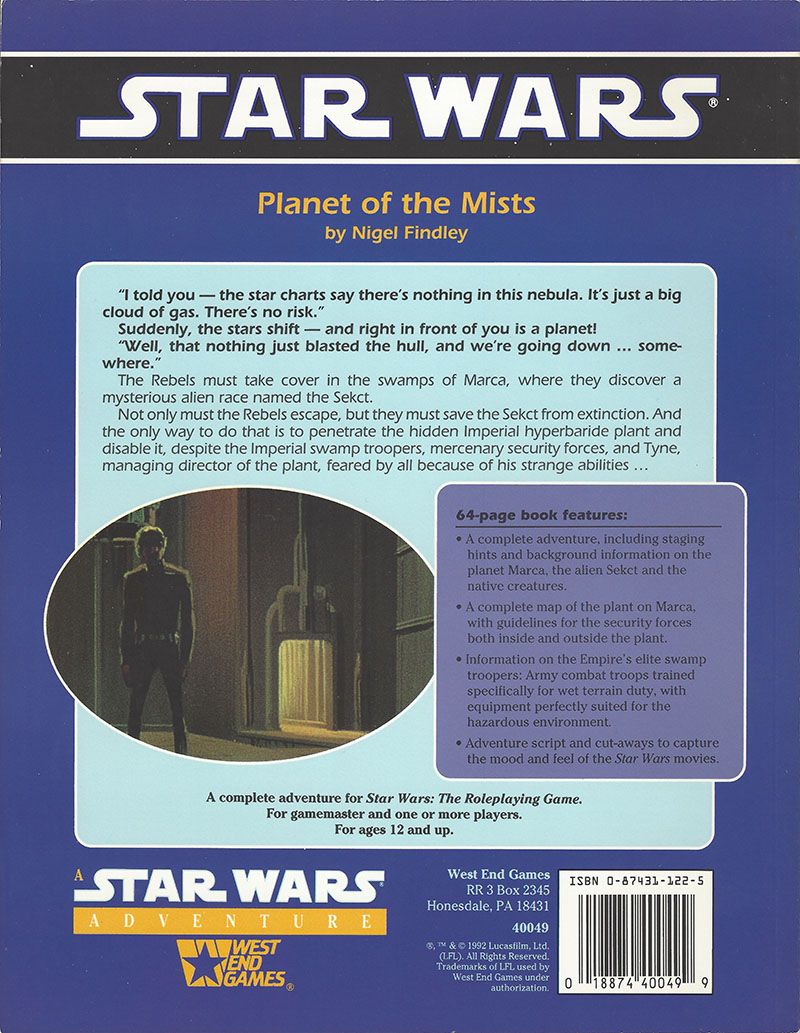