I’ve handled some unusual projects in my time. I’ve taken a few meetings that would qualify as weird. But this one went to a wild frontier unmatched by the others.

This “wild frontier” was both a point on the map (Malibu CA) and in the mind (psychotherapy). The project started from a referral; I was working at Malibu Comics at the time, and someone on the staff had a relative who was looking for an artist to collaborate with. The thought was that someone from the comic book world would be a good candidate, and I volunteered.

It had nothing to do with Malibu Comics, so put that term aside. Instead, it would take me to the coastal community of Malibu. I’d lived in Los Angeles for less than a year at that point, but Malibu was already a place of mystery and legend. (Malibu Comics borrowed the name, but wasn’t based there.) It goes right up to the shoreline, and features a stretch of the fabled Pacific Coast Highway that many use for their daily drive into and out of the greater LA area (I also did this for a while, and it really took the edge off a long commute).

The downside of the PCH commute is a specific zone filled to the limit with multimillion dollar beach houses. They’re jammed in like shipping crates along the edge of the road, indifferently blocking your view of the ocean. Even as an apartment dweller at the time, they seemed highly overrated to me. You have almost no parking on the road side, and you don’t own any of the land on the beach side. And the next house practically shares a wall with yours. They’re not built for privacy or convenience, just opulence and bragging rights.

My destination for this project was one of those beach boxes, owned by a rather famous psychotherapist by the name of Arthur Janov.

All I knew about him then was that he wanted someone to help him visualize a project in a comic book style. That was good enough for me to make the drive. What I didn’t know was that he’d founded a pair of psychotherapy institutes in the LA area back in 1980 and wrote a bunch of books, the most famous of which was The Primal Scream, exploring how repressed childhood trauma manifested itself in adulthood. This lead to a concept called “Primal Scream Therapy.” His work attracted its share of controversy, but also its share of superstar patients including John Lennon and Yoko Ono.

Arthur Janov was 69 when we met. This is pretty much how I remember him.

When I edged my car up to his almost-nonexistent driveway on Pacific Coast Highway, I knew he must be wealthy to own one of those beach boxes. This was my first time visiting one, and they certainly looked better on the inside. I was taken to a sitting room lined with large windows looking out on the ocean, and it slowly dawned on me that the white noise I was hearing came from the waves rather than an air conditioner.

Arthur came in and conversation began. He asked me if I was familiar with The Primal Scream, and I had to answer that I wasn’t. It didn’t matter; the point was that he wanted to turn it into a live theater experience; a musical founded on psychological concepts that would probe different parts of the mind through music and stagecraft. He described the various outlandish things that could be presented on stage. I just nodded and listened. He and his wife both seemed impressed that none of this was throwing me. He said something like, “He’s just taking it in like he’s heard it all before.” Well, yeah. Comic books, man. They sorta prepare you for anything. 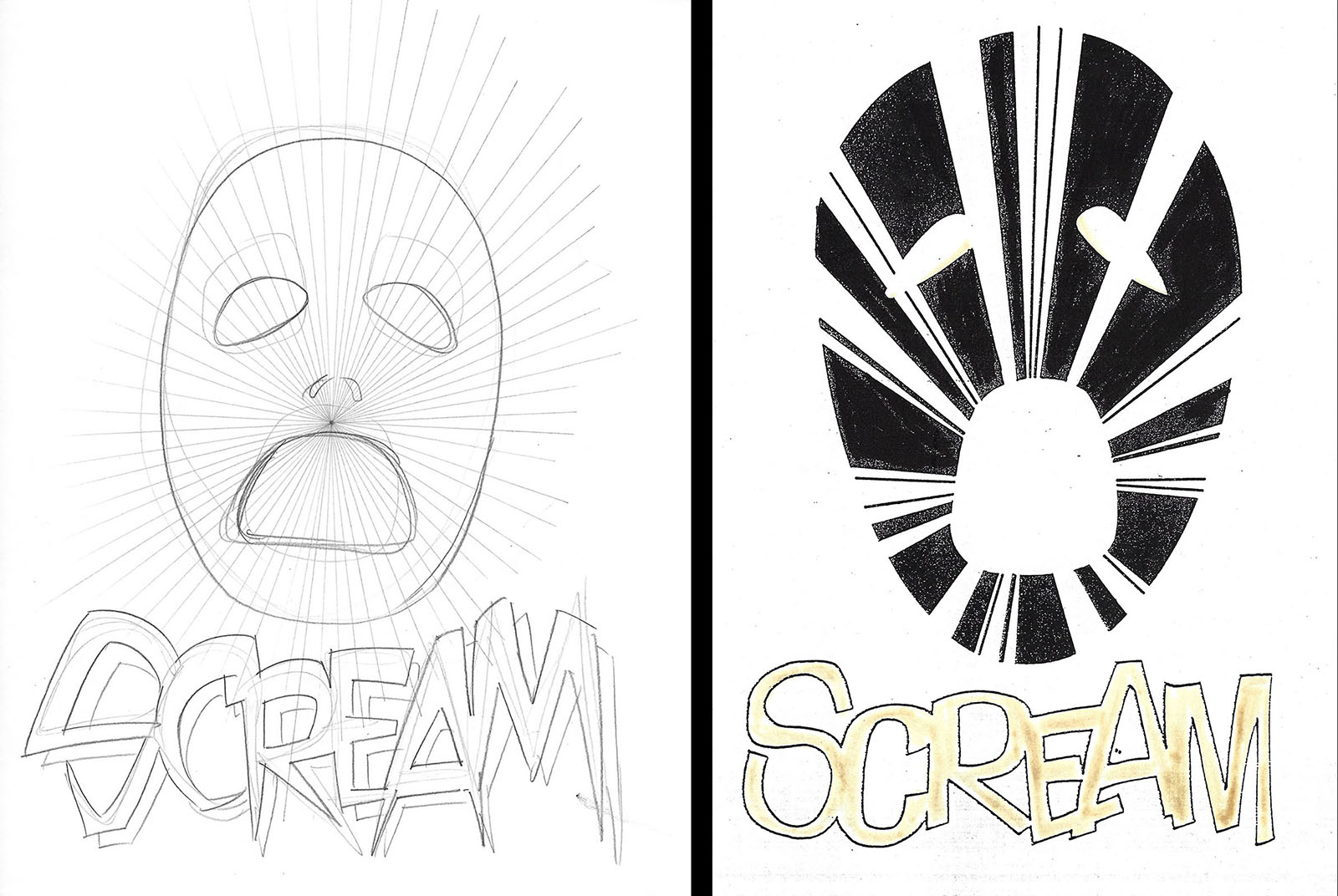 Talk went on. And on. And on. I had to stifle many a yawn. After a while, his wife took an odd delight in pointing it out. Even when I pressed my mouth close to internalize it, she caught me. It was like a game.

Anyway, between yawns I asked some questions, took some notes, then went on my merry way to come up with sketches. It occurred to me as soon as I left that we never talked about money. I thought maybe that was an unspoken protocol with wealthy people; they naturally assumed money would come later and it didn’t need to be discussed. As an apartment-dwelling member of the non-wealthy sector, getting paid was kind of important to me. But at that point it felt like I should just go ahead with the work and the rest would figure itself out.

I faxed my first sketches over a few days later, got some feedback over the phone, and evolved the drawings further. After they were all inked and approved, I got a friend to turn photocopies into color comps done in marker. For something I never tried before, I had to say they looked pretty great. I bundled them up and sent them off (which is why I no longer have them) and waited for whatever came next. 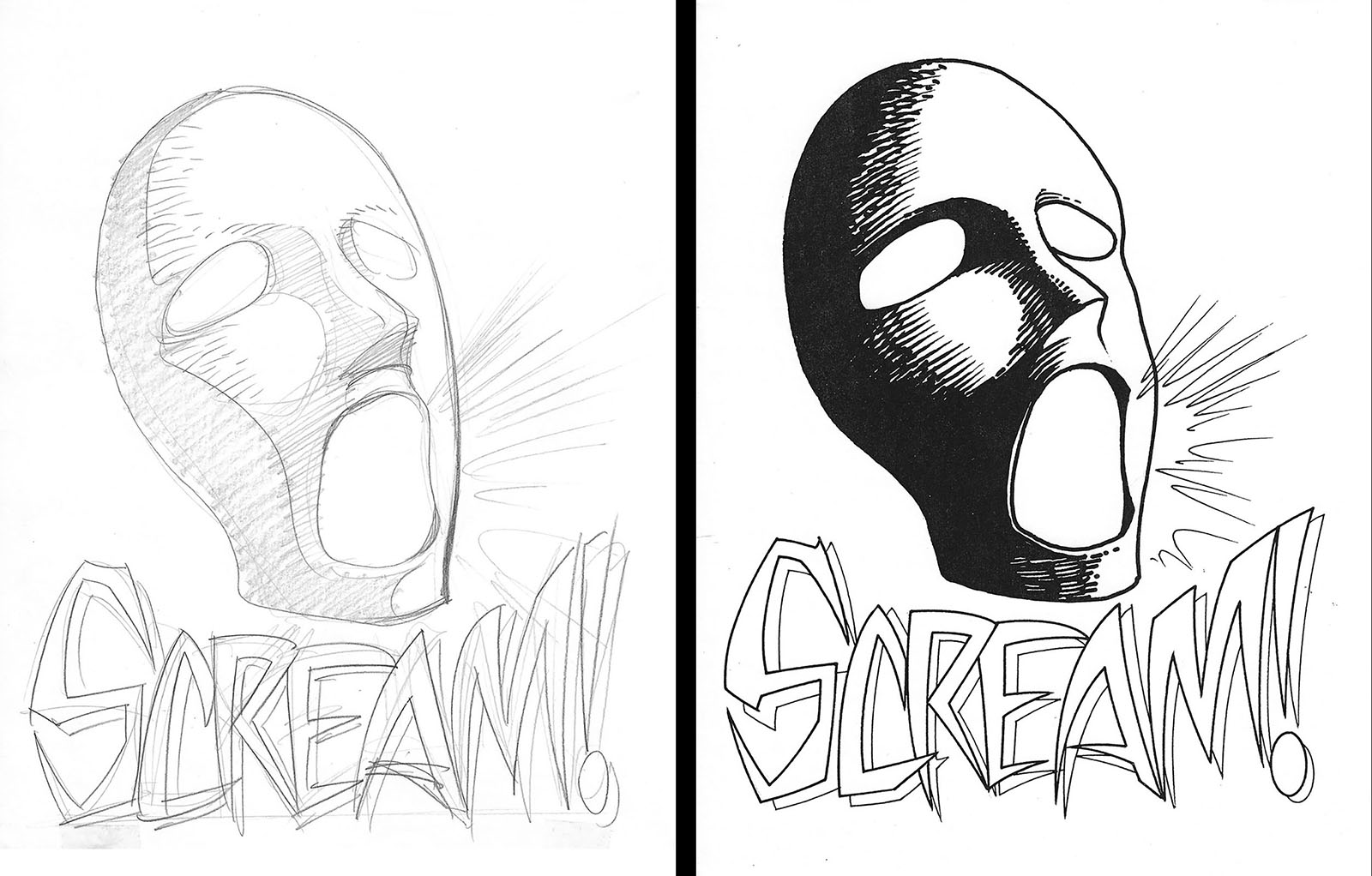 A scream or a yawn? You decide.

What came next was…nothing. Arthur thanked me for the work, then went quiet. I called him a bit later to see what was going on, and he said the next phase was to get backers for the production. It was traditionally the longest, hardest part of the process and it would take a while. The implication was that there wouldn’t be any money until backers provided it. In other words, I’d done all that work on spec. Because I never asked for the terms.

Every project you take on has a lesson to teach you, and this one was about getting paid. The onus is always on your client to make an offer, then it shifts to you if they don’t. Either way, it’s never wrong or improper for you to ask for compensation. If there isn’t any, then it’s entirely your prerogative to work or walk. I don’t regret taking this on, since the experience was valuable, but I do regret not speaking up when I could have. That mistake was never repeated again. 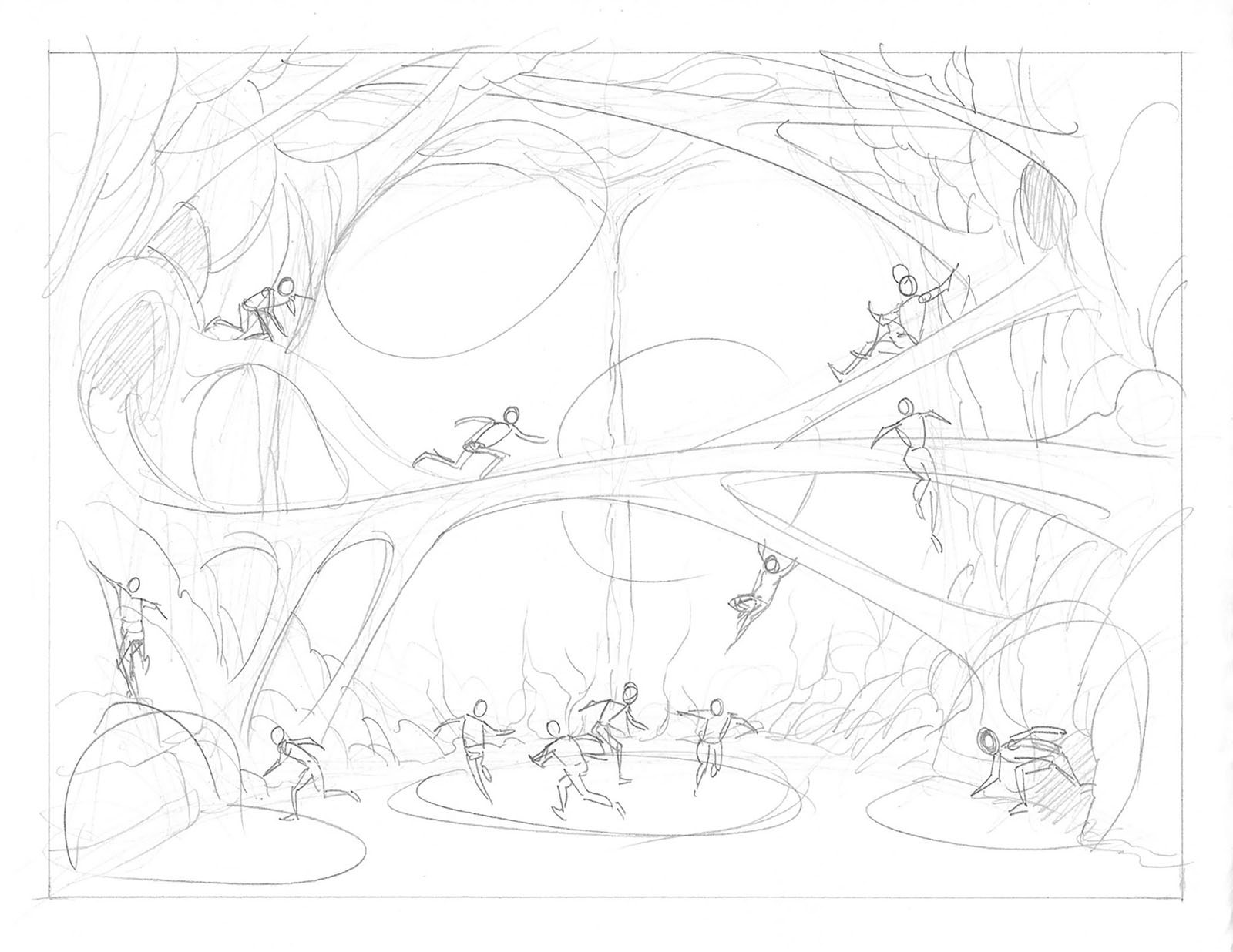 THE BRAIN. This one took three tries. 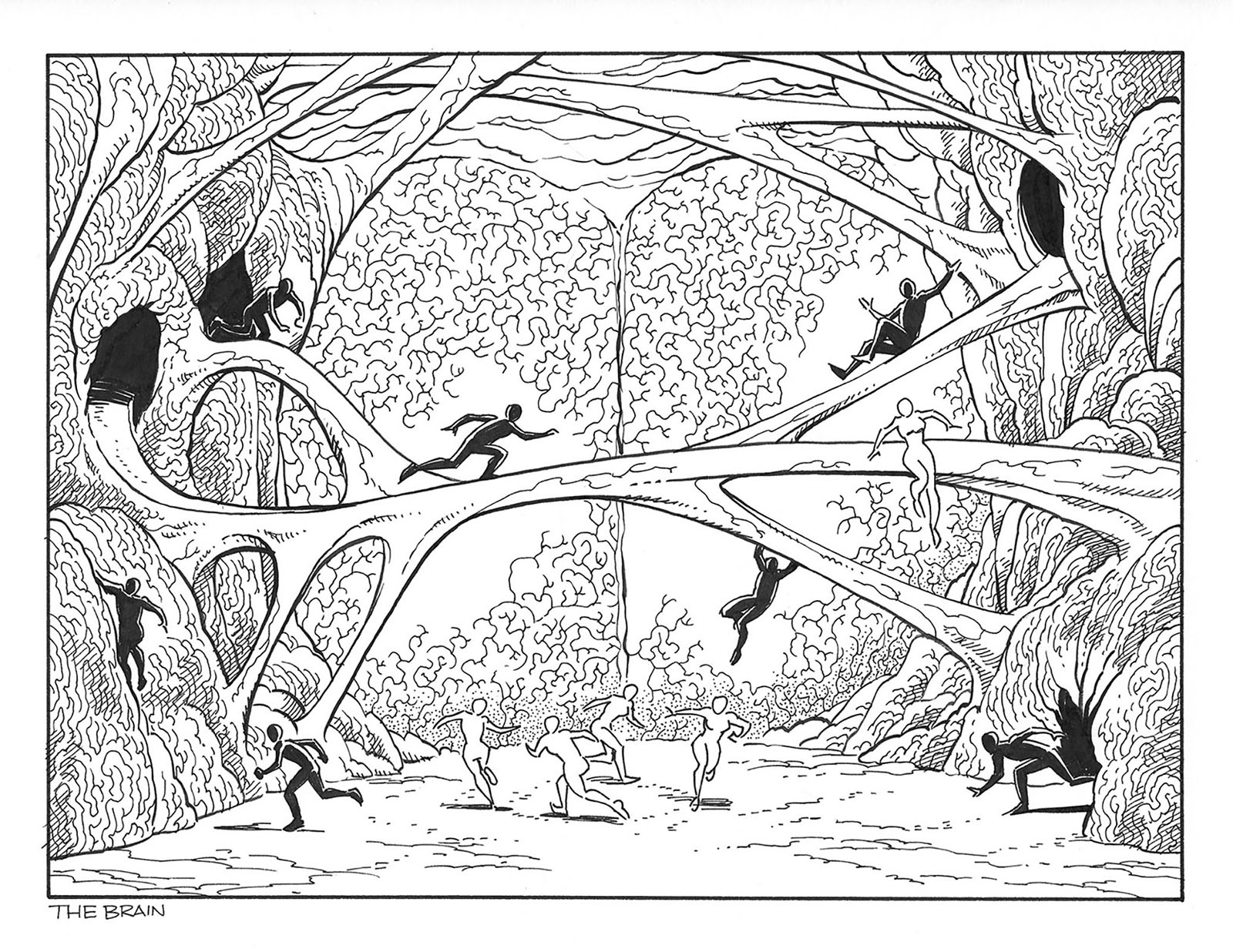 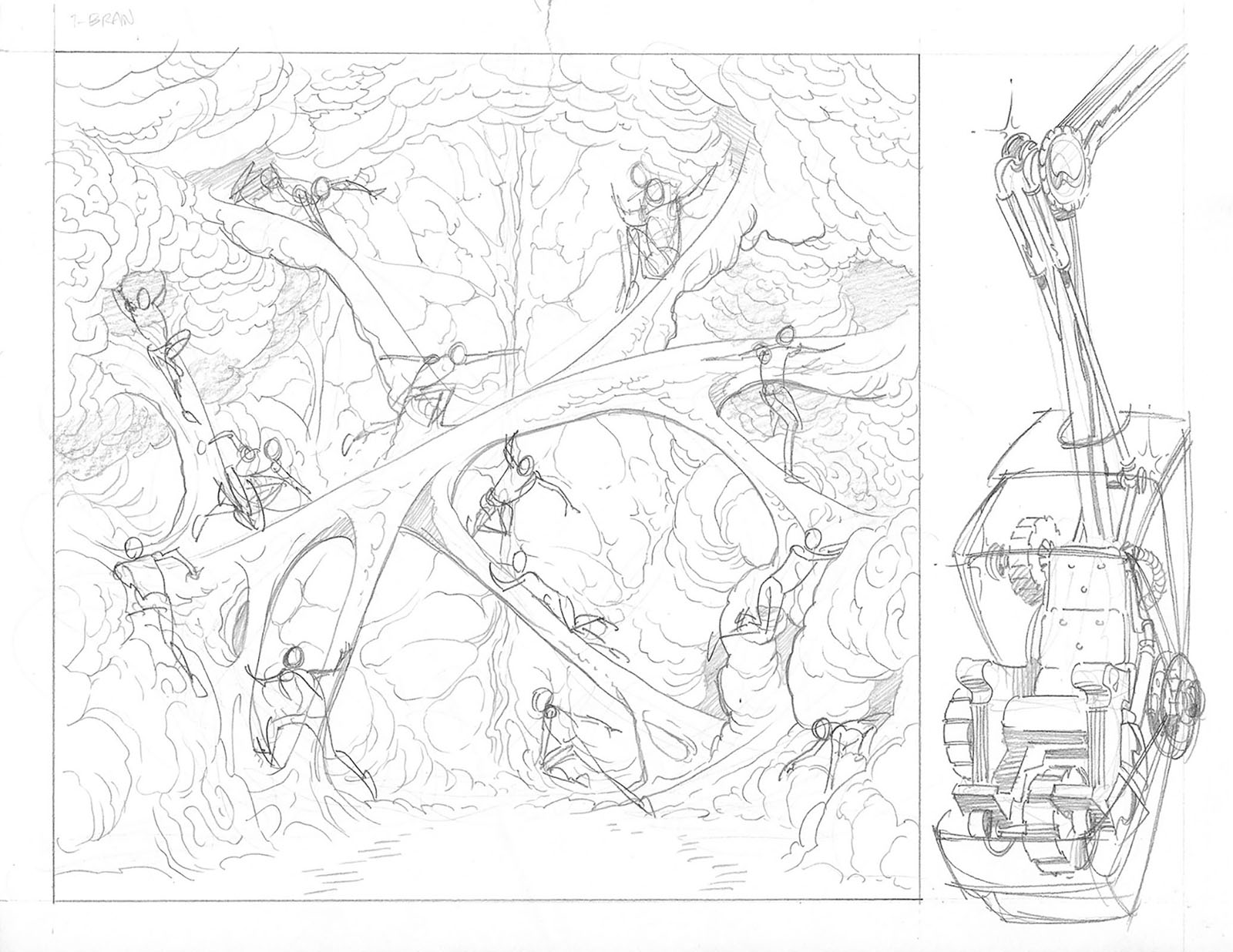 THE BRAIN + DEUS EX MACHINA. A glammed-up crane arm with a preacher in it 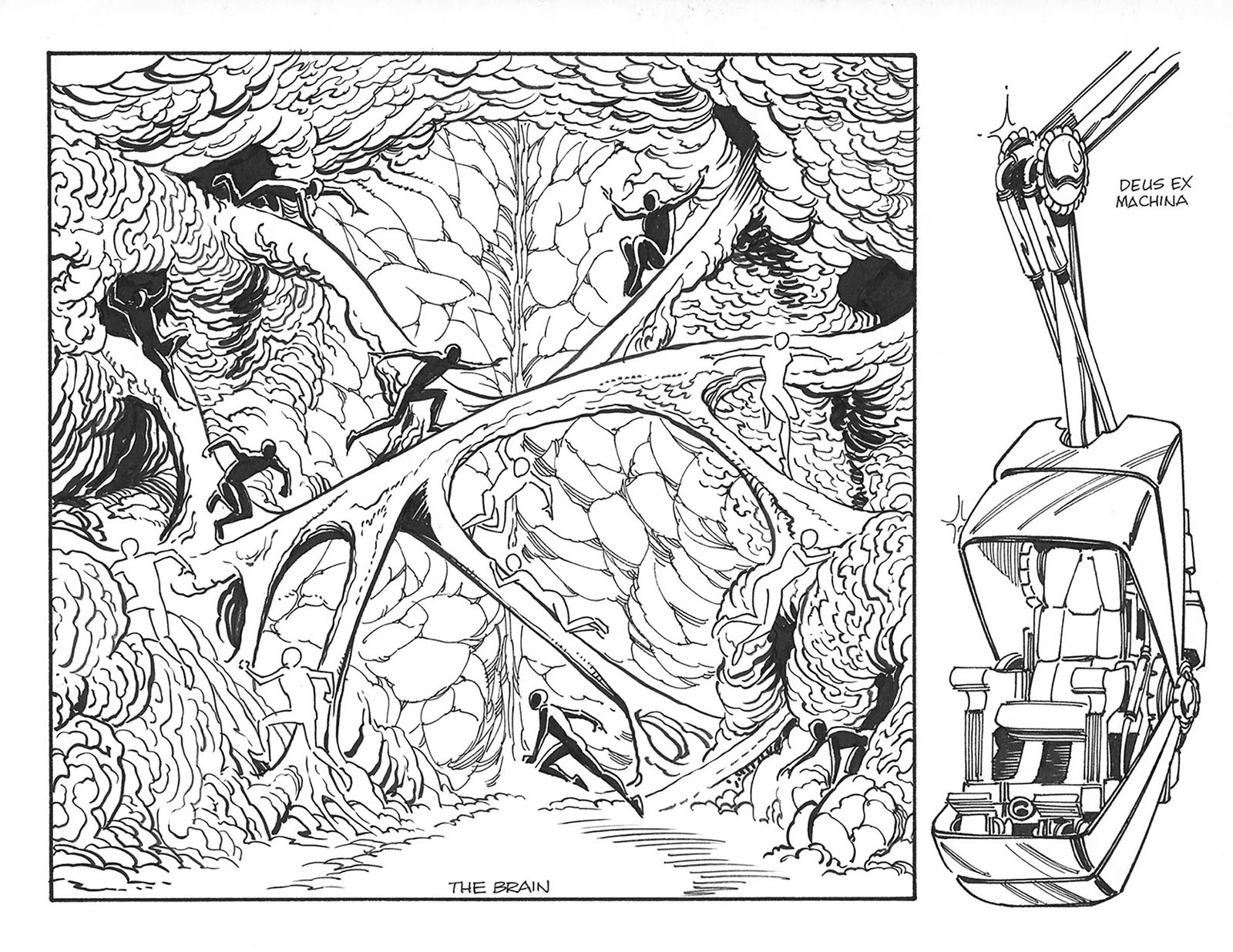 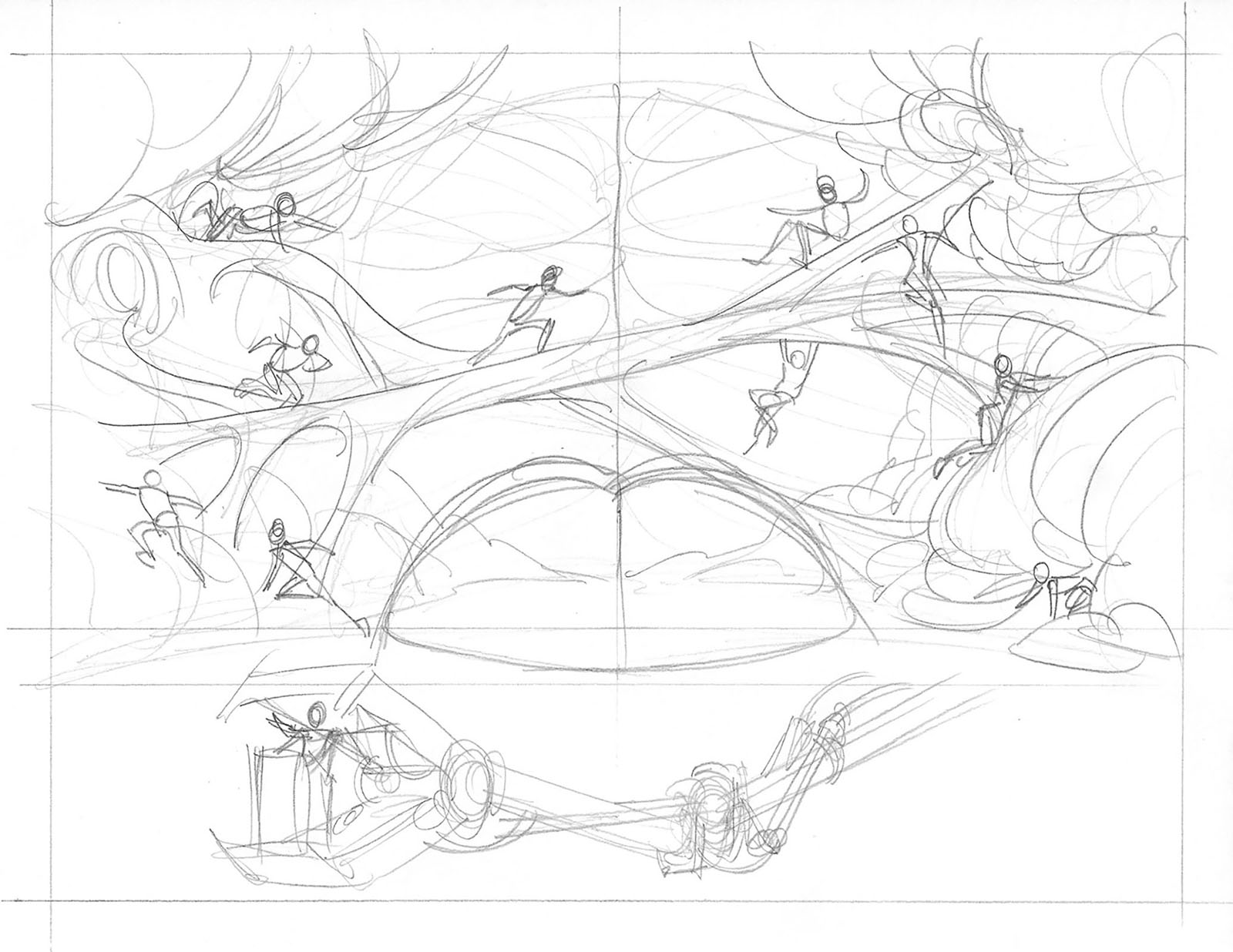 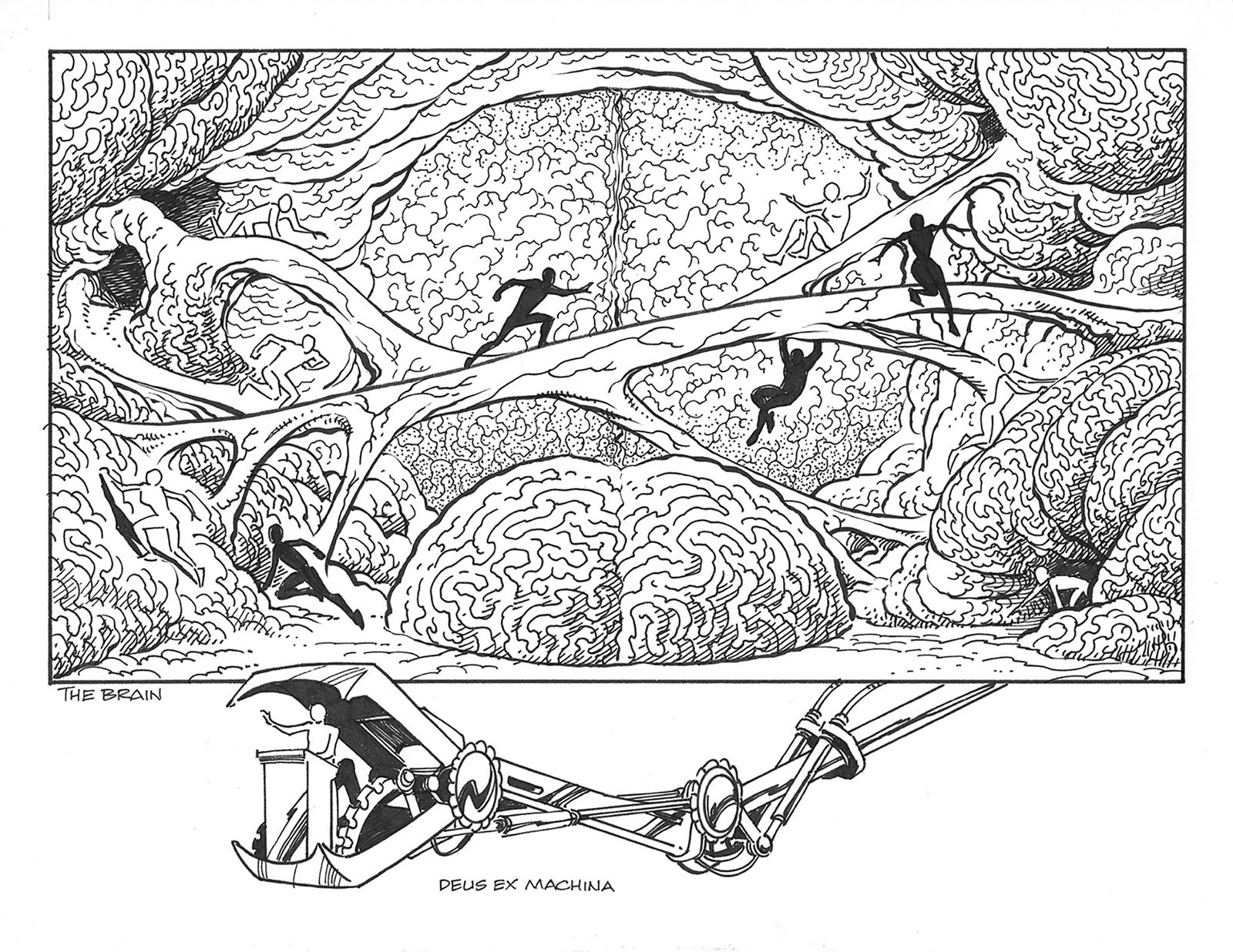 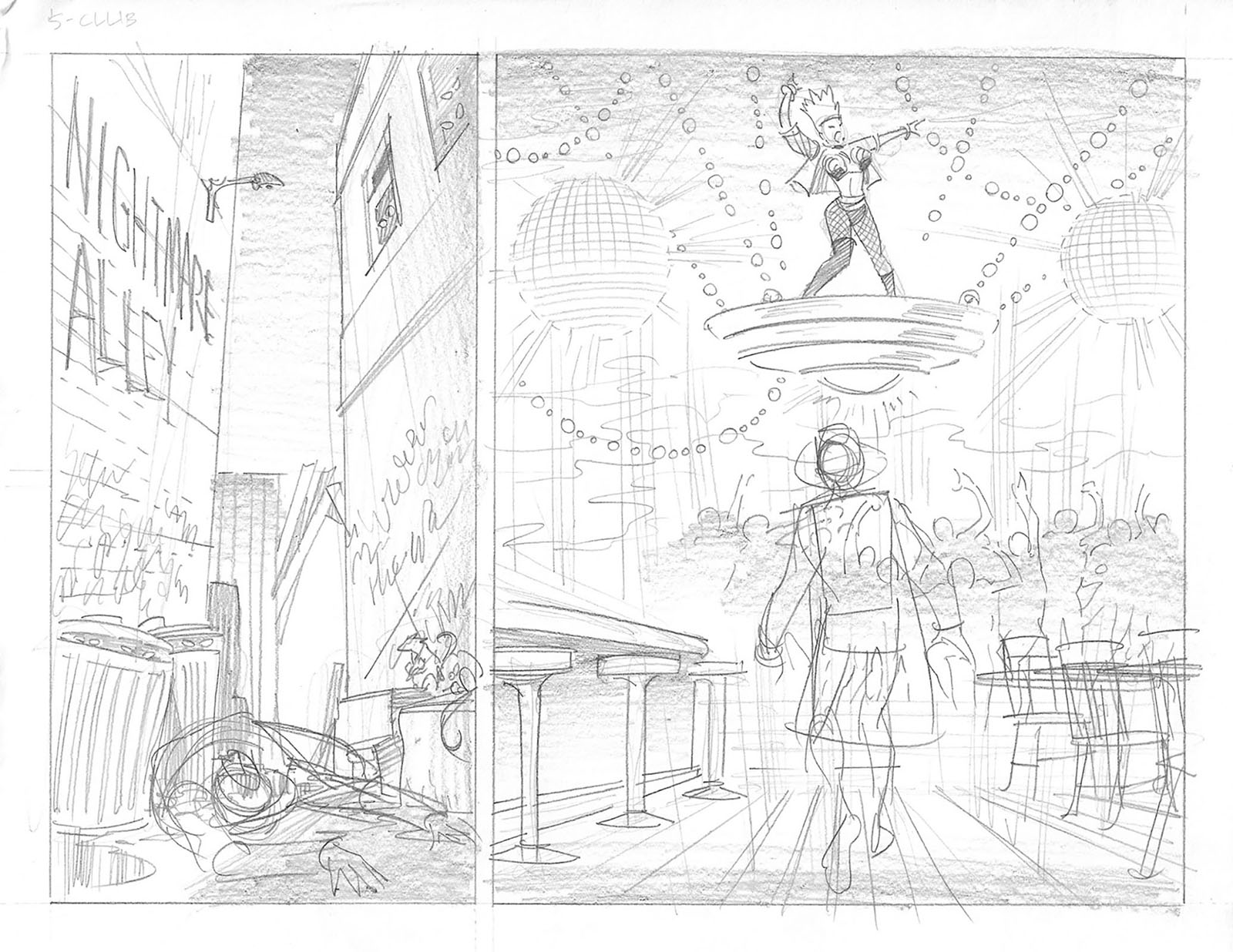 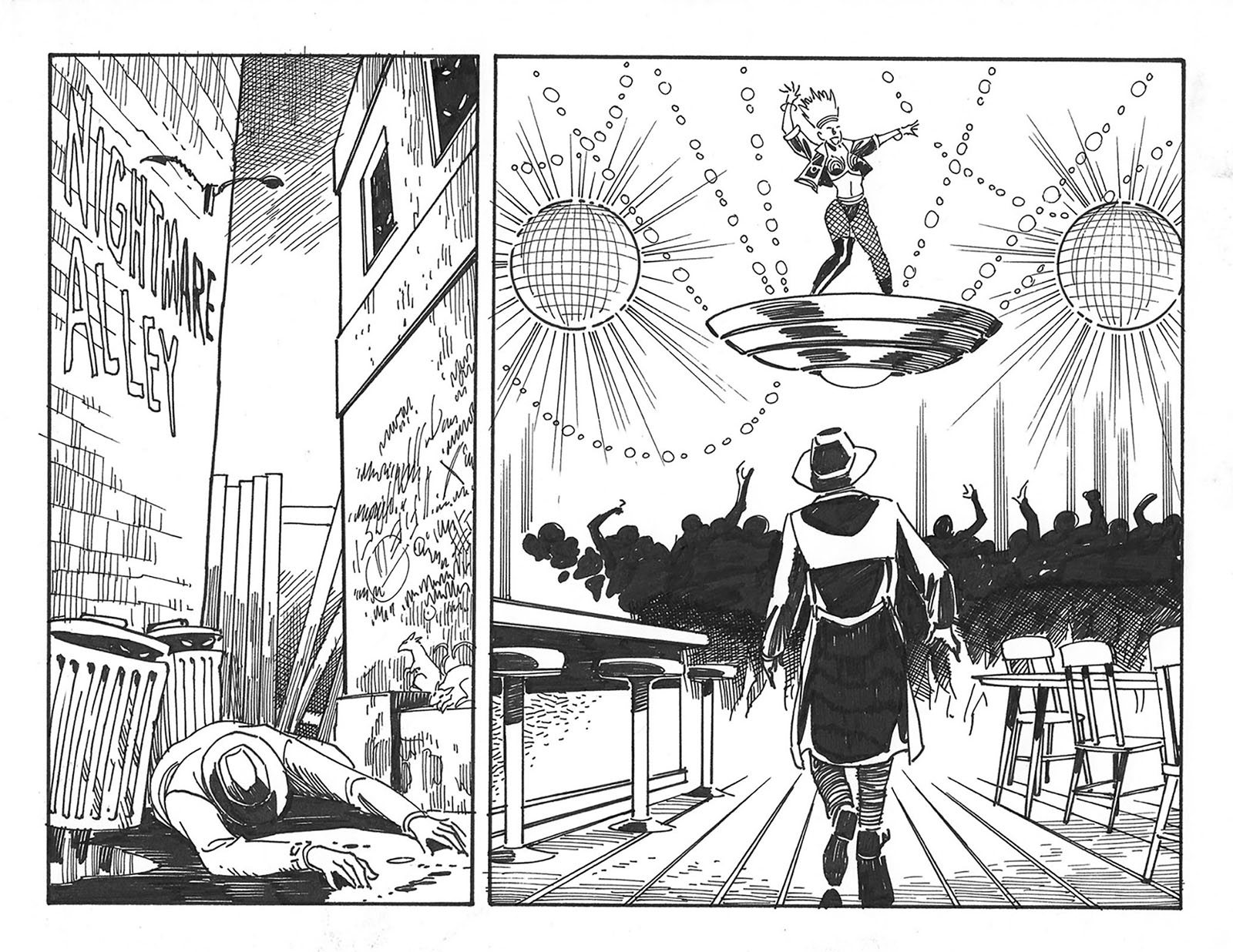 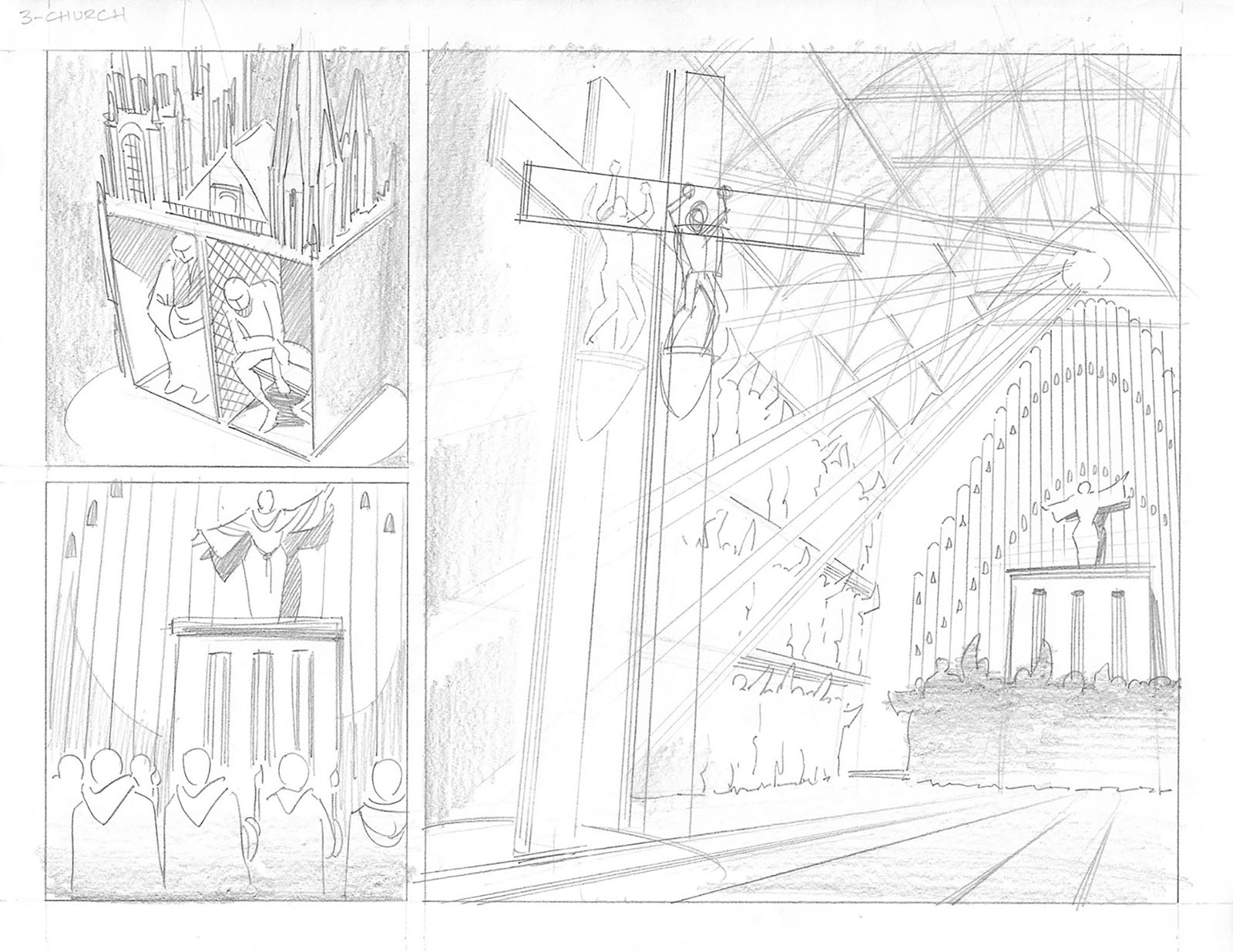 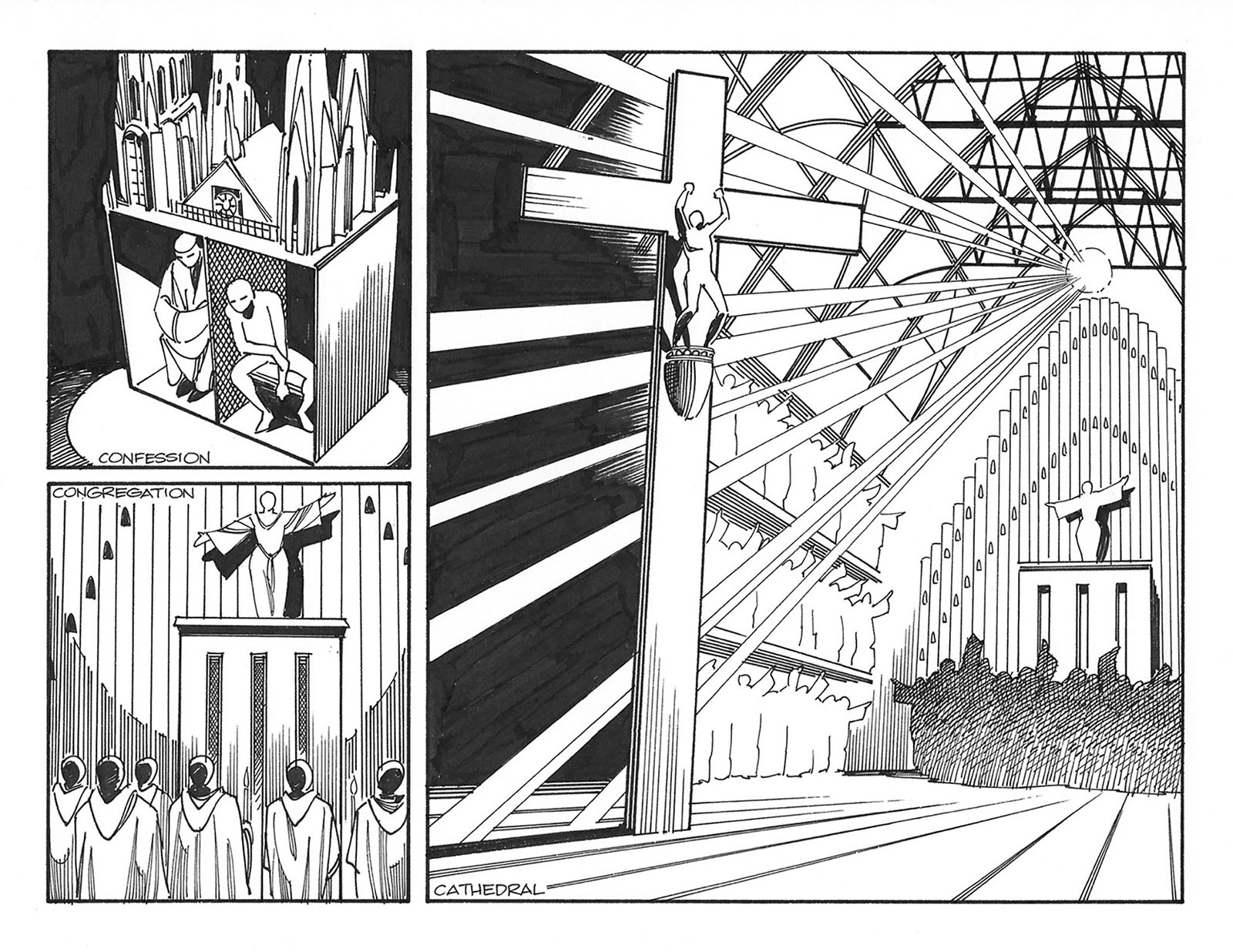 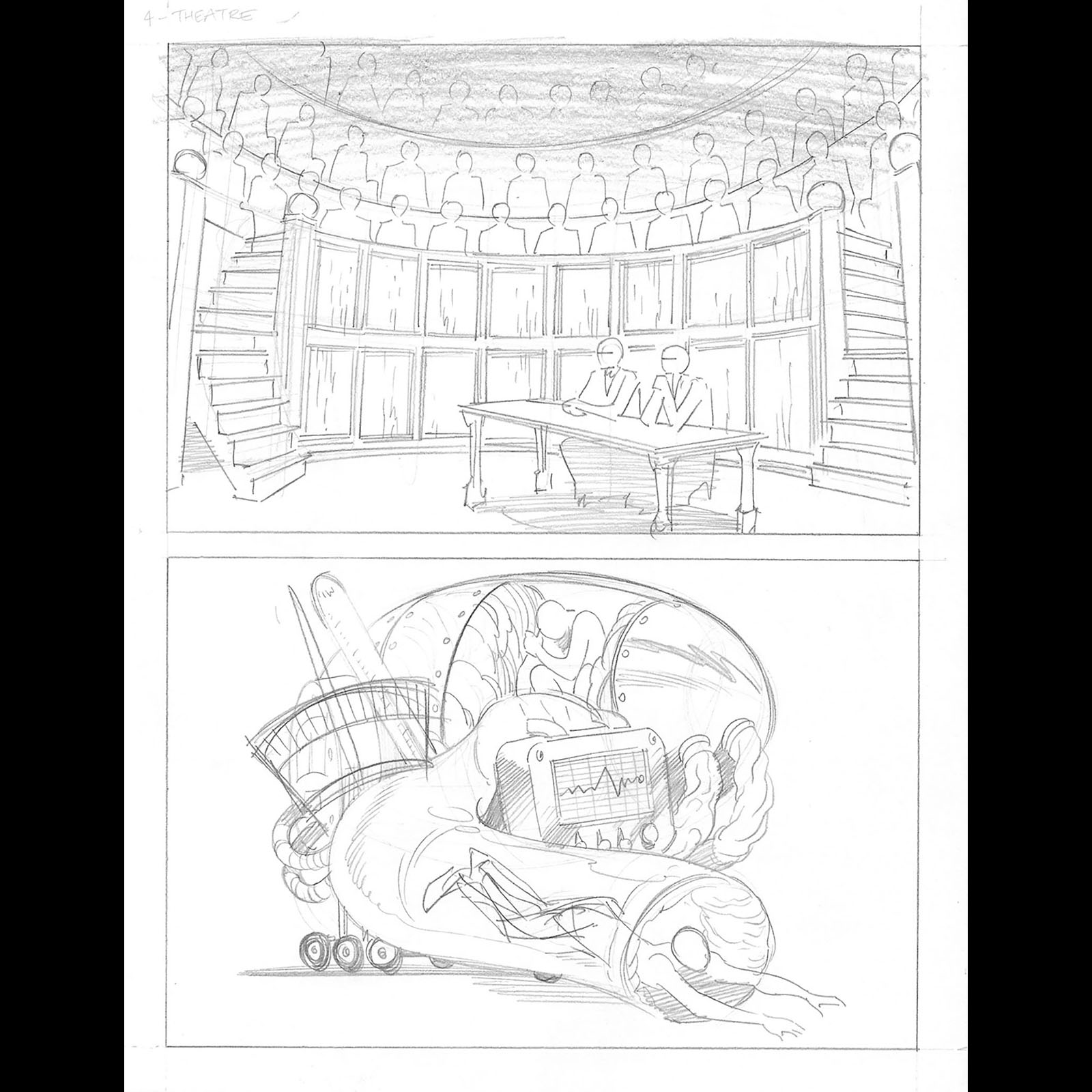 THE WORLD OF MEDICINE 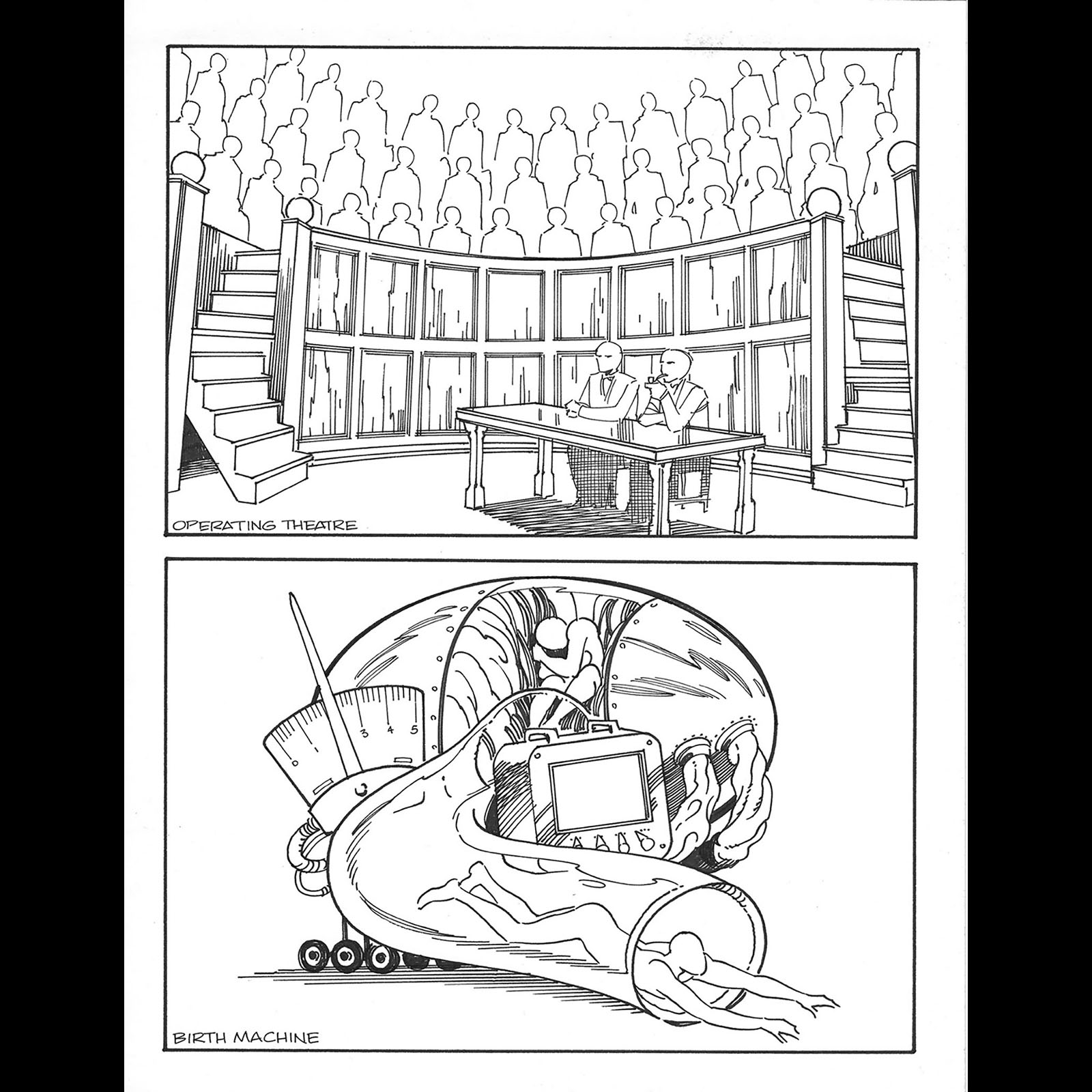 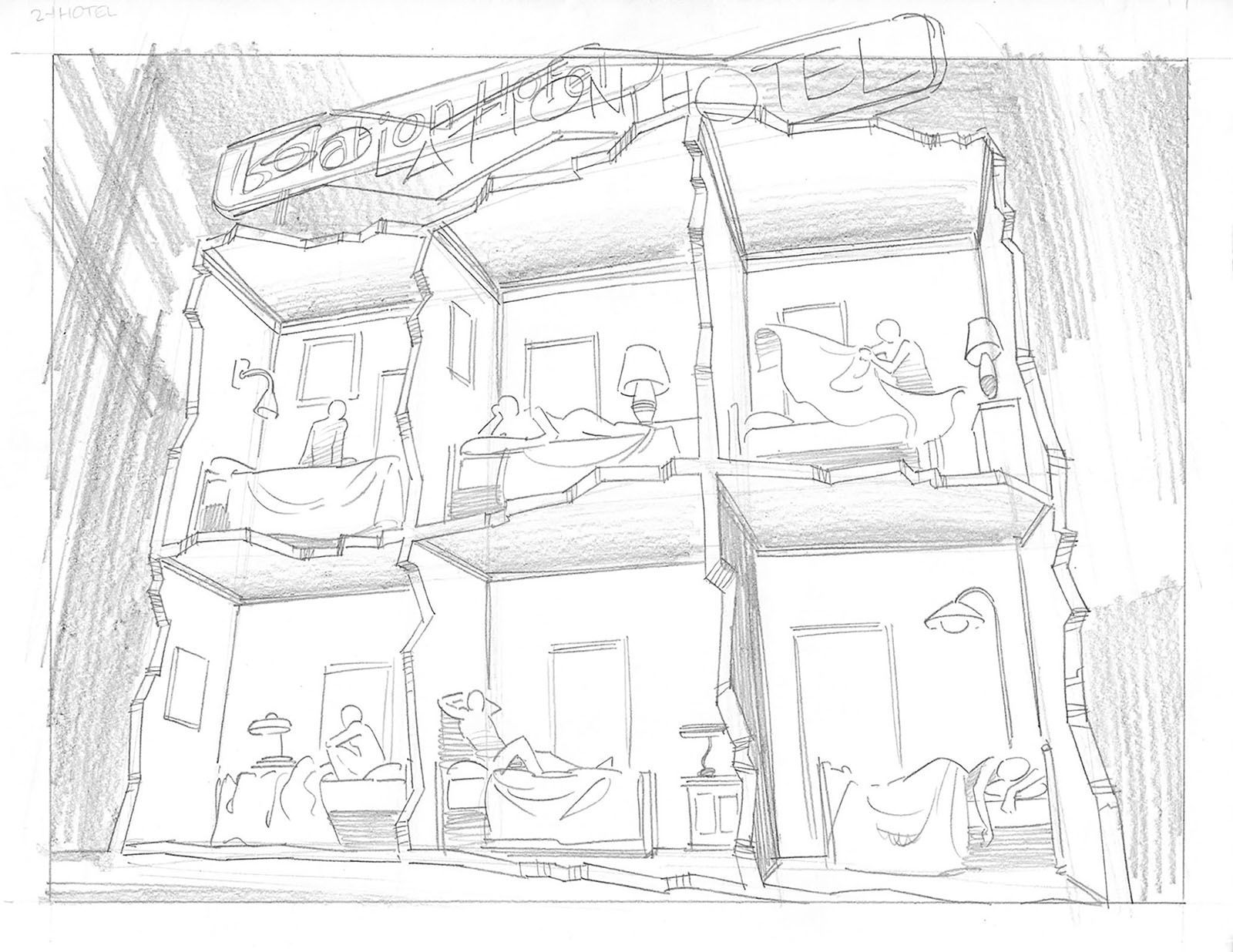 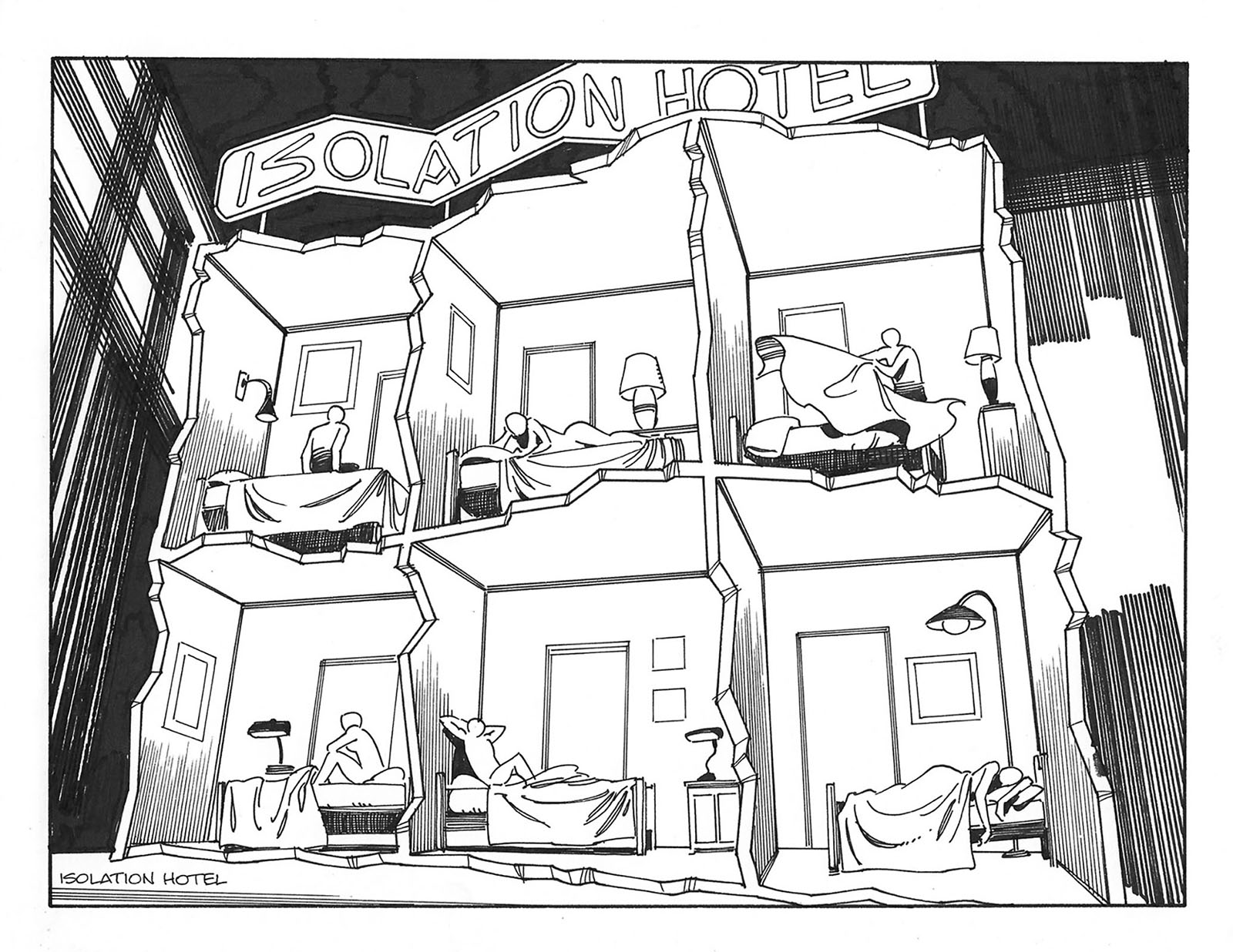 Arthur Janov died in 2017, never bringing his SCREAM musical to the stage. I don’t know if it would have been any good (I’m not a musical buff) or if I would have been involved after that first round. But it’s interesting to imagine an alternate Earth where it did go forward, and a 27-year-old Tim Eldred migrated from the world of comic books into a wild frontier of psychotherapy theater. For all I know, there might have been a beach box in it for me.