This right here is the number one reason I wanted to set up ArtValt. There are lots of things from my personal archives nobody else saw until I shared them here, but this one is exceptional: the climax and finale of my first original comic book series.

If you’ve been reading the BROID articles from the start, you’ve seen how much effort and passion I put into the project. It went from a ghostly image in my head to a sci-fi epic that often rushed forward on its own with me barely keeping up. That’s what it’s like to write a big, complex story with a lot of layers to it. At a certain point, it really feels like it’s using you to get itself written. Living with an idea is exactly like having a partner; you collaborate. Sometimes you’re driving, sometimes the idea drives you. When the finished product comes out the other end, a certain part of it feels magical to you. Like it created itself. And you want everyone in the world to see that part.

For me, that part is the climax of a story, where all the carefully-woven threads finally reveal a grand pattern. This is the point where the idea takes the wheel, like when you’ve pushed a boulder close enough to the edge for gravity to take over. Then you get to become a spectator to the carnage that follows, the most privileged member of the audience.

That’s how I think about these final four issues, originally designated books 10-13. The whole point of putting the labor in on previous chapters was to get to these four and watch the boulder go past the tipping point. Significant moves happen in every issue, discoveries are made that overturn what we know, and all the players enter the field for the last time. It was shocking and thrilling to feel it rush through me onto the page. It was the reward for my dedication.

When we got to early 1991 and low sales numbers were pushing nails into the coffin, I realized that I had only one opportunity to share the final issues with readers; by offering the rough layouts for direct sale. I explained to my editor at Eternity Comics what I wanted to do and requested that a page be used to promote it at the end of Shatterpoint #4. Here’s that page: 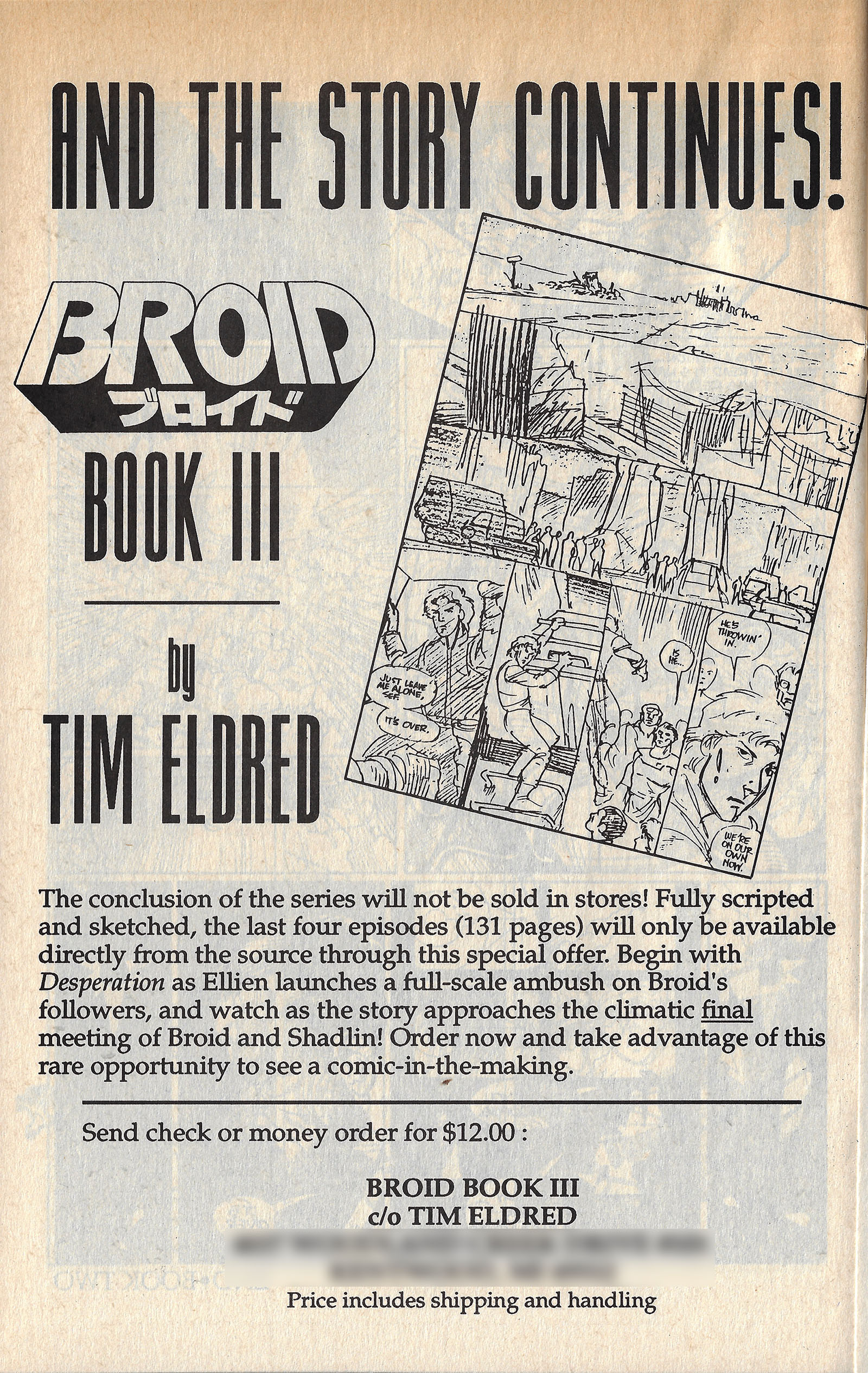 When Shatterpoint #4 was published in March ’91, I started watching my mailbox for replies. Slowly, they started showing up. In all, maybe a couple dozen people took me up on it. Each one sent me a $12 check for photocopies of the rough layouts with all the dialogue in place. There were no covers, since I never had the need to design any. There were also two “rogue pages” from Book 10 that I penciled just before I started drawing BROID #1. It was a way to get a feel for things, and I thought it would be cool to have them as random sample pages “from the future.” Ironically, the first pages that actually got drawn were destined to become orphans.

That’s the package that got mailed out. I attached a cover letter that explained for the first time the various steps that led up to publication and how we got to this point. It’s included with Book 10 below.

And with that, here are the issues themselves. Keep a firm grip on your seat. This rocket is leaving the pad. 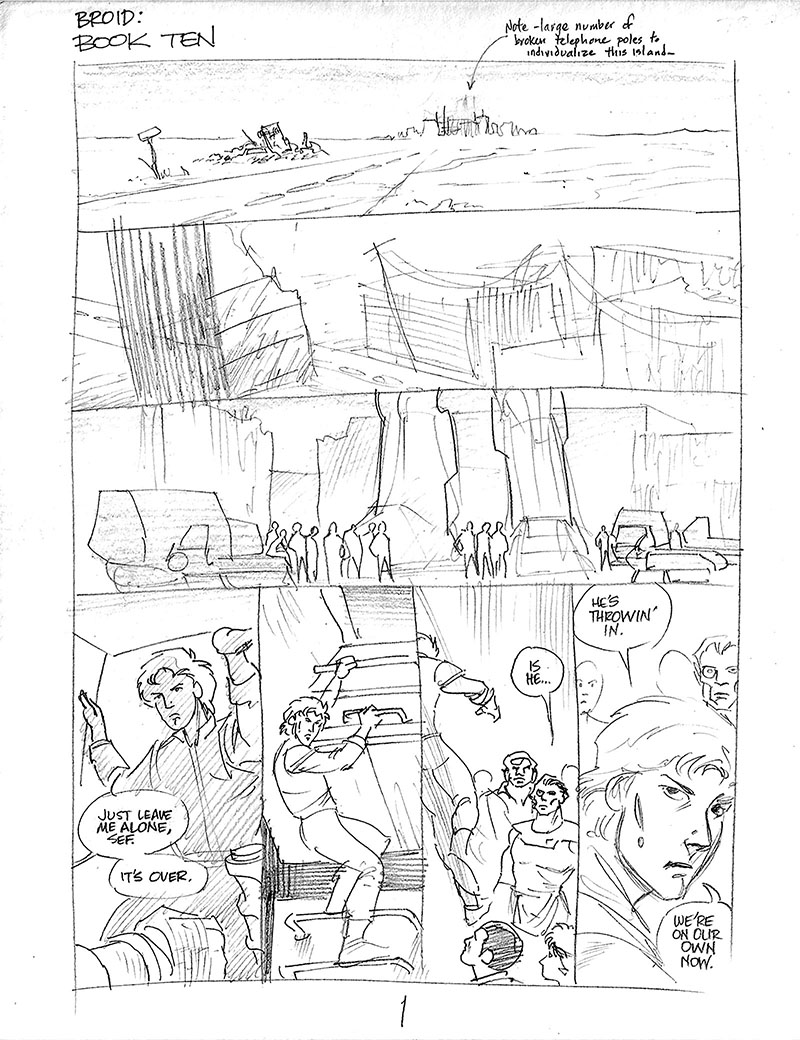 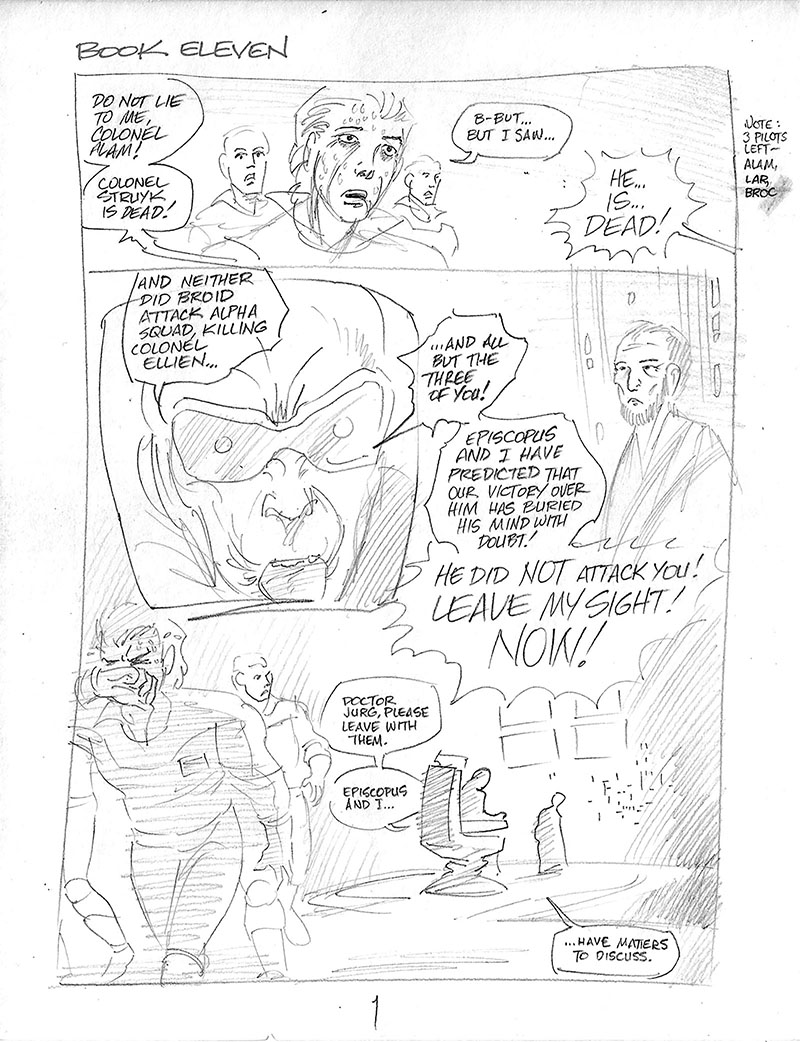 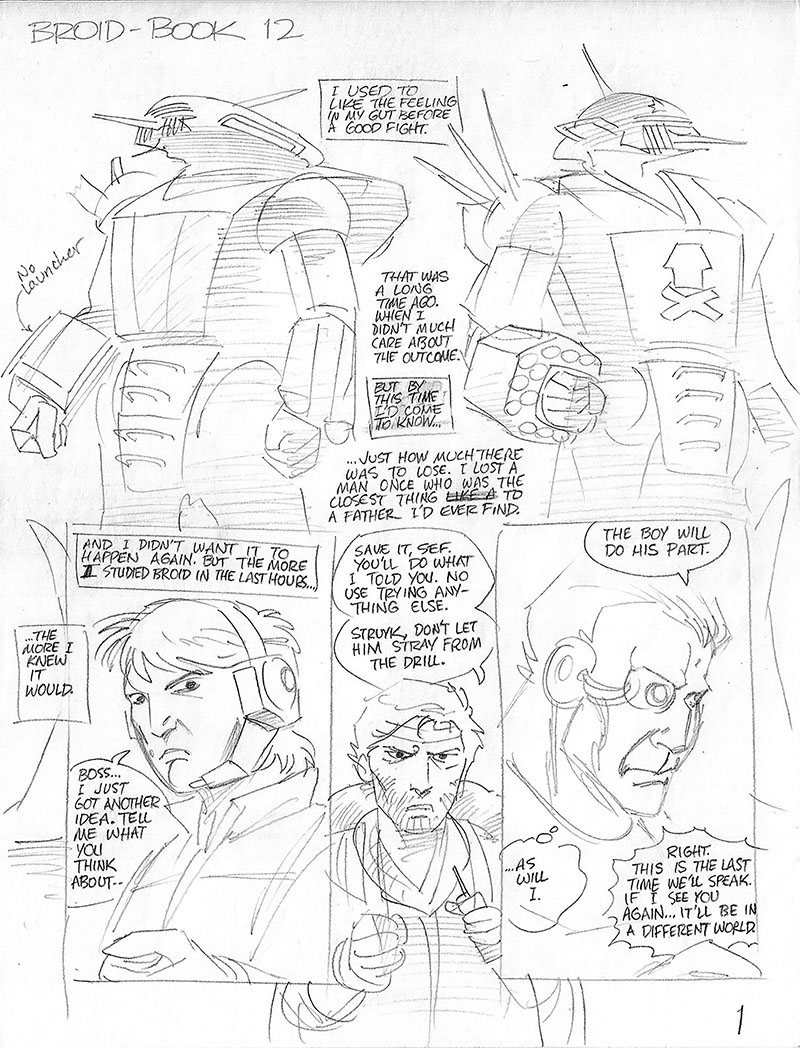 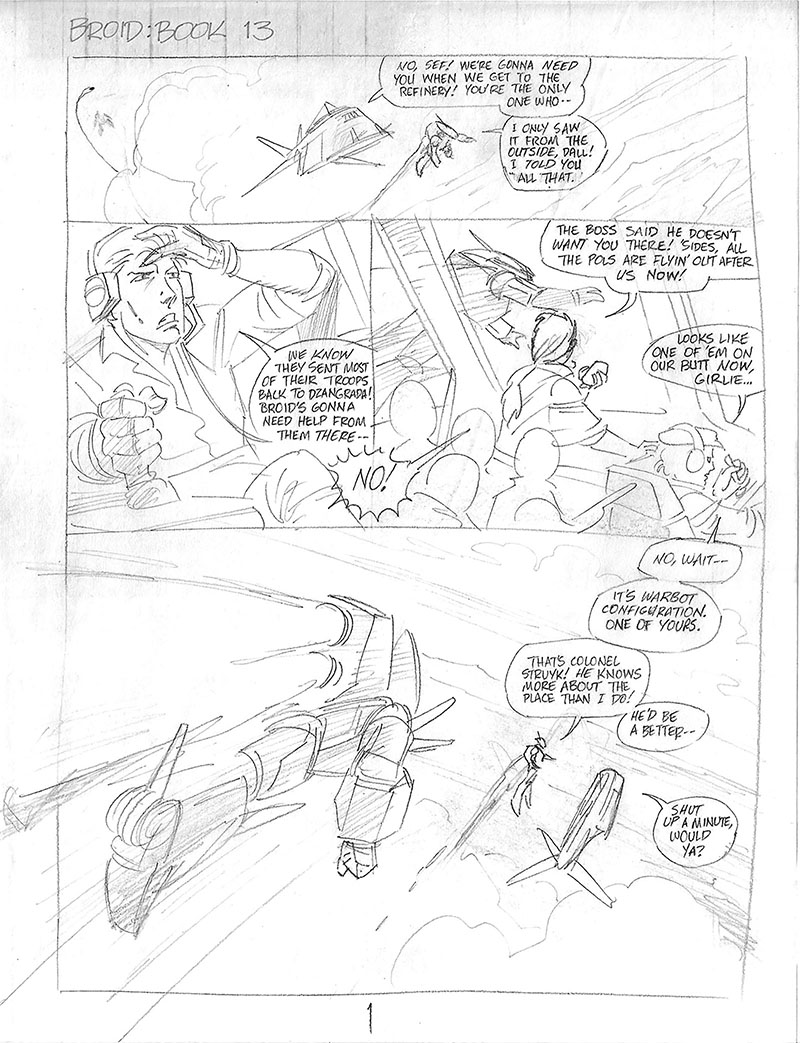 Despite the premature ending of BROID, my professional comic book career was advancing at a good clip. The other projects that kept me going during this time were the second Lensman series and my next original story, Chaser Platoon. Both will be presented here in the near future!

Thank you for reading BROID to the end. It was a long time coming.

3 thoughts on “BROID: the unpublished issues”