Looking back at The Brave and the Bold nearly ten years after it ended, what sticks out to me most is not the content of the series but its production structure, which is now a relic of both the 20th century and billions of years of astrophysics. That sentence is a loaded gun, so I’ll discharge the bullets as precisely as I can. 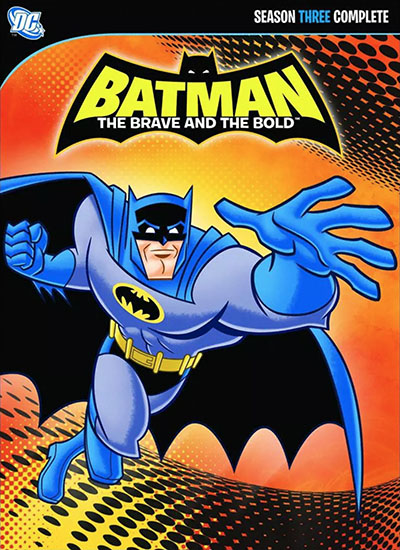 20th century TV production took a while to work itself out, but ultimately came down to the magic number 13. Multiply 13 by four and you get 52, the number of weeks in a year. In other words, if you divide a year by four, you get equal chunks of 13 weeks. This dictated the number of episodes that would make up a season of a weekly TV series. 52 was a pretty big commitment, but 26 was manageable. You could produce 26 episodes and then rerun them to continue charging ad revenue to cover your production costs. This is why many TV series ran for six months and then recycled until the next season started.

The second phase of all this was syndication, where a show was decoupled from a network’s weekly timeslot and could be broadcast anywhere. If the show stayed on the air for 65 episodes, a syndicator could position it for a daily slot, 5 days a week for 13 weeks. Again, there’s that magic number.

There was plenty of tinkering with that model. For example, you could do a 13 episode season, but then you’d start your reruns early and lose your audience sooner. But the ideal, mathematical package always followed units of 13.

The astrophysics part is actually simpler to explain; over billions of years, Earth settled into a 52-week orbit around the sun. It was completely random, a product of mass and gravitation, and could easily have been some other number. But it wasn’t. So our TV seasons – and thus our production cycles – were dictated by the orbital period of the Earth. Or at least they were before the streaming age began.

Bringing it back on topic, The Brave and the Bold seasons 1 and 2 ran for 26 episodes each, but season 3 had only 13 episodes. All three together added up to 65, which qualified it for syndication. So now you know why it stopped there; no more were needed.

All this seems pretty quaint today. 26-episode seasons are pretty much extinct as far as I can tell. We seem to have reverted to our long-standing cultural penchant for 10s and 12s, dating all the way back to finger-counting and Sumerian numerology. Humans had to settle on one unit or another, and that’s what we picked. Those units still determine how much TV production work you can get in a year.

Anyway, here’s what I did for the last season of this terrific show. It was one delight after another, and the undisputed high point for me came in Episode 9. It was another luck of the draw, and I have seldom gotten luckier. 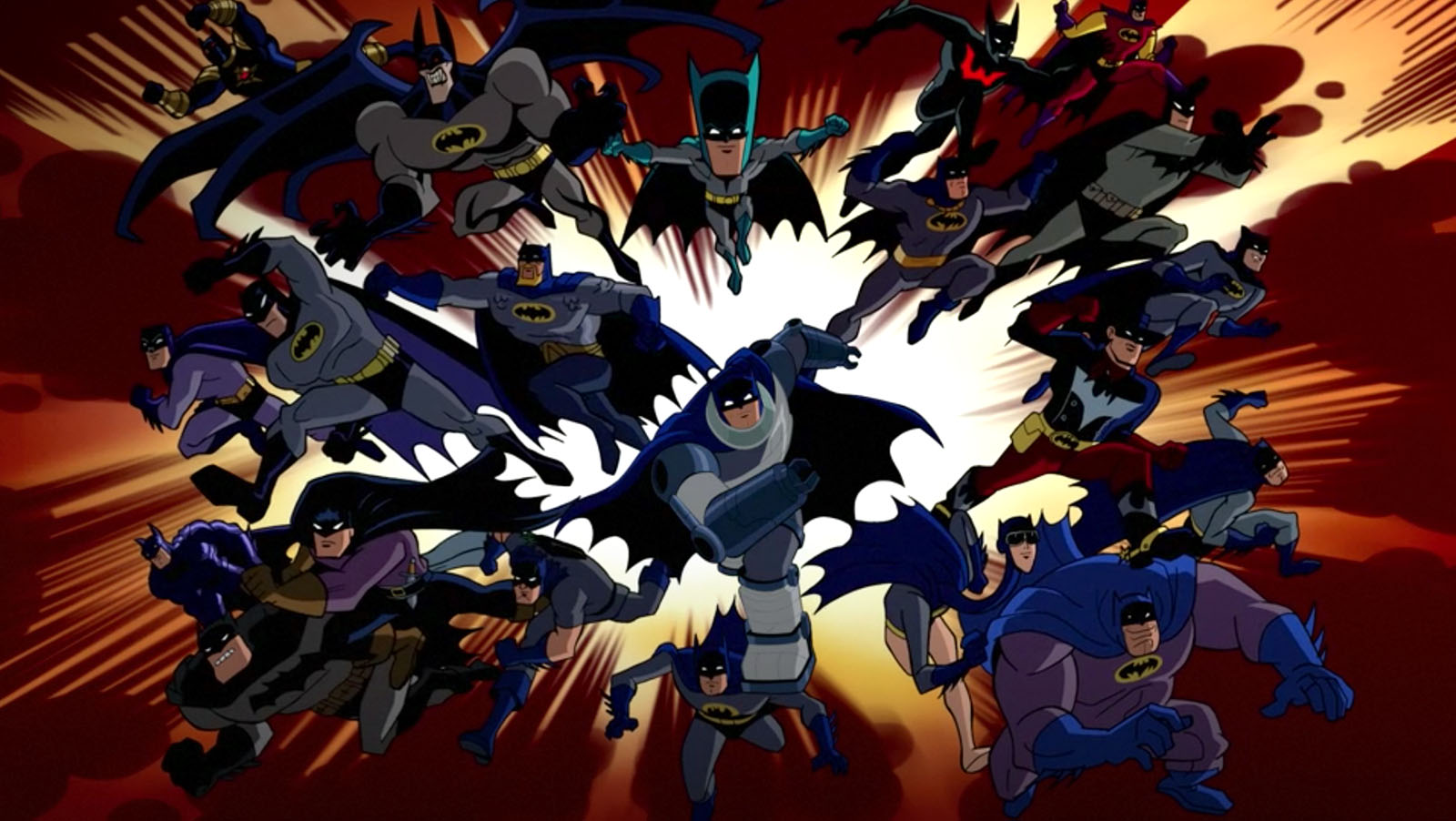 Season 3 debuted April 2011 (one week after season 2 ended) and ran through November. It was released on Blu-ray in 2017 and can now be streamed on iTunes, Amazon Prime, Xfinity, and HBOMax. I contributed to seven of its 13 episodes.

1. Joker: The Vile and the Villainous!

Threatened by Batman’s new crime-predicting machine, The Joker brings The Weeper (voiced by Tim Conway!) out of retirement to help take foil the Dark Knight.

I drew the storyboard for all of act 2 (starting at 10:48) and the start of act 3. A lot of good stuff was cut for time, but can still be seen in my draft.

See clips on Youtube here (my work starts at 1:30) and here

Batman is injured and hospitalized, prompting Aquaman, Captain Marvel, Green Arrow, and Plastic Man to don Batman costumes and protect Gotham City from a crime wave. When Joker takes the four of them down, Batman must evade the care of Martian Manhunter to stop Joker’s plot.

This was one of my favorites, a truly archetypal episode that made great use of the characterizations built up over seasons 1 and 2. I storyboarded the act 3 climax (starting at 18:20), which was a blast even though a lot of my ideas didn’t get preserved. But even better was the final shot (seen higher up on this page), which had more Batmen in it than should legally be allowed. And I drew every single one of them. I wish it was available as a poster.

See the whole segment on Youtube here (starting at :25)

5. Battle of the Superheroes!

Finally, Superman! The man of tomorrow is infected with a Red Kryptonite necklace secretly given to Lois Lane by Lex Luthor, which causes Superman to become evil. Now Batman must work with Krypto to hold off Superman until the effects of the Red Kryptonite wear off.

I did most of act 1 (starting at 4:20) and a couple bits in act 2 and act 3 (leading up to the finish). Some material was rewritten after my work was done, which makes for an interesting comparison between the thumbnail and the episode.

See part of my act 1 sequence on Youtube here

This one was a wild ride. When Batman disappears, Aquaman and Atom (Ryan Choi) must shrink to a microscopic size in the Amazon Jungle to find the missing Caped Crusader and the original Atom, Ray Palmer.

We’ve reached my favorite moment of the season, and one of the proudest moments of my cartoon career. When I sat down with my director Ben Jones to talk about this episode, it turned out he didn’t quite know how to handle the teaser because he wasn’t familiar with the guest character. When he told me the character’s name, I just about fell off my chair: SPACE GHOST!

I watched Space Ghost all the time as a kid and was 100% qualified to take it. Ben was relieved to hand it over. And that’s the whole story about how I lucked into storyboarding the once-in-a-lifetime teamup of Space Ghost and Batman against the Creature King. It was also a nice moment of cartoon symmetry, since Space Ghost was originally conceived by Hanna-Barbara as a “space version” of Batman. And you better believe I hung onto the complete storyboard when I was done. Pretty much all of it ended up on the screen.

I also did a bit for the start of act 3 (at 16:55), but after that glorious teaser all my other work for this season was an afterthought.

Captain Atom, the newest member of the Justice League International, is drained of his powers when the team takes on his old enemy Major Force. As the League try to stop the villain’s rampage, Captain Atom struggles to fit in without powers.

This was my weirdest assignment of the season; the opening of act 1 and the ending of act 3 were parodies of kid’s safety commercials, and I also got to draw a sequence of Batman getting killed four times in a row (starting at 4:50). Definitely a sign of things winding down.

See part of the opening on Youtube here (stars at 3:10)

In truly meta romp of self-reference, Bat-Mite has grown weary of Batman: The Brave and the Bold, deeming it tired and repetitive, so he concocts a scheme to make it so bad that the network will have to cancel the show to make way for a darker one. Can Ambush Bug thwart his plan before it’s too late?

Having been there for the very first episode, it was immensely satisfying to also get a piece of the very last. Everybody else on the crew ganged up for a final taste, so assignments were short and sweet. I got the opening (starting at 3:00), which can be seen on Youtube here.

I also did a short bit featuring Ambush Bug (at 10:42) which was almost certainly another once-in-a-lifetime opportunity. (Regrettably, I didn’t save the storyboard for some idiotic reason.)

Lastly, this episode contained an in-joke aimed directly at Generation X viewers. There was an actual scene of Batman jumping a shark (which I got to draw) AND Ambush Bug was voiced by the one and only Henry Winkler. I’m certain this was not a coincidence. 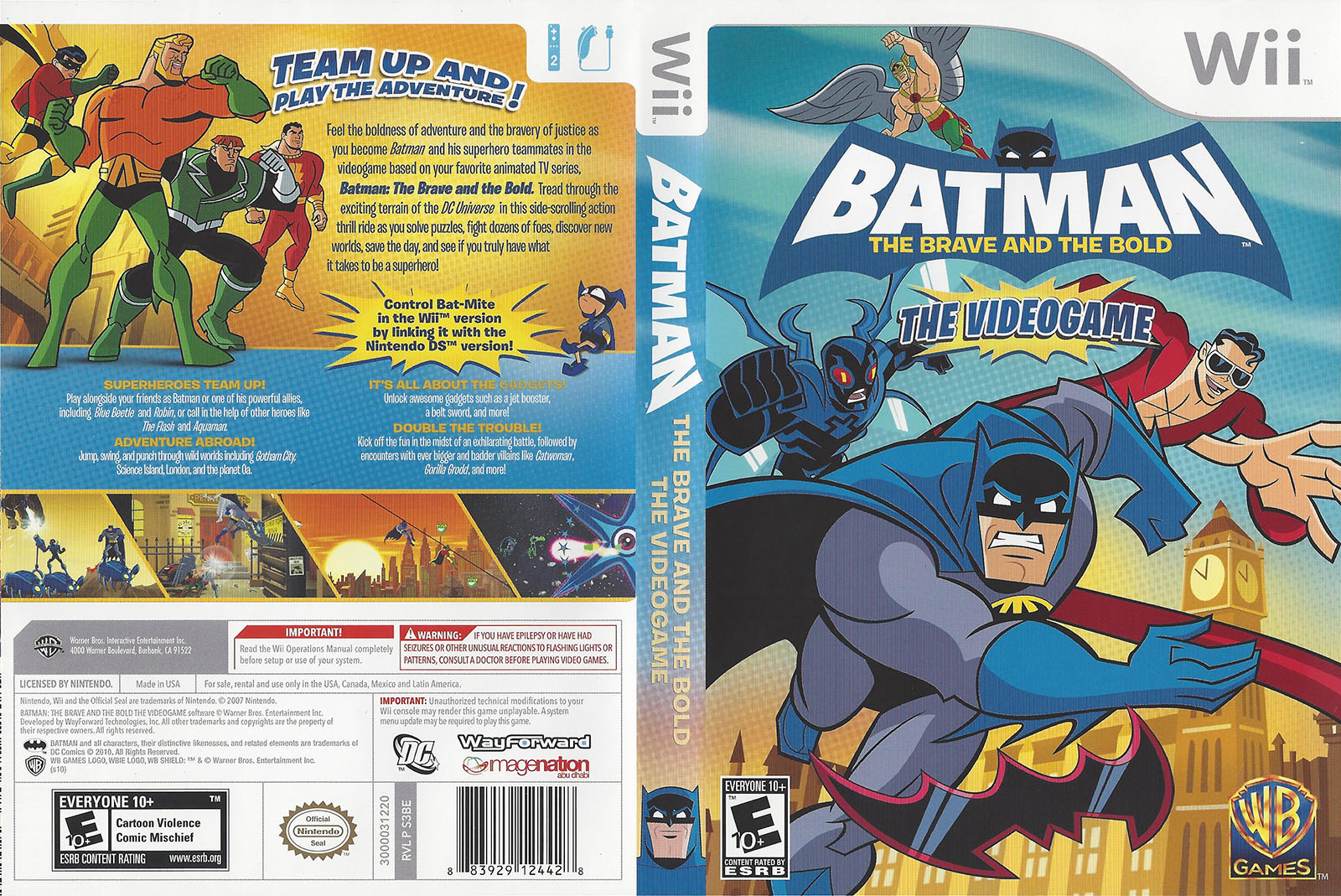 Some time after B&B closed up shop, I was invited to do a few more B&B storyboards. This time, though, it was different; I would be doing some animated cutscenes for the B&B Wii game. As I recall, there was no actual director attached to the project, so they called in the freelancers they trusted most to get it right without a lot of hand-holding. That was as nice a thank-you as I could have asked for.

See a promo for the game here

And that’s everything I have to say about The Brave and the Bold. Do I miss it? Yes and no. I miss how flexible and natural it was. I never had to struggle with it. It could magically accomodate almost any kind of storyboarding technique, and you really felt like you were making it your own show. On the other hand, I was simultaneously freelancing for Avengers: Earth’s Mightiest Heroes, alternating between them every two weeks. So jumping back and forth between a DC teamup show and Marvel teamup show could get pretty grueling.

Of course, my next major project would be five straight seasons of Avengers Assemble, so there seemed to be no escape from superheroes.

The image above appeared in the finale of the last episode. Those of us on the crew were given a color print and a classy letter of thanks from Producer James Tucker. Gestures like that are quite rare, especially because the image didn’t exist until the end of post production, months after we’d all scattered to the four winds. A special effort was made to get this into our hands, and it made me miss the show quite a bit. 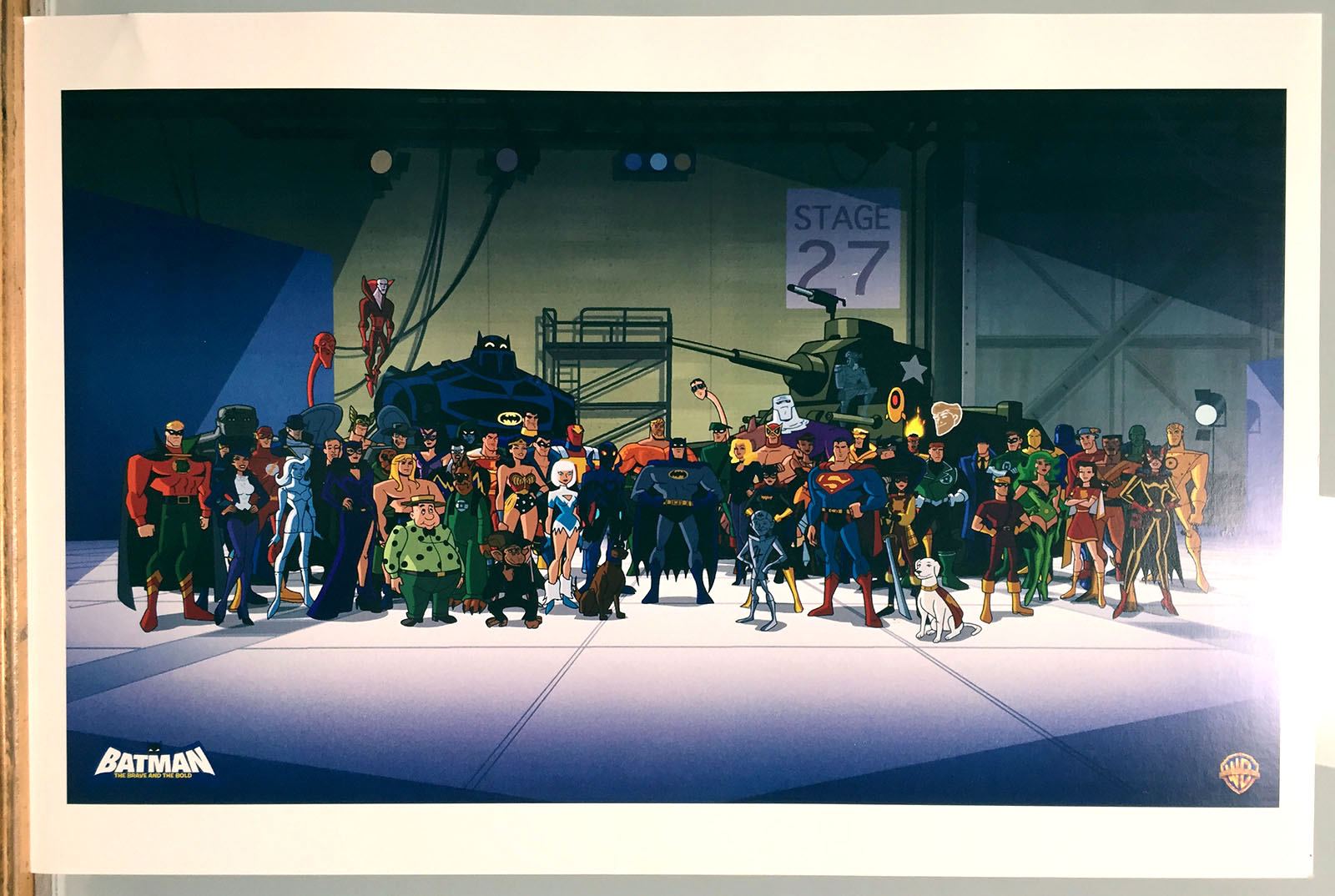